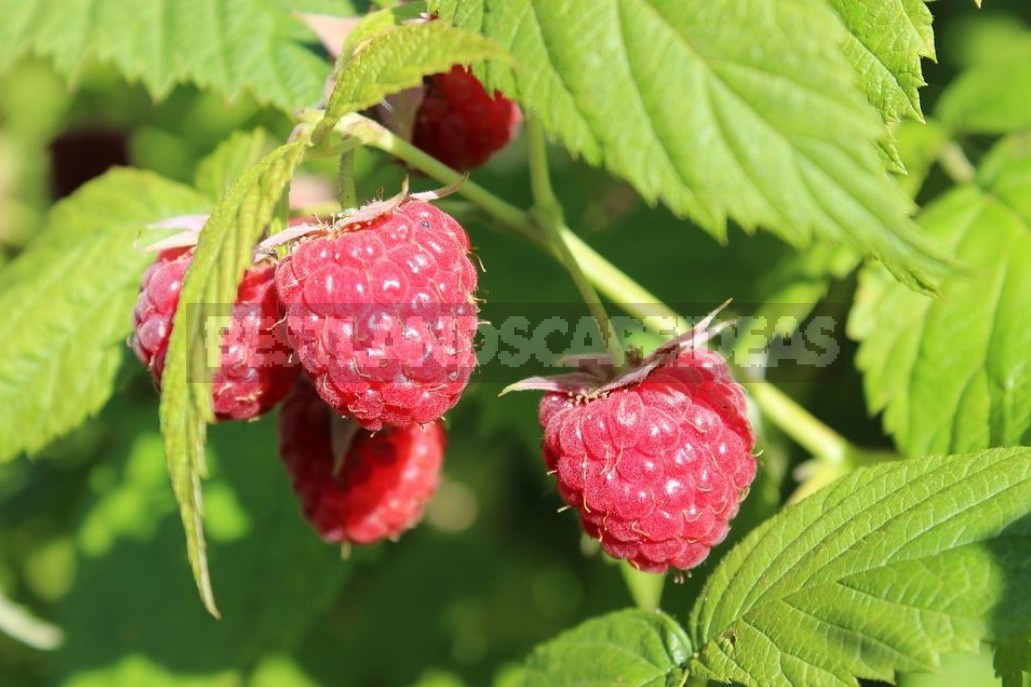 In nature, raspberries grow in Sunny, well-lit, protected from cold winds, where a lot of snow accumulates in winter. Its roots are located under a thick layer of loose, rotted plant remains, so it is very demanding on soil fertility. Such conditions need to be created for raspberries and in the garden.

This crop feels best on medium to light loam, rich in nutrients. Such soils are well warmed up, they are more loose and moisture-intensive. On clay soils, organic fertilizers are applied for two to three years (10-15 kg / sq.m of manure or compost) for autumn digging. On peatlands, clay is added for digging. Raspberries can be grown on sandy soils, but to increase their moisture capacity, you need to add peat and clay, 25 kg/sq. m.

Raspberries grow well in medium-acidic soils. If Ranunculus repens, Equisetum arvense, Rumex confertus, Carex, Cirsium, Tripleurospermum inodorum appear on your site – this is a signal that the soil has an increased acidity, and it needs to be limed. Ground limestone is evenly spread on the surface of the site along with organic fertilizers and dig with a shovel. It is advisable to hold this event 1-2 years before planting raspberries.

How to limit growth

Raspberries form a lot of growth, which is difficult to fight. Therefore, it is better to plant it on the edge of the plot, along the fence or road. This crop is usually grown in a solid strip, no more than 40 cm wide. All root growth outside the strip is cut in the soil with a shovel at a depth of 8-10 cm. Removing shoots with pruning shears at the soil surface leads to even more active propagation and depletion of bushes. 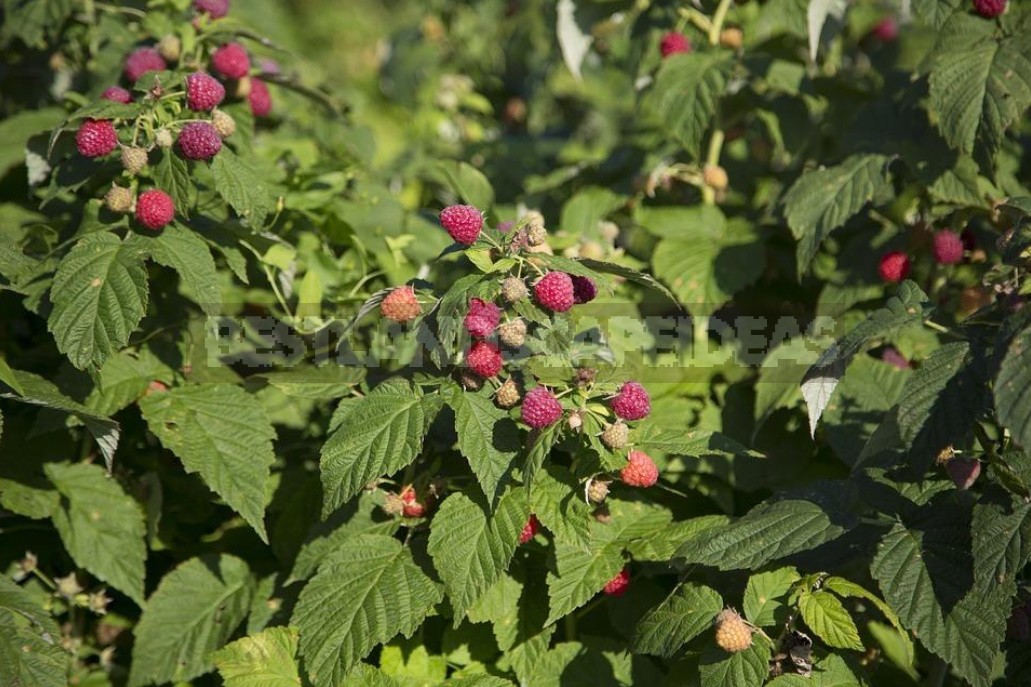 The growth of raspberries in the sides can be limited by digging obstacles to a depth of 40-50 cm at a distance of 70-90 cm from the plantings. When growing several varieties on a small area in this way, it is convenient to separate them to avoid mixing.

READ  Science Against Metal Corrosion: How Cold Galvanizing Helps Get Rid Of Rust

When is it better to plant raspberries

You can plant raspberries in spring and autumn. For spring planting, the site should be prepared in the fall, so that in the spring you can start planting at the earliest possible time. You can not be late, since the raspberry buds at the base of the stems of seedlings germinate quickly and easily break off during the preparation of planting material or transportation. In addition, in spring, the humidity is often lower than in autumn, and the temperature in the daytime is much higher. As a result, the evaporation of moisture (both soil and planted plants) increases significantly, bushes in the absence of precipitation need frequent watering. 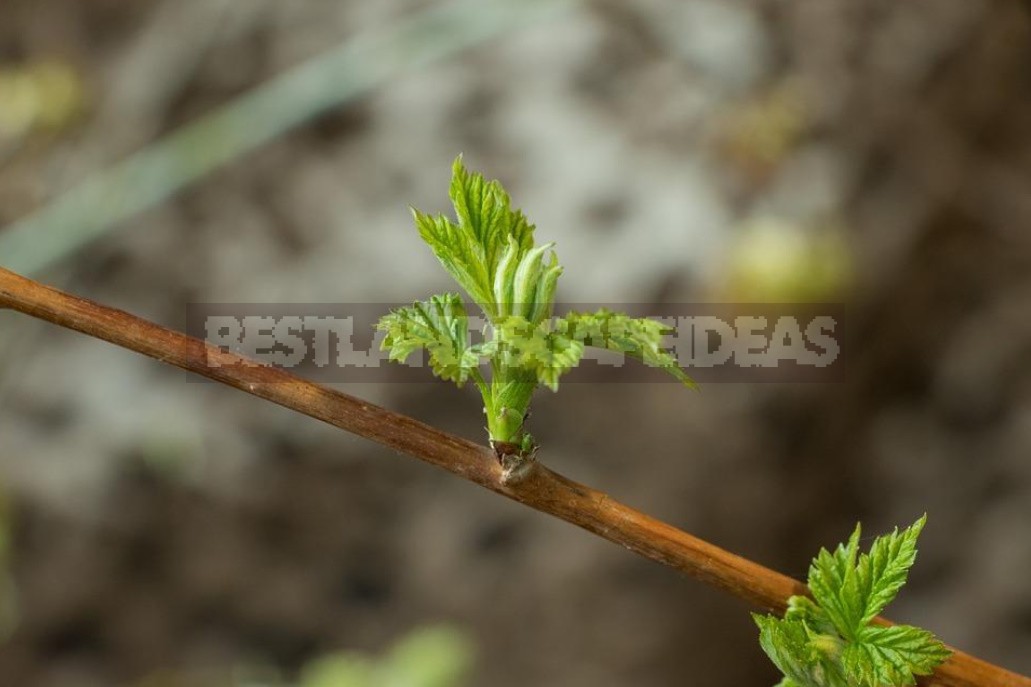 A more favorable time for planting raspberries is from the end of August to mid-October. By this time, the plants finish growing, the stems Mature enough and before the onset of frost, the seedlings have time to take root well. The plot for autumn planting is prepared in advance so that the soil has time to settle.

How to plant raspberries correctly

For planting, dig a trench with a depth of 30-40 cm, a width of 60 cm. The soil is divided when digging: the upper fertile layer is used for planting, the lower – clay-is removed from the site or scattered on the soil surface. In the soil of the upper layer, depending on its fertility, from 4 to 20 kg of organic matter, 300-450 g of superphosphate, and 800 g of ash are added to 1 g.m. If the soil is acidic, then add 70-140 g of lime. All fertilizers are thoroughly mixed with the soil and fill the prepared mixture into the trench before planting.

Seedlings need to be disinfected before planting. To do this, the roots are immersed for 2-3 minutes in a solution of copper sulfate (100 g per 10 liters of water), then washed in clean water. 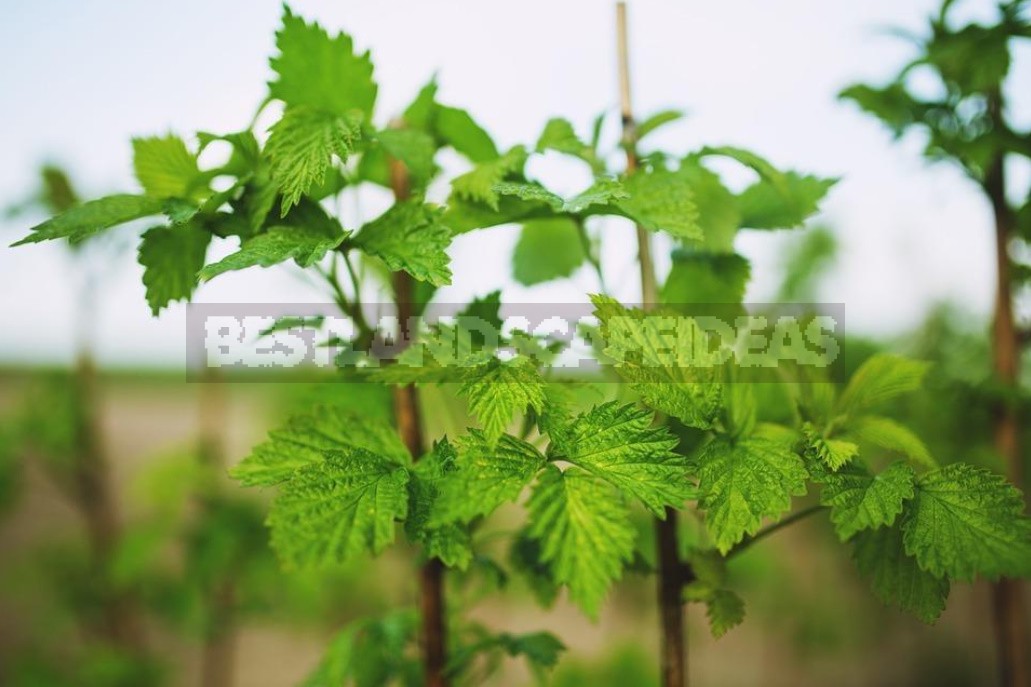 Plant the plants under the shovel obliquely to the same depth as they grew on the mother plantation, or 2-3 cm deeper. The aboveground part of the seedling after planting is shortened to 10-20 cm or cut at the soil level. If you leave a high stump, from the buds in the axils of the leaves, fruit branches grow next year and a crop is formed. The plant is thus depleted, replacement shoots grow weak or do not appear at all.

READ  Shelter Perennials For the Winter. Do I Have To?

Raspberries are very responsive to organic fertilizers (manure, humus, peat, compost, leaves), which are applied annually, starting from the third year after planting, superficially in the form of mulch, 4-6 cm thick. Under the fruiting bushes annually or every other year, mineral fertilizers are also applied at the rate of 4.5-6 g of the active substance nitrogen, phosphorus and potassium per 1 sq.m. Nitrogen fertilizers are applied early in the spring, and phosphorous and potassium – in the fall.

In spring, dry mineral fertilizers can be replaced with liquid ones: an infusion of bird droppings, diluted with water (12-15 times), a solution of mullein (4-5 times), manure (diluted 3-4 times). One bucket of solution is spent on 4-5 plants. It should be remembered that later application of nitrogen fertilizers delays the growth of raspberries, leads to poor aging of shoots and reduces their winter hardiness. Wood ash is a valuable phosphorus-potash fertilizer. it is recommended to apply it during autumn loosening of the soil in 2-3 liter cans per 1 sq. m.

How to water raspberries

Raspberries are a moisture-loving crop. Having a large leafy evaporating surface and a shallow root system, it is very sensitive to lack of moisture. In a dry spring, watering on fruit-bearing raspberries is necessary at the beginning of the growing season to ensure the active growth of young shoots. Water raspberries before flowering. Especially it needs watering during the period of filling and ripening of berries — with a lack of moisture. 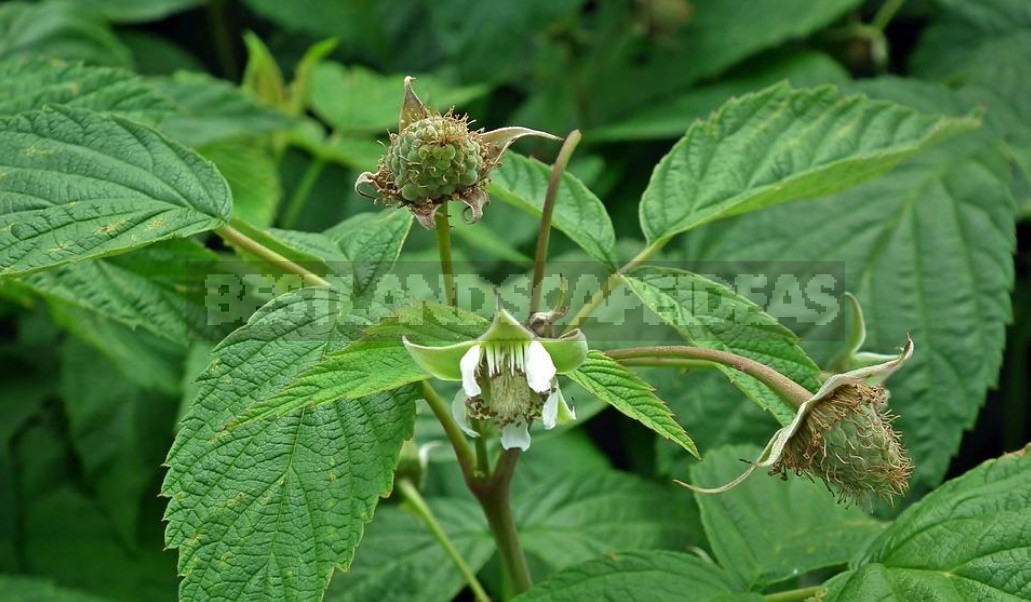 Spend three or four buckets of water per 1 m2 for one watering. If it is a dry autumn, then for the best overwintering of shoots and replenishment of moisture in the soil, raspberries are watered late in the fall (5-6 buckets per 1 m2).

Immediately after harvest, the shoots that bear fruit are cut to the ground level, leaving no stumps that can become a shelter for the crimson Bud moth. Cut shoots are removed from the site and burned. Leave them on the site can not be, they can be a source of infection of young shoots.

Before the onset of frosts, until the stems of the current year have lost their flexibility, they are bent as low as possible to the ground, so that high arcs are not formed, since when the snow is blown away or when thaws occur, the middle part of the shoot is exposed-the most productive. When the first snow falls, the raspberries are hoed, and later, when the snow cover increases, the rows are hoed.

As soon as the snow comes off, without waiting for the establishment of warm Sunny weather, the bent raspberries should be lifted, otherwise the buds located in the ground — warmer-layer of air may bloom prematurely and suffer when the cold returns. Cut out the broken, frozen stems, plants are tied to the trellis. The height of the trellis depends on the height of the bushes. When budding, the frozen tops are cut off. 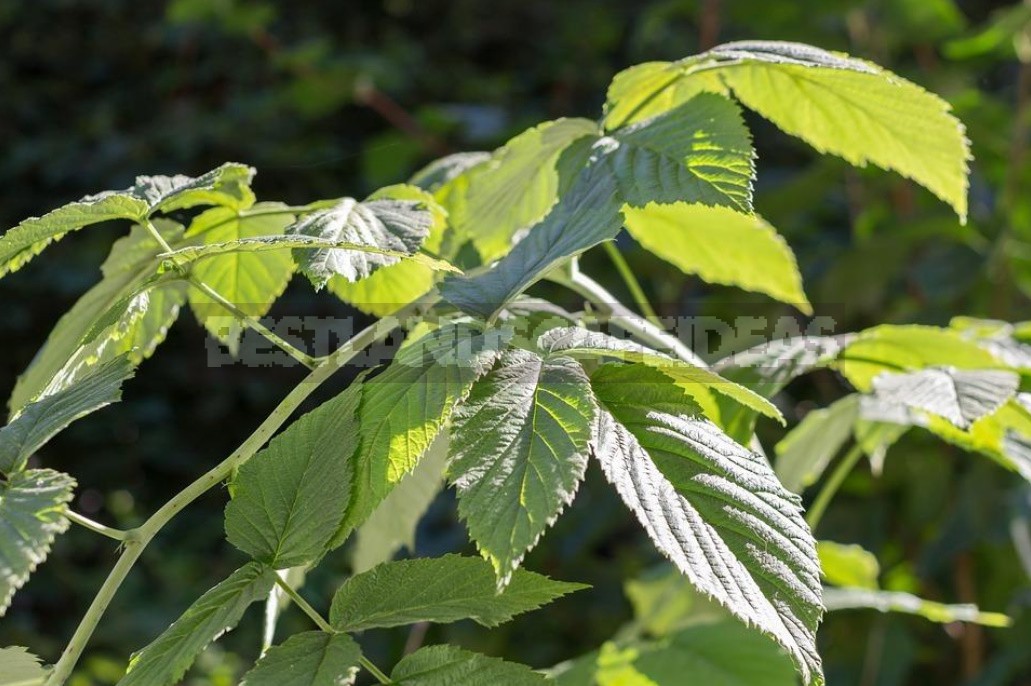 What else is important to know about growing raspberries

Plants older than 8-10 years are replaced with young ones. You can not plant raspberries in their former place immediately after rooting. If there is no free space, use the former aisles for planting.

For successful cultivation, it is desirable to isolate raspberries from strawberry plants that have a common pest with raspberries – Strawberry weevil.

How to choose raspberry varieties

For successful cultivation of raspberries, it is very important to choose varieties adapted to the growing conditions in a particular climate zone. At the horticultural breeding station, a large collection of raspberry varieties from other regions is studied, new, high-hardy varieties with the best berry qualities are created and tested for resistance to diseases and pests. 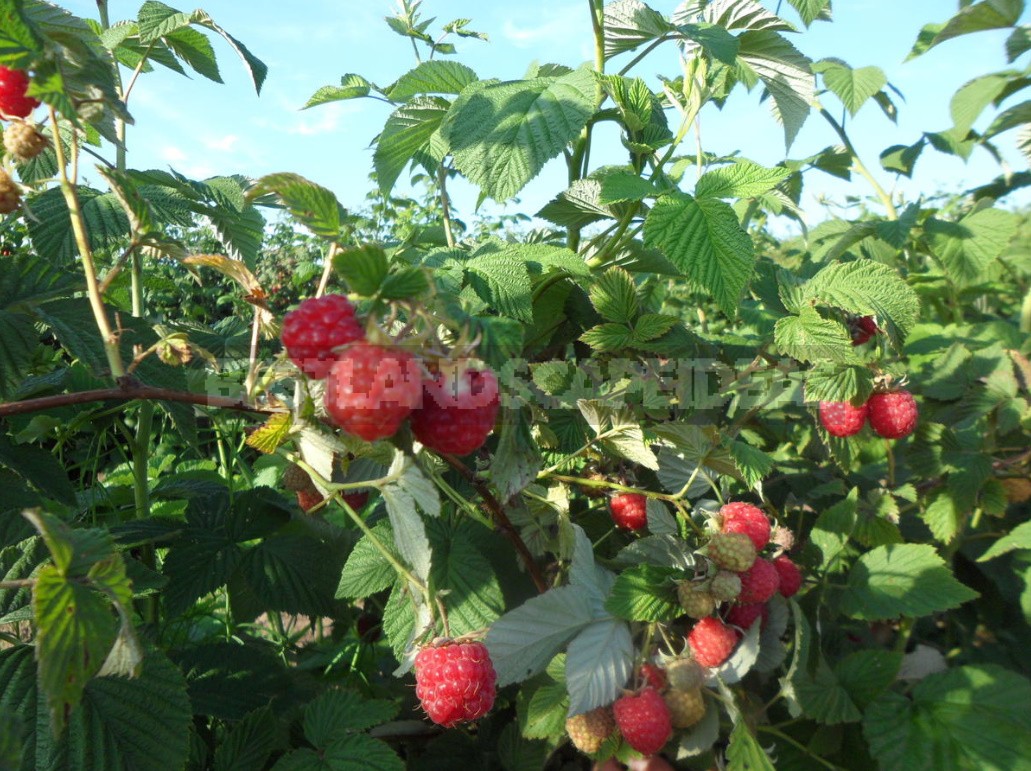