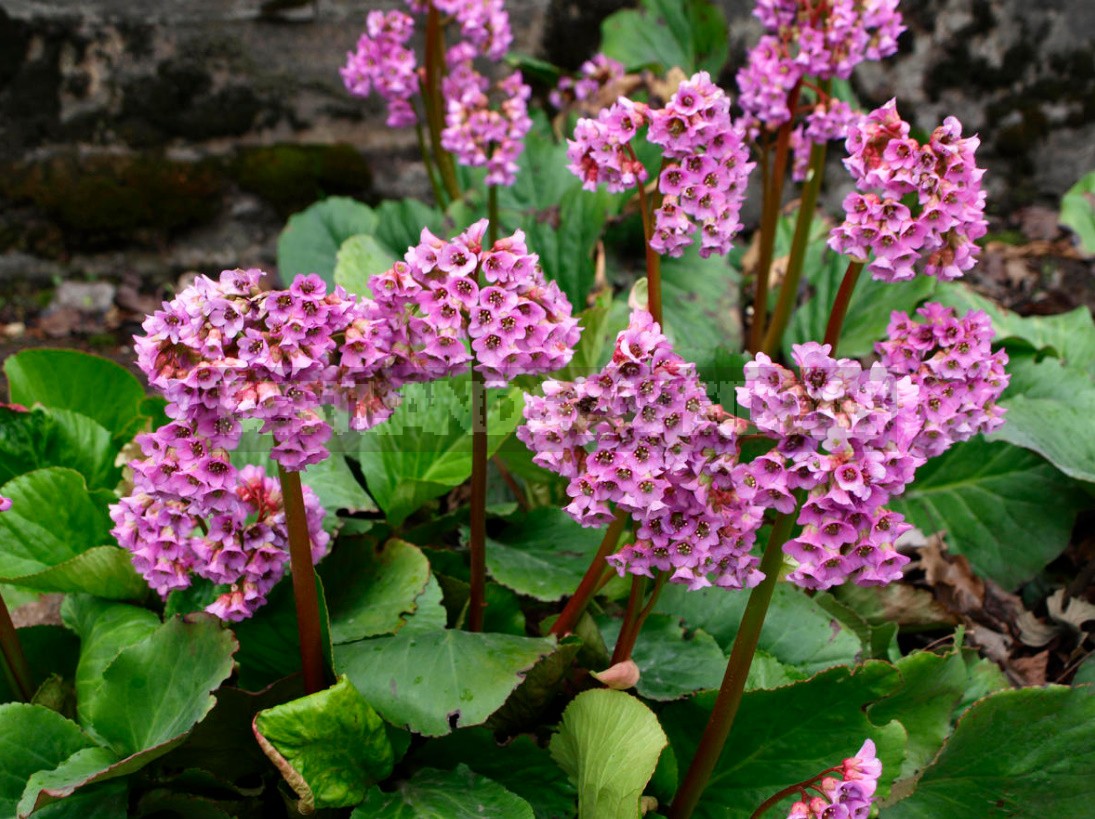 It is unlikely that badan will ever become a supermodel plant, but its persistence and quiet, unobtrusive beauty always make it a valuable participant in flower beds.

Botanists count a little less than a dozen species of badans. Most often in the gardens you can find winter-hardy varieties and hybrids of B. crassifolia, B. purpurascens. They differ only in nuances, but are generally similar: all have rough, thick, leathery, smooth leaves of a rounded or oval shape (collected in rosettes 15-30 cm high) and white, pink or reddish inflorescences.

Badans usually bloom in spring, but can produce separate inflorescences in autumn. The foliage of these badans is winter-green, in contrast to the less stable in our conditions Himalayan B. ciliata with pubescent leaves. In cold weather, the foliage takes on bronze, red and wine-purple tones. The champion color — badan ‘Eroica’, its leaves eventually acquire a beet shade. 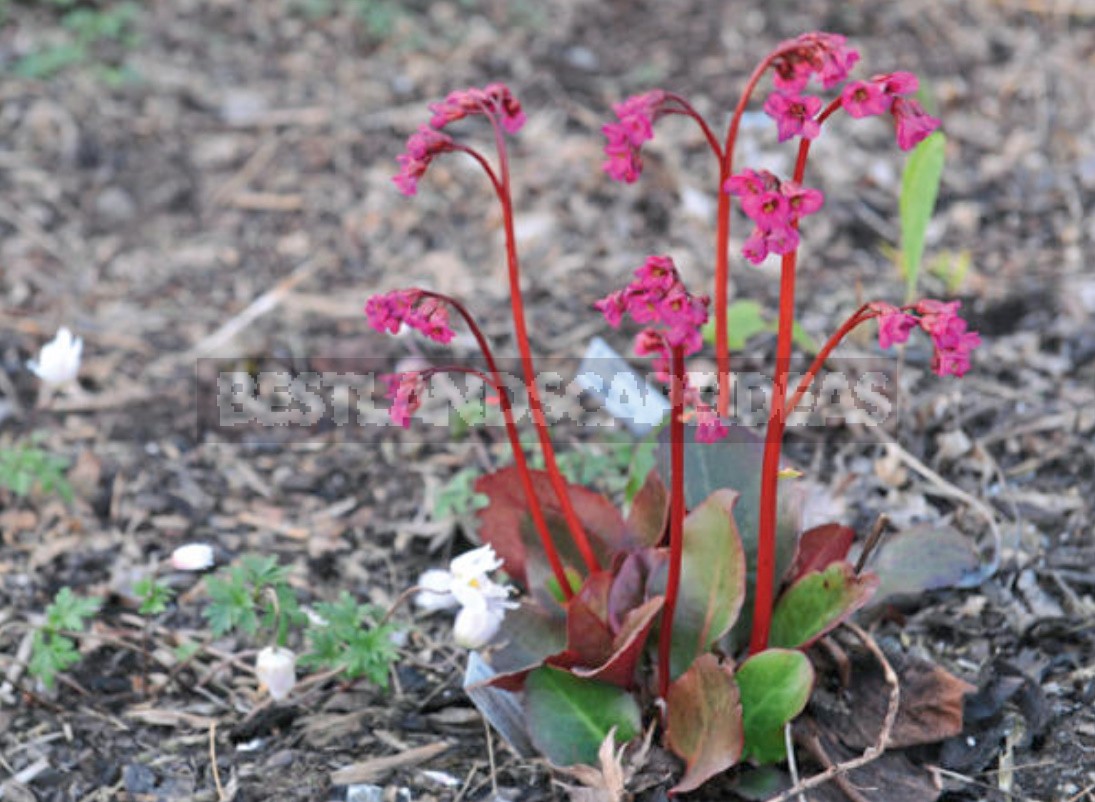 Only representatives of a few varieties (‘Doppelgänger’, ‘Herbstblüte’, ‘Profusion’, ‘Rietheim’) remain unchanged. Overwintered leaves return to green color usually after flowering, then new foliage begins to grow. Thick horizontal rhizomes of badans creep along the surface of the earth. Bushes grow slowly and can grow in one place for many years without suffering from thickening. 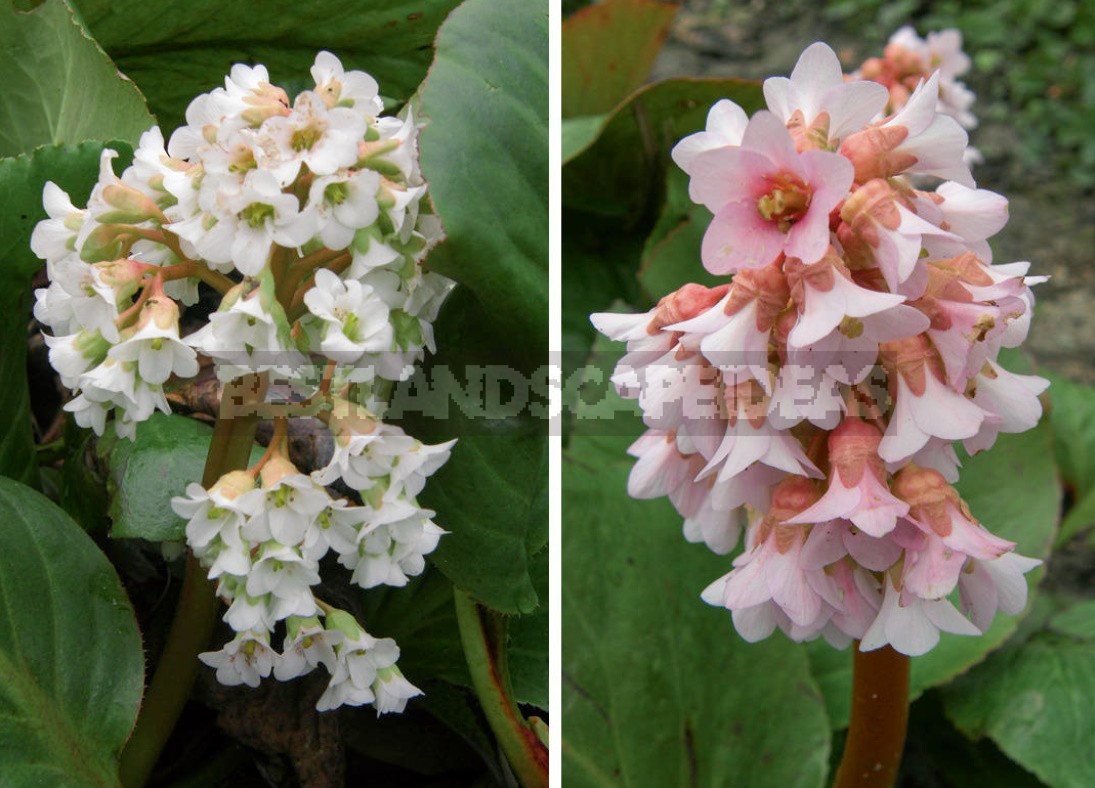 There are many varieties of badan, so it makes sense to mention only the most unusual ones:

Important: varieties whose inflorescences do not rise much above the leaves (‘Biedermeier‘, ‘Carmen‘, ’Doppelgänger‘, ’Oeschberg‘,’Pink Dragonfly‘), in general, look more harmonious than varieties with long peduncles (’Purpurglocken‘, ’Pugsley’s Pink‘, ’Sunshine’).

Badans can grow both in full sun and in shade, although in the latter case they may not bloom at all. They feel best in flower beds under the morning sun and shading in the afternoon, or with scattered light shade throughout the day. They grow on a wide range of soils: from fertile and moist (but well-drained) to poor and dry. In the first case, the foliage will be juicier, in the second it will show a brighter autumn color.

After the snow melts, you should trim the dried and damaged leaves. It’s time to plant new and multiply old plants by division. The distance during planting is from 30 to 60 cm, depending on the desired effect: with a more dense planting, the plants will close faster. In the first two weeks after planting, abundant watering is necessary. In late April-early May, it is advisable to add organic mulch, and then you can just enjoy the flowering. 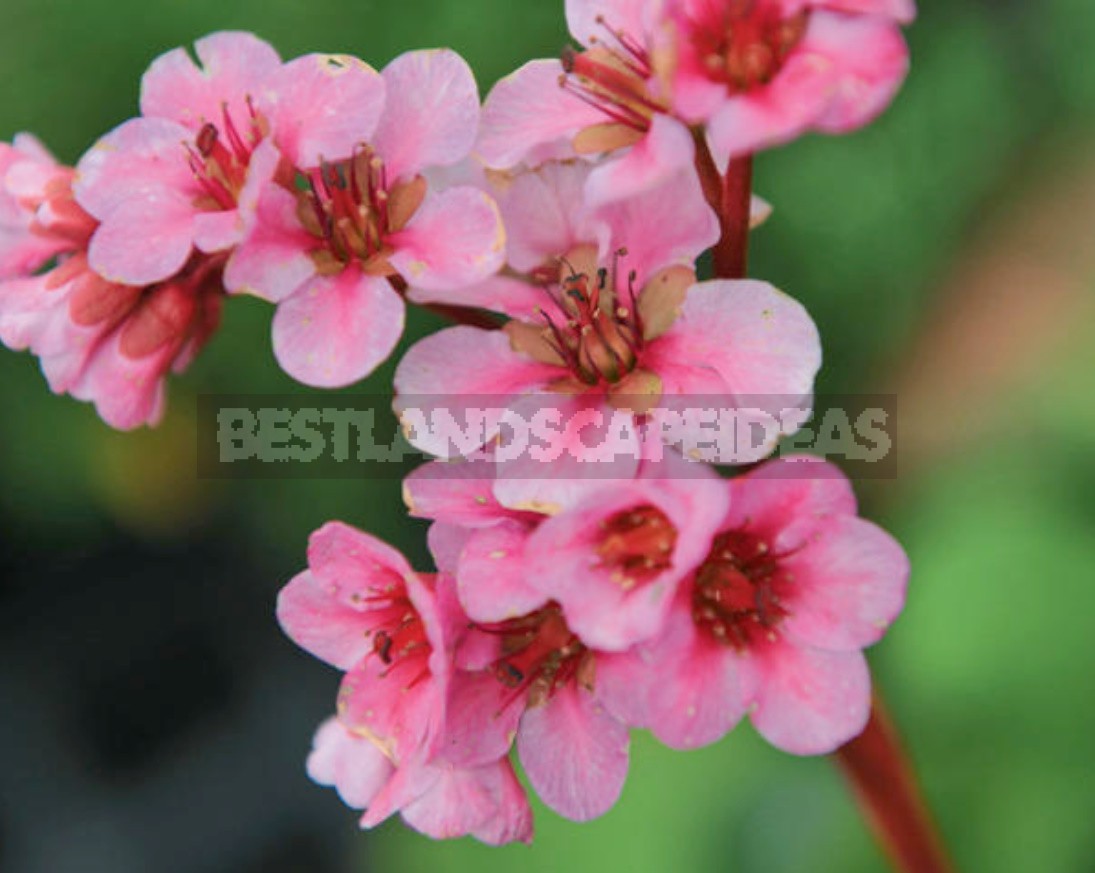 Faded flower stalks are cut off at the base, if there are damaged leaves, they can also be removed.

It is better to plant new, divide and replant old bushes in the spring, but if you do not have time, then you can also in early autumn. For the winter, badans can be mulched with compost, but this is not necessary.

Division is the easiest method of reproduction for all species and varieties. The rhizome should have a 15-centimeter segment of the rhizome with roots and a developed rosette of leaves. If desired, the bushes can be divided in the spring every 4-6 years. Species of plants can be propagated by sowing fresh seeds in the open ground for winter or early spring. Seeds are not sprinkled – they germinate in the light. In the seedling method, the seeds are sown in March and kept at +24°C. After the emergence of seedlings, the seedlings are grown until they are planted in the ground at +16…+18°C one and a half to two months. 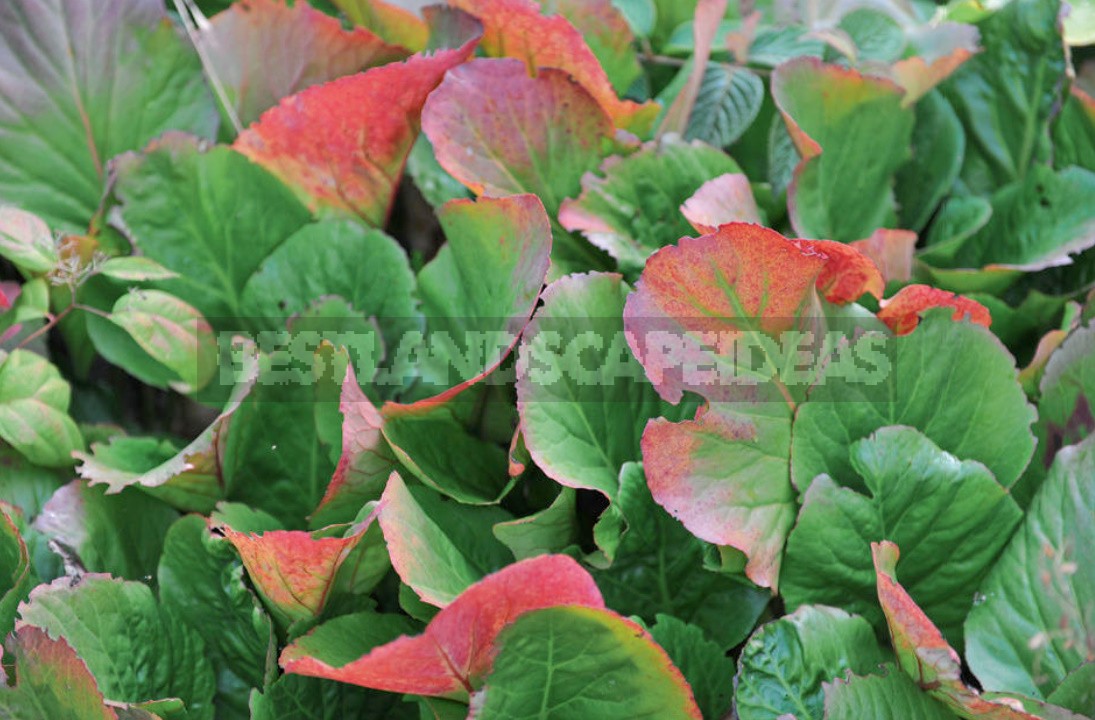 You can also propagate badans with root cuttings. In early spring, the rhizome segment is cut into cuttings 2.5-3 cm long so that each has a dormant bud, the sections are powdered with crushed coal. A deep box for sowing seeds is half filled with compost, the remaining part is covered with sand. Cuttings are pressed into the sand, sprinkled with gravel and rooted in the cuttings at +15°C.

When the sprouts appear, the rooted cuttings are transplanted into individual pots and grown until they are planted in a permanent place.

1. Badans are one of those rare “Spartan” plants that can grow in dry shade under trees and shrubs. 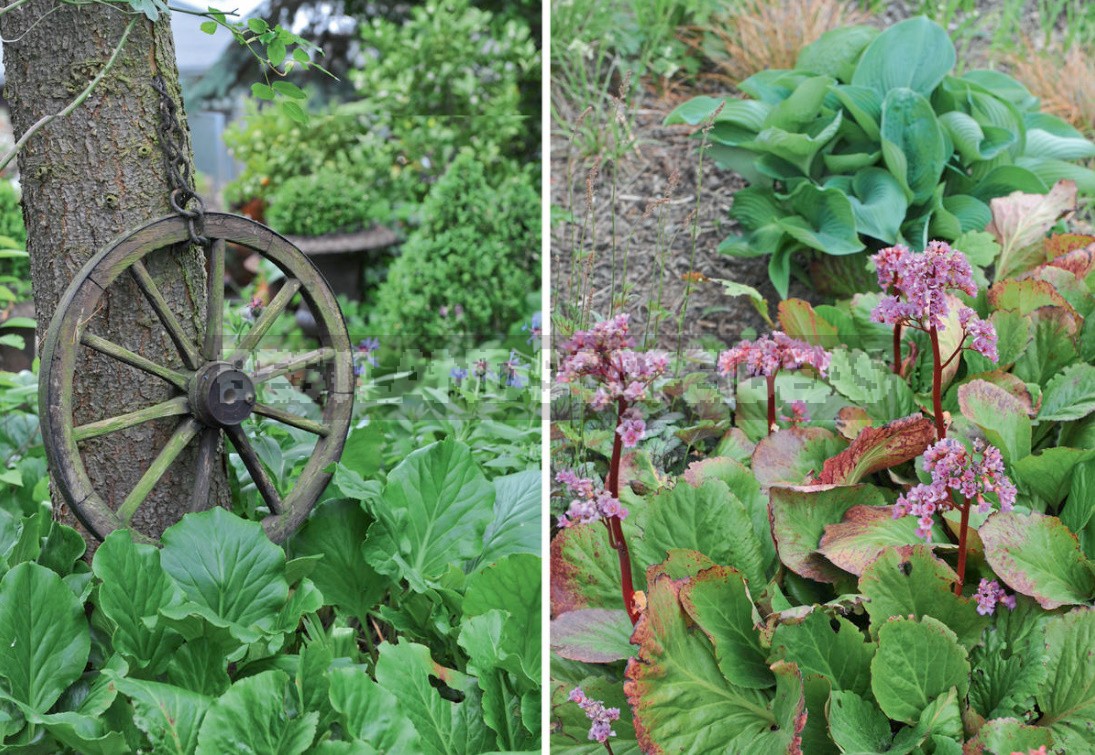 2. However, in the wet shade, they will feel better and will become participants in beautiful compositions with other ornamental plants: hosts, ferns, astilbes.

3. Thanks to the winter-green foliage, badans can act as reliable and long-lasting groundcover plants both in the sun and in shading.

But to walk on such a “green carpet”, of course, it is impossible.

4. Large dense leathery leaves of badan create a beautiful contrast in shape with the more openwork leaves of other plants, such as ferns or cereals. 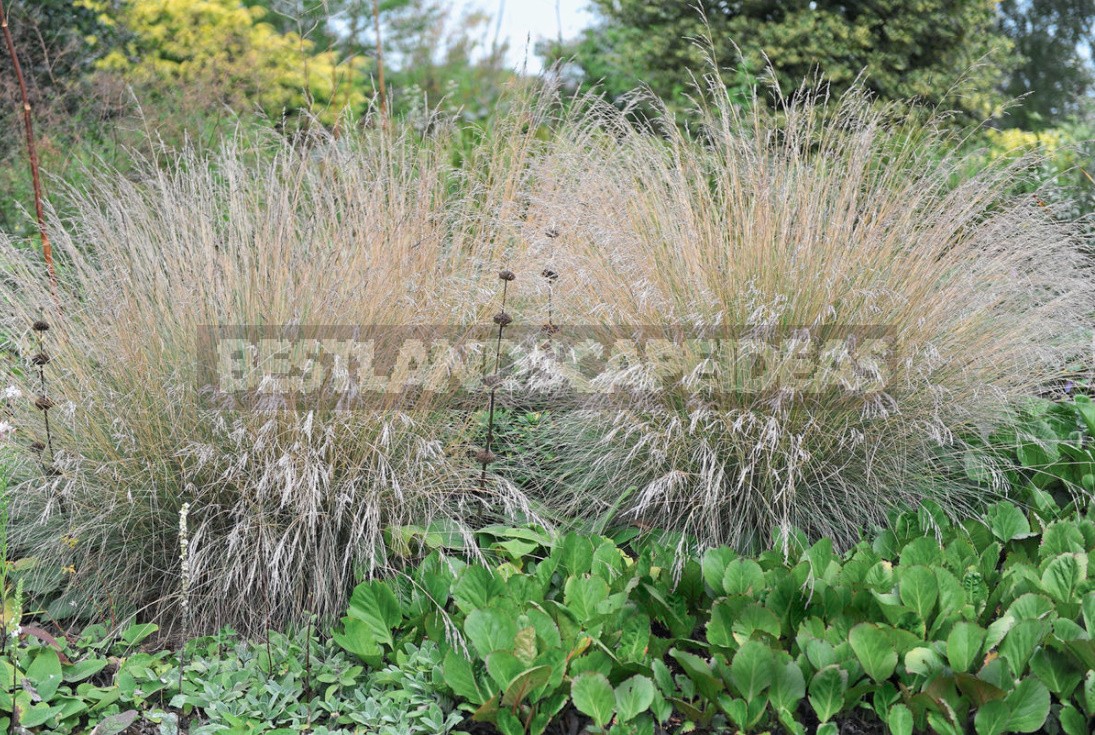 5. Most often, badans can be found in the foreground of flower beds – the foliage hides the border between the plantings and the path. 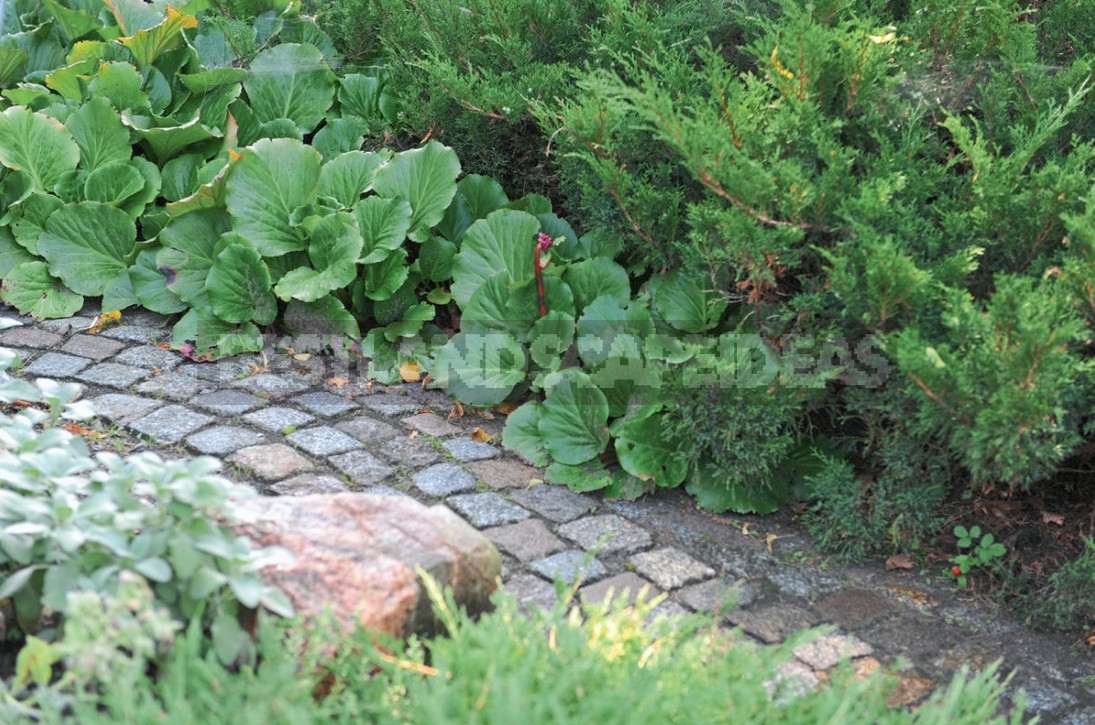 A few badan bushes planted along the entire length of the flower garden will set the rhythm. 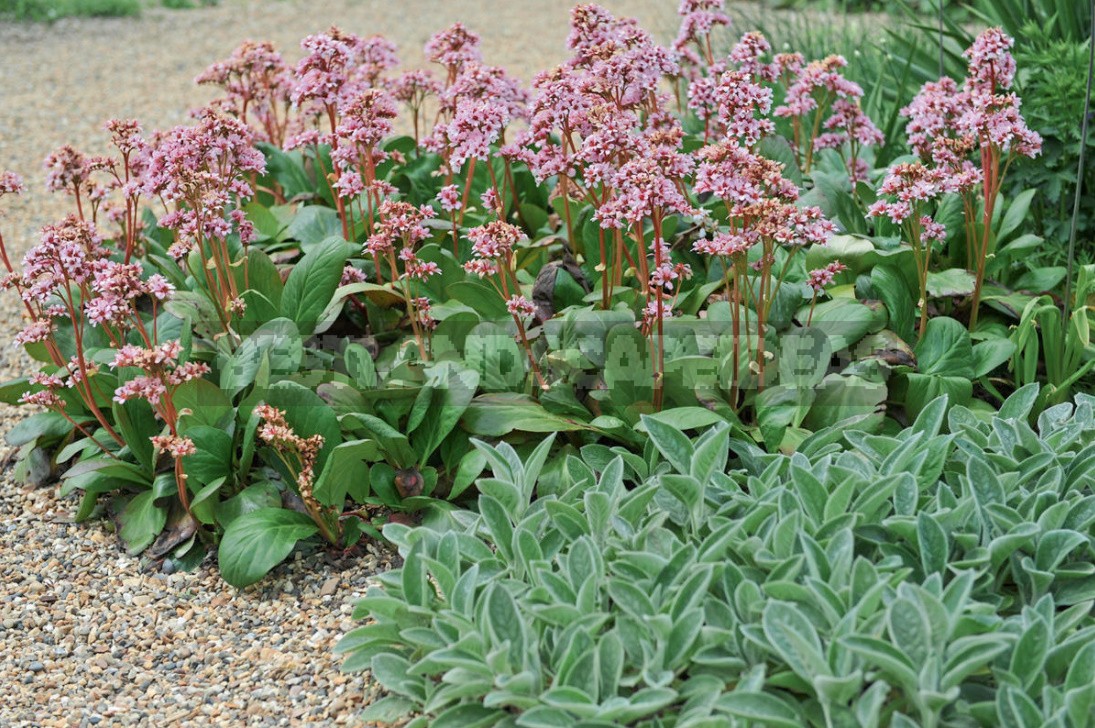 Especially good against the background of gravel look varieties with a bronze autumn color. 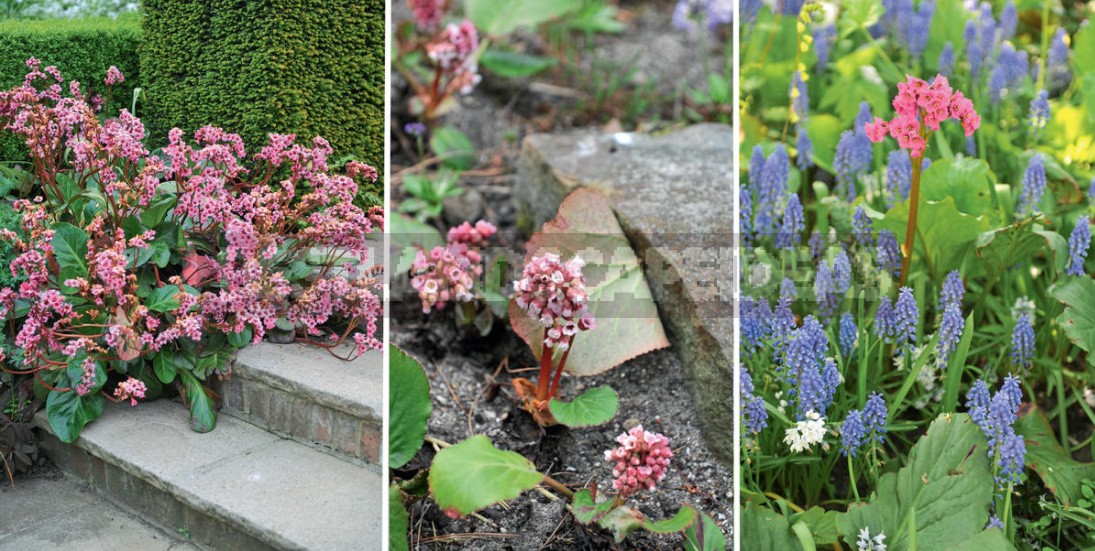 8. Miniature varieties of badan look good together with other plants of rocky gardens.

9. Thanks to the beautiful spring color of winter-green foliage, badans are one of the most valuable ornaments of early spring flower beds, along with various small-bulb flowers.

10. And even the edge of the pond badans will be able to improve, if only there was no stagnation of water in the root zone. 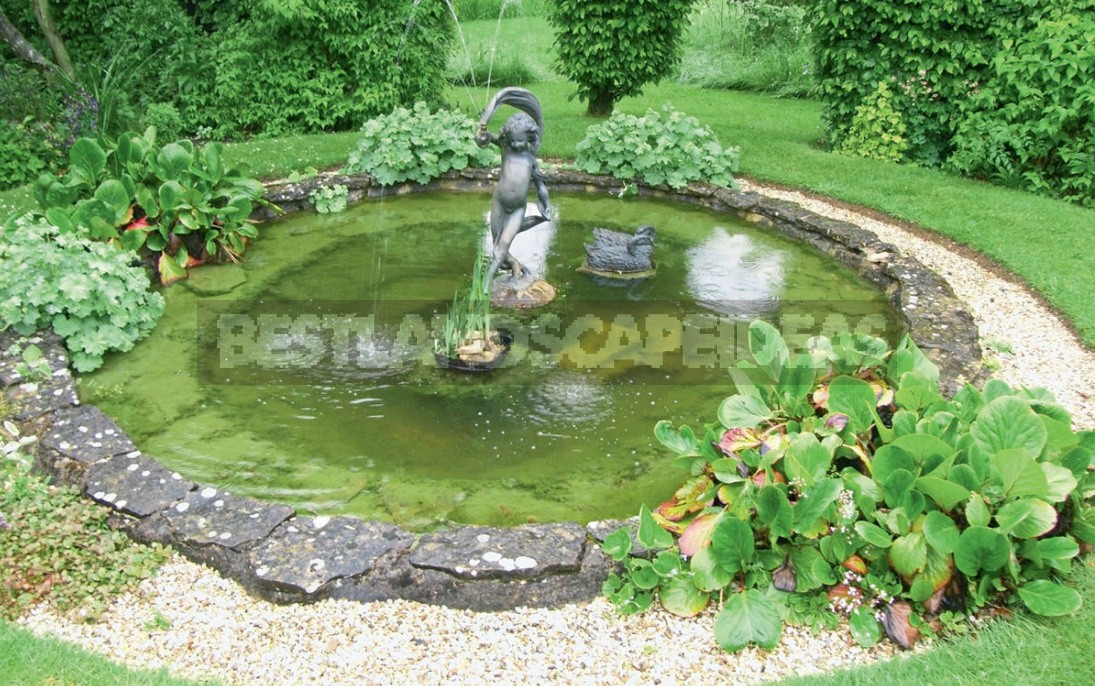 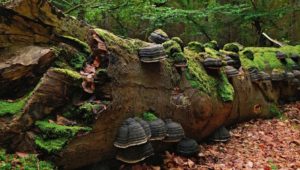 The Species of Mosses and Their Habitats 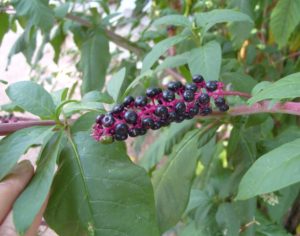 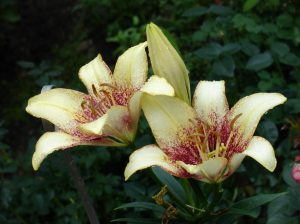 In The Kingdom Of Lilies: Features Of Interspecific Hybrids (Part 1) 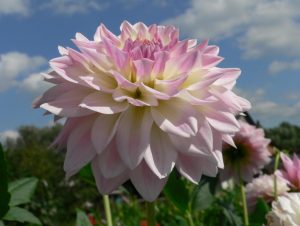