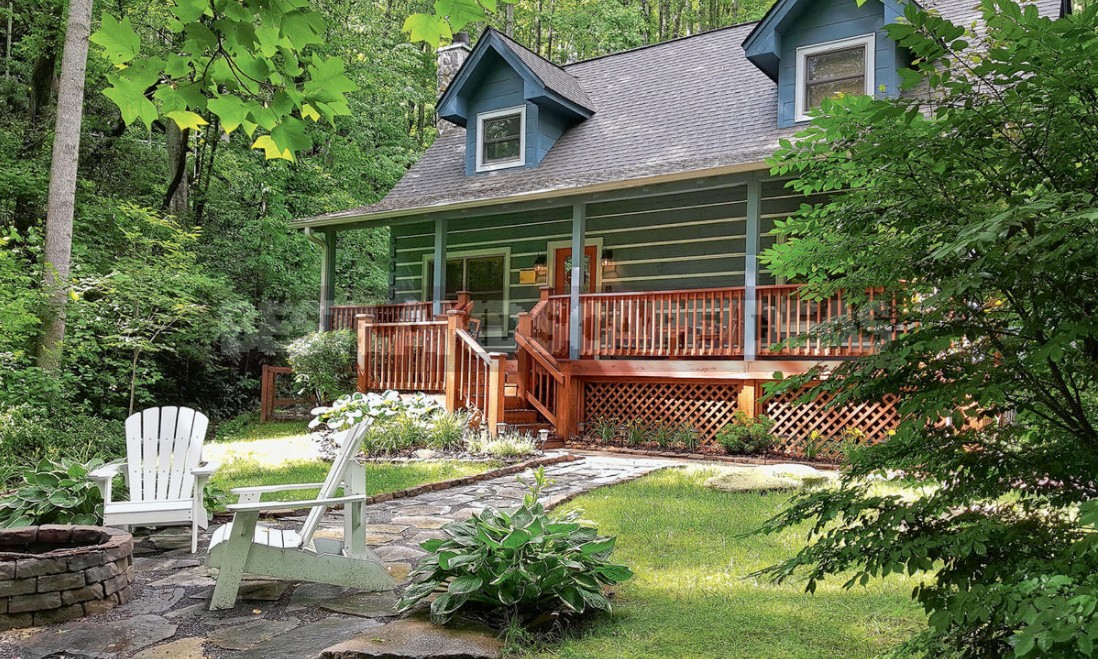 A plot with a piece of its own forest is the dream of almost every citizen. The scent of pine needles, ferns, lilies of the valley, a fabulous jay feather on an untouched pillow of moss … Natural – but beautiful, wild-but comfortable. How to properly equip the forest area?

The forest on the site, depending on the degree of its “cultivation”, can be a wild forest, a shadow garden or exist as separate trees. It all depends on our wishes and the initial state of the territory.

For example, if after the construction of the house, the forest remained in its original state with the preservation of undergrowth and grass cover — there is a chance to get a corner of either completely wild nature, or nature slightly embellished. In the process of construction, the clay from the pit was transported and leveled through the forest? Then it remains only to plant a plot of garden shade-tolerant perennials and shrubs. Well, if the forest is also thinned out, leaving only the largest trees at a great distance from each other, and a lawn is sown between them — this option can be called rather a park.

In the dense forest…

Today we will talk about the first, “wild” option. The main rule here is not to rush, but to observe your precious piece of forest at least until mid-summer, better-all season. The forest is changeable. Often the project is done in winter, when you are forced to focus on topography and almost indistinguishable from each other photos. You conscientiously lay paths on the drawing, hang hammocks, plant firs. And in the spring, slipping on the gray podzolic ground, you realize that in some places you missed — there a raised root will not allow you to pave a path, here low crowns are closed at the ground, here an anthill. And then, with the onset of each new day, some of your grandiose plans simply collapse. Out of nowhere there are fields of sour, hummocks become luxurious ferns. After them, Myosotis, lilies of the valley come out… The forest comes to life, and the hand does not rise to pull something out and put paving slabs. 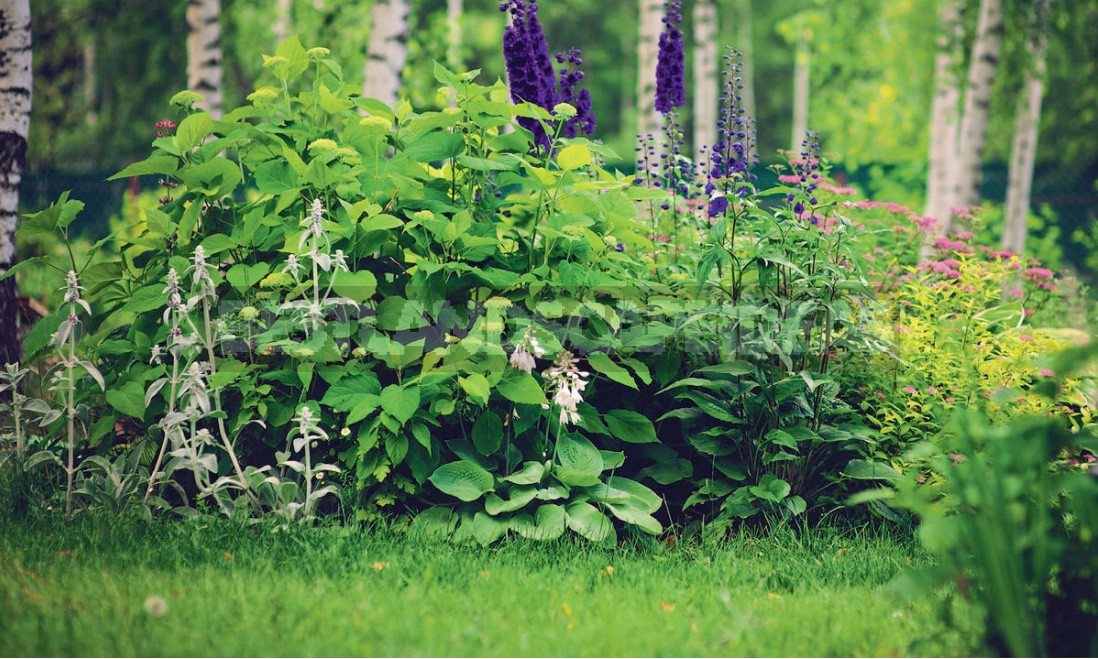 But, of course, not every forest in itself is so good. More often, it requires some health-improving and streamlining activities. In addition, our task is to make the forest OUR habitat and get the most out of it. It is necessary to start with the removal of diseased trees and cleaning. You can’t imagine how much lighter it gets in the forest after cutting down the dry branches that run along the trunks of tall trees! You have no idea how many tons of garbage (the same dry branches, sticks, rotten stumps) you will collect on the ground. And it is necessary to collect all this, because the dying wood is a favorable environment for the bark beetle and others like it. But don’t overdo it…

Next-plants. The forest, as a rule, abounds in all sorts of sprouts of trees and shrubs. Moscow in the near environment of the tree species is the mountain ash, maple, alder, aspen, spruce.

From shrubs-hazel, willow, turf, elderberry, viburnum, Euonymus. Without wasting energy on fruitless attempts to break through to the light, they remain a growth, having a chance to develop to normal size only in case of loss of neighboring large trees. Are they valuable to us? We need to watch. On the one hand, by removing the flickering single stunted plants, we ennoble the overall picture. On the other hand, if there are a lot of them somewhere, and they look decent-why not leave them. 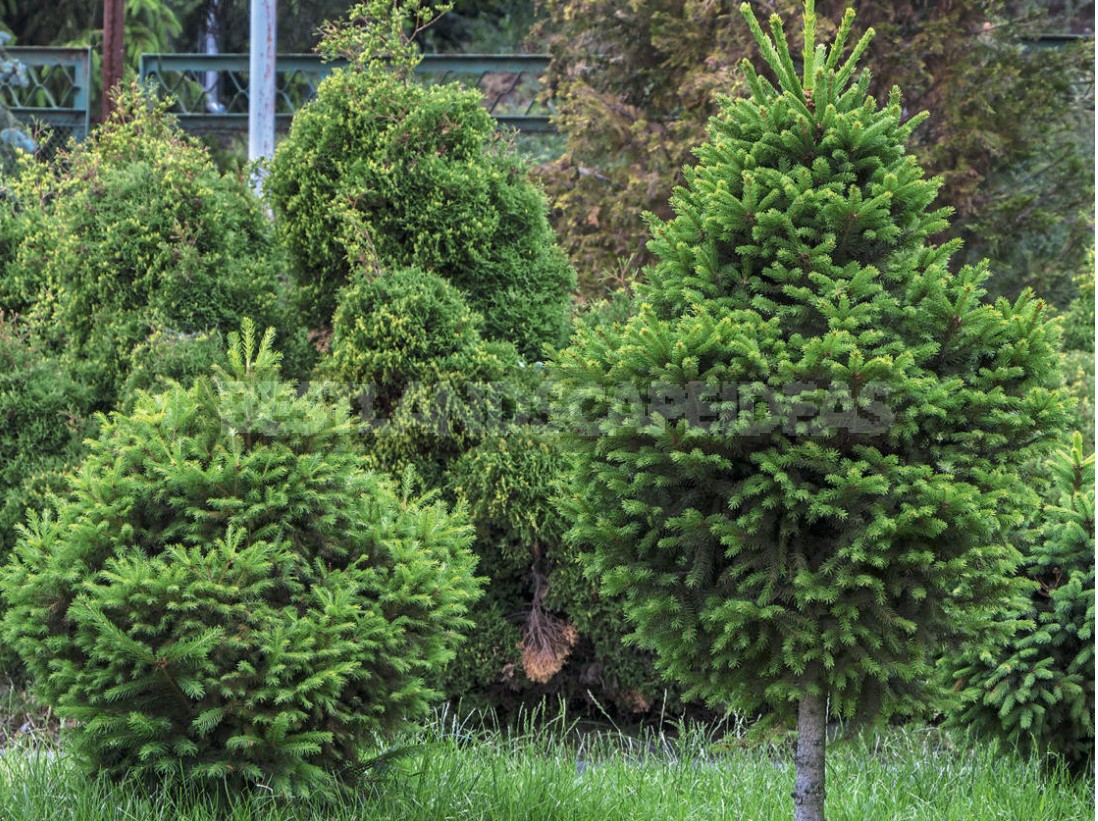 With herbaceous plants, everything is somewhat different. Unlike a tree or shrub that grows pointlessly singly from a seed brought in by a bird, perennials grow by means of shoots or germination of seeds that have fallen from the parent plant in the immediate vicinity of it. In both cases, beautiful plantings and even whole fields are formed, which are adjacent to mosses, reclaiming the habitat. 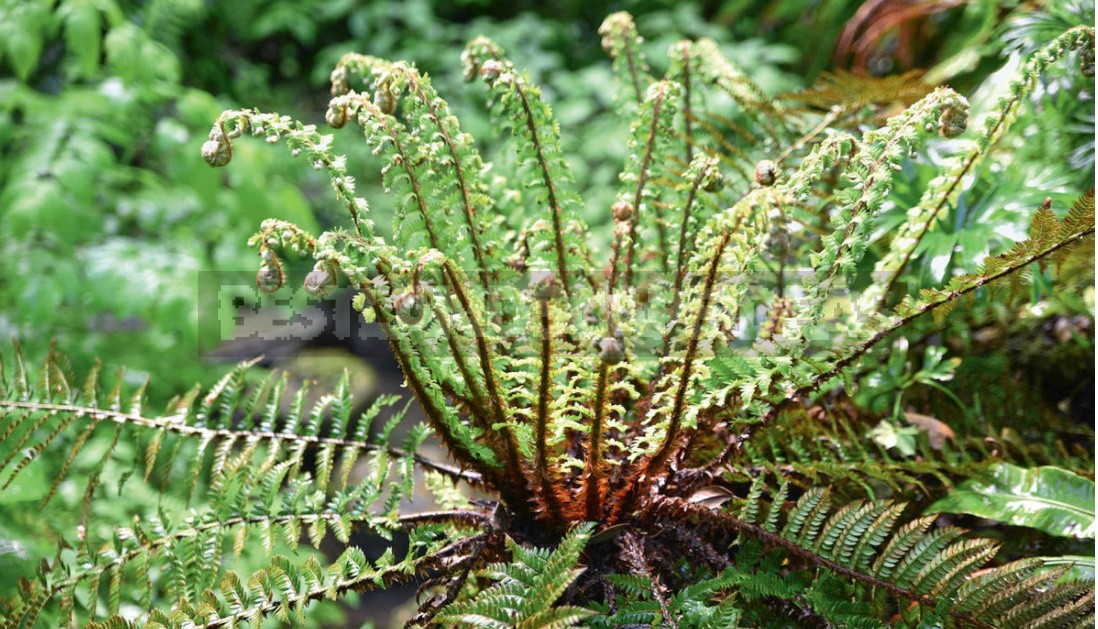 The most valuable are ferns. If they are scattered throughout the forest, and you are indifferent to them, collect individual plants in flower beds — a magnificent sight! There will be no problems with relocation: the root system of plants is quite compact, so in spring and autumn they are easy to move from place to place.

READ  5 Fertilizing for Strawberries Garden - And the Harvest is Guaranteed

Tip: it is better to make groups at some distance from the paths, the fronds of ferns are quite brittle.

From groundcover plants, it is worth paying attention to Lysimachia nummularia, Ajuga, Lamium argentatum and, of course, evergreen Ásarum.

Of the noticeably blooming ones, lilies of the valley, Pulmonaria, bluebells, veronica, Trollius, Myosotis will please. Don’t you notice anything? Yes, all these plants have long been garden plants.

So what are we fighting for? Why is the wild forest so valuable? The forest is a biological system. Yes, we can plant everything the same, even more beautiful, but in order for everything to mix, settle and settle down — it will take decades. It’s like a wine that needs to ripen. Aren’t we upsetting the delicate balance when we invade the system with our clean-up transplants? No, small adjustments usually don’t hurt. They took out the fern — covered the hole with earth, the neighboring mosses will gratefully tighten this “hole”. And next spring, you won’t even be able to say with certainty which plants were transplanted. 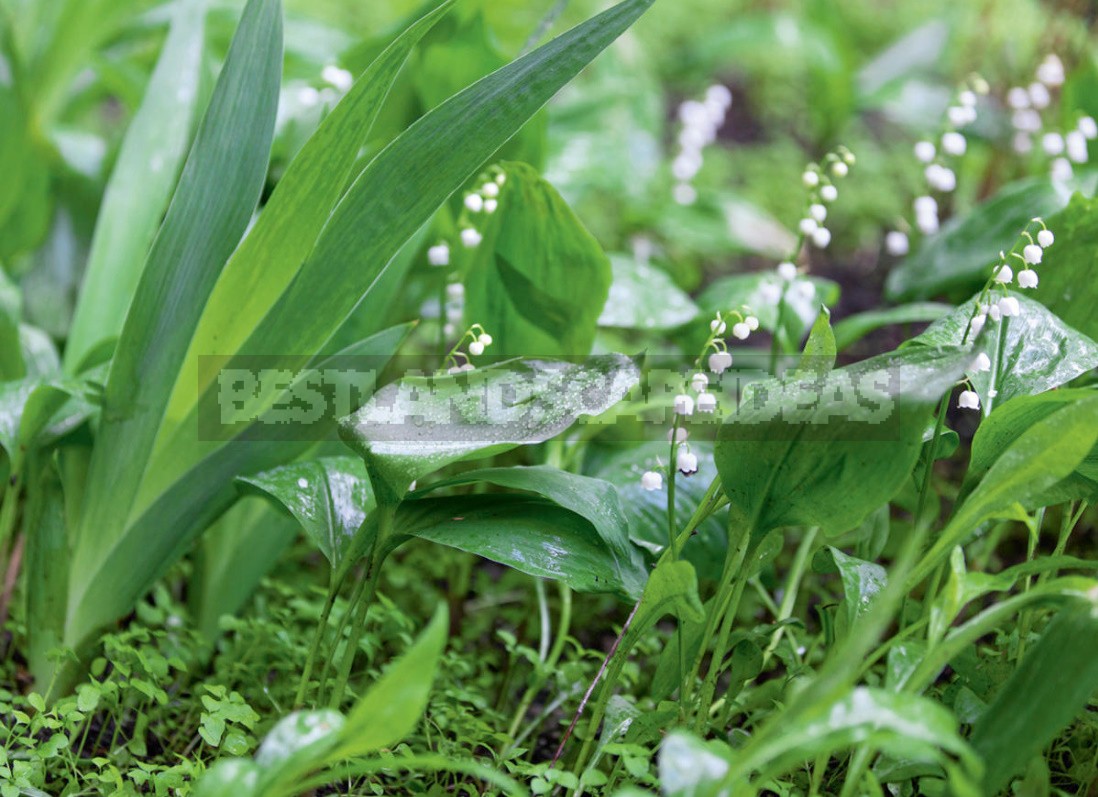 Speaking of mosses. The idea of creating a moss garden does not give many rest. This living carpet of green velvet is too good! But it is not easy to make it. You need acidic soil and conditions in which nothing but moss can survive, otherwise the moss becomes overgrown with weeds. If your forest is wet enough, and the moss grows by itself, try to nurse it-clear a place for it, pour it in the heat, collect individual pads together. 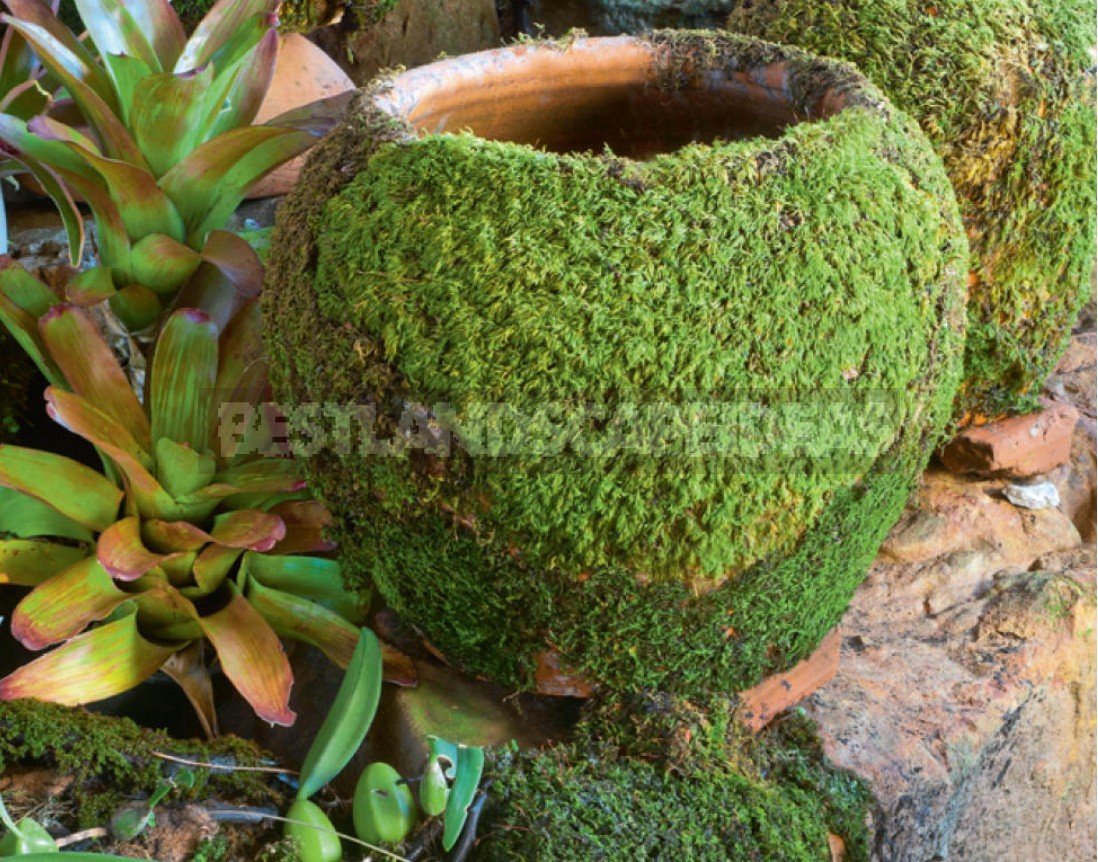 What else? It happens that the picture is spoiled by nettle, snyt or other high aggressive weed. What should I do with them? Pull it out slowly. Or vice versa-to grow.

Paving of paths and trails

Whether to make paths in the wild forest, whether to arrange places of rest? Absolutely! Forest paths made of any material, contrary to the opinion of “ecologists”, look nice and natural. The key word here is “moss”. The secret is that the cheapest gnarled paving slabs or rejected wild stone under its “influence” will become worthy of a brocade royal shoe.

READ  Tomato cuttings: how to increase the number of seedlings 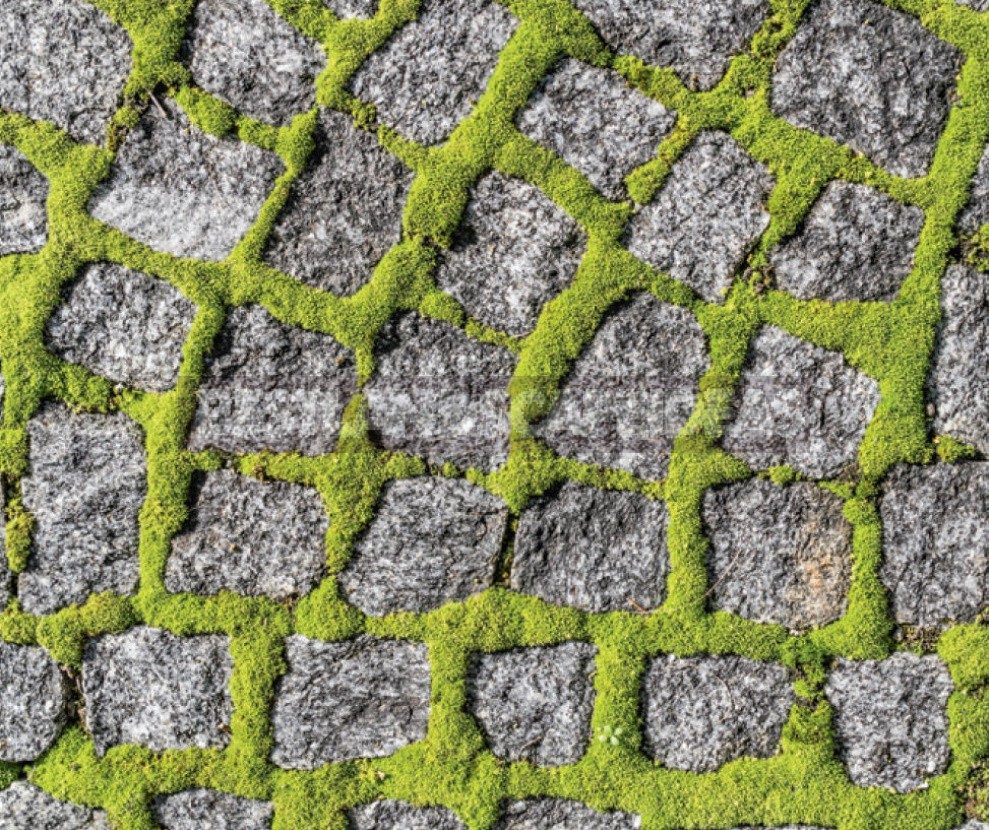 And small paths can be gravel or covered with bark. Often you can hear the advice to make forest paths from wood, end cuts. Not worth. Even with a little dampness, they become black and slimy, and it is extremely inconvenient to walk on them. I think it is unnecessary to explain that straight paths in the forest are nonsense. Lost mushroom pickers, coming out on a straight road, understand that sooner or later it will run into an iron gate with red stars. All the other forest paths, and walking, and those on which summer residents, cutting corners, run to the train, as a rule, have a smooth outline. Simply because the path veers between the trees, tramples where the ground is harder, bypasses the hills. 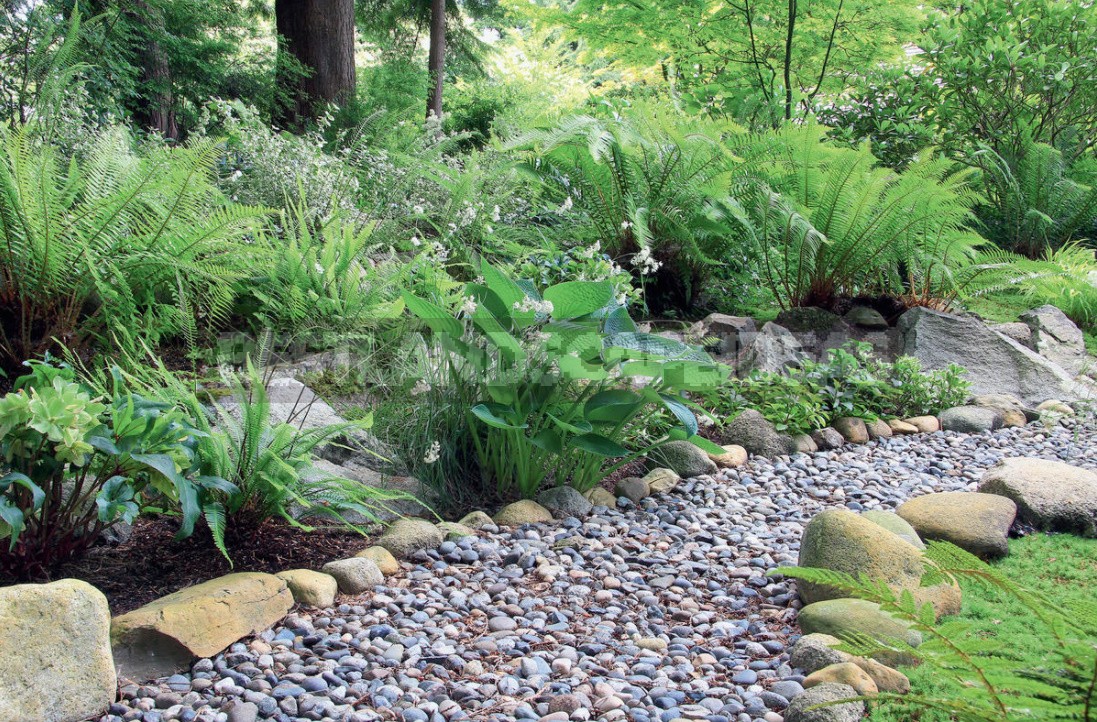 A characteristic moment is a tree growing directly ahead. The path goes around it to the left and right, forming an island with this very tree and vegetation around the trunk. When laying paths and paths in your forest area, you should be guided by the same considerations: smooth lines and convenience.

And as for places of rest-benches, stumps, tables, hammocks, swings-there are not many of them! You can also partially locate a children’s area here, taking care of mosquito traps and treating the territory against ticks.

A wonderful gathering place for the whole family will also be a bonfire. Only it is better to place it not in the immediate vicinity of the trees, but in a clearing.

A magical addition will be the evening illumination of plants. Here, preference should be given to a low-voltage network, which does not require significant cable penetration and does not injure the roots of plants. The fairy tale continues! 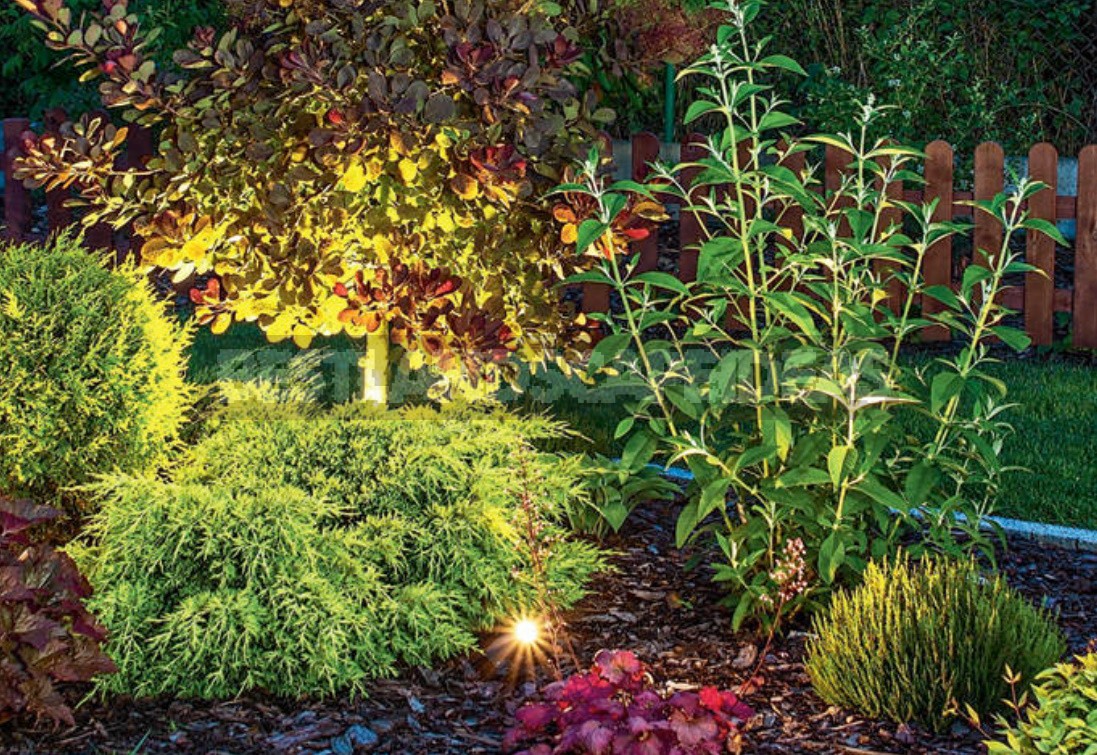 It's Time Jasmine to Bloom
Garden Benches
Do I Need to Trim Strawberries in Autumn
Fungal Diseases: How To Protect Plants Without Fungicides (Part 2)