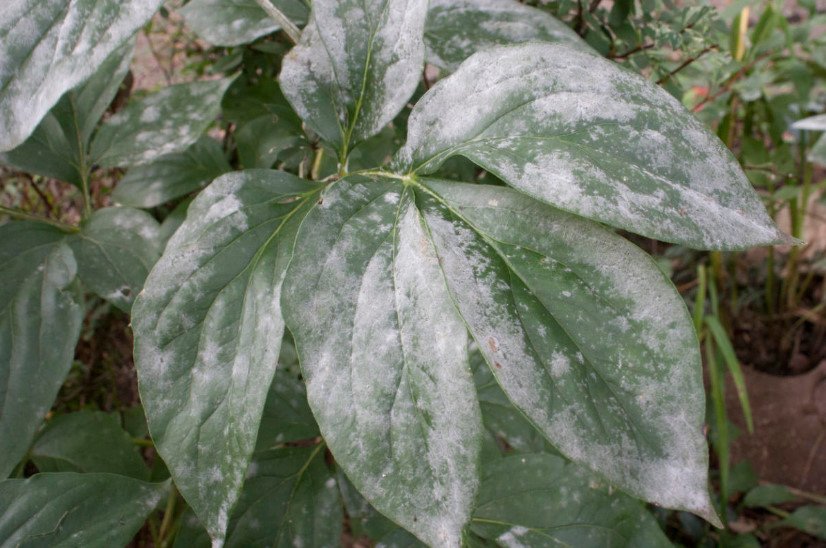 One of my friends recently said with regret: this year all the oaks were white, and from them in the garden all the plants were infected. But if the leaves are covered with a white coating, the oaks are just not to blame.

The symptoms on all plants are classic: first there are separate spots of white plaque consisting of a mycelium with spores, gradually the plaque grows and occupies the entire leaf blade, turns gray, and numerous black point fruit bodies of the wintering stage are formed in it. The leaves are deformed and dry out prematurely.

The causative agents of powdery mildew are fungi-obligate parasites, that is, fungi, which can exist only at the expense of living tissues. Therefore, the disease always sticks to young growing organs-leaves, shoots, flower stalks with buds and berries. And if the affected leaves dry out prematurely, the shoots and peduncles are deformed, the berries become unfit for food, the plants completely lose their decorative and slightly bloom. 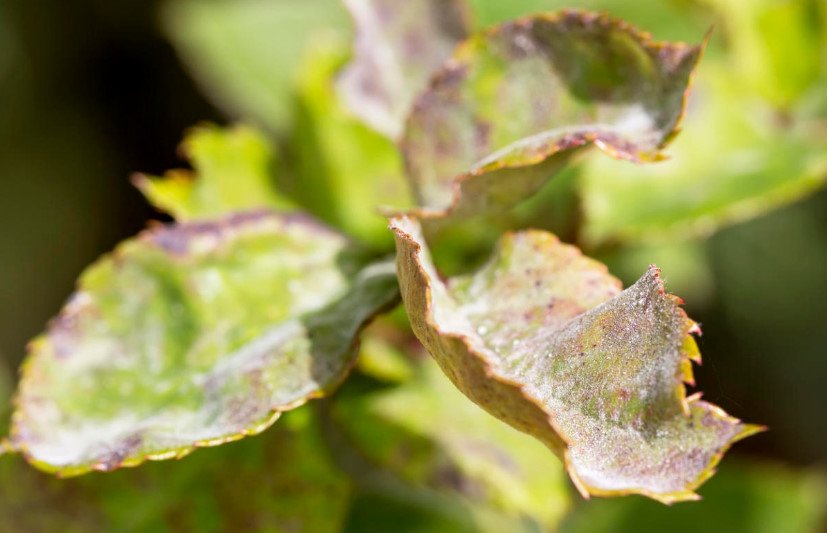 On herbaceous plants, the fungus winters in plant residues, on ornamental shrubs also in the bark of affected shoots. This explains the fact that powdery mildew appears immediately in early summer on the growing leaves. In rainy years powdery mildew appears in gardens especially often, and to this misfortune it is necessary to be always ready.

And yet, can oak “infect” other plants? Definitely not. Different species and forms of plants have different pathogens of powdery mildew. Often one genus of the fungus, and the form or form of another, dedicated to a particular genus of plants. Thus, the causative agent of the disease on oak is the fungus Microsphaera alphitoides; on rose-Sphaerotheca pannosa Lev. var rosae; on Berberis – 2 fungi: Phyllactinia berberidis and Microsphaera berberidis; on Delphinium-Erysiphe communis Grev.f.delphinii; on Syringa – two fungi: Microsphaera syringae and Phyllactinia suffulta; on Phlox – Erysiphe cichoracearum DC. f. phlogis and so on. 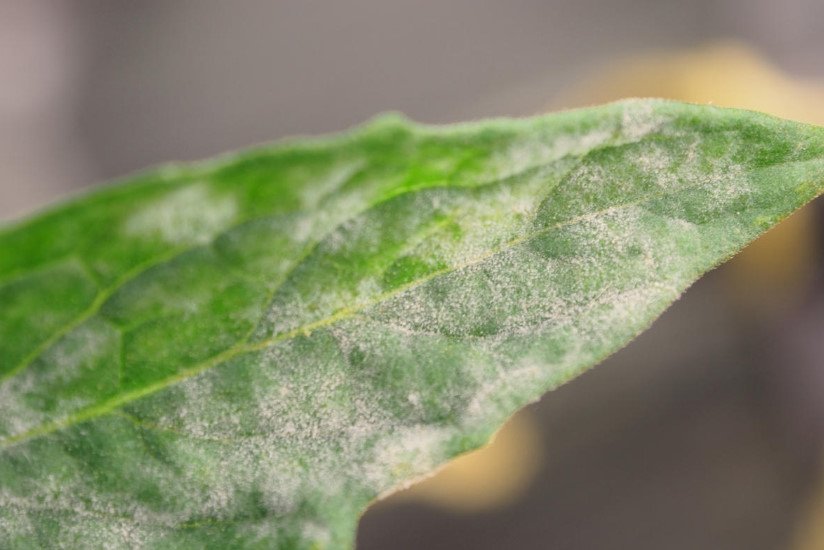 I understand that readers are no longer concerned about the names of mushrooms, but quite a practical question – how to prevent the spread of powdery mildew in our gardens. I answer: first of all, it is necessary to create all the conditions for normal growth and development of plants, because the weaker the plants, the more susceptible they are to diseases. In addition, fungi develop particularly intensively with thickened plantings and with an abundance of moisture.

As already mentioned, powdery mushrooms always develop on young growing tissues. Therefore, if you make a large amount of organic matter, you risk having powdery mildew constantly, as large doses of nitrogen cause active growth of shoots and leaves. This is especially true for susceptible to the disease varieties and species of plants. Nitrogen plants need at the beginning of the growing season, and in budding and flowering important potassium and phosphorus. Therefore, in order to prevent food floral and ornamental crops should be balanced. 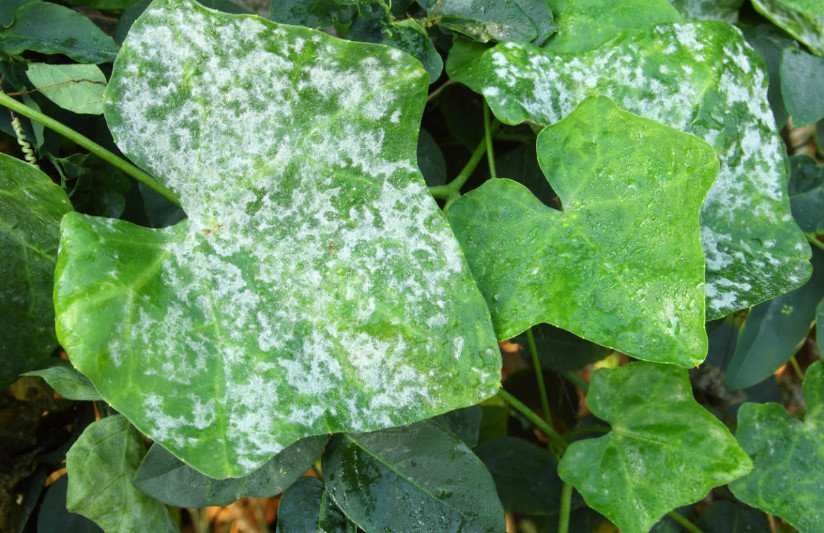 Now about protective measures. Apply drugs against powdery mildew or not, everyone decides for himself. Should, however, be warned – if you fundamentally refuse the spraying of plants, each year the infection accumulates, the plants, especially the shrubs, completely lose their decorative effect. In addition, if you spray the plants with a mass manifestation of the disease, when the leaves and shoots are all white, the decorative and beauty of the leaves you will not restore, but only suppress the development and spread of spores to other plants.

All drugs that are allowed for use on ornamental crops are recommended for spraying at the first symptoms of the disease, when there are single white raids. With the mass spread of the disease, repeated, eradicating spraying with the same drugs is carried out. 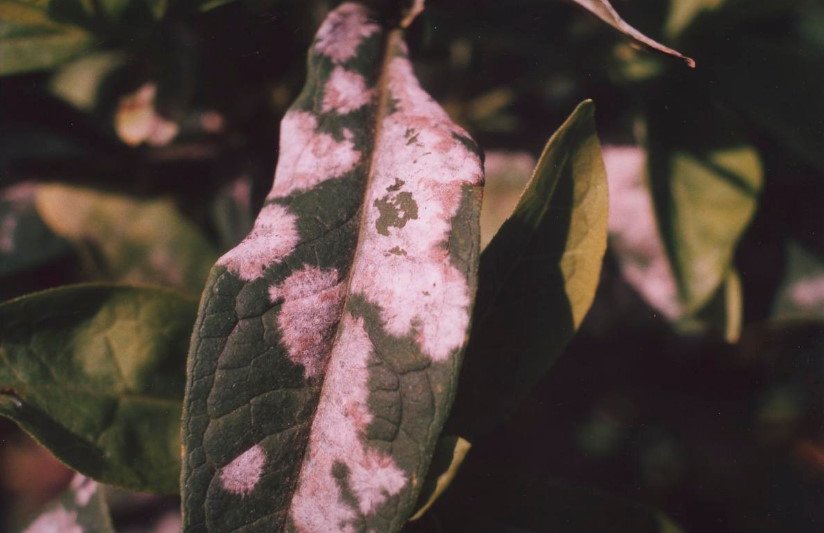 As the best prevention, I would recommend the collection of plant residues and pruning severely affected ends of shoots. And when hiding thermophilic crops, you can safely use fallen oak leaves-it is not really contagious for roses and Phlox.