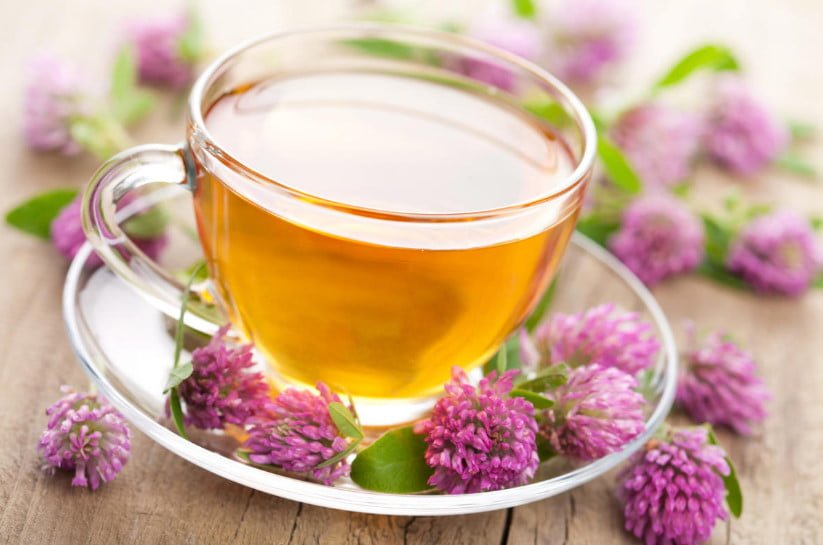 I really believe in the power of herbs. Maybe because she grew up surrounded by nature. I remember in the evenings with my grandmother went to mow grass for rabbits. The most valuable were the lawns with blooming “porridge” – red clover. Rabbits ate it with a special appetite. And the most beautiful and large clover flowers we chose from the cut grass and dried to winter was always at hand a great natural medicine.

So it is no wonder that when I got my own dacha, clover settled in front of the fence. Of course, not without my participation! And I chose from a variety of species, the same red clover treatment, which is familiar to me since childhood. By the way, red clover is just a name. In fact, its inflorescences are not red, but pale lilac. Each consists of many elongated tubular flowers, at the base of which is hidden sweet nectar. Its leaves are threefold, slightly elongated, with a characteristic silver pattern in the center. They have a remarkable feature: in the evening the leaves are folded and rise up.

For good growth, this species needs a sufficient amount of moisture, but in conditions of waterlogging its development slows down, and the plant can die. So watering must adhere to the principle of the Golden mean. 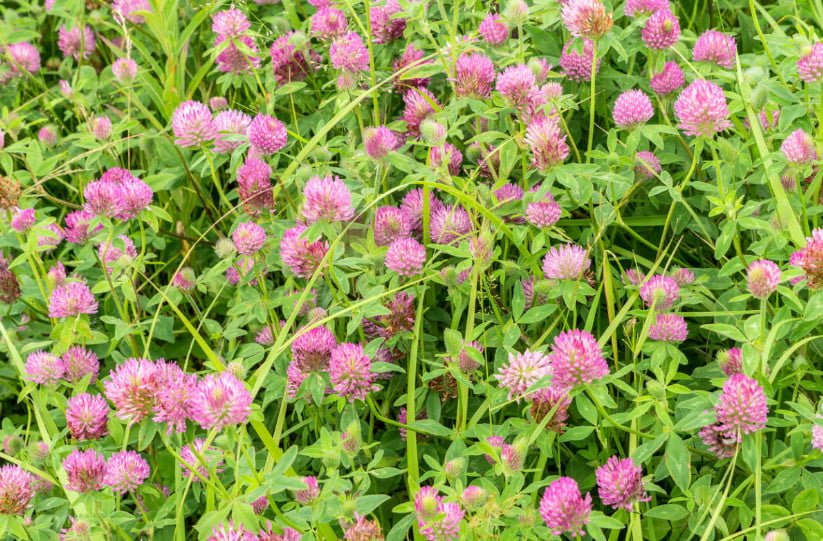 The easiest way to propagate clover seeds, which can be freely bought in garden stores. Sell their whole packages as lawn grass, as this plant is actively used as a green manure. But to propagate clover division-a thankless task, he behaves capriciously after transplantation. I even did not try, immediately went to the store for seeds.

Before sowing, the soil should be prepared, leveled and shed in advance. If you plan to sow a large surface, it is better to pre-seal — for this purpose, the usual Board. Seeds of clover are quite large, and dropping them was easy. On top I sprinkled them with a small layer of soil-about 1 cm. 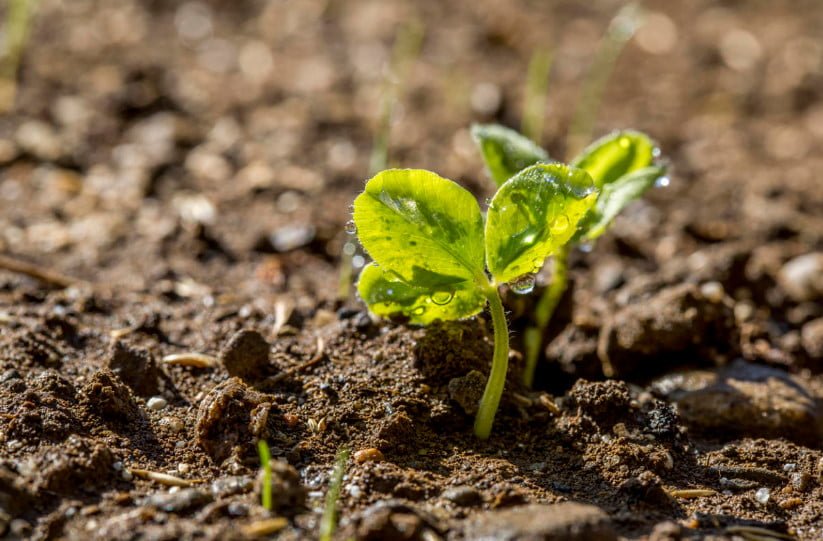 It is desirable to sow clover in the spring, when the soil is still wet. I did just that. Shoots appeared in a week and a half. The first grew only beautiful lush green landscape. For the second season in July, the whole lawn was covered with purple flowers, and above it hung a subtle honey aroma. It was magic! The same picture from childhood.

Well, now I’ll tell you about the reason why I suddenly remembered about clover. It is banal – I decided to heal. With age, more often began to bother women’s sores, and my grandmother taught that clover in this — the first assistant. Most of the benefits bring flowers-they need to be collected in July and dried. About harvesting leaves I have not heard, although they are also useful. 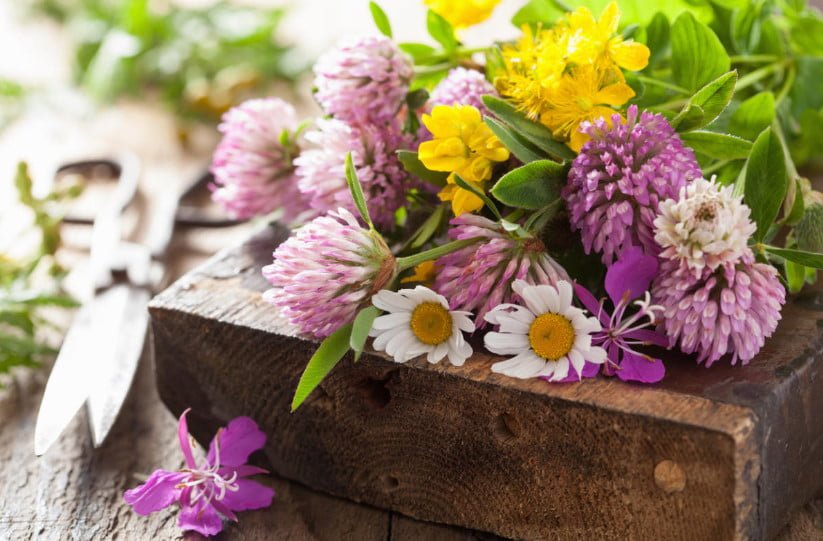 I remember my grandmother gave me a tincture when I was young and suffered from heavy and painful menstruation. Start to drink its need for week. She fell asleep in the evening Cup 1/3 clover and poured boiling water (somewhere 100-150 ml), and in the morning I drank this tincture. First, in his youth and folly, I resisted, but when I realized that really helps, she began to cook it. So so well and remember this recipe. 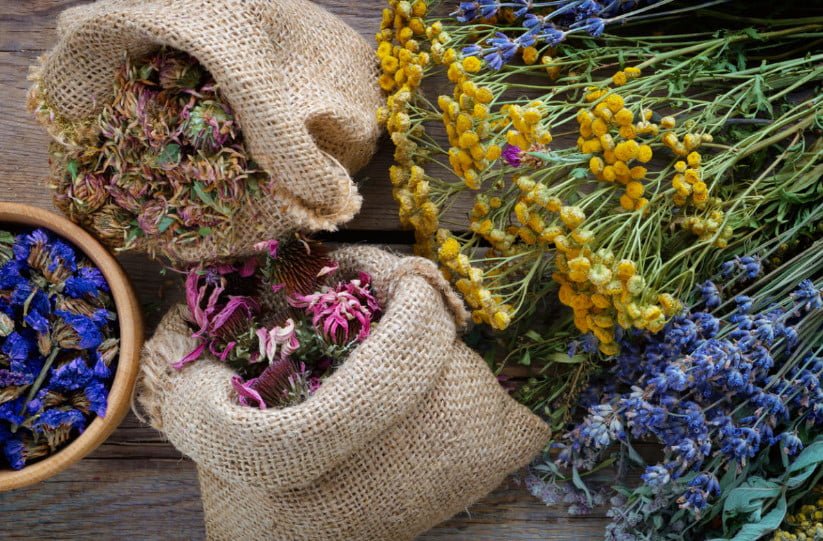 Clover is useful not only for young girls, but also for Mature women. It improves health during menopause due to phytoestrogens-natural substances that are very similar in composition to the female hormone estrogen. Getting into the body, phytoestrogens compensate for the lack of estrogen, formed during menopause. But that’s not all, phytoestrogens help our bones stay strong longer, and we – young. That is why charges with clover are used to prevent osteoporosis.

Most often I just brew clover, like regular tea. On the teapot with a volume of 300 ml put 2 tbsp. spoons of flowers of clover and pour boiling water. I cover it with a thick towel and let it brew for about 30 minutes. And then drink with honey or jam. If the summer was Sunny, the tea turns sweet clover. Clover-a good honey plant, so in warm weather it flies bees from the neighborhood. And the sweet taste of the drink gets thanks to the nectar left in the flowers.

When I get tired of tea, I make a decoction. On the palate it is more full-bodied. I take 2 tablespoons of flowers and pour a glass of boiling water. I give boil 2-3 minutes on low heat, turn off, close the lid. When the broth cools down a little, filter it. Take morning and evening 2 tablespoons. This portion is enough for 3-4 days. I keep the broth in the fridge.

Here is such a physician from the fields settled with me. And I am very happy about it! 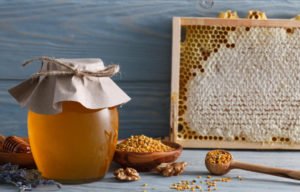 Types of Honey – Benefits and harms 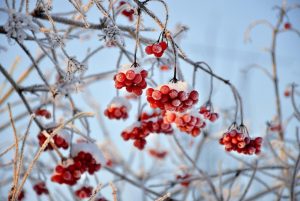 Medicinal Properties of Viburnum Berries And Their Application 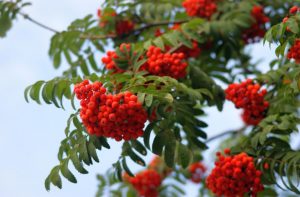 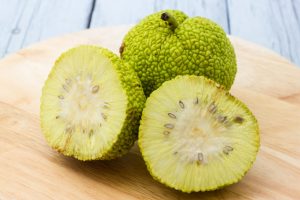 How To Make Maclura Pomifera: Tincture And Extract Recipe