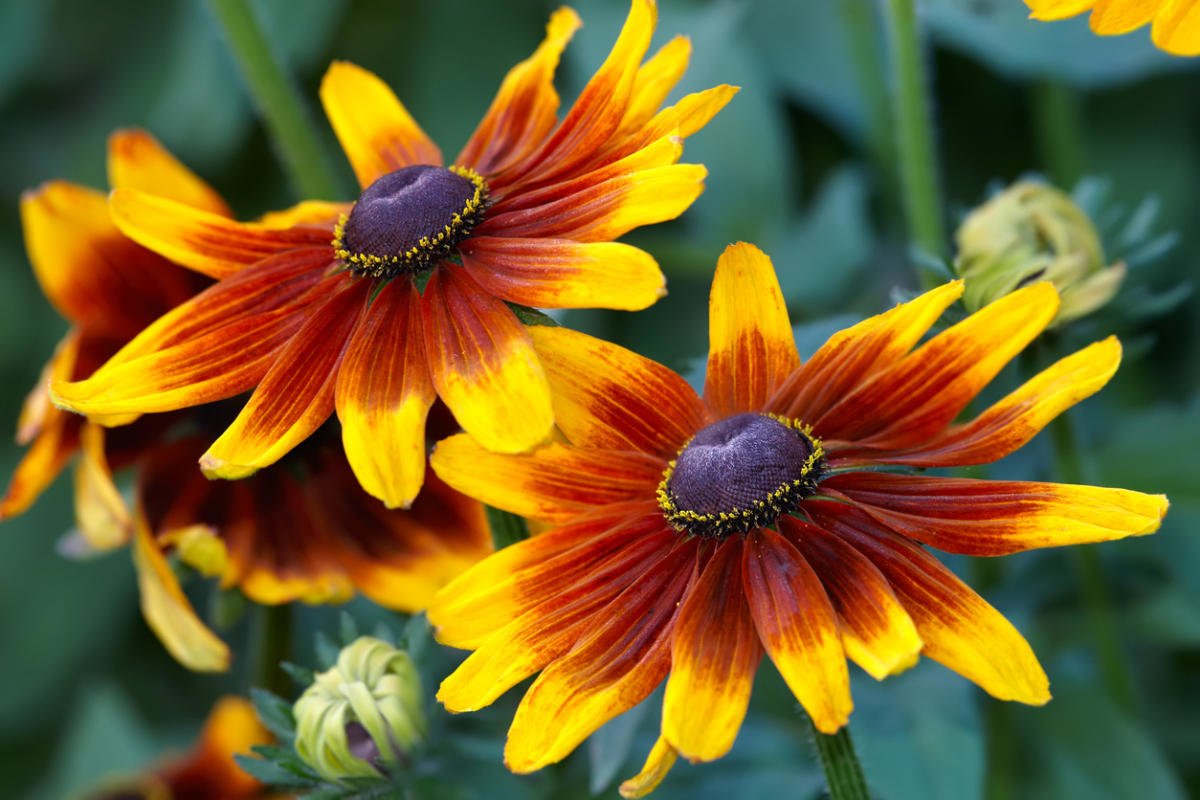 His presence, this simple flower can decorate any flower garden. It is extremely bright and attracts attention. After getting acquainted with Rudbeckia, you will like It even more due to undemanding to your person. This unusual name was given to the flower by one of the students of Olaus Rudbeck to perpetuate its memory for centuries.

Rudbeckia belongs to the Genus “Dracopis Class” Family “Asteraceae”, there are about 40 species. This rhizome plant is usually perennial, but there are annual species. The stem of Rudbeckia is straight and high, the inflorescence is in the form of a Cup or basket with a diameter of about 15 cm.

Rudbeckia colors are diverse, it can be bright yellow, orange, brown. In the center of the flower color can be black, brown or yellow. 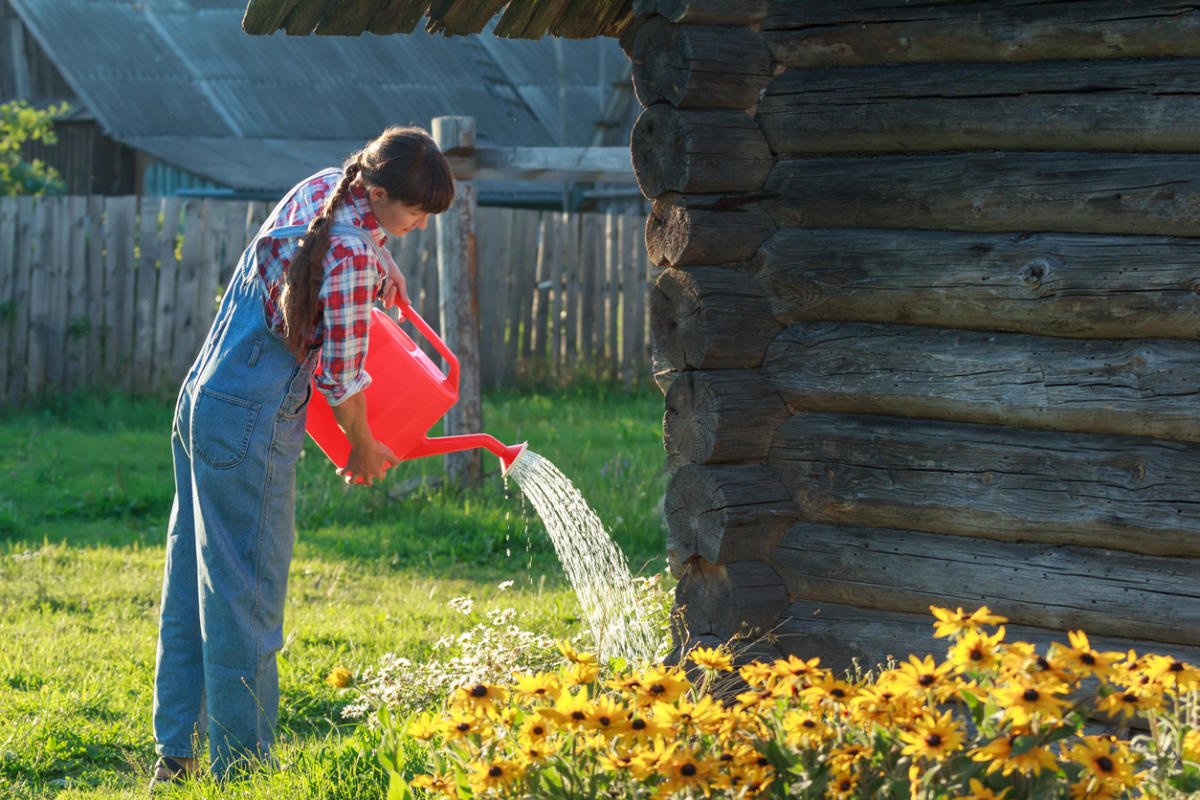 In General, the planting process does not differ from that for most plants: we prepare fertile soil or dig a hole in the soil rich in fertilizers, the upper layer of the earth in one direction, the lower one in the other (when planting rhizomes), dig the upper ground, water, mulch at will.

On seedlings Rudbeckia planted in early April, sprinkled with a little soil mixture of seeds, moisturize and grow at +18°C. In the open ground, the seeds are better planted in may, so that the cool wind young shoots were not afraid.

The types and varieties of Rudbeckia

I will not list all types of rudbeckia, I will name only those with whom I was already personally familiar:

It is a perennial plant with good winter hardiness. For some period of time I even forgot its name, so it was integrated into the environment and did not require attention, but growing, formed dense thickets. 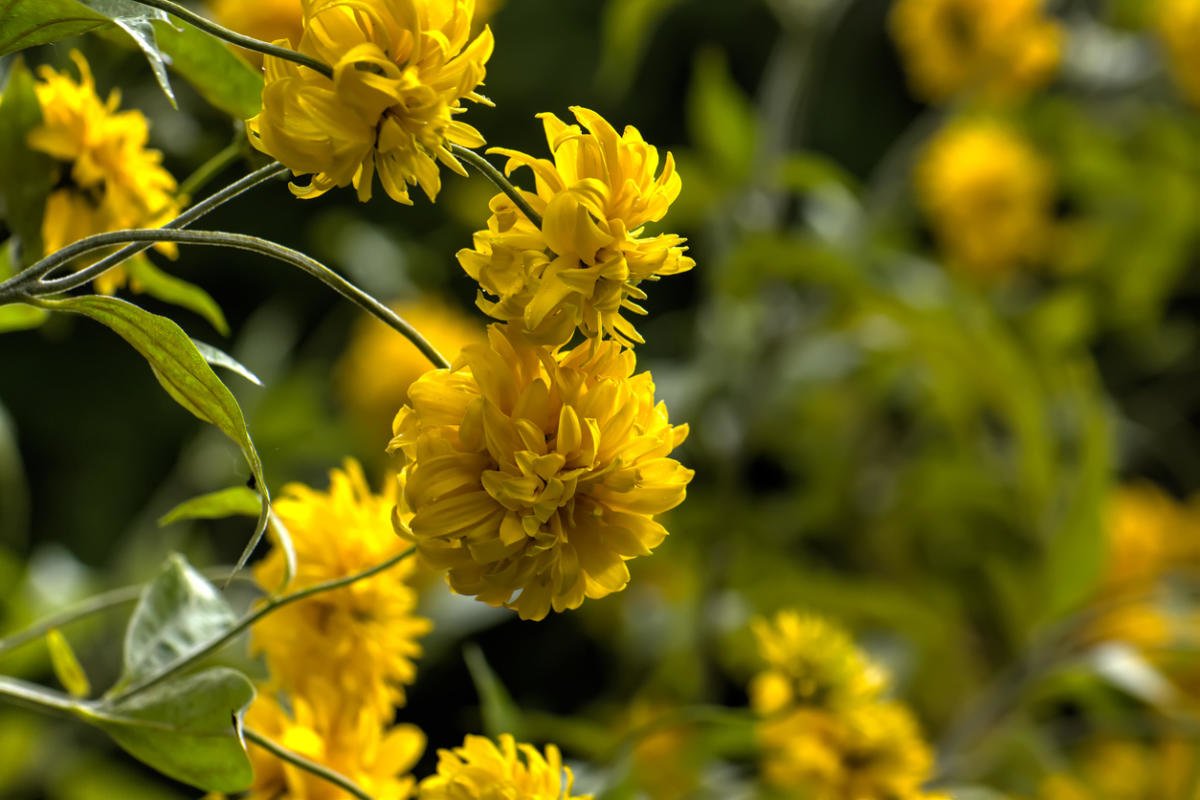 the bushes with thin stems, which, like a Golden fluffy ball, you’ll inflorescence size about 10 cm Flowers of this species are bright yellow, many sources say that this flowering rudbeckia will start in July, I have it blooms from mid-June.

This species belongs to perennials, I have lived one season, also likes slightly acidic soil, loam. Propagated by seeds, planting distance between plants about 30 cm, the maximum height of about 90 cm (my flowers were 50-60 cm). Double or simple flowers with inflorescence diameter of about 15 cm, very bright beautiful colors: orange with dark brown center, bright yellow, red-brown with a round dark center of the flower. 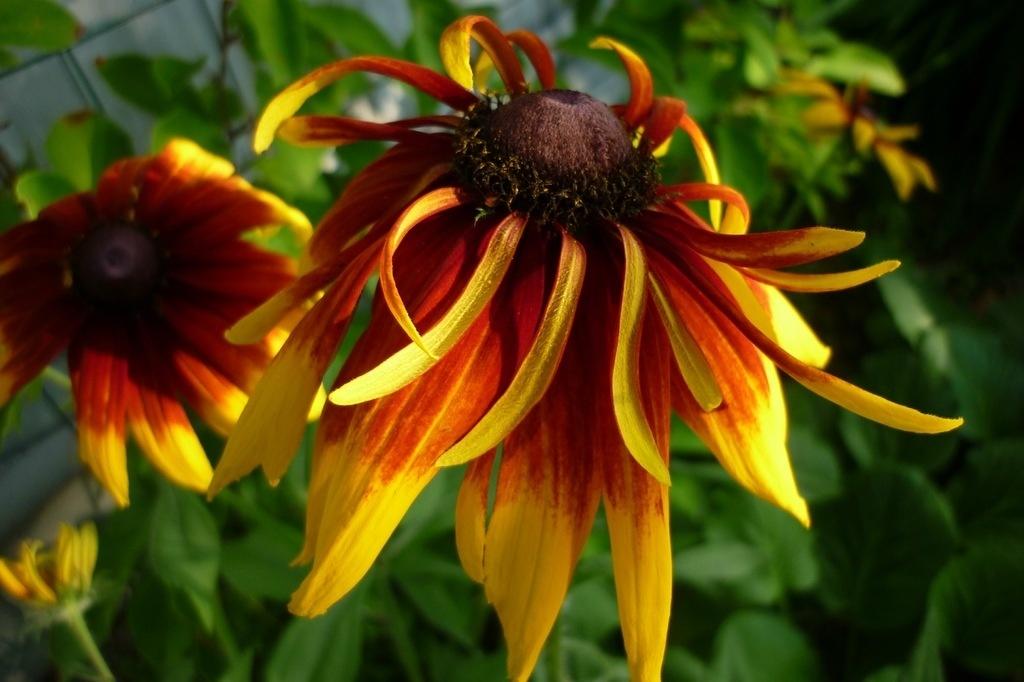 One of the most popular varieties of this species:

READ  How To Plant Grapes (Part 2)

Goldflame-delight in this variety is a brown-red middle, plant height of about 35 cm, inflorescence medium size, up to 15 cm, often 10-13 cm 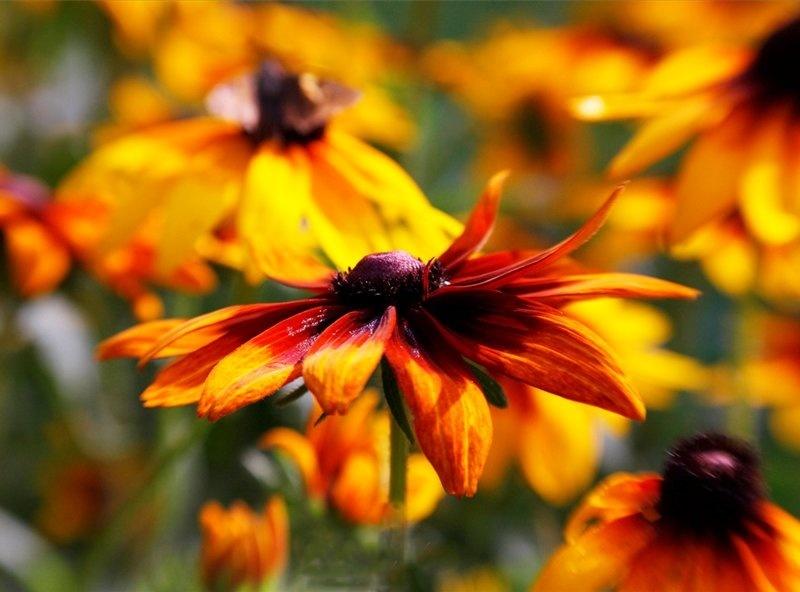 Riesenfreude-high shrub, large flowers with original core in the form of cylinder with lights are flashing yellow thin whisk. 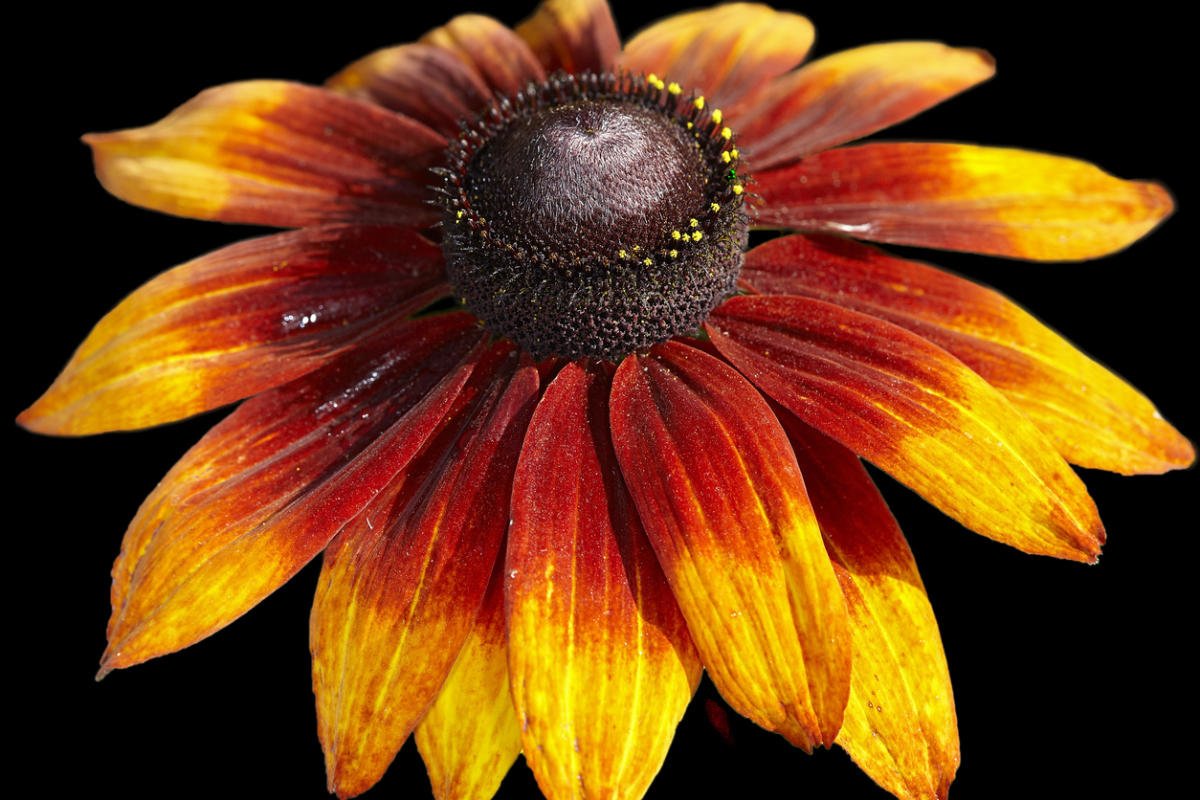 Meine Freude-relatively small bright yellow-orange flowers with rounded petals, the middle of the flower is dark brown, convex, on the Bush many inflorescences. 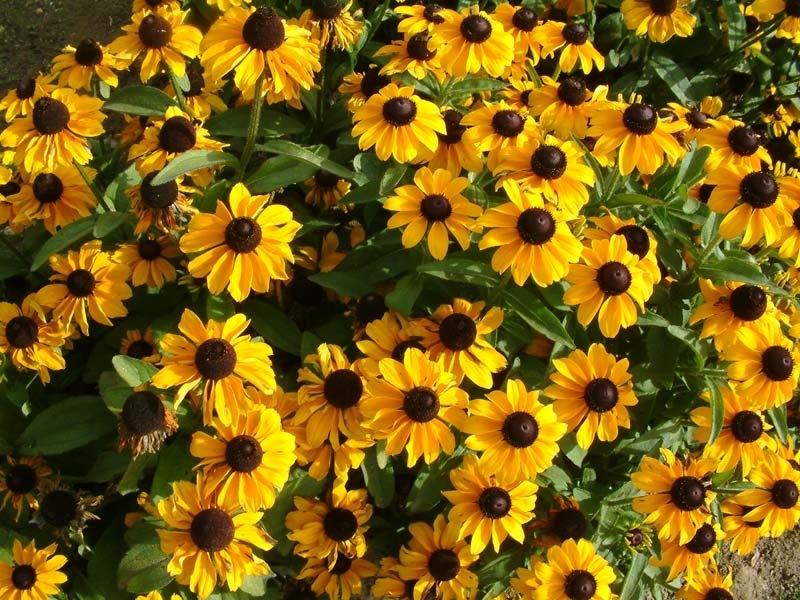 The flowers of this species are slightly larger (about 20 cm), the center of the flower more convex. Begins to bloom in June with a variety of high colors (about 70 cm). 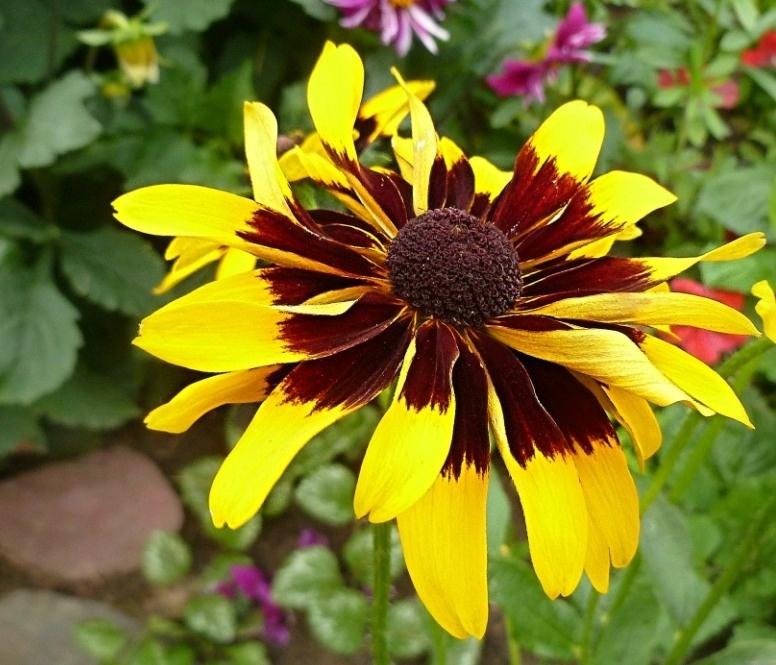 This is a very winter-hardy perennial that does not require shelter for the winter, reproducing by dividing the Bush or seeds. Likes slightly acidic light soils.

The height of this species is about 120 cm, the flowers are bright yellow with a convex middle on long branches. 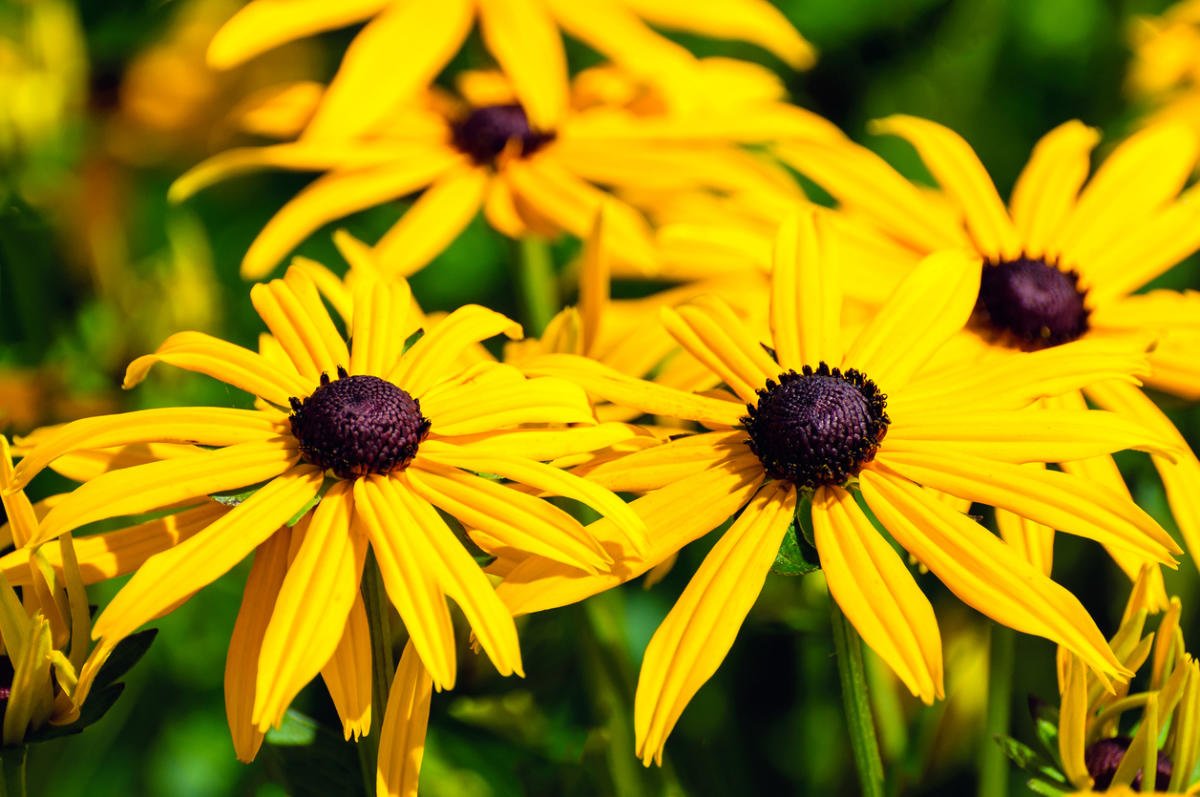 Guidelines for Selecting Seedlings and Planting Conifers
How to Plant and Place the Most Beautiful Flowers in the Garden
Flowers in June
Shelter Perennials For the Winter. Do I Have To?