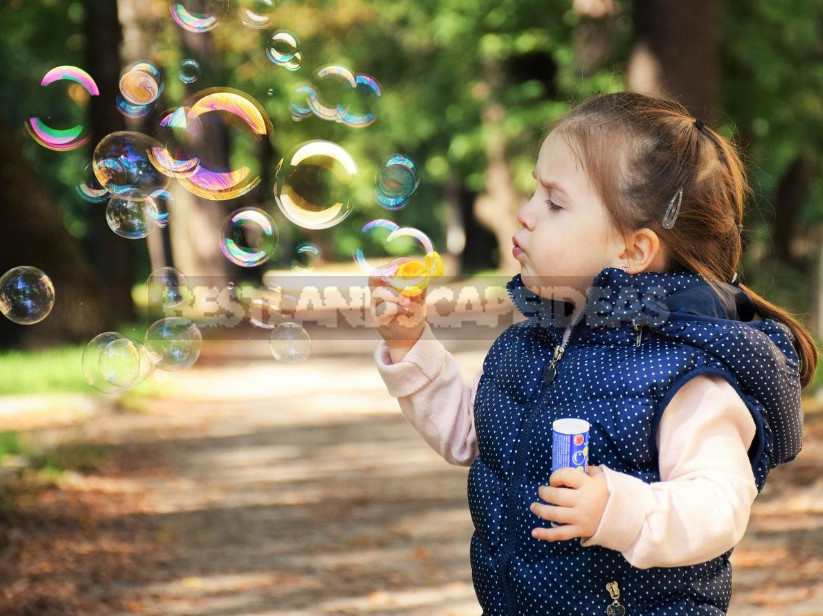 Let’s, as agreed, imagine ourselves in the place of this child. Well, tell me, can be interesting in primitive placed on the plane of all kinds of shells? Or have you forgotten that as a child so want adventure? A skull full of fantasies, expectations… this should indulge.

Let’s talk about the place and size of the site

If the content of the Playground is more or less clear, where in the garden it should be located? It is absolutely clear that in any case not on the transit route. However, do not understand it too literally and push the Playground deep into the garden. Tracks should not pass through the platform itself, should not cut its plane. At the same time, you should be able to get to the children’s area in the shortest possible time.

On the sun or in the shadows must be such a Playground? The right not will nor the first, nor the second option. This site should have on its territory as a lighted area and shaded part. It is believed that at least 1/3 of the children’s area should remain illuminated. On any Sunny deck must be shaded area. It can be some awnings, trees with spreading crowns, pergolas with vines and so on. 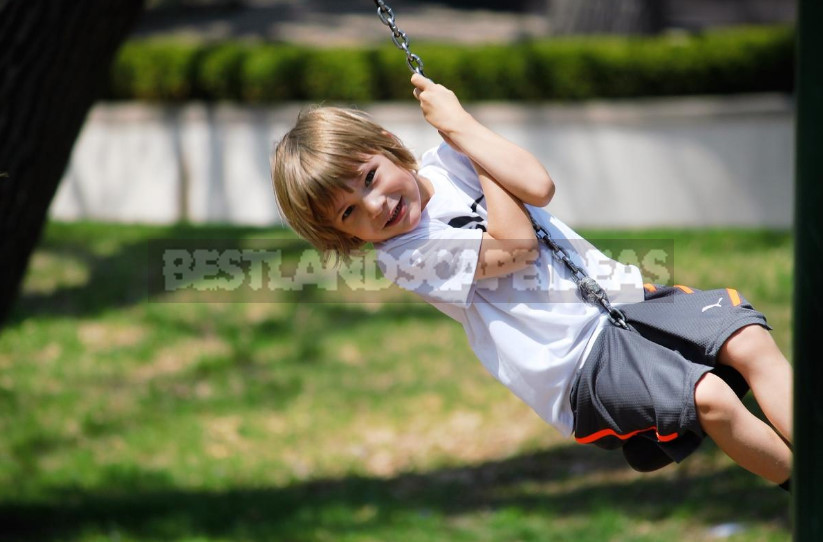 Sometimes it is funny to read in some books or articles on garden design proposal to plant a tree on the Playground to create a shadow. What will the child be like when this tree finally grows and begins to cast a shadow? It is likely that under it he will begin to nurse their children. But, of course, if the site already has any adult tree, it makes sense to consider the place under it for use as a Playground. Well, if the tree is located relative to the site in the South-West, but this is not a prerequisite. If the plot is goal entirely, then we solve this problem with man-made elements or vines on supports.

The size of the pad can also be different. It all depends on what your child is: a boy or a girl, a future athlete or a botanist. However, there are norms. They can be guided at least as a necessary minimum. Thus, the minimum rate for one child up to 3 years – 3 sq. m., for a child 4-6 years-5 sq. m., and for older-10 sq. m. If we are talking about playgrounds-that is, just those areas where sometimes almost real “military battles” with the neighbor’s children are played — their size can be about 15 sq. m.

What to plant on the Playground? 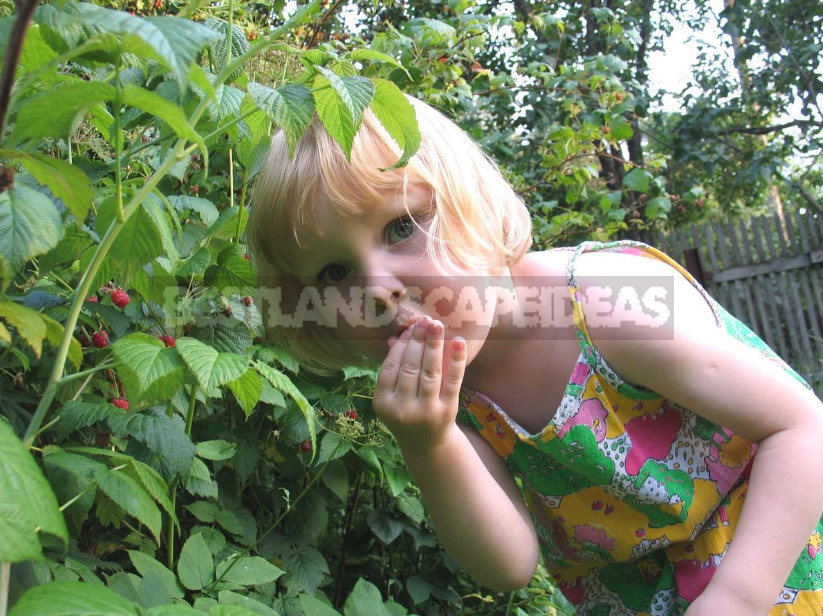 In fact, on the Playground should avoid any plants with clearly readable fruits. Even if they are quite edible. Believe me, your child will not wait until they are ripe. This applies to kids under the age of 3 years, as they have a basic knowledge of the world is through feeling, biting and licking.

It is not necessary to plant prickly plants, but these recommendations often reach the point of absurdity, when the prickly begin to include pine, fir, spruce…

At the age of 3 to 7 years the taste is already tried. Now in games requires physical tension. Well, if your site has long been growing some powerful tree. We said above that in this case we are building a site next to it. It may well be a good simulator that can not be compared with artificial equipment.

Such trees could be Ulmus glabra, Quercus rubra and Quercus robur, Juglans cinerea, Tilia platyphyllos and Tilia cordata, adult instances of Acer ginnala and Acer rubrum. These are strong enough trees, and the structure of their branching allows the child to climb the branches, rightfully considering himself Tarzan.

Additional jungle effect can be created using vines. For such conditions are quite suitable such unpretentious as, for example, Parthenocissus quinquefolia.

If there are no such trees on the site, it is necessary to come up with them. Grow unlikely to have time, but in the end, it can be even simple branched trunks from the already once somewhere cut down trees. Such a tree or its imitation will most likely be the accent of the site. And that under him, that in subordination? 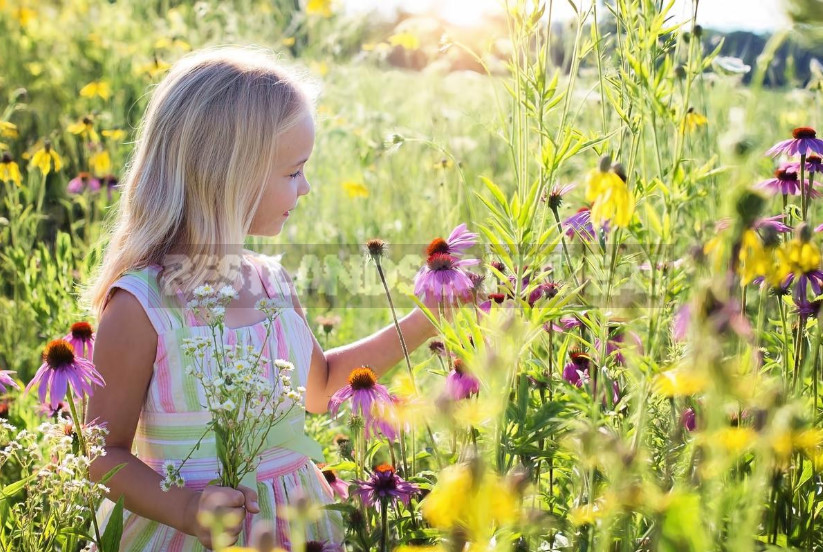 It could well be shrubs such as Cotoneaster lucidus, species and varieties of Spiraea sp., Philadelphia sp., Syringa sp..

I have repeatedly mentioned the tent, which is quite possible to create from plants. For example, from stuck in the ground and tied at the top of the intertwined willow twigs, which are known to be perfectly rooted and can turn such a hut into a real green house. You can use the weeping forms of Ulmus glabra ‘Pendula’ or Fraxinus excelsior ‘Pendula’. In this case, however, under them will need to build a wooden platform about 5-10 cm above the ground, in order to protect their roots from trampling from the beginning. We also need to immediately cut the passage (the entrance to the tent), otherwise all branches will be altripan on the height growth of your baby.

Playground, growing with the child

Children continue to grow up. And so they went to school. Adventures and jungles many of them already seem naive childhood. This well ” serious people.” They look at their Playground and the garden in General with very different eyes (however, they visit it — unlike teenagers 12-15 years old, who use it exclusively as a place to hang out with friends). 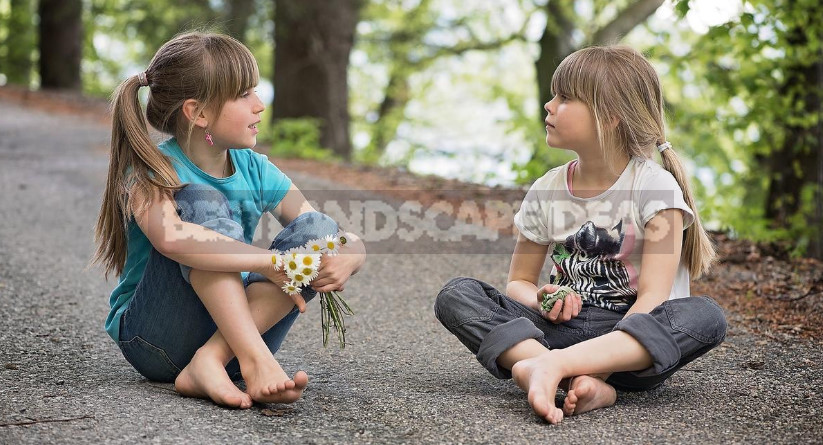 Now the platform for them is not a place of games, but their territory, where they can do everything they want. Here, too, it is necessary to meet them halfway, because at this stage the child is very important to fulfill themselves. Maybe you with him on his site to build a small garden house to replace the primitive hut, and maybe break a decorative garden. It all depends on the individual preferences of your child, which is important to guess and then develop.

If the child tends to the second option, that is, a number of plants, easy to grow and at the same time interesting. This vegetable (decorative pumpkins, beans, “greens”), and flowers (Hosta, daylilies, brunnera), and woody (hydrangea, creeping willow, shapes and varieties with winding shoots of Potentilla, mountain pine, Pinus mugo, forms of Thuja).

Here is such a difficult thing – the construction of a Playground. But everything is in our hands, we just need to be children again for a while. 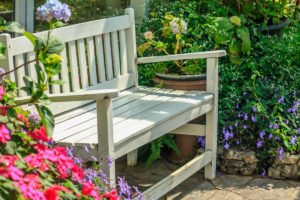 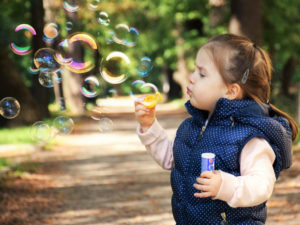 Children’s Playground, Which is Not Boring (Part 1) 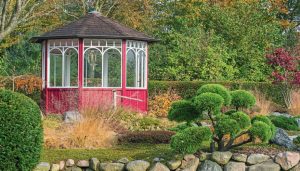