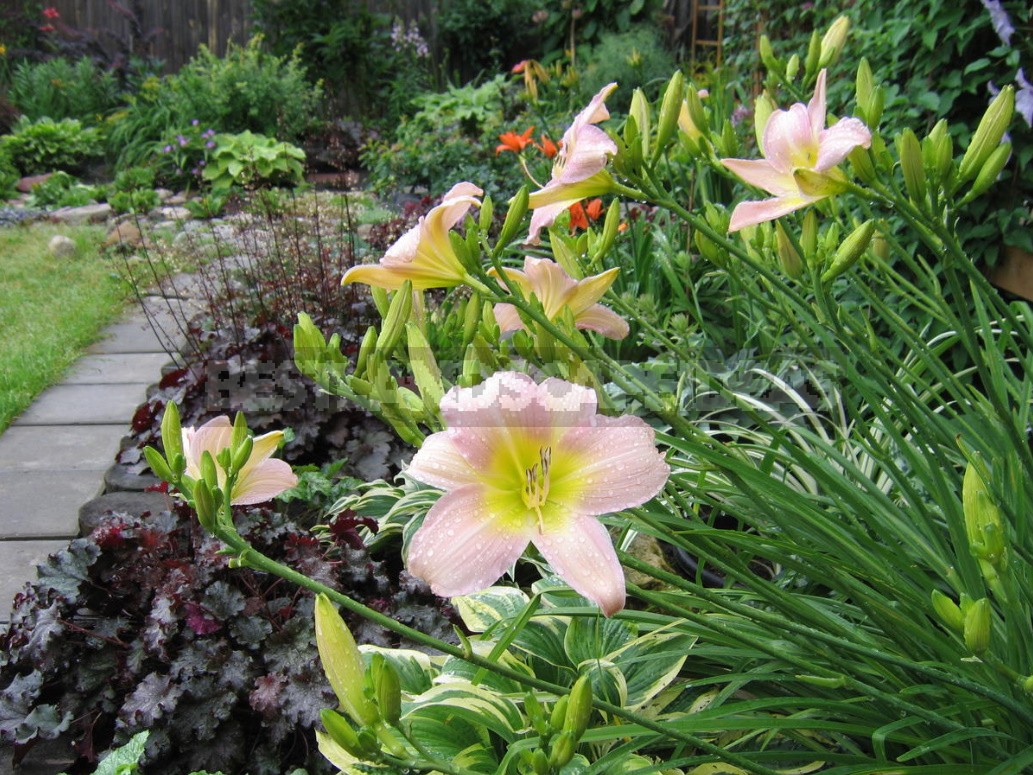 When choosing daylilies for your garden, you should be aware of some of the features of modern varieties. The fact is that these plants differ in the type of vegetation: they can be evergreen and deciduous, which are called “dormant”, and between them there is a transitional form-semi-evergreen or semi-dormant. In sleepers, all the leaves turn yellow and quickly die off with the first autumn cold. In evergreens, even after the onset of frost, the leaves remain green, and go under the snow.

We cannot say that these differences in vegetation are directly related to winter hardiness. If the snow cover is stable and powerful enough, then all the plants will be well preserved. For evergreens, frosts are not dangerous, but strong prolonged thaws – daylilies can go into growth, and then be caught by frost. Therefore, when purchasing new plants, try to find out what they are-dormant, evergreen, semi-evergreen.

In addition, you should pay attention to the timing of flowering. If you want to buy an evergreen daylily, it is better not to take late varieties – this is dangerous, they may not have time to properly prepare for the winter, lay good renewal buds, and even if they do not die, they will not bloom.

Depending on the duration of flowering of an individual flower, there are day, night and long-flowering types. Night blooms in the evening or at night and fade by the next evening, many of them are fragrant. Such daylilies are indispensable where people spend time at the end of the day or at night, for example, on the terrace or near the pool. Blooming flowers in the evening perfectly retain freshness all night. 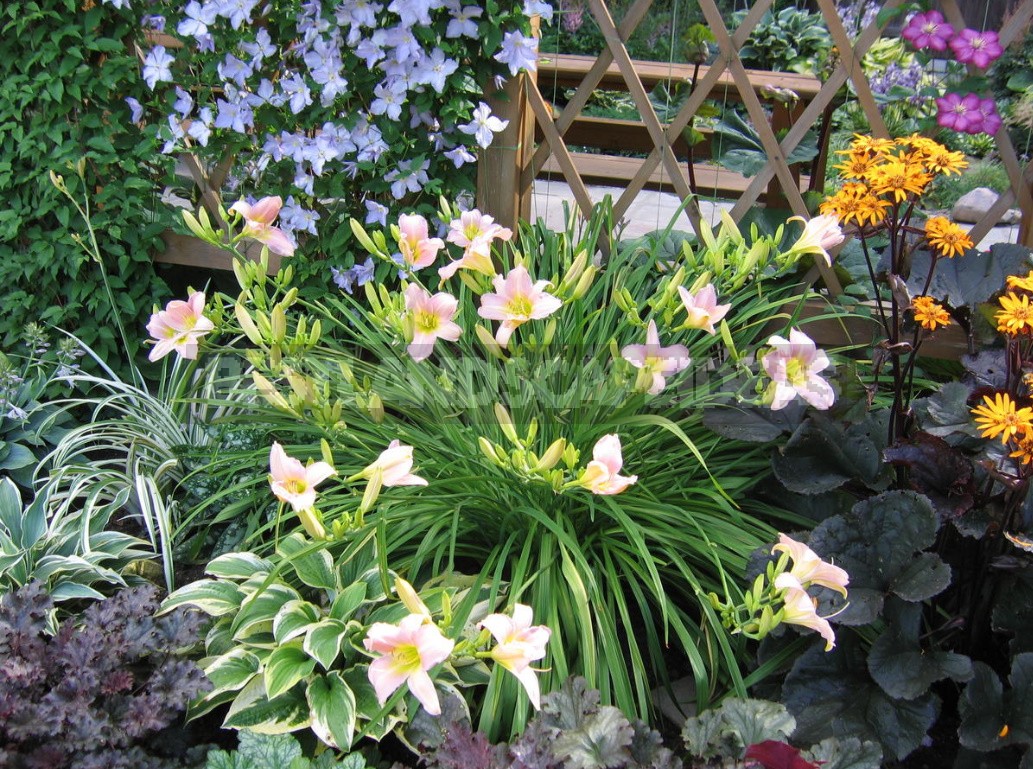 The total duration of flowering of an individual specimen is one of the most important characteristics of the variety. Among modern tetraploid varieties, remontant varieties predominate, which after the completion of the first flowering cycle, after some time, begins to repeat, new flower stalks appear. But this remarkable property is realized only under the condition of a long warm summer. We have too cold nights in the middle lane in September. To a certain extent, this also applies to very late-flowering varieties.

However, there are also so-called long-blooming. They have new flower stalks appear evenly after the beginning of flowering, sometimes up to three flower stalks grow from one fan of leaves. At the same time, each of them does not have a very large number of flowers, and this is good, since after fading, there are ugly stumps with scars and, when there are too many of them, it spoils the impression. The most famous examples are the varieties ‘Stella d’oro’, ‘Whooperee’.

An important feature is the degree of branching of peduncles (it can be three or even four times). For our climate, varieties with a high degree of branching are best suited. On each twig is dissolved at the same time 1-2 of flower, and then — the rest of the flowers. In such daylilies, the total number of buds reaches 30-40, their flowering lasts a very long time.

Experts apply the term “Bud building” to these plants. Such varieties must have the correct ratio between the height of the foliage, the length and branching of the peduncles, the shape and size of the flower. This is what is meant by the concept of balance. 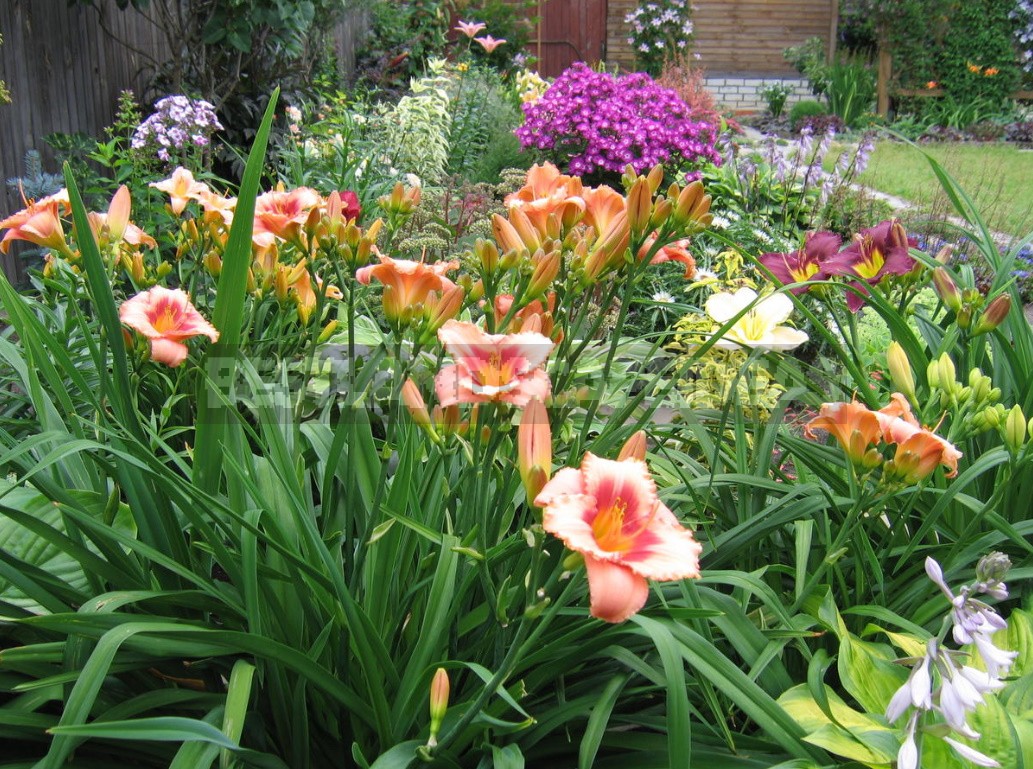 What you need to know when choosing light pink and pale lilac varieties. Like all gently colored ones, they look much more spectacular in good light, especially if they also have a “diamond coating”. Purple, crimson, and cherry do not tolerate the hot sun at all, as do brown and so-called black ones, whose dark color absorbs heat rays. But pink and lilac can also suffer in the sun.

The reason is that the pigments that give pink, lavender, Magenta and purple colors are located in the vacuoles of epidermal cells of petals (for the same reason they are easily damaged under heavy rain or incorrect irrigation), while lemon, Golden yellow, orange and red pigments are contained in plastids of mesophyll cells of the petals, that is, in depth. 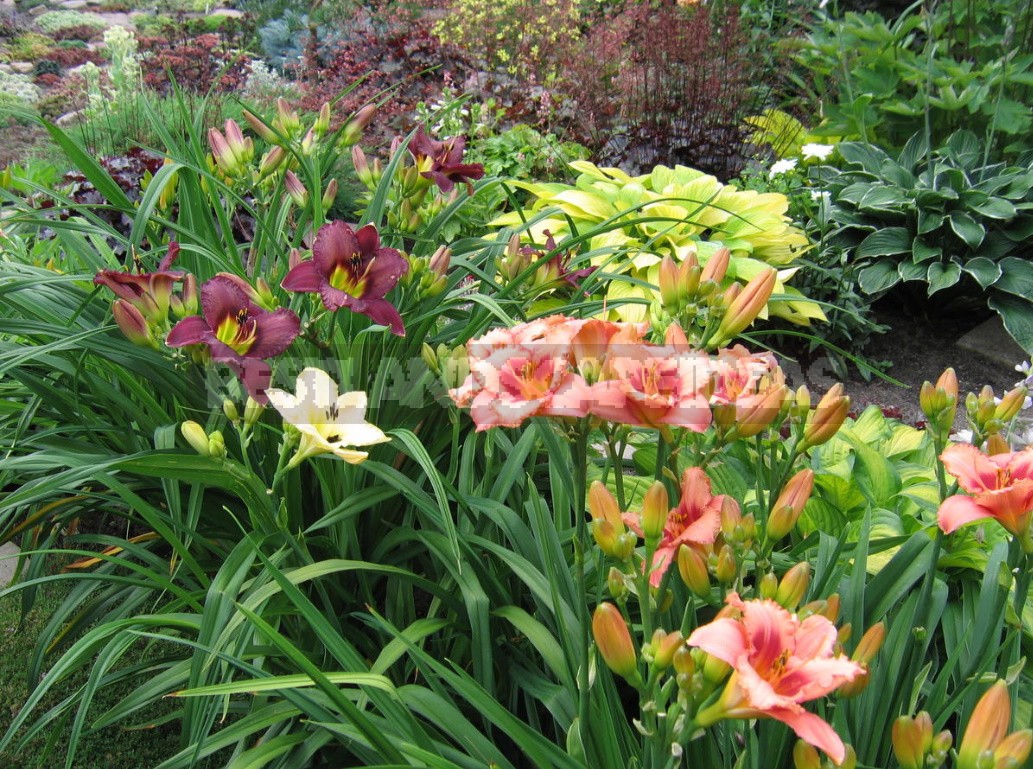 When daylilies don’t bloom, their foliage also plays a role in the design. The leaves can be yellow-green, olive-green and very dark, with a bluish tinge, and in width-from very narrow, cereal-like to wide, belt-like. In some they are directed upwards and only slightly deflected, in others they fall gracefully, resembling the frozen jets of a fountain.

They contrast in shape, size, or texture with the leaves of geraniums, peonies, peaches, bluebells, Phlox, and delphiniums. In a shady garden, the leaves of daylilies look great next to ferns, hosts, Aruncus, Digitalis, Calamagrostis, Thalictrum, Darmera. And with decorative cereals, Iris sibirica and Iris japonica, Ornithogalum, Camassia, Gladiolus, on the contrary, are in harmony in form. 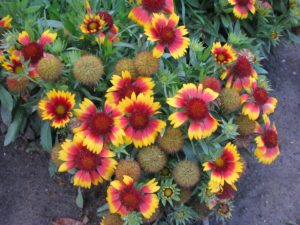 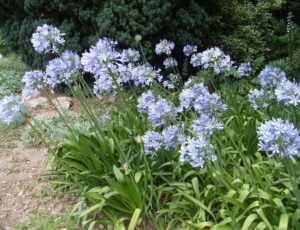 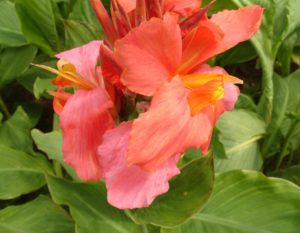 Varieties of Canna for Growing in Containers 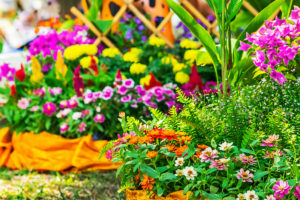