In the pre-Internet era, in the early seventies of the last century, the idea of original seedling cultivation was born. In the literature, the new method was highlighted, and improvements were proposed.

Those who first saw snails and even listened to an exciting story about the benefits of using them, want to immediately grow all their seedlings in this way. And space is saved, and each sprout is its own owner-sole proprietor, and watering is simplified, and a sheet of waterproof material costs very little. So little that for the price of one box or cassette, you can buy a whole running meter of canvas and cut up seven or eight boxes of snails. Solid advantages!

However, if you look at snail technology with an unbiased eye, several questions immediately arise.

One of the main advantages of growing seedlings in snails. Yes, snails take up a little space on windowsills — and how do seedlings react to compaction? After all, our goal is not to set a record for saving space, but to grow strong viable seedlings, right? There are recommended distances for growing seedlings, for sowing seeds. They were not canceled under any agronomic authority. Every gardener knows that the distance between rows of tomatoes when growing without picking should be 6×6 or 8×8 cm — – and these are the same distances at which plants are placed when transplanting seedlings from bowls to boxes.

Can I get them when growing in a snail? Can. But then the twisting with seedlings will “grow” to a significant size — and the photos suggest the opposite. If the distance between them in a row is not maintained when unfolding, then when twisting the strip, it is impossible to maintain the recommended distance between the rows, because no one will pour a layer of soil with a thickness of at least 6 cm into the snail. Draw your own conclusions.

It is considered that the plants in the snails are quite enough soil content. But what about the recommendations of specialists who advise you to start feeding with the appearance of the 2-3 real leaf? Another disadvantage: the first watering will lead to subsidence of the soil, its tracking. And very quickly (we often water seedlings), the distances between plants in turns will become almost equal to the thickness of the material used. It will be too tight for plants. And after all, no one will roll out a snail to add soil for each root, for sure: the task is very difficult. No, it’s easy to roll out — it’s hard to assemble later.

It is quite possible to grow seedlings in a snail before picking, this will take two to three weeks-a short time. And then we will see that the seedlings will begin to fight with each other for light, intertwining leaves… We can’t see them, but they are also fighting with their roots for food.

Closed root system – this is growing in pots; when transferring to the open ground, the roots are not injured. A conditionally closed root system of snails does not give this. Yes, the roots will remain when transplanted, although there may be a violation of root respiration. But for tomatoes, peppers, eggplants, onions, this is important, but not so essential. So far, no cottager or gardener has cried that the transplant has ruined the work of sowing and growing, as they say, on the root: plants take root, even if not always well.

There are plants whose seedlings can only be grown with a closed root system, because they are extremely painful (up to death) react to root damage. But it is expensive to buy a separate pot for each seed, and it is not necessary to grow it for two weeks. In forest nurseries that grow thousands of seedlings of coniferous plants, snails really help to save significantly: less soil is required (plus the cost of its delivery disappears), the area for Seating capacity in comparison with pots, machine work. But snails in nurseries may not be the same as for a window sill in an apartment, but much larger — at least up to 0.5-1.0 m in diameter. Perhaps now snails are out of fashion even among foresters: modern plastics have allowed us to create new containers for growing, which are convenient to use (they are light, compact, they can be disinfected and used repeatedly).

Do I need an intermediate stage?

It turns out that the snail is an intermediate stage from sowing to transplanting (picking).

So is it worth giving yourself extra work and workload? It is possible that the only real advantage of using snails is that the roots suffer minimally when transplanted, compared to extracting a sprout from a bowl. But after all, both seeding in a box for a permanent place, and seeding in cassettes for growing in one place before planting in the ground already guarantee the absence of unnecessary operations.

Snails can be adapted for growing seedlings of currants, gooseberries and other plants from cuttings, rooting cuttings.

I shared with you my view on the feasibility of growing seedlings in snails. I will not say that it is the only correct one. But I think so. 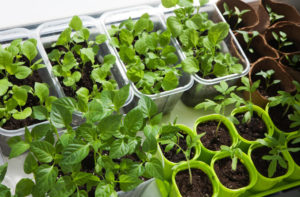 Seedlings in February: What Time to Sow? 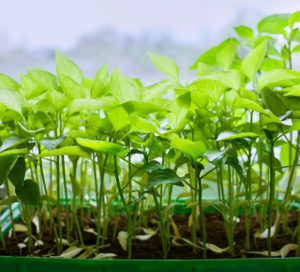 Seedlings Stretched. What to Do? (Part 2) 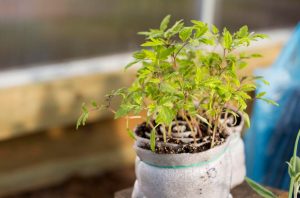 Seeding In Snails: We Understand In Detail The Most Compact Method Of Growing Seedlings 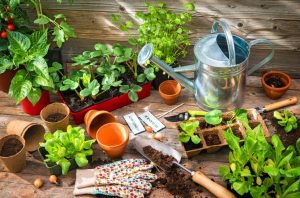