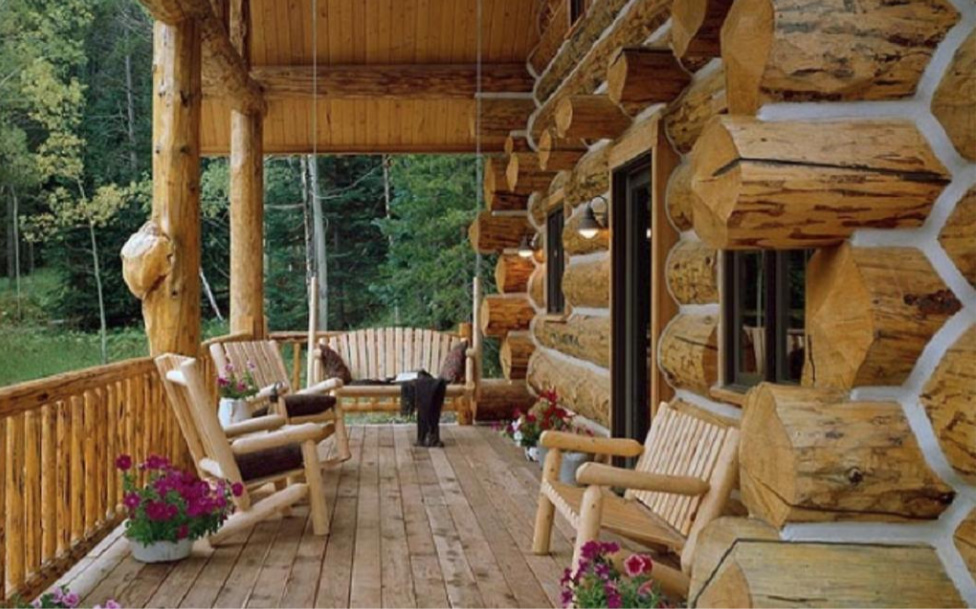 In the construction of a log house, jambs are a mandatory element. But not everyone can make them correctly. Our author – an experienced carpenter with a lot of experience – explains how to make this task as easy as possible for those who build a house with their own hands.

In a traditional log hut, all openings — window and door — were necessarily decorated with jambs. A frame of powerful beams was fixed in the opening, which did not allow the logs to fall out of the piers. There were special “quarters” in the jambs for hanging doors or installing window covers, which made it possible to make the structures windproof. But the main function of jambs is to “align” the walls.

During the construction of the log house, spikes were cut out in the opening at the ends of the logs (or beams) and the lower crown, and grooves were cut in the vertical jambs and threshold. Moreover, the width of the groove is slightly larger than the thickness of the spike on which the groove is put on. This made it possible to lay the gaps with insulation.

Jambs not only do not interfere with the shrinkage of the house, but on the contrary, they even help. Shrinkage occurs strictly vertically, the evenness and rigidity of the walls do not change. And the spike —groove connection, filled with insulation, makes the wall windproof.

Making a set of correct jambs is a difficult job even for an experienced craftsman. After all, the “window frame” of the opening is a structure that is assembled without nails and screws, it holds itself and gives strength to the whole house.

The threshold has a longitudinal groove, which is located at the bottom. With this groove, it is put on a spike hollowed out at the crown of the house, with a gasket of insulation. In turn, the threshold has grooves for installing vertical jambs. 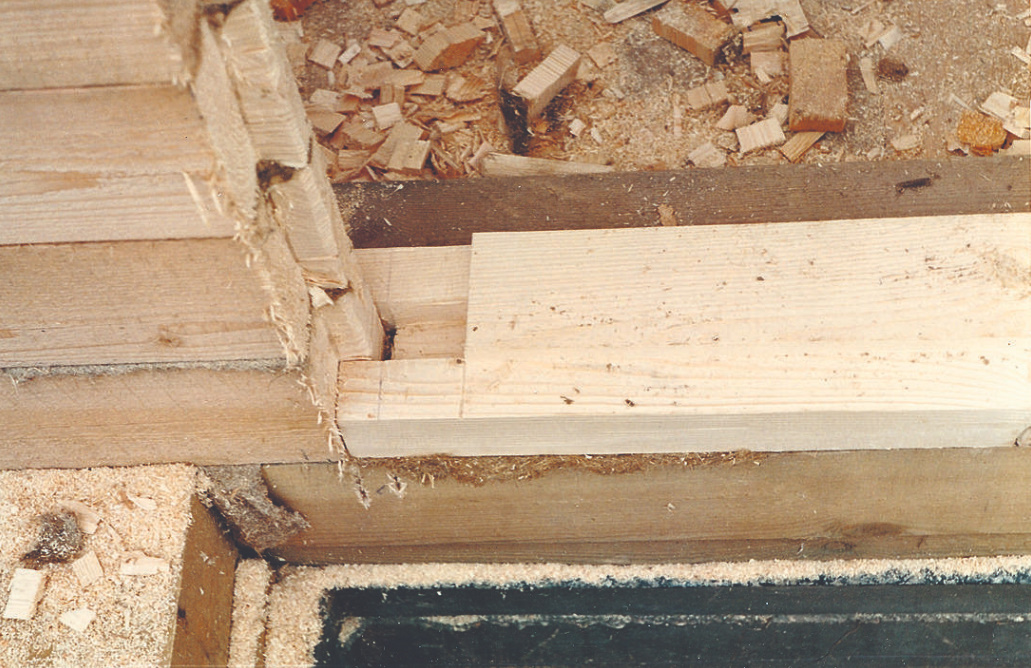 Vertical racks are also not easy to manufacture. In addition to the spike at the bottom (for installation in the threshold), they have longitudinal grooves, which are put on the spikes of logs protruding ends into the opening. There are also “quarters” for placing joinery (doors or frames) and a cutout at the top.

This cutout has a surface inclined in two planes. The final horizontal bar has exactly the same surface. When it is driven into place, it bursts the entire structure, pressing the vertical racks against the walls. In addition, the final beam falls into the “lock”, the inclined surfaces do not allow it to move upwards. Above the upper beam, a gap is necessarily left for the shrinkage of the house, filled with an inter-wall insulation.

How to simplify the work

Sometimes, for example, due to lack of skills or, if necessary, to complete the construction as quickly as possible, they do not do a “window sill”: in this case, they simply insert a window block (usually plastic) on screws into the opening, and fill the cracks with mounting foam. But what to do if you still can’t do without jambs, and the above reasons are also present?

Now there are good wooden window blocks on sale. There are even with separate bindings and a rather massive box. This box may well take over part of the functions of the “windowsill”: only two vertical beams with grooves will be needed.

It should be noted that “classic” and “correct” jambs have existed since time immemorial, when there were no window blocks intended for rural houses. Only simple window covers were used, which were inserted into the “quarters” of massive jambs.

Installation of window and door blocks

The window block must be modified before installation — the bindings and the box must be sanded. The main thing is to clean the putty, with which manufacturers seal up defects. Then all the wooden parts should be covered with a good water varnish, the bindings should be glazed using silicone, and the necessary seals should be inserted.

Places for the installation of window blocks need to be prepared during construction. Vertical jambs with grooves should be installed using spacer boards. And you can connect all this with nails or screws.

So, labor costs have sharply decreased, but all the important functions of the jambs have remained. The house is flat, the precipitation passes normally. By the way, the openings between the windows in the absence of jambs are easy to push out of the wall with your hands. 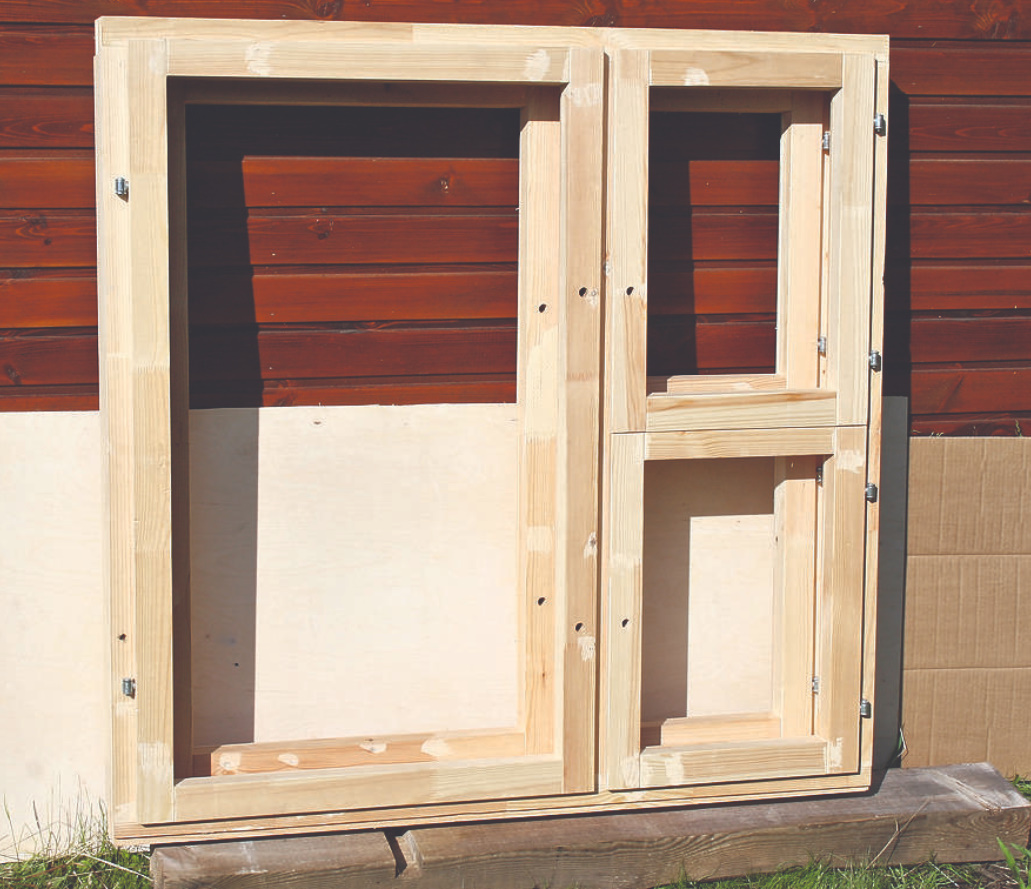 Installing ready-made blocks in these simplified jambs will not cause difficulties. You just need to wrap the block around the perimeter with an inter-wall insulation, insert it into place and fix it with four screws.

In the doorway, horizontal elements are necessary. But there is also a place for creativity here. So, you can connect the rack and the threshold using a wooden nail left over from laying the beam. The upper finishing beam can be fixed with screws.

Such simplifications will significantly reduce the complexity of the work. Perhaps the real masters will not like the proposed way out of the situation. But, in comparison with the complete absence of jambs, this solution undoubtedly wins. 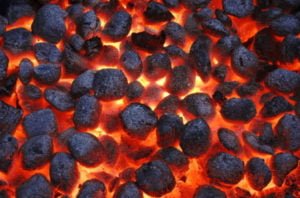 Pros and Cons of Various Types of Solid Fuel for Boilers: Coal and Peat 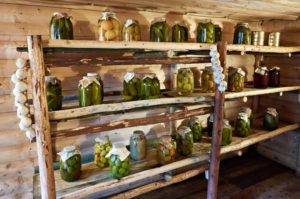 How to Get Rid of Mold in the Cellar (Part 1) 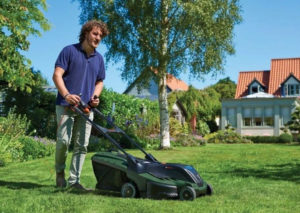 How To Choose And Operate An Electric Lawn Mower Correctly 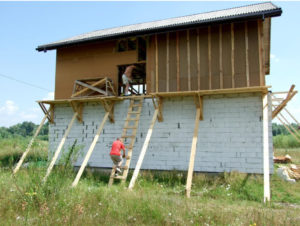 How To Assemble Removable Scaffolding