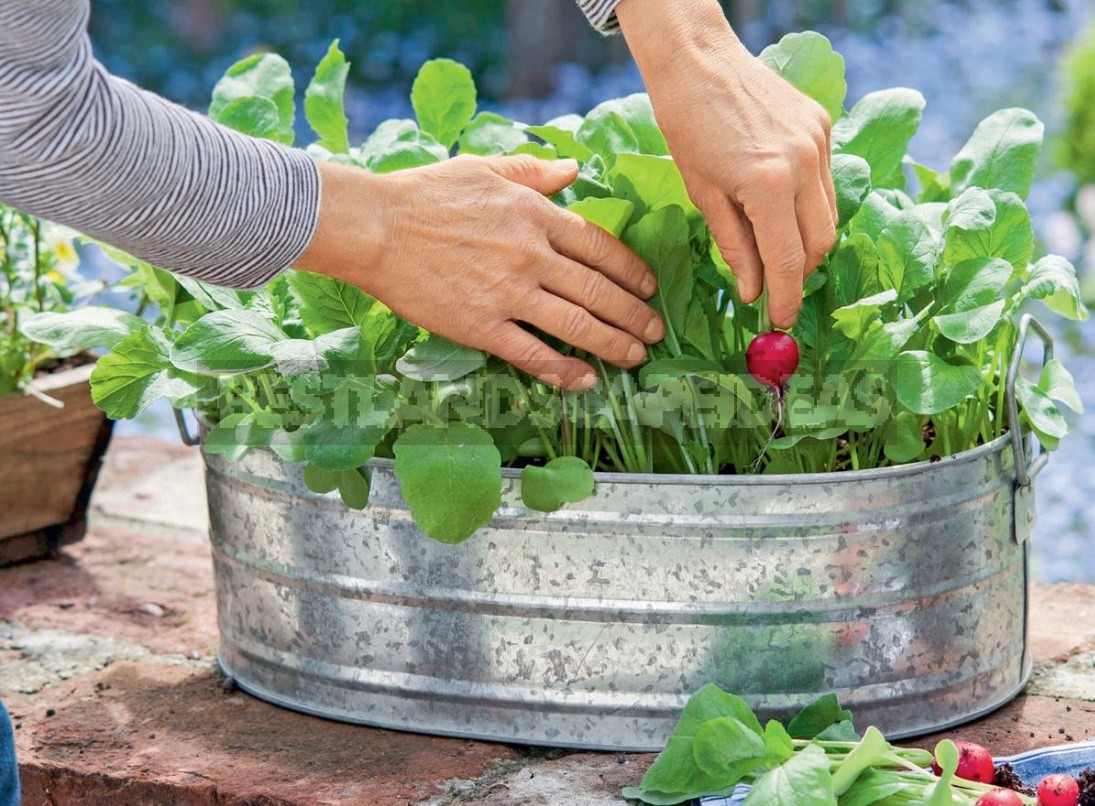 Crunchy root vegetables of these plants in spring are one of the first to please with a piquant taste. Learn how to care for the leaders of the vegetable menu to get an enviable harvest.

Radish can be sown on the bed as soon as the soil warms up to +5…+8°C(at a lower temperature, even plants of early varieties often go to bloom, without forming root crops).

By the way, special attention should be paid to the selection of varieties: early ones tolerate cold well, but do not like heat. And the later ones, on the contrary, are unsuitable for sowing in cold spring, but are quite tolerant of summer heat.

For growing in boxes and pots, radishes of any variety are suitable. In plants of non-hybrid origin, the root crops ripen in turn, so the harvest is slightly stretched.

Tip: to keep the radish always at hand, sow it every 2 weeks. Radish seeds, if stored correctly, retain their germination for 4-5 years.

Seeds are best sown in rows in longitudinal furrows or scattered. Radish should be buried no more than 1 cm, otherwise the root crops will be small and elongated.

In case of loose sowing in the furrows after the first real leaves appear, the plants should be thinned, leaving 8 cm between them 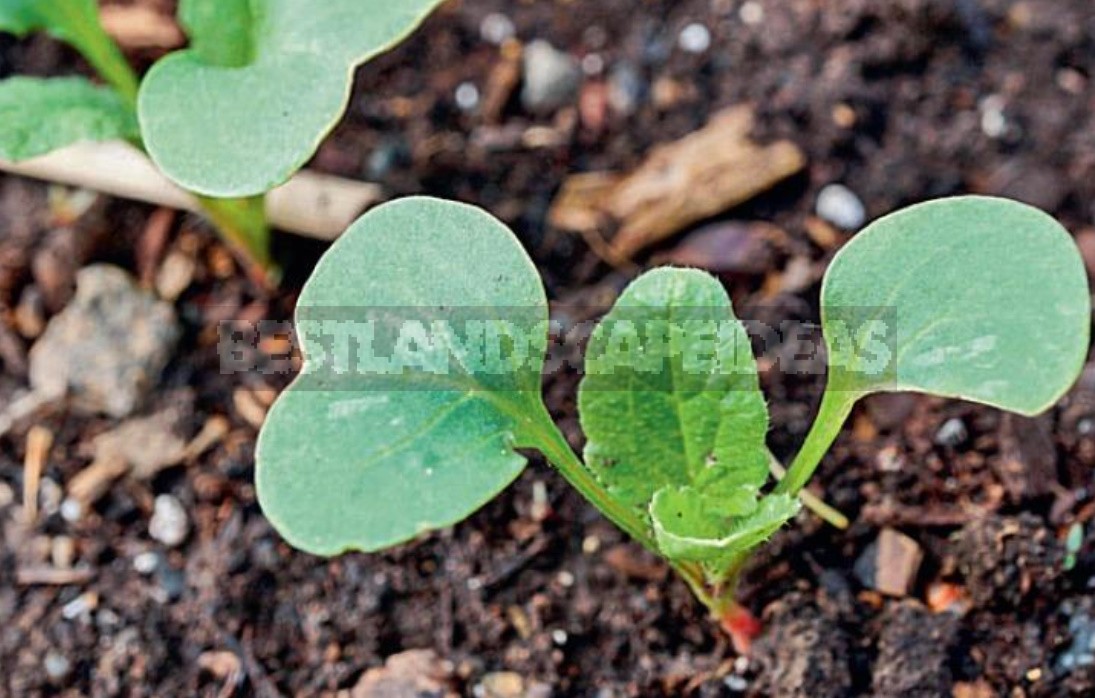 A marker Board with pins 1-2 cm long will eliminate the need to check the distances between the holes. You just need to push the Board into the soil, put the seeds in the formed depressions and sprinkle them with earth.

READ  Types of Green Manures, Their Use And Timing Of Planting (Part 2) 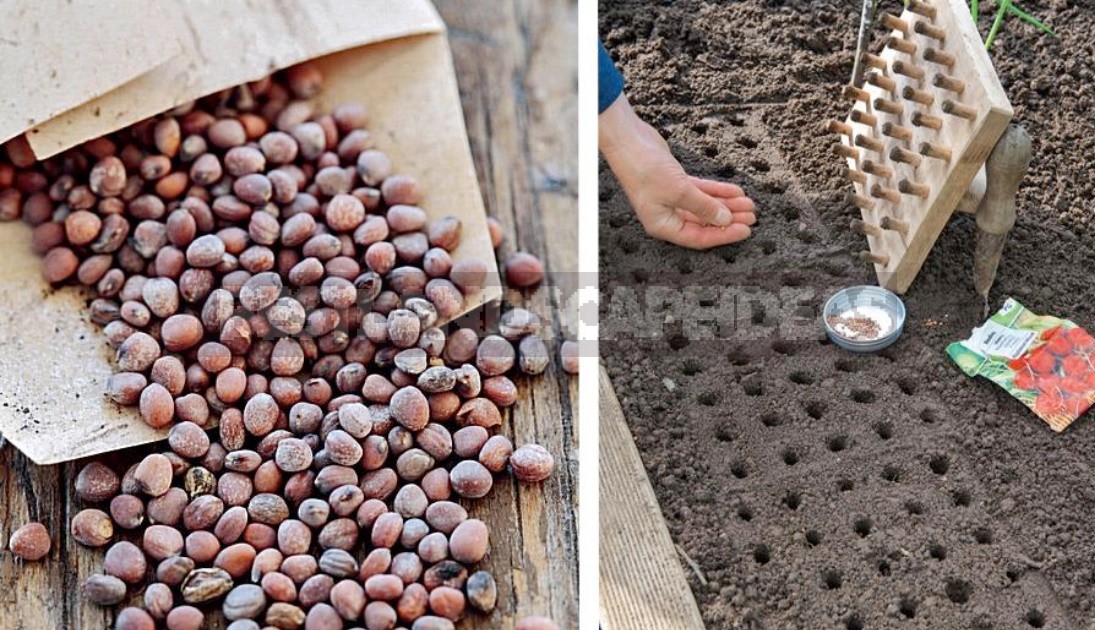 The nuances of care

Radish is the most unpretentious of all root crops and has the shortest growing season. But its root crops grow quickly and therefore need more water and nutrients. Ideally, even when preparing the garden for sowing, the soil should be loosened to a depth of 20-30 cm and add 0.5–1.5 buckets of compost (depending on the depletion of the soil) and mineral fertilizers (50-60 g of superphosphate and 10-20 g of potassium salt) to 1 m².

Important: radishes tend to accumulate nitrates, so make nitrogen-containing fertilizers at a minimum.

It is necessary to water the plants often: in a drought, the root crops of vegetable crops, even intended for sowing in the summer, become excessively hard and sharp to the taste. Mealy and woody fibers are formed closer to the base of the root crop, the rest of it is quite suitable for food.

1. Strongly branched true roots – the first sign of defeat Meloidogyne. 2. Powdery and woody fibers are formed closer to the base of the root crop. 3. Fast-growing radishes can be used as a marker for culture

Interesting: fast-growing radishes can be used as a marking crop, for example, to mark rows with “slow” carrots or parsnips. Another bonus from this mix is the double use of the garden.

Before harvesting, the late radish should be allowed to fully Mature. Radishes of early and medium-ripened varieties are most delicious if they are collected before the root crops reach the typical size of the variety.

Strongly branched true roots are the first sign of Meloidogyne lesion. To avoid infection with this and other dirt living in the soil, radish and other representatives of the family Brassicaceae should be grown on the same bed no more than once every 4 years, alternating with other crops.

READ  Orange Peels: Options For Use In The Cottage (Part 2)

In a sieve, the leaves of plants turn earth fleas. In small numbers, they are not dangerous, and the mass invasion can be contained by frequent loosening of the soil and watering. 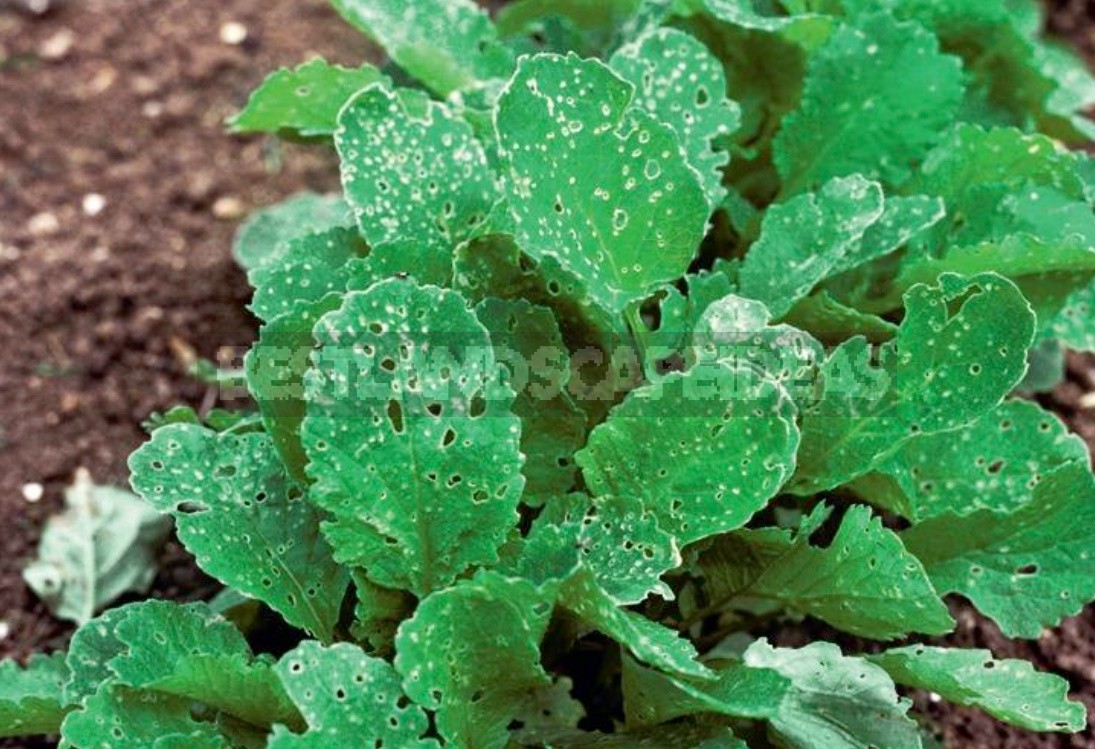 Did you notice the bitten root vegetables? This is the work of slugs. 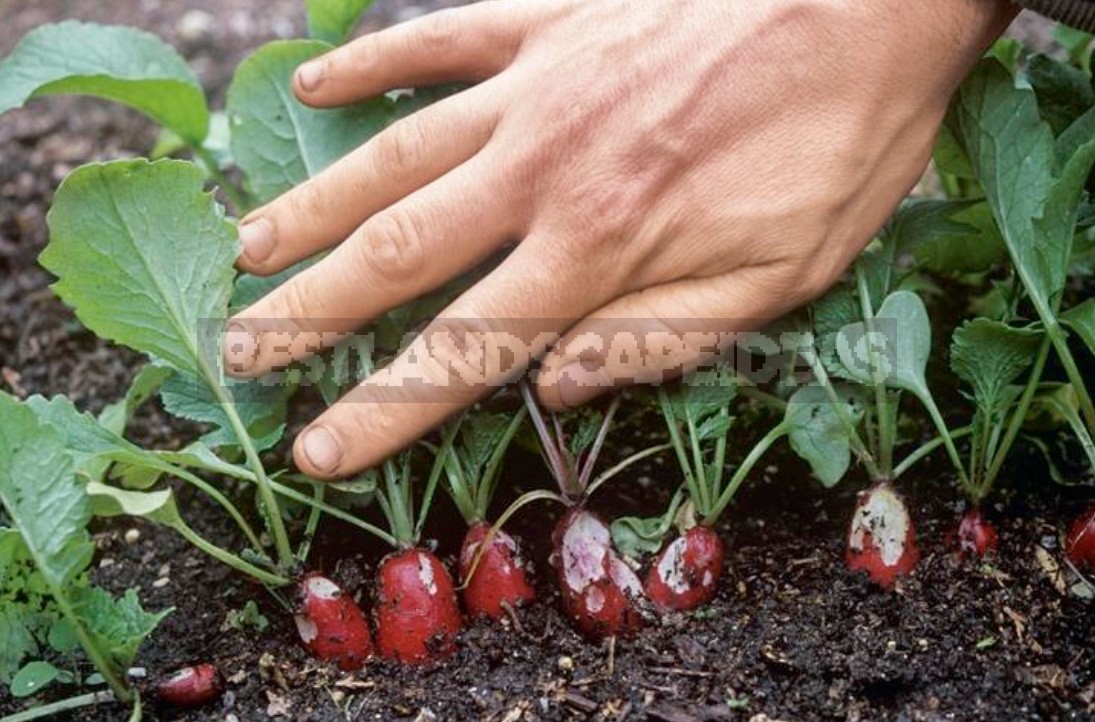 If you want to get rid of their claims, use logical means of protection or collect harms manually.

Popular Misconceptions of Those who Want to Have a Well: About the Depth and Amount of Water
Everything You Need To Know About the Soil Novice Gardener (Part 1)
Christmas Flashlight With Stained Glass Master Class
Automatic Ventilation Of Greenhouses. What Are The Options?