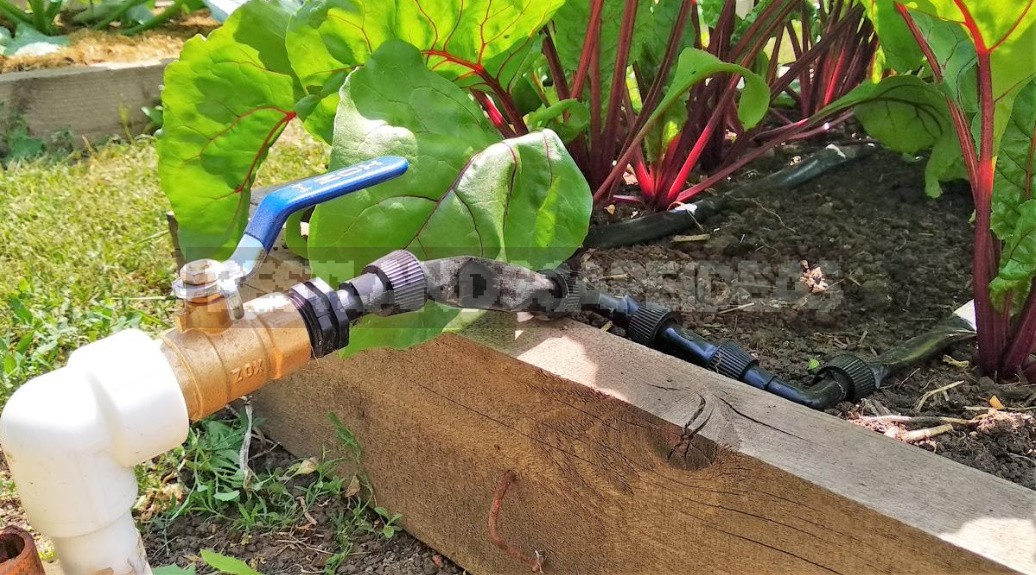 Automatic irrigation system on the plot significantly improves the quality of life on it. If the beds and flowerbeds are moistened by themselves, then time is released, which in summer can be spent more interesting. 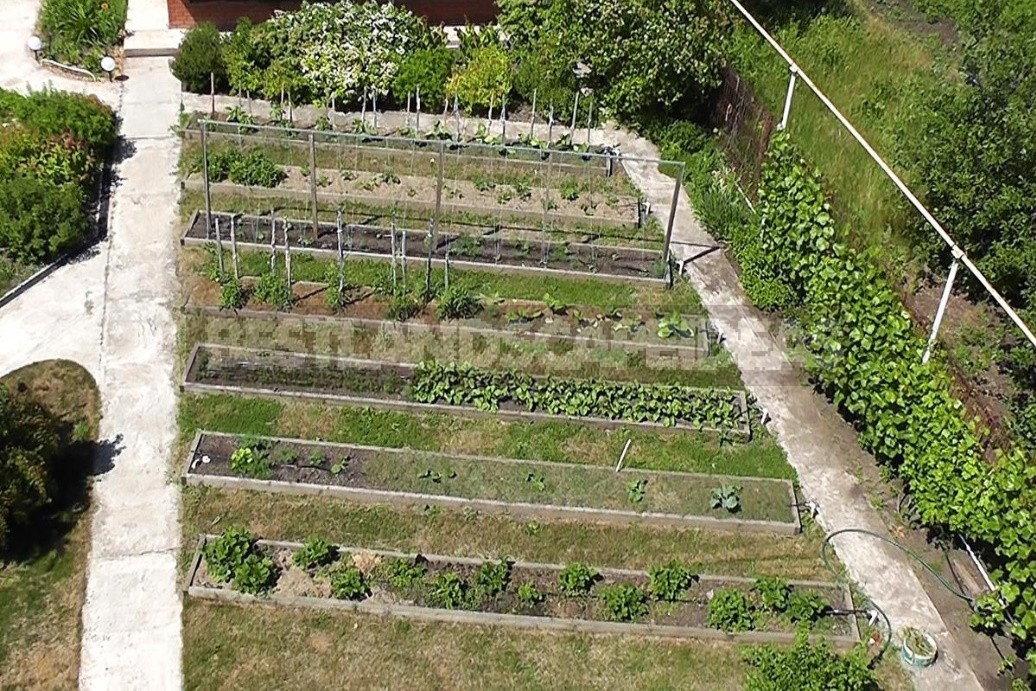 To water the garden and greenhouse, as well as to always have a reserve in case of interruptions in water supply, at the very beginning of the development of the site, a large barrel (volume of about 5.5 m³) was installed. Previously, it was filled with water, attached a hose and manually watered the garden. In the greenhouse has been used a set for auto-irrigation. The system in question has been in operation for the second year, but it continues to improve. 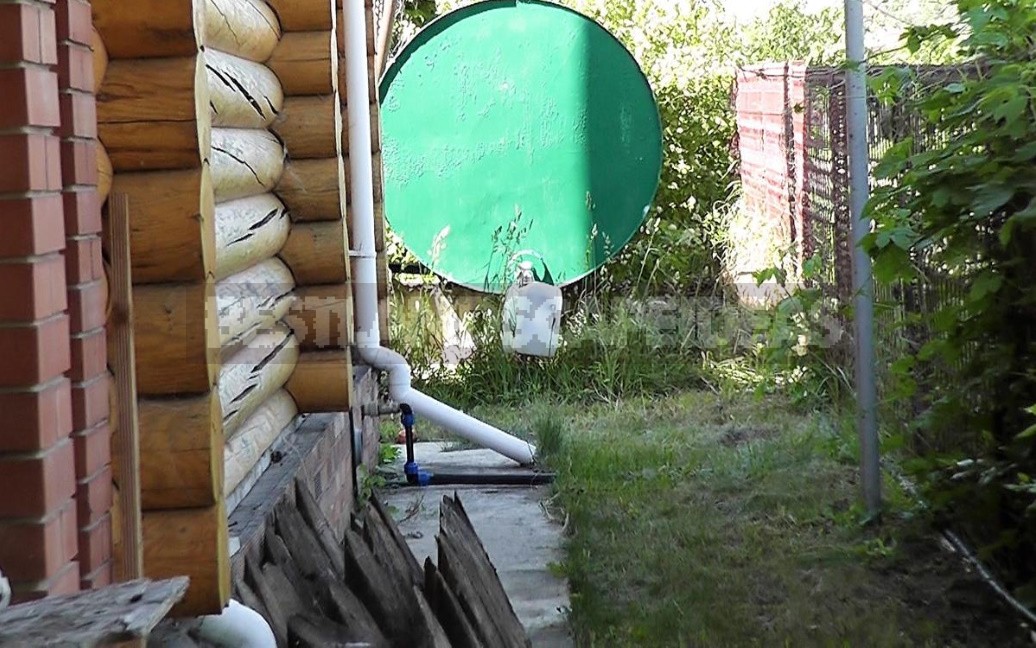 To simplify the process and reduce water consumption, the first version of the automatic irrigation system was installed last year. So, the garden is located between the house and the bath, and the container is behind the bath. A shallow trench was dug between the path and the ends of the beds, where a welded main line was laid — a polypropylene pipe with taps to each box. 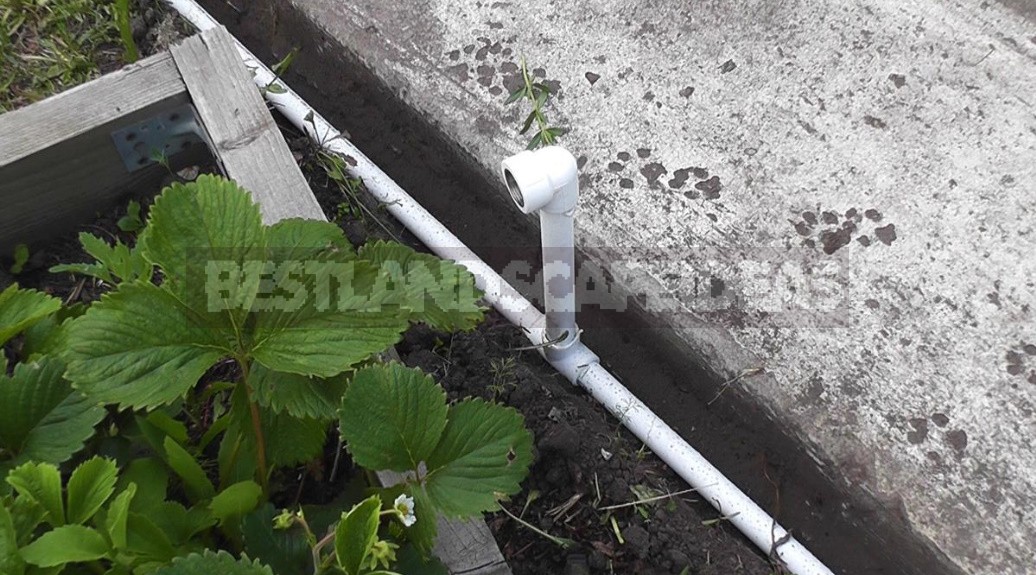 It was welded using a special welding machine. Of course, the need to have this tool increases the cost of the irrigation system. You can assemble a system of low-pressure polyethylene pipes. The plus is that in this case, nothing will have to be welded, and the minus is that all fittings (connecting elements) are more expensive than polypropylene.

In one place, I had to lay this pipe under the path, so that I would not stumble. A similar pipe was stretched to the greenhouse, but over the ground along the fence. At the end of the pipe, a plug was made to drain water in the fall, then everything was checked for leaks and buried. 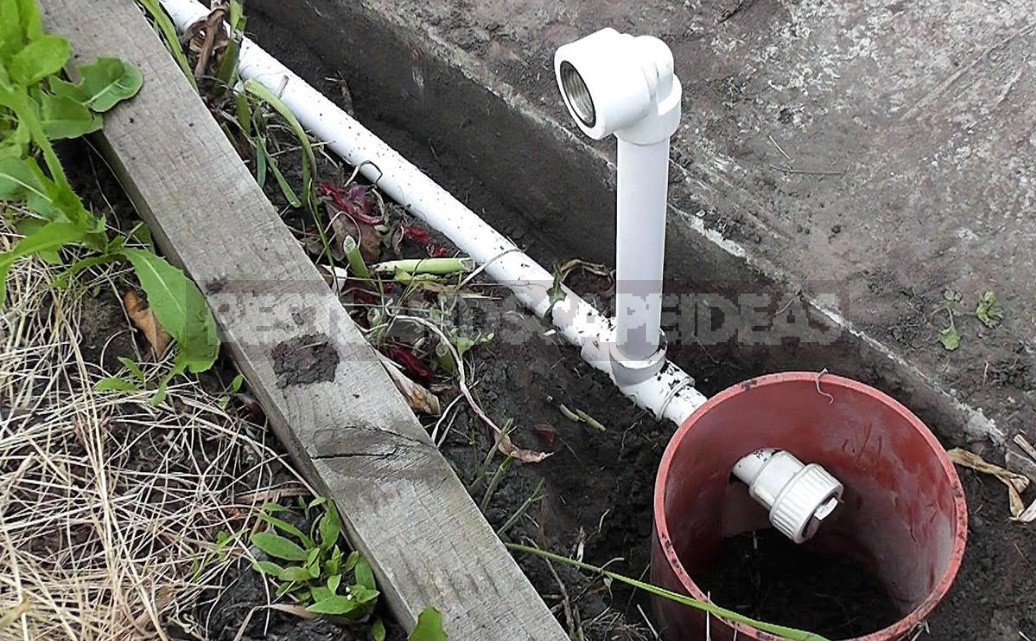 To the pipe bends attached drip tapes that were purchased in a garden store, and spread them along the plantings, the ends were muffled. The width of the tapes is 16 mm. Length in a roll-50 m. Determine how many ribbons to put on the bed, you need to meet the needs of the planted culture. Somewhere you need 2, somewhere-1 irrigation line. 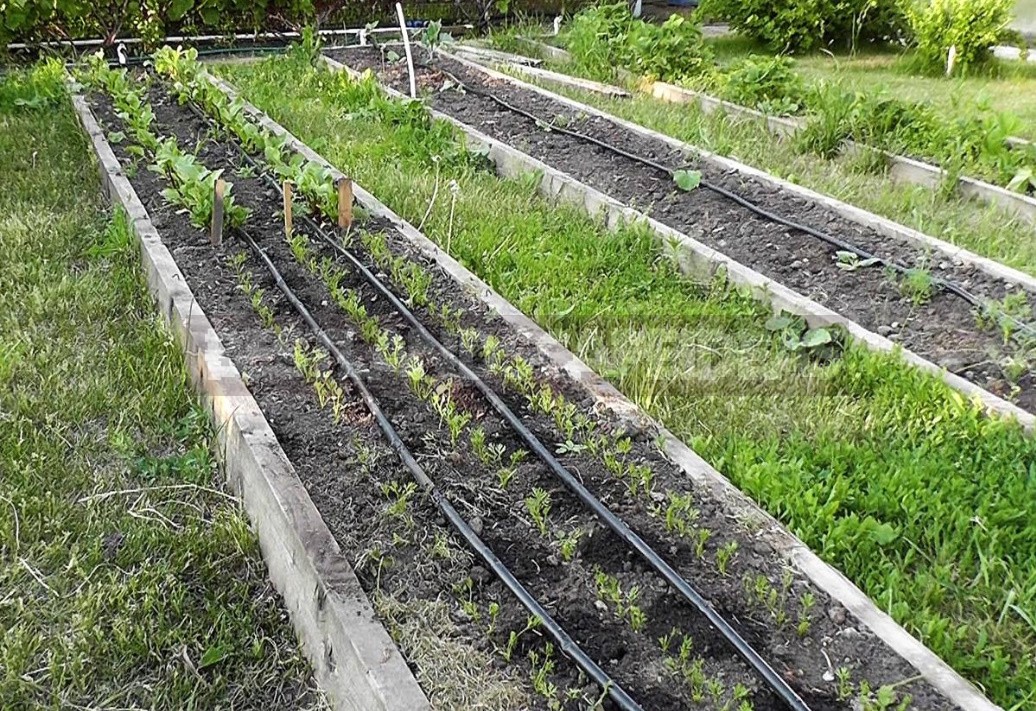 At first, we planned to install a watering timer on the barrel, which was purchased 2-3 years ago from a well-known manufacturer. But we did not take into account that the device could only work from the water supply: to turn it on, it needed more pressure than is formed at the exit of the barrel. Therefore, it was decided to re-install the system in the closed ground. So the greenhouse was watered automatically last year, and to water the garden, the water had to be turned on manually.

This year, the system was improved. We pre-ordered a timer for gravity systems in China and installed it at the exit of the barrel. Now you can set the watering frequency and duration. 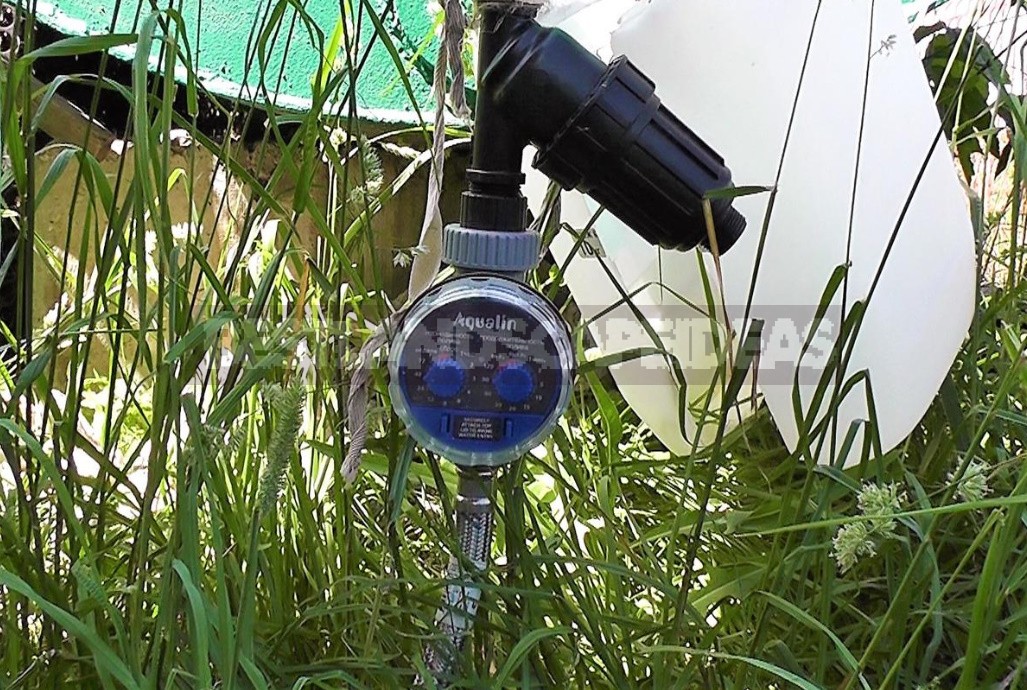 And everything worked even better. Now they just put a hose in there and did the wiring on the beds. However, there was no tape laid out, and each plant was given a drip. By the way, the control module in this system worked on 8 AA batteries, and the Chinese timer requires only 2 AAA. 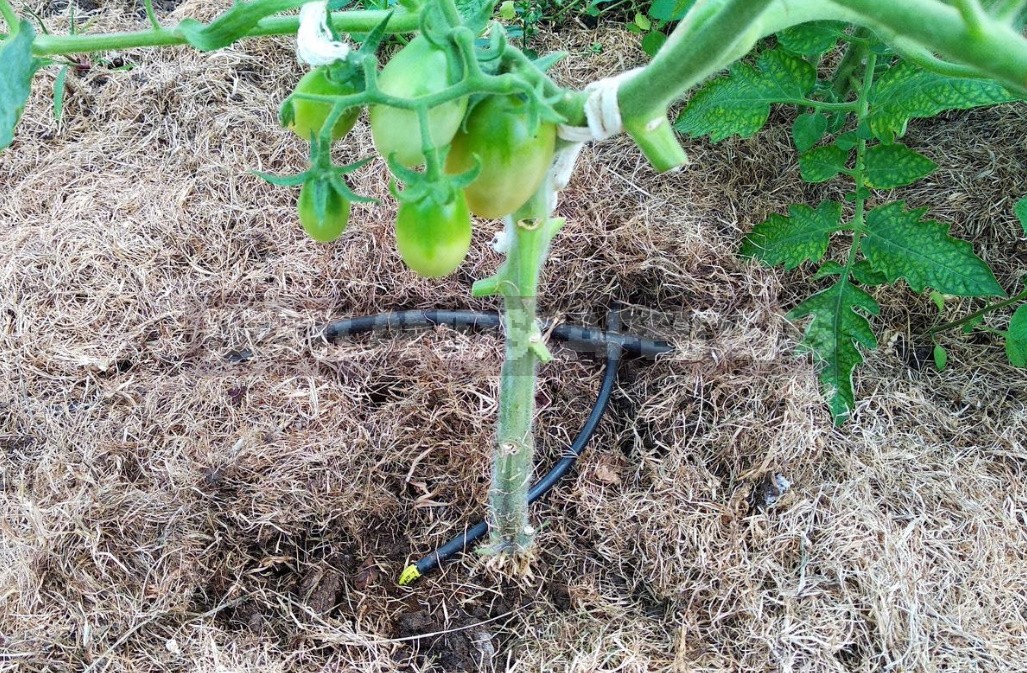 In the flower garden with perennial plants, they put not a ribbon, but a drip tube, because it is easier to bend it as necessary. It is much more expensive, but I hope it will last longer. 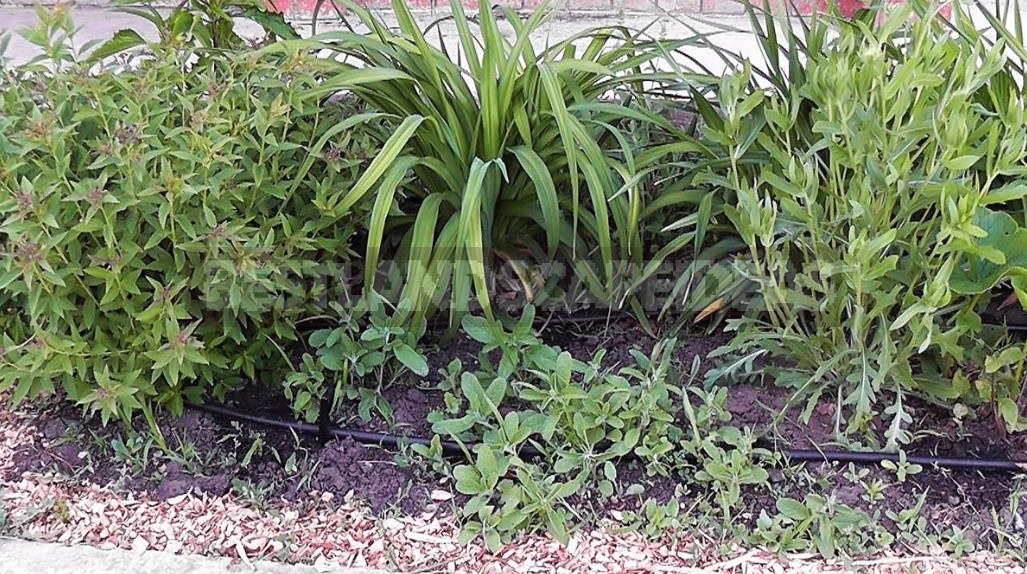 Even this year, they made a branch from the main pipe to the barrel and installed a float shut — off system-it became easier to fill the container with water. They used to just throw a hose at it and see if it was full. 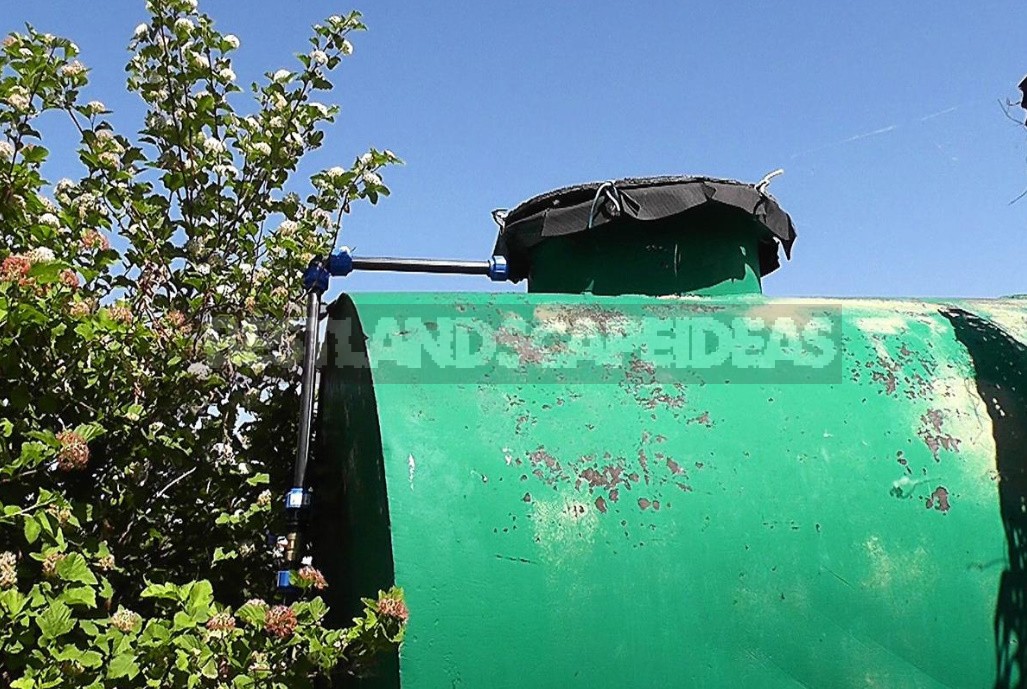 Now this system is working properly and we are quite satisfied. Watering the garden and greenhouse has ceased to be a concern, so you can safely go to the sea for a couple of weeks.

I think this system is not only convenient, but also durable. Last fall, we carefully collected and rolled up the drip tapes, and this year we laid them out again. It is difficult to say how many years they will last, but they are not very expensive. In the future, we plan to cover lawns and other flowerbeds with the irrigation system, but this will be next year, and many other things are planned for this summer. How do you simplify watering your garden?

Pruning Shrubs
Techniques And Techniques For Spring Garden Pruning
Septic Tank For a Private Home: Which One To Choose (Part 2)
Heat-Insulating Paint: Application Features And Effectiveness In Home Insulation