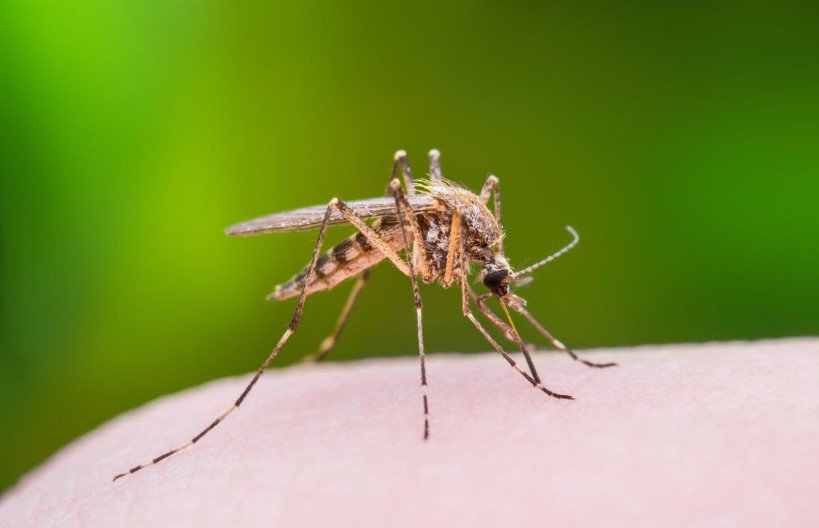 I never thought I’d write about mosquitoes. But life forced. A few years ago I settled in a place that is famous for its mosquitoes – the area is swampy. At the dacha, I was met by hordes of squeaking bloodsuckers-that’s when it turned out that I — a city resident — was allergic to their bites. Since then, my summer days are held in a relentless struggle not only with weeds, but also mosquitoes.

In recent years, I had time to try a lot of repellents and realized that constantly splashing chemistry I absolutely do not want. So in my Arsenal started appearing natural remedies. So I decided to spend the weekend impromptu testing and choose from a variety of the most effective ways to protect against mosquitoes. I share with you the results of my extreme experience.

The first remedy is a mixture of” Baby cream ” and vanillin. Cream I had the most common, vanilla, too-but the effect of this mixture was a pleasant surprise. But everything in order.

Initially, this method seemed to me one of the most controversial: did not fit in my head that vanillin can scare away mosquitoes. It turned out, that can! I squeezed out half of the tube in a pre-prepared container and poured a bag of vanilla, all mixed.

Mosquitoes did not even try to sit on my hands, which I smeared with a mixture – whether really because of the smell of vanilla, or because of the viscous consistency of the cream. By the way, the last in my understanding was a big minus. I was clammy all day, picking on garbage. The feeling is not pleasant. But the mosquitoes he’s really scared. So in General, I can say that the tool works. Alternatively, you can try to dilute vanilla in water. This liquid needs to be sprayed on open areas of a body and on clothes. The method was also effective, but the smell of vanillin quickly disappears, and mosquitoes begin to bite. Cream works longer.

To prepare this product you need to mix shampoo, vegetable oil and vinegar in equal parts.

Positive reviews on the network, I found a lot, I do not like this mixture at all. Of the advantages: easy to prepare, easy to apply, does not stick and absorbs quickly. Cons: first mosquito bite occurred in the leg, which was smeared by the tool, subsequent–, too. And five minutes later I withdrew from the strawberry beds, as the risk of being eaten to death. And yet this mixture is not very nice to put on the face: acetic evaporation in the first moments of pinching their eyes. 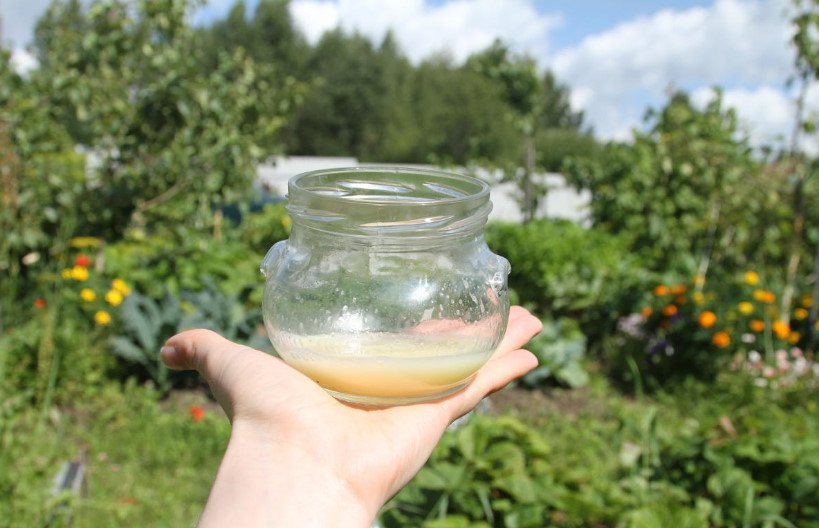 Don’t know: maybe the shampoo was not the mosquitoes or some special, but I have this repellent a mixture of admiration did not cause. By the way, I used the first hand shampoo, but if you are puzzled, you can find a shampoo on a natural basis.

In the country I tested three: tea tree, clove and eucalyptus. I must say that the RUB oils do not recommend. In large quantities, they can cause an allergic reaction. And small children it is better not to use. 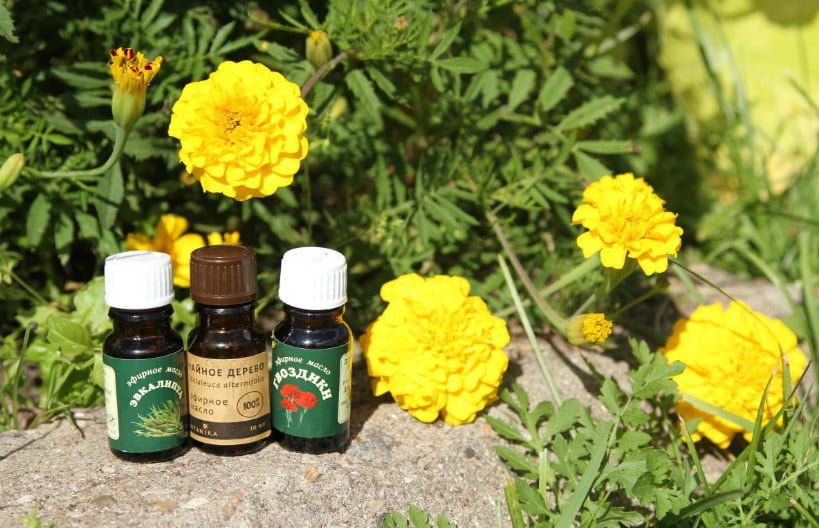 Some summer residents advise to drop a little oil on a t-shirt or pants. That’s the first thing I tried. Unfortunately, this method is not justified. Mosquitoes carefully flew around the “marked” places and happily dug into all other parts of the body. For myself, I found the only successful way to use essential oils – aroma lamp. Of course, in this case we are not talking about protecting yourself in a greenhouse or on the beds, and the salvation in a country house or gazebo (which is also very important). I note that the best tool works indoors. You need to burn the candle in the aroma lamp, pour a teaspoon of water on the bottom and drip oil (5-10 drops are enough). You can use only one type of essential oil or make a mixture of picking up different flavors. If there are a lot of mosquitoes in the room, try not to add water – then the evaporation will be more concentrated, and the insects will leave the occupied territories much faster.

The trick aromalamps it is necessary to add not less than an effective way with lemon. You will need lemon and cloves. Cut the lemon in half, cut the tails off the halves, so that they are exactly standing on the table, and stick dry buds into the juicy pulp. A mixture of lemon and clove flavors I liked, although the smell is not intense. Or I thought so because before that I was in the other room has already had time to try essential oils. 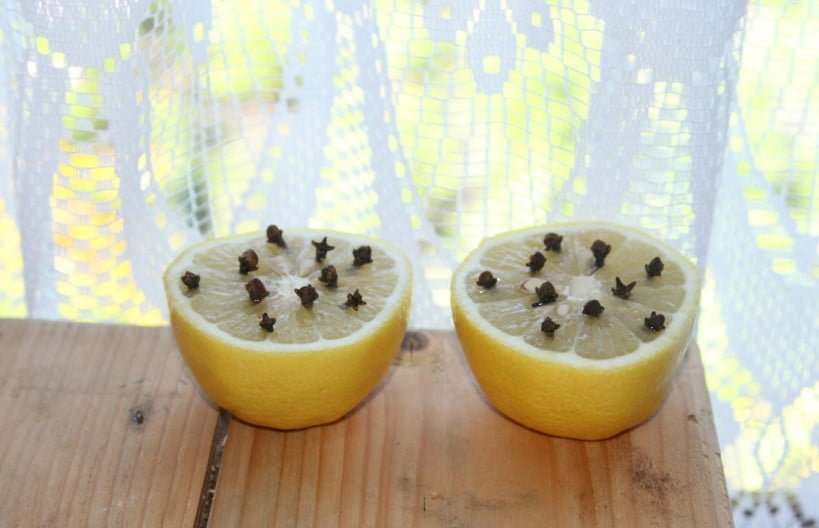 This mosquito repeller conveniently set at night near the bed – unlike the aroma lamp it’s not a strong smell and will not irritate during sleep. And do not be afraid that you accidentally burn down the house – there is no fire there. This tool also helps well, despite the ease of manufacture. But again with the caveat that the room should be small and closed. And because of the heat the lemon I quickly got a little dried out and the smell got weaker — it’s a minus.

Then my testing moved to the apartment-the weekend was coming to an end, and it was time to go home. Wormwood and tansy are also on the list of folk remedies against mosquitoes. Used as the plants themselves, and the essential oil from them.

Very often on the Internet there are tips for repelling insects using wormwood oil. But the effectiveness of this repellent I could not evaluate, as it was difficult to find. In pharmacies, which were bought all the other essential oils, it is not sold. 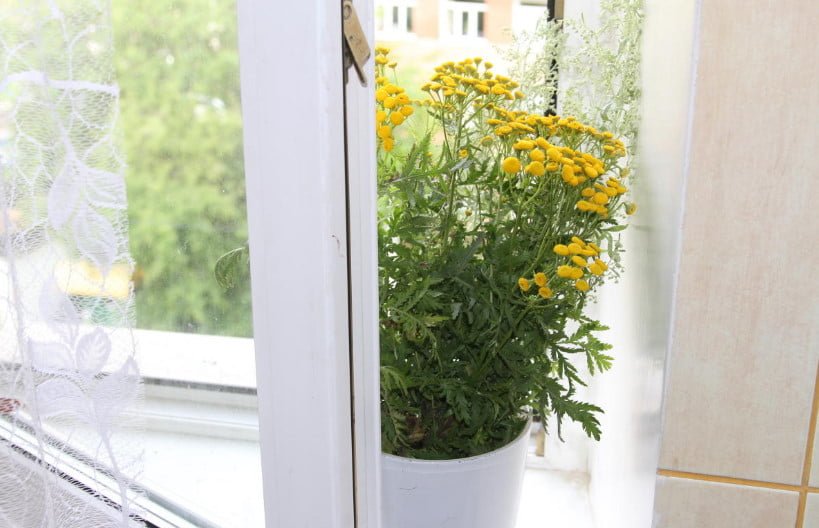 For experiment I used the usual wormwood and tansy with closest field. A little kneaded the leaves and stems to enhance the aroma emanating from them, and put in a vase on the window. The result is zero! It was a failure. As the mosquitoes flew in the window, and continued to fly just a bit slower, probably, saw exhibited in the opening bouquet. This tip from the Internet I consider useless.

And last resort: tomato leaves. Entering the greenhouse with tomatoes, you always feel the characteristic smell of their leaves, especially if you accidentally touch it. By the way, I really like this flavor – it is from those days when I was a girl sneaking into my grandfather’s greenhouse to see if the first tomatoes are ripe.

The first way with tomato leaves: they need a little mash and put on the windowsill. Confirm, this effective measure not only against mosquitoes, but and against other flying bugs, which usually on the evening fly on light and stuffed in room. The question is where in the right amount to produce tomato leaves. Do not pluck all the plants in the greenhouse! 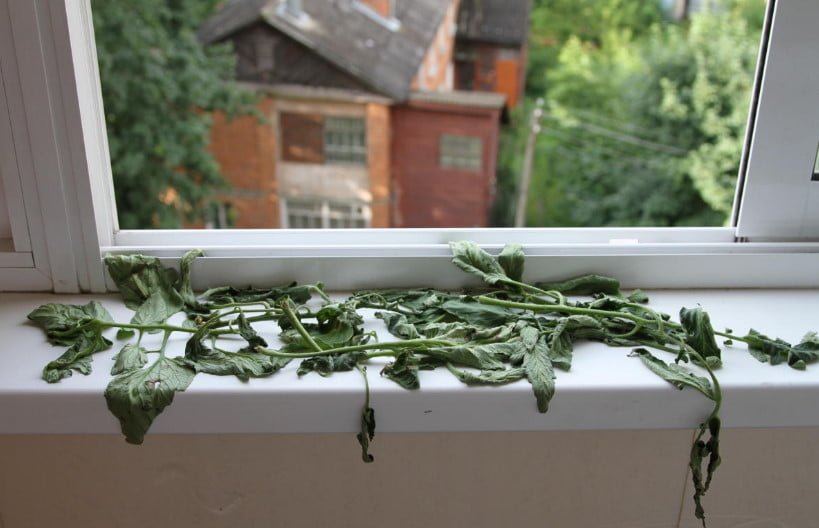 Second method: grind the leaves and smear the separated juice clothing and skin. He immediately caused me bewilderment. I understand that the person who advised the tomatoes were only seen in the store and nothing more had no contact with them. If it were otherwise, he would certainly have known that the juice of tomato leaves causes irritation on the skin and on clothing stains. But for the sake of experiment, I still tried to put the juice on his hand. It took a few minutes to confirm my point. Burning, itching, redness – I just couldn’t wait, hurry to wash it off of his hands.

The results of my testing

Because of the ineffectiveness of the vote dropped the product with shampoo and wormwood with tansy — on my local mosquitoes, they did not work. I confess, having read reviews, had high hopes for a mixture of shampoo. But, alas…

What natural mosquito repellent do you use? Let’s share our experience.

Want to Live Longer - Get Yourself a Cottage
First Aid for Chemical Burns
Cheap Products For a Comfortable Stay In Nature
Cydia Pomonella: Methods Of Control And Prevention