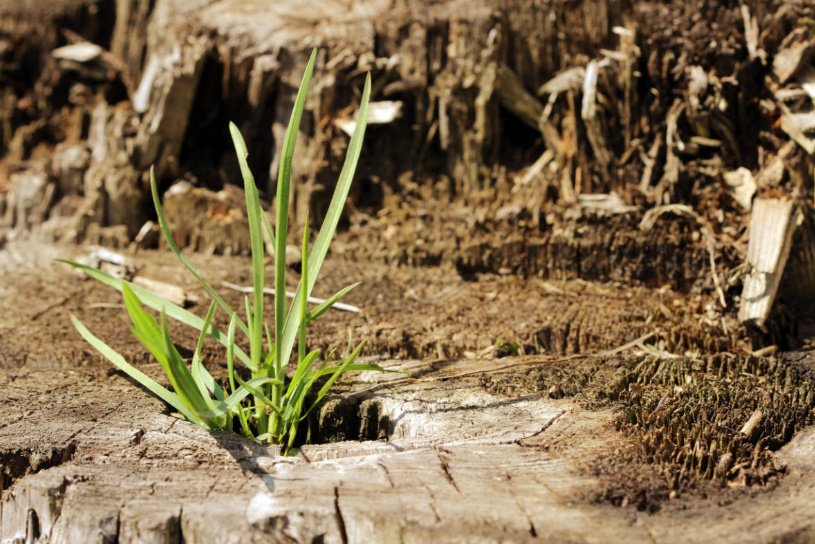 Elytrigia in performance, probably does not need. There is hardly a summer resident who did not curse this ubiquitous weed, trying to get rid of it on the beds and in the flower beds. Fantastically viable, perfectly adaptable to almost any living conditions, extremely aggressive-Elytrigia seems invincible.

Is that so? How to cope with the aggressor? Let’s get acquainted with it closer to choose the correct strategy of fight.

Elytrigia repens is a perennial plant of family of Grasses (Poaceae) or Cereals (Gramineae). 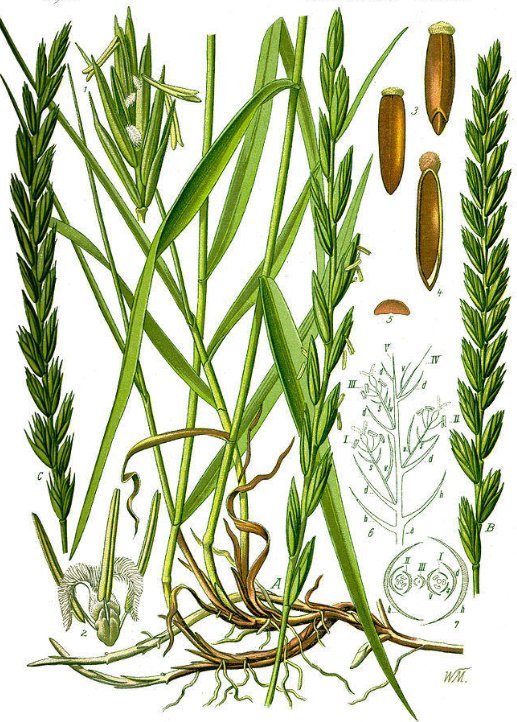 It is worth considering that in the literature there are different Latin names Elytrigia: Agropyron repens, Elytrigia repens and Triticum repens.

Rhizomes Elytrigia very tenacious, so they should not be thrown into the compost. It turns out that this plant has a very flexible approach to reproduction. In favorable conditions, Elytrigia successfully propagates vegetatively. Its long, hard, highly branched rhizomes easily make their way through the dense soil and roots of other herbs, quickly forming a dense, dense network. Rhizomes are separated by nodes, like stems. Each node has roots and additional buds, from which new plants will develop. And even if only a small piece of rhizome remains in the soil, Elytrigia is able to win back the lost positions very quickly. 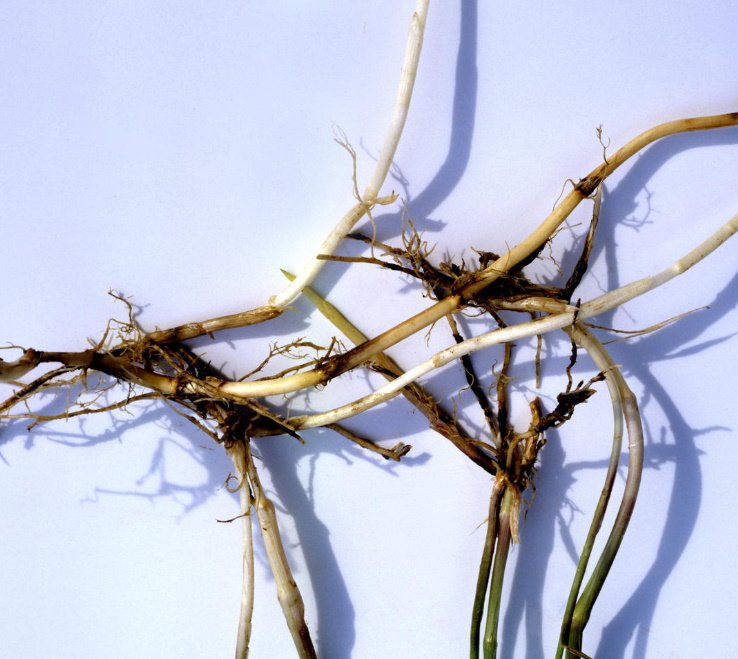 If the conditions are unfavorable, and the plant can not build up rhizomes or accumulate nutrients in them, all the extracted resources are sent to them to form ears with full seeds. According to some reports, one plant can give up to 10 thousand seeds. Wind and birds will carry them over long distances — and here’s a “sudden and unexpected” weed. And germination seeds Elytrigia retain up to 12 years!

The rhizome Elytrigia for the season can grow to 1-1,5 m, and total length of rhizomes of this plant at 1 m soil may reach 400 m. One who happened to handle weedy Elytrigia soil, knows how dense sod forms this plant. Scientists have calculated that at 1 m soil total length of rhizomes may reach 400 m. In the loose soil of the rhizome Elytrigia for the season grows a meter and a half. Each! And one plant, according to experimental data, for the same period extracts from the soil twice as many nutrients than a relative of Elytrigia — wheat. There are few cultures that can successfully resist such a voracious aggressor. 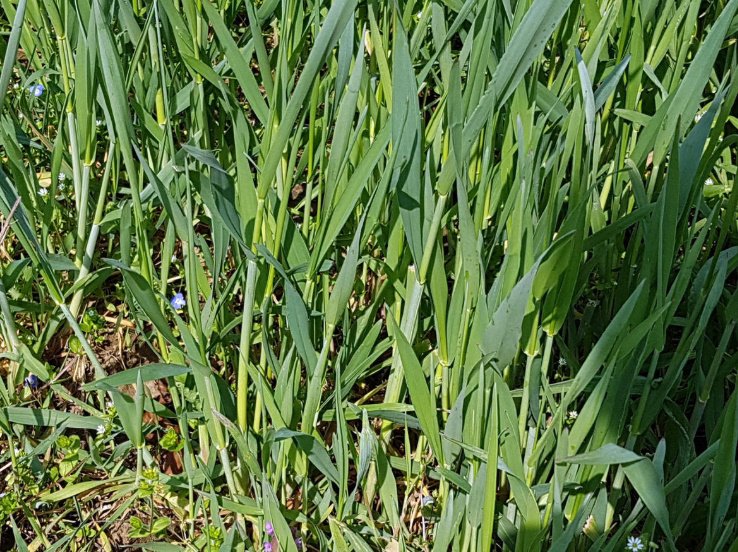 And it’s not enough Elytrigia not only takes food and water from its competitors, but also poisons them, releasing substances toxic to many other types of herbs into the soil.

It does not die in the dry year and does not freeze in the harsh winters, it does not save mulch and plowing. It is able to grow on poor soils, is not sick and is not affected by pests. Even dried rhizomes, once in favorable conditions, can give shoots and take root. Where do you find the Board on this weed?

How to get rid of Elytrigia

Elytrigia is light-loving, and this is its vulnerability. If you shade the plant, the ground part will weaken significantly, as a result of rhizomes will not be able to accumulate food in sufficient quantities. Well, weak rhizomes in the new season, in turn, will give even more weakened shoots.

READ  New Year Comes To the Garden: We Create Compositions From Natural Materials 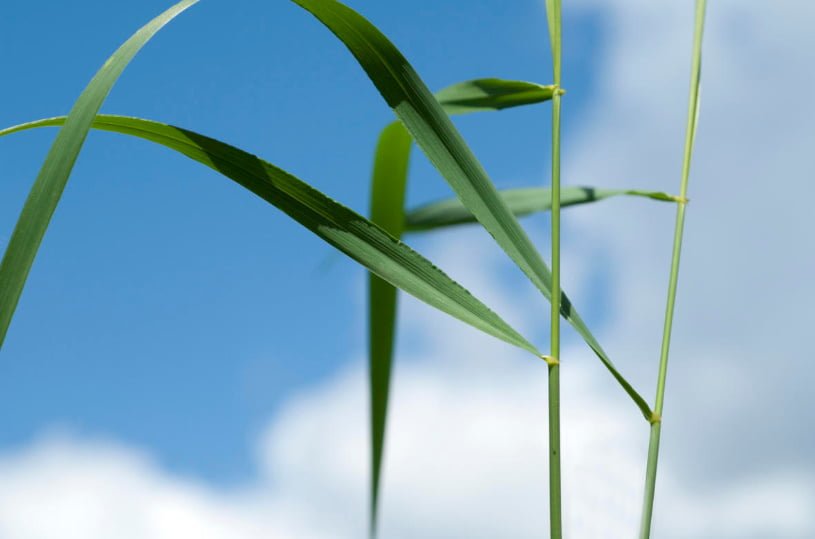 How to achieve this? For example, to sow on the plot that you are trying to get rid of Elytrigia, cover crops — vetch with oats or winter rye. They do not suffer from its aggression and are able to suppress weed growth with dense sowing. However, you will have to be patient: it will take at least two seasons of such “replacement therapy” to free the territory from Elytrigia.

You can go the other way: for the same period, cover the area with a dense light-tight material. Without access of light, the old rhizomes will be exhausted and die, and new ones will not be able to be formed.

Remember: the loose mulch Elytrigia is not a hindrance!

Note that the usual loose mulch (mown grass, straw, sawdust and other similar materials) Elytrigia not a hindrance! Sharp “shilts” safely punch even a thick layer of mulch, rushing to the light, well, food and moisture in such conditions is more than enough, so instead of weakened, disappearing we get fed, healthy and strong weeds. 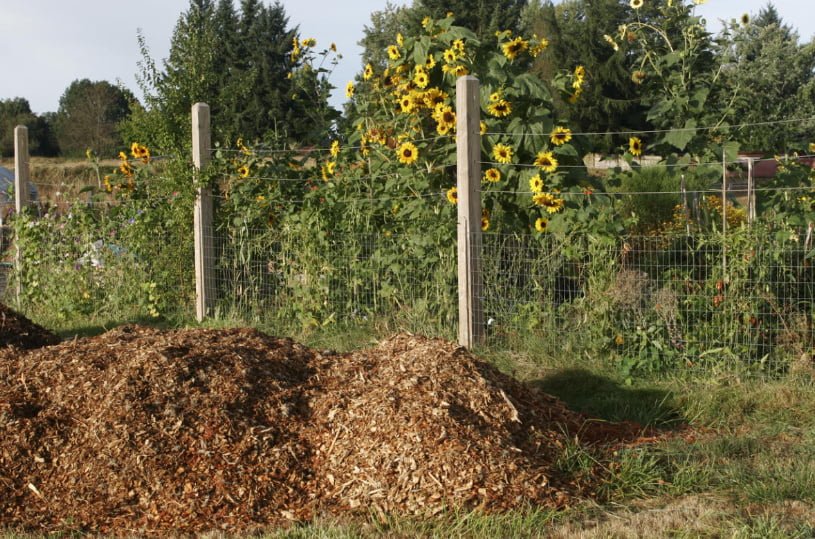 Perhaps the most effective, although time — consuming way to deal with Elytrigia-mechanical: dig the soil and manually as carefully as possible to choose the rhizomes, trying not to leave even tiny pieces. After that, you can plant any crops in the liberated area. Only with the planting of potatoes is better to wait at least a year: first, it is necessary to clear the earth from the wireworm — unchanged satellite Elytrigia.

But even after such radical measures to relax and celebrate the victory early. To choose every one of the pieces of the rhizome — a nearly impossible undertaking, and of the remaining, as we know, certainly there will be new invaders. And their appearance is desirable to notice as soon as possible, and noticing — immediately remove the sprout. Regularly removing shoots of Elytrigia, we Deplete the rhizome, and sooner or later persistence will certainly bear fruit.

READ  Horsetail - From the Garden Out!

Is it possible to defeat Elytrigia with the help of herbicides? Certainly. But here I not the adviser, because of this method of weed control do not use.

I hope you will tell us about your experience of fighting Elytrigia in the comments. What methods and techniques are well established in your area?