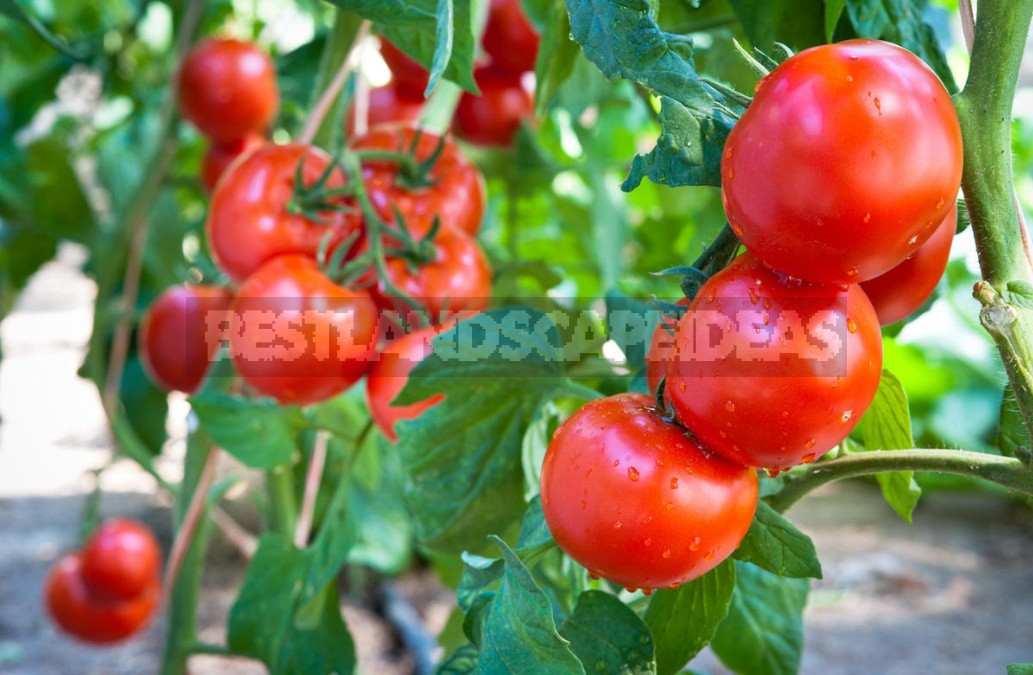 Despite the fact that a lot of people write and say about growing tomatoes, in fact, this is a simple matter and accessible to any summer resident. Of course, you can’t do without knowledge of the main stages of cultural development, but the whole process can be organized without much extravagance and expense.

At first, everything is simple: the seeds are sown in a common container for subsequent pickings. When the seedlings grow 2-3 real leaves, it’s time to plant them.

Cut from a thick film (you can use the old one from greenhouses) pieces the size of a notebook sheet. In these so-called diapers, we will dive seedlings. Put a spoonful of prepared moistened soil on the upper left part of the diaper, place the plant on it so that the cotyledon leaves are above the edge of the film, and pour 1 more spoonful of soil on top. Slightly bend the bottom edge and wrap our bedding with a roll, secure with an elastic band so that it does not unfold. We stick a piece of plaster (masking tape), on which we write the number or name of the variety. Please note that the Central root of the seedlings does not need to be pinched! 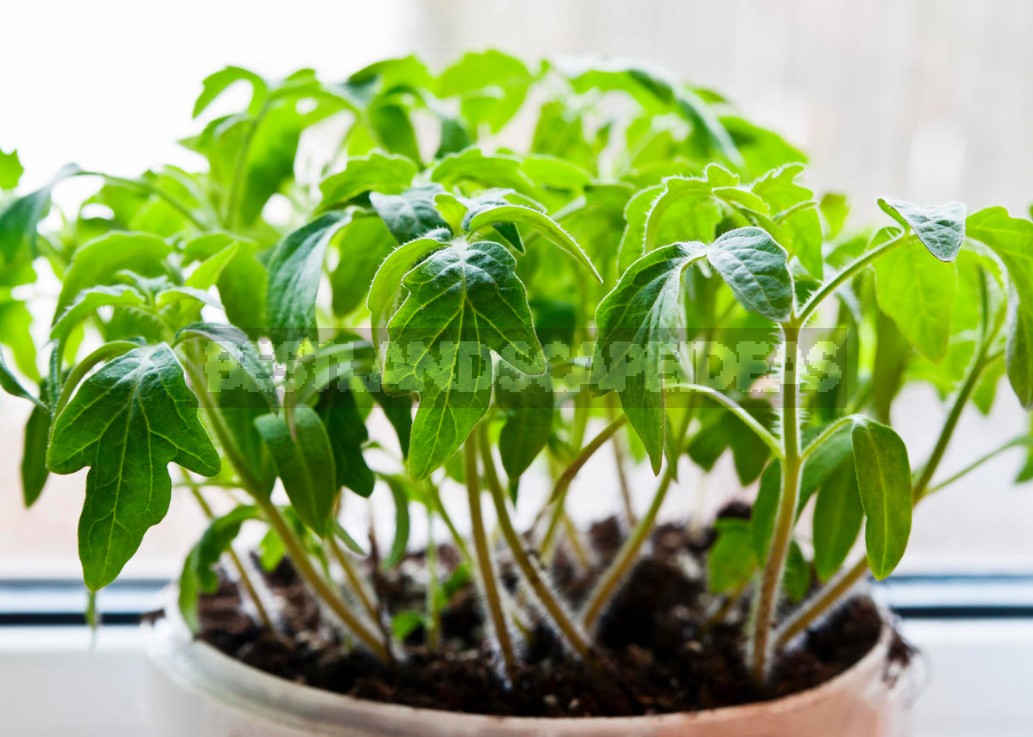 All rolls are tightly placed in containers or other containers without holes and put in a well-lit place. Watering is required very moderate and not with water, but with a weak solution of mineral fertilizer.

When the seedlings have 3-4 real leaves, remove the rolls, expand and add another 1 tablespoon of soil. Again, roll the rolls, but now without turning the bottom edge, but only holding the bottom so that the spilled soil does not fall out. Again, make them into containers — so they will grow until the landing in the ground.

How to determine that there is enough moisture. Stick your index finger in the roll along the diaper and slightly deepen it into the soil. Now take it out and look at the pad of your finger. If it is wet, then the soil is waterlogged, do not water the seedlings for 2-3 days. If dry-the ground is dry, watering is required. And if there are grains of soil stuck to the pad of your finger, then there is enough moisture in it.

READ  3 Common Myth About the Seeds that Exist Among Gardeners 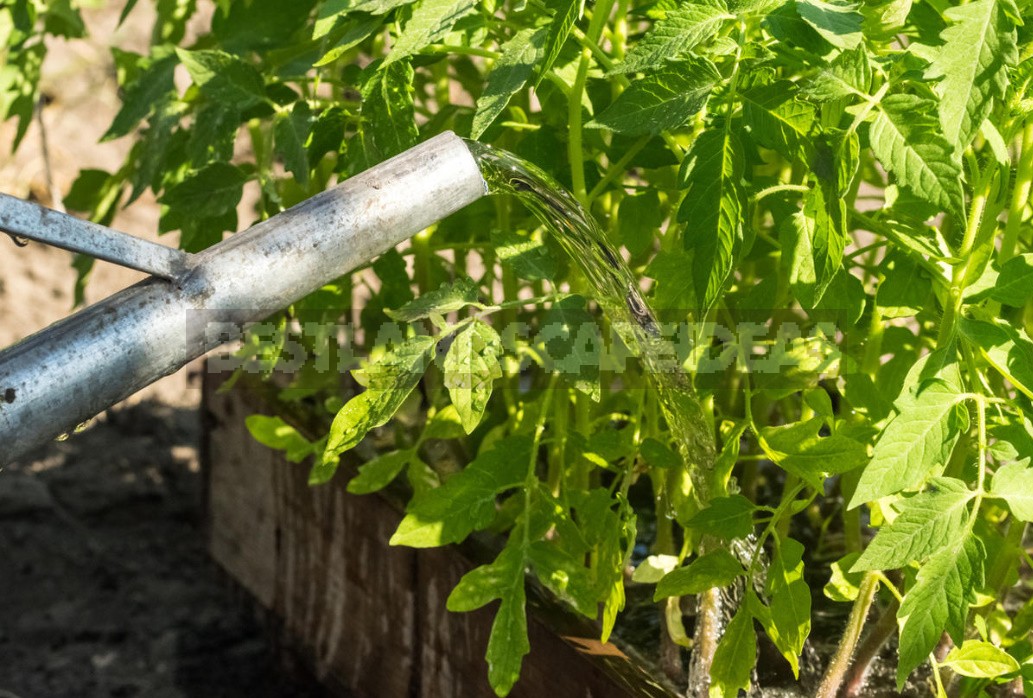 Before transplanting seedlings into a greenhouse, it is useful to pre-insulate the soil, since tomatoes are heat-loving plants, and the soils of the North-West are cold, and the cold will come from below to the roots for a long time. Dig holes in the soil at a distance of 35-40 cm from each other so deep that the roots of the seedlings fit into them without bending. Fill them with feather and fluff from old feather pillows with a layer of about 4 cm — this is a heat insulator from the lower cold. Keep in mind that the feather and down of the bird is essentially pure organic silicon (silicon atoms in the organic compound), which can give heat and excellent silicon feeding to plants when rotting. 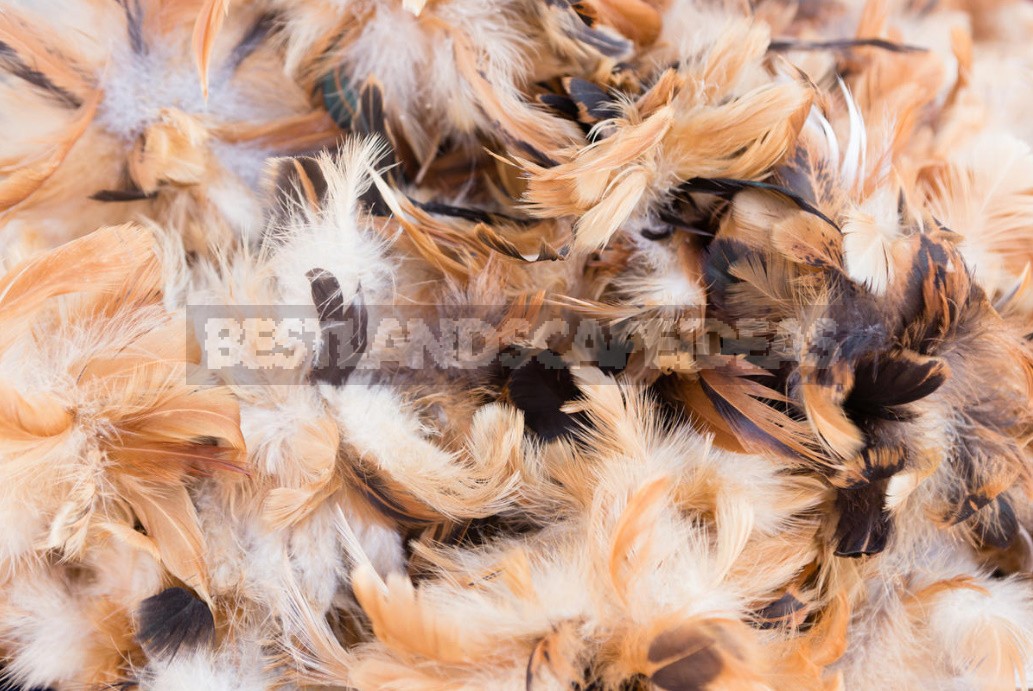 Also, silicon strengthens the walls of conductive vessels, increases the strength of plant tissues, which becomes a kind of protection from pests that can not pierce or chew through plants. In addition, organic silicon has a fungicidal effect, that is, it reduces the incidence of various diseases. Inorganic silicon-the chemical element Si – is essentially sand, which plants, unfortunately, can not assimilate. 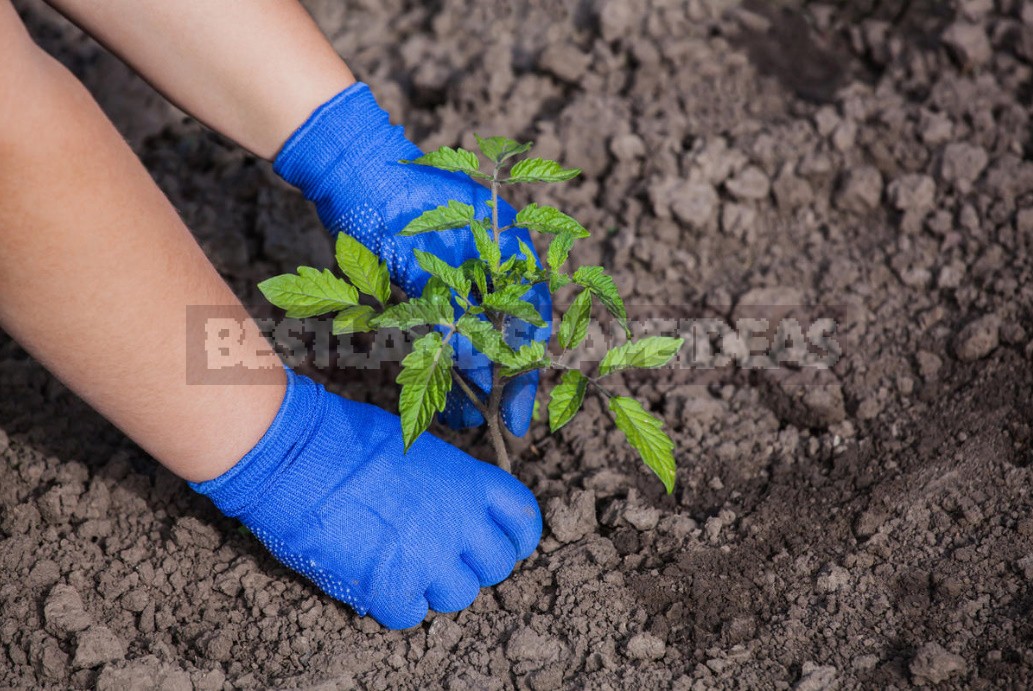 After applying the pen, pour 1 tablespoon of superphosphate and 1/3 teaspoon of AVA powder into the wells. Then pour at least 5 liters of warm water (not less than +20°C) into each hole. When the water is absorbed, put the rolls with seedlings in the holes (removing the gum beforehand), unfold the films and remove them from the hole. Sprinkle the planting, water the soil and plants with a solution of “Phytosporin” and “Gumi” and immediately mulch.

Immediately after planting, cover the soil.

As a mulching material, black-and-white Newspapers folded in 4 layers are well suited. Just make a cut in them and push on the stems of seedlings directly on the soil, as they put a bib on the neck of a child. It is not necessary to replace Newspapers with organic matter, since the moisture formed during its rotting will be in the upper layer of the soil. And then immediately from the main root in this layer will begin to grow side roots.

READ  How To Plant And Care For Celery 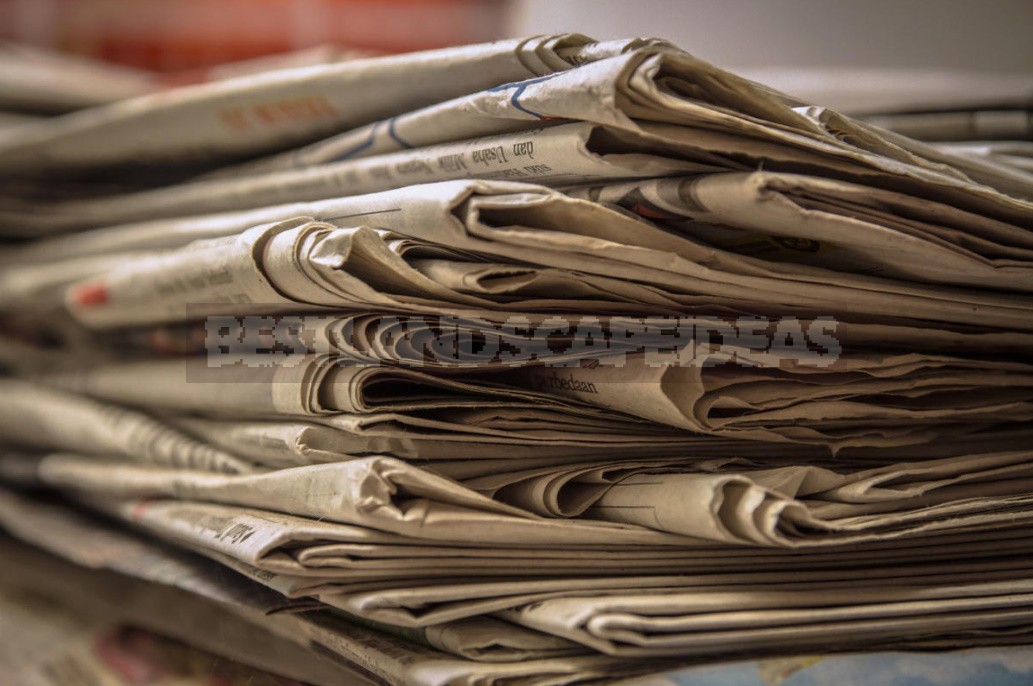 What happens with this method of growing and transplanting seedlings?

Immediately after transplanting seedlings (and any, not just tomatoes), it is very useful to spray “spring cocktail” of various useful additives. 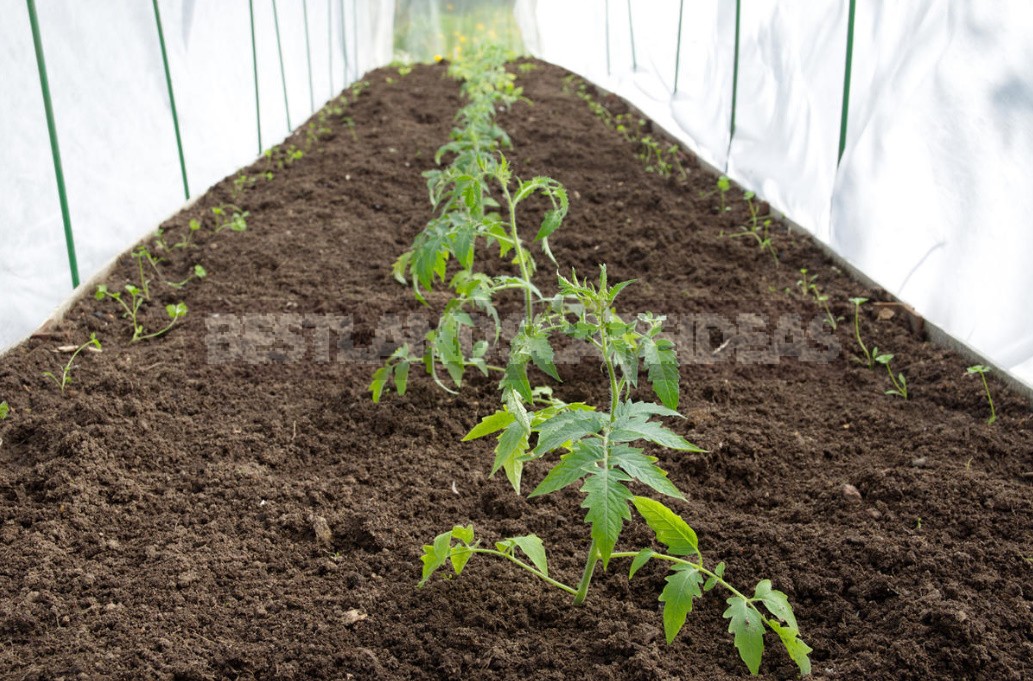 Since return frosts are possible, the seedlings should immediately be tied to high (1.5 m) arcs, which should be set in pairs crosswise for each meter, and covered with a double layer of lutrasil directly on top of the arcs. Carefully inspect the shelter: there should not be a single hole that can penetrate the cold. Remove the insulation only when the threat of frost has passed. Tomatoes covered with double lutrasil can withstand freezing up to -5…-6°C. But if the frosts were stronger or longer, open the seedlings in the afternoon and spray again with “spring cocktail”.

Remove side shoots and removing leaves

What is the further care of tomatoes? Actually, there is no special care, except for attention to stepchildren and leaves. They must be cut off. Side shoots — as early as possible, and leaves as the ovaries are poured. As soon as the ovary on the lowest brush has become the size of a walnut, immediately remove all the leaves below this brush. These are “storerooms” that the plant will constantly replenish in the first place, that is, they will be the first to take away nutrients. Once the ovary has grown to the size of a walnut on the second brush, remove all the leaves between the first and second brush. Do this all the time. 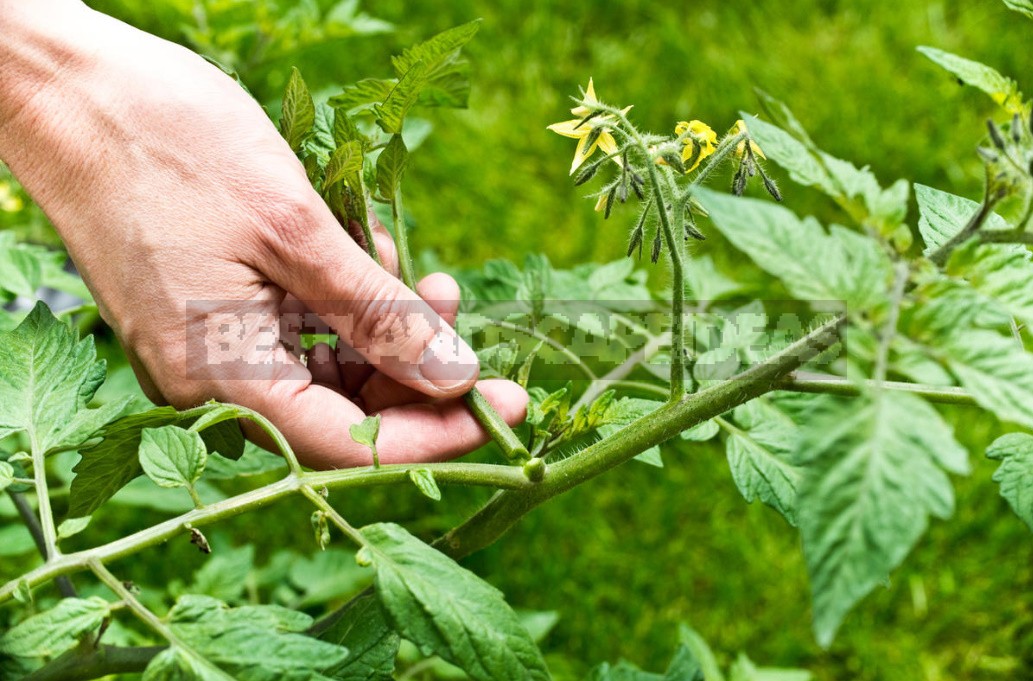 In the end, leave 4-5 sheets on the top of the head after the last brush and cut it off (or cut it off with a pruner). Of course, this applies to tall tomatoes, so-called indeterminate (unlimited growth) and determinant, in which growth is limited, but ends after 12-15 years. For the latter, our summer is not enough, and therefore they also have to be practiced after 5-7 days, as well as indeterminate ones. When budding, you should also cut off all the buds, flowers and small ovaries that at the end of summer of a plant all forces started up on maturation of already formed fruits. 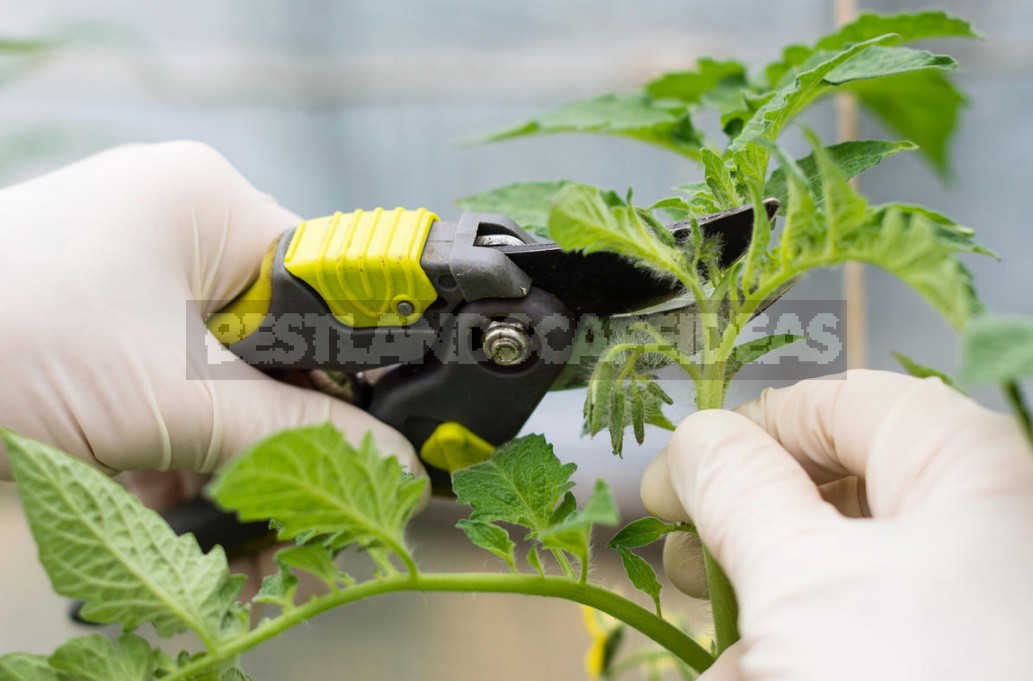 In the literature, it is often recommended to remove the fruits of tomatoes in the stage of blanching ripeness (lightening of the fruits and the appearance of a glossy Shine on them). These fruits are put on ripening (that is, maturing to biological ripeness), when they acquire the inherent color of the variety. This is explained by the fact that during the ripening process on the Bush, the fruits take away the nutritious juices and do not allow others to grow. This is not true at all. 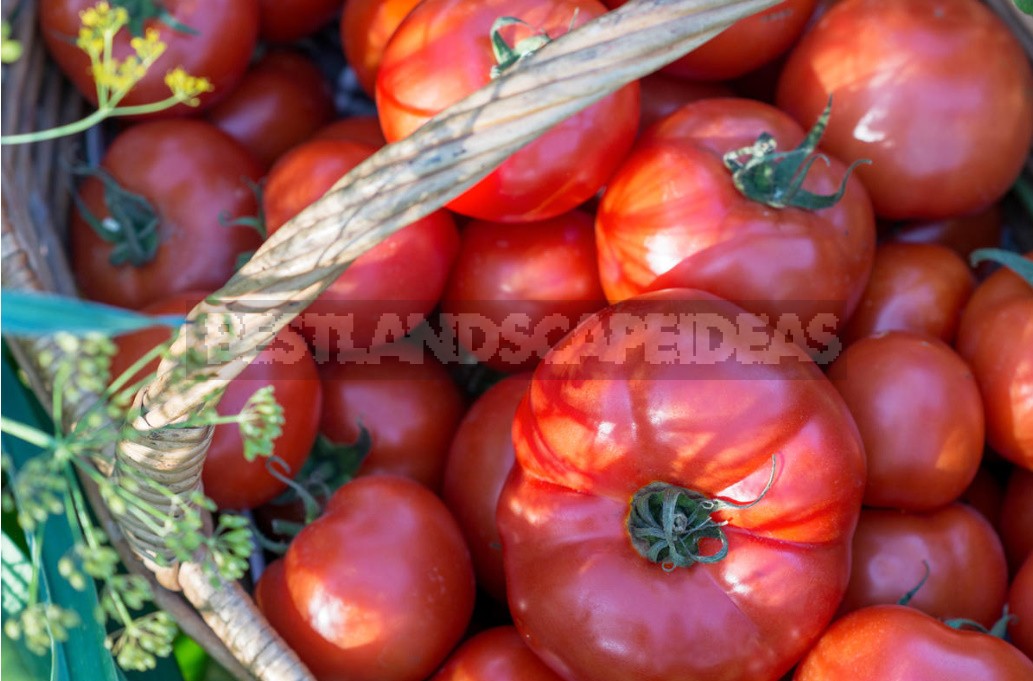 The fruits are removed at the stage of technical ripeness, so that they can be stored for a long time and transported far. That’s all. And the statement that a reddening (or yellowing) fruit takes away food from others is incorrect. Tomato begins to acquire color only when it no longer grows, respectively, no one’s food is not taken away. At this time, very different biological processes occur in it. On the contrary, the ripening fruit begins to secrete ethylene, which contributes to the rapid aging of green tomatoes. So grow tomatoes to full maturity right on the bushes. Oh, how delicious they are then!

This method of growing tomatoes is reasonably lazy: it eliminates excessive care for planting, but provides everything necessary for successful tomato growing.

Salvation Schisandra
Cats in the Garden: How to Protect the Beds
Gallic Aphid on Currants: a Method of Pest Control
12 Spring Recipes: Lean On Vegetables (Part 1)