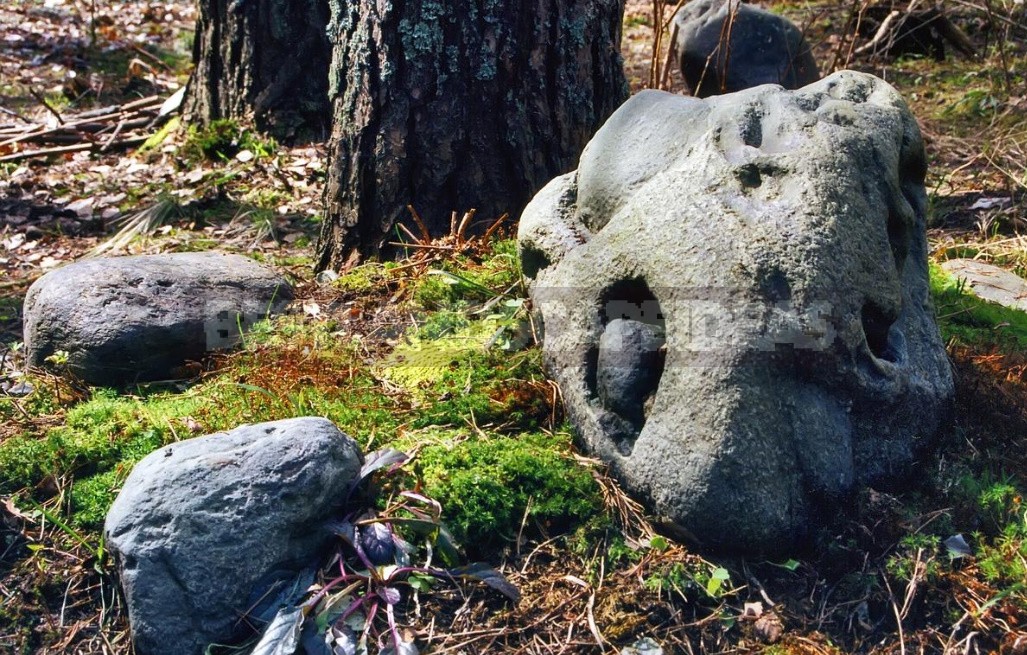 The stone and its character. Secrets of taming stones

However, we got ahead of ourselves. We must admit that all stones have one unpleasant property, something like a generic attribute: they are very stubborn and do not tolerate any familiarity; in particular, they do not like to leave their homes and strongly resist being torn off the ground — apparently, they draw their strength from it. Sometimes (as in the case described above) you need particularly strong arguments to force them to make concessions. But this is not all: having moved such a stone to your garden, you need to give it some time to get used to, acclimatize. The main thing is not to rush.

In the first place, they are heavy; this is a kind of generic sign of stones, akin to stubbornness, a very unpleasant trait of their nature. Secondly, let them lie down for a while on the sidelines, get used to it. And we will visit them every day and quietly tame them. 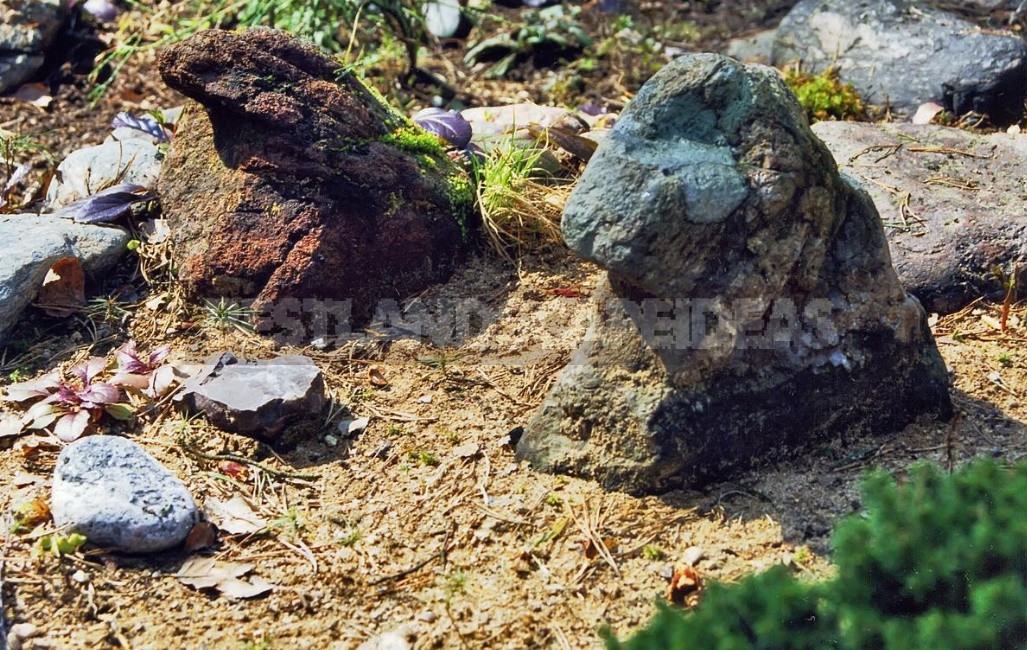 Finally, comes the solemn day of relocation to the place of final destination, and often it turns out that it is for some reason not satisfied and need to find new — sometimes on the hill amongst the stones (the slide looks like after the earthquake), sometimes on flat terrain, on sand, on grass, Dating back to the fence the path, under the spruce.

Now it is very important to guess whether the new settler wants to stand at full height, like the king, or lie down to rest. You need to ask him where he wants to look more and who he would like to have in his retinue; a retinue, let it be known, is necessary-sometimes brilliant, sometimes, on the contrary, inconspicuous, emphasizing the importance of the master.

Not always everything turns out right on the first or even the fifth attempt, but you will immediately understand what happened, by the unmistakable feeling: the stone grows into the garden, as if it had been in it all your life. 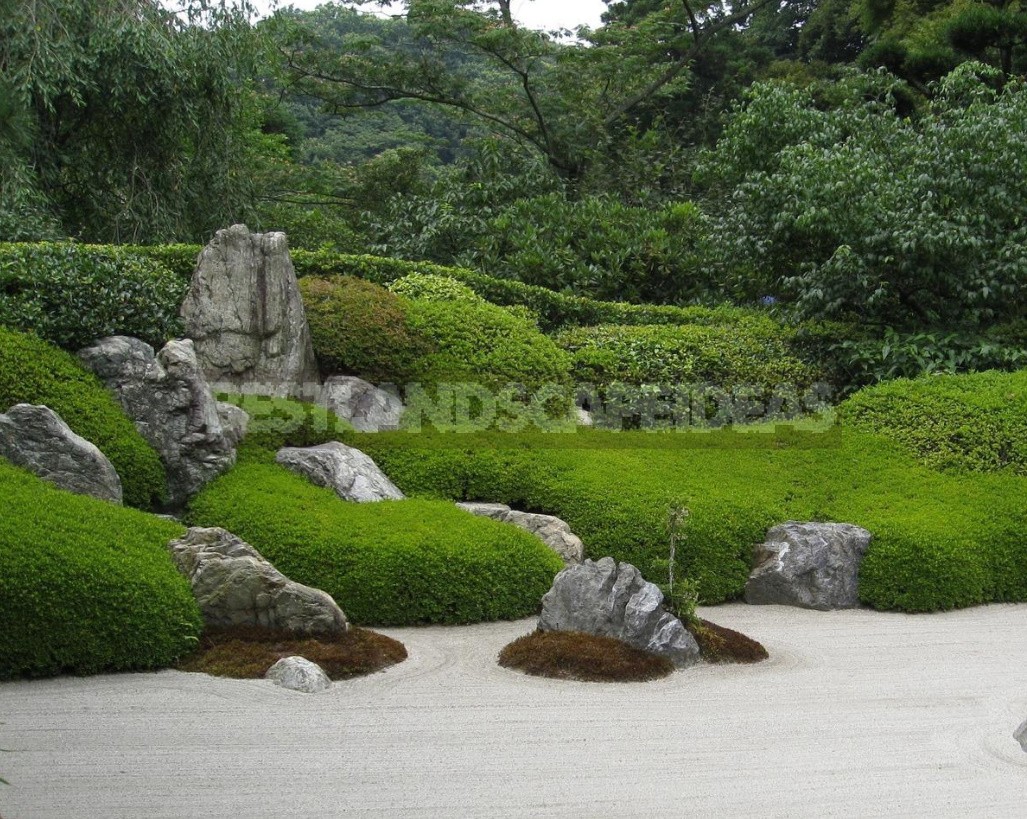 However, in some cases, a stone or group of stones can be considered as an element of architectural (or rather sculptural) garden decoration. But this is a delicate matter, and you should not abuse it.

And it is not necessary that all the stones or colonies of stones were made of the same type of material and similar in shape: let yourself here will be smooth-lying and standing, there are fragments of granite, and here of limestone-all have enough space, if you yourself have the ability to do this… physical ability to do it. Both are usually difficult problems for the gardener to solve.

Smaller stones are easier to deal with – at least they are pliable. And as for the lichen-and moss-covered boulders, this, I tell you, is for large areas with natural terrain. However, if I had a helicopter, I would have moved 2-3 long-cherished specimens the size of a refrigerator from the Bay, but not to bury them half in the ground, and they are completely covered with lichen. 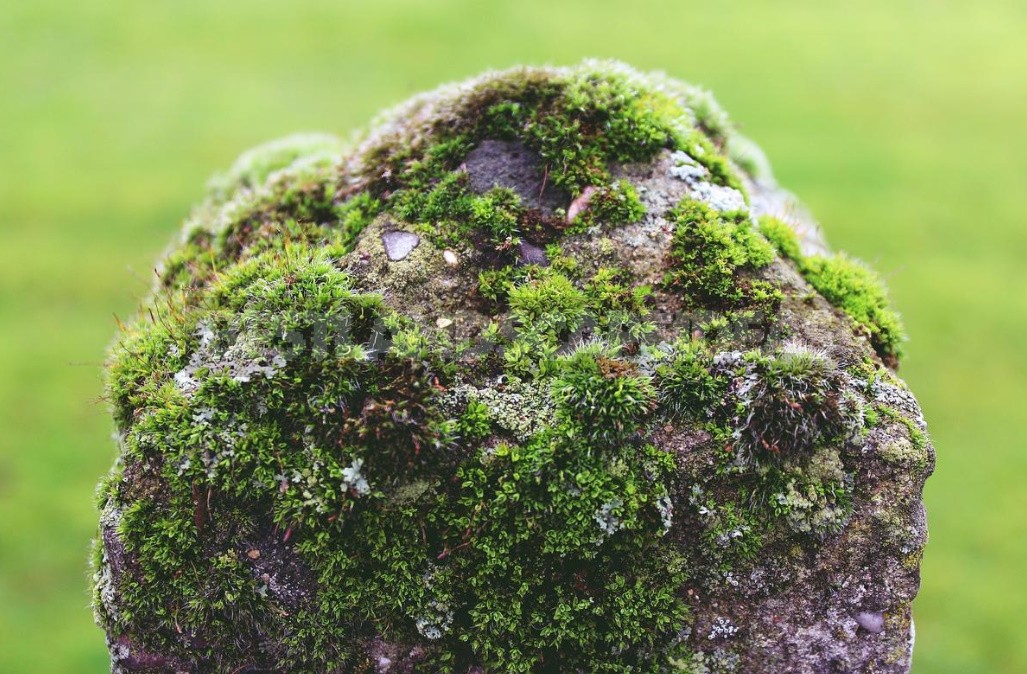 No, the task of the gardener is to preserve the stones in all their original beauty as much as possible, and this is not an easy task: if at least once every two years they are not washed, not wiped with a hard brush with sand, very soon most of them will become unrecognizably brown and moldy – very natural, but not beautiful.

Life of stones, amazing and mysterious

It is extremely interesting to observe the life of stones. At the beginning of spring, they (at least, the largest of them) are the first to emerge from the snow, and they look sleepy at first. Then, as the garden comes to life, they gradually take the lead in it. But from June to August, the stones seem to spread out, knowing that the gardener is no longer up to them: he has all sorts of overgrown shrubs and perennials, Hemerocallis and Paeonia in mind (of course, I’m a little overreaching).

But nothing, they (the stones) know that their time will come. In late autumn, when the garden looks ruined and abandoned, when in moments of melancholy it seems that life is leaving it, the gardener suddenly discovers a lot of seemingly familiar… forest creatures; here they are, got out into the light, so that before falling into hibernation, to bask a little in the rays of the farewell sun: wow, how big — and very tiny, from under the maple leaf are barely noticeable, funny and terrible, like birds, animals, antediluvian lizards-and not like anything else; just don’t tell me it’s all “just rocks.” 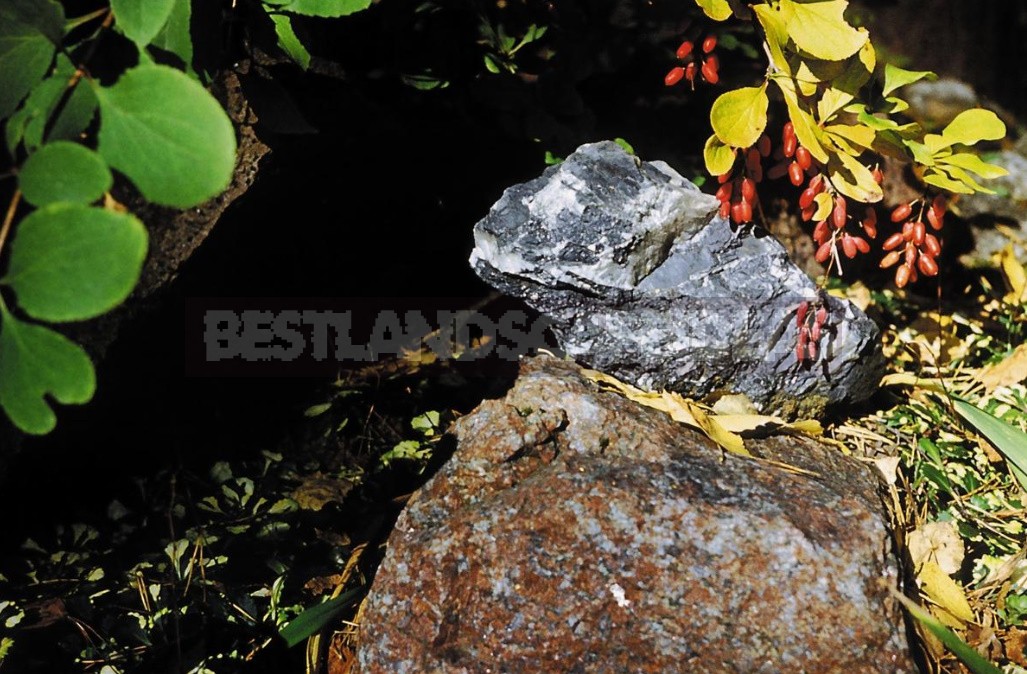 No, no, even at this difficult time, the garden is not really as empty as you think, and we are not alone in it.

To see only building material in stone is like breeding roses for the sole purpose of making tinctures from their petals. I would say that flowers and stones are like the soul and spirit of the garden: the soul is tender, fragile, defenseless-the feminine in the garden, while stones represent the strict masculine principle. 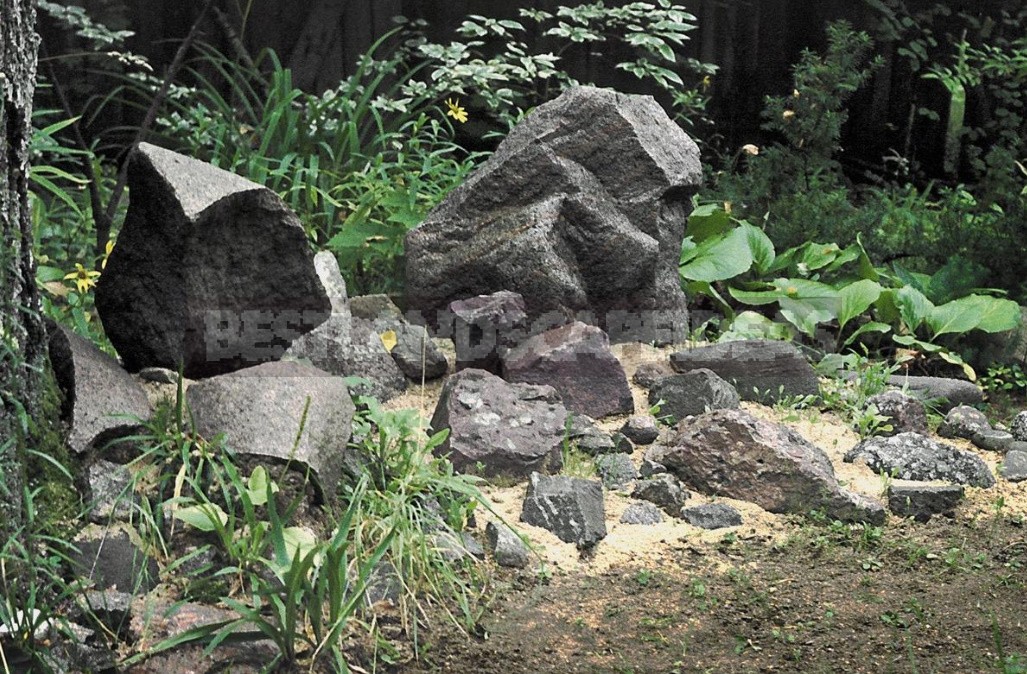 And now, finally, let me introduce a few more “portraits in the interior” (of course, the garden) of animated “not just” stones. 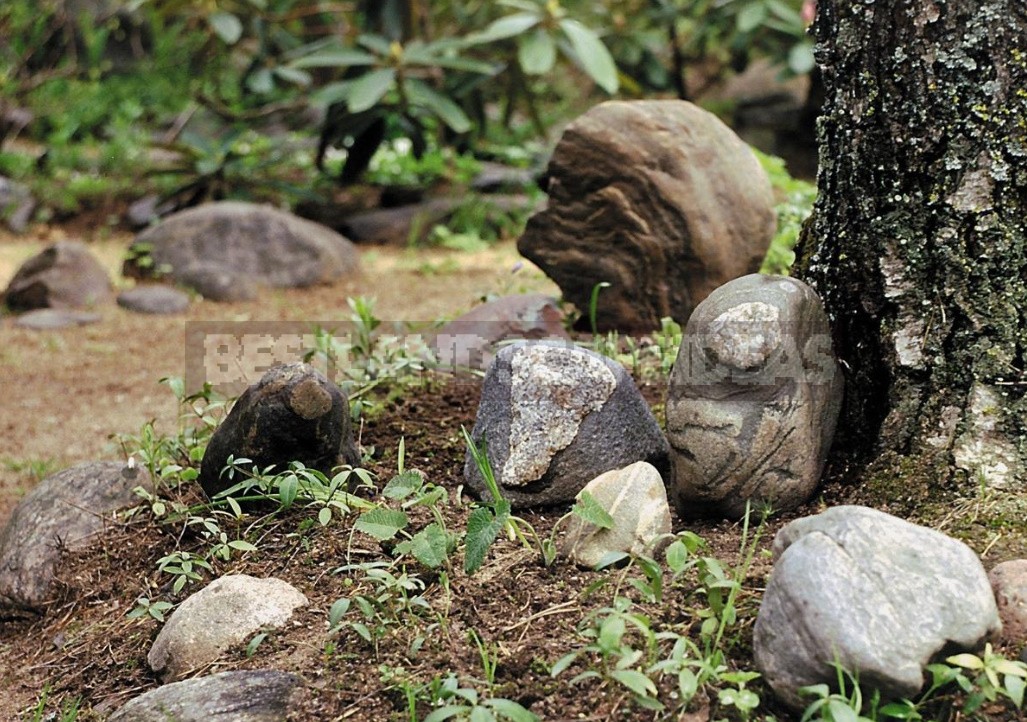 Many of them have names, and I think that if they don’t respond, at least they respond to them in some way. But I’m not going to name them , or someone else will. 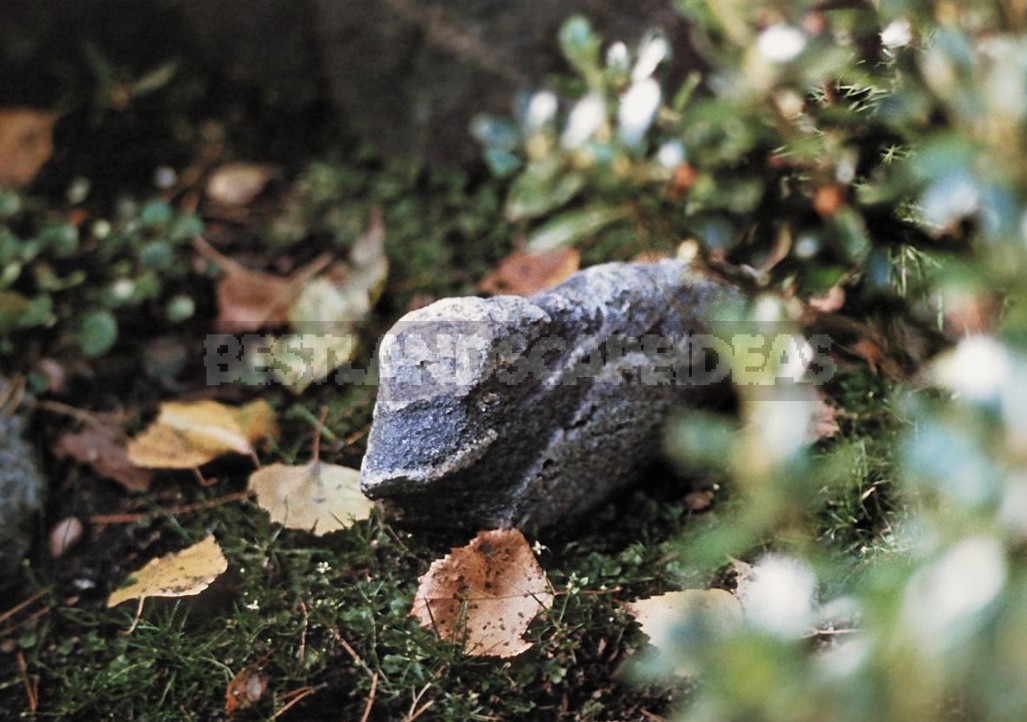 Of course, this article is no guide to gardening. But if among the hundred people who have read it, there is at least one who will allow it to understand something in a new way, and perhaps use it in practice, I will consider my task completely completed.. 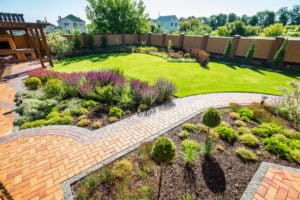 Create the Beauty of Landscape Design with Their Hands 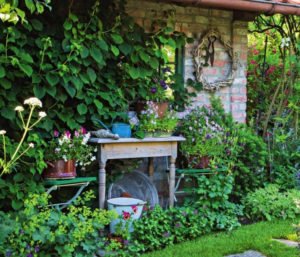 15 Ideas to Upgrade Your Garden 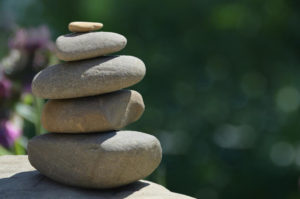 Feng Shui Rules for Your Garden 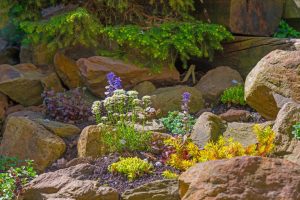 Stylish Rockery: What Plants To Plant