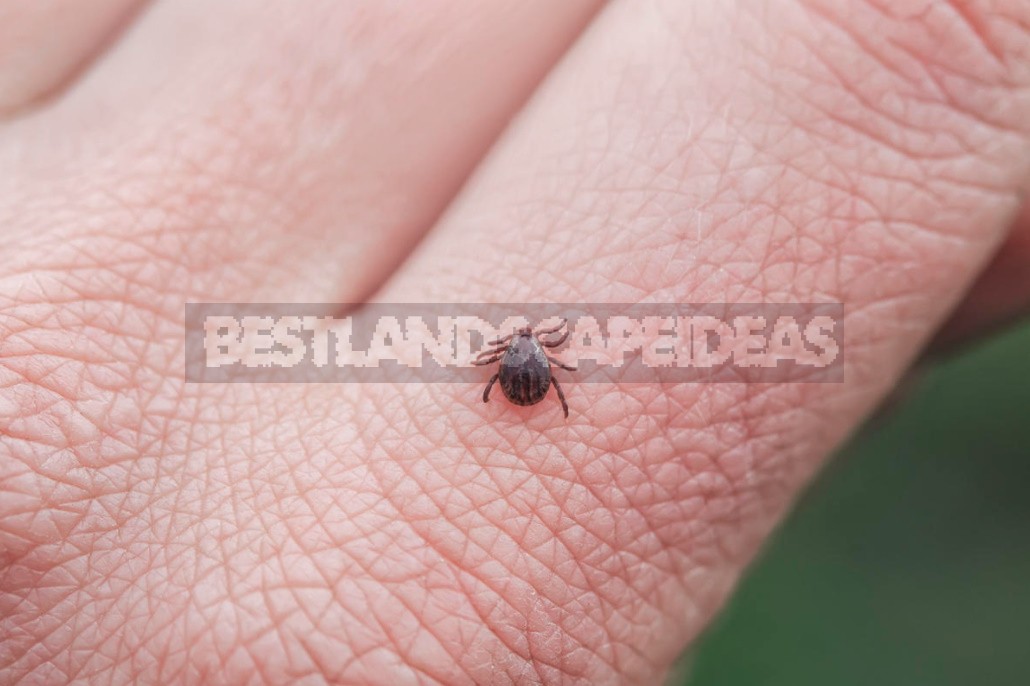 The holiday season is no longer just close — it is almost on the threshold, and again our stay in nature is overshadowed by a possible encounter with small, but very dangerous enemies, ticks. Let’s be frank: every year there are more and more of these insects (correctly called arachnids), and even in those forests where ten years ago it was possible to walk safely in shorts and T-shirts, now it is better not to look without protective equipment. Why is there a forest – a meeting with a tick can be waiting for us even in our own suburban area! We will tell you about which places are considered the most dangerous, what to do when insects are found on yourself and why you need insurance against a tick bite.

This year, the winter was abnormally warm, and epidemiologists warn that we are expecting increased activity of disease—carrying ticks. The fact is that their vital activity is not connected with a certain time of the year, but with weather conditions. They wake up already at a temperature of +1…+3 ° C, and become active when the temperature rises to +10 ° C. Taking into account the fact that in many regions back in February, the thermometers sometimes showed a positive temperature, it is safe to say that the season of tick activity this year will begin earlier than usual and will last 1-2 months longer.

Where a tick can bite

Many people believe that the risk of encountering a tick exists only in some thickets, where you can wander in search of mushrooms or berries. In fact, the danger of getting bitten is waiting for us in almost any green zone. If you look at the statistics, we will see that the most likely place from this point of view is our own suburban area!

Where do ticks bite most often?

The entire territory of the country is a habitat for two varieties of ticks that carry a potential danger to humans. The reason for such a prevalence of ticks is their high degree of adaptability, which allows them to successfully survive in completely different climatic zones. Therefore, it is not threatened to meet this insect except in very cold regions. In the middle zone, ticks prefer moist and grassy meadows and lowlands, river banks and streams, parks and groves located near reservoirs. Artificial irrigation also creates an attractive environment for them, so the danger of the presence of ticks in suburban areas is quite real. 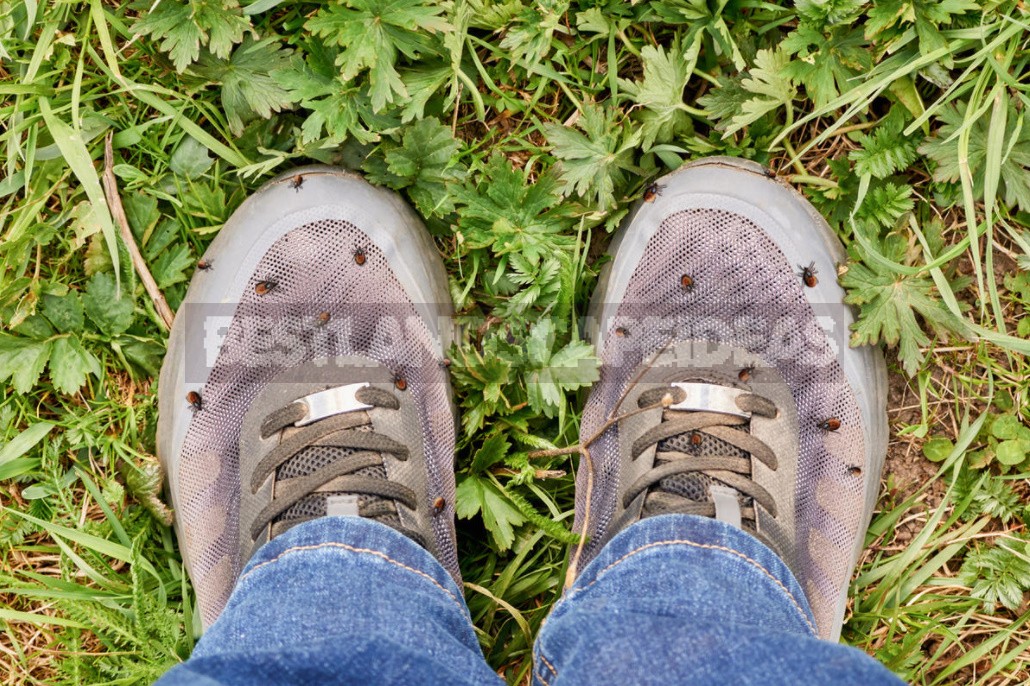 What is the danger of a tick bite

Epidemiologists urge to take the potential threat as seriously as possible. A tick bite can become not just a minor nuisance, but a serious problem if the parasite turns out to be a carrier of tick-borne encephalitis or other diseases – borreliosis (Lyme disease), ehrlichiosis, anaplasmosis, hemorrhagic fever. Tick-borne infections differ in diversity, the severe nature of the course of the disease and the possibility of death in the absence of emergency therapy. 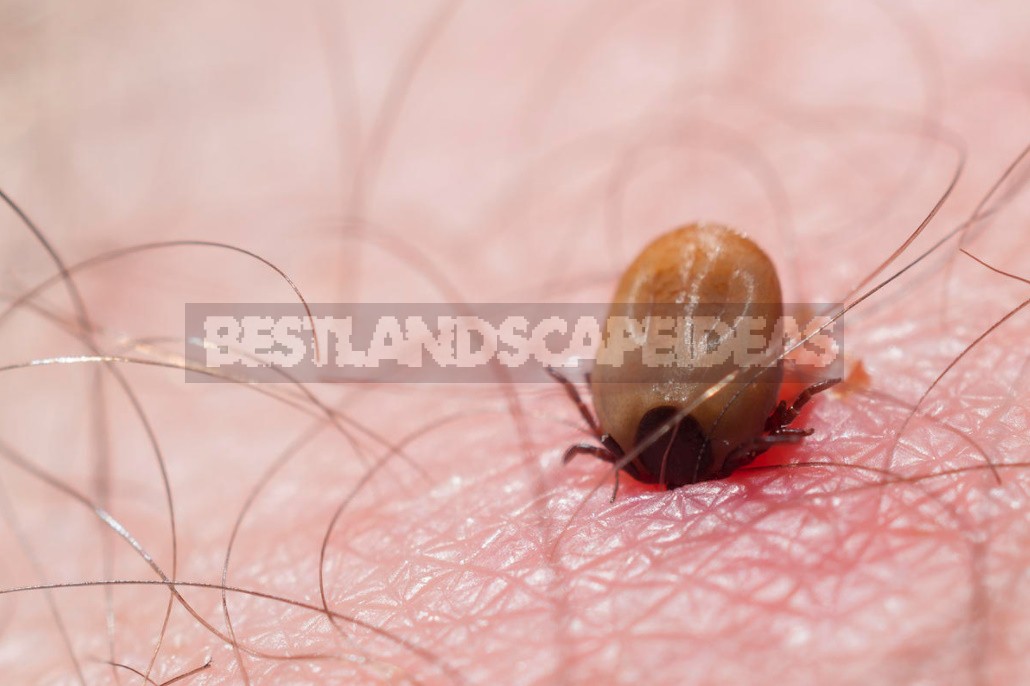 According to epidemiological statistics, every sixth bite causes associated diseases. Microorganisms and viruses enter the bloodstream along with secretions necessary to attach the tick to the bite site and neutralize the victim’s immune response. If the tick is infected, the infection enters the blood almost immediately after the bite.

Spring-summer tick-borne meningoencephalitis (that’s what it’s officially called) is an infectious viral disease that affects the lining of the brain and the central nervous system. It sounds intimidating, and in fact it is.

There are two stages in the course of tick-borne encephalitis. The first is a fever that lasts for several days, headache, muscle aches, sometimes nausea and vomiting. The symptoms are not too different from the usual SARS or flu, which is why it is so difficult to understand at the initial stage of the development of the disease that it is tick-borne encephalitis. 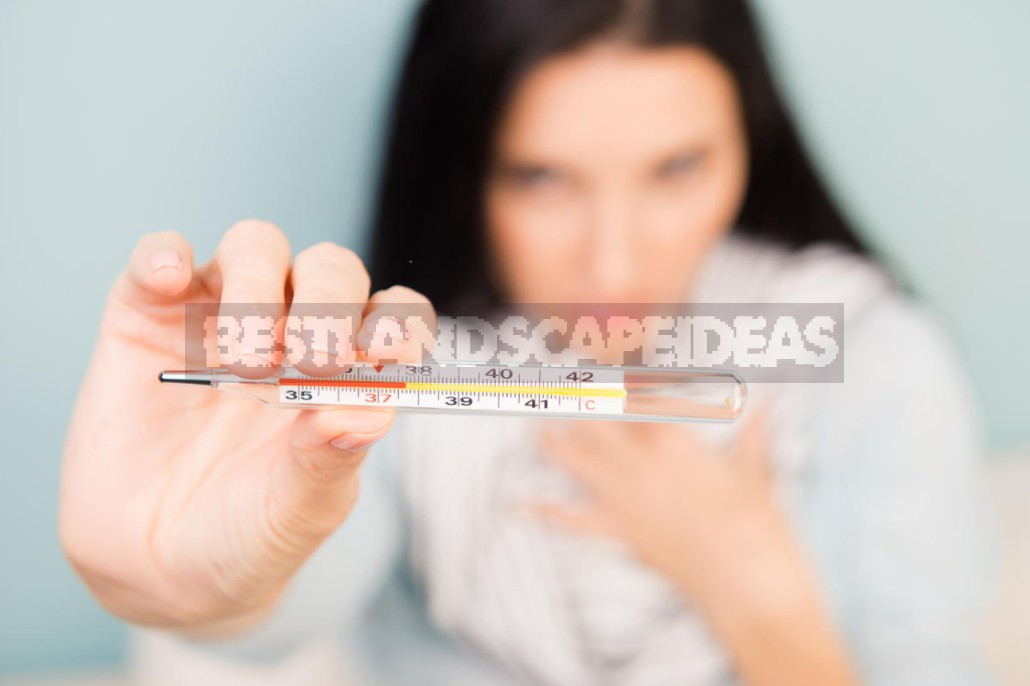 In some cases, the disease stops at this stage, in others, the second phase begins, much more dangerous, with damage to the central nervous system and meningitis. It is already difficult to confuse these symptoms with something: severe headache, painful reaction to light, inability to turn your head (symptoms indicating meningitis), impaired motor skills up to partial paralysis, confusion (if the central nervous system is affected). In the most difficult cases, the consequence of an ordinary bite of a small tick becomes fatal.

It is important to remember that tick-borne encephalitis has an incubation period, and in some cases the first signs of the disease may appear 10-12 days after the bite. An early manifestation of symptoms is also possible – as early as 12-24 hours after the incident. 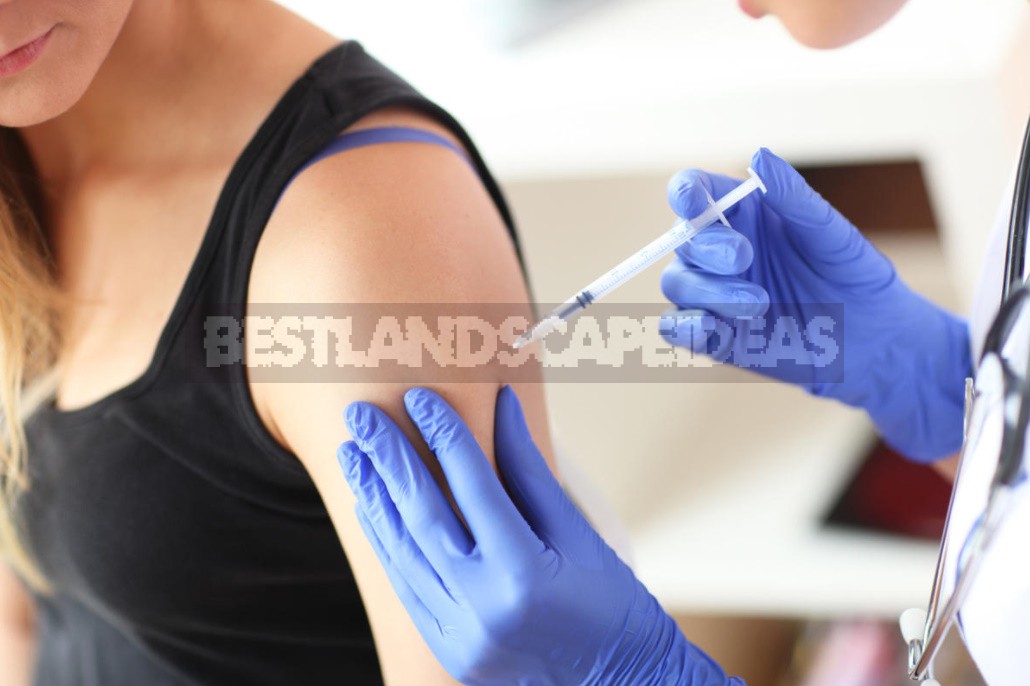 Tick-borne encephalitis is very difficult to treat, doctors struggle more with the symptoms of the disease than with its cause. That’s why vaccination against this infection is so important. Those who live in endemic areas or are going to visit them, infectious disease specialists recommend doing it in advance. Fortunately, for those who did not expect a collision with parasites, it is possible to carry out emergency prevention of encephalitis with immunoglobulin after removing the tick, but it is necessary to inject as early as possible (and no later than 72 hours after the bite).

Vaccination against encephalitis is carried out for adults and children from 12 months of life. Usually two or three doses are administered at intervals (the exact intervals and the vaccination schedule depend on the drug used), which forms a stable immunity against encephalitis, reducing the risk of infection by 95%. However, it is important to remember that the vaccine can protect against encephalitis, but it will not help against other diseases carried by ticks – borreliosis (Lyme disease), hemorrhagic fever and others. Therefore, after a bite, in any case, it is recommended to consult a doctor.

Given the widespread spread of vector ticks and seasonal weather patterns, it is worth taking care in advance that in case of a real danger you have a plan ready and the help of specialists comes on time. If you want to be sure that you are ready for any situation, it is better to be safe. And in the literal sense – that is, to buy insurance against a tick bite.

What is it? Insurance against the consequences of a tick bite is your “parachute” in case an unpleasant situation has occurred. It includes all the necessary procedures — examination by a specialist, tick extraction, laboratory examination, emergency preventive immunization, prescribing a course of antibiotics to prevent tick-borne borreliosis (let’s not forget about this potential threat) and, very importantly, further monitoring by specialists: it is necessary to make sure that the problem is solved without consequences. Also, anti-tick insurance covers the costs of hospitalization in a superior room and all necessary treatment in case the disease still occurred. 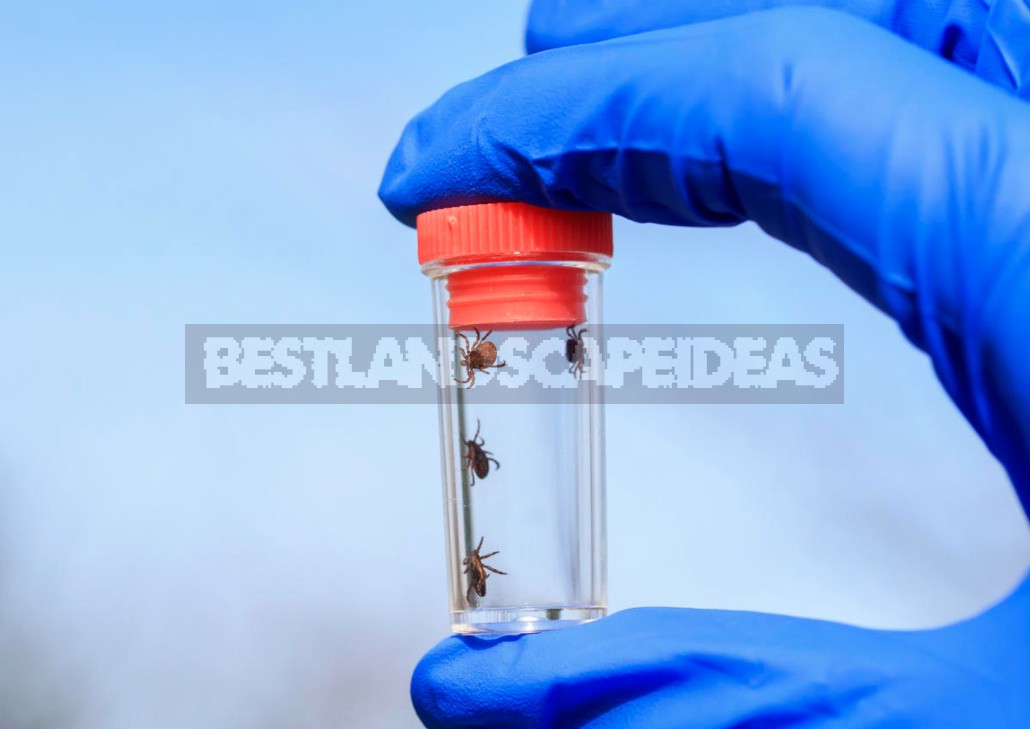 Why buy insurance if you can just go to the clinic? Do not forget that if an immunoglobulin injection is most often free for children, then adults will definitely have to pay for it, as well as a tick analysis. As a result, it turned out that insurance allows you not only to protect yourself (including psychologically), but also to save a lot if the tick still gets to you. It is easy to verify this by independently calculating the price of tick insurance. 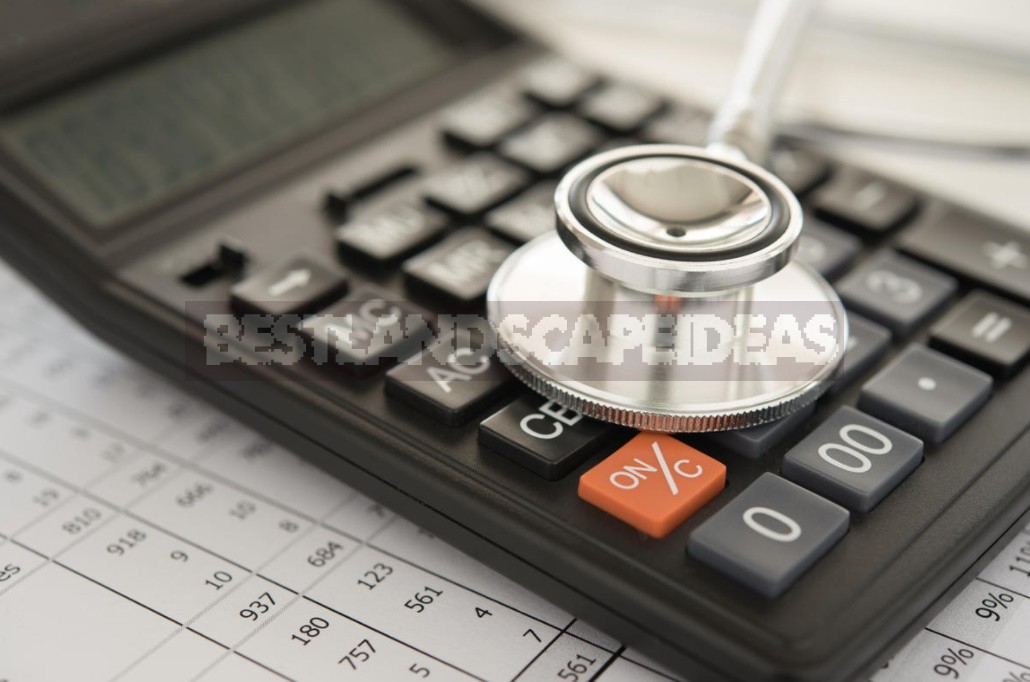 Another good news for those who want to get such insurance not only for themselves, but also for their loved ones is discounts for several participants of the program. You can protect all members of your family and save money at the same time.

When a person discovers a parasite attached, he usually falls into a mild (or even serious) panic. What to do, where to go? The first thought is to get rid of the tick rather, to pull it out by improvised means. Just in case, we remind you that there is a risk of pulling out the tick only partially, leaving the head inside. Or crush it, bringing even more infection to the bite site.

It is better to contact doctors who will safely extract the insidious parasite and send it for analysis. This should be done as soon as possible, because the earlier the tick was extracted, the less amount of virus it released into the blood. 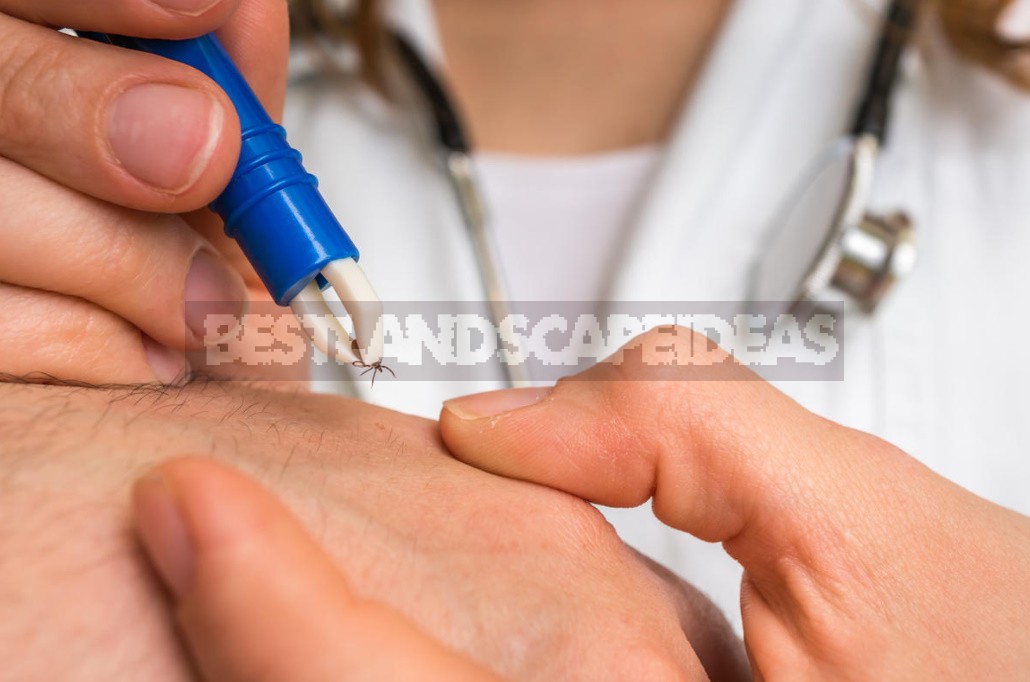 If you have insurance against a tick bite, then you calmly call the phone number indicated in the memo and get all the necessary instructions. The most important thing is to do it as soon as possible after the incident has occurred. If there is no insurance, then it is necessary to contact the infectious diseases office of the polyclinic at the place of residence, and if it is closed – to the emergency department of the hospital or emergency room. After removing the tick, send it for analysis to the nearest laboratory to your place of residence (you will have to do this yourself).

In any case, follow the safety rules: protect your skin while walking in the forest, apply repellents, be sure to inspect yourself after each visit to green areas, and most importantly, remember that in the case of ticks, the rule is especially relevant: warned means armed. 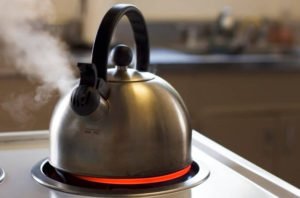 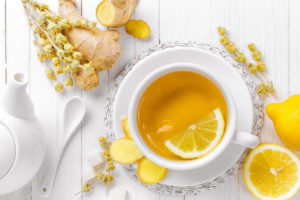 The Simplest Recipes to Strengthen the Immune System(Part 2) 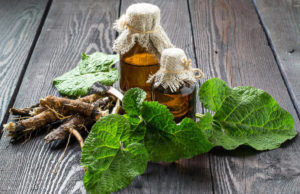 Dandelion And Burdock Roots Against Skin And Hair Diseases 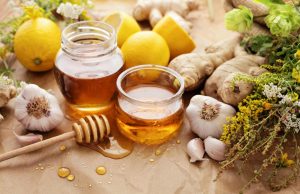 Folk Remedies For The Prevention Of Colds