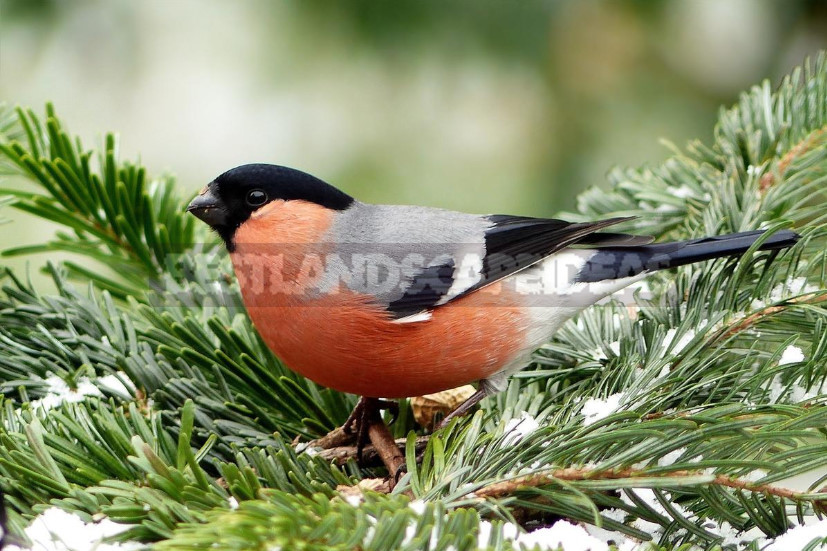 Ordinary bullfinch (scientific name Pyrrhula pyrrhula) was described by Carl Linnaeus more than 250 years ago. This is a bird of the order Passeriformes. Everyone knows from childhood how the bullfinch looks-calm, even phlegmatic, with a soft voice, somewhat larger than a Sparrow, the male bright red chest and sides of the head; black cap, chin, wing tips and tail; bluish-gray back; white tail, tail and stripes on the wings. Females are hardly noticeable-red color at them is replaced by brownish-gray. 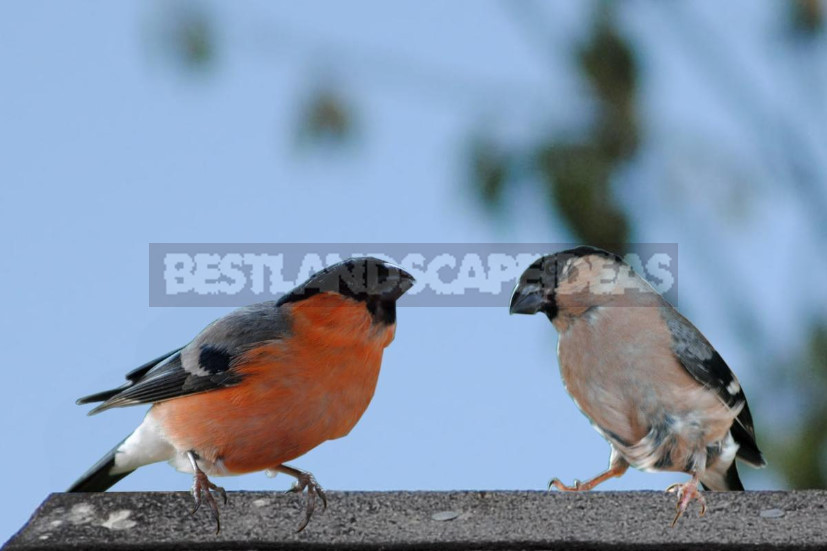 The song of the bullfinch does not differ in beauty and sonority, usually the singing bird quietly creaks and whistles. Not only males but also females can sing. They resonate with each other, issuing a melodious, a little sad, monotonous whistle.

For its beauty and calm temper, the bullfinch was a favorite house bird. And today, these birds are caught in large numbers by birders. In captivity, they quickly get used to the person, attached to the owner, often become family favorites, like dogs and cats. Bullfinch has the gift of artistic whistle and in captivity easily learns simple melodies. In cages with proper nutrition and care, they are even able to reproduce – build nests on small Christmas trees, feed the Chicks. But most often they are kept in cramped cages in the monotonous stern and red the color of the plumage of the males quickly fades, becomes brownish. It is a pity to keep such a cute behind bars! 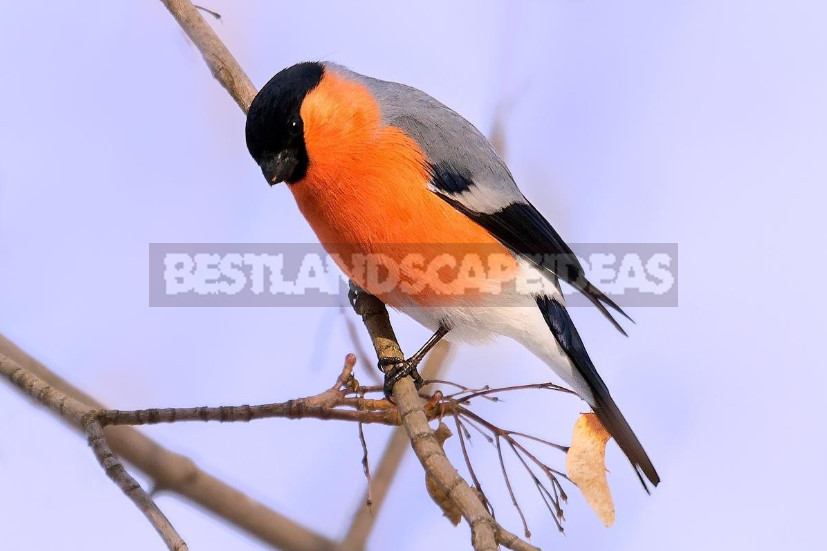 Bullfinches are herbivorous birds. In February bullfinches sing, funny males care for the females, feed them (the females are quite quarrelsome and wide open beak, the hiss of the red-bellied suitors). In late April-may, they arrange a nest in the thick of branches in large coniferous or mixed (rarely – deciduous) forests. At this time, they become silent and secretive, behave cautiously.

It is quite difficult to find a bullfinch nest. Therefore, the nesting of these birds in parks and squares of large cities is surprising. Bullfinches usually lay 4-5 light blue eggs with red-brown specks. Chicks spend about two weeks in the nest. Parents feed young growth seeds, insects are caught rarely. They are very good parents. The author observed the male bullfinch, reared several orphaned nestlings of great Tits. 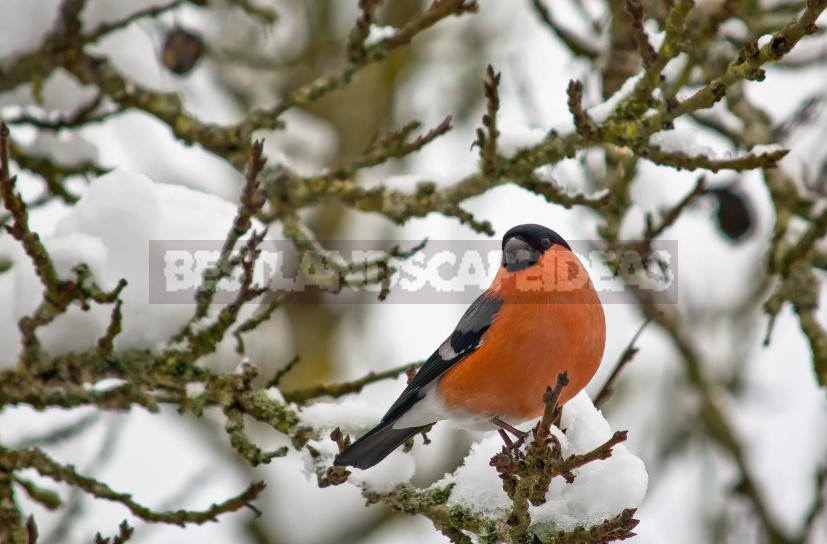 According to legends, the bullfinch selflessly broke needles of a thorn crown on the head of the Savior, and one drop of blood got to it on a breast, having painted it in red color. Therefore, the bullfinch is a symbolic bird protected by the people.

Bullfinch, as and many Northern birds, very trusting to man, admit close. Now instead of slingshots boys, and adults, buy air guns and, having fun, often shoot at birds. Carefree bullfinch – the first possible victim of such would-be shooters. 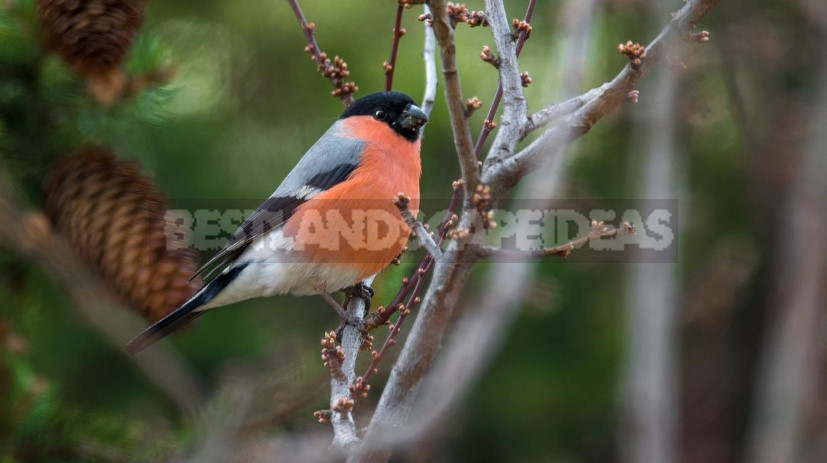 If you want to help the birds, to attract handsome birds to their homes or in the garden, to the country – build a feeder. Hang in there brush of a mountain ash, viburnum, hawthorn. Even better-plant berry trees and shrubs on your site specifically for birds – there they will quietly feed and rest.

Additional roofing elements (accessories)
Old Apple Trees Through the Eyes of a Landscape Designer (Part 1)
The Use of Foliage of Tomatoes in the Home Garden
Healthy Sleep During Menopause: Rules And Helpers