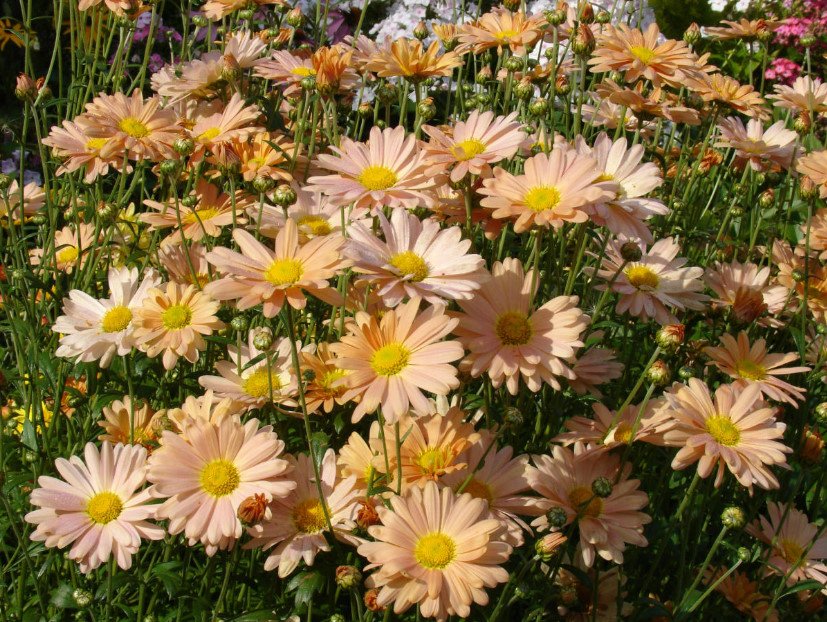 Gardeners have their own classification, botanists have their own, and this needs to be clearly understood. Many misunderstandings — for example, with “Korean” chrysanthemums – arise from the confusion of horticultural and botanical concepts, in particular “species” and “garden group”.

The name Crysanthemum — that is, the “Golden Flower” – was once given by Linnaeus to the Mediterranean annuals with yellow daisies,” which became the first species of a representative of the genus – Chrysanthemums coronarium. By the way, this is the “edible chrysanthemum”, which has become very popular in Southeast Asia as a vegetable plant. Interestingly, at home – in Europe – it was never eaten, but bred exclusively for decorative purposes.

Then everything that was more or less like a chamomile was sent to chrysanthemums. Then the genus was disbanded, mainly based on the structure of the seed. There were Tanacetum, Leucanthema and others. Garden chrysanthemums were in the genus Dendranthema, and then they were joined by all the savages with similar seeds and other small things. The genus was isolated on the basis of insignificant features that partially arose in culture, and many botanists do not recognize it, therefore, relying on authorities, we can safely call them in the old way – chrysanthemums. Especially in horticultural literature, where this name is traditionally accepted. 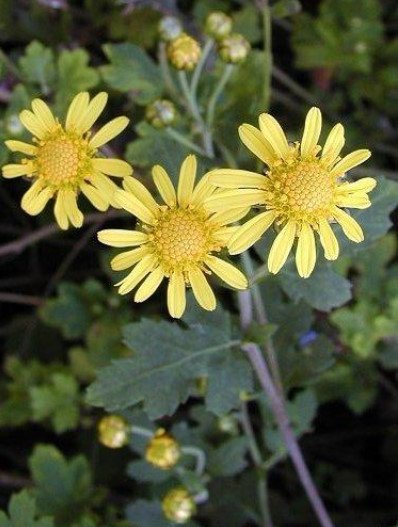 Garden chrysanthemums are a group of hybrids with a dark past, which, in essence, have developed over the centuries in China and Japan. According to the generally accepted opinion, the founders of the Chrysanthemum morifolium were small yellow daisy flowers, which are naturally found in China, Korea and Japan and are not known in the wild, but are cultivated in these countries. It was described in France by the same purple pattern that survived importation in 1789.

The Korean hybrids mentioned there occupy an intermediate position and are characterized by woody stems at the base. To put it mildly, a formal approach. Who has seen chrysanthemums in all their glory, will say more. Considering that other species have been involved in hybridization.

Breeding work, which lasted for centuries, led to the creation of a group of complex hybrids, for which we often use the name Chrysanthemum x indicum, and in foreign literature there may be both the name of the group and the name C. x xorum, and C. x grandiflorum, and some other names. These hybrids are very inventive in terms of the shape and color of the inflorescences.

Selection of chrysanthemums in historical aspect

What else was used for the cultivation of garden chrysanthemums? Of course, first of all powerful erect species with large inflorescences. For example, “Flora of Japan” describes a cultivated variety var. campanulatum, which according to the garden classification can be attributed to anemone chrysanthemums. Cultural historians call living on the rocks C. erubescens, C. makinoi from Sunny Hills, C. ornatum and C. japanese, which live on the sea coasts. 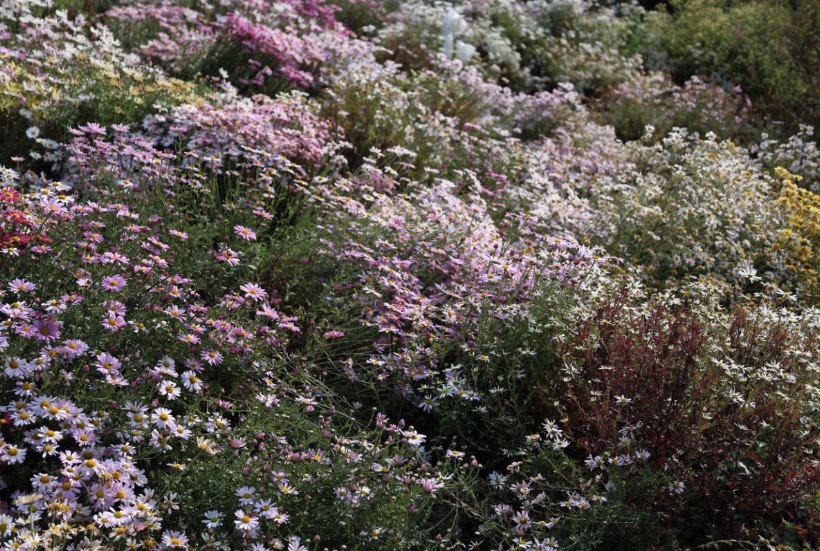 Ancient breeders had somewhere to turn: the territory uniting the Far East, China, Korea and Japan is the center of chrysanthemum diversity, where interspecific differences become barely noticeable. Their classification is confusing, the volume of the same type is not the same in the understanding of different authors. What kind of relationship they are, different things or the same thing is a question for a dissertation.

In the middle of the XIX century, breeders managed to overcome the dependence of the flowering time of chrysanthemums on the length of the day and bring out a number of early-flowering varieties. On the other hand, a clear dependence of flowering on the length of the day is a valuable property of many varieties of chrysanthemums, which allows to carry out the so–called “managed culture” and receive cut or potted flowers at any time of the year. This property of plants was discovered by American scientists in 1920, and the discovery was immediately used in industrial gardening. The technology of year-round production of goods has quickly spread around the world, and chrysanthemums have finally embarked on their main path – the path of indoor culture. The selection of new varieties was aimed at him.

Somewhere in the coastal cliffs of the Pacific coast lived the mysterious C. coreanum, which is often driven into synonyms with C. littorale. A fat spreading plant with pinkish ray flowers. 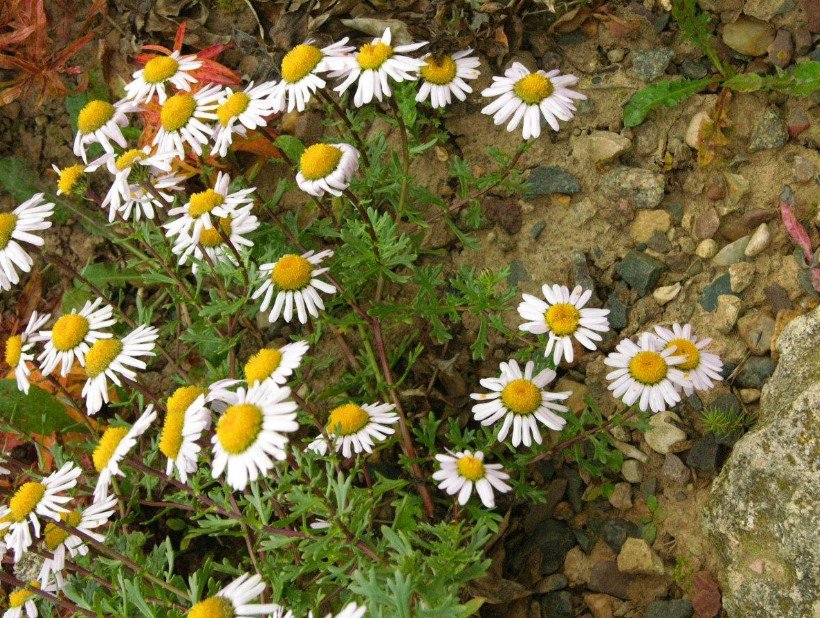 It is difficult to say whether it was used by the American Alex Cumming to obtain Korean hybrids. Due to confusion in the taxonomy of chrysanthemums, one name does not say much, you need to know what the plant looked like and where it was brought from. But if so, was the crossing news for chrysanthemums, or did it already happen during the breeding of this crop? Quite possibly the latter. It is not surprising that his hybrids have merged so much with the total mass of others that there is no single view of this mysterious group among flower growers, and no one can really say how the Korean hybrid differs from the Indian small-flowered varieties.

Varieties called Korean hybrids were obtained in the 20s of the last century, and in the 30s they were already bred in nurseries in Connecticut (Northeastern USA). One parent was the small–flowered variety “Indian”, whose name is indicated in different ways, the second was the variety “Korean daisy”. It is believed that this crossing contributed to the improvement of winter hardiness. What do American florists think? In general, the same thing, only they have these chrysanthemums decorating gardens until November. In other countries, the flowering time of “Koreans” is different, and the sooner they bloom, the better.

Americans under the brand Korean hybrids can find varieties attributed to other catalogs — for example, English – to rubellum Hybrids. This is a young garden group, the appearance of the first representative of which was noted in 1935, when he received the prize of the English Royal Society. The varieties of the group – tall, lean, with a strongly dissected leaf and simple large “daisies” – are considered very hardy and long-lived, but they do not indulge in a variety of shapes and colors. Among them are bright pink with a yellow center ‘Clara Curtis’, light pink ‘Sheffield’ (‘Sheffield apricot’), pink ‘Venus’, creamy yellow ‘Mary Stoker’.

Rubellum hybrids are recognizable and deserve a specific name — C. rubellum. The founder of the group, rubellum, was described by a specimen grown in an English garden and exhibited under the name erubescens. However, the botanist decided that the plant did not look like a well-known one, and gave it its own name, indicating the garden origin of this species – either mutant or hybrid. But clearly the leading start is all from the same. 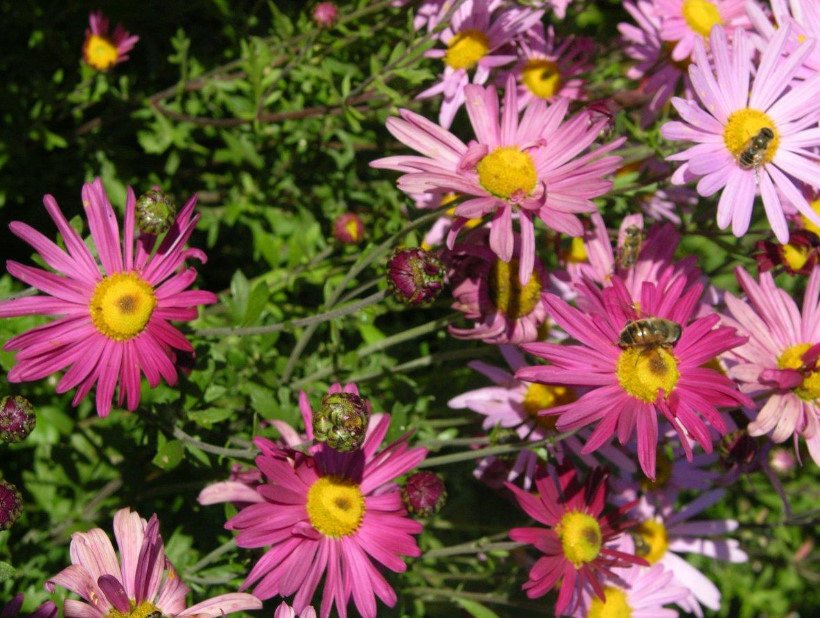 In type, it is a powerful erect plant up to 90 cm (2.9 ft) high, strongly branched, with large, up to 12 cm (4.7 in) long, deeply dissected leaves and pubescent inflorescences-daisies 5-8 cm (2-2.7 in) in diameter. The reed flowers are pink, have a pleasant smell. This crossing led to the creation of other varieties — covered with darkness about how the flower will look, but as long as they adhere to a certain plan of structure, the group retains identity and species name.

So what are we growing?

Now the varieties that are in demand among the residents of the middle zone are a complex mixture, from which it is possible to distinguish the Indian group of Early small-flowering, Korean hybrids and Rubellum hybrids. 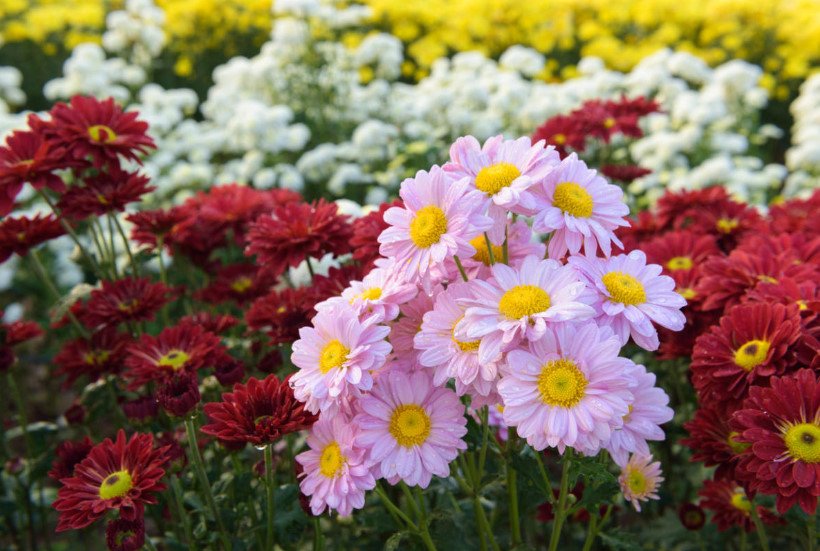 The lack of long-term collections often makes it impossible to identify the names of plants. The situation is similar in the homeland of Korean hybrids. What is being grown there now are plants that accidentally survived in the gardens of passionate fans of culture, and no one knows what their origin is. The simplicity of reproduction and their popularity among people have led to the appearance of numerous unnamed clones, some of which have lost their names, and some have never had them. But when choosing the name of a plant, it doesn’t mean much.

I must say that the morphological and physiological diversity is amazing. Within the same species in different specimens, depending on geographical origin, timing and duration of flowering, attitude to local conditions and stability in culture, the duration of the decorative period varies greatly. All this is reflected in the properties of cultivated chrysanthemums, giving a charming unpredictability to this plant. For each zone and even for each site, it is necessary to select an assortment of varieties, which makes working with chrysanthemums especially fascinating and creative. 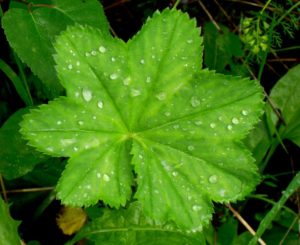 Alchemilla Vulgaris in the Garden 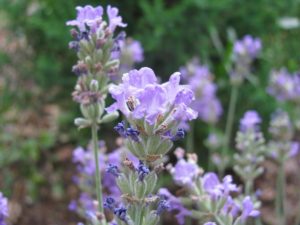 Lavender: the Beauty and Benefit 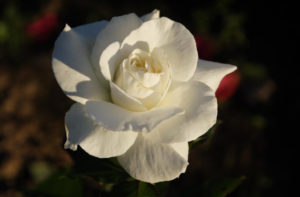