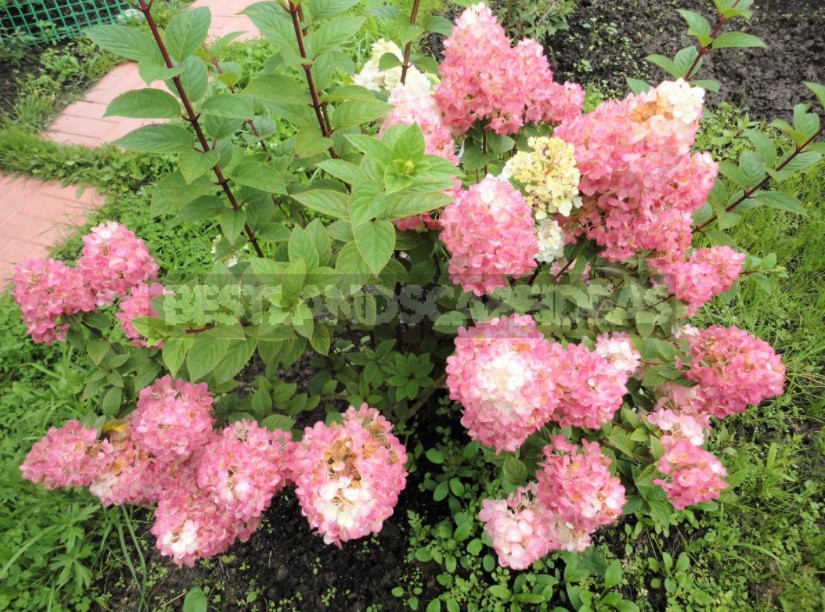 6. How do I keep Hydrangea paniculata in a pot until spring, and can I dig a pot?

I don’t see much need to dig a Bush right in the container. I think that if you are able to dig a hole for a pot, then it will not be difficult to plant a plant according to all the rules. Do not do double work: first dig the pot, then take it out in the spring and plant Hydrangea paniculata already in the ground. Moreover, it is unclear what it will be like to spend the winter in the cramped conditions of a plastic container.

This operation is justified only in one case: if you have not yet chosen a permanent place to land. Then you can dig it right in the pot, and in the spring you can determine exactly where to plant it. Since Hydrangea paniculata does not like transplants, this method will be the least traumatic for the plant.

7. When is the best time to trim Hydrangea paniculata — spring or fall?

According to the rules, it is considered that pruning Hydrangea paniculata should be carried out in early spring — before the SAP movement begins. But I, for example, for the first time I get to the site only on may holidays, and I no longer dare to take a pruner in my hands at this time, for fear of harming the plants. I’m waiting for the buds to swell and even the leaves to pop out. This makes it possible to see frozen dry branches, as well as avoid abundant “crying” in the place of cuts.

Hydrangea paniculata wakes up early, juice movement is very intense. In case of untimely pruning, it can simply run out of juice and simply dry up. I had a case when, after reading a lot of literature, I decided to rejuvenate my already Mature Hydrangea paniculata of the ‘Grandiflora’ variety and, as advised, “put it on a stump”, that is, cut it very low. Never repeat such stupidity, for which I still punish myself! The story ended sadly: my “old lady” died, unable to withstand such an execution. So I partially prune the bushes in the fall, after the leaves fly off. At this time, as in the spring before the foliage blooms, when the skeleton of the Bush is clearly visible, we remove small, rubbing branches, give Hydrangea paniculata the desired appearance (vases, trees on the stem, fans, domes, etc.). 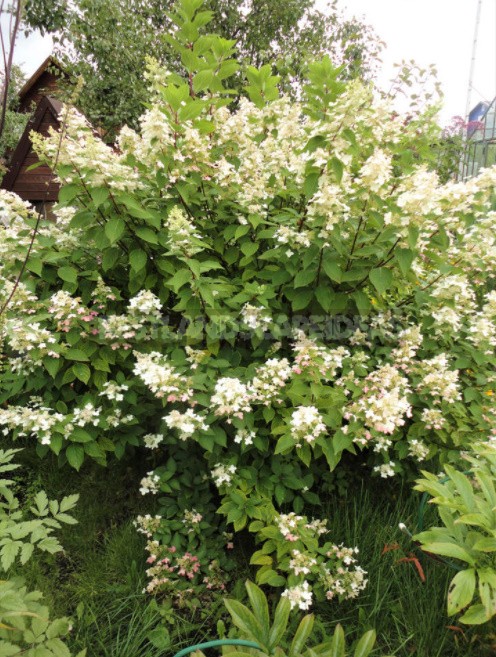 Pruning Hydrangea paniculata is perhaps the most difficult technique in cultivating these plants. Cut aby as it is not necessary — you need to know exactly what you want to achieve. Inept actions can cause irreparable harm. At the same time, pruning is easy to correct the shortcomings of the habitus of the Bush. In addition, it is pruning that can make Hydrangea paniculata bloom profusely. Here there is an inverse relationship: the more branches remain, the smaller the inflorescences will be. Conversely, a small number of branches will bloom in huge caps. However, in this case, you should not overdo it! 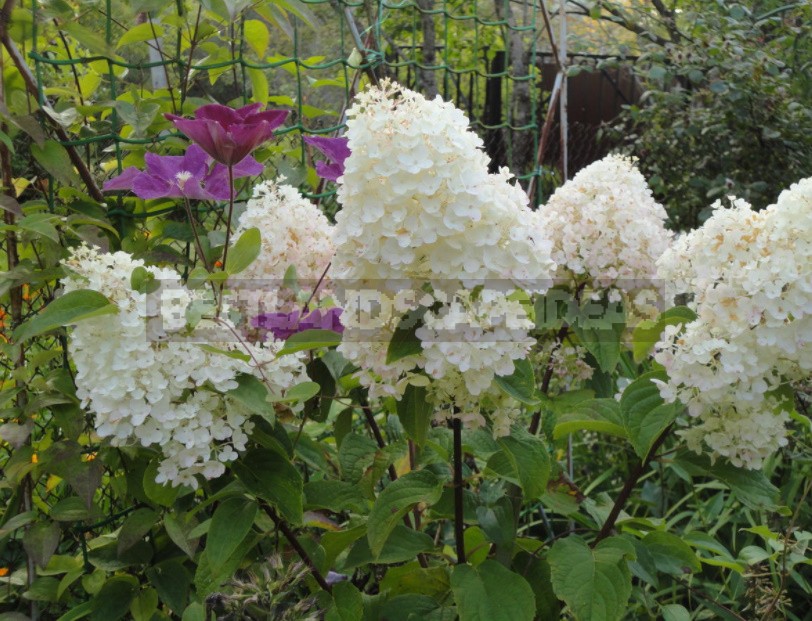 9. When to cut the inflorescences for dry bouquets?

Dry winter bouquets are made in advance. I cut off the inflorescences at the peak of flowering. It is important not to miss the moment and do it before the flowers turn brown. I make bouquets of them and put them all over the house. 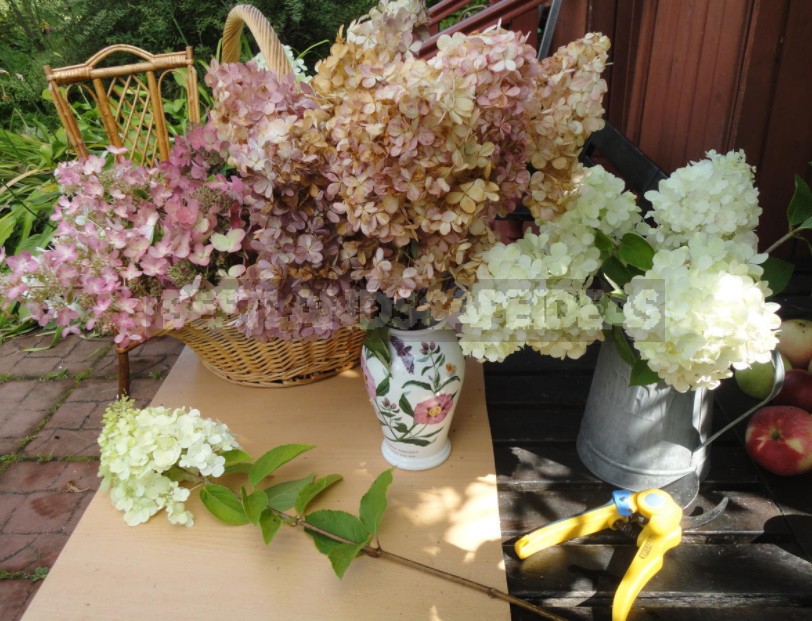 I prepare a separate basket for decorating the fireplace: I use it to decorate and cover its sooty mouth when we don’t use it — in the summer season. This technique I spied on the English, who have a fireplace-literally in every house. They also figured out how to decorate the hearths with dry inflorescences of Hydrangea paniculata. 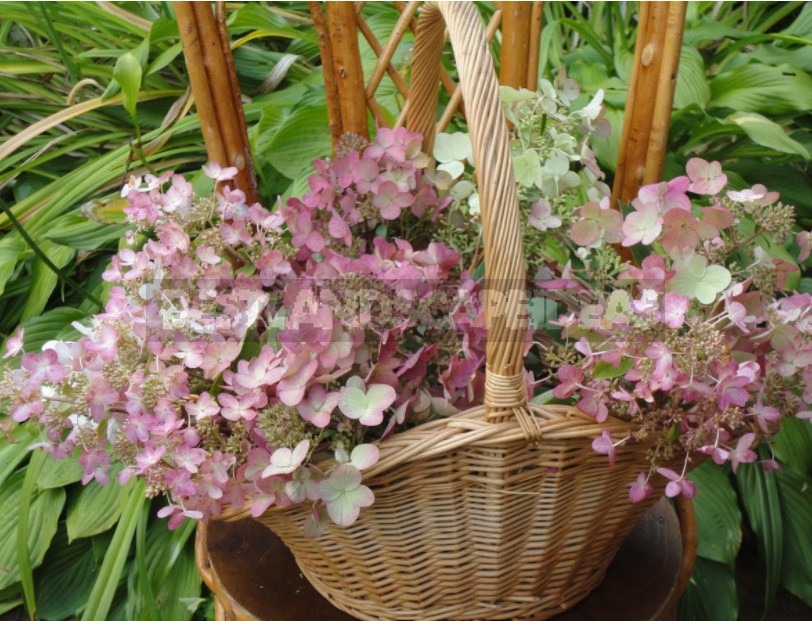 10. How to cook paniculata Hydrangea for the winter?

Various questions are received on this topic. For example, whether it is necessary to bend and cover the bushes, what to do with newly planted young bushes?

Hydrangea paniculata are famous for their high frost resistance, but not all varieties successfully winter in harsh winters. When buying, it is necessary to take into account the frost resistance zone and the permissible minimum temperatures for a certain variety. They are differentiated from -23°C to -29°C. In my garden, Hydrangea paniculata overwinters without problems, although in the neighboring forest we do not meet hazel and maple trees, that is, the climate is quite harsh. Knowing the peculiarities of their places, every gardener should understand what to expect from the winter. 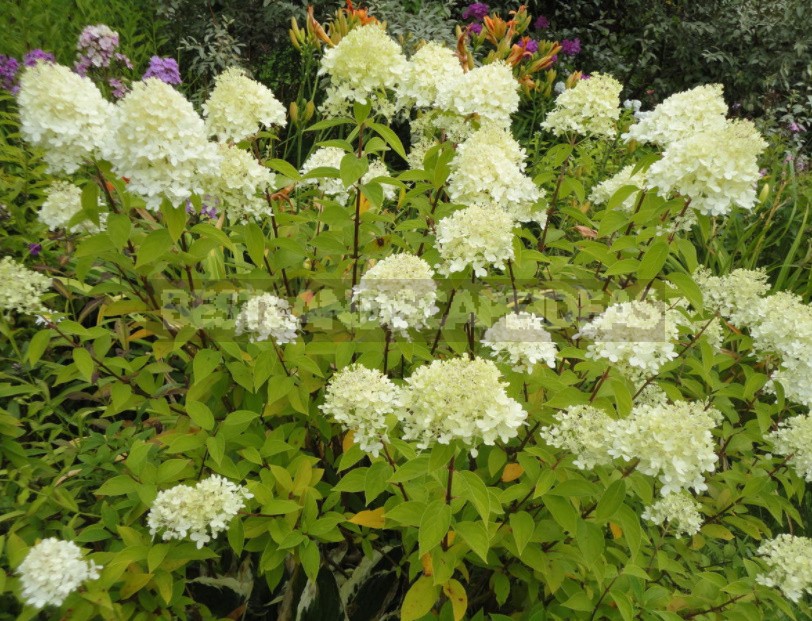 If snow falls in due time (in the middle zone it is the first half of November), it will become a natural shelter for the roots of Hydrangea paniculata. You don’t have to bend the bushes to the ground on purpose, they’re not roses. And to cover up additionally-too. Young low bushes, planted in September and already managed to take root, will spend the winter under the snow. It will be the best hiding place for them.

However, it does not matter if the Bush freezes: in the spring, it will again give a new growth. Therefore, all efforts should be directed to protecting the root system — masticate with a thick layer of compost, which will “warm” and can save Hydrangea paniculata in the event of early frosts and snowless autumn.

What else needs to be done in terms of preparing for winter? Be sure to remove the inflorescences, as snowfall and freezing rain can break off the Bush. 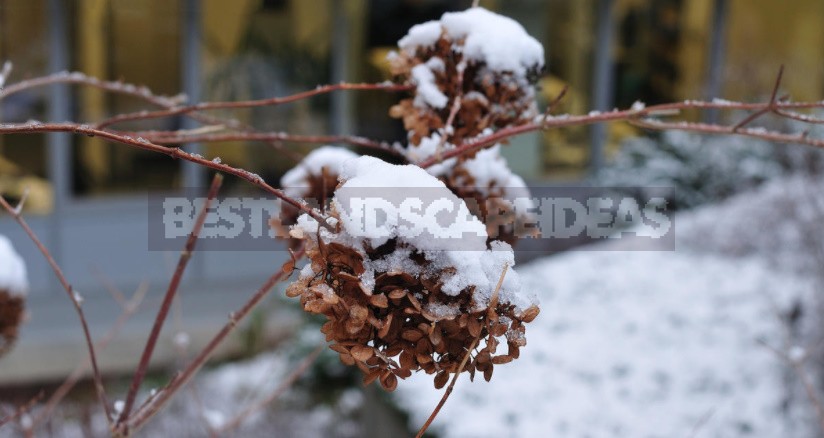 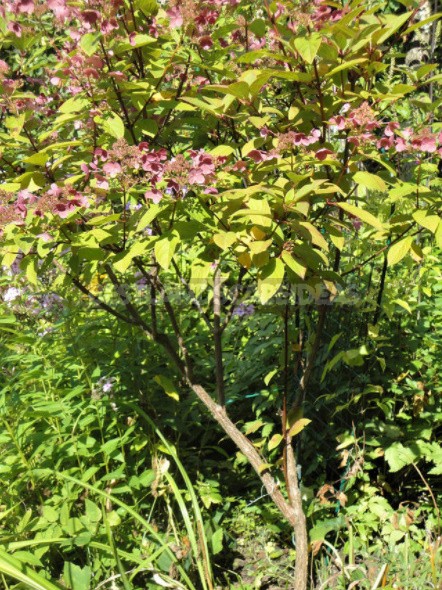 Hydrangea paniculata has been living in my garden for a long time, and every year they organize a real flower ball. Featuring an amazing winter hardiness, this crop will be able to decorate even quite Northern gardens, where many highly decorative plants do not survive. I hope that after this article, you have fewer questions about the care of Hydrangea paniculata. Tell us, what varieties do you grow? 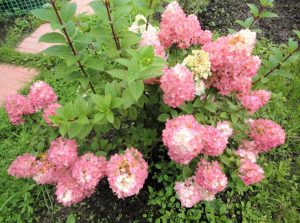 Everything You Wanted To Know About Hydrangea Paniculata: Answers To Current Questions (Part 1) 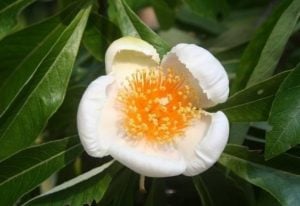 Franklinia Alatamaha Bloomed for the First Time in 200 Years 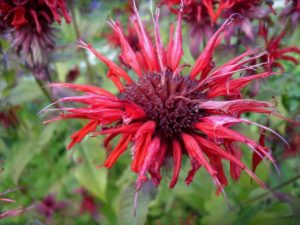 The Wondrous Aroma of Monard 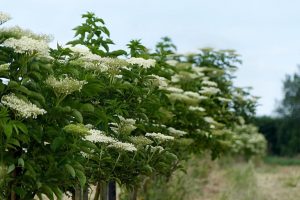