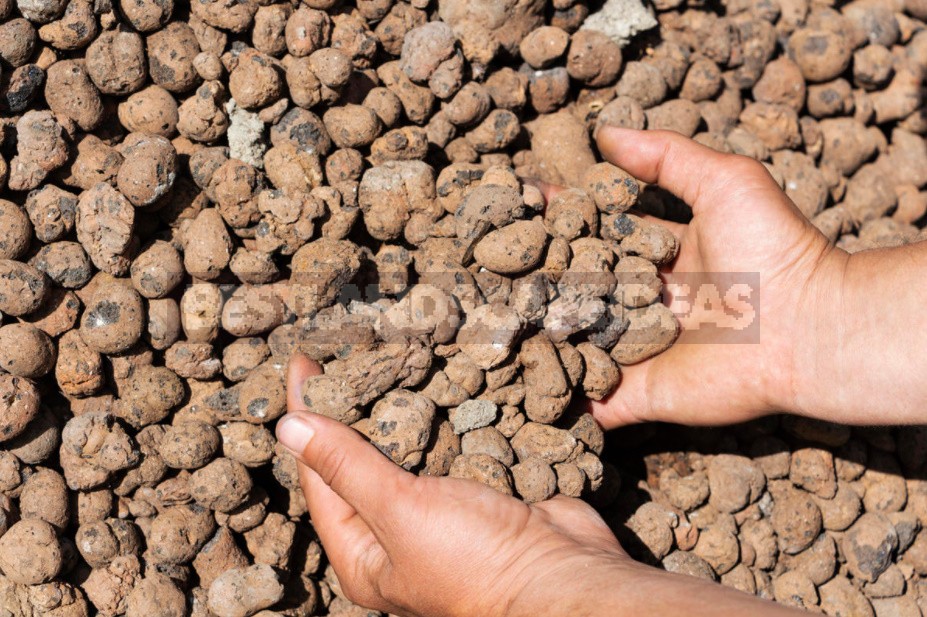 Expanded clay is called porous granules of baked clay, which differ in density, size and other characteristics. It is used in various areas of construction, but most often – as a heat insulator. Let’s try to understand how useful it can be when warming a private house and how to use this material.

Expanded clay backfill is made in special rotating furnaces, where raw materials consisting of low-melting clay rocks are subjected to rapid heating at a temperature of + 1300°C. Under its influence, the clay literally begins to boil, thanks to which it acquires a porous structure. Then, to fix it, the raw material is cooled to +600 for 20 minutes…+700°C.

The technology of rapid heating and gradual cooling causes the appearance of those qualities for which expanded clay is so valued by consumers: lightness, strength, and the ability to retain heat. In addition, the material is not afraid of frost, does not support gorenje and as a natural product is environmentally friendly.

Another plus is the indifference of rodents to it, which can not be said, for example, about mineral wool, in which mice often arrange nests. But the most important advantage is the low cost, which is always of particular importance in individual construction. 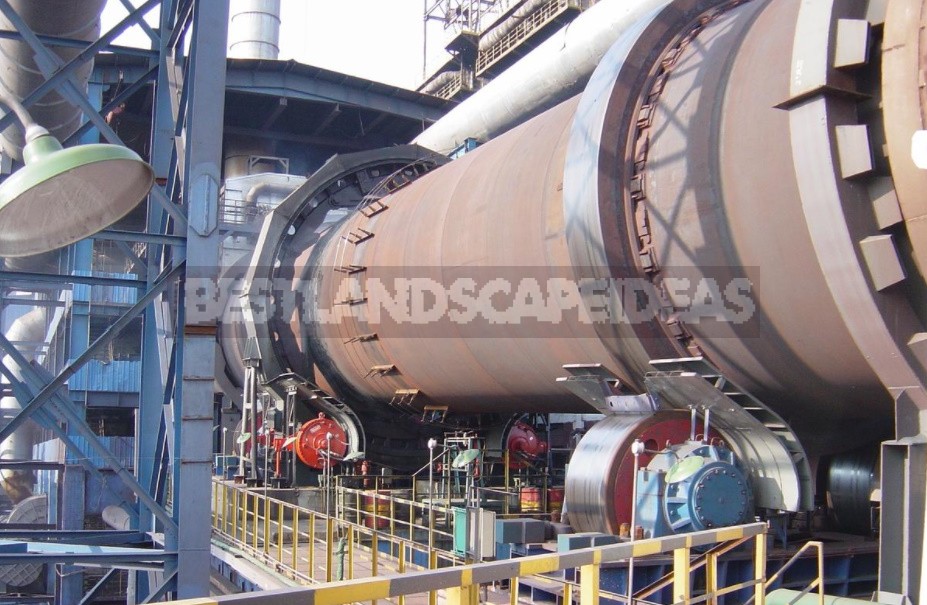 Among the disadvantages, we can note the hygroscopicity — expanded clay is able to absorb moisture up to 25% of its weight. And also not very low, in comparison with some other materials, the coefficient of thermal conductivity: effective thermal insulation can be achieved with a thickness of the backfill layer of at least 150 mm. The ability of expanded clay to retain heat depends on the density: the larger the granules, the lower the density and better the thermal insulation properties.

Which expanded clay is better?

The insulation is produced in different modifications, each of which has its own technical characteristics. For example, gravel is made in the form of rounded granules of three standard sizes. The smallest of them has a diameter of 5-10 mm, the larger (medium) – already 10-20 mm, and the largest-20-40 mm. The density of the material varies in the range of 300-800 kg / m³. 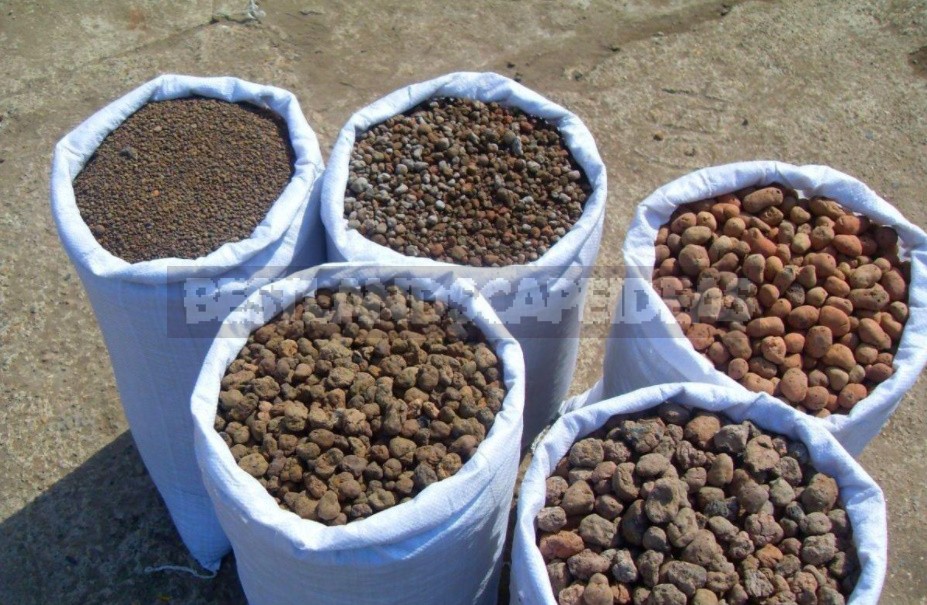 Expanded clay crushed stone is also produced — angular stones in the form of fractions of Ø 5-40 mm. In construction, they are used mainly for filling light concrete, using granules of no more than 10 mm. The density of crushed stone is 370-750 kg / m³.

The fractions of expanded clay sand have sizes up to 5 mm, and its density is 500-1100 kg/m³. In this regard, the material is characterized by a high coefficient of thermal conductivity, which means that it does not retain heat well. It is not surprising that it finds its application most often in the manufacture of cement mortars.

It turns out that of all the listed types, large gravel is best suited for insulation: in its favor is a small density and, accordingly, low thermal conductivity. The only problem is that it is difficult to tamp it, as a result of which the effectiveness of the material as a heater is noticeably reduced.

The solution is simple — in the process of thermal insulation, it is necessary to use both small and large fractions of gravel with a size of 5-20 mm. This approach will allow you to achieve an optimal level of heat saving.

How to insulate a house with expanded clay

With the help of expanded clay, first of all, thermal insulation of the floor and ceiling is carried out. Often the walls are also insulated, but this can only be done at the construction stage of the house. Let’s look at all three methods in more detail.

In a wooden house, the easiest way to insulate the floor is to fill the base of the floor with expanded clay. 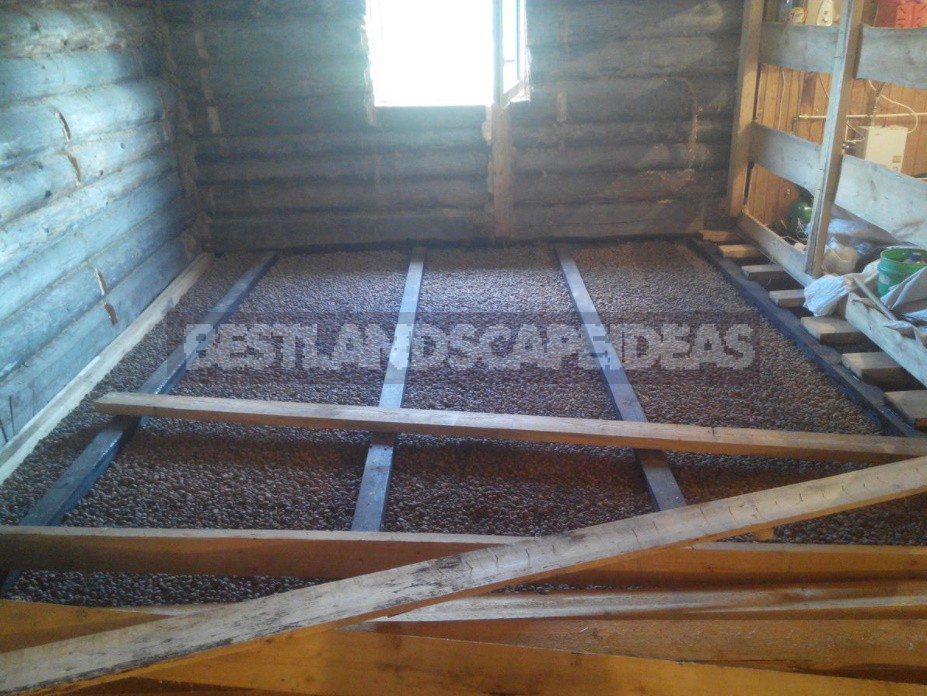 The first step is to lay a layer of waterproofing — a dense plastic film. Strips of polyethylene are mounted overlapping, gluing the seams with a connecting tape. The width of the overlap and the side that the film needs to be laid on the base are usually indicated on the material. Waterproofing is laid so that its edges go to 20 cm on the walls.

Then, bars of the appropriate length are stuffed across the floor beams. Thus, cells are formed for their subsequent filling with insulation.

Next, the finished cells are filled with expanded clay. The height of the layer depends on the size of the floor beams, ideally-15 cm. On top of the insulation, logs (or boards) are mounted, on which a vapor barrier is laid. Then fasten the sheet chipboard material-chipboard, OSB, tongue-and-groove plates. And finally — the final chord, the finish coating. 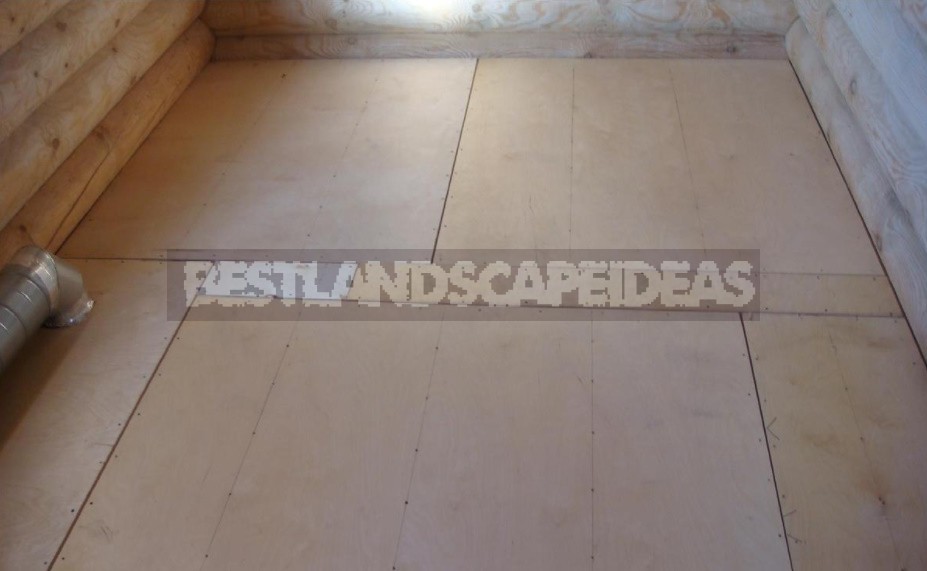 Thermal insulation of the attic floor is produced according to the same scheme. The first working layer is pergamine. It is laid between the beams, fastening the edges with a stapler. On top of the waterproofing, pour small expanded clay (5 mm). The backfill thickness is 3 cm. The next layer should consist of larger granules — at least 7 mm. It is desirable that the total depth of both layers is at least 10 cm, even better-15-20 cm. If the attic is planned to be operated, from above (not forgetting about moisture protection) mount the rough-and then the finish floor. 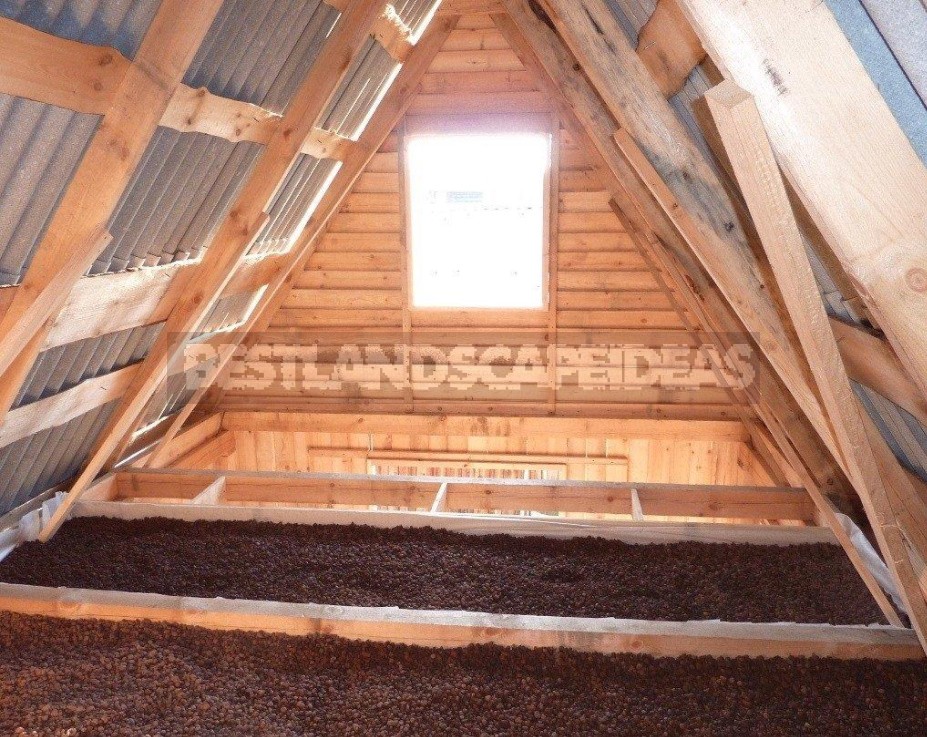 You can insulate the wall structures with expanded clay only in a brick or concrete house. To do this, they make the so — called well masonry: next to the load-bearing wall, they build another one-the facade. The result is a kind of frame (well), which is filled with insulation.

Since both walls will experience a bursting load from expanded clay, they must be connected to each other. It is clear that the enclosing structures of a wooden house will not withstand the pressure of the insulating backfill. And to implement such a scheme of insulation in a frame-type building, you will have to build walls with a thickness of 70 cm, which, taking into account even the low cost of expanded clay, is unprofitable.

On top of the foundation with waterproofing protection, two rows of brickwork are laid, the distance between them is 15-30 cm. The walls are connected by lintels made of bricks: they are placed every 1-2 rows, this allows you to make the structures more durable.

In the resulting sections, expanded clay is filled in stages, in the process of building walls, after the next five rows are ready on both masonry. Thus, the backfill will consist of several layers. 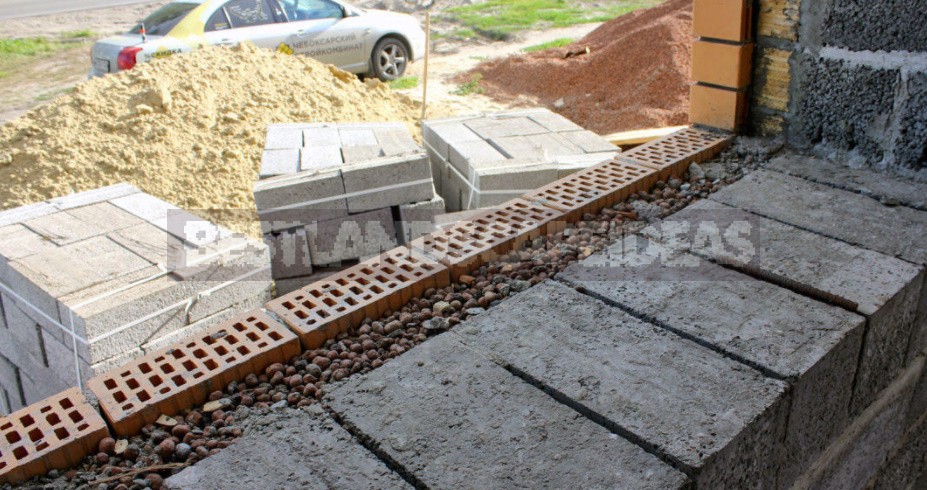 The layers are alternately rammed and bonded with cement milk. As a result, the wall will be a structure of three parts-load-bearing, heat-insulating and facade. In addition to bricks, steel anchors or mesh for reinforcement can be used as a connecting link. Their laying is carried out in the same way as in the case of brick lintels. 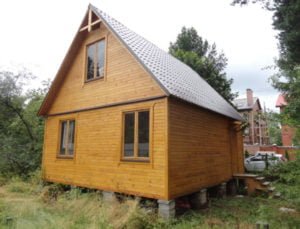 How to Insulate a Pitched Roof without Removing the Roof 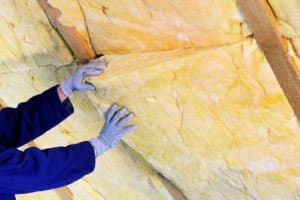 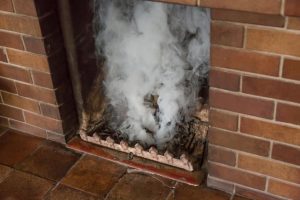 Why The Oven Smokes: 7 Reasons And Ways To Fix Them 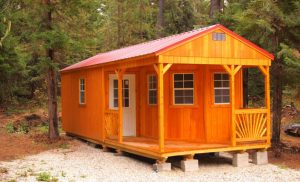