I really like to do something useful for the cottage at the end of the season. Not a global one, but a pleasant trifle, so as not to have time to get used to it — and at the beginning of the next season, remembering, sincerely surprised at the update. It’s like finding a forgotten pair of couriers in a winter jacket. This time it was decided to update the appearance of the gate, or rather, recreate the former one. Once they were bright. I really liked the contrast of black and cherry.

Over time, the paint on the profile has faded, peeled off, and rust has gone in some places. The lower part of the gate was particularly affected. When I realized that I couldn’t wait for corrosion to finish its disastrous work, I armed myself with a primer-enamel for rust. The painted surface at the gate frame is small, but it seems that you will have to spend a lot of time on it. Therefore, I chose an unusual path and instead of a brush and paint, I bought a spray can with aerosol enamel.

It is clear that the work is not the most difficult, but it is one thing to paint something smooth, another is to cover various kinds of decorative elements. Our gates don’t abound with them, but their presence has always stopped me. That’s also why I decided to try an aerosol primer-enamel for rust. This composition contains a rust converter, so it can be applied directly to places with corrosion by removing the loose layer.

Despite the fact that I always paint everything in a country house (that is, I have experience), I did not have to use spray cans. It seemed to me that this requires some incredible skill. But still took a chance.

To work, we need

To begin with, I cleaned the surface with a metal brush. Then it turned out that in some places the paint began to peel off. Outwardly, this did not manifest itself at all. Very timely, I decided to restore the gate!

After stripping, I degreased the parts with gasoline — there was nothing else at hand. I followed the instructions strictly, fortunately there is nothing complicated in it.

In order not to stain the metal profile sheets, I pasted them with masking tape. It would be ideal to cover the entire canvas, for example, with film or newspapers. But neither of them was at hand. I managed with scotch tape. This was probably the most tedious part of the job. It is necessary that the tape lay flat, hid the canvas and at the same time did not go to the painted profile.

Now you can paint. According to the instructions, she shook the can for a couple of minutes and applied the first layer from a distance of 30 cm. It turned out to be nothing complicated, even some kind of cheerful enthusiasm appeared at work.

The recommended drying time between layers is 10-15 min. — enough to drink tea. In general, while working, I remembered my favorite Sherlock Holmes. He had affairs “on one tube”, that is, quite simple. So I have a simple case, for a couple of cups of tea. The second cup was after applying the second layer. To be safe, I also applied a third layer.

Of course, the width of the tape was not enough to completely protect the gate canvas from paint spraying, and in some places I stained the gate canvases.

I was very pleased with the quality of the coating. Especially in hard—to-reach places. If I used a brush, I would have to come up with something to color the sections of the profile inside. And then I just turned the can in the right direction — and that’s it. Plus, there is also the fact that when using this paint, you do not need to pre-prime the surface. The paint consumption is very gentle: only 1 can of paint was used for each coating layer. That is, in the end I used 3 cans.

To be honest, I thought the event would last for four hours. And taking into account several layers, I was ready for the continuation of the epic the next day. As a result, starting in the afternoon, I managed to have dinner already. Even the sacred rule “don’t eat after six” didn’t have to be broken.

In general, the fact that the paint dries quickly played into my hands. The fact is that my site is extreme, and vehicles often drive past the gate. The weather turned out to be warm and dry, and therefore every passing car raised clouds of dust. It’s scary to imagine what my gates would turn into if I painted them with ordinary enamel, which dries for several hours.

The result of the work done pleased me. It turned out that there was nothing complicated. And I have revised my attitude to aerosol paints, so there are a lot of plans for next year.

How To Choose And Install Snow Holders On The Roof 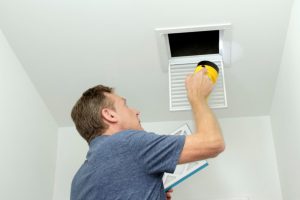 What Should Be The Ventilation In The House 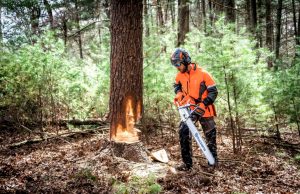 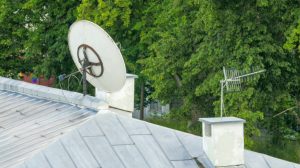 Television In The Country: Types Of Communication, Antennas, Amplifiers