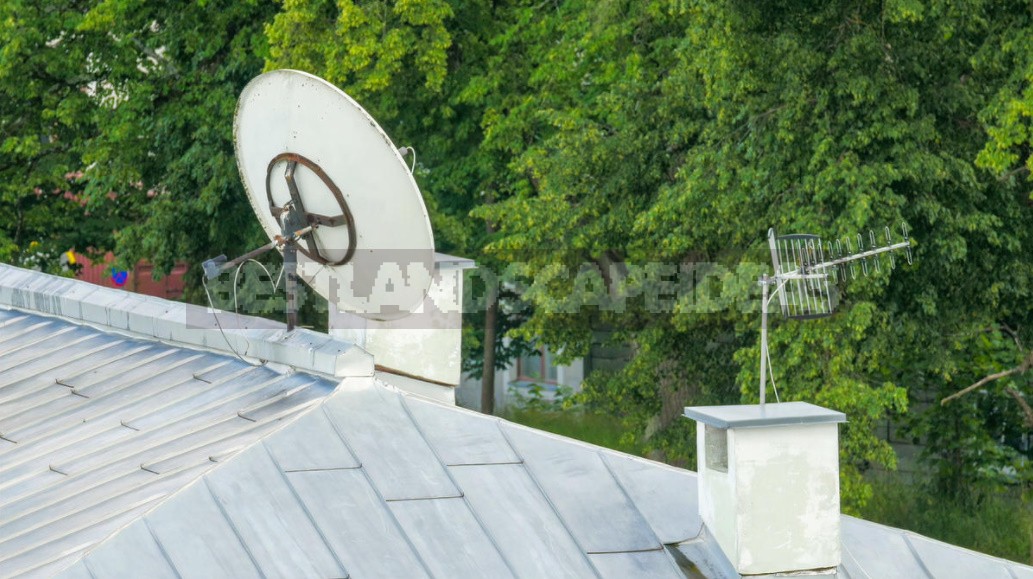 Those who have the opportunity to isolate themselves in the country, were much more lucky than the city “recluses”. However, the spring weather often presents surprises and gives us reasons to look for alternative activities and entertainment. Most people can no longer imagine life without the Internet, and someone is sure that the TV is more familiar, and more reliable. Let’s figure out what you need to know about television equipment so that it works without failures outside the city.

Of course, serious repairs of communication equipment should be provided to qualified craftsmen. But everyone can cope with the installation and significantly increase the efficiency and convenience of its operation.

Addiction to television is becoming an expensive pleasure. Large plasma panels consume four times more electricity than a regular TV. The situation is aggravated by peripheral equipment, especially when it is left in standby mode for a long time.

Despite the transition from analog to digital television, the TV must be connected to a suitable antenna to receive signals. The exceptions are cable TV, IPTV and Smart TV.

The best reception is provided by antennas installed on the roof or a high mast. The outdoor antenna can be placed in the attic, but the reception quality may decrease. 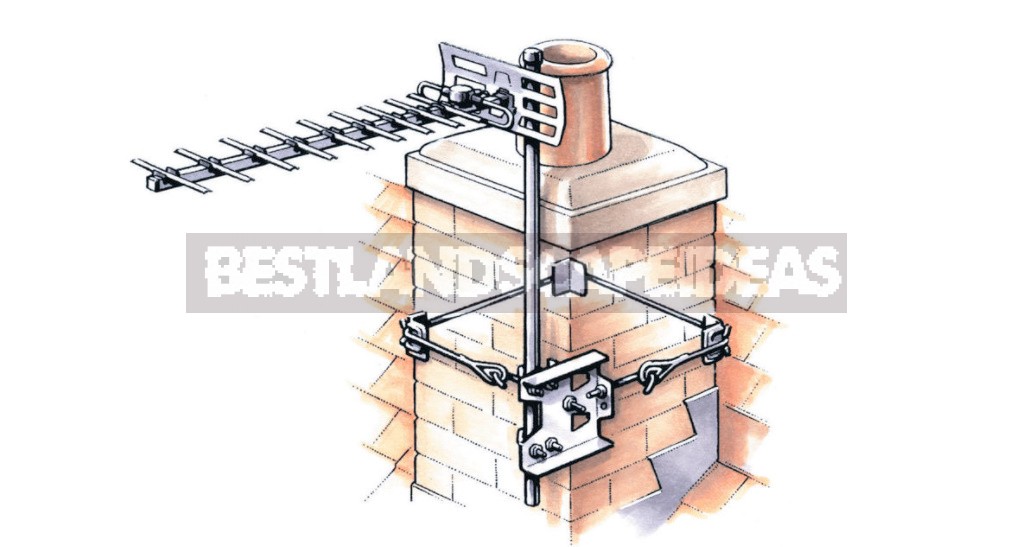 An antenna of this type has several transverse elements, and, as a rule, the more such crossbars, the better the reception.

If you live in an area with a weak TV signal, it is better to use a gain antenna with a large number of transverse elements. 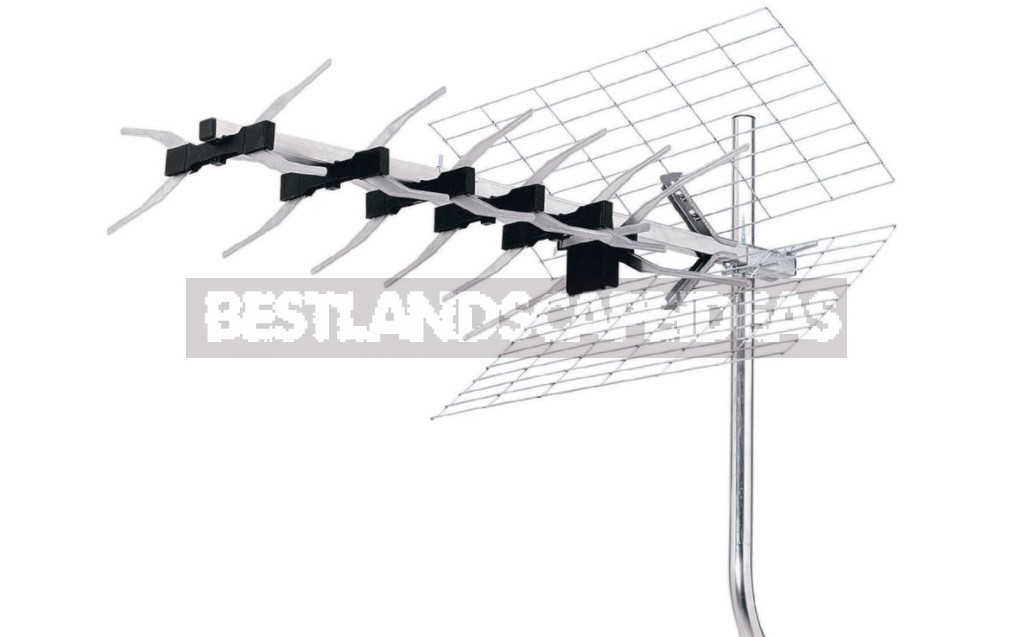 When the antenna is oriented to the main transmitter, it must be installed so that its elements are parallel to the ground. If it receives a repeater signal, then its elements must be located vertically.

If it is not possible to connect an outdoor antenna, then a high-quality indoor antenna can solve the problem. 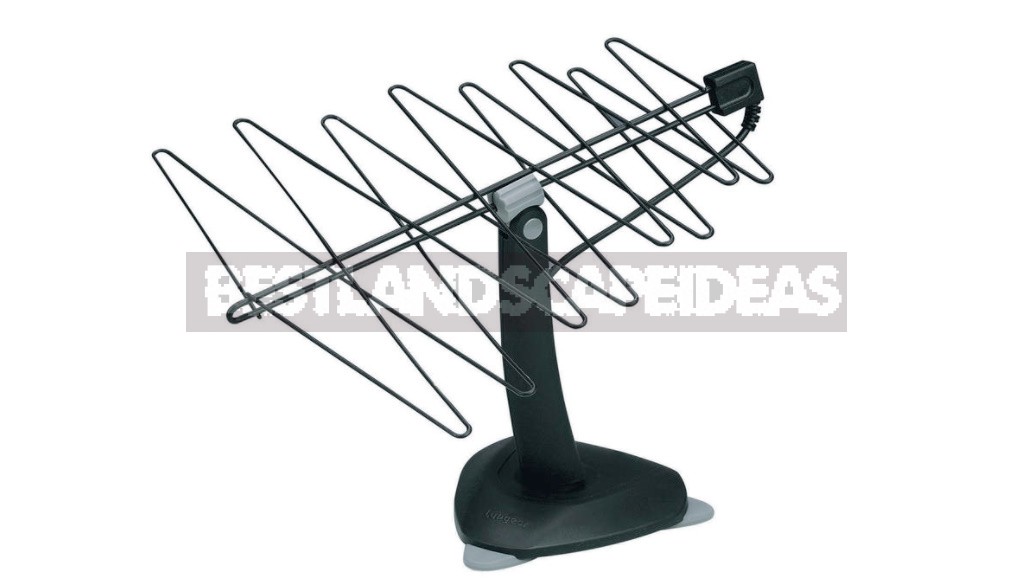 The conversion of television images and sound into digital form allows you to transmit a much larger amount of information than in analog format. As a result, the following are provided:

Since most of the terrestrial television broadcasting is conducted on the same frequencies as analog television, many will be able to continue using their outdoor antennas. However, it is possible that the antenna will have to be reconfigured, and in some regions a new broadband antenna of the decimeter range may be required.

Regardless of the antenna used, it is necessary to install a decoder or purchase a digital TV with a built-in decoder to receive a digital signal.

Digital radio broadcasting converts sound into digital form. Advantages — almost studio sound and no interference. A digital radio receiver is required for reception. If you need a separate antenna, then usually recommend a meter (VHF) band antenna (VHF antenna), which operates in the 211.3—230 MHz band. However, before spending a lot of money on equipment, ask your neighbors in the district about the quality of reception — with digital radio broadcasting, reception is either completely without interference, or there is no interference at all.

Satellite broadcasting companies transmit low-power signals to a satellite in geostationary orbit. The satellite amplifies the signal, converts its frequency and transmits it back to Earth. The signal strength is affected by weather conditions. To receive a satellite signal, a “dish” is needed — a parabolic antenna. 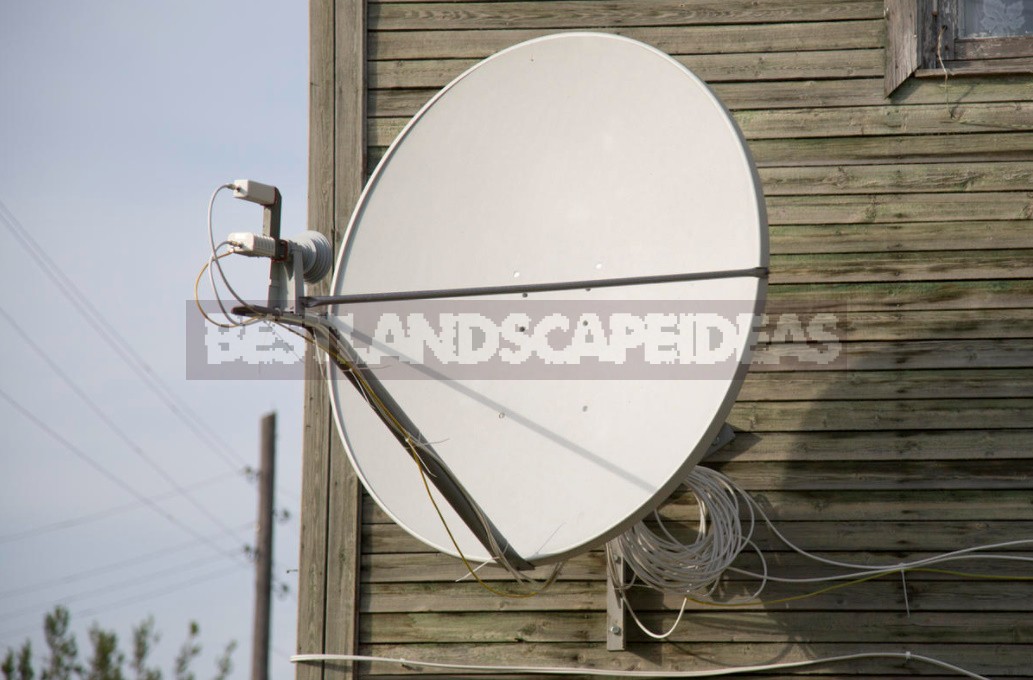 As a rule, the weaker the signal, the larger the diameter of the antenna required. Large “dishes” with a relatively narrow radiation pattern concentrate the signal and reduce interference, but require a more accurate orientation. The antenna converter located in front of the “dish” lowers the frequency of the signal and directs it via a coaxial cable to a satellite receiver that converts the signal into a format that can be played on the TV screen.

A company broadcasting in digital format can transmit literally hundreds of channels both by subscription and in the time-based payment mode. To receive digital satellite broadcasting, you need a decoding set-top box or a TV receiver with a built-in decoder, and you will probably have to put a smaller parabolic antenna.

Installing a “dish” is a simple task for a home master, but the antenna will require precise adjustment in the direction to obtain the maximum signal. In practice, it is probably better to use the services of a broadcasting company that can offer a free antenna installation as part of the package of services you have purchased. 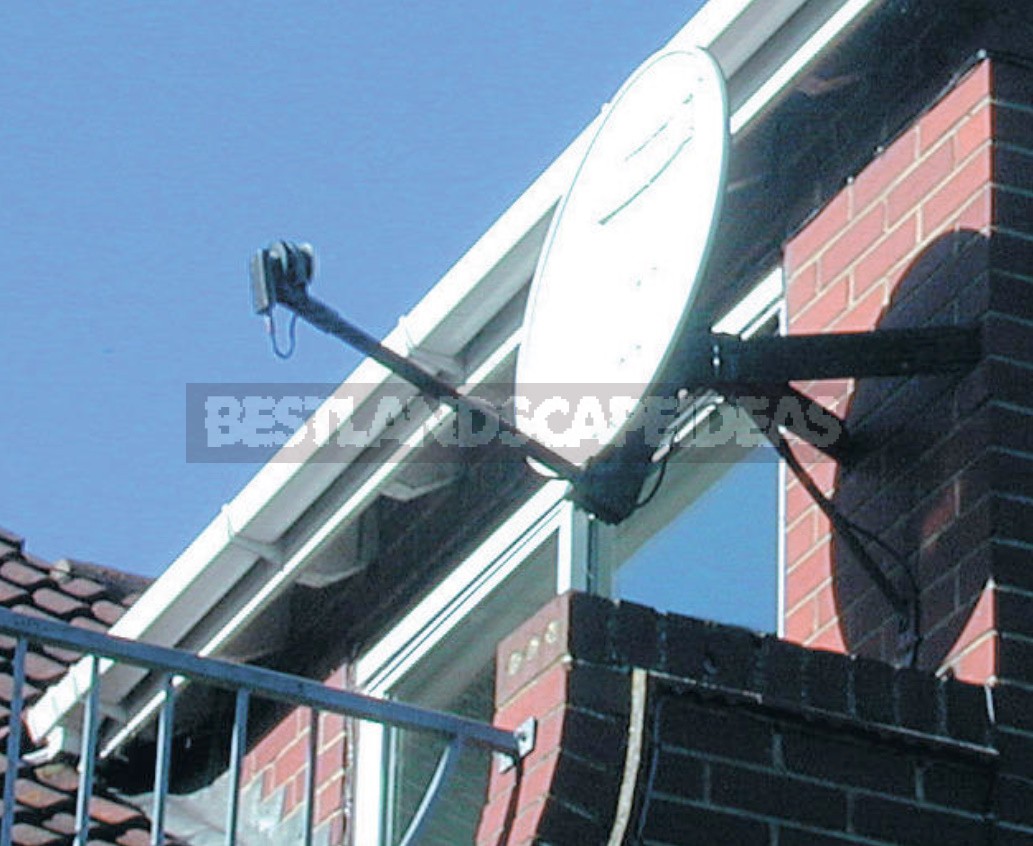 A television signal transmitted via an underground cable is not so sensitive to interference from conventional satellite transmission. To receive it, an additional or built-in decoder is required.

Other types of communication

Cable TV broadcasting companies can also provide customers with a broadband channel for connecting a computer to the Internet and an independent fixed telephone point. Their installation is beyond the competence of the home master, and the cable channel provider will provide all the necessary connections and settings himself.

In areas where the TV or FM radio signal is weak, the antenna signal amplifier will significantly improve reception. With an appropriate amplifier, the signal can be transmitted to several receivers without loss of quality. 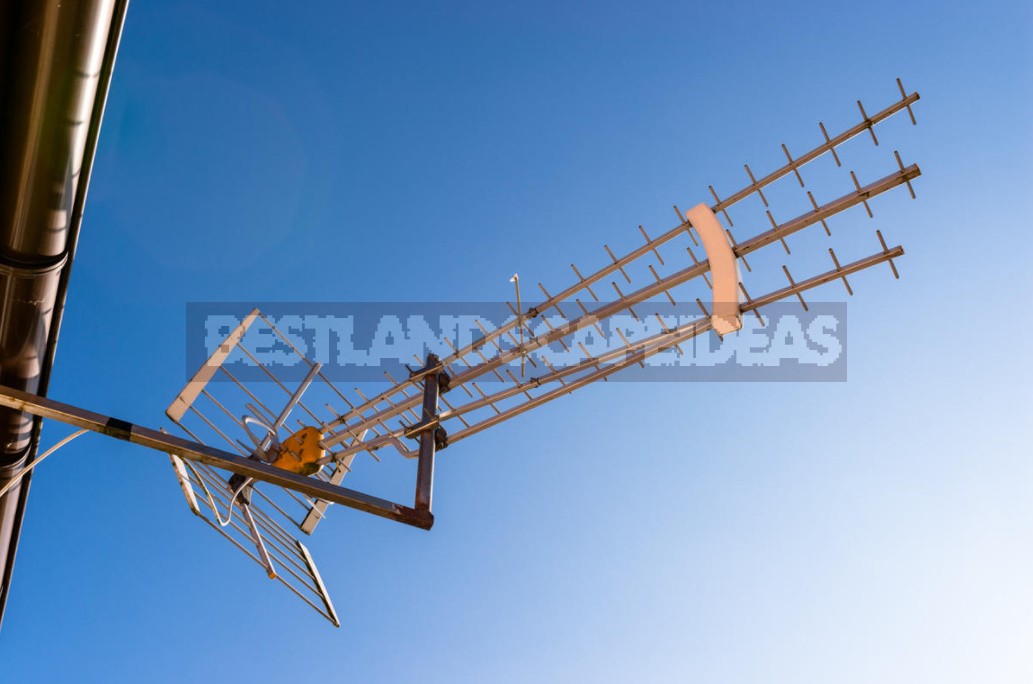 Where the signal is particularly weak, it makes sense to install an outdoor antenna with an increased gain together with a mast antenna amplifier. It is mounted outside and is powered by a special power supply that is inserted into an outlet in the room. If you ask the company to install a diplexer (frequency isolation unit) together with the amplifier, you will be able to receive and distribute signals from a television and radio antenna.

The photo on the left shows the device of a mast antenna amplifier: 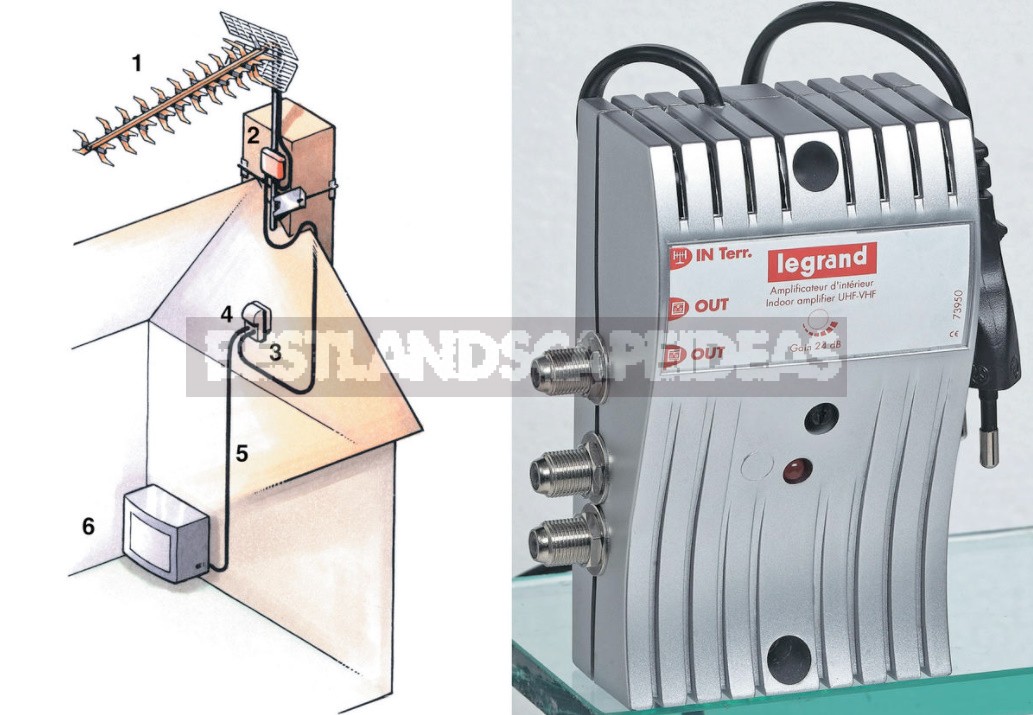 To maximize the signal, the antenna amplifier should be placed as close to the antenna as possible — but from the point of view of convenience, it is difficult to beat an amplifier that simply plugs into an outlet next to the TV. By connecting the cable from the antenna to such an amplifier, you can connect as many receivers as it is designed for. 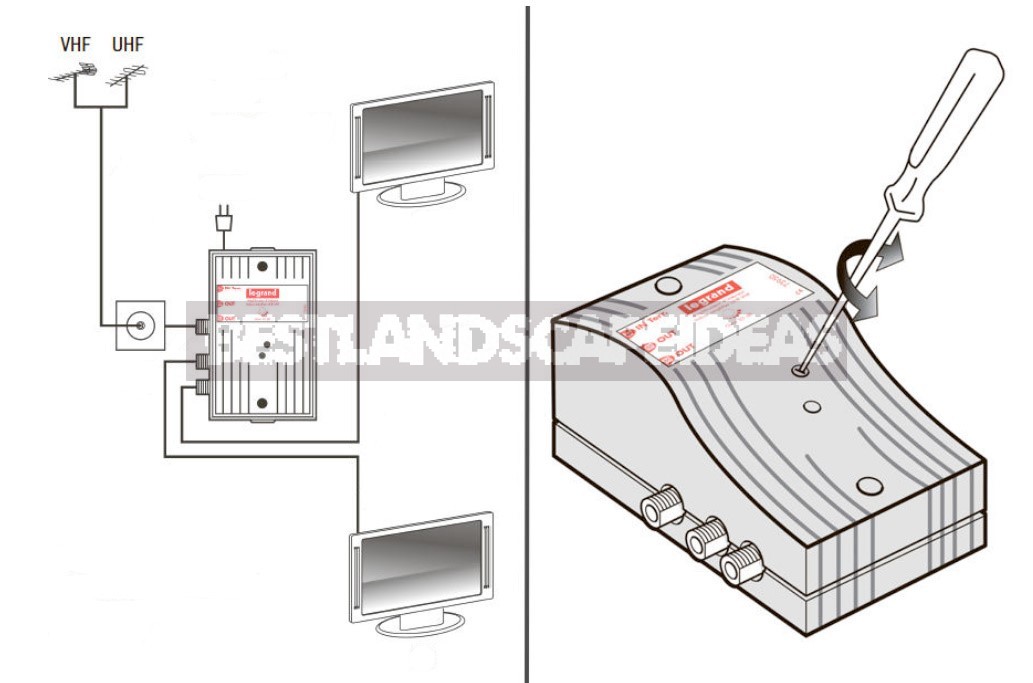 Socket antenna signal amplifiers are usually equipped with a plug at the end of a short cord. This type of amplifier can be placed on a shelf next to the TV or audio system, or mounted on the wall. Some of these devices have a constant gain, others are equipped with a regulator that allows you to increase or decrease the gain. Indoor TV antennas can be equipped with a built-in antenna amplifier. 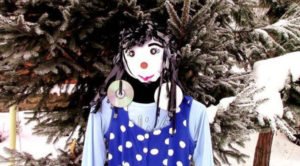 Protect Your Garden, or How to Make a Scarecrow 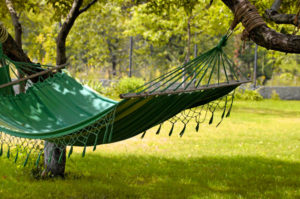 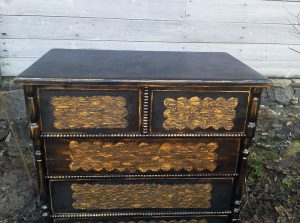 Watering Can — a Collector’s Dream