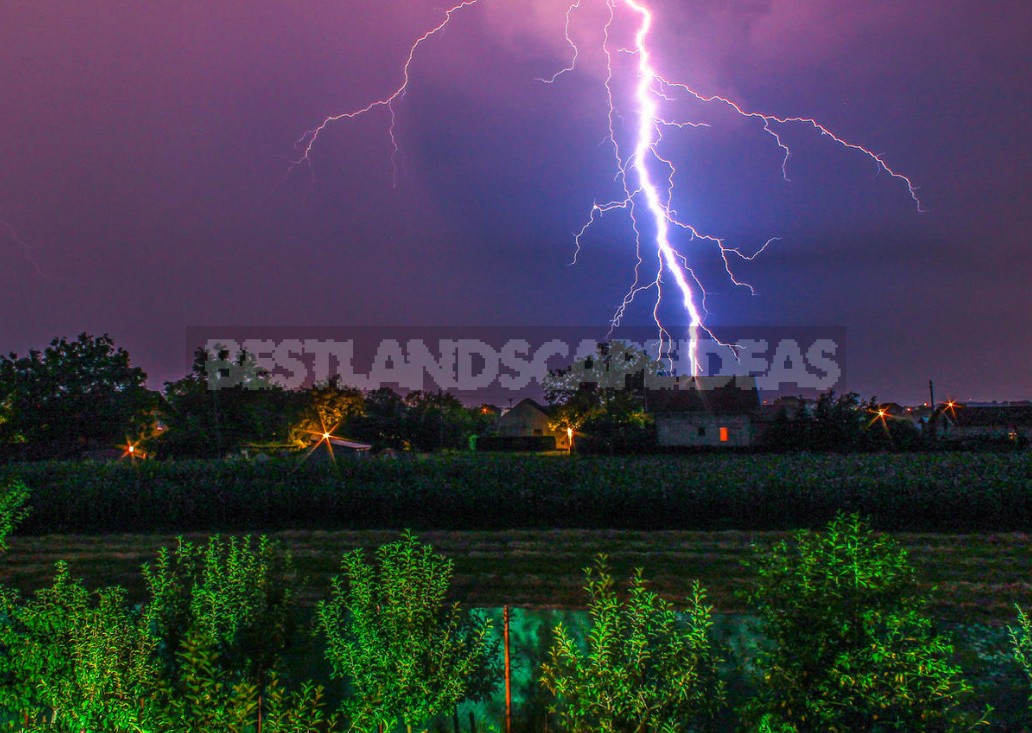 A lightning rod is a device designed to protect you and your property from being struck by lightning. Today, there are companies that install lightning rods on country houses for relatively little money. However, you can make such a device yourself. How exactly – read in our article.

Where does lightning strike?

It is believed that lightning strikes in places where there are deposits of metal or an underground source of water. This can partly explain the fact that some cottages during thunderstorms “constantly lightning”, while others are calm.

It is also known that the “arrows of Zeus” strike the tallest building, a tree standing in the middle of a field, as well as metal structures. The latter circumstance serves as an “antidote” to lightning-lightning rods are made of metal.

The lightning conductor consists of three parts: a lightning receiver, a current conductor, and a ground conductor.

Metal pin
The best material for making a lightning receiver is considered to be copper, but they are often made of steel. To prevent the rod from burning out in contact with lightning, it is necessary to select its cross section correctly. For copper products it is 35 mm² (Ø about 7 mm), for steel-70 mm² (Ø 9.5 mm). It is recommended to use rods from 0.5 to 2 m in length.

READ  Some of the Misconceptions of Wanting to Be Well, I am Afraid of Quicksand 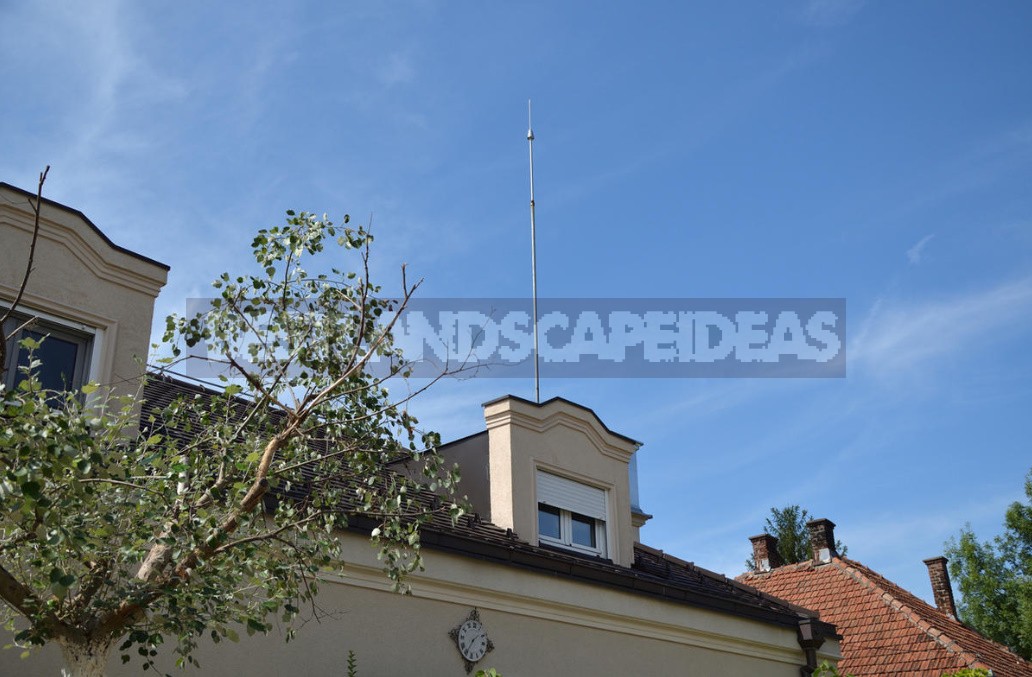 Cable lightning protection
It is considered a more effective solution, since this design is able to protect a large area. A cable with a cross section of at least 35 mm² is stretched between two posts fixed on the roof ridge. Fix it with bolt clips. If the cable is very long and slack, an additional stand is installed in the middle. 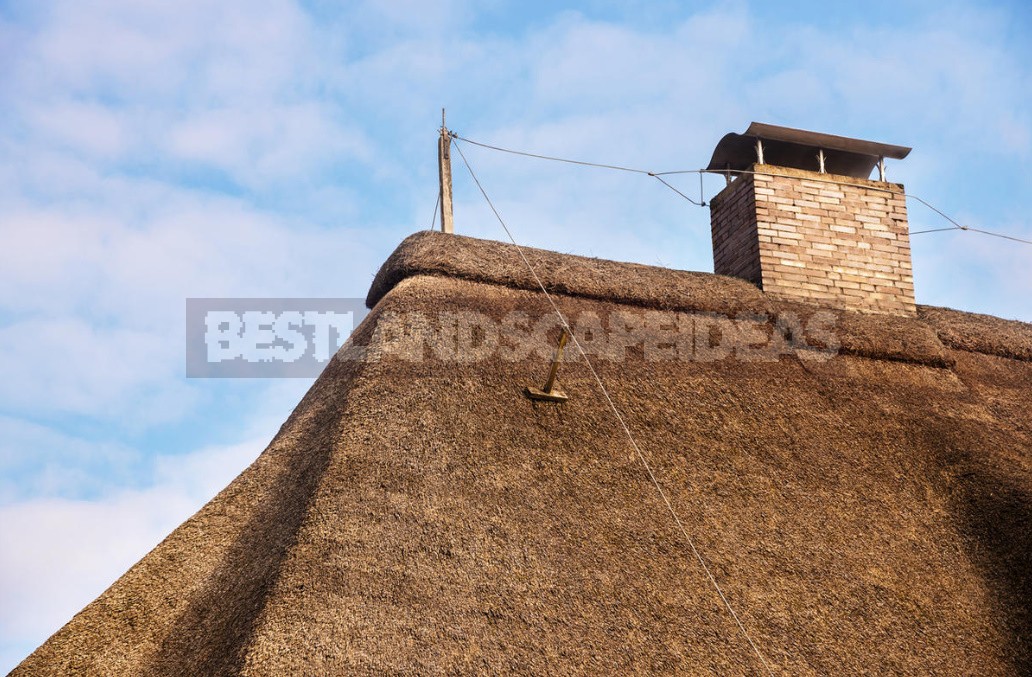 After the lightning receiver is installed, regardless of its type, it is necessary to organize a current collector.

The task of Lead is to divert lightning to the ground device. It is a copper, aluminum or galvanized steel wire with a diameter of 6-8 mm. Bolt clips, cable ties, and metal terminals are used to connect to the lightning receiver. And for the connection to the ground, welding or soldering with solid solder should be used. 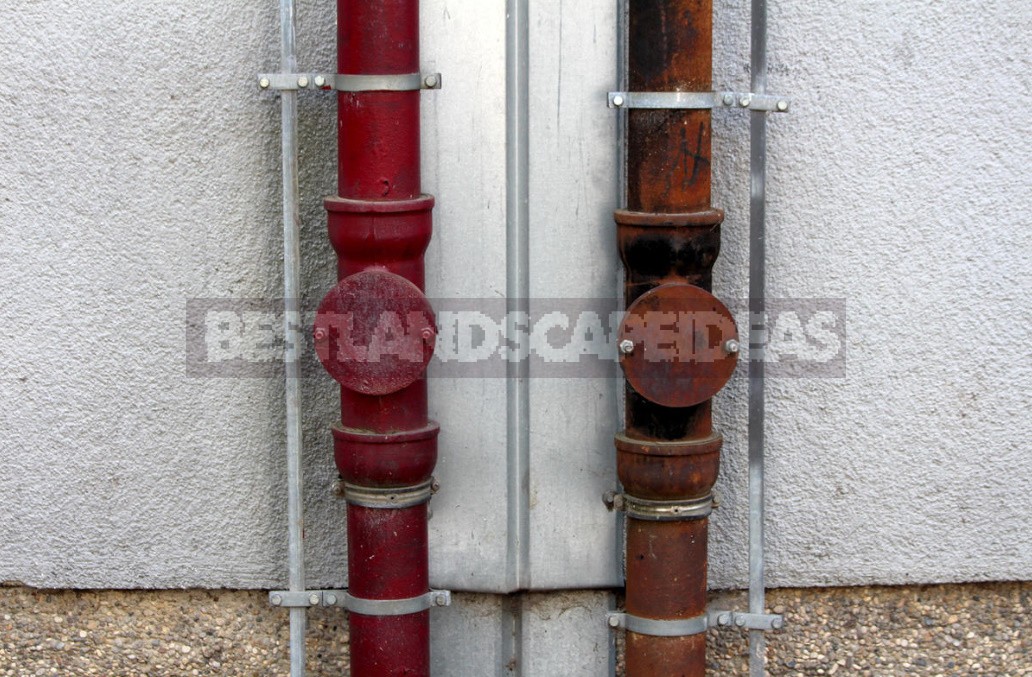 The Lead is fixed through each meter with a special plastic or metal holder. Lead bends should be smooth, and their number during laying should be kept to a minimum. 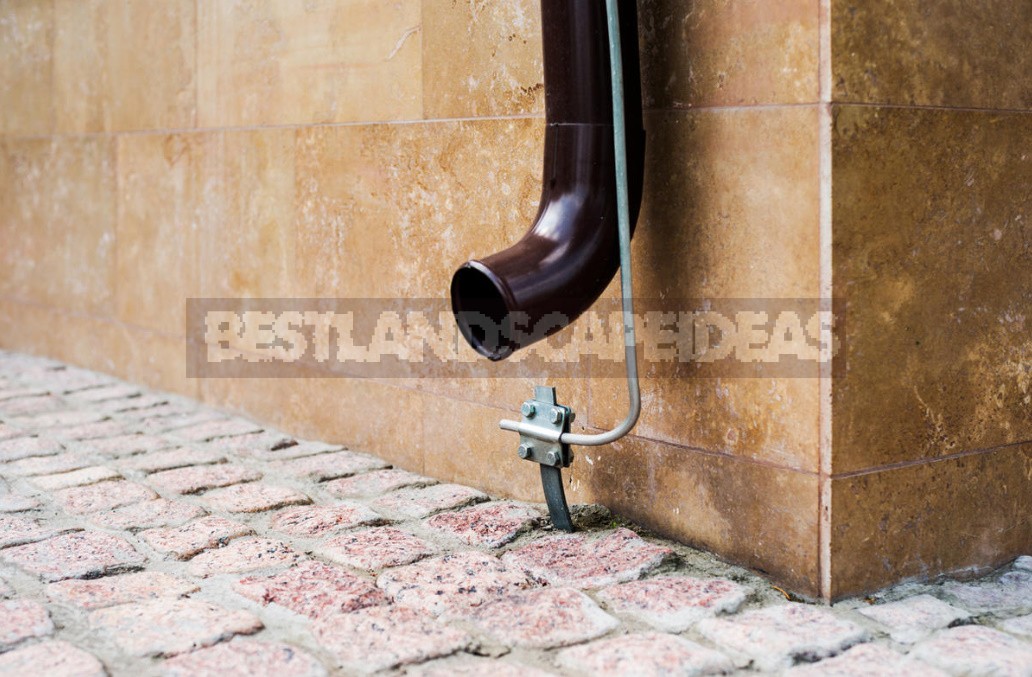 Arrange the earthing device in places remote from the porch and pedestrian paths. Usually choose a place near the fence.

Earthing devices are also different. For outbuildings, most often the simplest earthing device is made: steel non-relief reinforcement is driven into the ground to a depth of 0.8-1 m at some distance from the house. To protect homes, a triangle or linear ground loop is usually used.

When using the linear method, a trench is torn out and a frame made of a steel strip 40 mm wide and 4 mm thick is installed in it. The triangular frame is made of steel corners 40×40 mm and 5 mm thick. It is also buried in the ground, but the trench under it is made triangular. Some masters advise to fill in the trenches with mineral salts to increase the electrical conductivity of the earthing device. However, you should be careful with this method, since salt can damage the roots of plants.

It remains to wish that your house was never hit by lightning – and how to make a lightning rod, you already know.

How to Use Old Things in the Interior of the Cottage
Pond in the Garden: Typical Mistakes of Amateurs (Part 1)
How to Save Geranium and Fuchsia in Winter
Cucumber Season: We Sow Early-Matured Hybrids Of The Bouquet Type For Seedlings