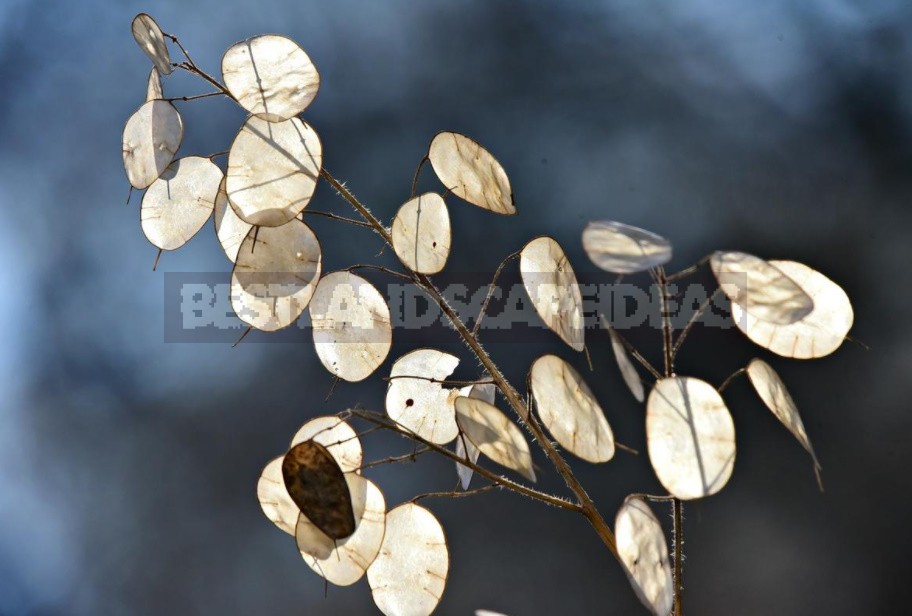 “…and here it is, a mighty tree with a thick trunk,
high, straight, with spreading branches, with many
leaves. And each sheet is a twenty-dollar bill.”
Clifford Simak. Money tree

How many different plants appear under the name of money – from indoor Crassula portulacea to souvenir-with coins on a wire. But they are the same expenses. Want to get rich? In this case, you can not do without the Lunaria.

Here, for example, is one of the tips: “Glittering mother-of-pearl, mysteriously shimmering in the dim light, the partitions of the fruit of this plant look like silver coins — that is why its fruits have long been used to attract money. A bouquet of Lunaria is best placed in the South-East of the apartment, and a few “money” would be nice to put in your wallet.

You can perform a real magic rite. Prepare a Lunaria and a green decorative candle. On the last day of the new moon, put a “petal” of Lunaria on a wide candlestick, put a candle on it, light it and let it burn down to the end.” And if someone does not believe in such things-let them bring a bunch of Lunaria to the market, and the income is provided. 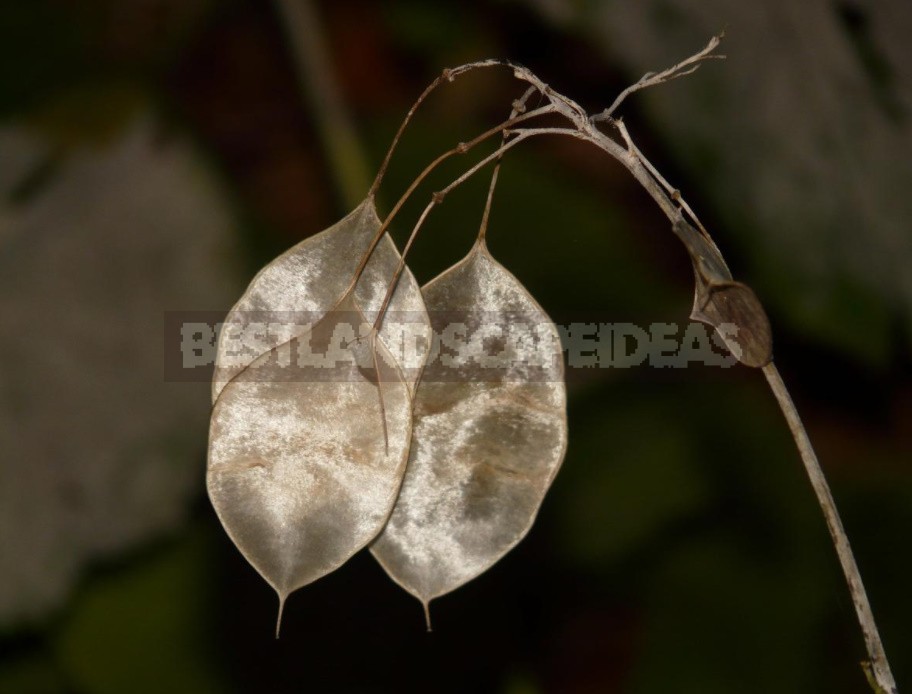 There are only two species in the genus Lunaria that differ well.

Originally from the South-Eastern regions of Western Europe. It has been cultivated since the XVI century and is able to give self-seeding in suitable places: shady gardens and parks with sparse grass. We have it growing as a biennial, forming the first year a rosette of large rough leaves broadly ovate shape. The flower-bearing stem rises in the second year to a height of 60 cm. It branches in the upper half, and numerous branching at right angles to the side branches bear paniculate inflorescences of crimson flowers-crosses, characteristic of the family Brassicaceae. 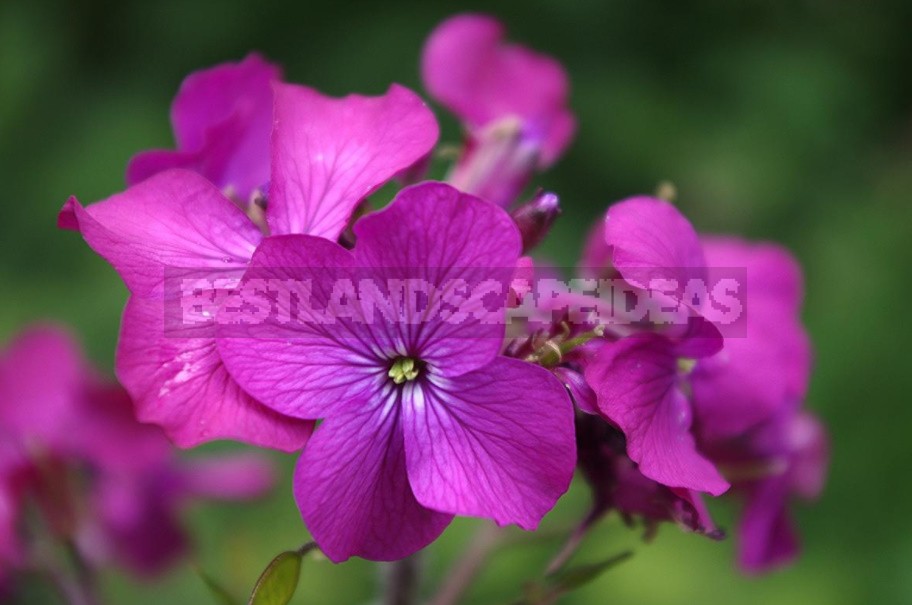 Flowering lasts from may to June, and then the fruits begin to develop — the pride of all Lunaria. In scientific terms, they are called pods (a fruit with two leaves and a partition that is wider across itself). The Lunaria has typical fruits for this family, but they stand out among all the pods in size and texture.

Lunaria annual is endowed with perfectly round fruits up to 3 cm in diameter, the partition of which glistens and shimmers so that it causes only two clear associations: the moon and money. Spellbound viewers do not immediately notice the main thing in the fruit — flat dark seeds, also in the shape of the moon, only flawed. 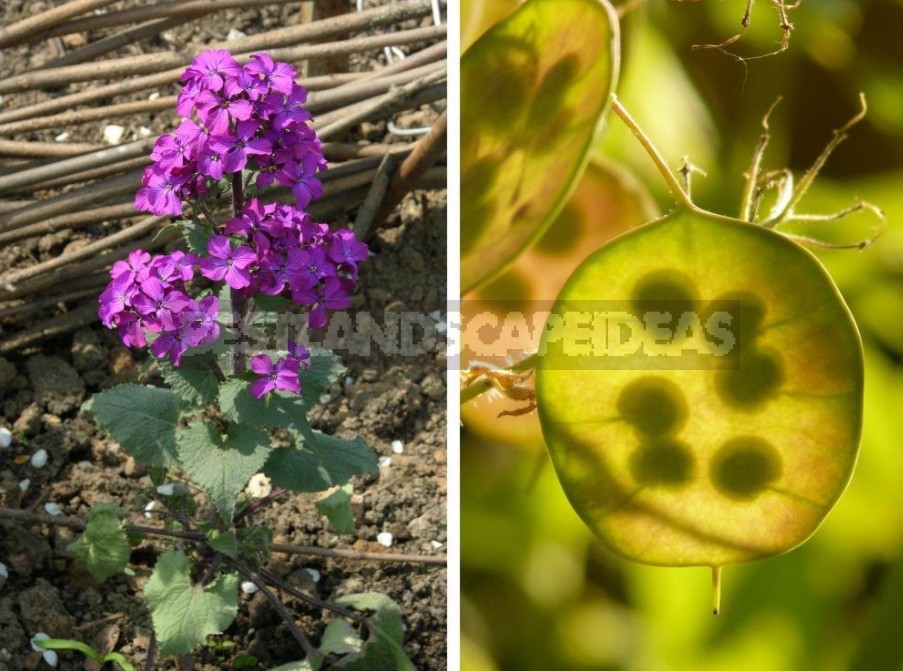 But a plant that has not reached the finish line can also be quite decorative and worthy of a place in the flower garden. In particular, varieties: ‘Purple’ — with rich purple flowers, ‘Alba’ — with white, ‘Variegata’ – with pale flowers and white-edged leaves. There is also a double white: white flowers and a white border (‘Alba Variegata’).

Perennials may not be very durable. It has a thick compact rhizome that produces several vegetating and flowering stems about 1 m tall. Branching reviving is not as frequent and sharp as that of an annual, the side branches depart at an acute angle. The leaves are almost the same, and the crosses of the flowers are paler, lost in the greenery. 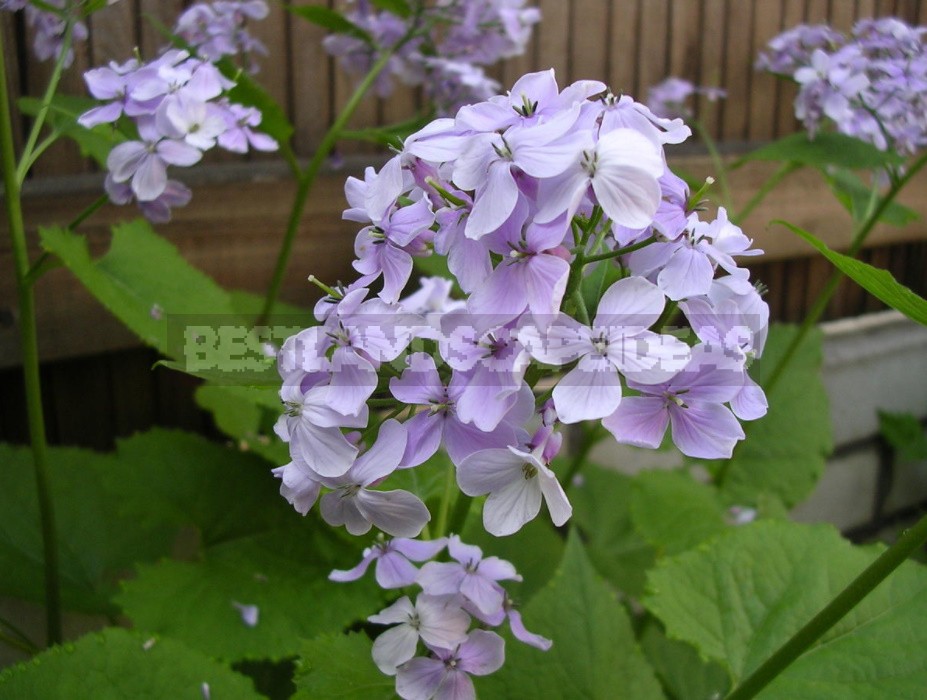 The pods resemble the moon only by the brilliance of the partition-their shape is oval, the ends are pointed. The dried stems of this species look like branches of a tree with silvery leaves. 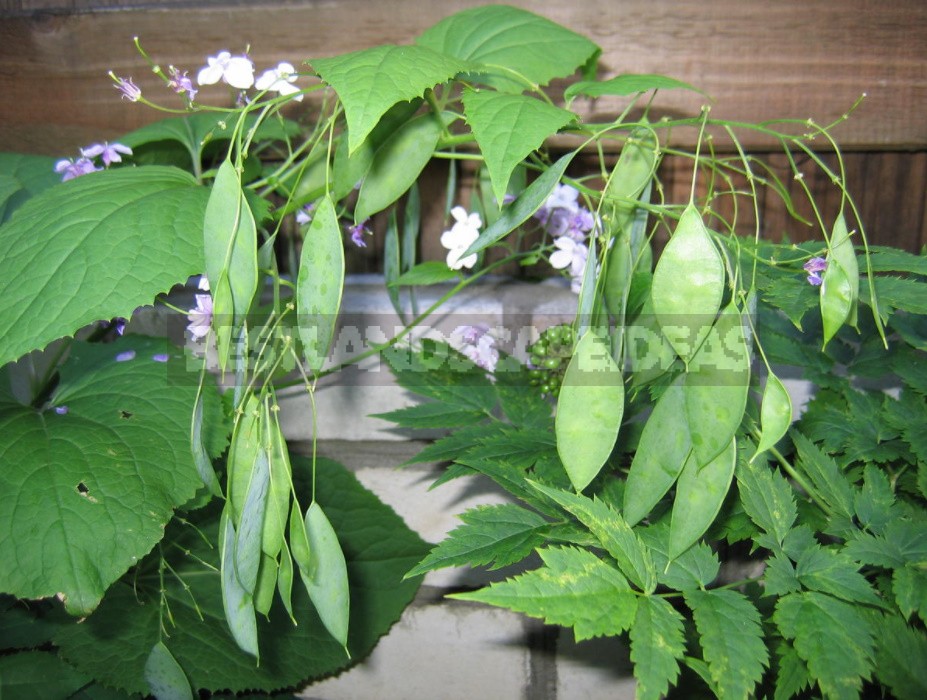 In nature, it lives in broad-leaved and mixed forests of Europe. Favorite habitat – shady banks of streams and ravines with deposits of fertile soil and often with limestone outcrops.

Although Lunaria animate is considered a relict plant, typical representative of the forests of the tertiary period (i.e. it lived here before the glaciation) and has the status of a rare species, its small but thriving populations can be found in many forest areas of the middle zone. They are partly the work of human hands, as evidenced by their Association with monasteries and Holy springs. 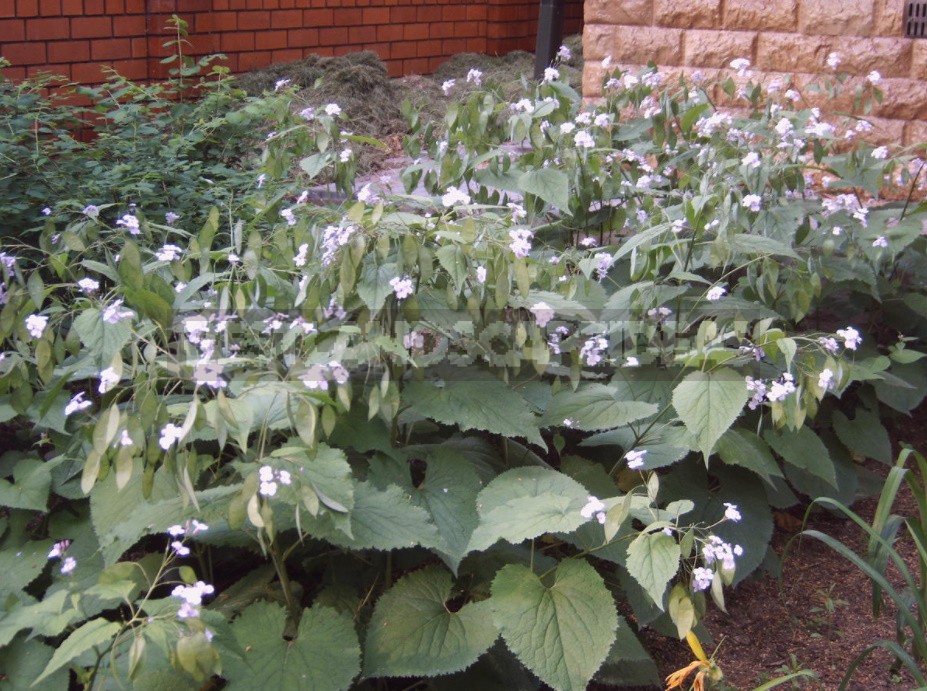 Information about the role of Lunaria in spiritual Affairs is very vague: it seems to ward off evil spirits. But who and when sowed it around the monasteries is unknown. It can be assumed that it was distributed by pilgrims who took the seeds of this unusual plant in some of the Holy places.

Varieties are not listed for it, although the flowers are of different shades, and even completely white. Once I saw a strange shape with tricolored leaves in the spring, which then became white-mottled. We couldn’t find out what it was or where it came from, or maybe it was caused by a virus. 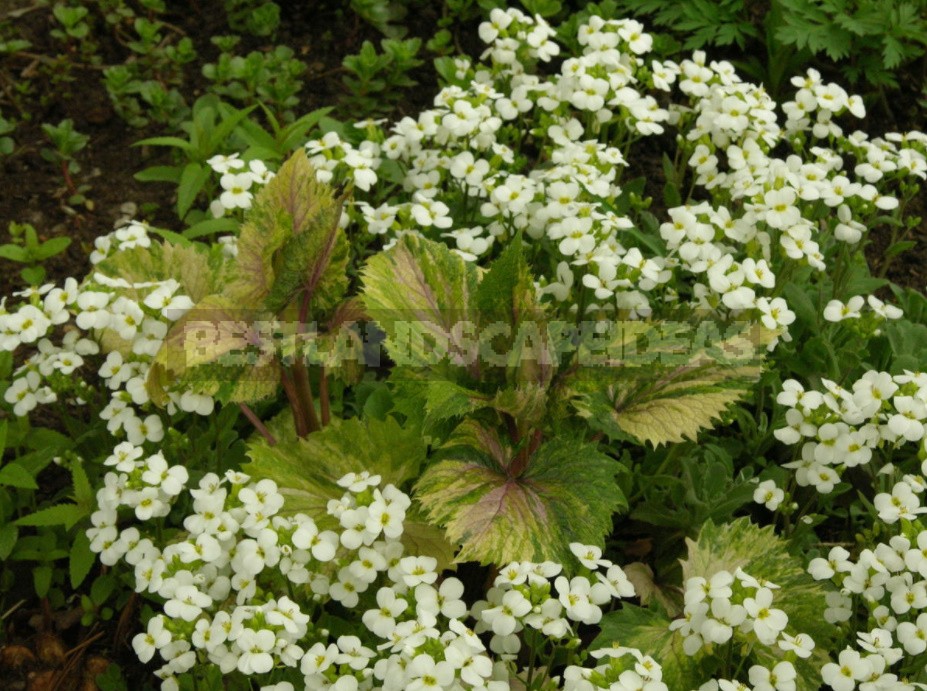 Cultivation and propagation of Lunaria

Lunaria like light soil with an admixture of sand, and to” money ” originated more, it must also be fertile. It is desirable that the plants do not fall into the sun: here their large soft leaves easily lose moisture, and the fruits develop worse. The blind shadow is also not shown to them. Very approve of watering.

READ  How To Plant And Care For Marigolds

It is easiest to breed Lunaria with seeds that are sown during the winter. Seedlings of an annual Lunaria will bloom in a year, and reviving – on the third or fourth after sowing.

Oregano: Delicate and Fragrant Mountain Joy
How to Propagate Primula by Dividing the Bush
Varieties of Thuja Occidentalis: a Variety of Shapes and Sizes. Photo and Description.
Everything You Wanted To Know About Hydrangea Paniculata: Answers To Current Questions (Part 1)