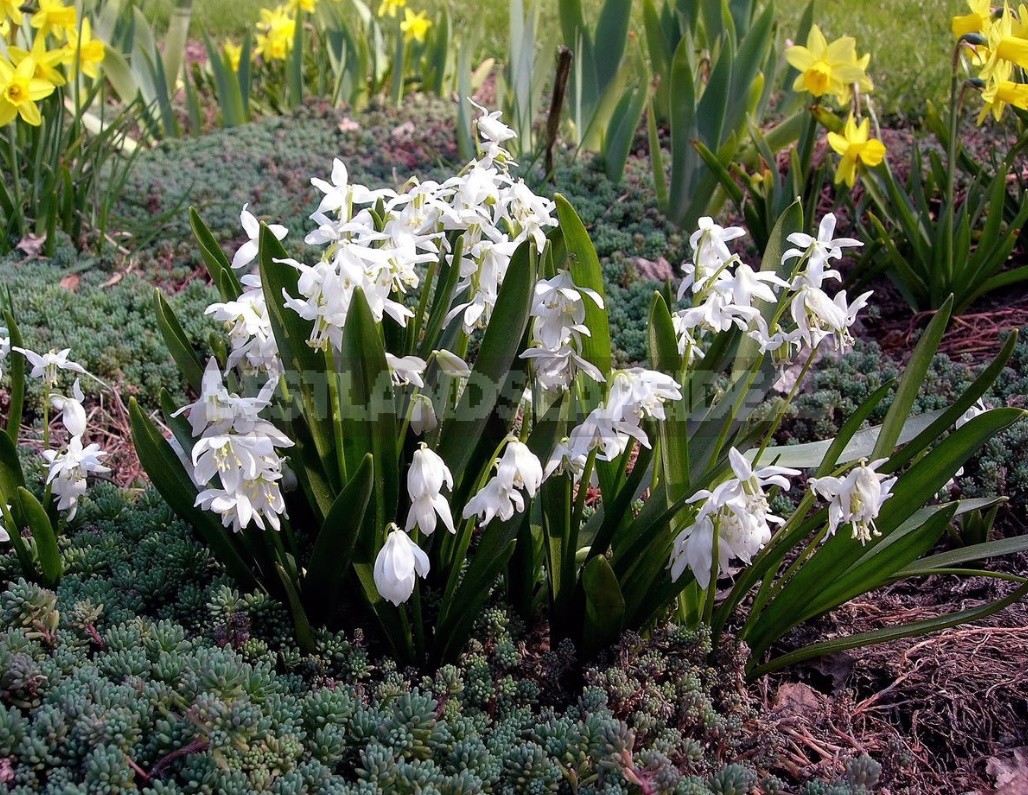 It happened that I was very interested in various Small Bulbous plants. Partly because one day in the middle of February, when the blizzards were still raging and the frosts were already getting too much, I went to Holland and then to Italy, where these beautiful plants are very common and already in full bloom, heralding the imminent arrival of really warm spring weather. But mostly because I quickly became convinced that these primroses are also quite comfortable with us.

And more importantly, they seem to psychologically and visually very noticeably accelerate the arrival of spring and, no less important, lengthen the period of enjoyment of spring — flowering plants. After all, in places there are still real snowdrifts, and on some hills and well-warmed by the sun places are already “fluttering” elegant snow-white bells of snowdrops, almost from under the snow appear bright buds of low-growing netted irises. And this is not all the advantages of spring-flowering Small Bulbous plants! 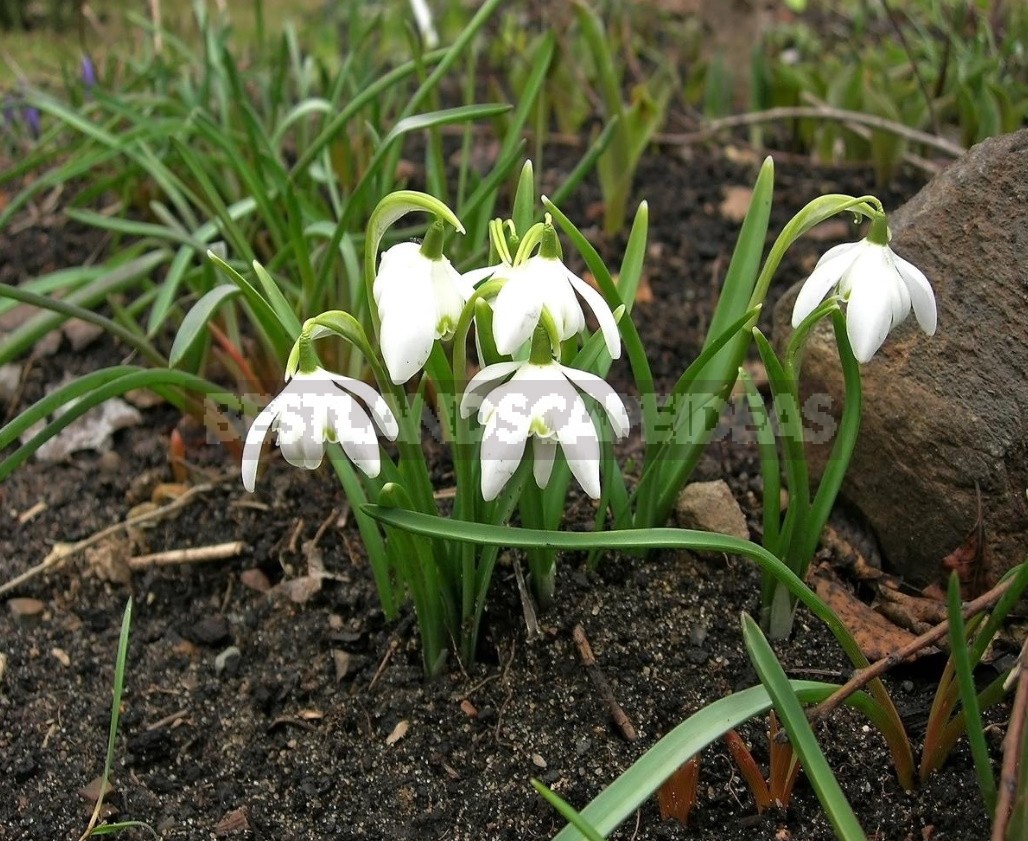 About crocuses and more

About a week later, when the spring streams have almost rung and the higher sections of the lawn and flower beds have dried up a little, the first crocuses open together when the first sun rays appear. 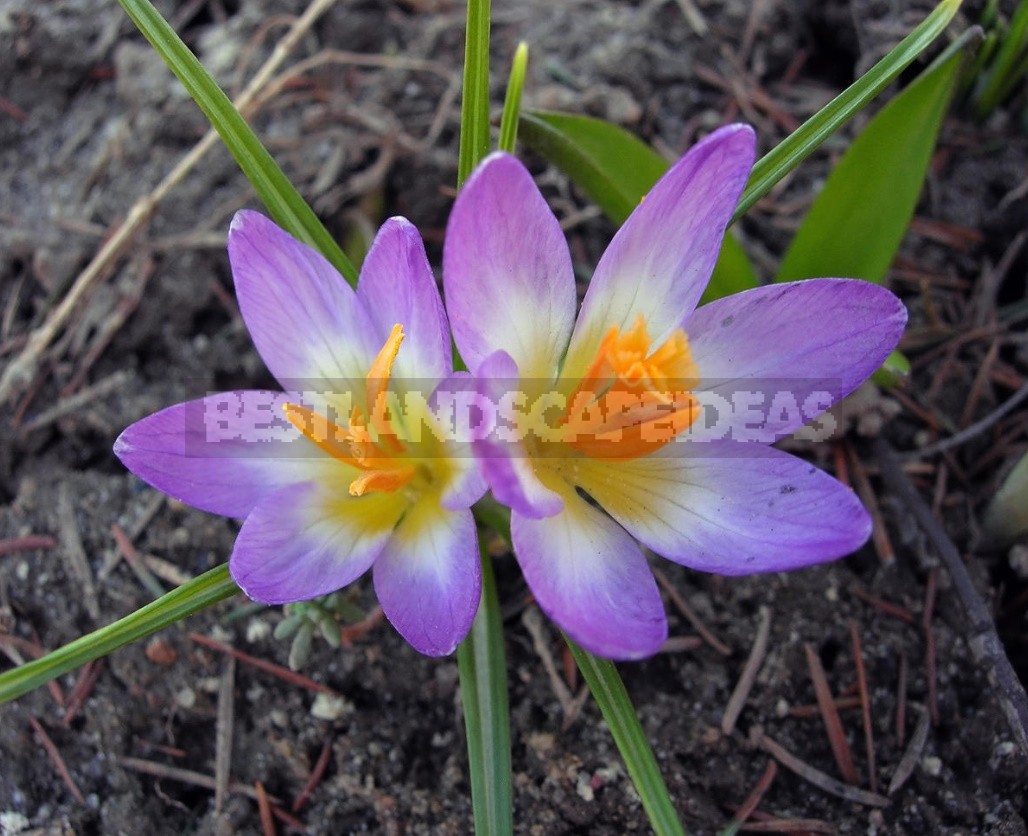 It would seem that these elegant flowers have long been repeatedly described in various horticultural publications and should be known to a wide range of Amateur gardeners. But this was not the case. Here are two typical examples.

I once planted the Crocus bulbs that I got on the occasion of no one needed at the beginning of December and therefore significantly discounted. For the same reason, I took a lot of them: it was just a pity — because they will die in the trading floor. I planted them right in the snow. That year there were no long-lasting frosts, and almost all of December there was an abnormal low-positive temperature. Snow sometimes fell, but it didn’t stay long.

READ  Rare Bulbous Plants of the Iris and Hyacinth Families 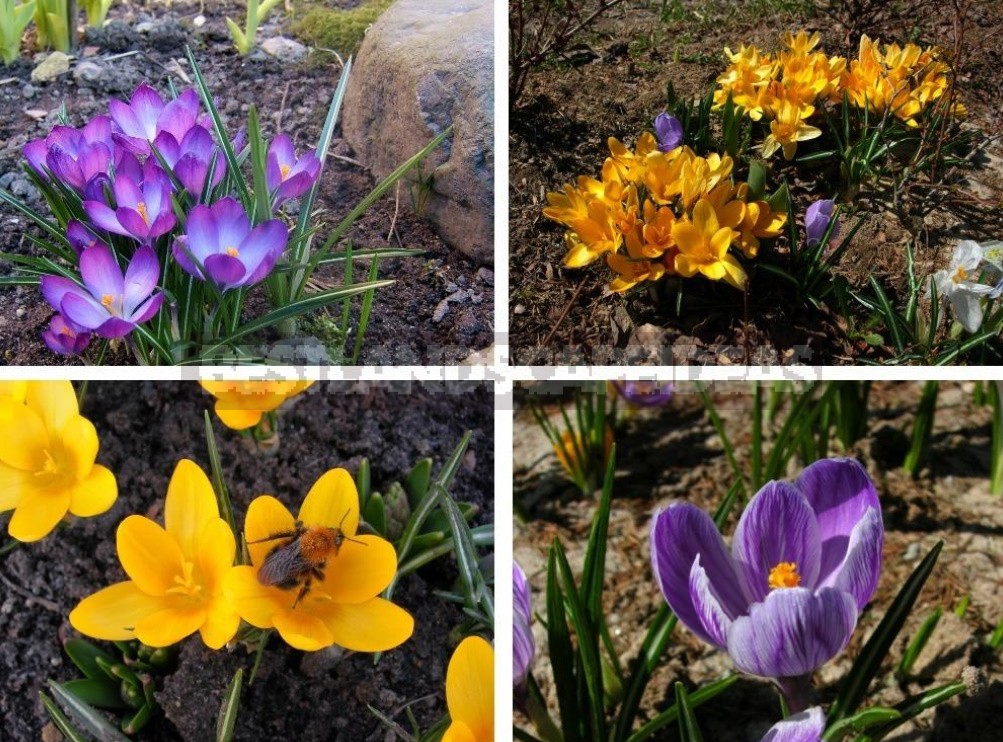 It was on one of these cold and uncomfortable weekends that I picked up a trench tool and decided to decorate a small area in front of the first-floor Windows with flowers. Many of the neighbors were very surprised, and some even wagged their index finger at the temple-they say, it’s snowing, New year and Christmas are coming, and he decided to take up gardening.

And you should have seen the same neighbors in April, when they genuinely admired a whole field of colorful crocuses, Scylla and other Small Bulbous plants, and the old ladies, smacking their lips, said: “What a beauty!” This exciting flowering that year lasted for about three to four weeks! 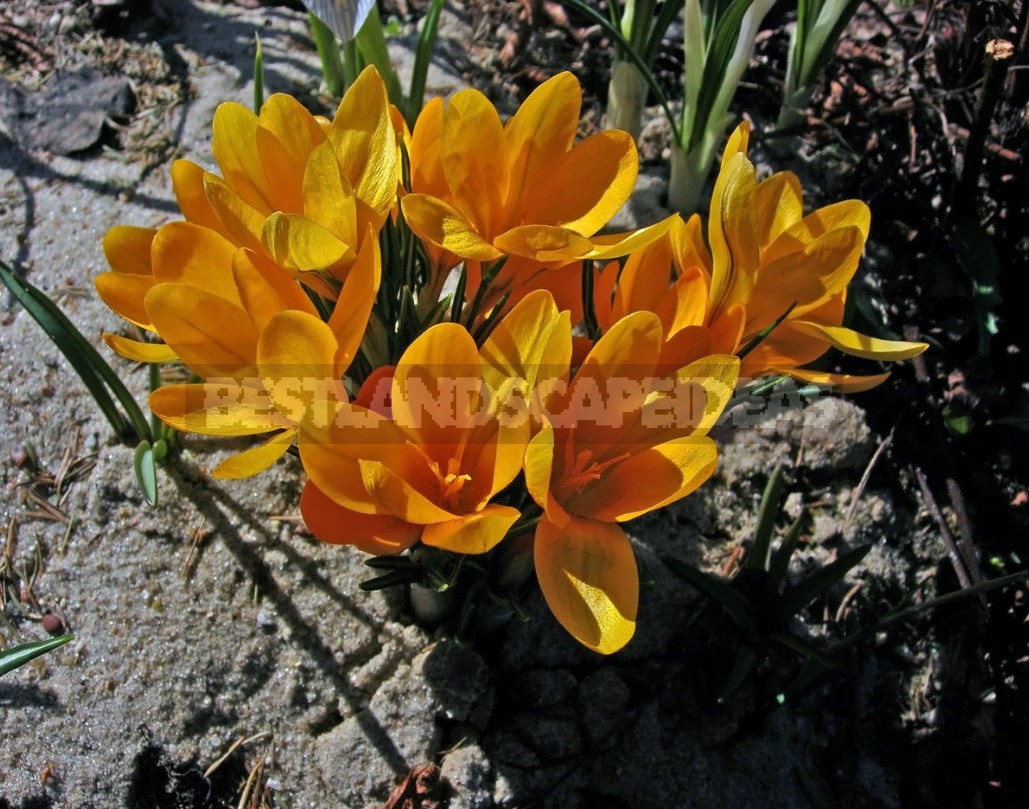 There is a kindergarten near our house. So in the morning, many passing mothers, grandmothers and teachers stopped and for a while admired these first spring city flowers, many even took photos on their mobile phones. But, unfortunately, almost no one could even approximately remember the correct names of these small elegant flowers. Hence, we make a very sad conclusion: crocuses and other Small Bulbous plants in the middle lane are not only unfairly little-spread, but also practically unknown to the ordinary citizen. 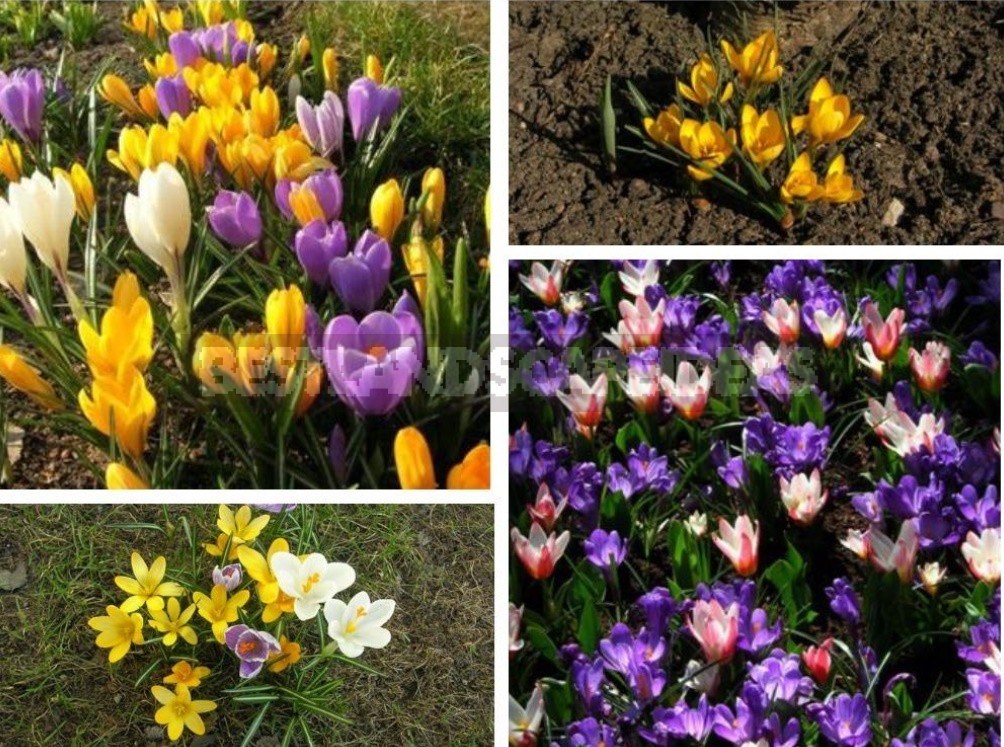 About the same admired and admired the beauty of crocuses and other Small Bulbous plants all my neighbors in the country. They were genuinely surprised that spring came to my site about a month earlier than they did, i.e. almost with the snow coming down. But the previous autumn, when I planted these flowers hard, they sceptically told me that nothing will work — they will get wet, freeze out, and there is no sense, we do not visit the dacha so early anyway. 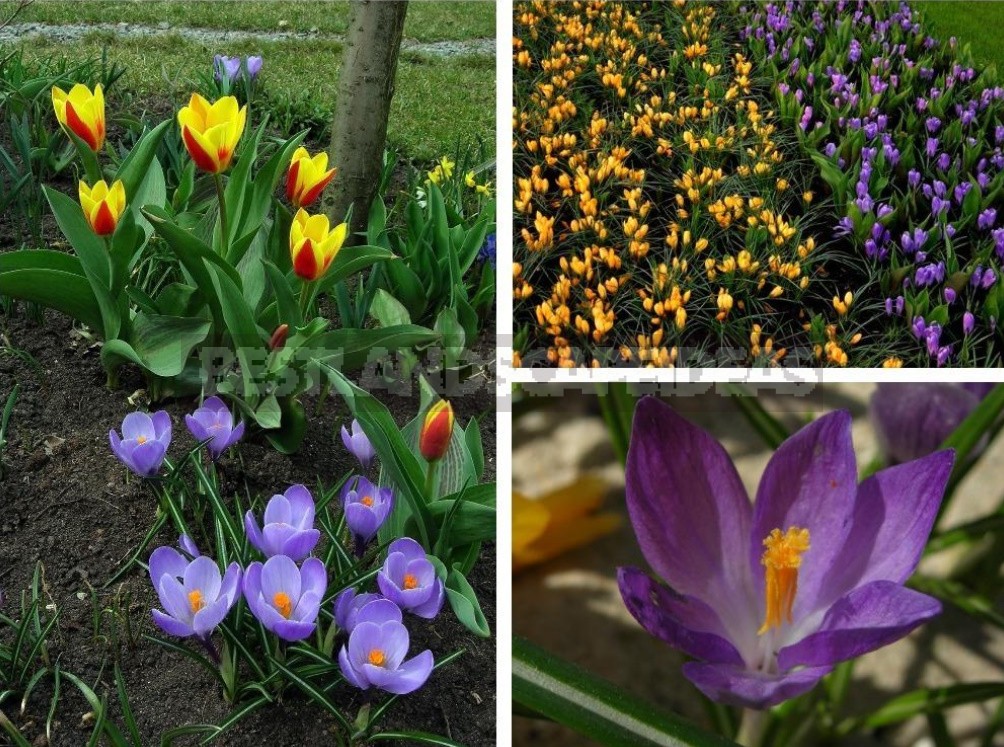 We are engaged in cleaning the site after a long winter, removing the remains of last year’s plants, opening roses and other decorative shrubs, perennials covered for the winter, processing and tying up various fruit trees and shrubs. Finally, just dig up the plot for planting greens, vegetables and annuals. All this takes us at least two or three paired weekends, but naturally at this time on the site almost nothing blooms! So why don’t we decorate our cottages in early spring with Small Bulbous plants?

As I have already said, not only crocuses, but almost all Small Bulbous plants are almost unknown to ordinary working people. That is, theoretically, someone has heard or seen something in glossy magazines or on TV. Many people have seen Scilla, Chionodoxa, crocuses, Iris pumila, Oxalis and other Small Bulbous plants, but for some reason they do not grow them themselves. Basically, there are several simple varieties of tulips and daffodils in the culture. 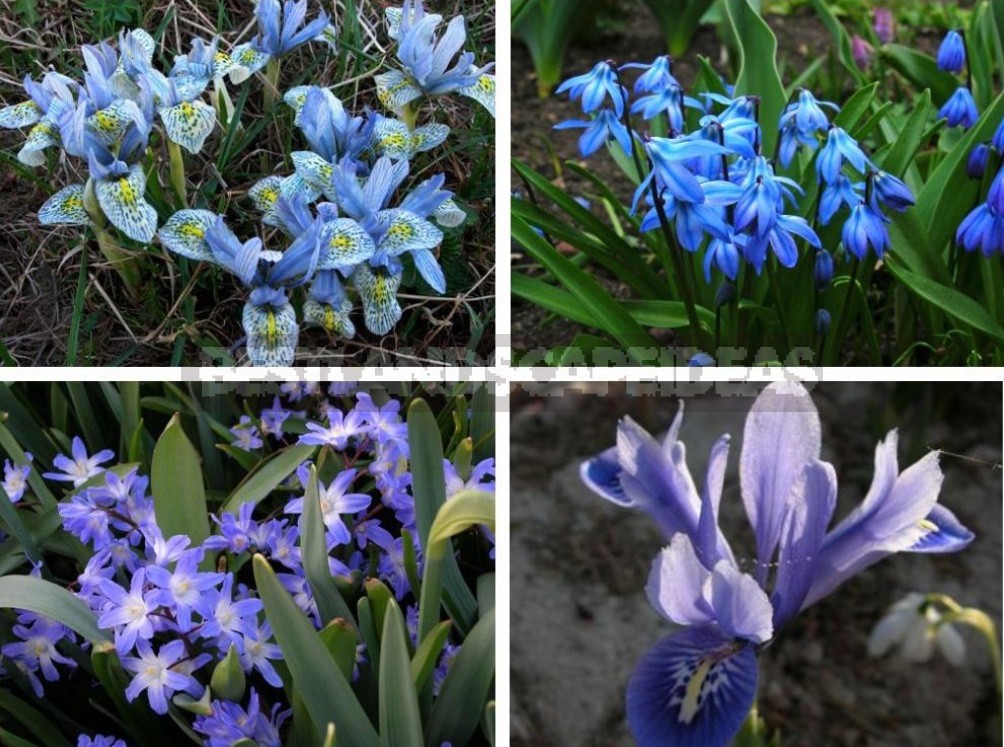 But let’s go back to the early Small Bulbous plants. The flowering of crocuses and Iris reticulata is very impressive, because it is almost the first and brightest, and heralds the final arrival of spring. And although frosts will return repeatedly and even snow will fall several times, nothing will stop the development of this beauty!

It is very difficult to single out anyone separately, they are all beautiful and interesting in their own way. In some places, Tussilago farfara is already blooming, but it is a weed, although relatively cute for early spring, which should be fought as much as possible, as well as with dandelion bushes that are already beginning to turn green and gain strength. Instead, it is better to plant yellow dwarf Iris danfordiae.

READ  How To Plant And Care For Hellebore

Salt in the Medicine Cabinet, Cosmetic Bag and on the Table
Pollinosis: Allergens, Symptoms, Treatment and Prevention
Ten Bulbs That Need Time to Plant In the Fall
Varieties Worthy Of Attention: Choose Hybrid Tea And Floribund Roses (Part 1)