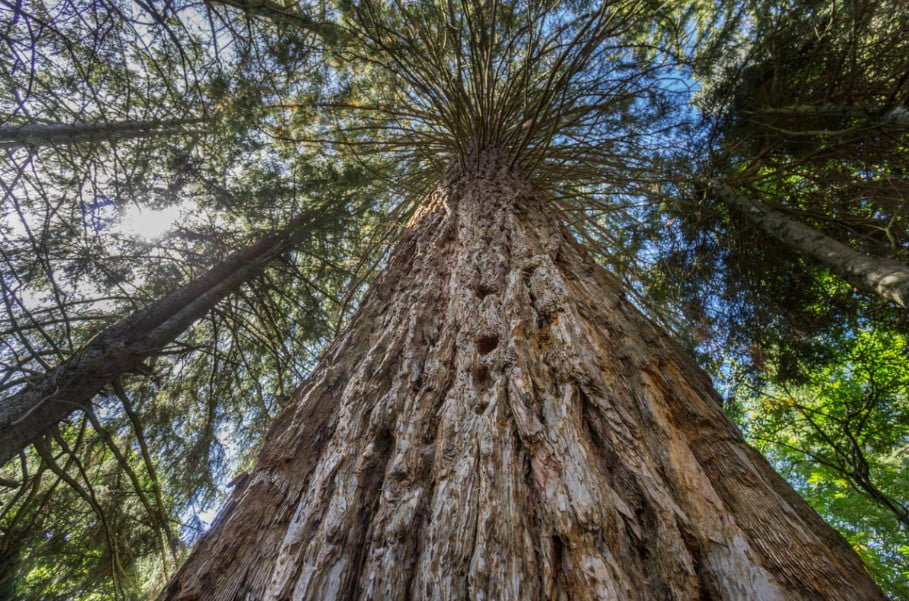 The tallest tree in the world has its own name. He’s Hyperion. Hyperion Sequoia. And specifically — Sequoia sempervirens. Among the giant trees there is a competition for the title of the highest on the planet. Thus, Hyperion was recognized as the highest in August 2006.

To tell the truth, the trees themselves, of course, are unaware of their participation in such a competition. People are looking for the tallest, fat, old, growing in extreme conditions, and so on. Let’s get acquainted with the world of dendro-giants.

Varieties of trees, whose height reaches sixty or more meters, on our planet is not so much. Botanists refer to them as spruce and mountain pine, they grow to 60-70 meters. False cypress Lavson, known to many gardeners as Chamaecyparis lawsoniana, in natural conditions can reach eighty meters in height.

Fir: noble, Nordmann, and Douglas, otherwise known as Douglas fir. Douglas fir is the second today on the height of tree, height of seventy meters it is not uncommon. The highest instance of a Douglas fir, now living, called the “Doerner Fir”, the height of 99.4 meters. Eucalyptus has impressive size and Regal, which can grow more than a hundred meters. 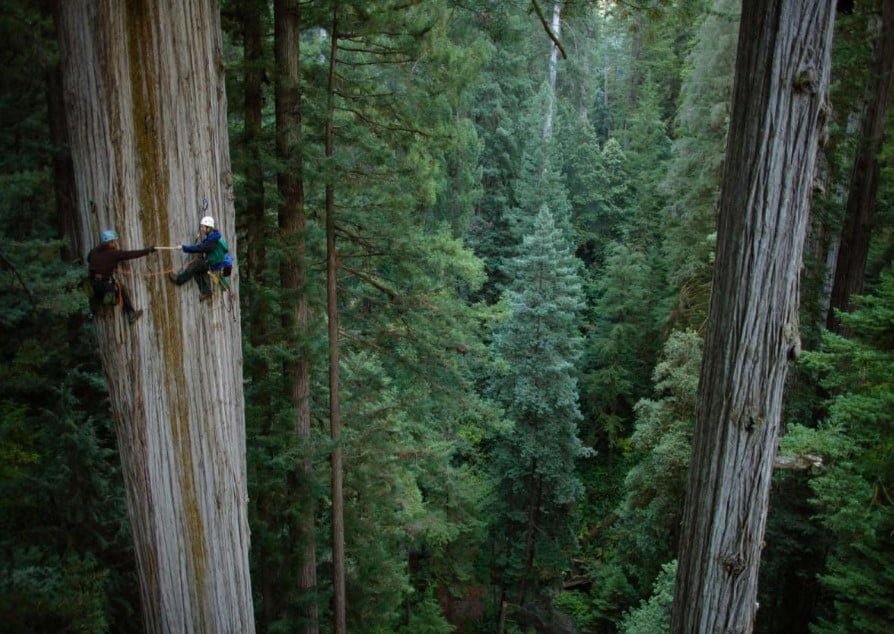 However, the “yellow leader t-shirt” rightfully belongs to the sequoias. There are, in fact, Sequoia evergreen (or Redwood) and Sequoia giant (or Sequoiadendron), representatives of which are also called mammoth trees for their gigantic size. Sequoia is higher, but sequoiadendron thicker barrel. 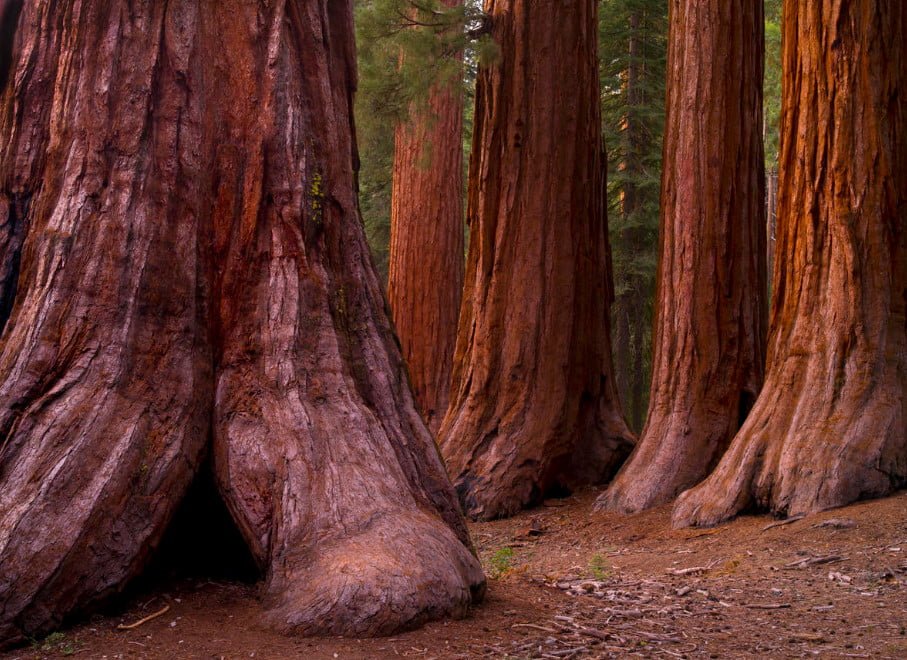 As mentioned above, the tallest tree on Earth today is recognized as an evergreen Sequoia named Hyperion. The height of the tree growing in Northern California at Redwood national Park, is 115.61 meters, the diameter of the trunk at 1.5 meters-4.84 meters. The age of the giant is about eight hundred years.

Hyperion “sucks”: the top has damaged the woodpecker, therefore, the growth of the giant has slowed. Perhaps very soon he will have to give the palm to another representative of the red sequoias — Helios. Helios continues to grow rapidly, and in 2015 its height was 114 meters 58 centimeters.

But let the young compete in growth. The largest tree in the world is a Sequoiadendron giganteum, known as General Sherman. 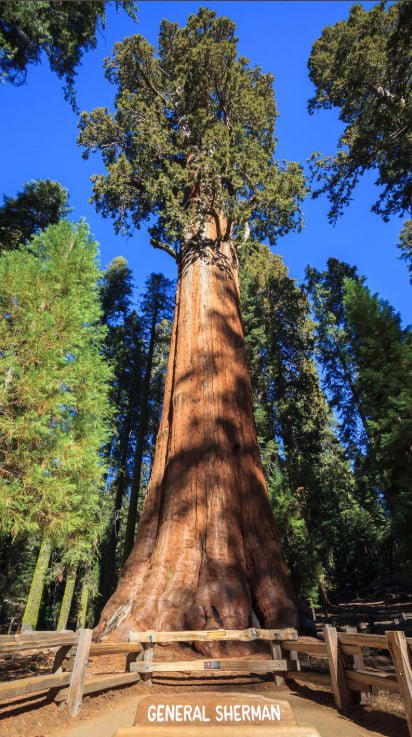 According to scientists, this outstanding mammoth tree is almost 2700 years old. And let it is not the tallest tree in the world (its height is only 83.8 meters), but General Sherman is the largest living organism on our planet. Well, not counting the Pando grove (Utah, USA) — a clonal poplar colony aspen, whose total weight is six thousand tons. Although it is a grove, but it is considered a single organism.

No matter how high the sequoias, but their growth is the limit. And this limit, surprisingly, laid the laws of physics. Scientists have calculated that the growth of any tree on our planet can not exceed 120-130 meters. Growing higher will prevent the forces of gravity and friction of water against the pores of the wood.

Near “Sherman” hangs a sign, where with the greatest accuracy it is reported that one of this tree can be built forty houses, five rooms in each house.” 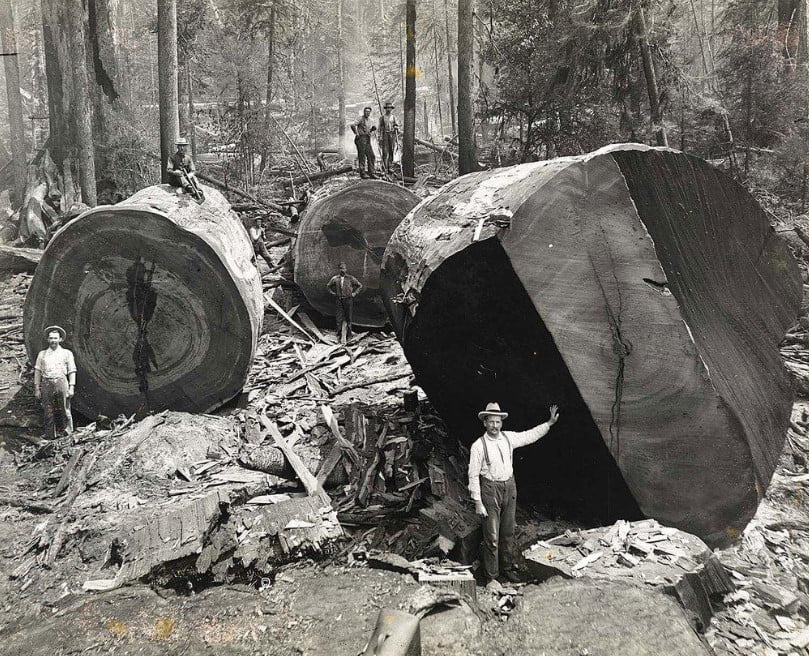 Sequoia-one of the oldest trees on Earth. They are widely grown on our planet in the Cretaceous period (145 million years ago).

The ice age significantly reduced the forests of sequoias in North America, and the remaining thoroughly thinned out the inhabitants of the New world: still, cut down one tree and built a cottage village. Now there are only three dozen groves of these giants-in Northern California on the slopes of the Sierra Nevada. 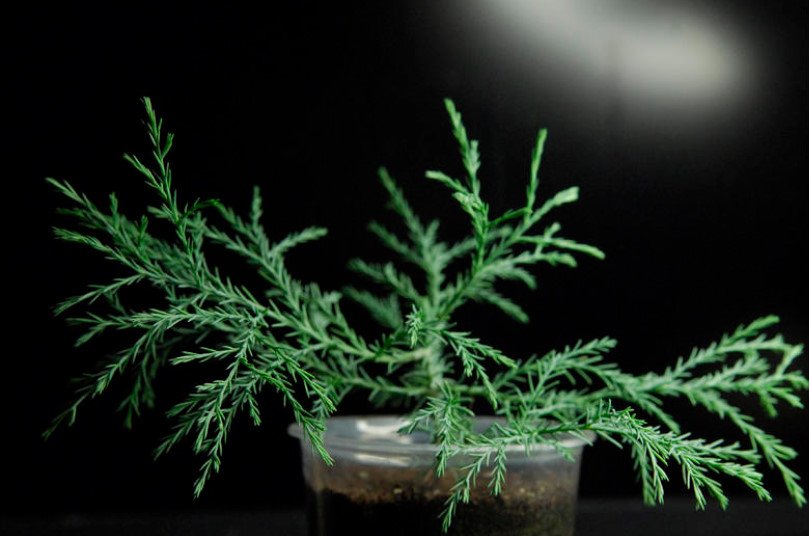 Those who love coniferous and interested in the giants, you can make the purpose of the present giant Sequoia. This relic plant is really grow from seed or buy a ready-made seedling.