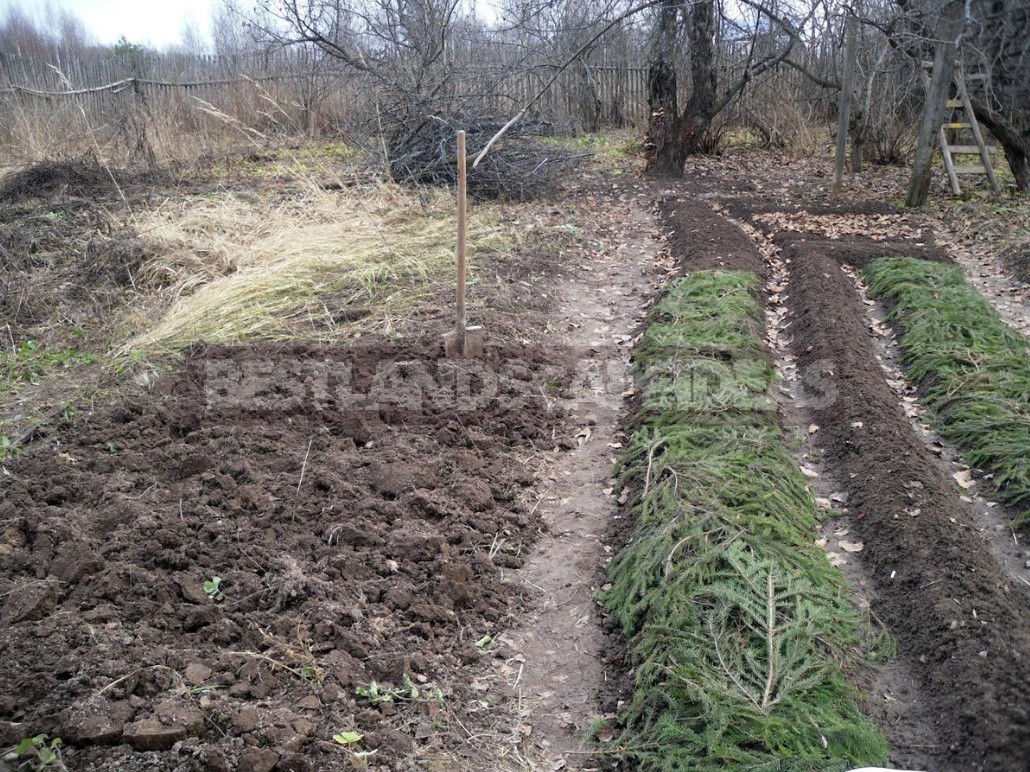 Now natural agriculture is in Vogue-do not dig, mulch, avoid mineral fertilizers. Those who use a shovel, especially ardent adherents of new trends almost stigmatize as killers of the soil. At the same time, the advantages of a garden without digging are very convincingly described: ease of care, absence of diseases, high productivity. Well, how not to be tempted?

I’m generally a fan of experiments and believe that the suitability for a particular method must be checked in practice: no matter what anyone says, and the situation is different, and universal recipes I have not yet met.

No sooner said than done. Appeared I have stationary beds. Under some soil initially still dug up with a sample of roots of perennial weeds, and some were placed directly on the virgin soil: cardboard on the bottom, on top of a fair layer of grass, compost and a little soil. 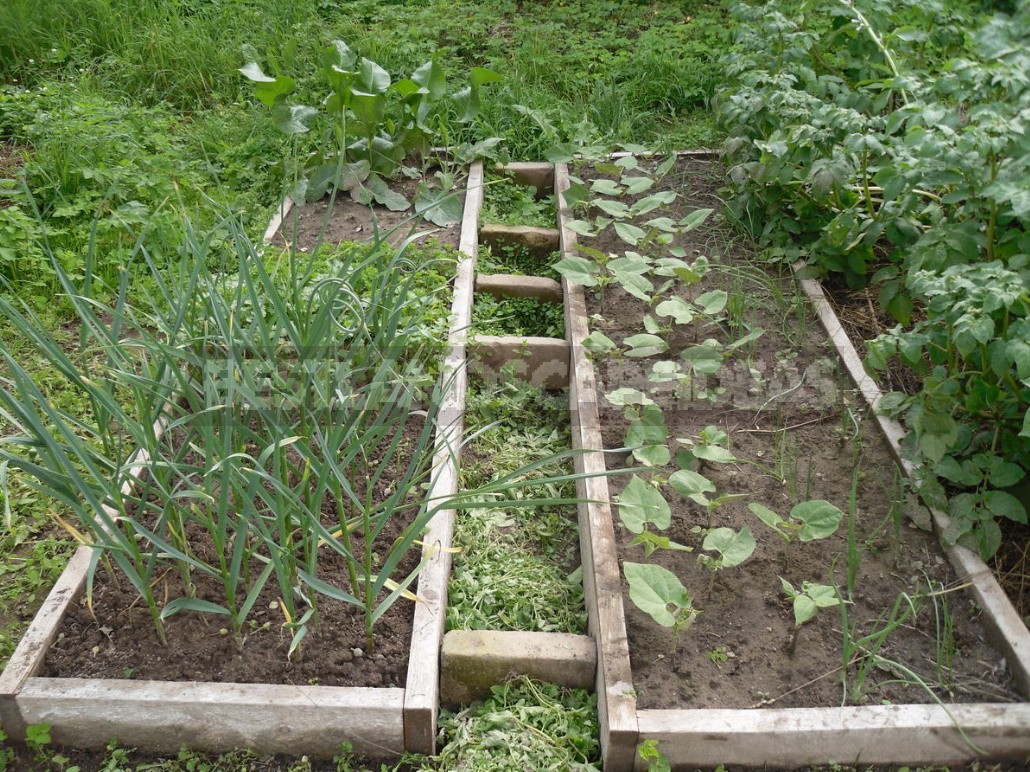 Grass for mulching is plenty of space for the experiment is available. Tested and cardboard, and black nonwoven fabric, and sawdust … Organic fertilizers regularly supply our chickens, and the compost heap in the noble cause of soil improvement is actively involved.

And all, like would, well. But not my this, in sight. Didn’t catch on. And-forgive me adherents of natural methods of agriculture — I still return to the original boundaries, albeit with some technological borrowings. Why so? I’ll try to tell you.

My previous allotment was also in the village. Only there I visited, like most summer residents, only on weekends and on vacation. Therefore, garden life turned into an endless (and almost fruitless) struggle with weeds: weeding the beds-in a week everything is again in the grass. Spring was traditionally devoted to digging with the subsequent formation of beds and crops. And once, not having time with the preparation of “seats”, I evicted onions from the garden on the potato. 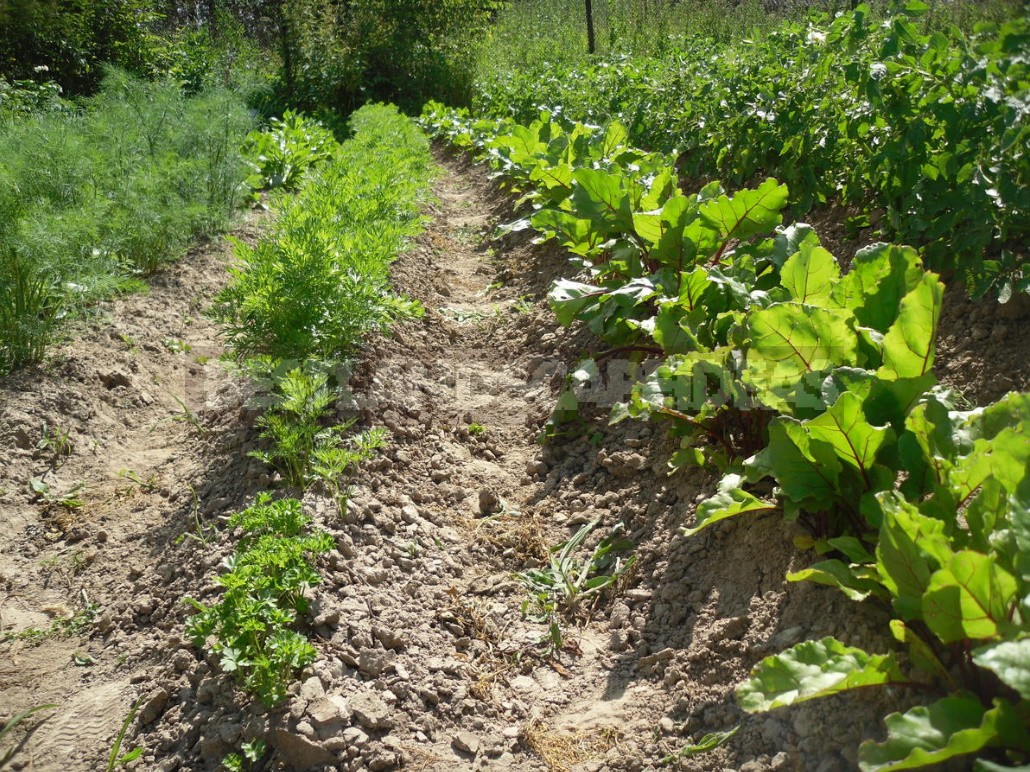 Plots for potatoes we have plowed with a tractor, and then it’s like someone wants. Many of the ridges were cut for planting, and hilled with a tractor — it was more convenient for me by hand, slowly, with a hoe and a shovel. But no problems with the allocation of part of the plowed area under the beds did not arise.

So gradually the whole garden moved there — first onions with greens, then roots, cabbage, zucchini… One year even cucumbers grew there, but did not like it — they are still better in the greenhouse. Ah and garlic in a kitchen garden remained. 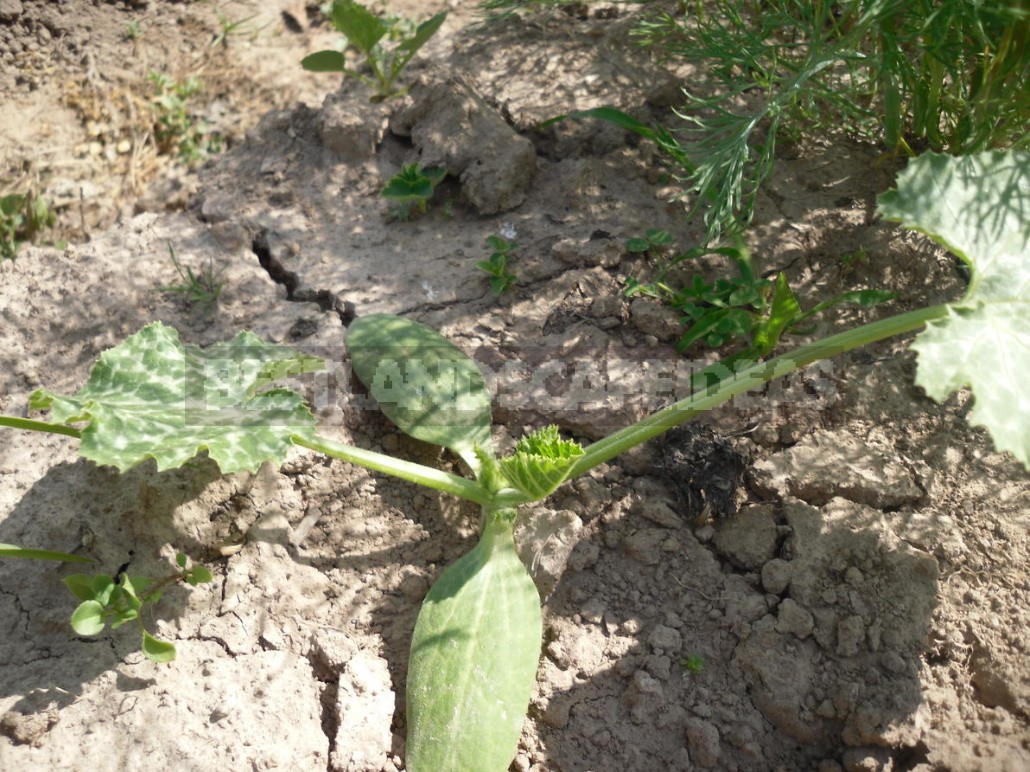 I really liked this practice. Here you and crop rotation without worries, and it is convenient to look after, and the fight against weeds is simplified due to the small number of these. Thanks to potatoes, virgin soil in one year turns into quite suitable soil for a garden, and only the one where potatoes have grown more than once, and even more so. And with this method of gardening, it is convenient to hoe root crops and cabbage and harvest: carrots are extracted from the ground without problems.

READ  Guidelines for Selecting Seedlings and Planting of Fruit Trees 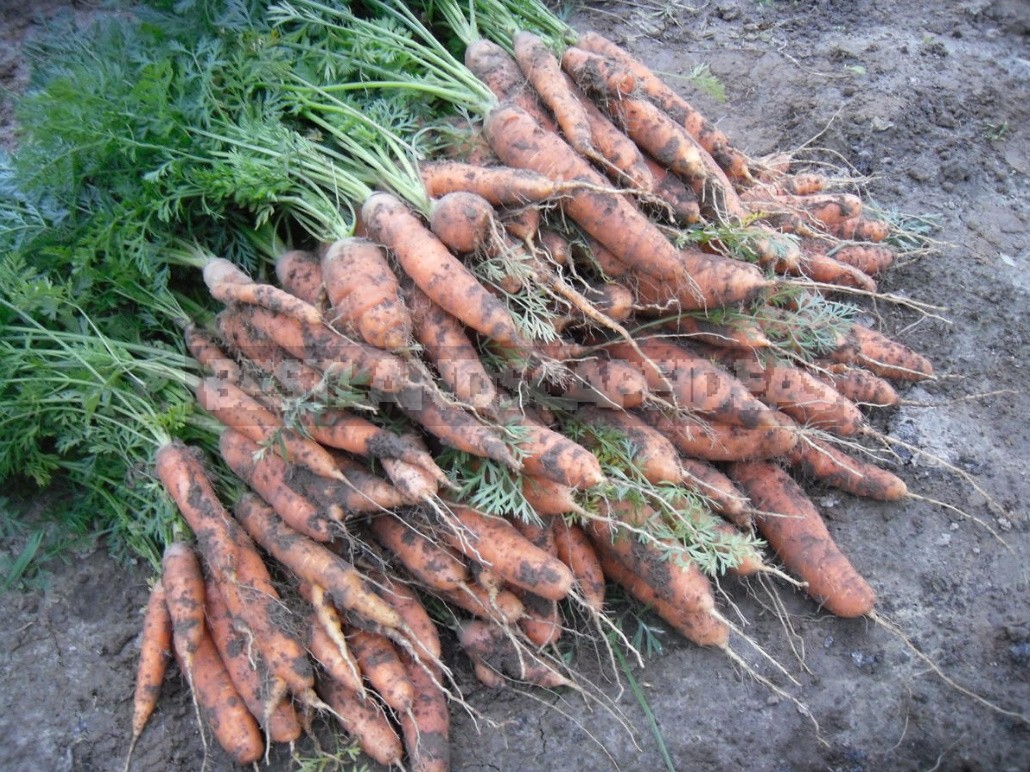 From fertilizers used compost and rotted manure-it was possible to buy in the farm nearby. Can be was order and straw in rolls, but she as something not particularly in a kitchen garden was applied — more under strawberries.

And with this experience I moved to a new place, where the first year showed that something needs to change…

Why? Yes, at least because the soil is different. With loam on sandy loam without changes to move not tickles. Or rather, it will-but with the loss of the crop. That, in General, at first it turned out: potatoes, which I had never watered, refused to grow without watering; beets complained of uncomfortable acidity of the soil, and carrots cheerfully turned green, bulging from the constantly crumbling ridges. 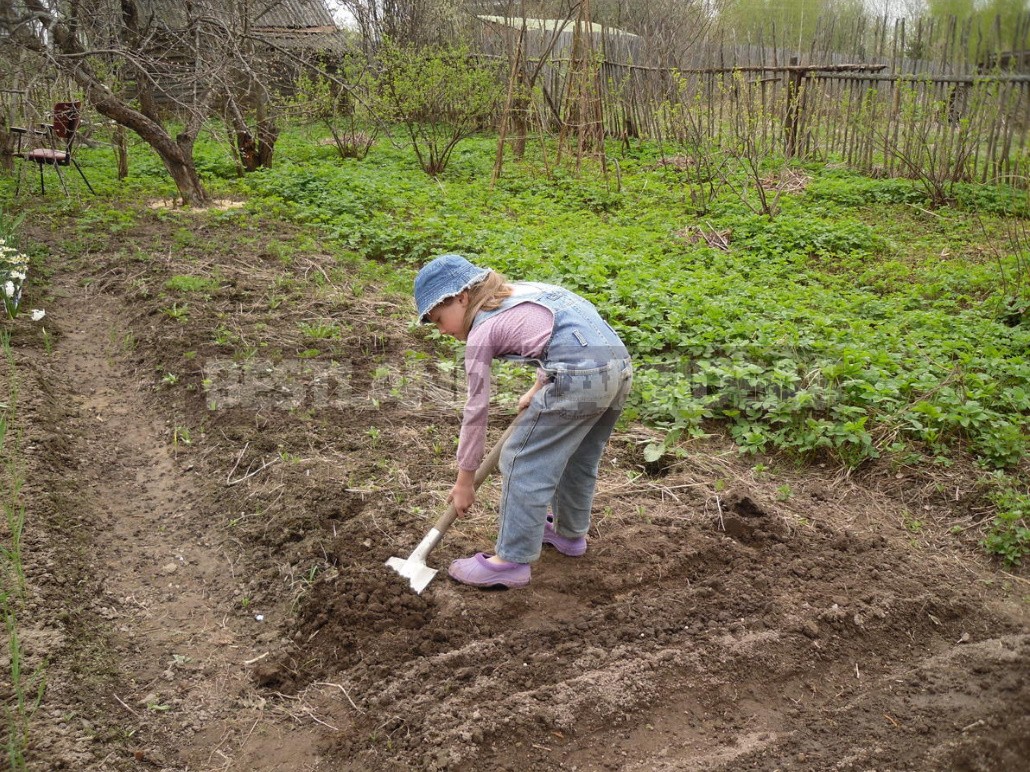 Stationary beds with wooden sides in this situation seemed more than appropriate. And in General, the idea of making beds once and not doing it every year seemed very attractive. Mulch also came to the yard-I do not like to water and any opportunity to make this “pleasure” as rare as possible actively welcome.

Not without attempts to grow potatoes under hay (for lack of straw in these parts). Also, in principle, forced: planting material is, planting time is running out, and there is no prepared land. So, we are conducting an experiment!

Alas, he failed miserably: the potatoes did not want to grow, the autopsy of one row showed that in places the sprouts began to rot, and we had to hurriedly transfer the experimental material to the freshly dug territory. But after a couple of years, this planting technology successfully suited for Jerusalem artichoke: I now plant it directly on the virgin soil, abundantly filling up the sprouted tubers with grass. The result is pleasing. 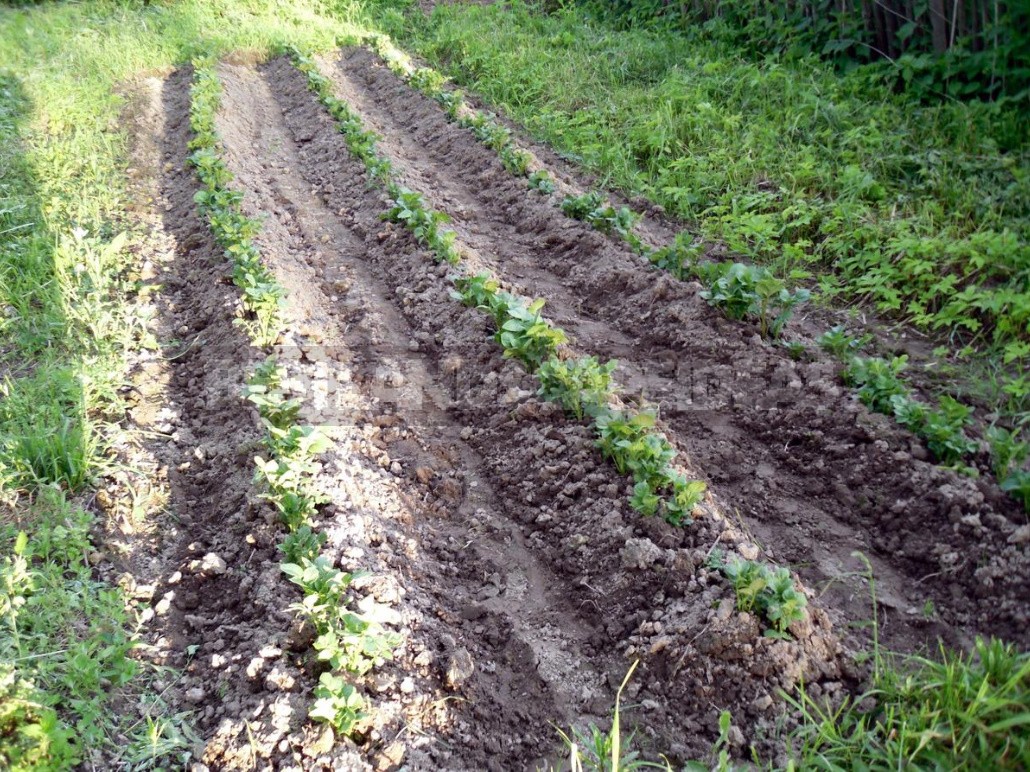 The new beds were generally comfortable. But not for all cultures. I did not like to plant cabbage in the garden — it is more convenient in rows, like potatoes, followed by hilling and abundant mulching of the rows with grass.

Root crops are too small sides. Do what you want, but as the beets and carrots gain mass and volume, the soil clamped in a strict wooden framework is compacted. Picking out the harvest can be difficult, especially when you consider that I like carrots long, cylindrical… A similar inconvenience occurs when harvesting garlic. With onions easier. Greens, too, not complains.

READ  How To Plant And Care For Gypsophila 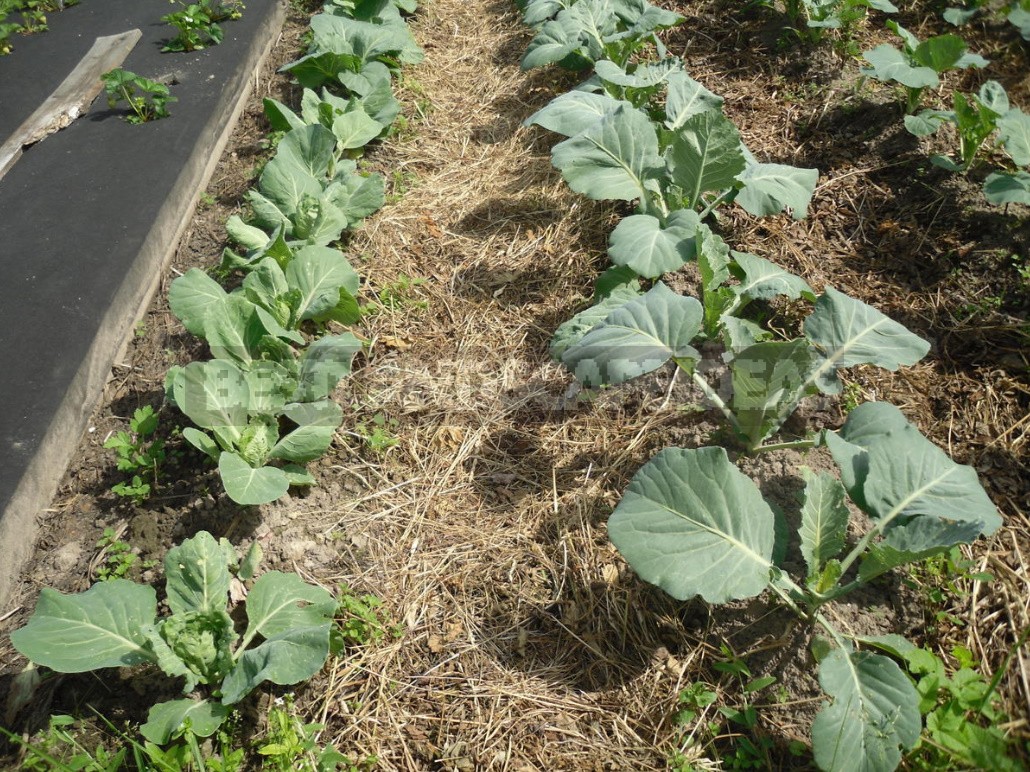 But I really liked to do stationary beds without digging on untreated soil. Tightly lay the cardboard directly on the turf, put a wooden box on top, fill it with about 2/3 of the mown grass (if there are leaves or some other organic matter-there), sprinkle a small layer of compost with the usual soil — and you’re done! According to this technology, I made beds in greenhouses for tomatoes and peppers, a greenhouse for eggplants — everything grew wonderfully.

Mulch is very helpful on potatoes. The soil here holds the form of bad-with hilling complexity. That tubers did not turn green, sticking out from ridges, I fill up aisles with the mown grass. Among other things, this affordable tool and retains moisture, and clogs weeds, and serves as an additional fertilizer. 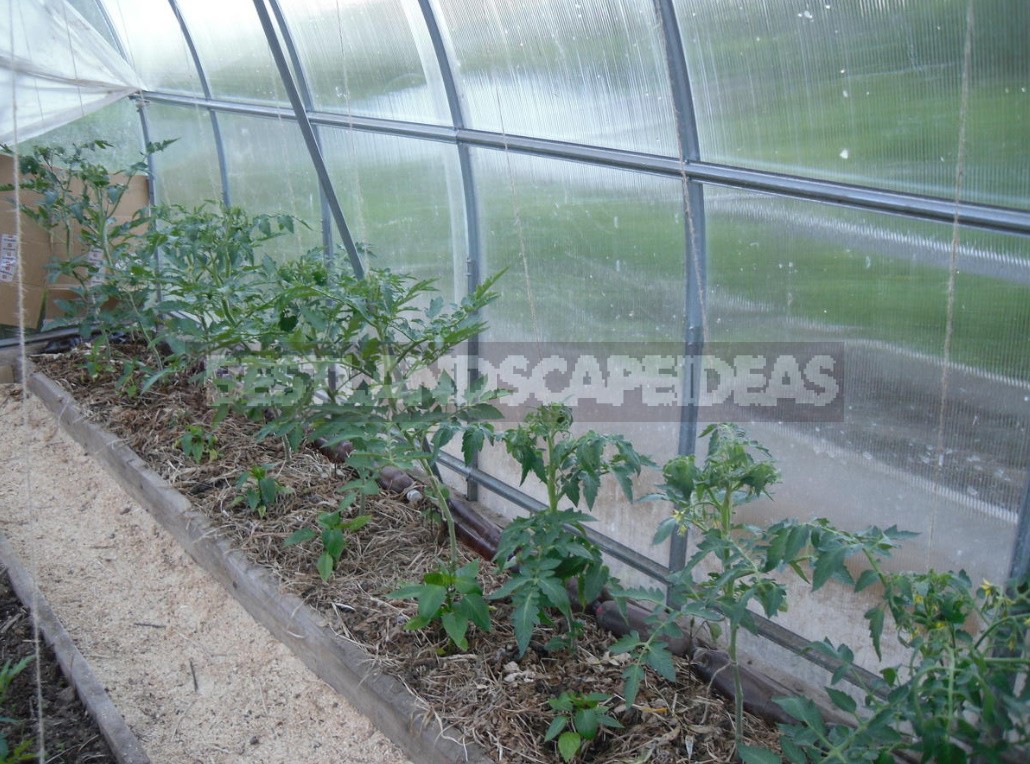 Mulch cucumbers, tomatoes, peppers, eggplant, zucchini. They like it, I like it. But mulching roots, onions, garlic did not take root: I could not understand at what point to do it. Before germination? And where then to look for them? After? So awkward same. But as times these culture I have and without mulch are rising well and special problems not deliver.

So far, it seems, everything is good. What’s the problem then? And the problem came suddenly.

In 2016, I got sick. In early September-operation, and the entire garden autumn has passed by. Garlic and onion in prepared in advance beds I still somehow stuffed, but that’s all. The treatment was completed only by may, so the spring and summer of 2017 did not differ in productivity either. And weeds began to win back the lost positions… 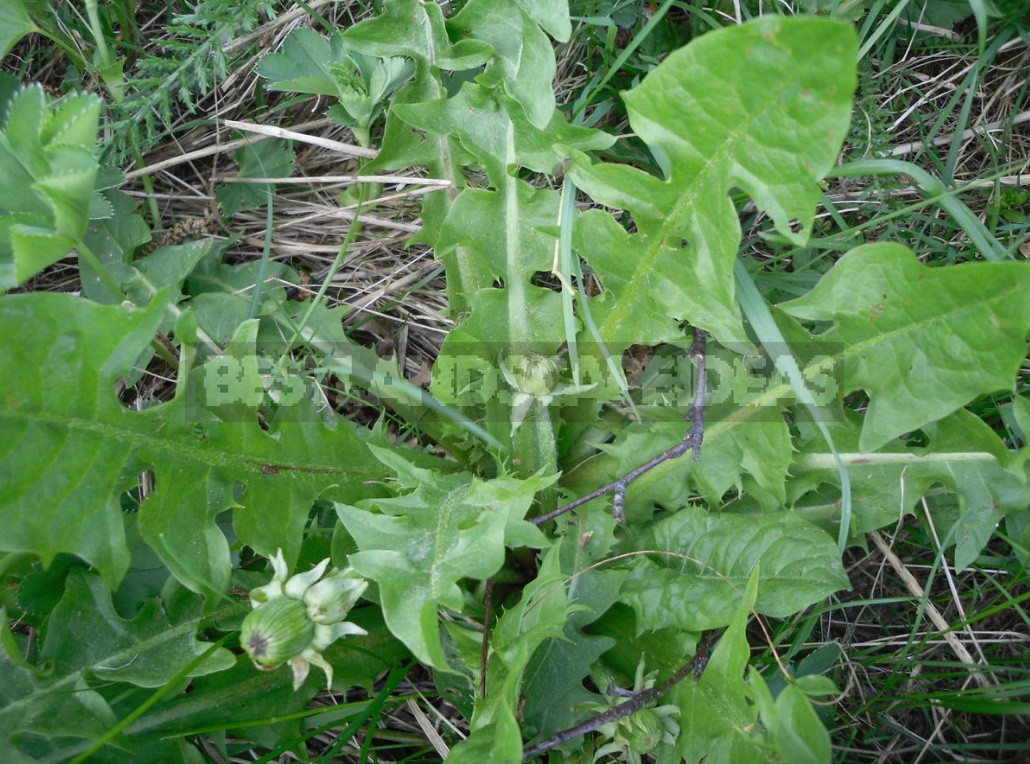 In the summer of 2018, I tried to fix something, but then it turned out that it is easier to dig a hundred traditional garden than a couple of running stationary beds to bring to normal — they are in this situation easier to disassemble than to use. That is, this way of organizing the garden is good only as long as it is systematically cared for. Worth the time to “fall out of the cage” and that’s it…

In General, plant something I all planted. And the harvest was very decent. But the opportunity to take care of the plantings as before, I no longer have. And when autumn came it is time plant garlic and onion, I realized, that plant something and have nowhere: all my beds require remaking. 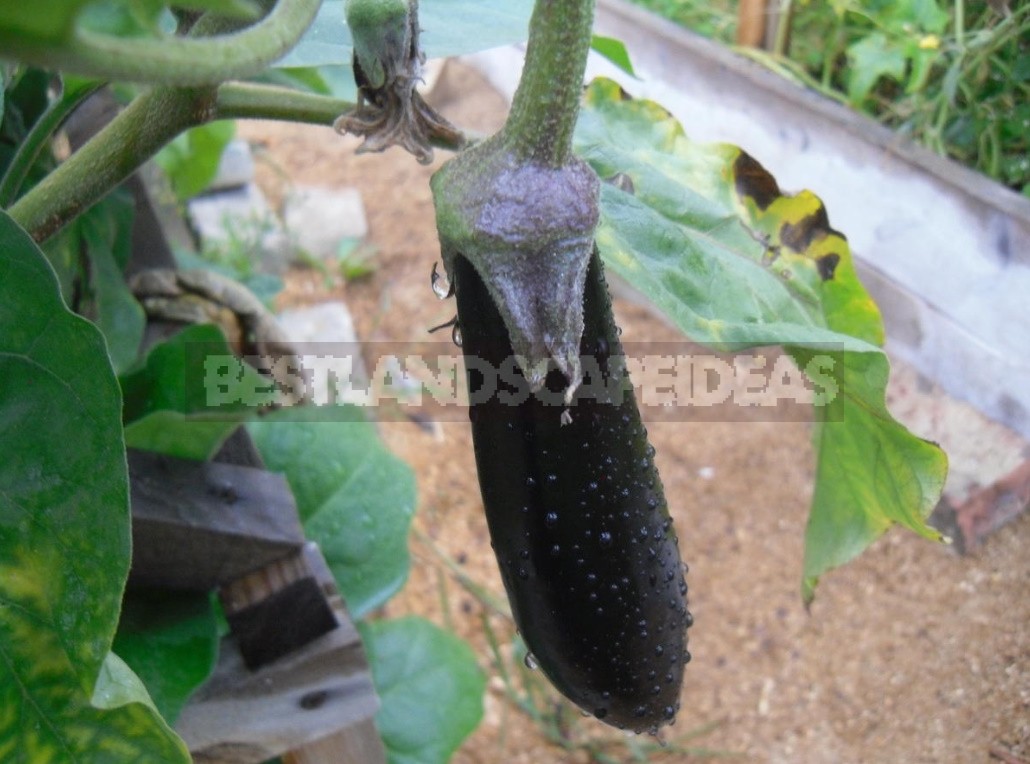 Looked around… Thought… Remembered the past experience… Really appreciated their capabilities… and safely dug up two beds on the potato “field” – it was much easier and faster.

READ  How To Prolong The Life Of An Old Fruit Tree

And then I looked around again, thought again — and realized that I was likely to have one big vegetable garden again, where the land is dug up as before, and the potatoes and vegetables are changed every year.

This time will show — what to think… spring will Come-there and we will decide what and how. But some conclusions can and should be drawn now, following the results of the next season. 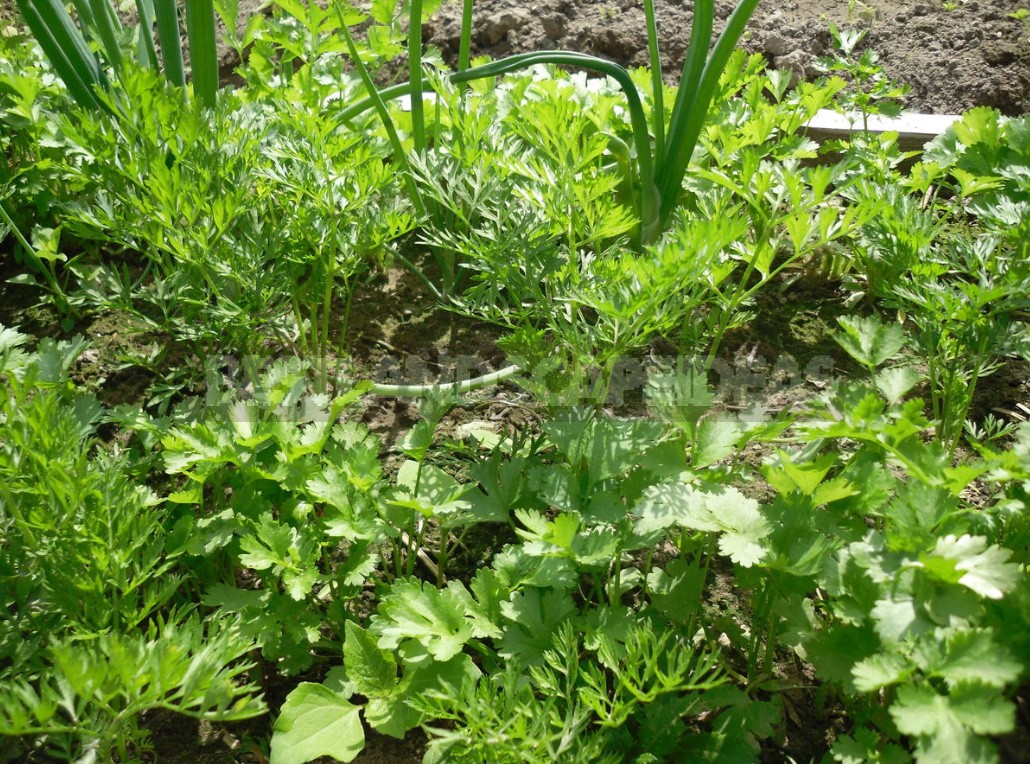 1. The complexity of a particular method is a subjective question and depends largely on the specific situation. Sometimes a shovel takes less effort than modern beds without digging. Although I do not rule out that a few more years will pass, and my views will change again under the influence of new facts from my own practice.

2. Mulch is a good thing, useful and convenient. But not universal. Definitely and will continue to abundantly mulch planting in greenhouses and greenhouses, potatoes, cabbage, aisles in the garden. I’m not sure about the rest. 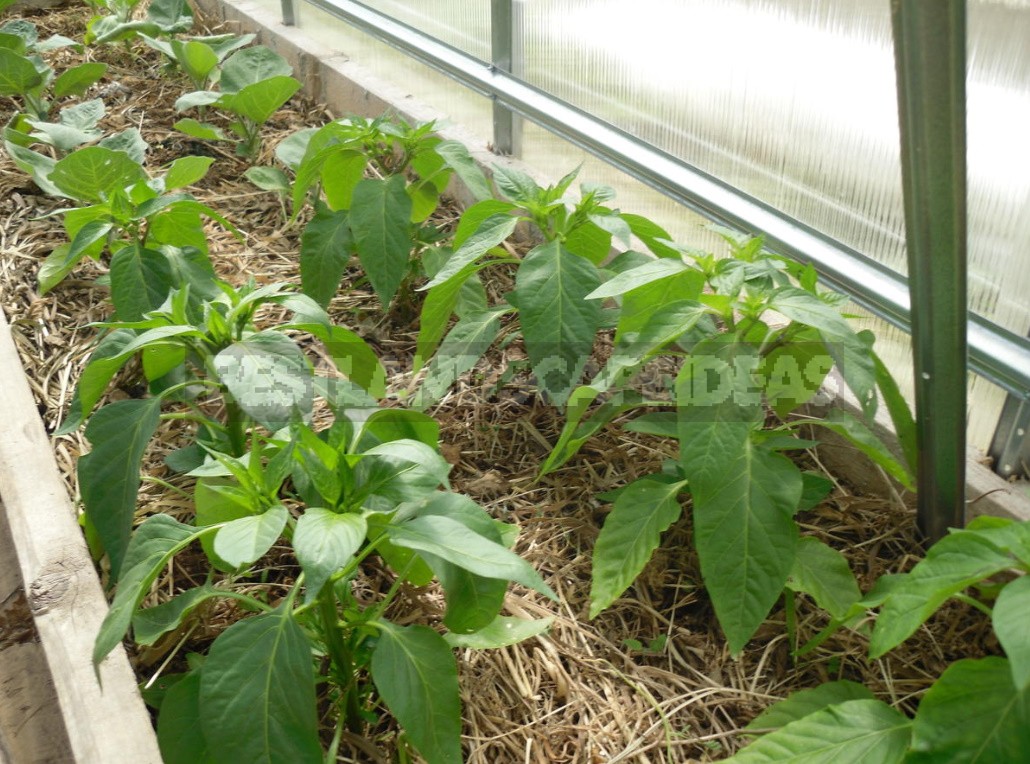 3. Stationary beds are good for perennial crops-herbs, perennial onions, horseradish. Well, salads and greens are still convenient to sow on such a bed. For the rest, personally I find it easier and more convenient to keep 2-3 acres of land traditionally dug. 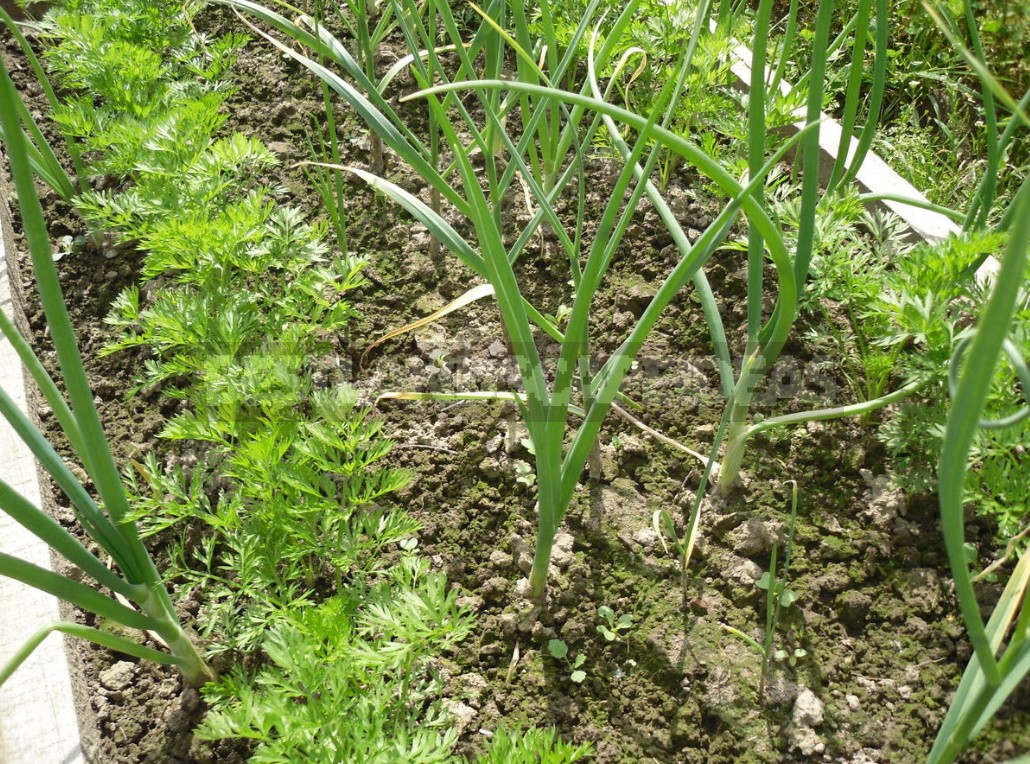 4. Not confirmed by my experience now popular theses about the dangers of digging for soil. With adequate care, reasonable fertilizer no signs of impoverishment, depletion in the garden is not noticed. By the way, earthworms on the regularly dug under potatoes and cabbage plot even more than on the “modern” stationary beds. So it’s not that bad? 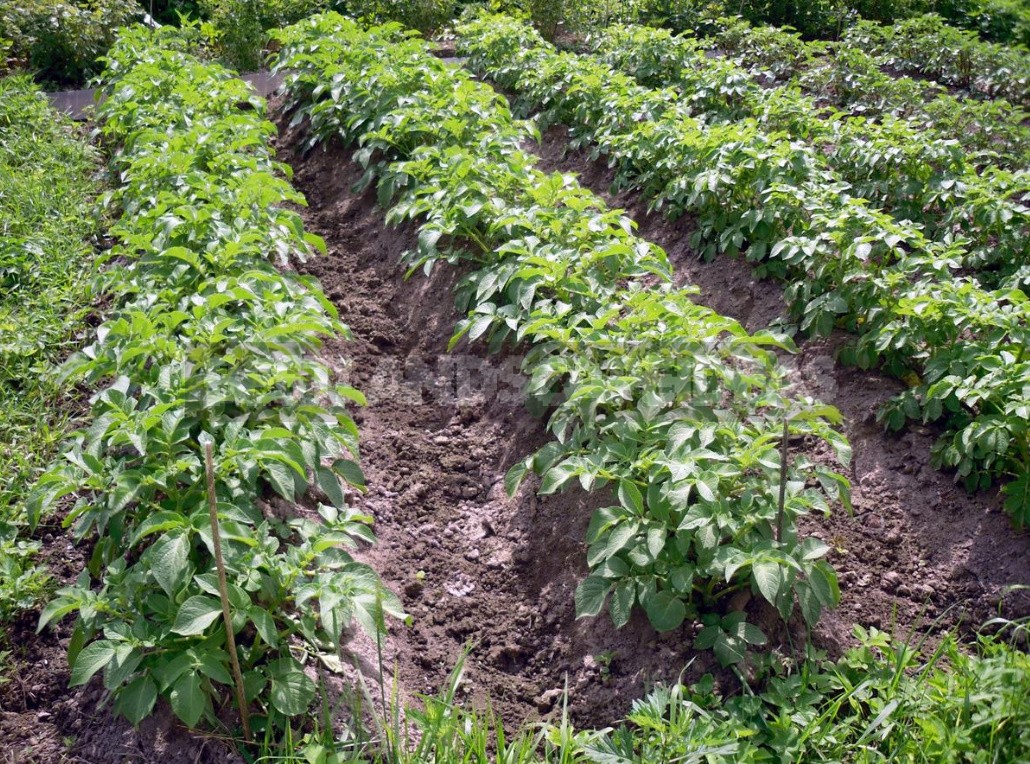 In General, once again I am convinced that any “ready” system you will not transfer to the earth completely, without changes. And my story, too, should not be taken as a call to throw flat cutters and take up the shovel again. I told about my experience — for me here and now everything said is true. For you, perhaps not. But this is not a reason for heated debate, because we are all different.

The secret of success, in my opinion, is to think, to analyze, to draw conclusions, not to be afraid of experiments and changes and, intelligently applying someone else’s experience, gradually accumulate your own. He is the truth.

How to Get Rid of Slugs Forever
The Natural Perfection of Topsoil
Seven Tips for a Woman During Menopause: How to Survive Menopause and Not Lose Yourself
The Most Fashionable Outfits For Your Christmas Tree