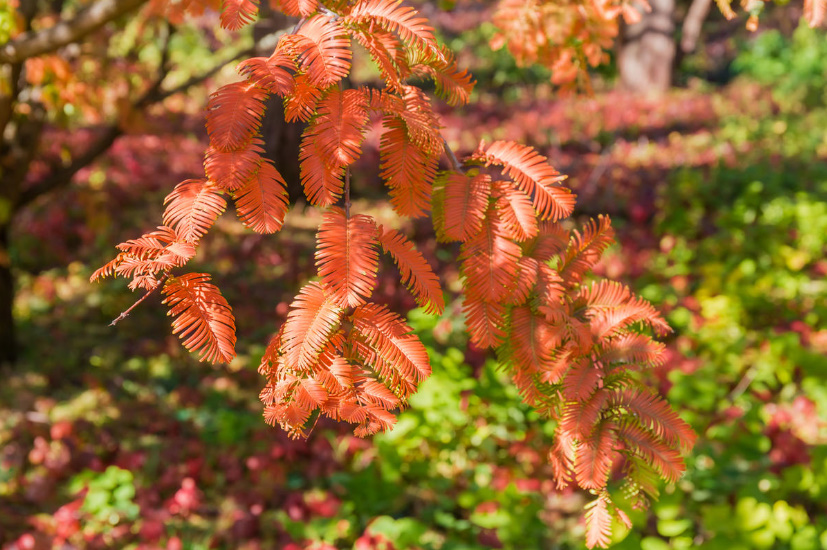 We continue the topic of interesting woody plants: we share our knowledge and experience of growing, admire their spectacular, often exotic beauty. Today we will talk about heat-loving and hardy deciduous conifers.

The most famous deciduous (there is no mistake in the use of this term, because in relation to conifers, you can say and write not only “needles”, but also “leaves”) are all types of larch (Larix).

Larix gmelinii is a fast-growing deciduous tree up to 30 m tall with a wide-cone crown and reddish bark. She is originally from East Asia. Winter hardiness — according to USDA, zones 1(2)-5. 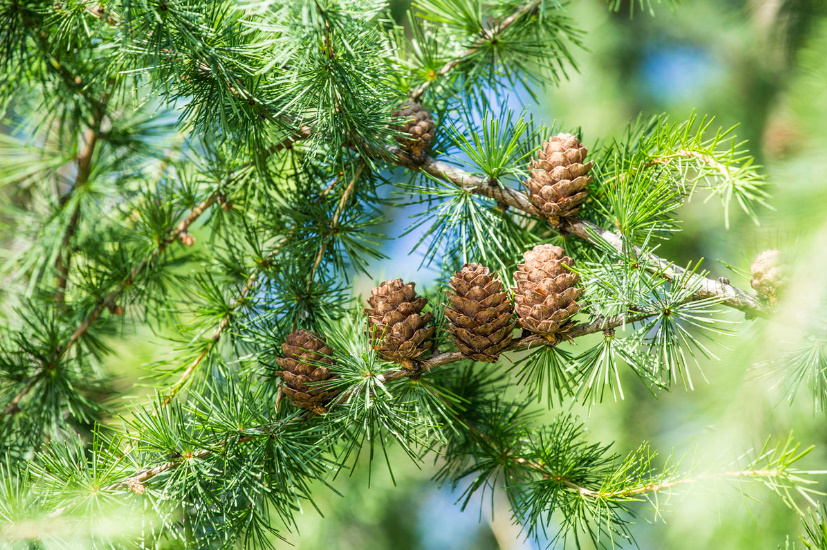 The needles are soft, up to 3 cm long, orange-yellow in autumn. The cones are almost rounded, brown, up to 2 cm long. Feels good in illuminated areas. The root system is superficial. It is not demanding to soil conditions, but prefers moderately moist, drained, slightly alkaline. Good as a solitaire — and in groups, alleys.

Larix cajanderi is a beautiful tree up to 30 m tall with deeply furrowed grayish-brown bark. One of the most hardy breeds — according to the USDA, zones 1-5. 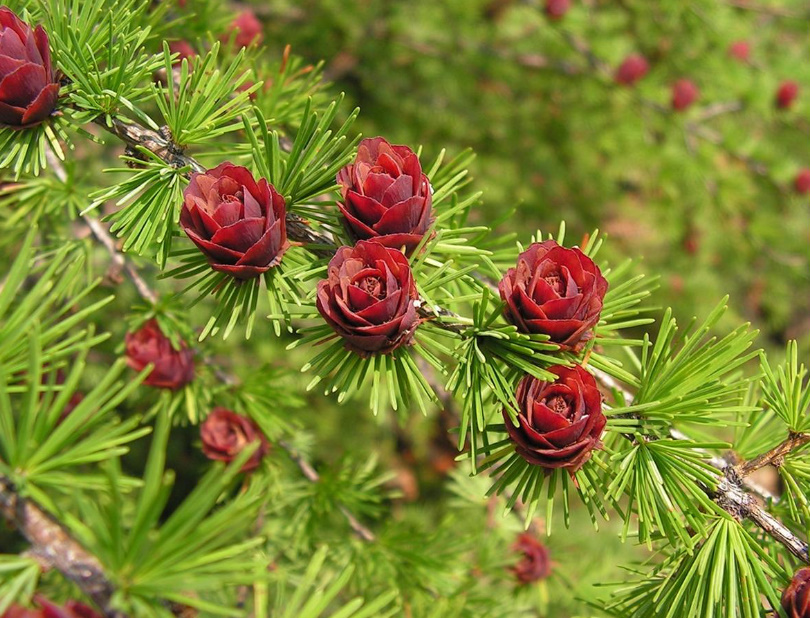 Needles from 1.2 cm to 5.9 cm long, light orange-yellow in autumn, falling off at the end of September. Cones are flattened-spherical, up to 1.7 cm long. In culture, it gives bumps from the age of 10. It is drought-resistant, it is not demanding of soils, it can grow even in slightly saline areas. Light-loving.

Larix kaempferi, syn. L. leptolepis is a fast—growing tree up to 30 m high and 4-6 m wide, the crown is cone-shaped, the branches are thin. She is originally from Japan. Winter hardiness — according to the USDA, zones 4-7. 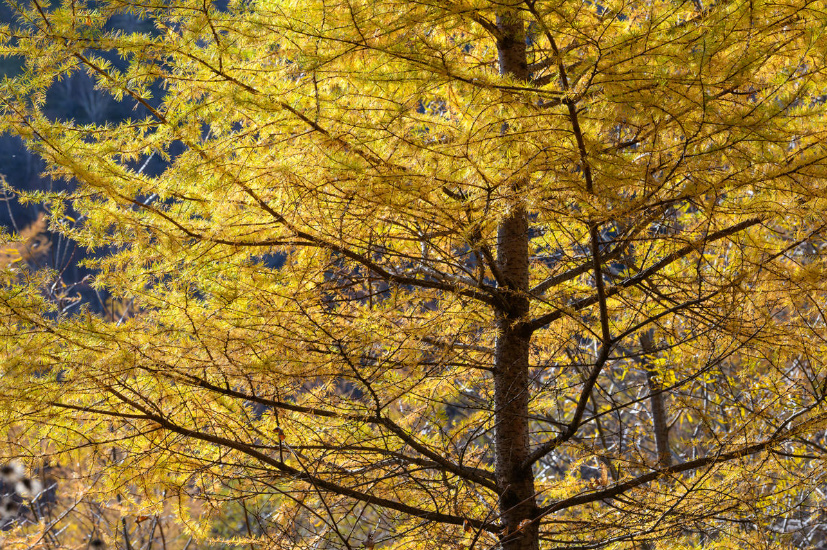 Needles up to 4 cm long. Cones up to 3.2 cm long, almost spherical, brown (different from cones of other species bent outward, like rose petals, seed scales). Prefers moist, drained soils; grows well in shade. Traditionally used for the culture of dwarf trees. The decorative form of ‘Blue Haze’ is distinguished by brighter needles.

Larix decidua is a fast—growing tree up to 30 m tall and 4-6 m wide with a cone—shaped crown (more spreading with age) and scaly gray bark. She is originally from Europe. Winter hardiness — according to the USDA, zones 2-6. 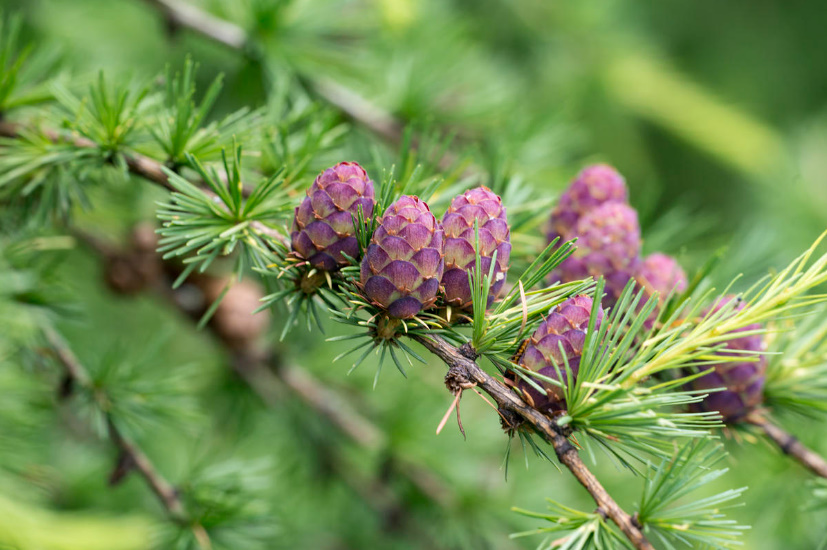 Needles up to 2.5 cm long, yellow in autumn. Cones are oblong-ovate, brown, up to 3.5 cm long. The root system is deep-rooted. Light-loving, not demanding of soils. The ground germination of seeds is up to 28%. During spring sowing, stratification is needed at a temperature of +5 °C for 1-1.5 months. The depth of seeding is 4-5 cm . The dwarf form ‘Corley’ is 1 m high and 1 m wide.

Larix sibirica is a fast—growing tree with a height of 10-30 m and a width of up to 5 m with a cone-shaped crown, rusty-brown bark. She is originally from Northeastern Europe, Siberia, and China. Winter hardiness — according to the USDA, zones 1-5. 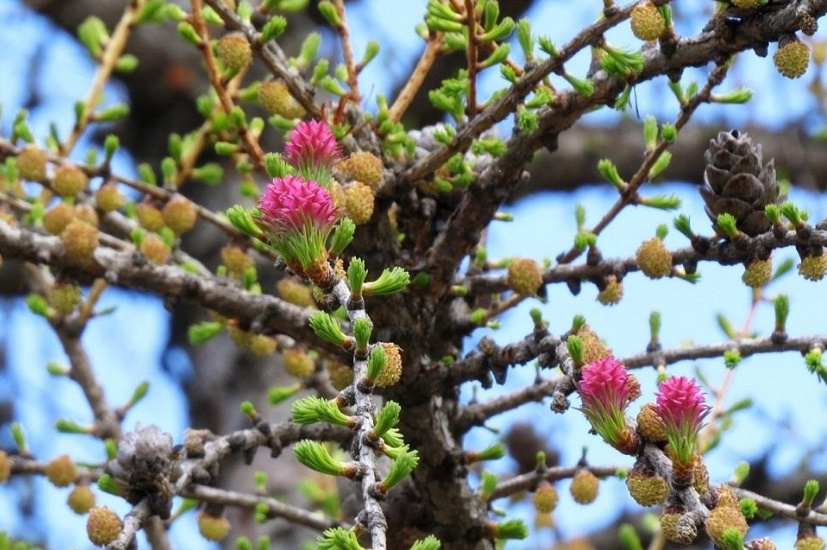 Needles 2-4 cm long; characterized by early fall. Cones are ovoid, brown, 3-3.5 cm long. It is not demanding of soils, it is light-loving. The ground germination of seeds is up to 45%. During spring sowing, stratification is needed at a temperature of +5 °From within 1 month. The depth of seeding is 4-5 cm . 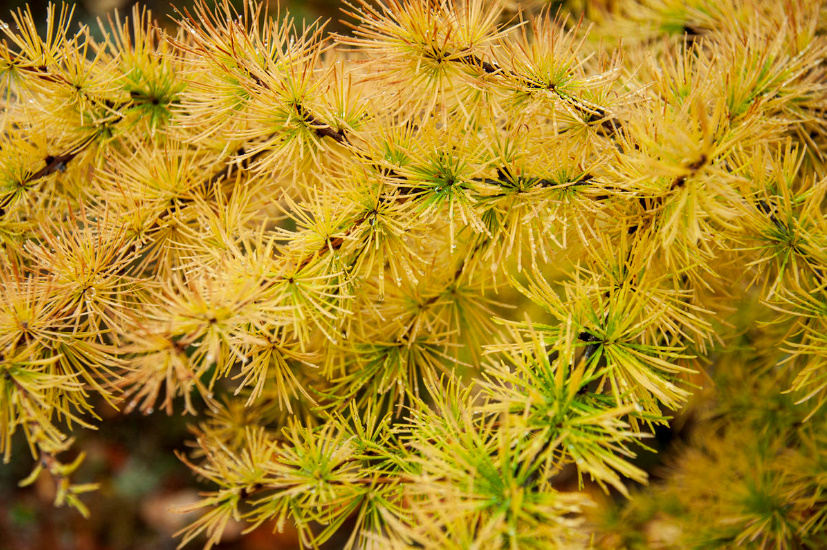 Larch sukaczewii is a tall tree with a slender trunk and a wide cone—shaped crown; active growth is observed at the age of 20-40 years. Winter hardiness — according to the USDA, zones 1-5. 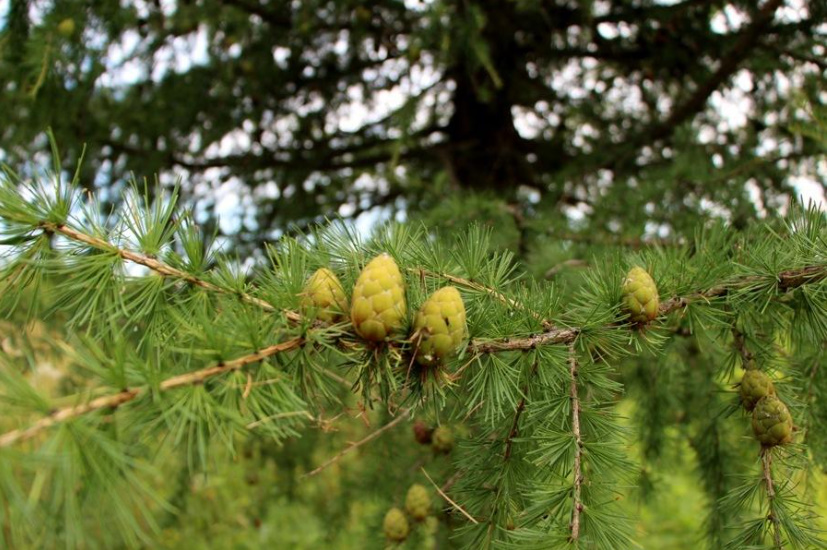 The cones are ovoid dark brown, 3-4 cm long. Like all larches, it is not demanding of soils, it is light-loving.

When growing larch trees , it is important:

There are fewer taxodiums in the culture. The most common are 2 types.

Taxodium distichum is a spreading tree with a height of 20-40 m and a width of 6-9 m with a conical trunk and a wide—cone crown. His homeland is the southeastern United States. Thermophilic — according to the USDA, zones 4-10. 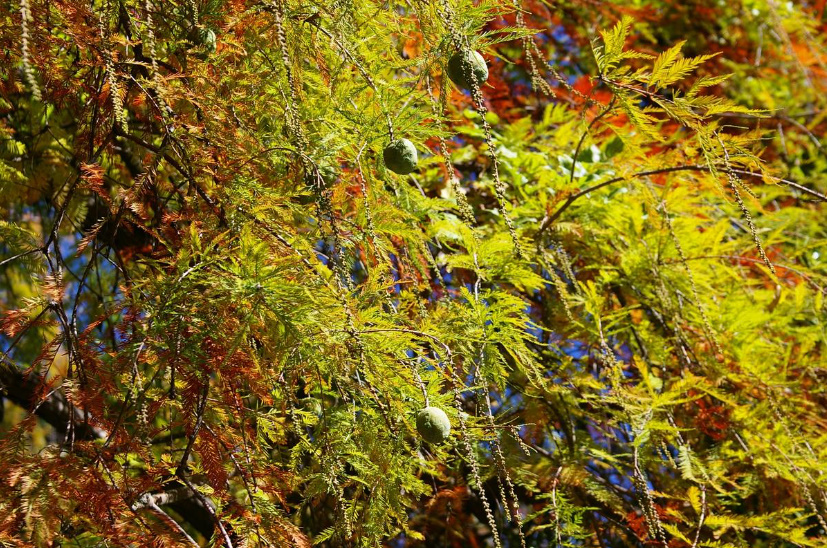 The cones are large, they crumble when they fall to the ground. Tolerates the transplant well. It is not demanding of soils, tolerates flooding, prefers sunny places.

Taxodium mucronatum is native to Texas, Guatemala. Unfortunately, it is more thermophilic than the previous species: the comfortable winter hardiness zone is 9, that is, temperatures of -6.6 … -1.2 ° C are already critical for it. 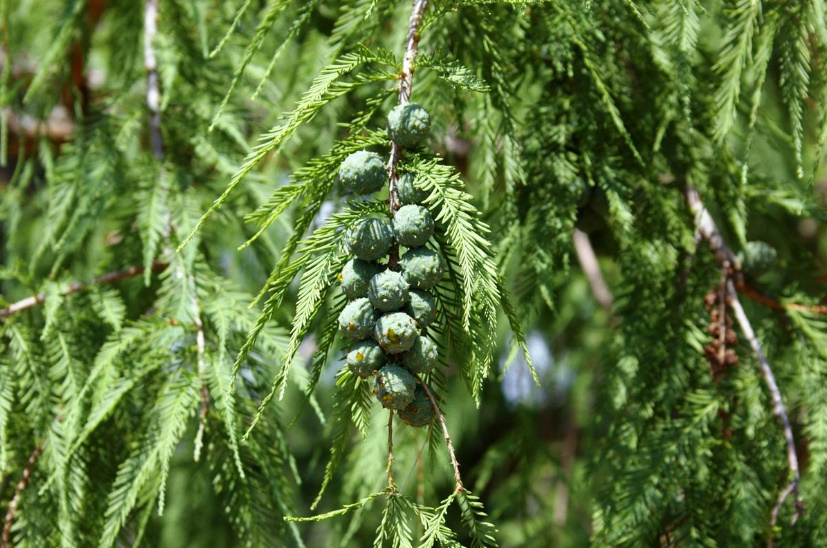 Throughout the winter, the shortened shoots gradually fall off, so the species is considered conditionally evergreen. Female cones are spherical or ovoid, dark brown when ripe, 3-4 cm long. Ripen in the first year. In winter and early spring, the crown is decorated with stunningly spectacular large brushes of microstrobiles. 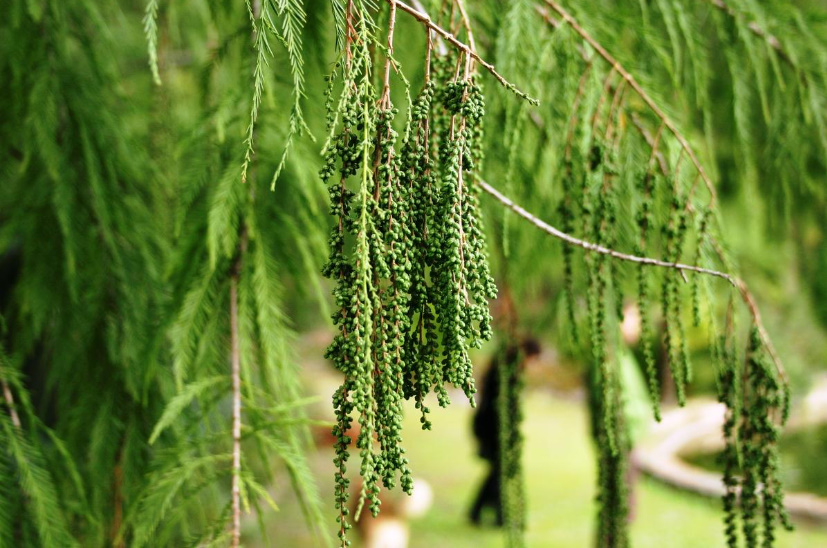 It prefers moist fertile drained soils. Both species are propagated by seeds, which are sown in the spring in a cold greenhouse.

When growing taxodiums , it is important:

Metasequoia glyptostroboides is a branching tree 20-40 m high and 5 m wide with a sparse cone—shaped crown formed by thin branches in regular whorls, with dark brown peeling bark. She is originally from China (from Northwestern Hubei). It is the fastest growing coniferous tree in the world. Thermophilic (especially at a young age) — according to the USDA, zones 5-8. 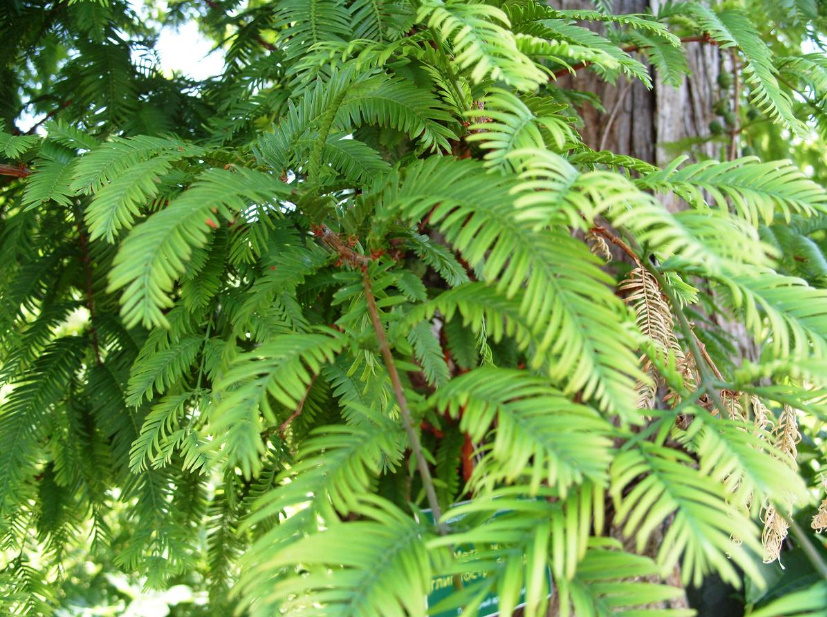 A typical species is propagated by cuttings and freshly harvested seeds, which give a ground germination of 22-27%, laboratory — 30-40%. The depth of seeding is 1-2 cm . Cultivars with different colors of needles ‘White Spot’, ‘Sheridan Spire’, ‘Chubby’, ‘Little Creamy’ actively propagate (and — exclusively vegetatively).

1. The frost resistance of woody plants increases when the plant enters winter with ripened wood and in a state of deep rest. This can be achieved by carrying out fertilizing with phosphorus-potassium fertilizers from the end of September.
2. A high glass greenhouse will be a great alternative to a cold winter garden: if the temperature in it does not fall below +6…+10 ° C, you can safely plant thermophilic woody exotics.

The organization of proper overwintering of plants (that is, placing them in bright rooms with low positive temperatures) is only part of the success in cultivation. It is very important to be able to independently prepare individual soil mixtures (including all the necessary components) for each specific exotic species. 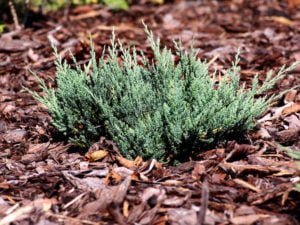 Useful Tips: How to Plant Juniper 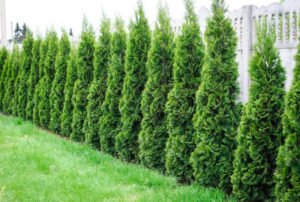 Useful Tips for Summer Residents: How to Plant Thuja 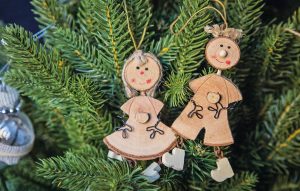 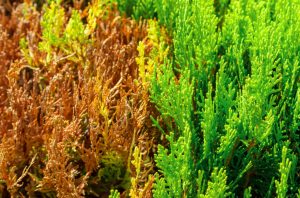 Six Reasons For The Yellowing Of Needles In Thuja