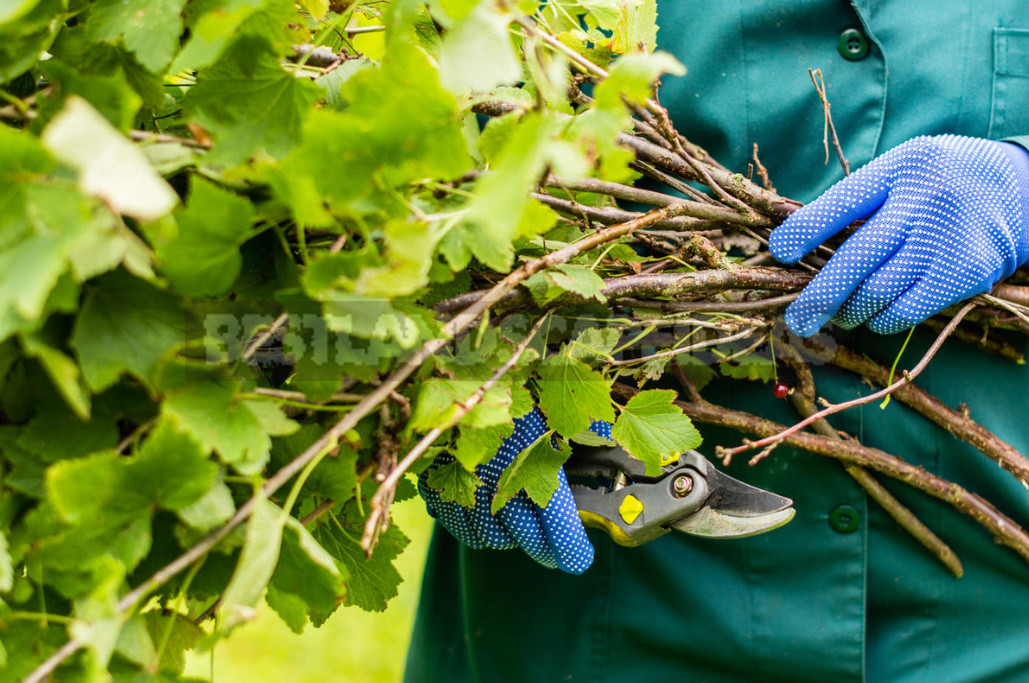 Autumn pruning – a key point in the care of some decorative and berry bushes. Haircut on the eve of winter is no less important for coniferous plantings. What garden plants prefer autumn pruning, we will tell in this article.

Especially relevant autumn pruning shrubs in the southern regions, where evergreen species spend corrective, and deciduous (after the fall of leaves) and sanitary-with the removal of old and weak shoots. But the formation of some prefer to leave in the spring.

It is time to take up the sector and audit your garden. Cut, shape, trim ornamental shrubs.

In late autumn (after fruiting) deciduous and evergreen barberry will not give up forming pruning, which will help to preserve the beautiful shape of the Bush. Shorten shoots that have managed to grow over the summer beyond the crown. 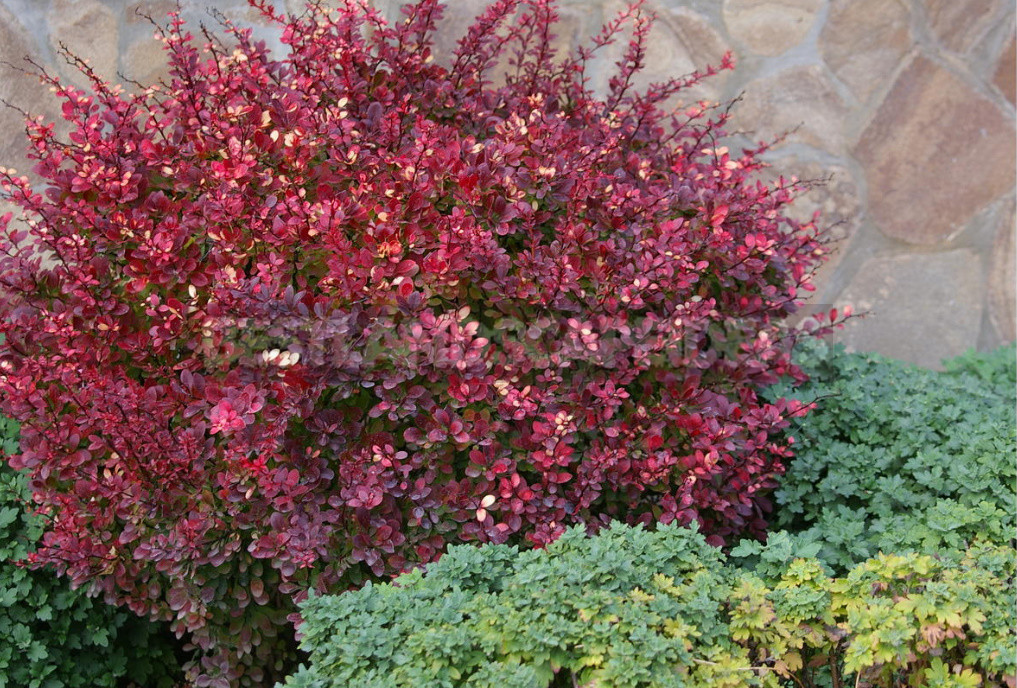 With the onset of September, without delay, carry out the main pruning Euonymus fortunei and Euonymus japonicus. It consists in shortening the vigorous branches, as well as the removal of green-leaved shoots in variegated forms. Hedges of them cut not only in may but also in early autumn. If necessary, adjust the contour of deciduous species pruning is carried out after the fall of the fruit.

Practical suggestion. Before pruning, do not forget to disinfect the tools-this will reduce the possibility of spreading diseases in the garden. Pruner blades can be disinfected in different ways: hold them over the fire, wipe with a solution of potassium permanganate, alcohol or kerosene.

With unpretentious Crataegus hassle is not very much. As a rule, the shrub does not require regular pruning. However, if necessary, thinning it is carried out in late autumn, cutting out all the branches thickening the crown.

In Hydrangea paniculata and Hydrangea macrophylla very long preserved decorative lush inflorescences, so they need to be cut in the fall. It is desirable to have time before the first snow, so that the shoots do not break under the weight and the Bush does not fall apart.

READ  Helix Pomatia On The Site: Ways To Fight (Part 2) 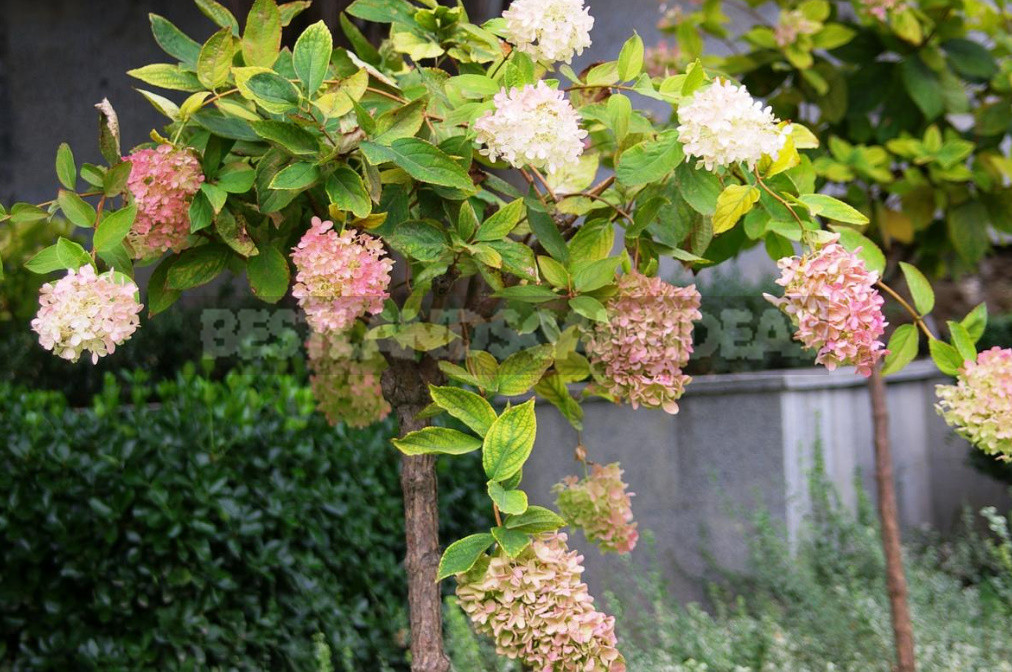 If you are lucky enough to be the owner of this plant, do not forget after fruiting (in the South – in November) to cut all the weakened shoots. Next year he will thank you for your care with a good harvest. 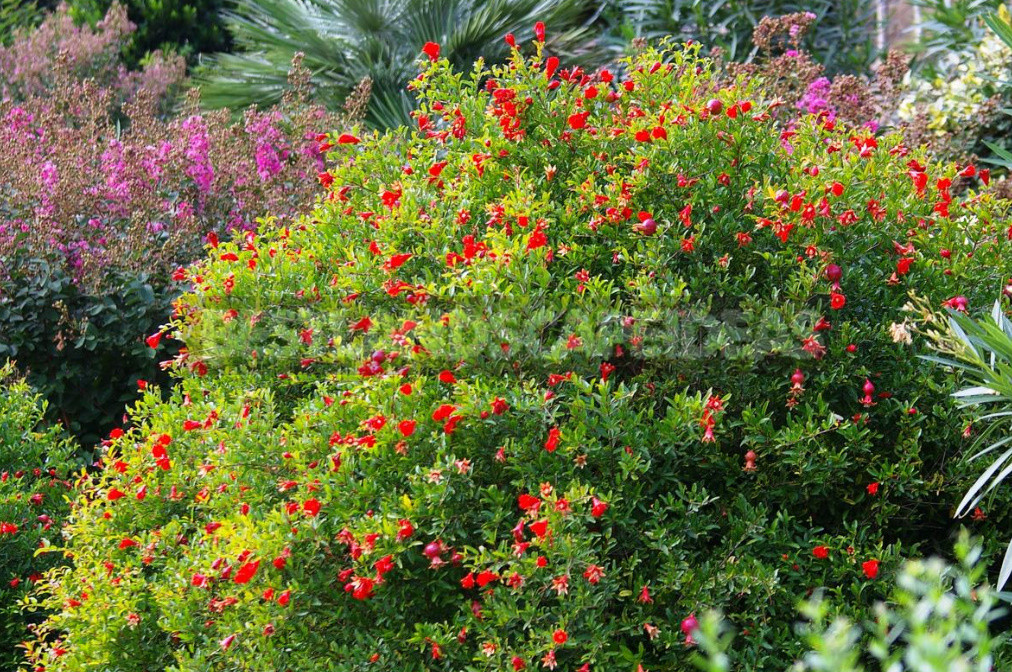 In September, while the weather is still warm, roses can be removed only faded flowers, so as not to stimulate the growth of new shoots, it can weaken the plant before winter. An exception to this rule – climbing finely flowered varieties in which it is necessary to completely remove the faded lashes. In October, after the first frost, roses are cut to 20-25 cm, removing parallel not ripe shoots. 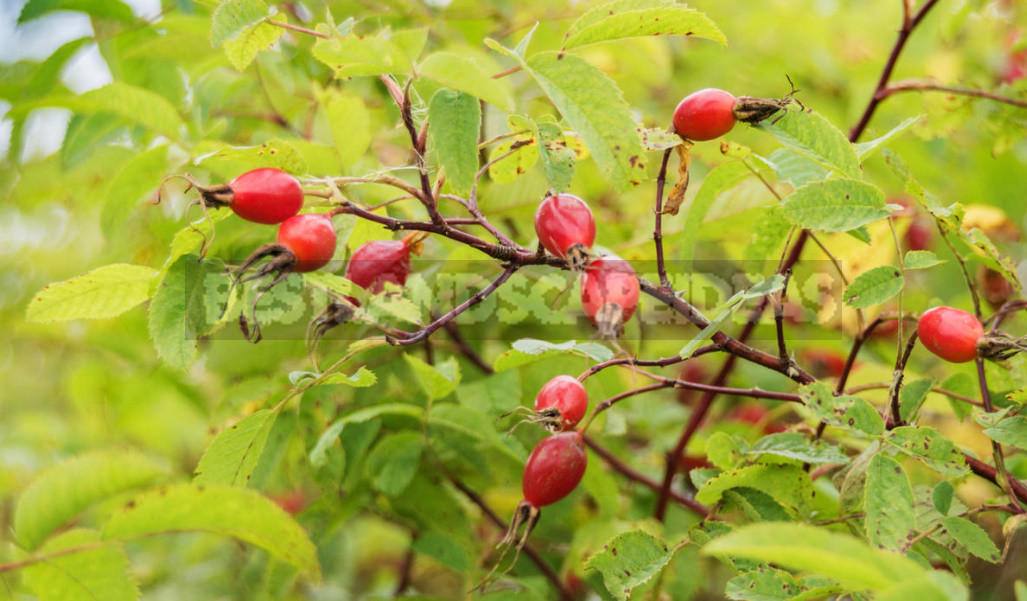 In autumn, it is possible to carry out a complex pruning of rose hips, which consists in the annual removal of thickening Bush offspring: this procedure is necessary to maintain the productivity of the plant and preserve the size of the fruit. But its main task-the formation of a Bush with branches of different ages, which should be 15-20 pieces. Cut out 6-7-year-old, damaged and thickening branches, and replace them leave 2-3 strong replacement shoots. In addition, to accelerate fruiting in September, remove the tops of annual shoots.

Practical suggestion. The blades of the pruners you work with should be well sharpened. Sharp pruning shears not only simplifies pruning, allowing you to quickly perform all the necessary manipulations, but also serves as a guarantor of the health of the garden. It does not crumple or injure branches.

Some berry bushes also need seasonal pruning. In autumn, it is allowed to carry out their sanitary pruning with the removal of damaged, unproductive and weakened shoots.

In prone to thickening and denudation Hippophae rhamnoides, some gardeners combine pruning with harvesting, removing part of the branches with the fruits and robbing them at home, in a more comfortable environment. 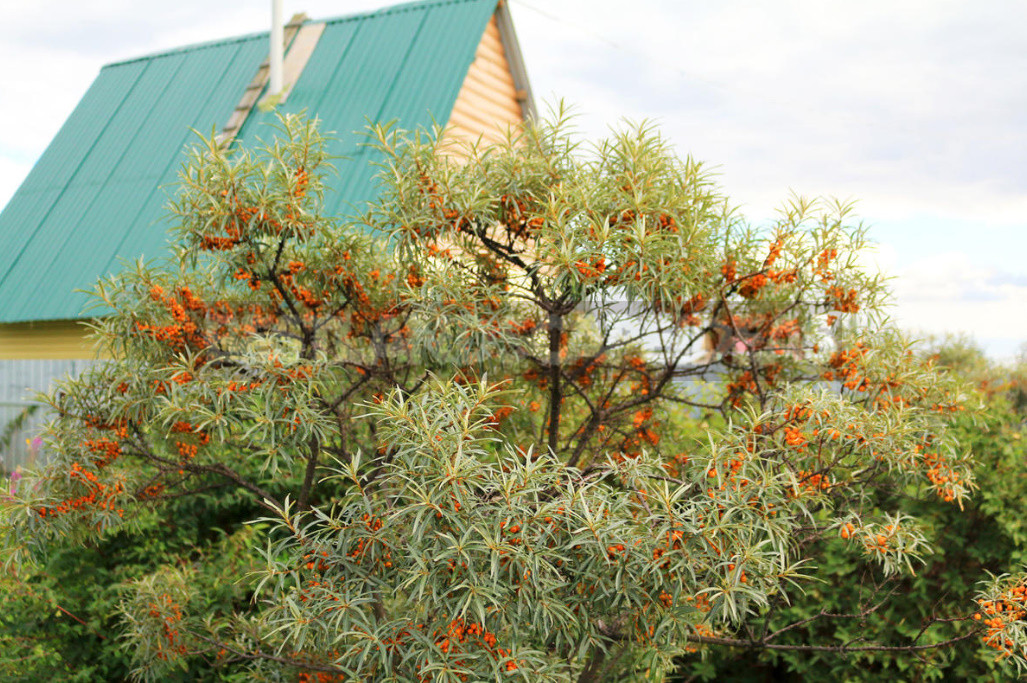 In autumn, during the fall of leaves, it is very convenient to cut the shoots raspberries, as it is at this time is clearly visible the difference between young and old shoots. It is necessary to remove only old or damaged shoots, cutting them as low as possible, at the soil level. 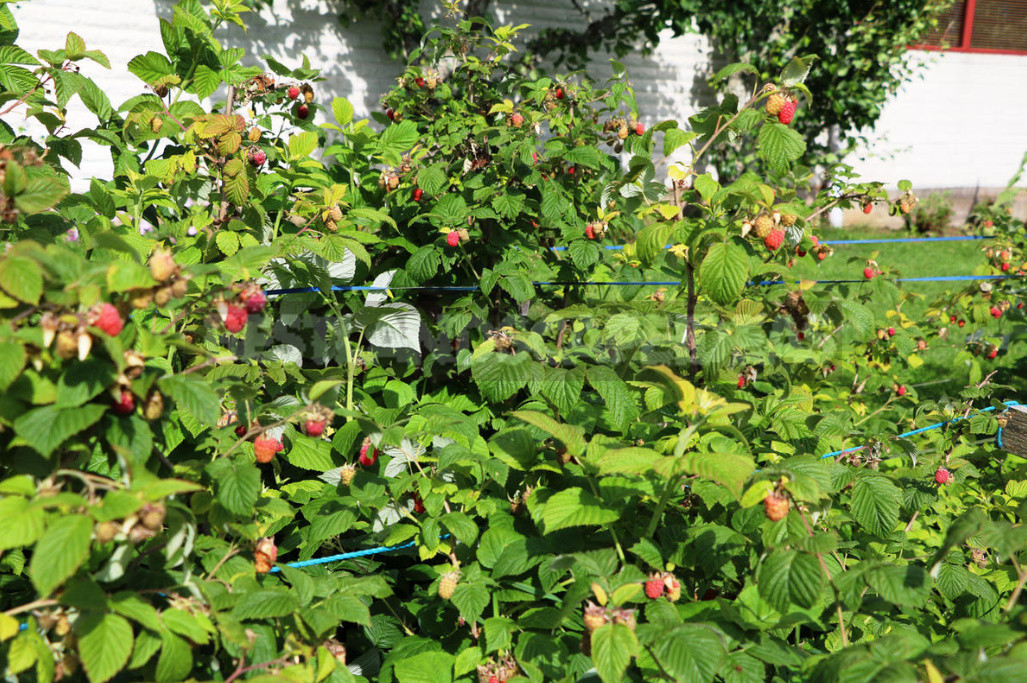 Annually the stems of the BlackBerry cut at the base, and the young annual shoots leave trees, bending them to the ground in late autumn. This shrub with a prickly temper, so when pruning it will have to think about serious protection. Thick gloves and jacket-reliable companions in pruning blackberries and raspberries.

Will be glad to autumn pruning and Ribes-another “thorn” berry garden. Remove his old, sick and weak shoots. At the same time, you can shorten the drooping branches to facilitate the care of the Bush. Thickening can lead to the development of diseases, including the defeat of powdery mildew, so you need to thin out the Bush in a timely manner. 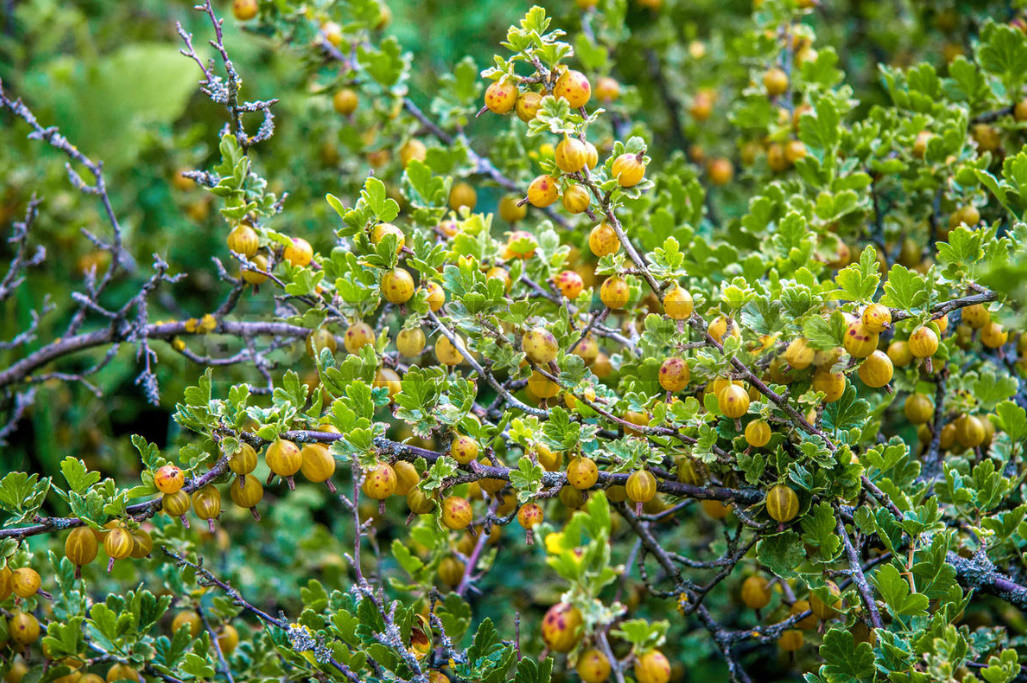 For early awakening black and red currants is preferred autumn pruning, as in the spring there is a chance to miss the moment when the plant is still at rest. Autumn at the base of the bushes cut dry and old (older than 6 years) branches, as well as damaged and underdeveloped shoots.

In edible honeysuckle, the annual autumn sanitary pruning begins when the shrub reaches the age of six. Remove the oldest branches before branching, as that is where the dormant buds are concentrated. But the shortening of the remaining shoots can not be carried out, because it is on the annual increments that the generative buds are laid and the harvest is formed next year. 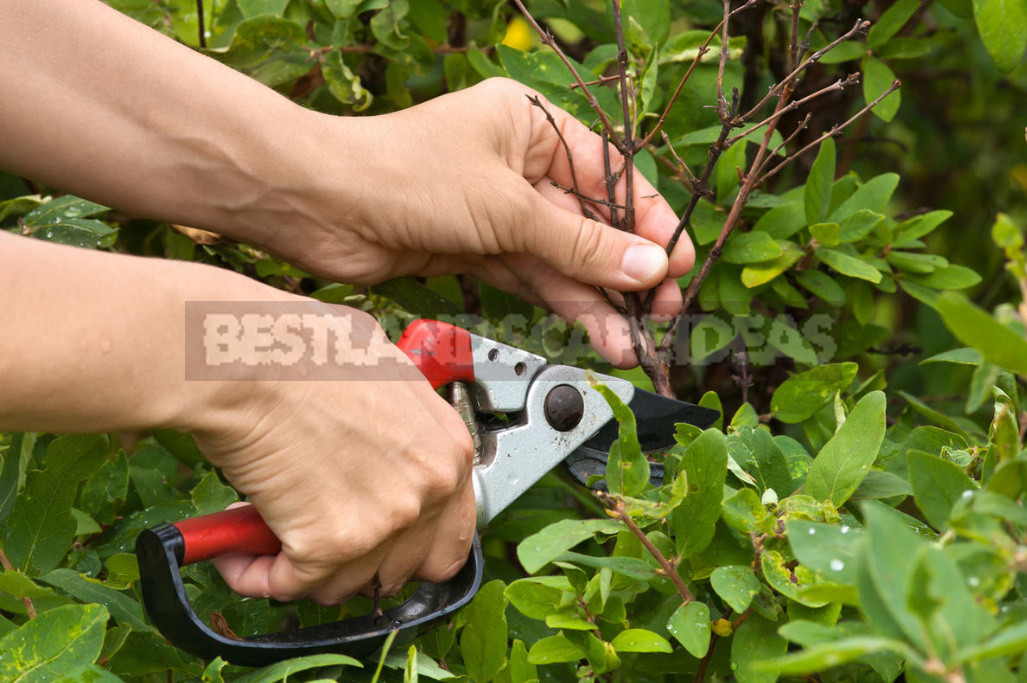 It is worth paying attention to the fruit vines, in particular Actinidia kolomikta. Autumn term of pruning due to the fact that at this time excluded “crying” vines and its desiccation. Every year, starting from the age of 10, we replace one old branch with a young vegetative shoot. 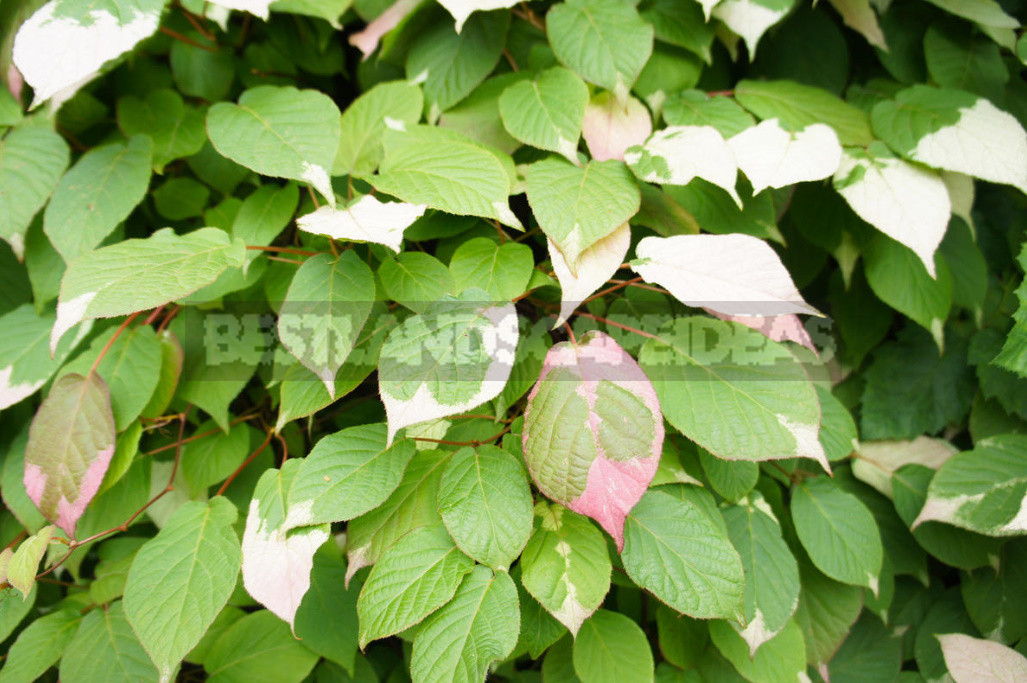 Schisandra chinensis is formed from 3-6 skeletal branches, the rest is removed at the soil level. You can also cut at the base of the old (15-18 years) unproductive skeletal branches, replacing them with young, selected from the undergrowth. In the future, it is very important to remove every autumn intertwining, weak and deformed shoots.

READ  Dangerous Diseases That Live In The Soil. How To Protect Your Garden From Them? 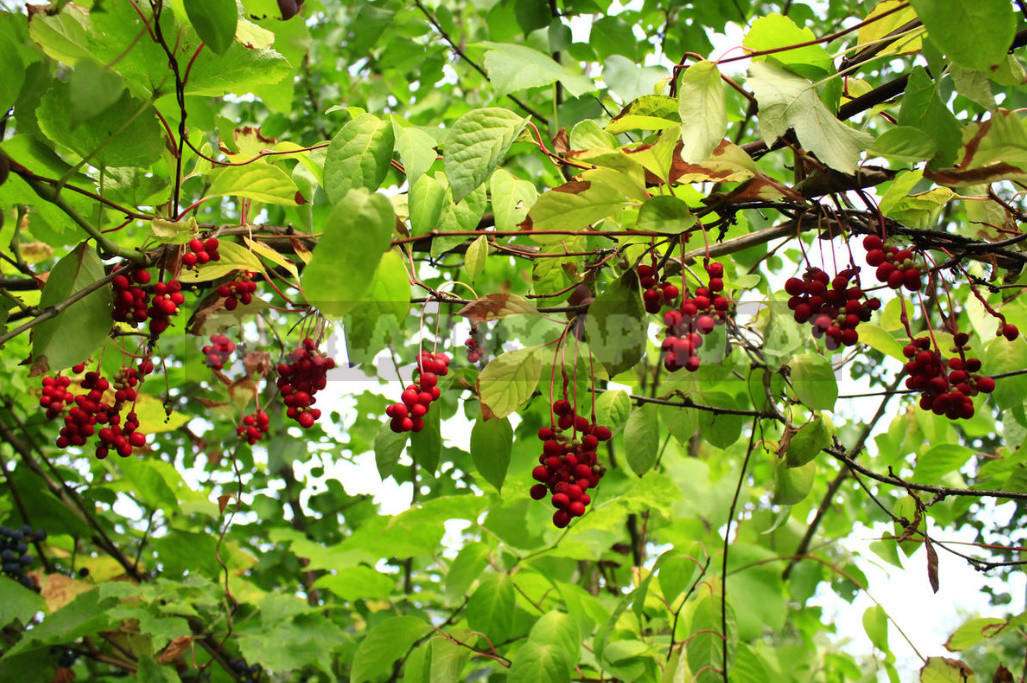 For good fruiting viburnum ordinary need forming. In 2-3 years after planting in the autumn you can begin to build the bushes. Remove all branches except 5-7 future skeletal. With 8-10 years are thinning, cutting out the oldest branches at the base, but this should be done only after harvest.

Practical suggestion. It is better to cut a little every year than every few years to carry out a cardinal pruning, which will require too much effort not only from you but also from the plant.

In Chaenomeles japonica autumn after fruiting 5-year branches cut out for the reason that they become less productive and shade others. Remove the old and lying on the ground vertically growing shoots. Bet on the most valuable branches, which at a distance of 15-40 cm from the soil surface take a horizontal position and well covered with snow. 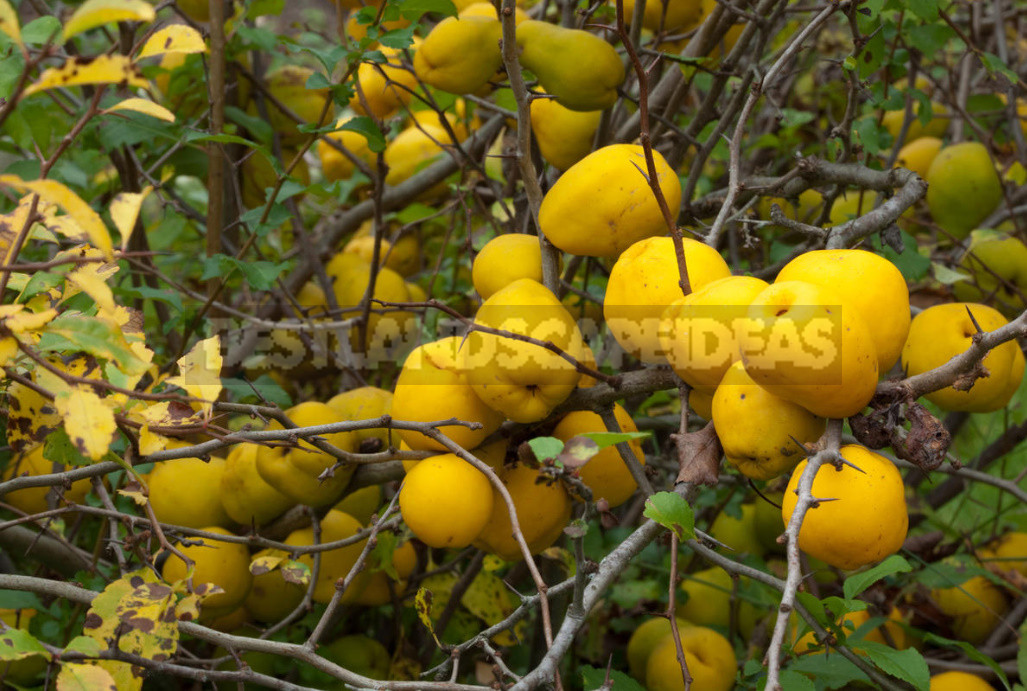 Respond well to fall pruning arborvitae, cypress, yew and spruce. But it is important to guess the timing. In the middle lane in September, you can still spend cutting coniferous shrubs, and if necessary, and coniferous hedges. Later, these “green operations” is desirable not to carry out. If you do not have time, it is better to postpone them for the spring to eliminate the risk of reducing the winter hardiness of plants. 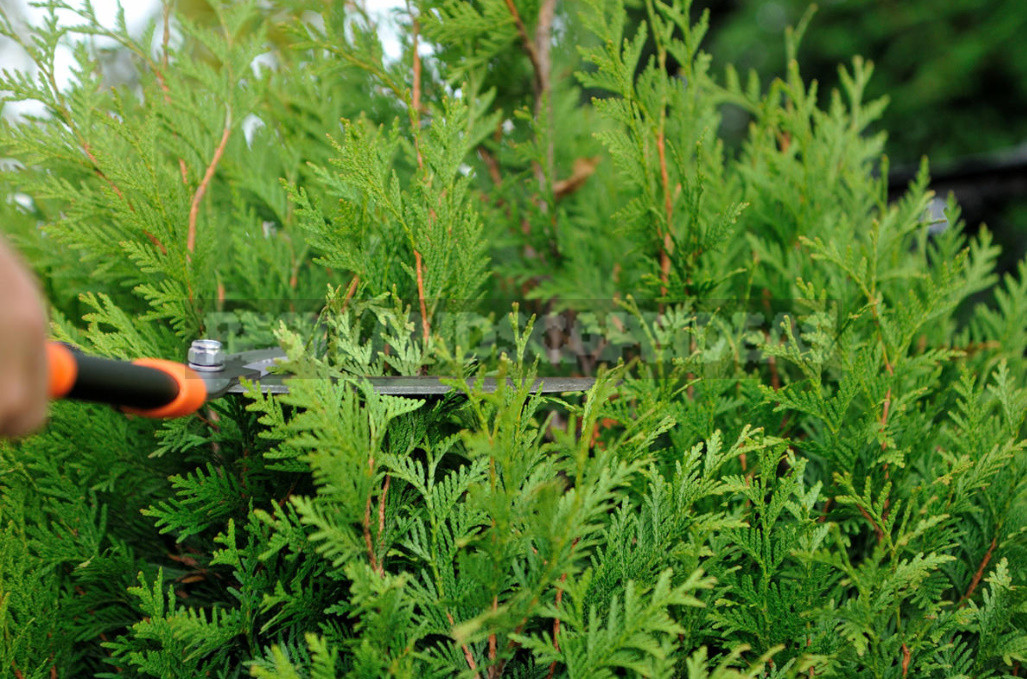 But the southern summer residents in a sense were more fortunate. They can form conifers not only in September-October, but also later, in late autumn.

From competent pruning to a large extent depend on the health and beauty, and the yield of the garden. For each species of plant there is an optimal time when this difficult procedure will be experienced the easiest and will only benefit him. What shrubs do you cut in the fall? Or do you prefer to postpone work until spring?

Convenient and Useful Nozzle On the Trimmer With Your Own Hands
Bell Pepper: Requirements for Heat and Light
How to Protect the Garden From Crows
Perfect Compost Box: Location, Material, Dimensions, Usage (Part 1)