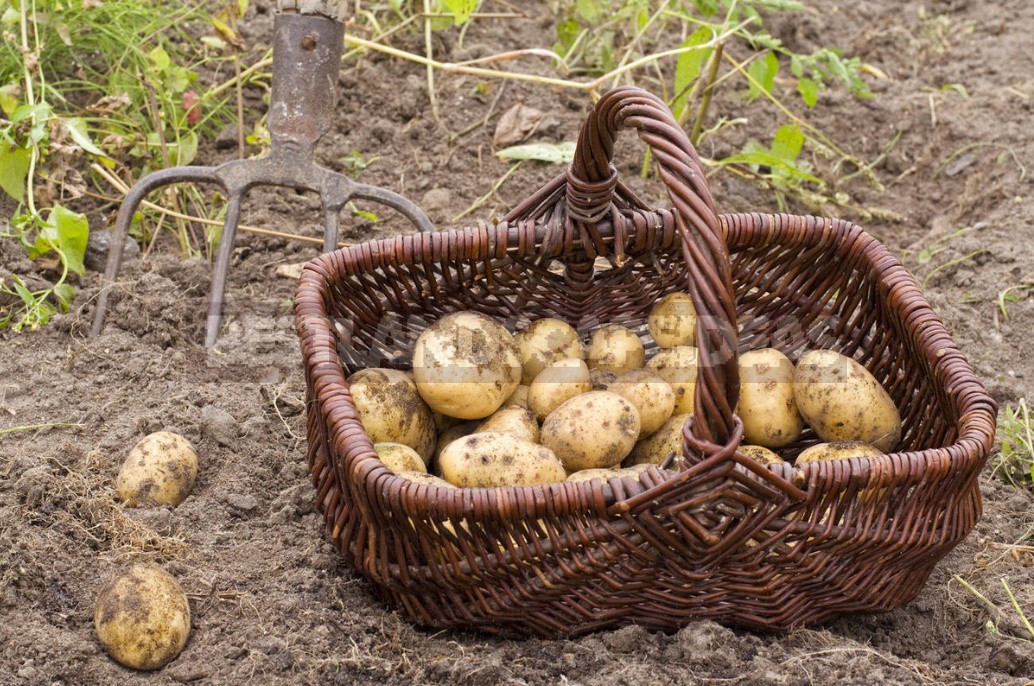 In the spring, summer residents Wake up after hibernation and get down to business. And there’s so much to do! What it costs to plant potatoes alone. Some people’s eyes are burning and their hands are doing it, while others have not had time to rest from their country cares during the winter. Should I give up on these potatoes and free myself from the tedious chores?

Potatoes are a traditional crop of vegetable gardens, but today more and more “advanced” summer residents refuse to grow it. There are also many enthusiasts who persist in their own way, continuing to plant and dig potatoes from year to year. I wonder: why and why?

Have you ever met a merchant who answers the question “are your potatoes delicious?» I would have said, ” No, don’t buy from me: it’s disgusting!”? The seller’s answer is probably Yes. It’s not even that he needs to sell his product as soon as possible. There is simply no clear answer to this question, because everyone has different tastes. Someone will find one potato disgusting, and another will be delighted with it. 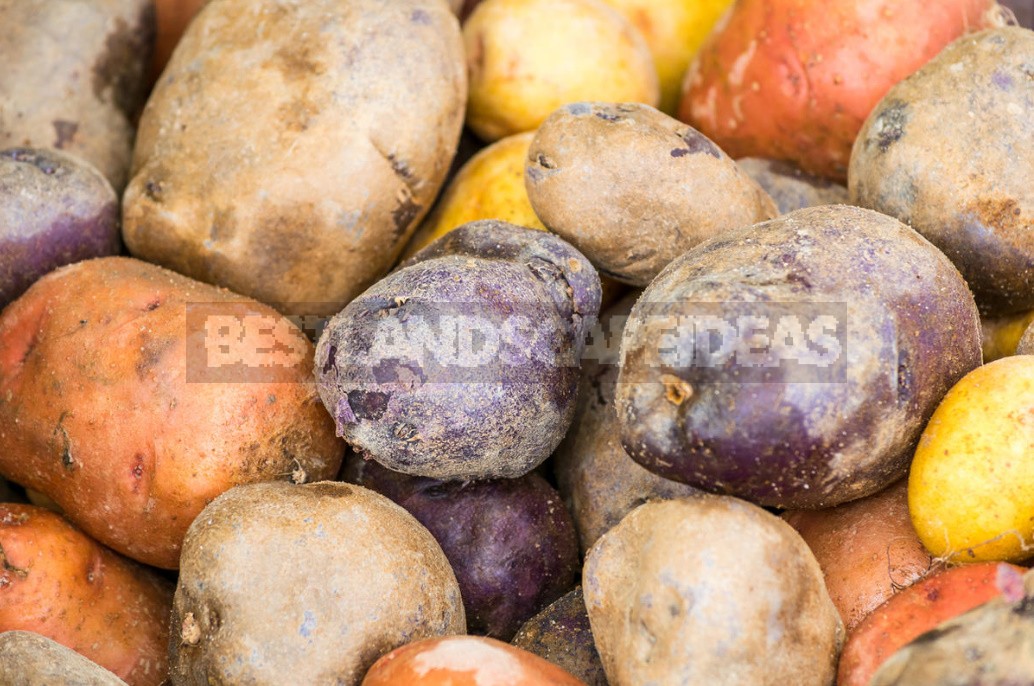 It is this factor that makes many gardeners grow potatoes themselves — the one that the whole family likes. All you need to do is experimentally select the “ideal” variety — and continue to grow it for many years, periodically updating the seed material. In this case, you will not have to track down the seller of “delicious” potatoes in the market and cry hot tears if he suddenly disappears from sight.

But even if you grow any kind of potato with your own hands and compare its taste with exactly the same store, the first one will definitely win. Why is this happening? Do plants feel our love and care and in gratitude give tubers that do not go to any comparison with the store? 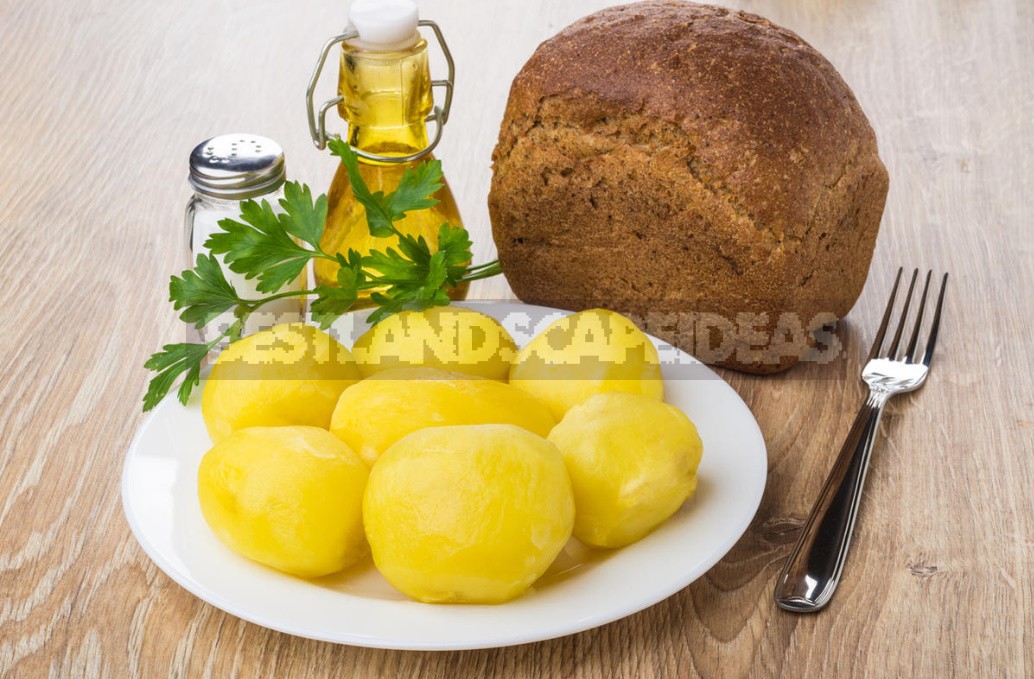 The boom in the chemical industry has made our lives easier, but it has also crippled us. Chemistry reigns everywhere today: from the counters of a horticultural store with killer fungicides and insecticides to shelves with food that can hardly be called useful anymore. Only an experienced cottager, seeing in a store or on the market surprisingly large tubers of potatoes without a single flaw, will wonder how much it took “chemistry” to get such a beautiful crop.

Trying to avoid the consequences of eating “synthetic” vegetables, people run out of town, where they start digging and plowing with great enthusiasm and first of all allocate a plot for potatoes. Even if chemicals are used for processing seed tubers or spraying vegetating plants, then only according to the instructions and in the correct time frame. And if you maintain the health of the bushes exclusively with folk remedies, then the price will not be such potatoes! 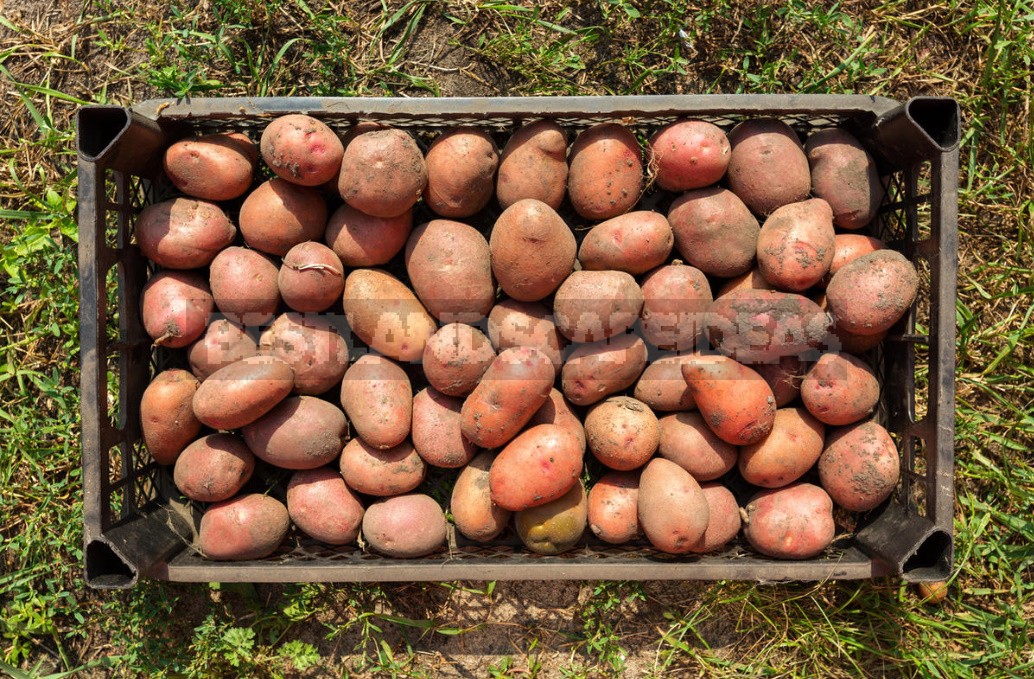 If a person lives in a private house, and the garden is next to him, then the advantages of growing potatoes are undeniable. First of all, this is budget saving: you do not need to spend money on buying vegetables of unknown quality. You can take care of plants at any convenient time: go out of the house-and do as much as you want.

The villagers are on it: they build capital cellars and grow potatoes so that it is enough not only for food, but also for future planting. If the farm has livestock and poultry, then the fertilizer is already ready. The maximum that you will have to spend money on is insecticides from beetles. 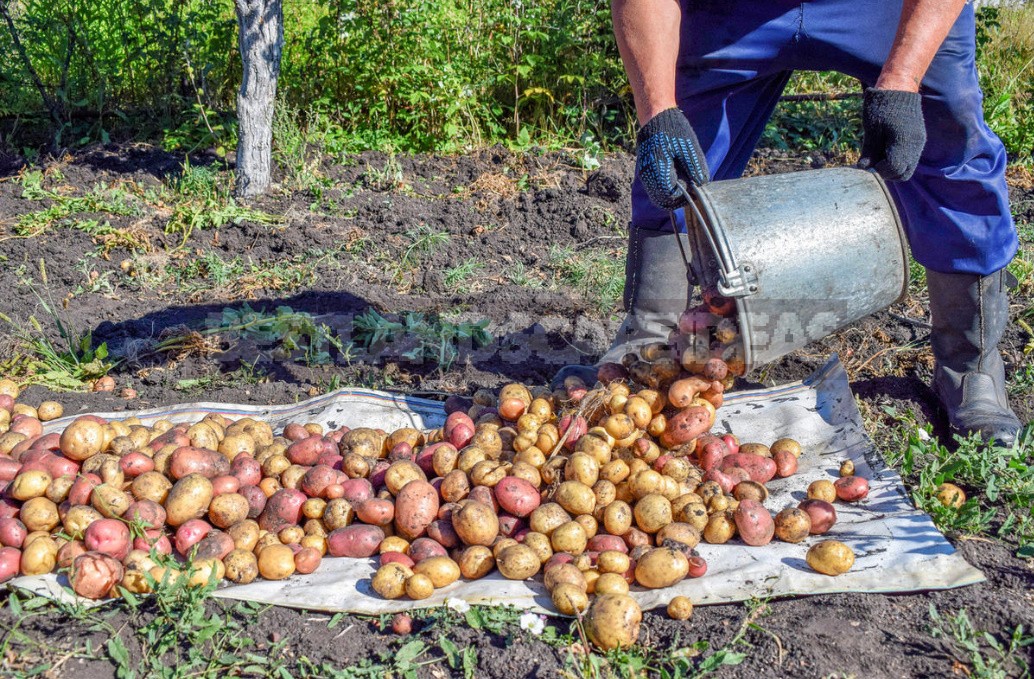 Another question is when the potato plot is located outside the city, and it is not only long to get to it, but also expensive. You will have to go back and forth regularly, because this vegetable requires attention, and its first enemy — the Colorado beetle-forces you to be on your guard all the time. And how much per season will you have to spend money on just one trip? And fertilizers? What about protection against pest diseases? Wouldn’t it be easier to buy potatoes in a store? 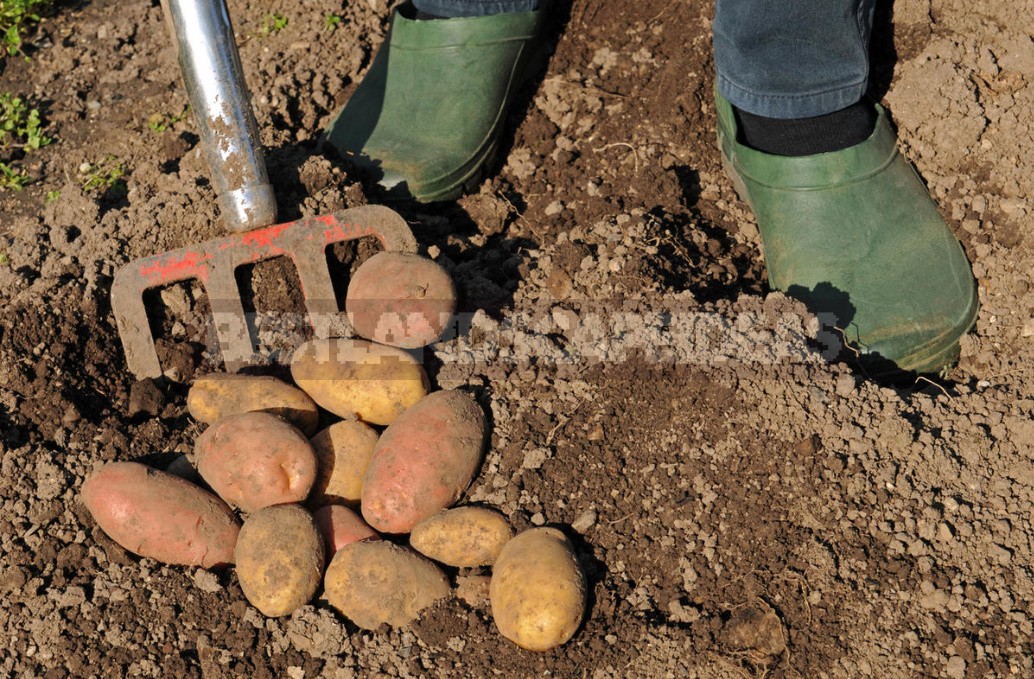 4. Plot of land with fertile soil

Potatoes have won the fame of an unpretentious culture. But for some reason I think that this title was given to him by those gardeners who grew vegetables on fertile land. I came to this conclusion after many years of trying to get a more or less tolerable crop of potatoes on their poor Sands.

The Herculean effort that had to be put into growing potatoes, began to be especially distressing when I watched my aunt, the happy owner of a garden with a rich black soil, literally playfully achieve an excellent harvest. At the same time, she never used any fertilizers: in their village, it is simply not accepted to “spoil” potatoes, they are growing well. 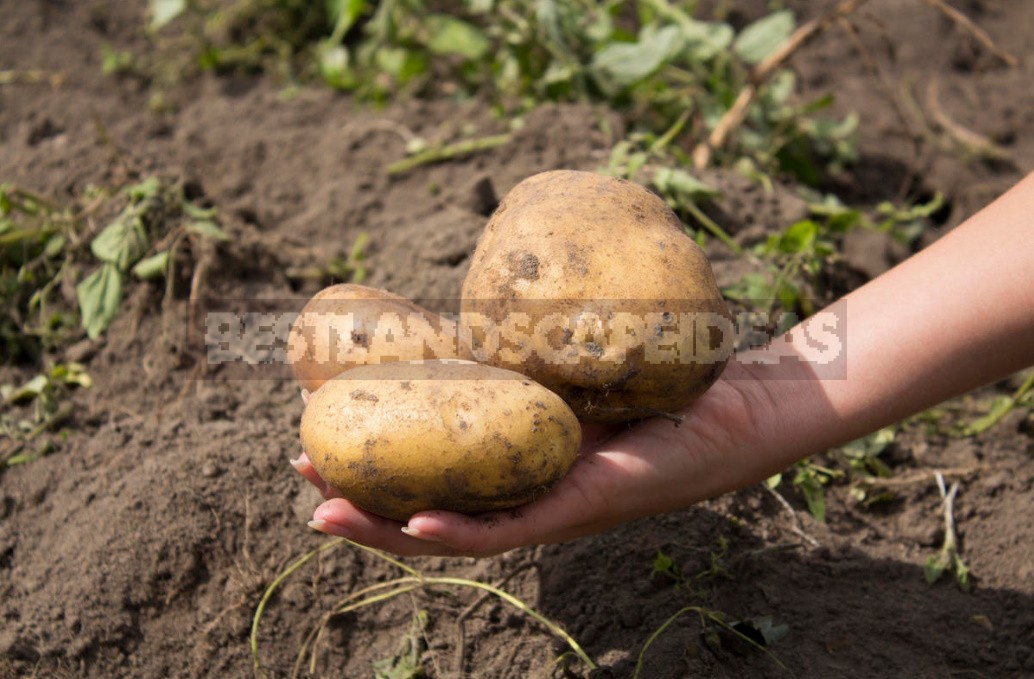 Last season, I decided to free myself from the potato yoke: I bought a couple of bags of tubers in the fall, which we more than enough for the entire winter, and so far I do not regret anything. But if I had such a rich land at my disposal, like my relative’s, where potatoes roll like cheese in butter, I would hardly refuse to grow this crop.

When a person has a lot of free time, the lack of useful activities quickly leads him to despondency. Therefore, psychologists from all sides trumpet that leisure should be filled to the brim with Hobbies-interesting Hobbies that bring moral satisfaction, inspire and fill with positive emotions. What kind of hobby it will be, it doesn’t matter at all, the main thing is the return.

If a person is irresistibly drawn to the earth, why not fill their leisure time growing potatoes? Why is this hobby worse than collecting stamps or cross-stitching? When digging in the ground brings peace and fills the soul with harmony, all other costs simply lose all meaning. In addition, such a hobby, in addition to moral satisfaction, will bring an additional bonus-some kind of harvest.

6. Alternative to a fitness club

Some comrades, growing potatoes, pursue another useful goal — to improve their body with regular physical activity. After all, you have to bow to this vegetable culture harder than any other. What is it worth just hoeing bushes, especially when they occupy a vast territory! 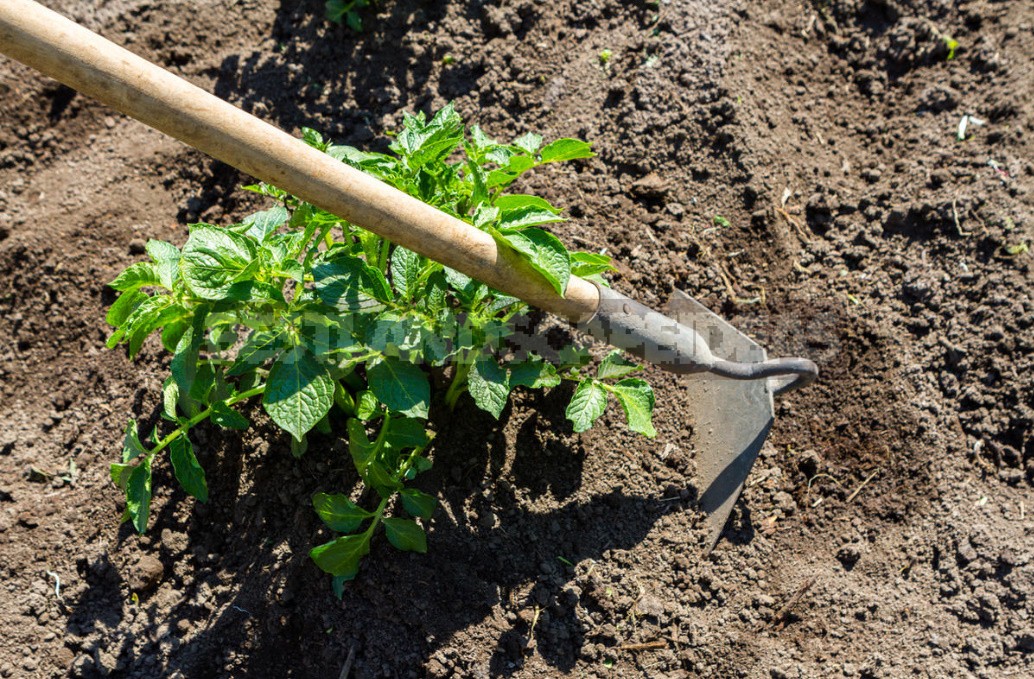 For example, my neighbor in the entrance hall after retirement became very fat from constantly lying on the couch. At first, in order to lose weight, she began to wind walking circles around the city. Not satisfied with the result, I went further: I revived an abandoned dacha and began actively planting, weeding, hoeing and digging potatoes.

The pensioner’s delight now has no limit! She was not only able to regain her former athletic form without spending extra money on fitness club subscriptions, but also provided herself and children with organic vegetables. 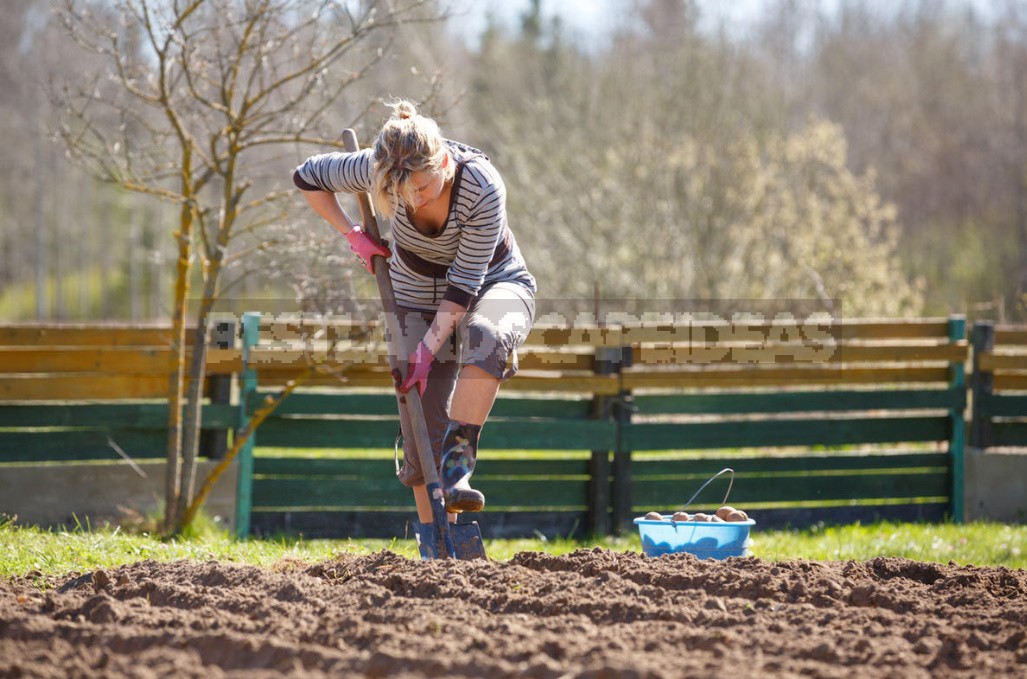 But if such an optimistic outcome of events does not happen for a potato grower, and growing potatoes not only exacerbates chronic diseases, but also causes new ailments, perhaps it is worth giving up such an occupation. It is better to go the way of less resistance — buy ready-made potatoes in the store.

It happens that the gardener does not manage to get a decent potato crop, and the cost of such a tedious task more than covers the final benefit. It would seem, stop planting potatoes — and sleep well. 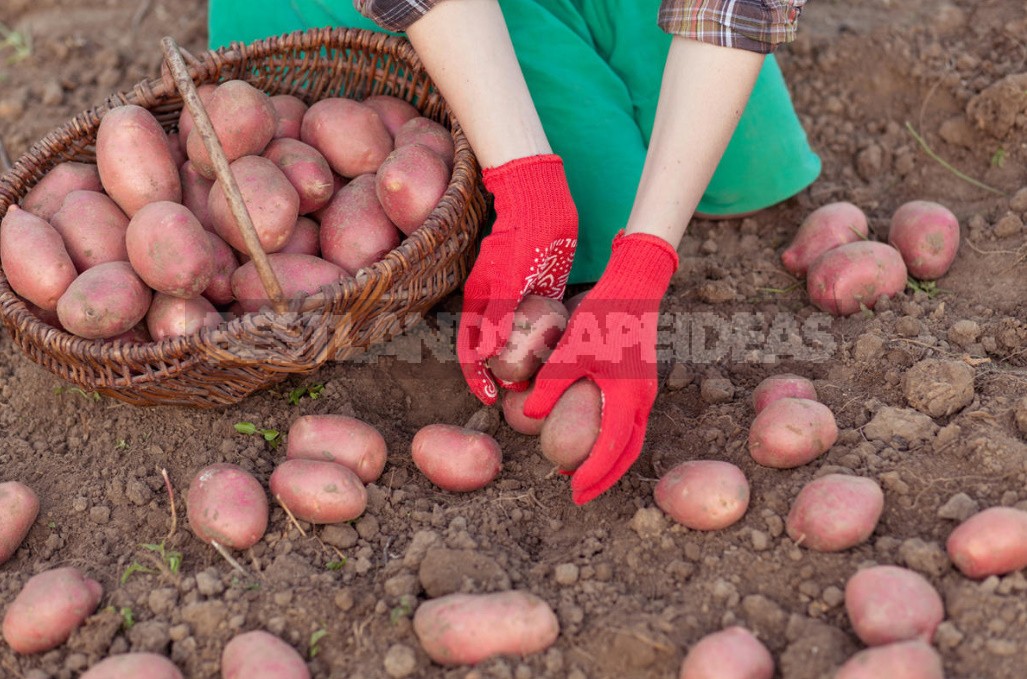 It wasn’t there! I can’t sleep well, because my conscience gets stuck. And why? Because potatoes were grown by parents, grandparents, and great-grandparents. To abandon such a family tradition is to disgrace yourself from head to foot in front of your relatives and make yourself look lazy.

If the “lack of respect” of potatoes causes such unbearable moral torment, it is better to plant and grow potatoes again. This logic may seem absurd to some, but a sensitive and vulnerable potato grower can’t do without it (there are more such conservative comrades among the older generation). Peace of mind is far more important than financial and physical expenses, isn’t it? 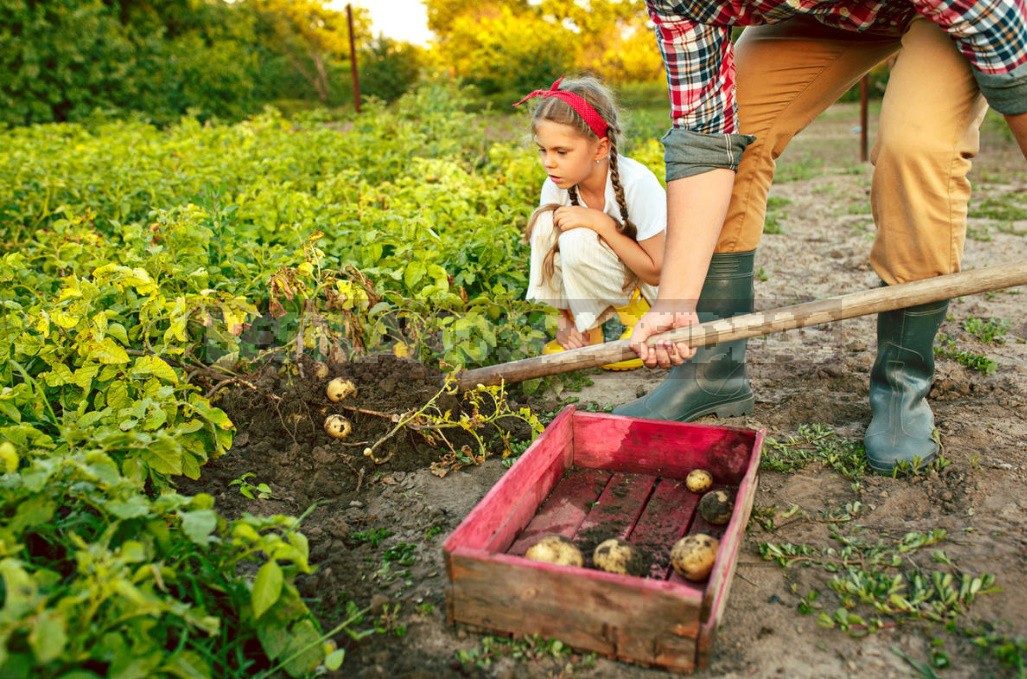 “To plant or not to plant potatoes?” – a classic question of the country genre. There is no single answer to this question, and there can’t be, because each of us not only has different tastes, but also different life circumstances. If you are firmly convinced of your “potato” rightness, do not impose it on another. Perhaps this other person sees in growing potatoes absolutely amazing charms that we never dreamed of. 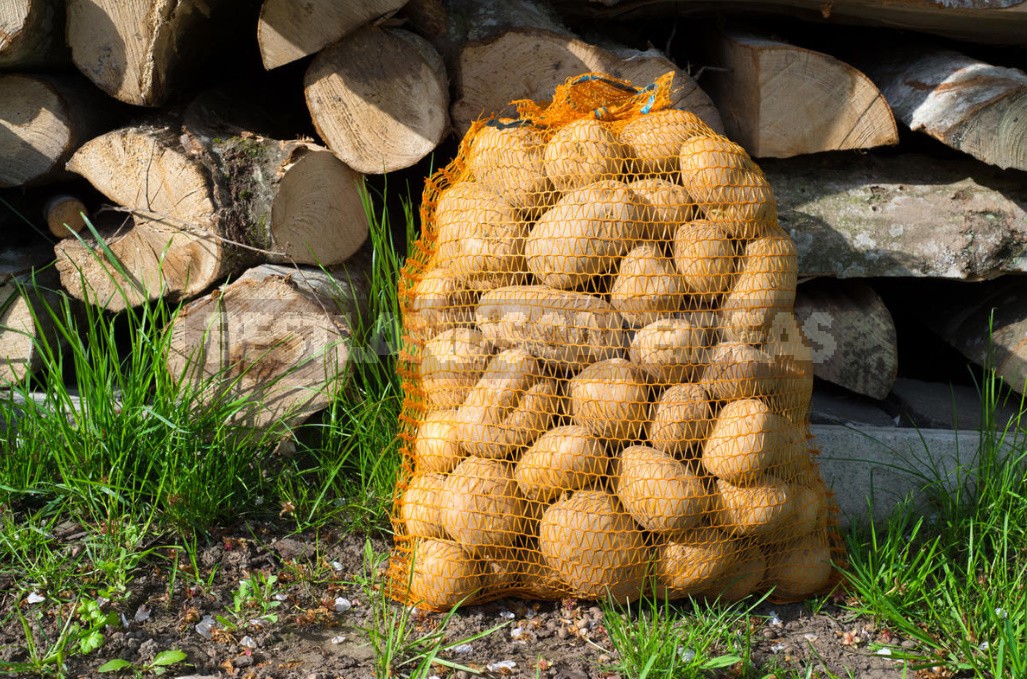 Dear summer residents, do you grow potatoes on your land plot? What is your goal in planting this vegetable year after year? Or maybe the potato crops and the cost of getting them didn’t impress you, and you gave it up? Tell us in the comments about your views on this pressing topic. 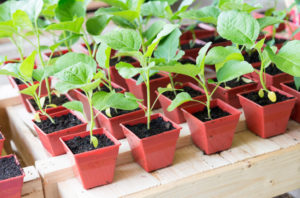 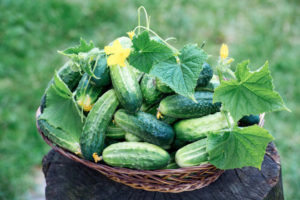 The Secrets of the Early Crop of Cucumbers (Part 1) 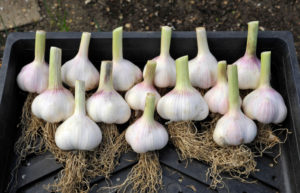 How to Get a Great Harvest of Large Garlic: My Experience in Growing 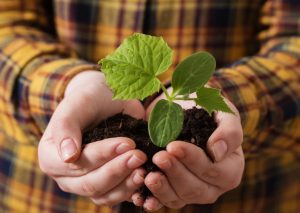 3 Unusual Ways of Sowing Cucumbers. Are They Really Effective