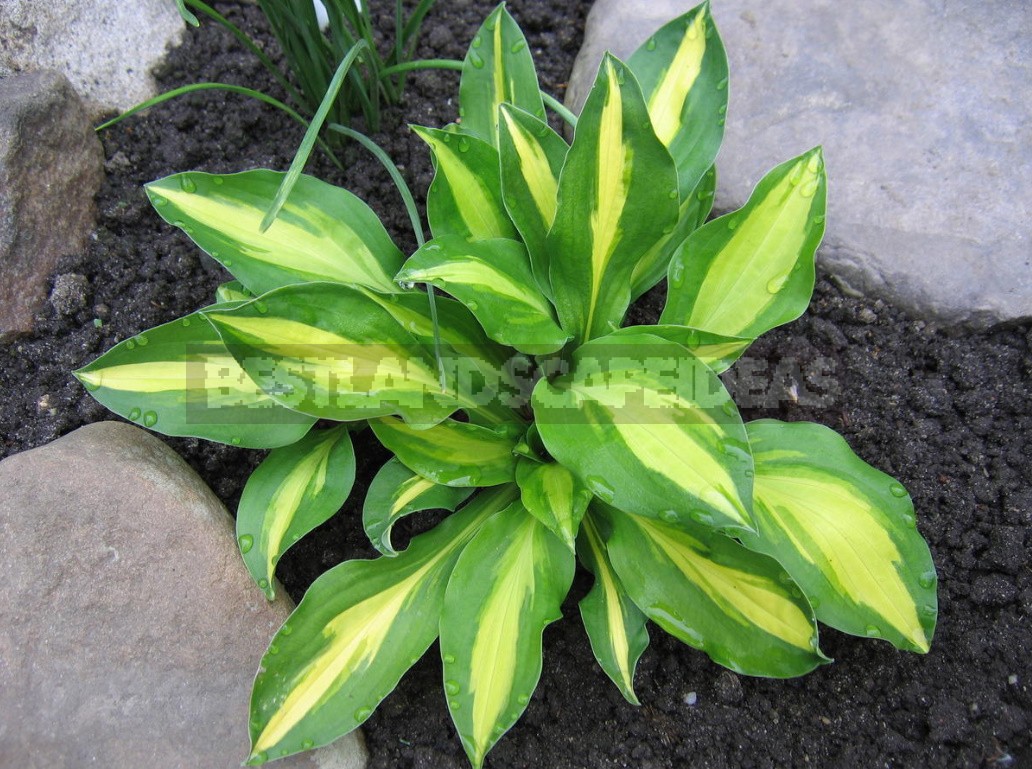 From previous articles, you have learned about Hosta preferences, choosing a place for them in the garden and planting features, as well as important rules of care, thanks to which plants will be able to reach their full potential. It’s time to talk about ways to reproduce these wonderful plants.

Propagation by dividing the Bush and cuttings

The most common ways to propagate Hosta are Bush division and cuttings. As a rule, Hosta easily tolerate the division of adult bushes (5-6 years) and in the future it does not affect the development of the plant. At an earlier age, division can slow down the normal rate of Hosta growth, but this also depends on the varietal and species characteristics of the plant. Some varieties at an early age tolerate division well, while others may slow down in their development and for 1-2 years practically do not develop. This is especially true for young plants propagated by the “InVitro” method.

The best time for dividing Hosta bushes is spring and late summer. However, experienced growers share Hosta almost throughout the season. 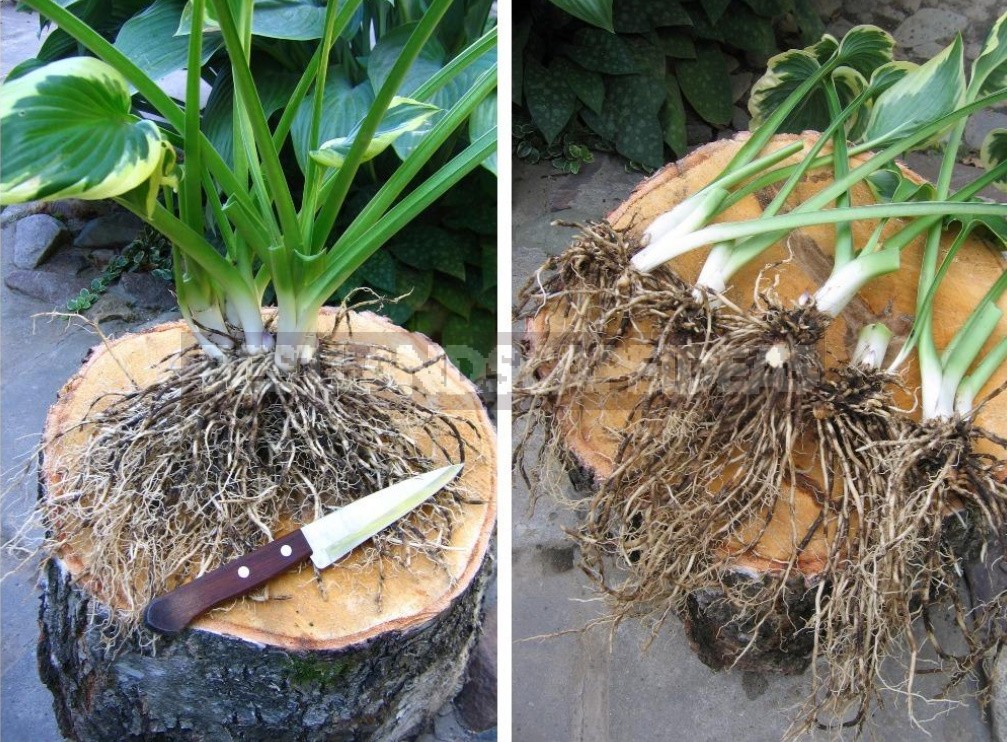 In spring, as soon as young shoots appear, Hosta is dug out and divided using a shovel, a sharp knife, or two forks stuck in the middle of the Bush “back to back”. The pitchfork is first brought together by holding the handles, and then pushed as wide as possible, while the root system is injured less than when cutting the Bush with a shovel or knife. 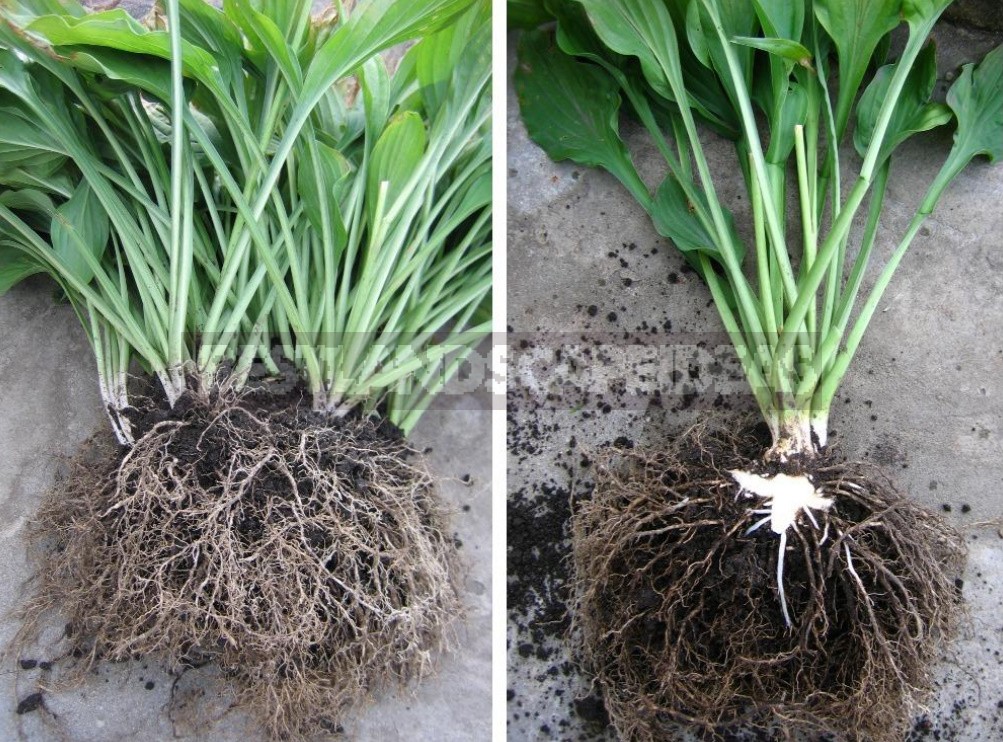 You can also not dig out the entire Bush, but separate part of it in the form of a triangular piece, the sharp part of which is directed outward, not in the center. The resulting void in the mother Bush is filled with a fertile earth mixture.

Often, when dividing the Bush, shoots are accidentally broken off or cut off-rosettes with almost no roots, but with a piece of rhizome – “heel”. This shoot-cuttings are planted separately in a greenhouse or in a shady place, under a transparent plastic bottle, where, as a rule, the Hosta socket takes root within 2-4 weeks. 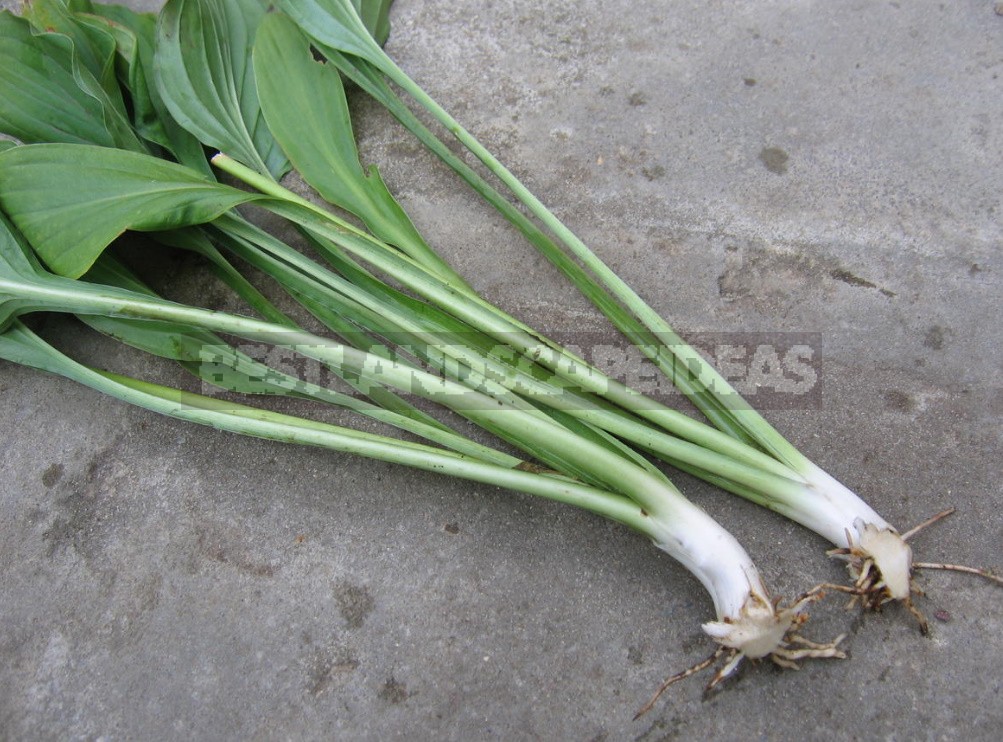 To reduce evaporation and faster rooting, the leaves of cuttings are recommended to be cut by one-third or even half. Usually, young bushes are propagated by cuttings or cut off individual rosettes with a “heel” in adult plants, without digging Hosta out of the ground. 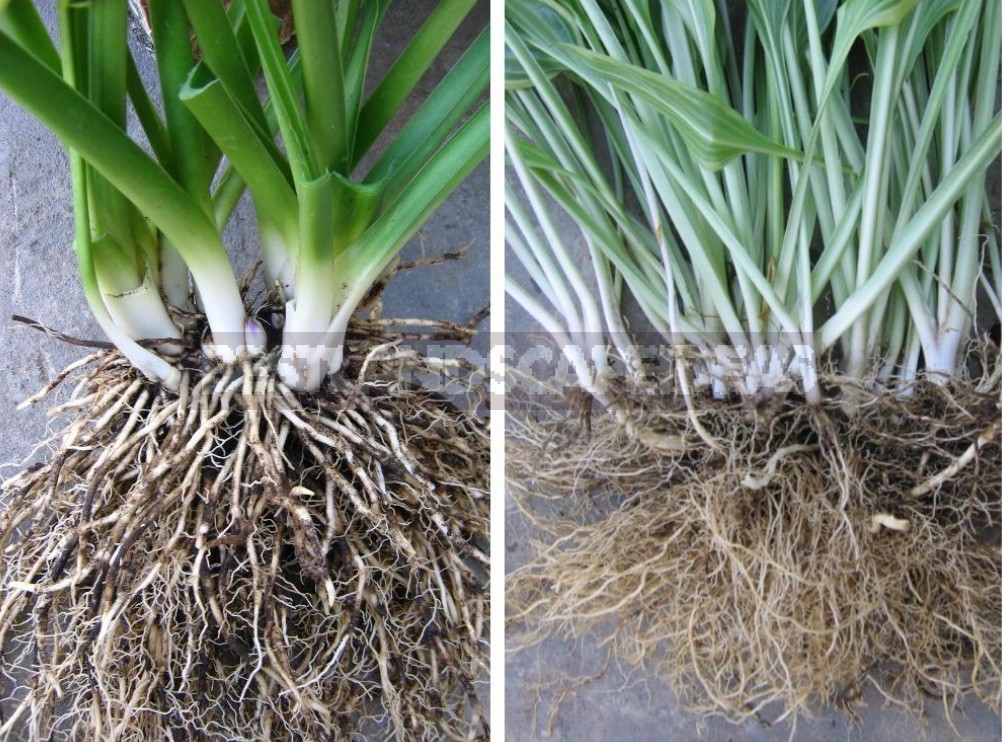 Sometimes it is difficult to do this, since some varieties of shoots grow very tightly to each other, and it is not always possible to cut the stalk successfully. But for Hosta with a long-root system, this is quite simple. These Hosta shoots are loosely arranged, so it is not difficult to separate the stalk.

Hosta can also be easily propagated by seeds. But not all varieties easily tie seeds, in addition, their quality is significantly affected by the weather conditions of the season. And seedlings, as a rule, do not preserve varietal characteristics, so most often in this way propagate species Hosta, which slowly grow, for example, H. Tokudama. The seed progeny of many Hosta can be very diverse, and this property is used for breeding purposes. 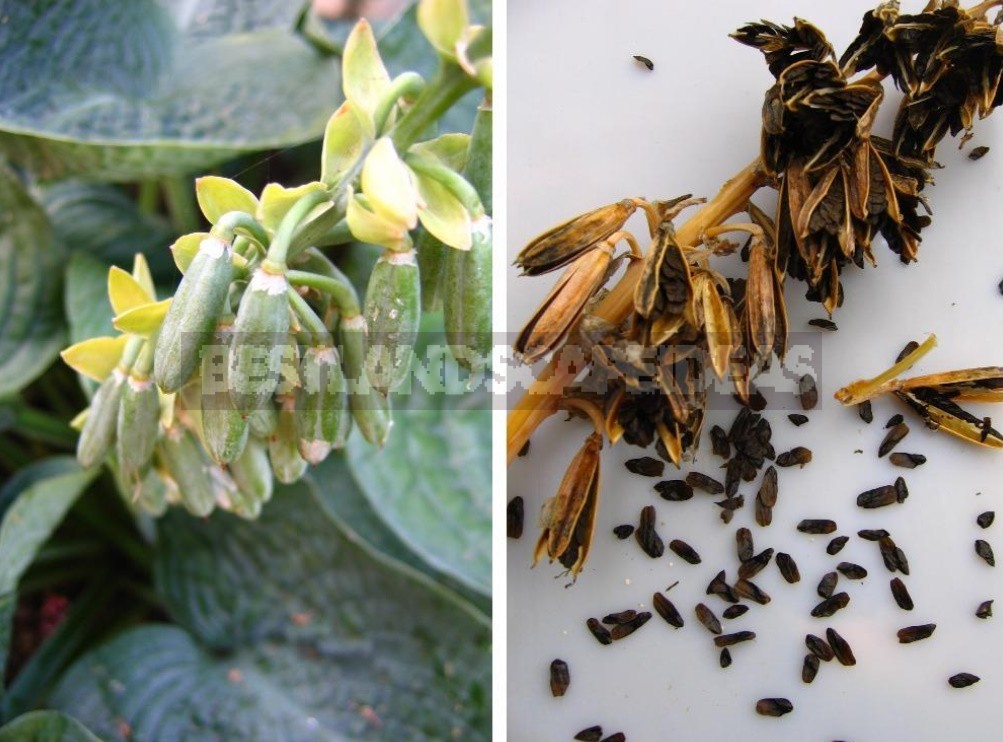 Sowing of freshly harvested seeds is carried out under winter or cold stratification is carried out for them for 3-4 months. Seedlings develop quite slowly and achieve a decorative effect only for 4-5 years of life.

Hosta from a test tube

Separately, I would like to tell you about the most modern and effective method of vegetative reproduction Hosta, used on an industrial scale by specialized nurseries. “InVitro”, literally translated from Latin — “in glass”: such plants are grown in test tubes. This method allows you to multiply and put on the market large batches of the same variety in a short time.

To date, two methods of propagation “InVitro” are used in the production of planting material: microclonal and meristem.

In the microclonal method of reproduction, a shoot separated from the parent plant or even a Bud is placed on an artificial environment, providing the desired temperature and light conditions, while constantly maintaining a certain humidity. After a few weeks, the grown plants adapt to the new conditions, and they can again be divided into cuttings or buds and re-planted for propagation in test tubes. 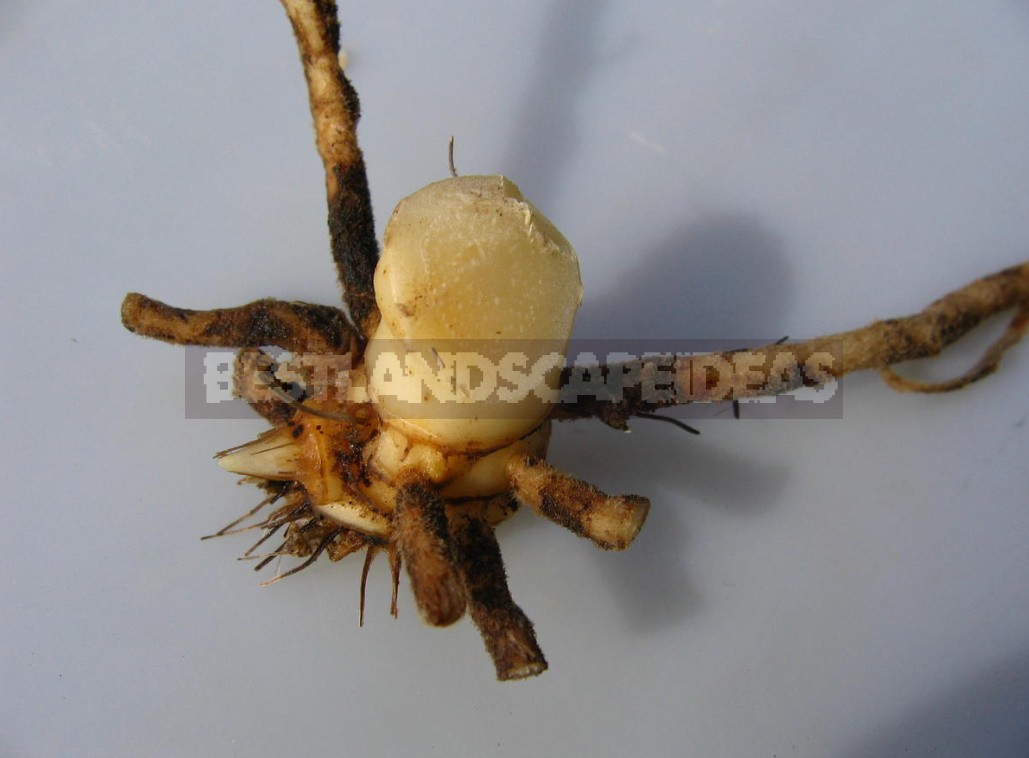 The microclonal method of reproduction allows you to get tens and hundreds of thousands of plants from a single Bud or shoot of a mother plant year-round and in the shortest possible time. A significant disadvantage of this method of reproduction is the spread of dangerous Hosta virus diseases, which, unfortunately, does not happen so rarely.

Meristem propagation, or tissue culture method, is used to heal the mother plant from viral infection and other dangerous diseases. Cells located in the deepest part of the kidneys are called meristem cells, and the presence of viruses and other diseases is minimal.

After special health-improving procedures, fragments of meristem tissue are extracted under a microscope and placed on artificial environments where cells give life to new plants. Each of these plants is subjected to the most complex analyses to detect viral infection, at the slightest suspicion, a cull is carried out and only from healthy plants clones are selected for further reproduction. 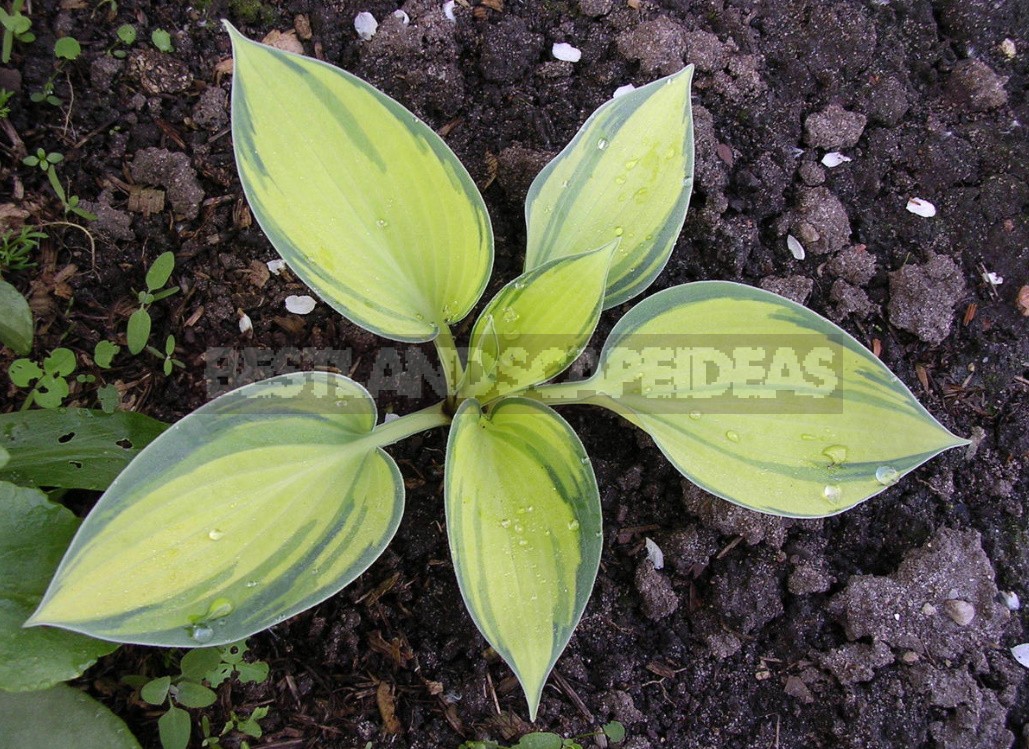 Unfortunately, and contrary to popular belief, not always produced by such methods of reproduction “InVitro” plants retain 100% varietal characteristics of the Queen. Some components of artificial environments can cause inherited changes in cells. Sometimes a clone is so different from the parent plant that such a beautiful mutant is assigned the status of a new variety. 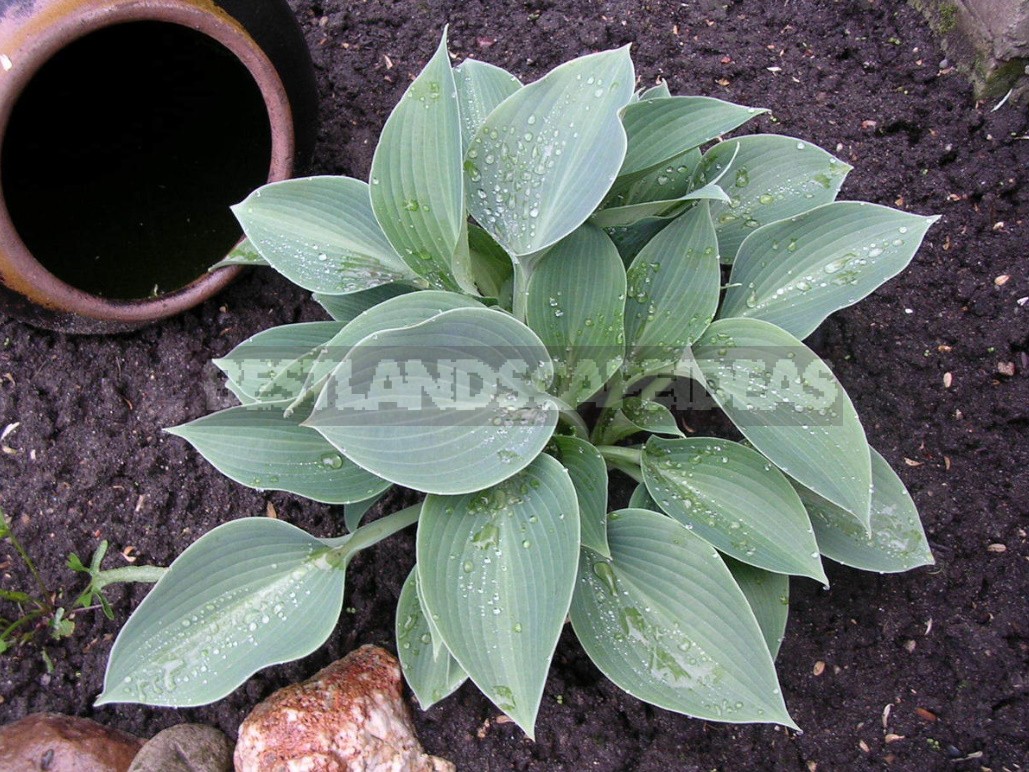 Such a story, for example, happened with the famous and very popular variety ‘June’, obtained by microclonal propagation of Hosta ‘Halcyon’. Therefore, the mandatory stage of this method of propagation is to check the plants for varietal purity. Unfortunately, some firms neglect this stage of verification, rushing to distribute new varieties as quickly as possible and pursuing purely commercial interests.

Buy varietal Hosta, propagated by the “InVitro” method, in a vegetative state with fully expanded leaves and a closed root system — then you can compare the plants with the original varieties as accurately as possible. 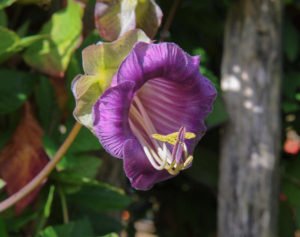 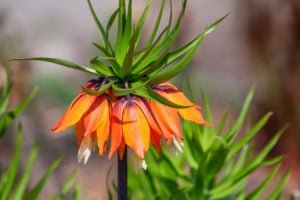 Fritillaries – Decoration of your garden 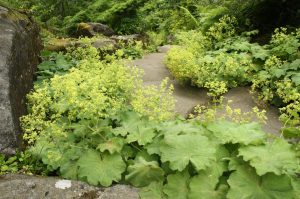 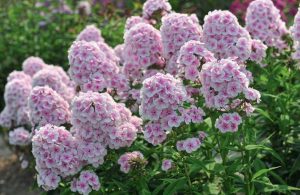