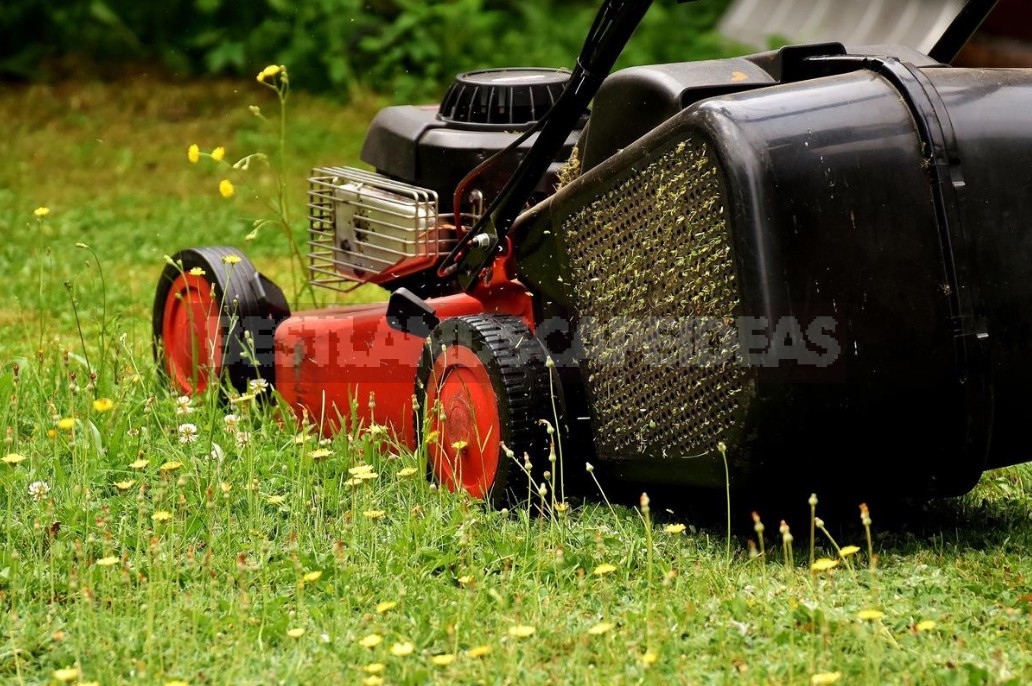 In our garden Association, only the most negligent have not yet got lawnmowers and trimmers. Now on weekends, everyone mows their weeds. Just like in Europe.

Why didn’t we have lawns

I remember my husband, in front of his astonished neighbors, ramming down former potato beds with homemade skis that he made out of clapboard and tied with wire to his galoshes. This was the first lawn in our cooperative, which then safely degraded, overgrown with clovers and covered with moss, because it is impossible to make a perfect lawn on a separate plot, surrounded by clearings of uncut dandelions.

Creating the “right” lawn is quite troublesome, requiring not only knowledge, but care and perseverance. My friend, who is famous throughout the district for amazing parterre lawns, takes a very long time to prepare the soil, literally rubs it with her hands, mixing it with dolomite flour, holding it under a roofing material so that no weeds will sprout. You must have a remarkable will to win to achieve such unthinkable results. 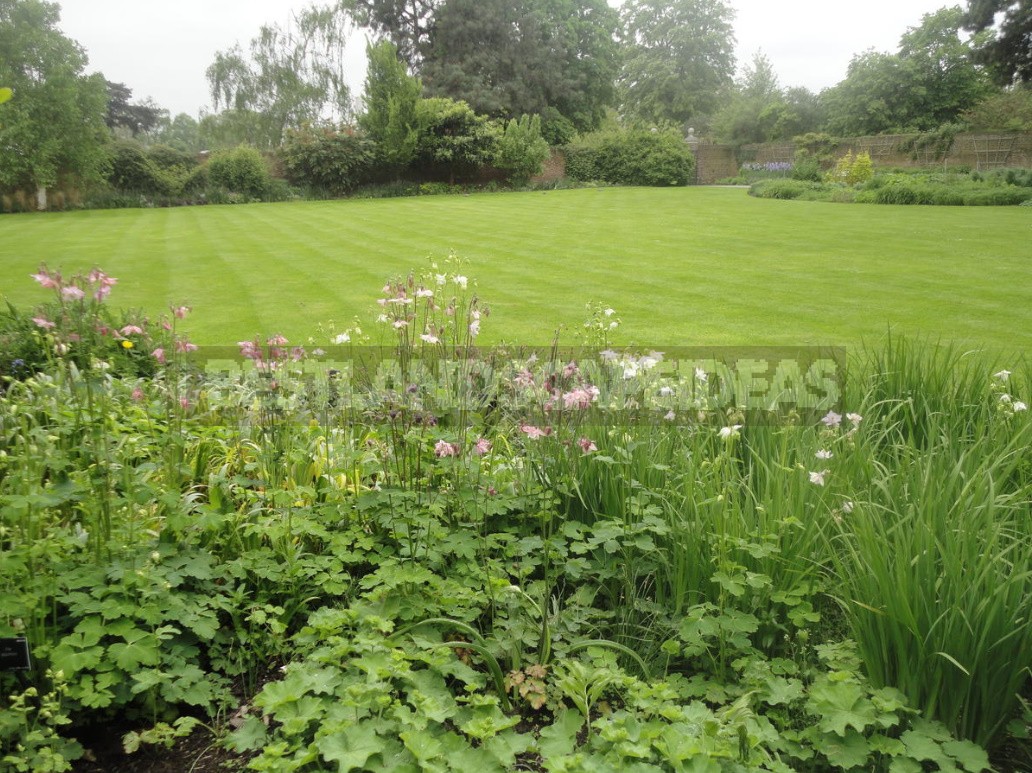 People just hired someone who, in the old way, that is, oblique, a couple of times during the season, mowed down their land. Now he has a gasoline trimmer and does the same job, but for different money.

From the history of the English lawn

Well, what happens in the home of lawn culture, in England? There is a legend that, they say, a good lawn turns out if it is stubbornly mowed for three hundred years. The most interesting thing is that such a lawn actually exists. It is located in the family estate of the Dukes of Northumberland, in Sion Park, on the Thames. A 1761 guide to London refers to the “magnificent lawn” that was created on the estate by landscape architect Lancelot brown.

Somewhere in the 20s of the XIX century, the estate changed the Tudor formal garden to the fashionable “landscape”. At the same time, apparently, the lawn was broken, which has survived to this day. The large square in front of the castle, according to the servants, was maintained in its original form all these years. Three hundred years have passed. I don’t know how this lawn hasn’t deteriorated over the years, but it looks pretty good. 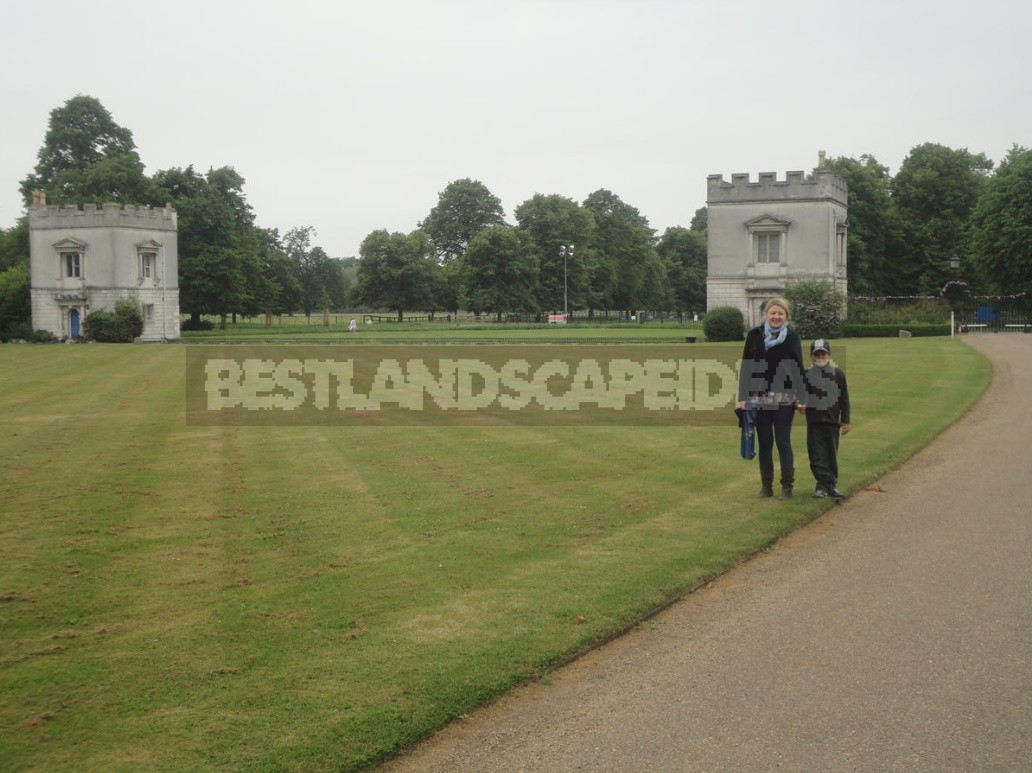 The lawn not only needs to be mowed, it needs to be fertilized, aerated; modern science offers a whole Arsenal of means for destroying mosses, weeds, etc. But, attention! The lawnmower wasn’t invented until 1830! This was done by the Englishman Edwin Budding. Maybe not the Steve jobs of his time, but he did have a certain impact on civilization with this invention.

The structure was based on a carpet clipper used in a factory in his town of Straub, in Gloucestershire. A rotating drum with blades that he had thought to put on wheels. Industrial production began two years later. It was set up by the Ransom brothers company, which is still alive and makes lawn mowers. These devices, made of cast iron, were so heavy that they were often used on horse-drawn vehicles. Only forty years later, in 1870, the first lawn mower that could be operated by a human appeared. 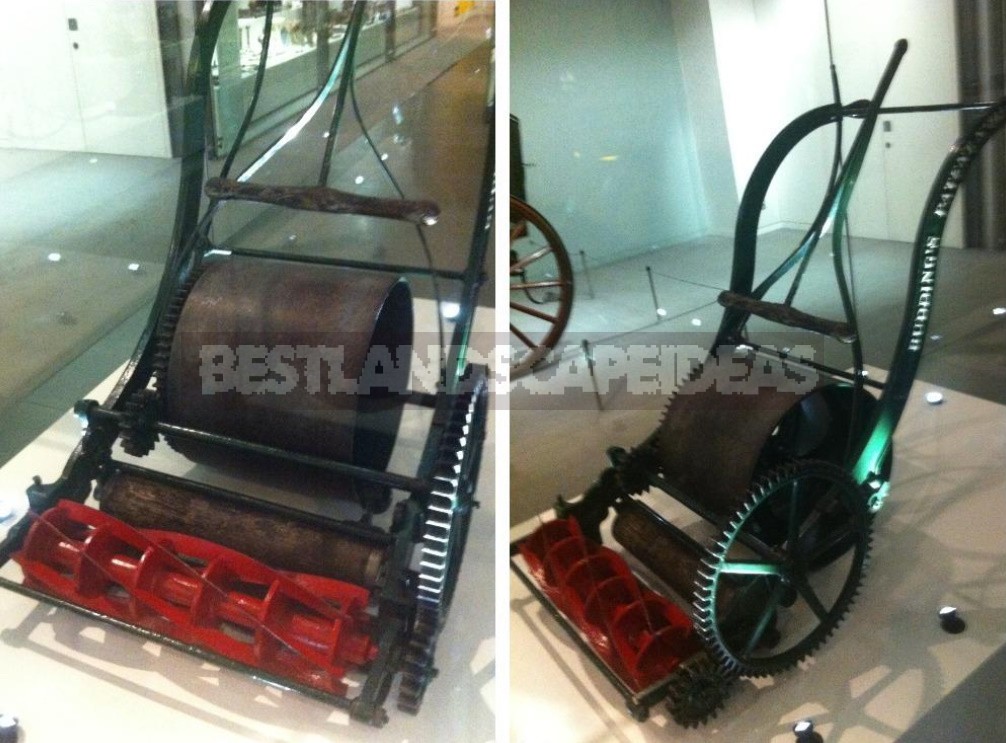 The greatest progress in the art of making lawns was made just after the invention of the lawn mower. Agrotechnical techniques for the arrangement of lawns and their maintenance were improved in Victorian times, in the XIX century, at the same time “licked” lawns framing lush flower beds and flowerbeds became fashionable. And still England is famous for its manicured lawns.

But have you ever wondered what happened before this invention? They were just sheep. They gave the English landscape such a “shorn” look. Constantly eating grass, they simply did not allow it to grow, performing the function of a mower. And any lawn owner knows that the more often you cut, the better the quality of the lawn. 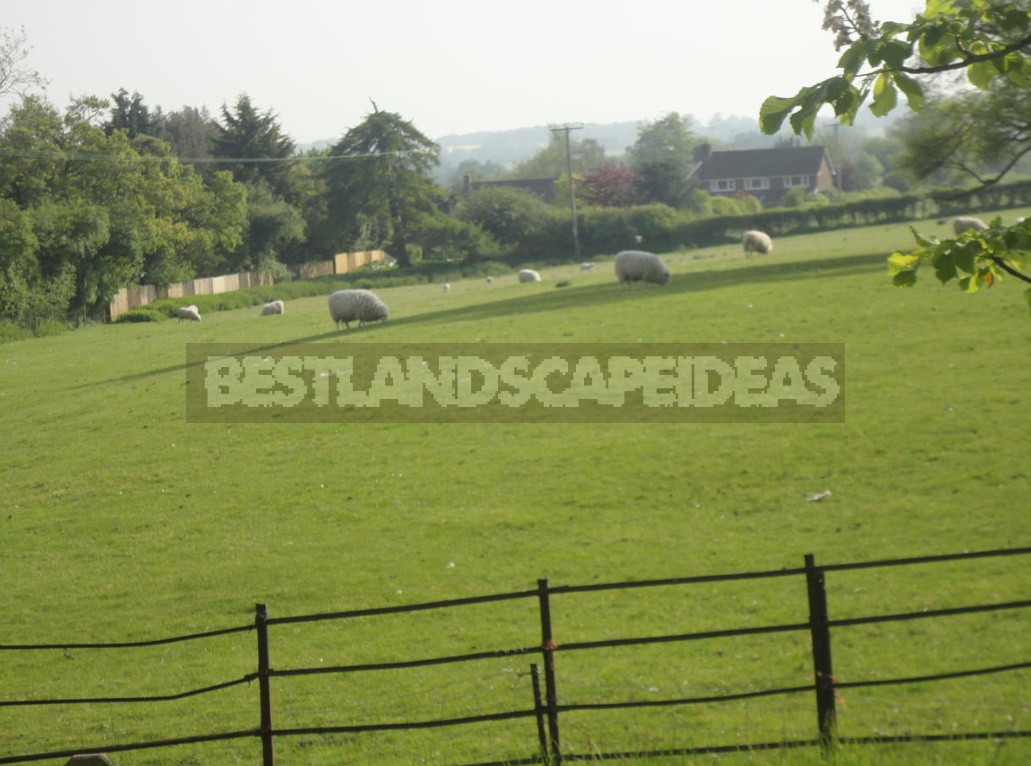 Sheep still do it. In large estates, where it is physically impossible to mow the grass, they graze freely, while fertilizing the grass with the products of their life. Such a touching and pastoral picture can be seen, for example, in Royal Windsor, and in Scotland, in the Royal Park Holyrood, and in the vast estate of the Dukes of Marlborough, where, by the way, Winston Churchill was born.

Of course, in modern city parks and squares, the lawn is maintained with all sorts of lawn mowers. At the same time, you can walk on it, lie on it, play some games. In the Green Park in Central London, on a fine day during the lunch break, white-collar workers eat their sandwiches, old ladies can immediately rent sun loungers to bask in the sun, children run screaming on the grass. In any public Park, you can sit down for a picnic, which the English do. 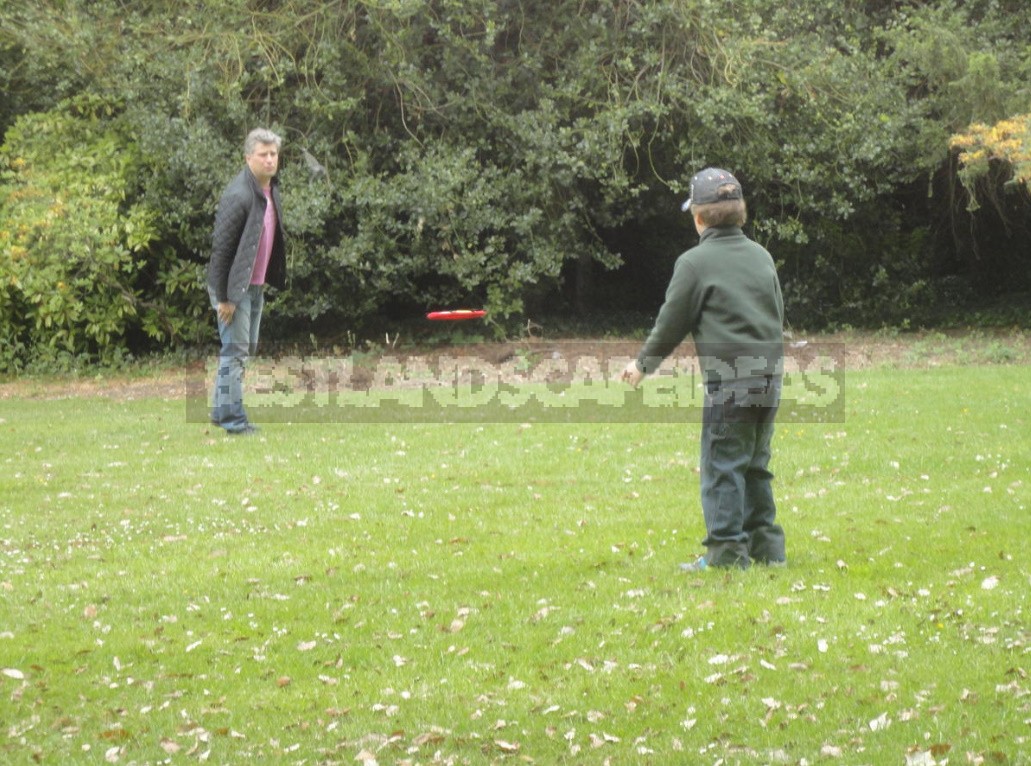 The English know how to take care of the lawn. Near the place where I lived in London, the lawn was damaged by dogs, which, in their usual canine habit of burying something, disfigured the landscape. Immediately a special service arrived, workers carefully cut out the damaged pieces, sowed new seeds and surrounded the area with a temporary fence. I wouldn’t be surprised if the area was treated with some sort of four-legged repellent.

However, the long-standing practice of cutting everything and everything has brought serious problems to England. Ecologists are sounding the alarm: insects have disappeared in the gardens, the number of birds is declining, although they have excellent conditions for wintering, unlike in snowy Russia. However, desperate attempts are being made to attract birds, in garden centers on sale all sorts of feeders, already filled with all sorts of Goodies, it remains only to hang in the garden. 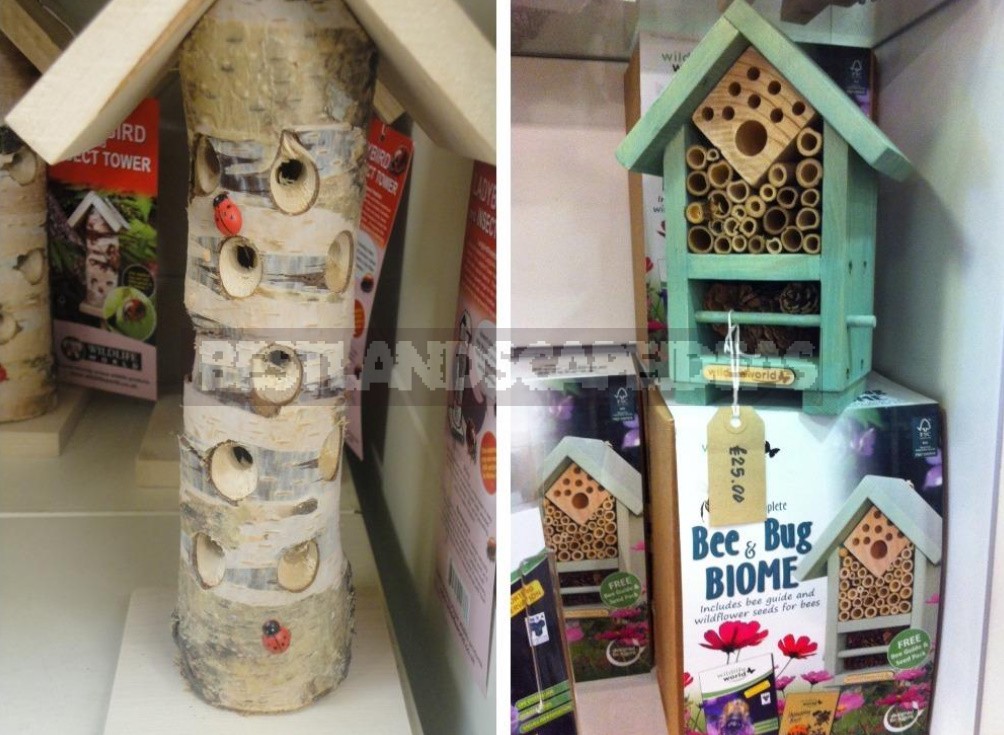 Along the Thames in the Kew Riverside area, there are posters of snails, which are quite rare and need protection. The success of chemistry in pest control has led to the disappearance of aphids, and with it the ladybirds that feed on them. It has come to the point that houses for ladybirds and bumblebees have been invented! And all because the insects have no place to settle and reproduce.

In recent years, there have already been some changes in the public consciousness. Even in the year of the Golden jubilee of Her Majesty the Queen of great Britain, I was struck by the absolute well-groomed territory of the Kingdom. With the help of special equipment, even the roadsides were mowed down. After driving five thousand kilometers, I didn’t see any wild bushes or dandelions anywhere. They have achieved their goal, this flower has become a kind of Botanical rarity, children probably know it only from pictures. 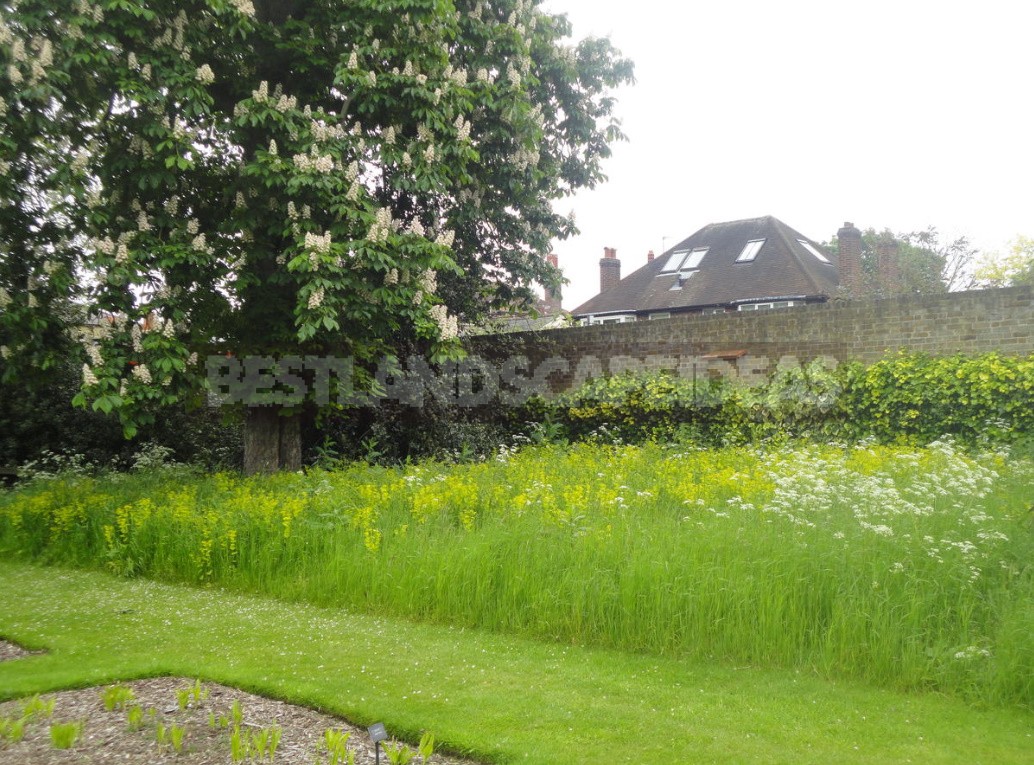 Ten years have passed, and in the year of the diamond jubilee, you could see a completely different picture. Herbs are allowed, not everywhere of course, but where possible and appropriate, to grow freely. In parks, flower beds are mowed down, leaving everything untouched on the periphery. In the long grass with the help of a lawn mower, only paths are made that you can walk on. 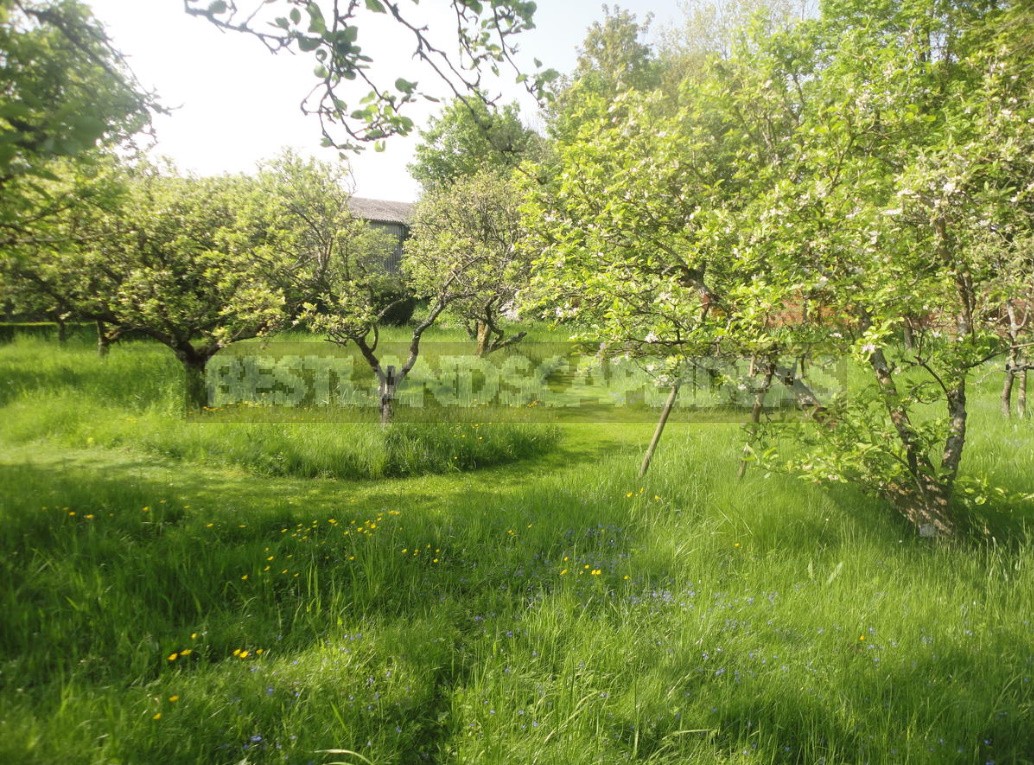 This technique works well in the Royal Botanic garden at Kew, where whole Islands of wild vegetation are preserved in this way. Tellingly, none of the visitors do not come to mind to trample the grass to weave wreaths and bouquets. I’ll tell you more, surprisingly carefully preserve the nettle thickets!

In recent years, there have already been serious shifts in public consciousness. In 2001-2002, if I remember correctly, at the Chelsea flower show, a man-made “garden of weeds” won the gold medal, where Aegopodium podagraria and nettles grew, and in the middle lay an overturned rusty coal cart found somewhere in an abandoned mine in Wales. This victory was a kind of sensation, which marked the beginning of a new direction in gardening – “naturgardening”. 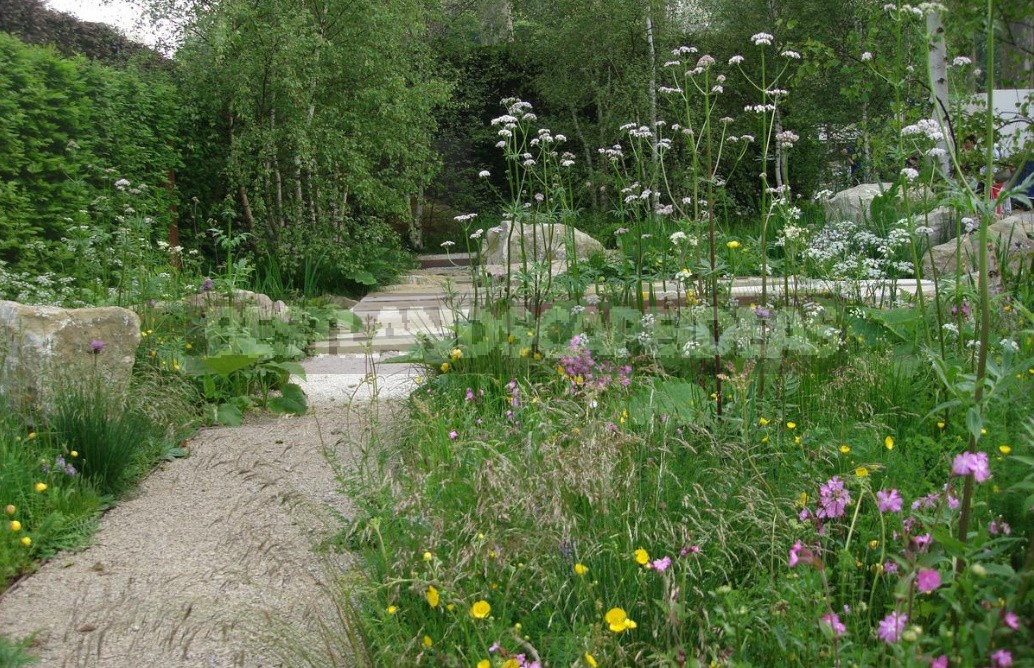 Since then, the rare flower show does without natural-style gardens. “The dominance of weeds”, as it is qualified by observers, went beyond this event and began a triumphal March through the country.

Should I mow the lawn or not?

It is probably necessary to cut hair, but with the mind, leaving intact the existing biocenoses and giving nature the opportunity to reproduce itself in an unchanged form. And we must be lucky that nature has not yet managed to fall under the total pressure of civilization with its chemicals, herbicides and lawnmowers. 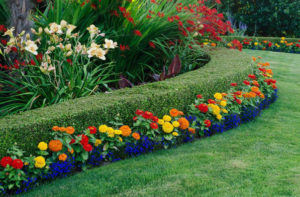 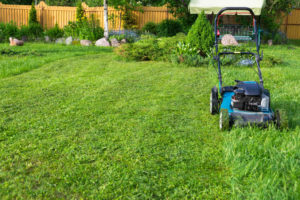 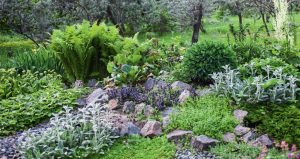 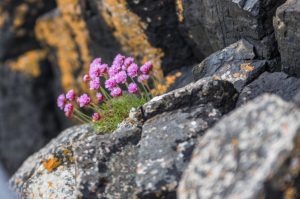 How To Build An Alpine Slide: 6 Original Ideas