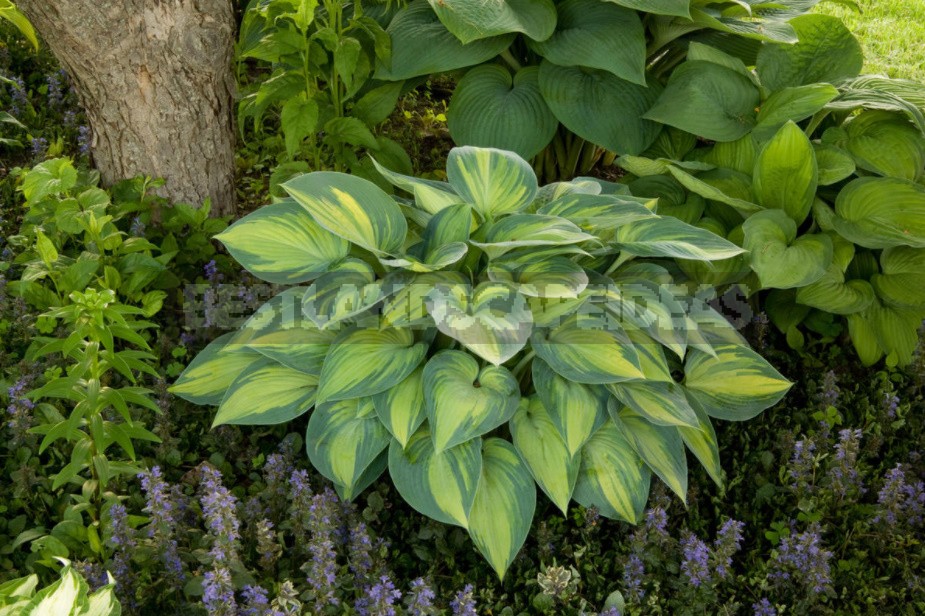 Having become the owner of a long-awaited garden, developed small plots of land and planted their first-born plants, weekend cottagers inevitably face care problems. What are they? Rare watering and weeding, irregular feeding, untimely treatment of pests and diseases — a standard set of difficulties for gardeners who do not have the opportunity to visit the site often.

But this problem can be easily avoided even at the stage of designing your site and selecting the assortment. If you can not afford to pay due attention to your green Pets, then you should immediately bet on low-maintenance and unpretentious trees and shrubs, herbaceous perennials. At the same time, I want to note that there are no garden plants, especially decorative forms and varieties that can be planted — and forget about caring for them. Even the hardiest will need at least a rare watering in the hot, dry summer. 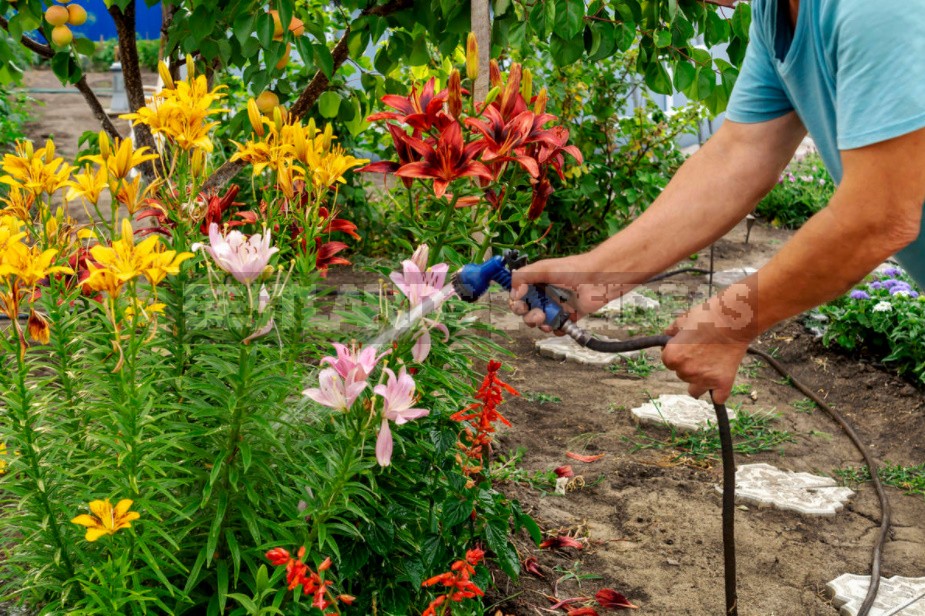 But before you get acquainted with the “Spartans”, let’s clarify what requirements must meet he is not capricious plants: 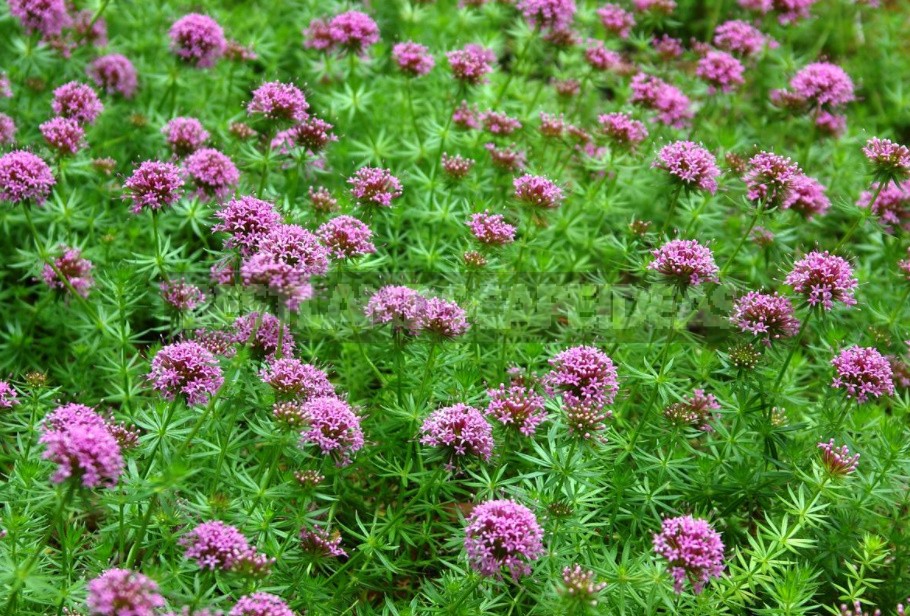 I have combined all the selected plants into several groups so that you can easily navigate when selecting green Pets for your site. I present you the first two groups of spectacular low — yield perennials-sun-loving and shade-tolerant.

Plants for a flower garden in the sun

You will have a lot to choose from, because there are a lot of such plants. Of the bulbous ones, the list includes only some unpretentious species, as they deserve a separate material. We will briefly mention the well-known species that were discussed more than once on the site. And about the plants that we have so far ignored, we will talk in more detail.

On the farmstead of parents in the front garden always grew a row of these Oriental beauties. I was convinced of their stability when my mother became very ill and could no longer take care of her flowers. Asian lilies bloomed for many years even after she was gone. 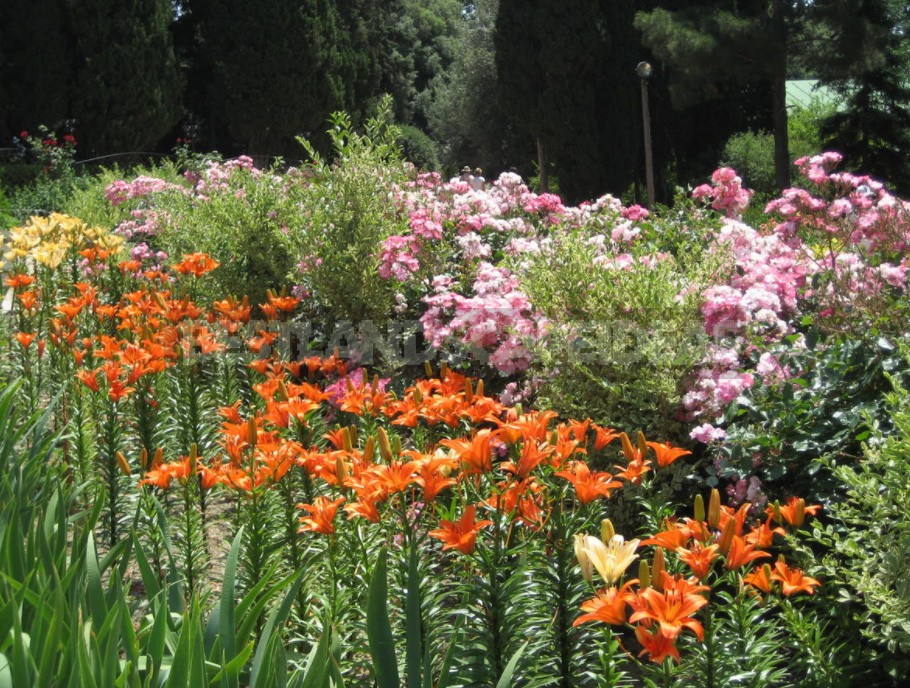 Often adorn the so-called front gardens “behind the yard”. Often these are narrow strips of land bordering the road. Here and the hose does not reach, and water buckets do not apply. Nevertheless, these asters never fail, they bloom luxuriantly from mid-August to autumn frosts. 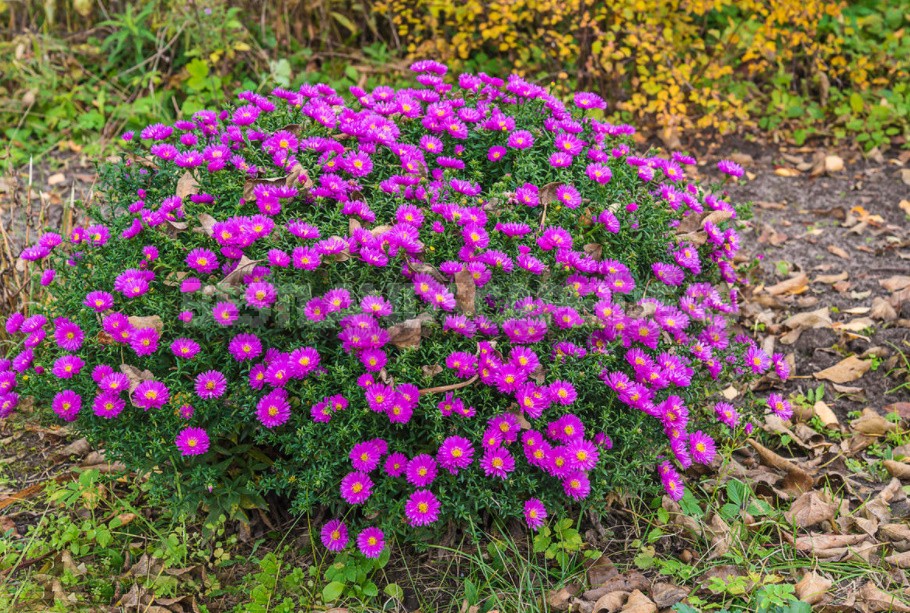 They are interesting not only in flowering, but also in beautiful leaves and spectacular fruits. 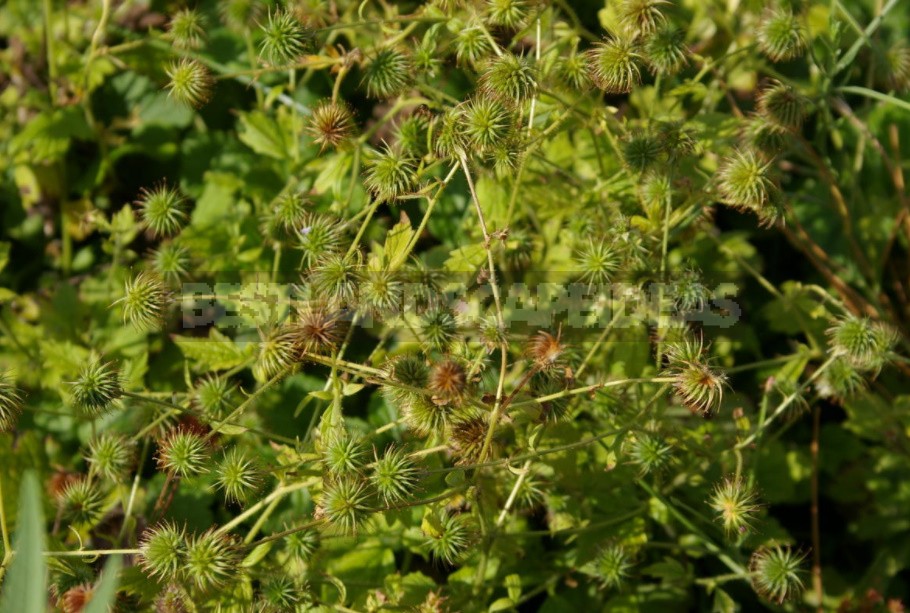 Centranthus ruber has a great vitality. It grows among the stones as if from nowhere-giving the impression that there is no soil, water and, of course, fertilizing. Very beautiful during flowering (which, however, the longest Mediterranean sea will please southerners).

In fact, the requirements of Кniphofia х hybrida for moisture and soil fertility are somewhat exaggerated. It grows for a very long time in one place without compromising the exoticism of flowering. 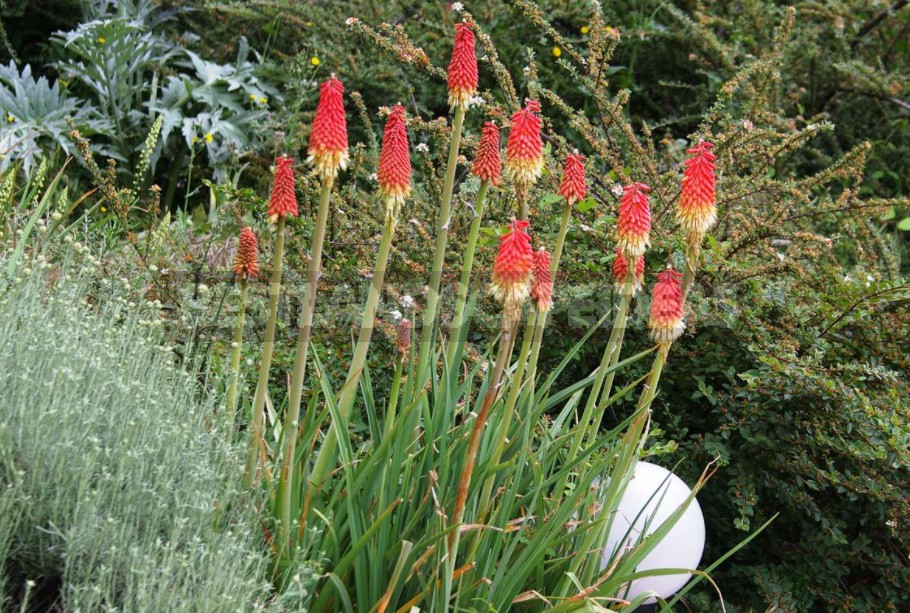 It is they who, with the reputation of the plant of lazy intellectuals, live and delight us with magnificent flowering. 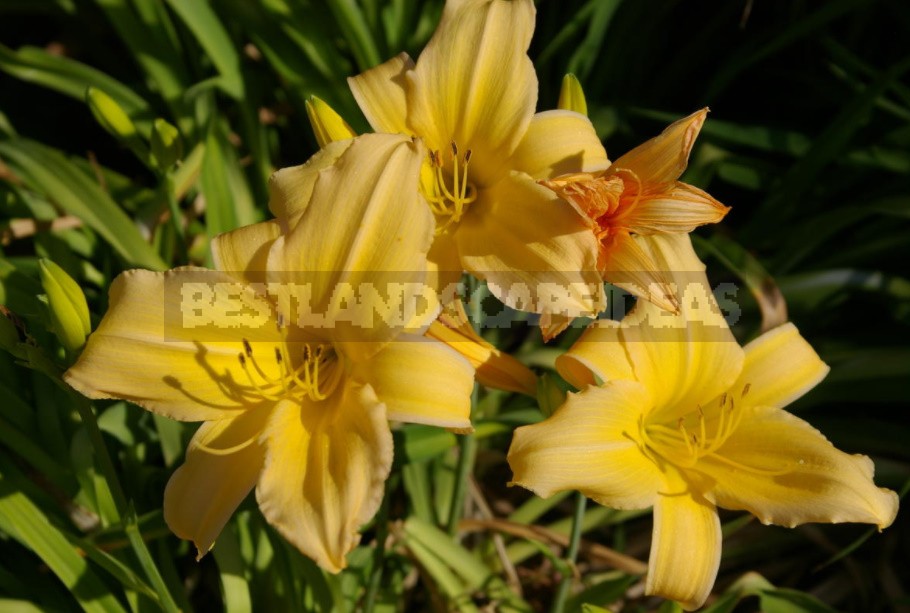 Euphorbia rigida is interesting not only in flowering, but also in fruiting. It also looks good in rockeries, falling picturesquely from low retaining walls. 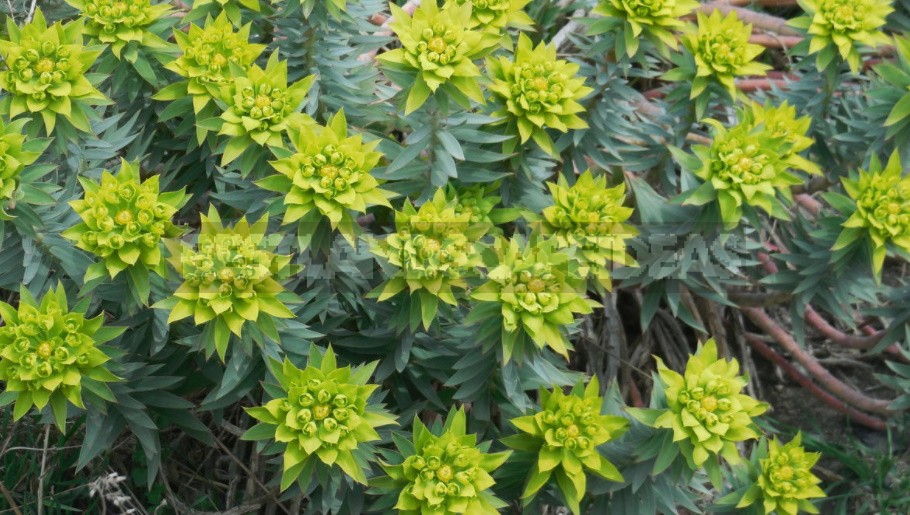 Among the most diverse daisies, Leucanthemum maximum has long and firmly held the title of one of the largest. 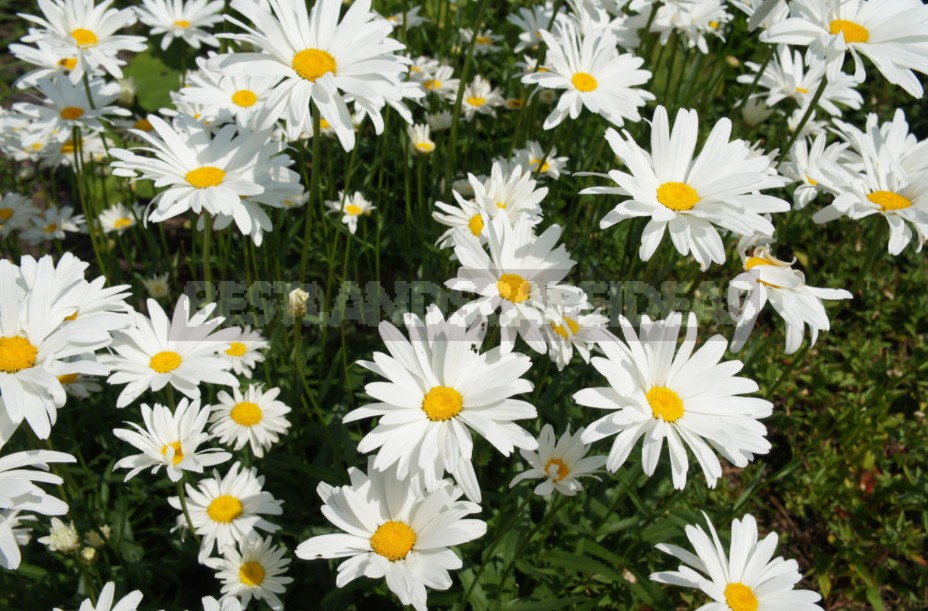 These succulent plants have a great future, guaranteed by many very attractive species and varieties. 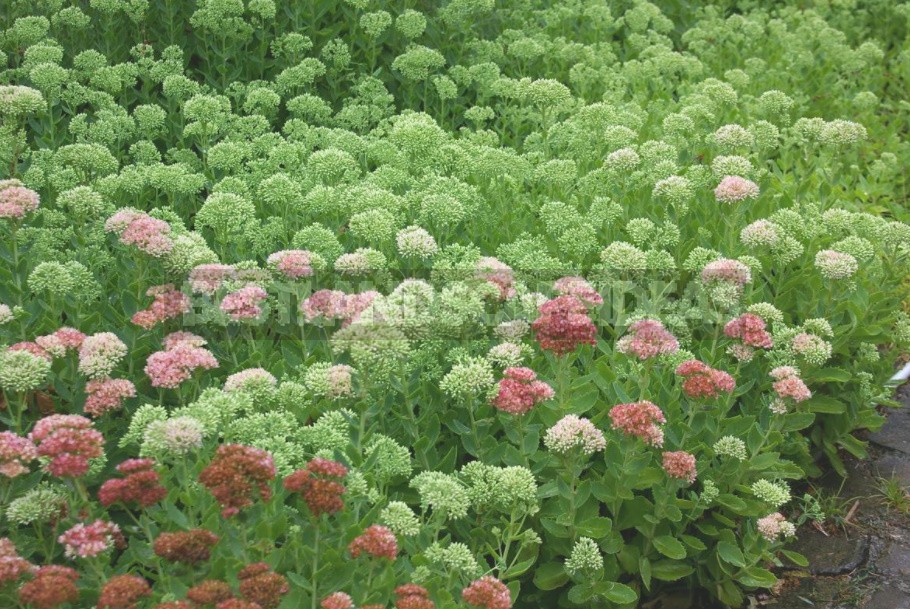 Penstemon digitalis is a luxuriant tall perennial similar in bloom to Campanula and Digitalis. 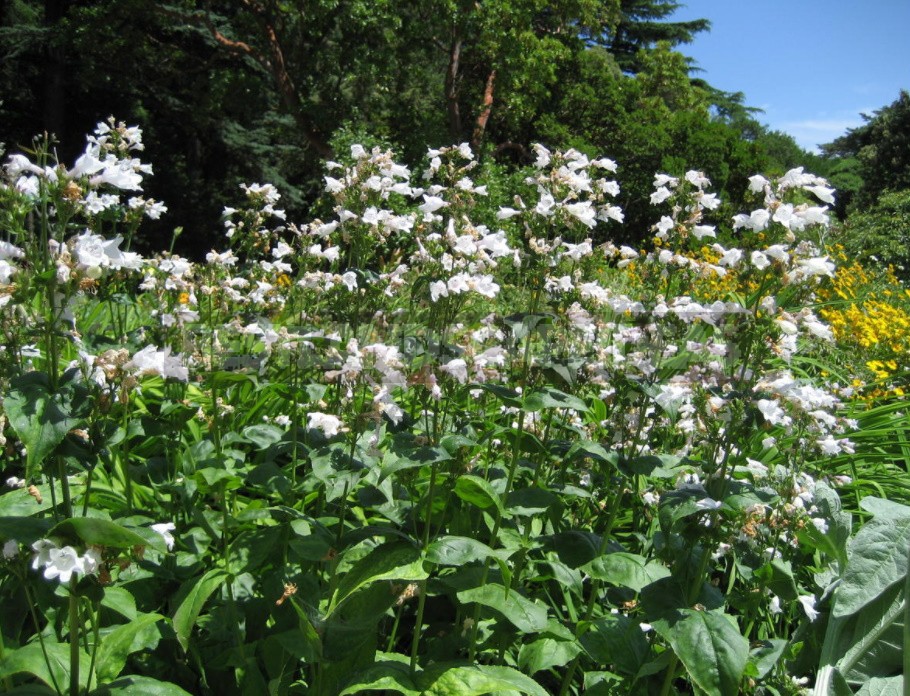 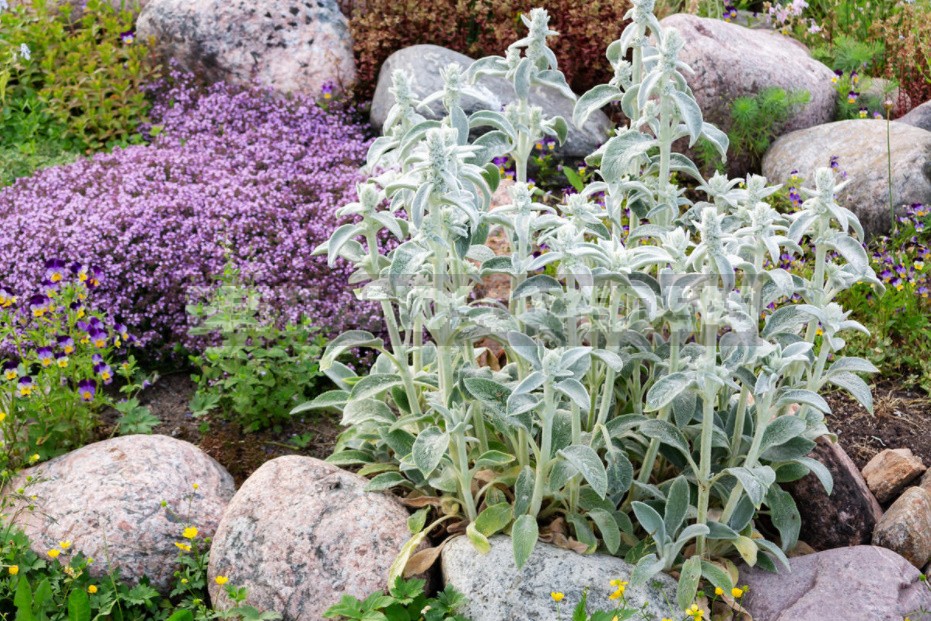 Especially unpretentious is the groundcover Erigeron karvinskianus, which can even be sown between the tiles of the garden path, since it is resistant to trampling. 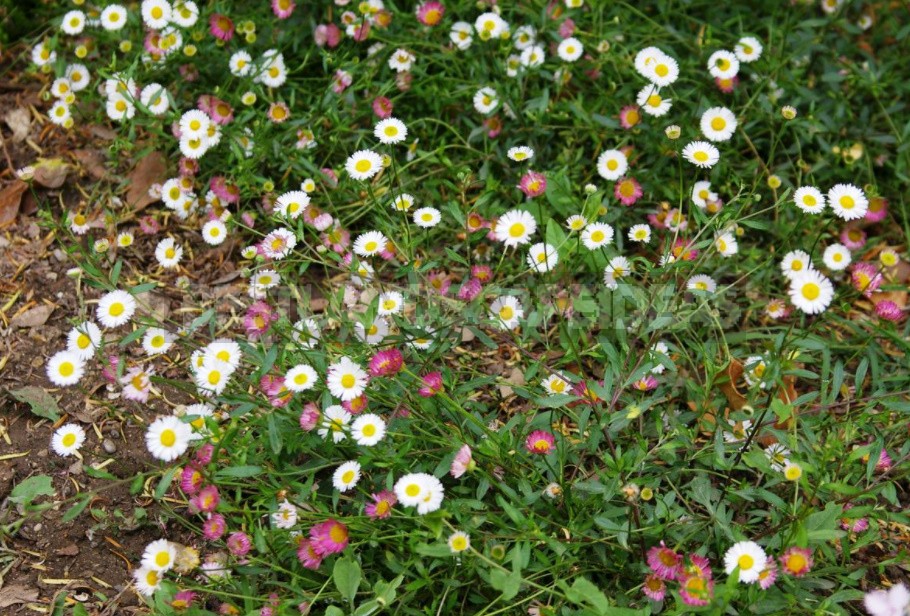 The only drawback of this plant, so to speak, is its thermophilicity, because Cerastium biebersteinii is a native of the mountainous Crimea. For the southern regions, as a silvery groundcover crop, it is one of the best. 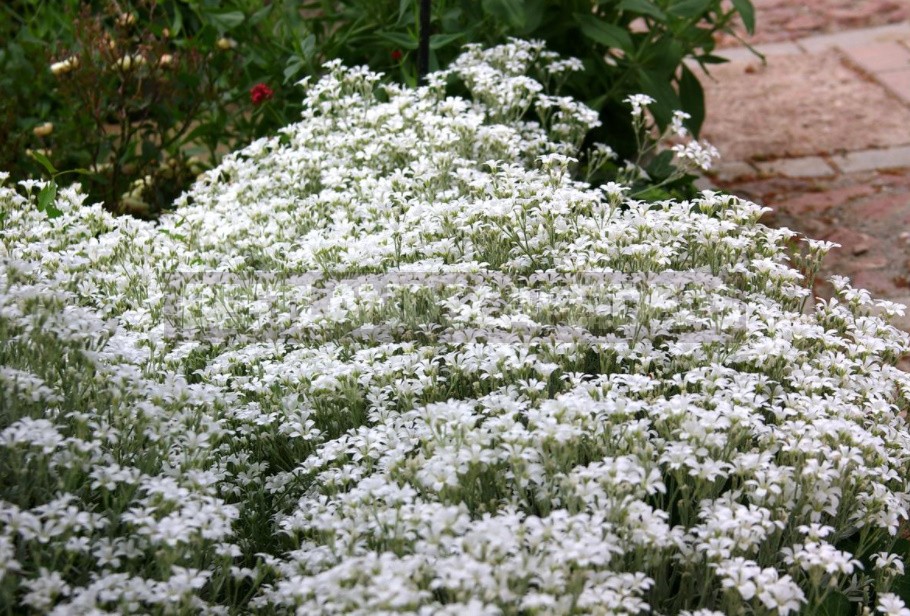 And this is not all Spartans growing up in the sun. Their list can be continued in the comments, and it’s time for us to go to the shady flower garden.

Plants for a flower garden in the shade

Shade-tolerant ascetics are especially appreciated by summer residents who got plots with spreading trees. 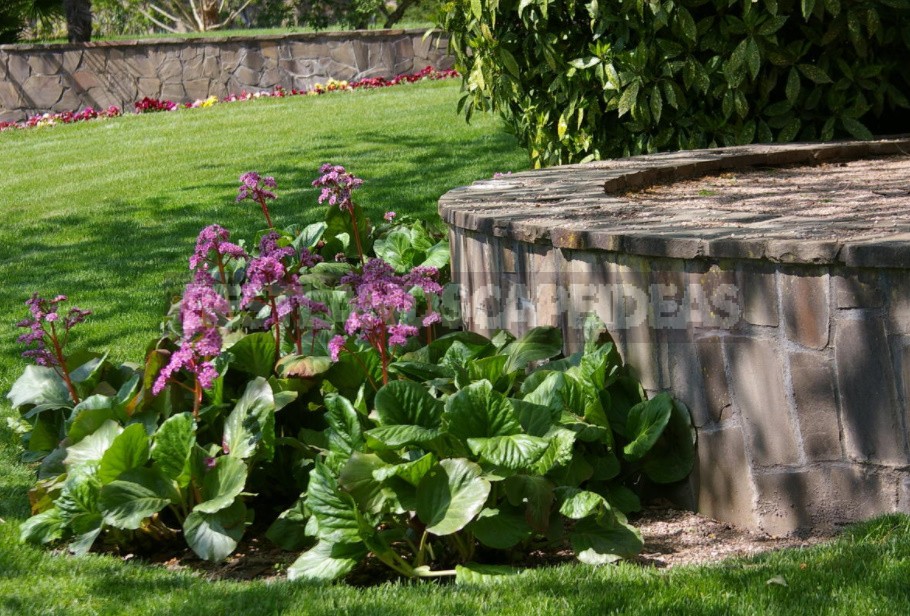 Geranium macrorrhizum is extremely unpretentious. The elegant mosaic of its leaves is simply fascinating. 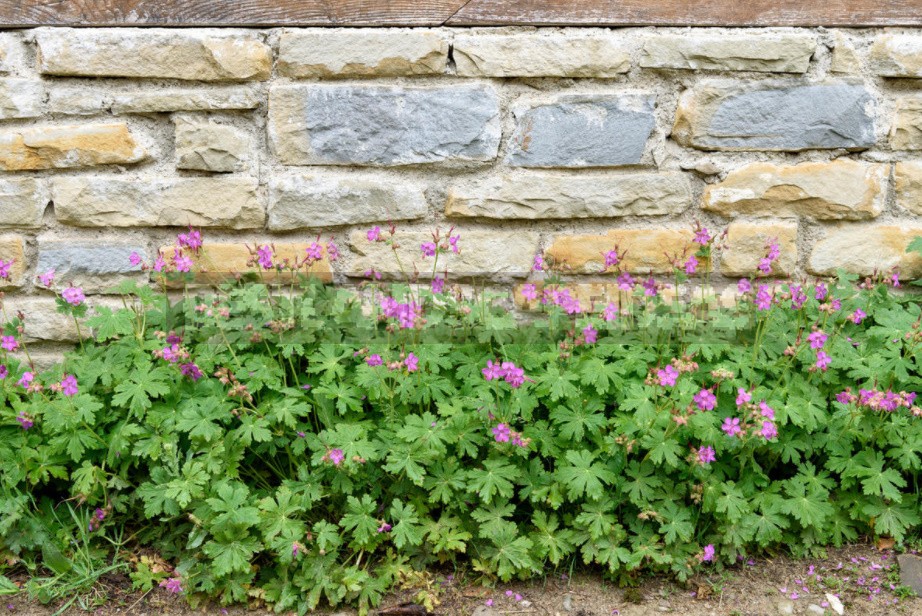 Without complaints, they grow and bloom in the semi-shady corners of the garden. 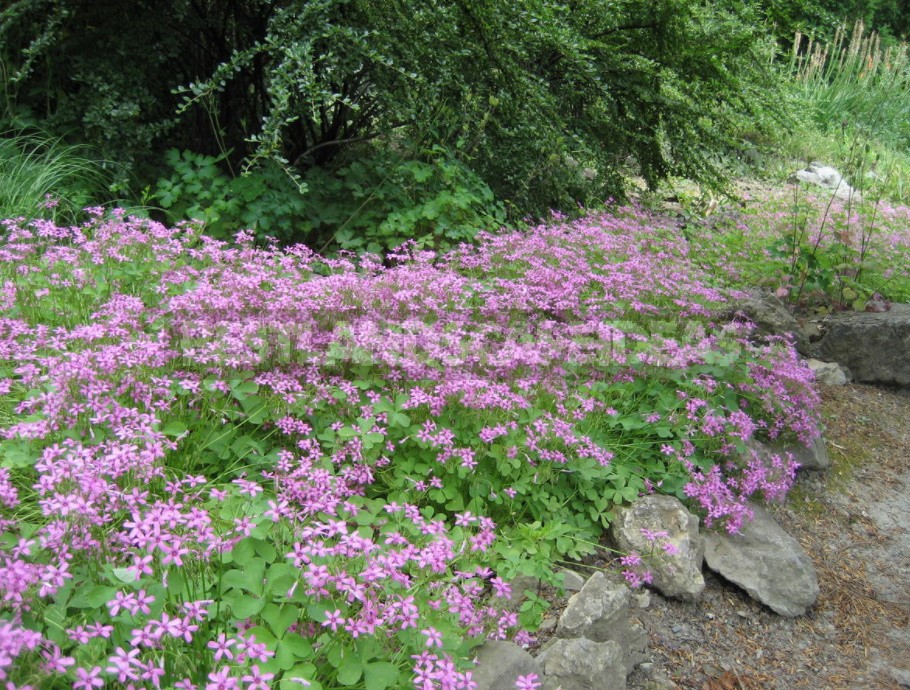 Only heavy soils are not suitable for Convallaria majalis. Having improved them at least a little with the device of drainage and the introduction of baking powder, Convallaria can be started on your site. Just do not forget to immediately limit their distribution with a border tape. 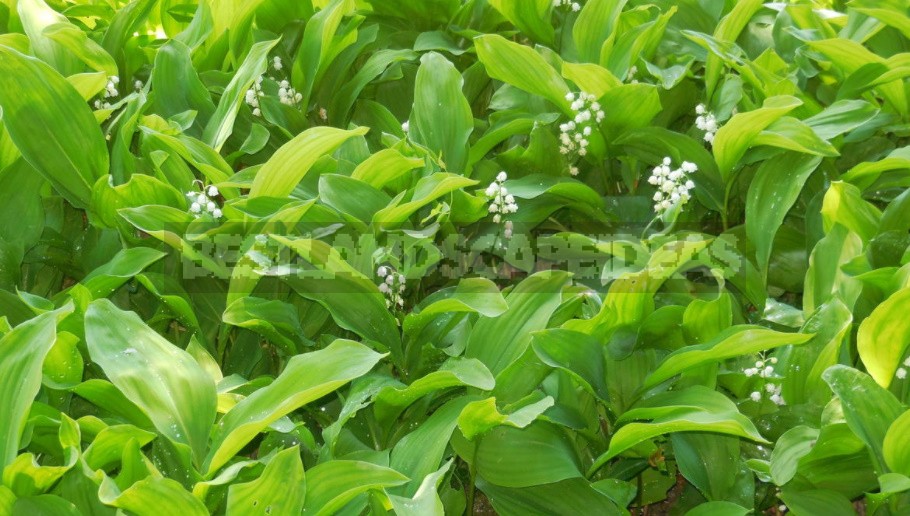 For Viola odorata, it is very important to choose the right place. If it is slightly damp and semi-shaded, then you can not take care of the rest of the care. 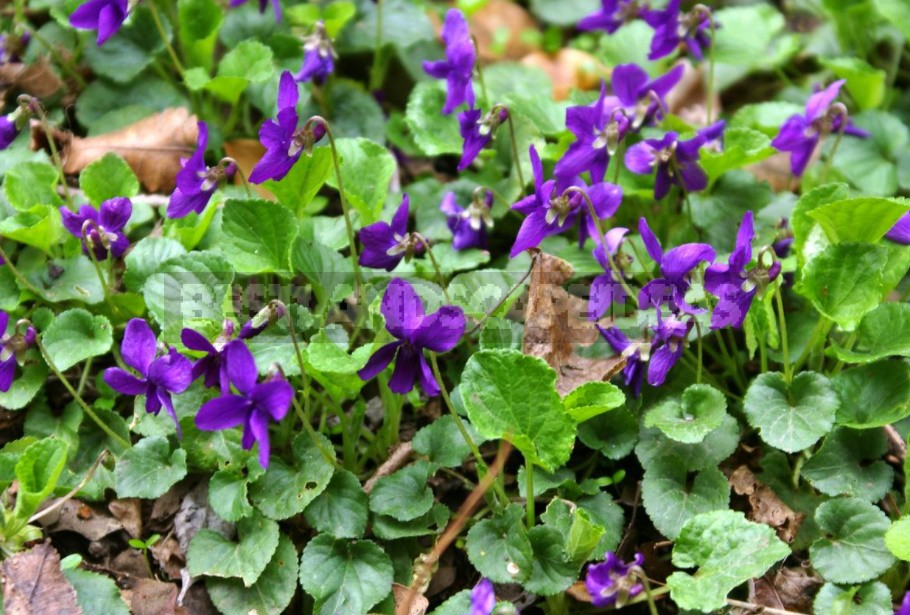 “Queen of the shadow” it is called for a reason. There are several species in culture that have many undemanding varieties, such as Hosta undulata, H. sieboldiana, H. lancifolia, H. plantaginea, and H. fortunei. 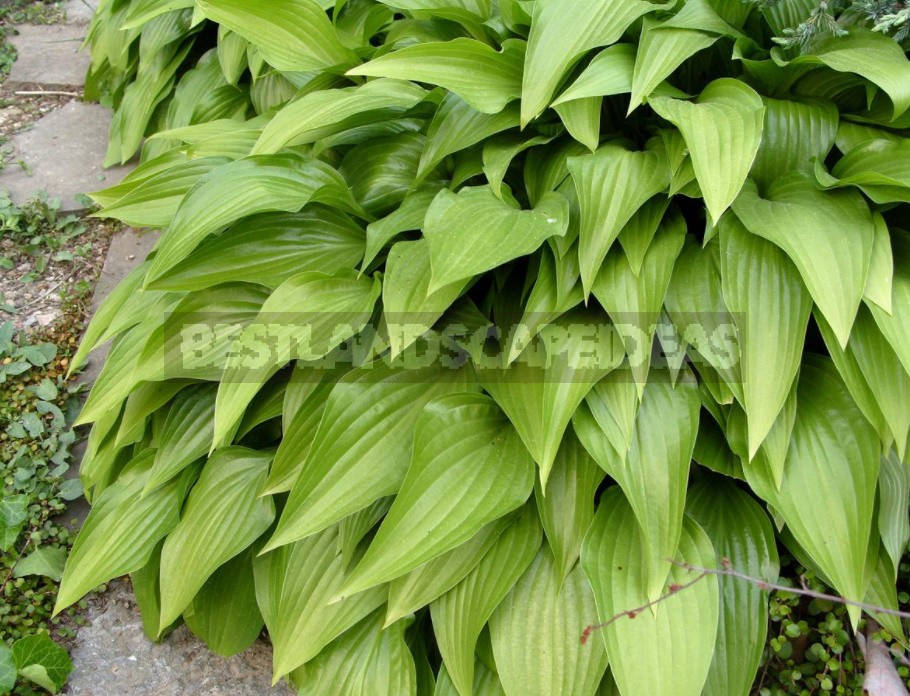 But this is not the end of our acquaintance with the Spartan perennials. In the continuation of the article in the next article, we will select low-yield ornamental cereals, ascetic herbs and stable groundcover plants.

Geraniums Are Not Pelargoniums! Types And Varieties Of Geraniums (Part 1)