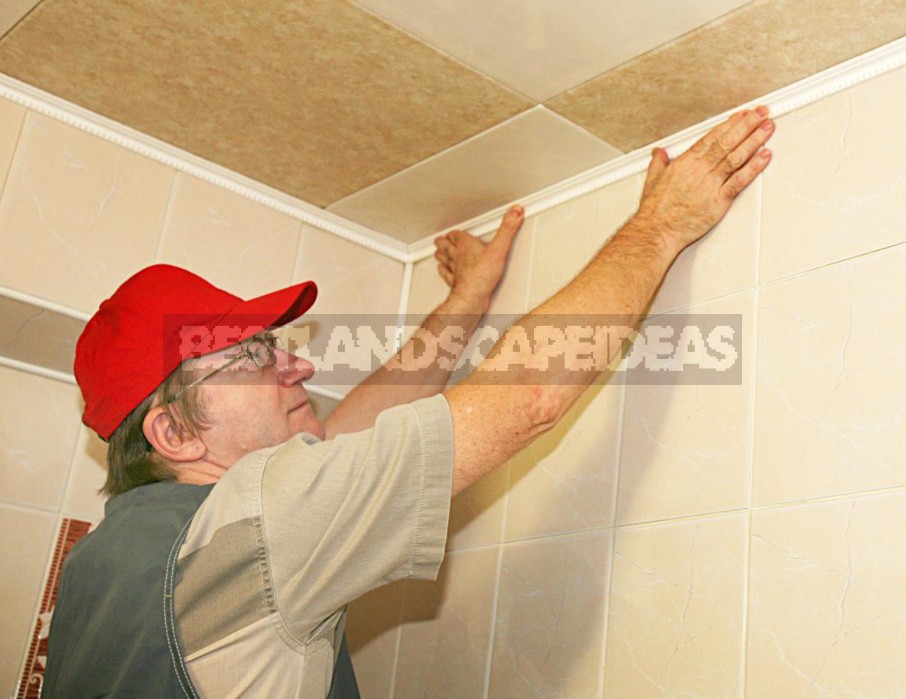 A couple of years after the appearance of the ceiling tiles made of expanded polystyrene on the market, it could be seen in every second apartment. It seems that now it is “not in fashion”, but, in my humble opinion, a more economical and easy-to-install finishing material for the ceiling can not be found. I always preferred natural materials: natural wood clapboard to vinyl siding, wooden parquet to laminate, and I used only plaster for the ceiling decor. However, when repairing the bathroom, it turned out differently.

What was before the repair

Previously, the ceiling was covered with whitewash, which served for many years, until there was a water leak from the neighbors above. As a result, the yellow spots appeared even through the putty and white paint. Attempts to remove this defect did not lead to anything.

The suspended structure would avoid such problems in the future. I have already had the experience of its device from plastic tiles of 50 × 50 cm and a rack profile, in which small halogen lamps are usually installed. And I was already inclined to do something similar.

On another visit to the building materials store, I still went to the department that sells ceiling tiles made of styrofoam. As it turned out, the material has many advantages: 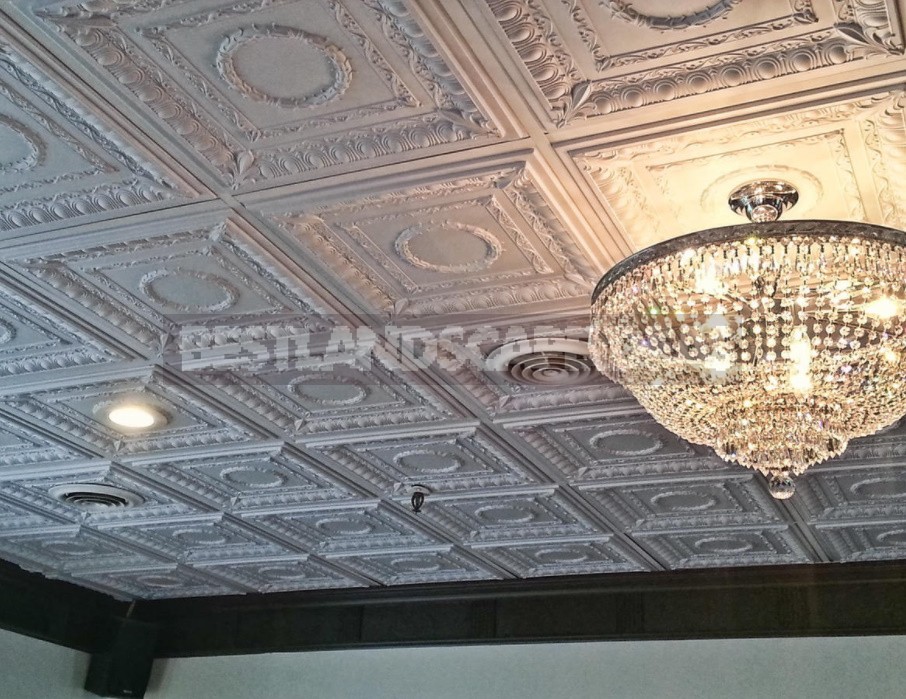 Finally, the cost of the material and the work on its installation is several times less than with other finishing options. The installation time and labor costs are incomparable. In general, for finishing the ceiling in the bathroom, the tiles made of expanded polystyrene seemed very suitable to me.

Tiles can be cut with a knife, which must be sharpened. I put a piece of board under the cutting line. Curly cutouts can be made with ordinary scissors. The tolerance for marking and cutting tiles adjacent to the wall is minus 5-10 mm.

It is not necessary to strive for a more dense abutment. The skirting board will hide a small gap, and in the case of a larger size, you will have to cut the tile, which is not very convenient, especially if the glue is already applied to it. 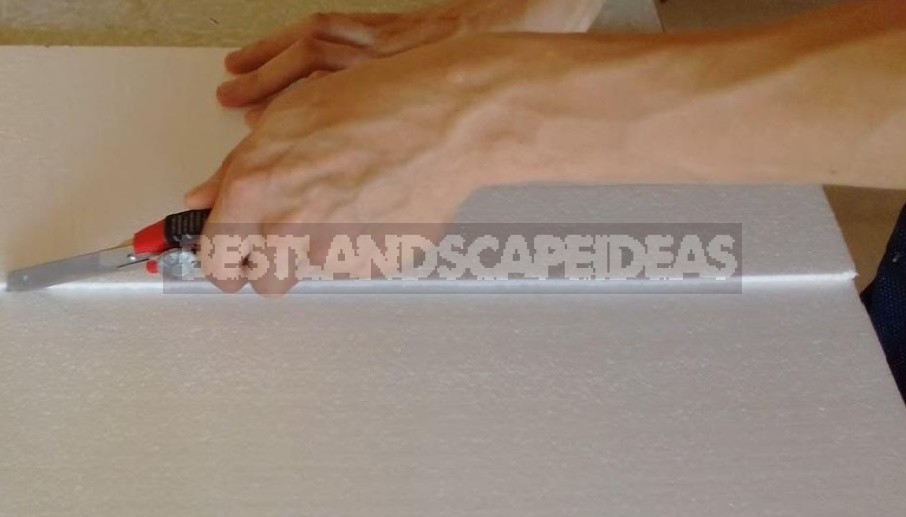 To prevent cracks from forming between the ceiling profile, the ceiling and the walls, the first one must be fixed with an adhesive gun. It is advisable to use the glue that the manufacturer recommends.

For cutting the ceiling profile and for joining its parts, use a conventional joiner’s chair. Instead of a hacksaw, you can use a sharp knife with a long retractable blade. To make the joint look perfect, do not perform this operation “by eye”.

Be sure to simulate the layout of the tiles on at least a piece of paper. Even if the tile is plain, there can be many ways to lay it. You need to strictly monitor the symmetry of the overall picture. If you plan to install a lamp on the ceiling, its location must be noted on the plan. Under the lamps, you can choose decorative sockets.

Before starting work, you should carefully and thoughtfully read the installation and operation instructions, which are included in each package of tiles. This will help you avoid mistakes and, perhaps, there will be answers to your questions. Recently, I began to find a lot of interesting things in such descriptions. Most manufacturers have websites on the Internet. If possible, it is advisable to get acquainted with their content.

For marking, first of all, you need to find the geometric center of the ceiling. You can do this by using two lengths of cord or elastic band, marking the diagonals of the ceiling with them. Through the center (the point of intersection of the diagonals), two mutually perpendicular lines should be drawn, parallel to the walls and dividing the ceiling into four equal parts. The corner of the first tile should be placed exactly in the center. Next, the tiles should be glued along the line drawn on the ceiling.

The surface on which the material is to be mounted must be dry, smooth, clean and solid. Old whitewash or wallpaper should be removed at the initial stage of repair. Concrete floor slabs should preferably be covered with a primer. It is possible to fasten expanded polystyrene on a ceiling only at the end of all general construction works. This should be the final stage of the repair.

You need to stick the tiles butt-to-butt with the previous, parallel rows, trying not to allow them to shift. At the same time, it is necessary to pay attention to the back side of the products. If there is a pressed arrow on it, then it is necessary to glue it in one direction – according to the arrow. 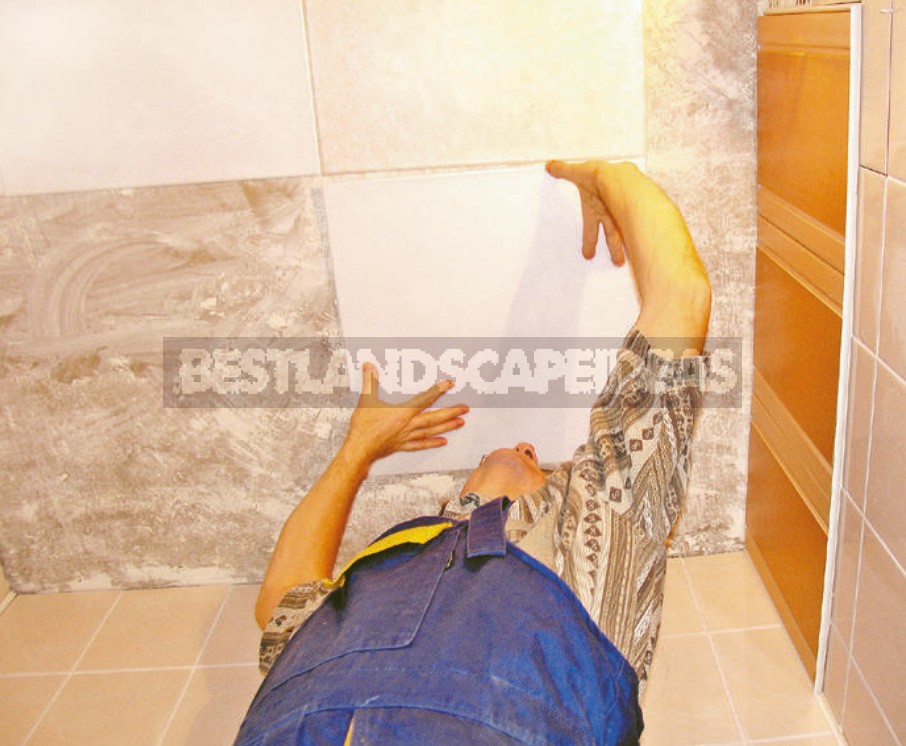 It is important to keep the tool and hands clean and work carefully with the adhesive composition. I used to press the tiles to the base of the roller, which previously applied water-based paint. Pre-washed the roller with soap, but it still left a mark on the surface of the tile. I had to replace it immediately. 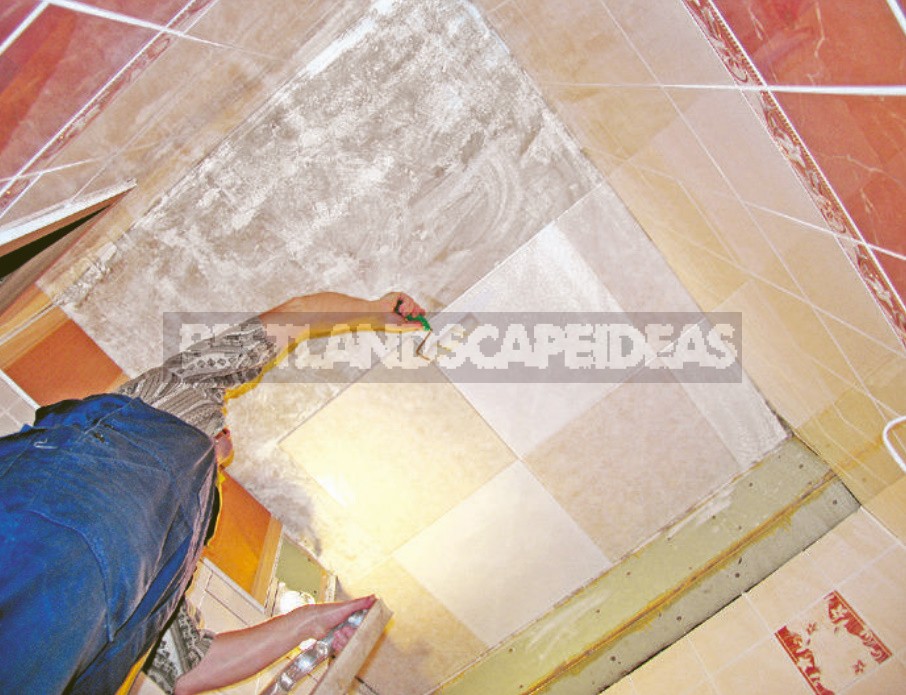 To remove excess glue, it is best to use disposable wipes, throwing them away immediately after each operation.

It is necessary to equip the workplace for cutting tiles and applying glue to them. It should be a flat, clean surface. If this is a table on which any other work was carried out, it is necessary to cover it with clean paper (for example, wallpaper scraps). You can’t use newspapers for this purpose!

When laying tiles, you must follow some rules. You need to work with them very carefully. I touched the edge of the level of the surface of the already glued sheet, and it formed a dent. It turned out that it was impossible to remove it in the usual ways (putty, paint). I had to change the whole fragment. 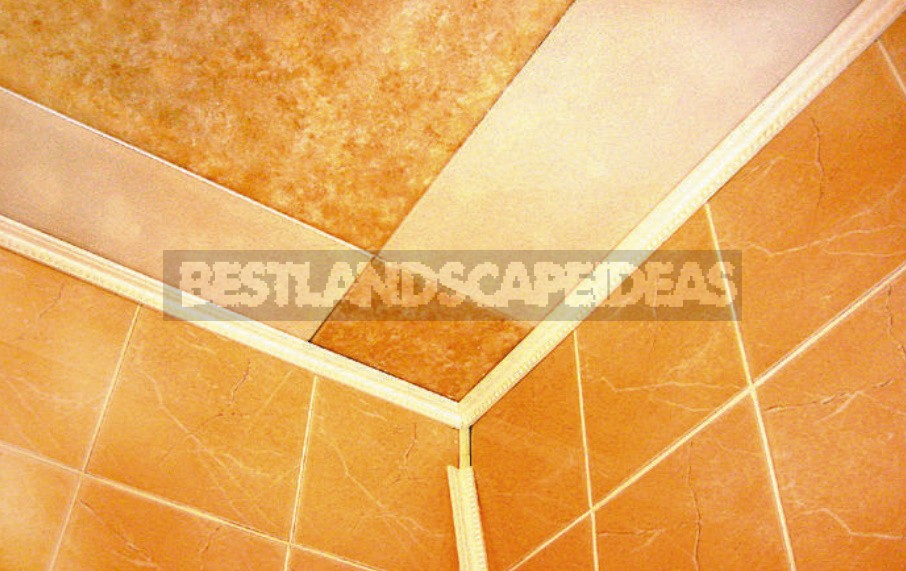 Do not allow the glue to get on the front surface of the products. Even if you remove it in time with a wet clean cloth or sponge, traces will still remain.

In bright light directed at the ceiling, traces of glue can be seen through the tile. Therefore, it should be applied very carefully, in small drops. 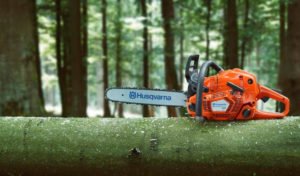 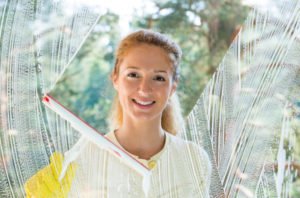 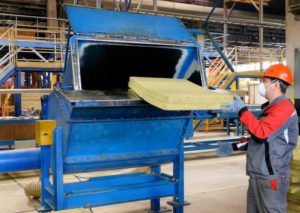 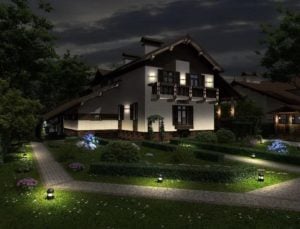 Ideas for Highlighting the Suburban Area