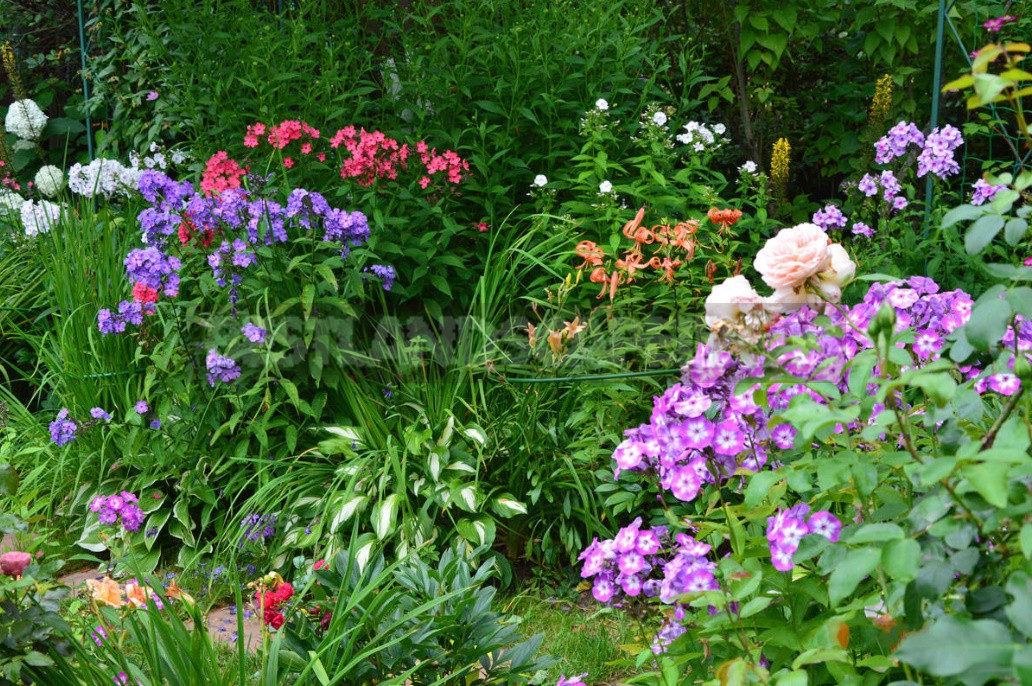 Phlox paniculata blooms gardens from the second half of summer. The August garden in the evenings is filled with a breathtaking aroma that reminds us that the summer will soon end, and the children are about to go to school.

But do not think that the seeming unpretentiousness of Phlox allows us to treat these plants without proper attention: in the absence of the necessary care, they will sooner or later degrade. August is an important month in the life of the Phlox, who make certain demands on the gardener at this time. Therefore, if you want to ensure the lush flowering and durability of these, perhaps, the most beloved of our garden flowers, it is necessary to observe a number of essential conditions.

At this time, Phlox divide, plant and transplant, replenish the collection, and, of course, treat. Notice not very good combination of colors, choose candidates for transplantation and division, which is carried out in August after flowering of early and late varieties. Cut off the caps as flowering, do not give tie seeds. Early and mid-late varieties still have time to release new flowering shoots that bloom by the end of August. 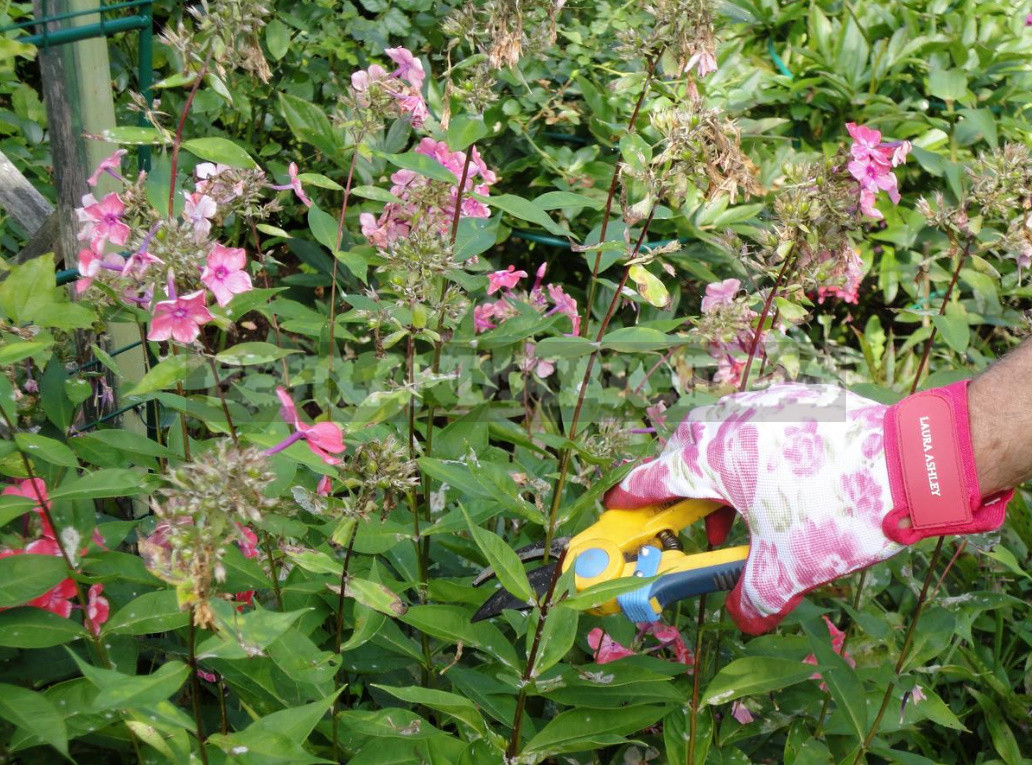 The division of the bushes

In the second half of the month we divide and rejuvenate the old bushes, if you do not have time to do it in the spring. According to the rules, this should be done every 5-6 years. There is no single approach. Different varieties in different ways and grow – some quickly, others slowly, and there are those that add one stem per season. Phlox will tell you when to rejuvenate it.

Usually the first aging middle of the Bush, and it forms at the periphery some young clumps. Bloom is getting worse, the flowers become smaller. So, it’s time to do a rejuvenating procedure. You can dig up the whole Bush entirely, throw the middle, remove all the rotten roots, the rest to share and give the extra neighbors. Another option — just a shovel to separate the overgrown bumps of roots, leaving the old place one of them.

READ  Grapes for the Northern Regions: Varieties and Planting Features 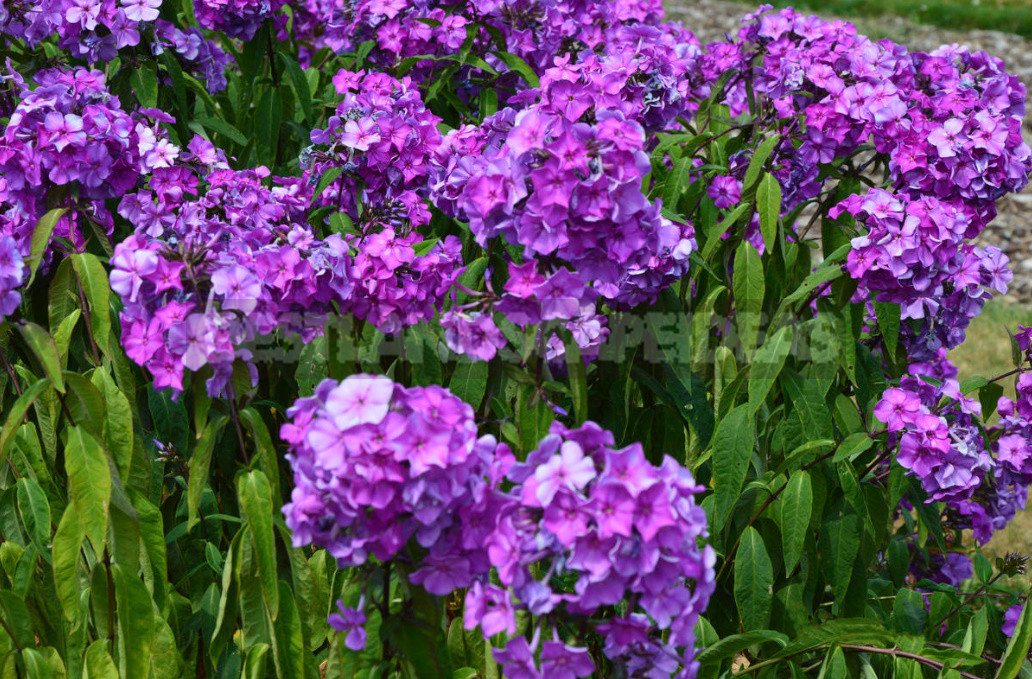 Since mid-August, we begin to prepare a new landing place for divided and new bushes. It is believed that in one place Phlox can be grown no more than 7 years, and then you should look for another. I must say that over time, when the collection of plants increases, it becomes a significant problem.

The modern range, the emergence of new absolutely amazing varieties makes it possible to solve a variety of landscape problems. In the small garden you can arrange a mixed flower garden, planted together varieties of different colors. The traditional technique of planting in a row along the tracks. So Phlox will be better ventilated and less likely to be affected by disease. With excessive crowding, it will be difficult to fight disease outbreaks. 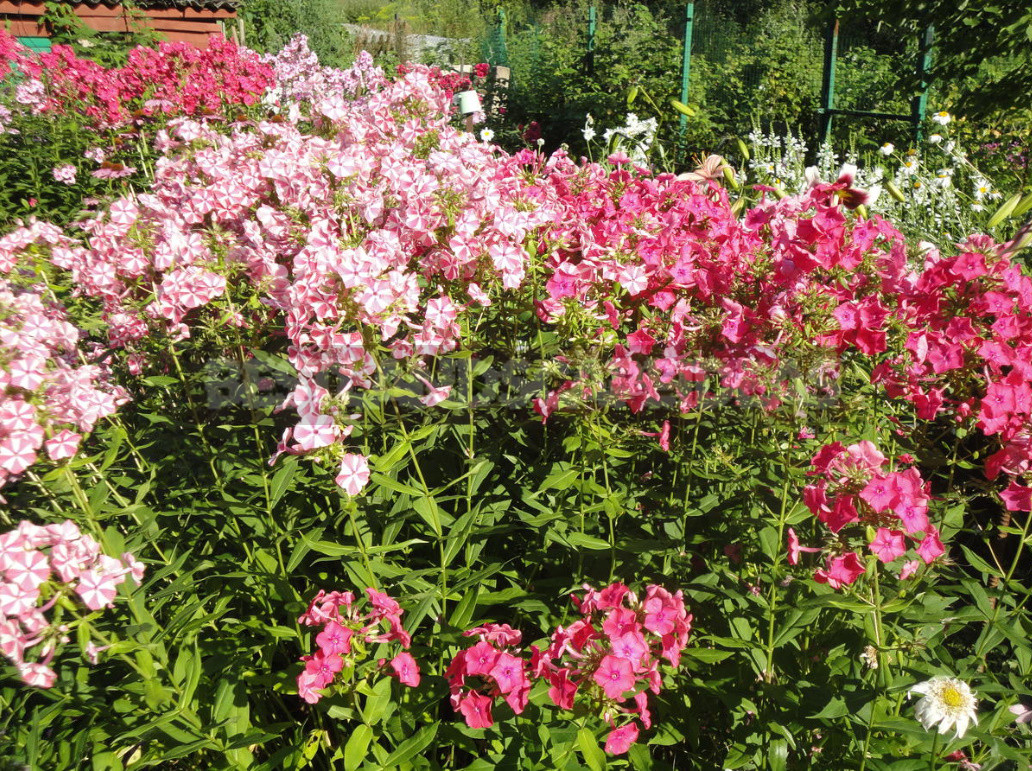 The choice of the landing site

An important point – the choice of landing site. It is believed that Phlox grow well in the sun and in partial shade. So it is so, only in the latter case, the flowering will not be so lush, and the stems will stretch ugly. So plant them in the open if possible. This rule does not apply to dark varieties and those that fade in the sun – they need a light shading at noon. 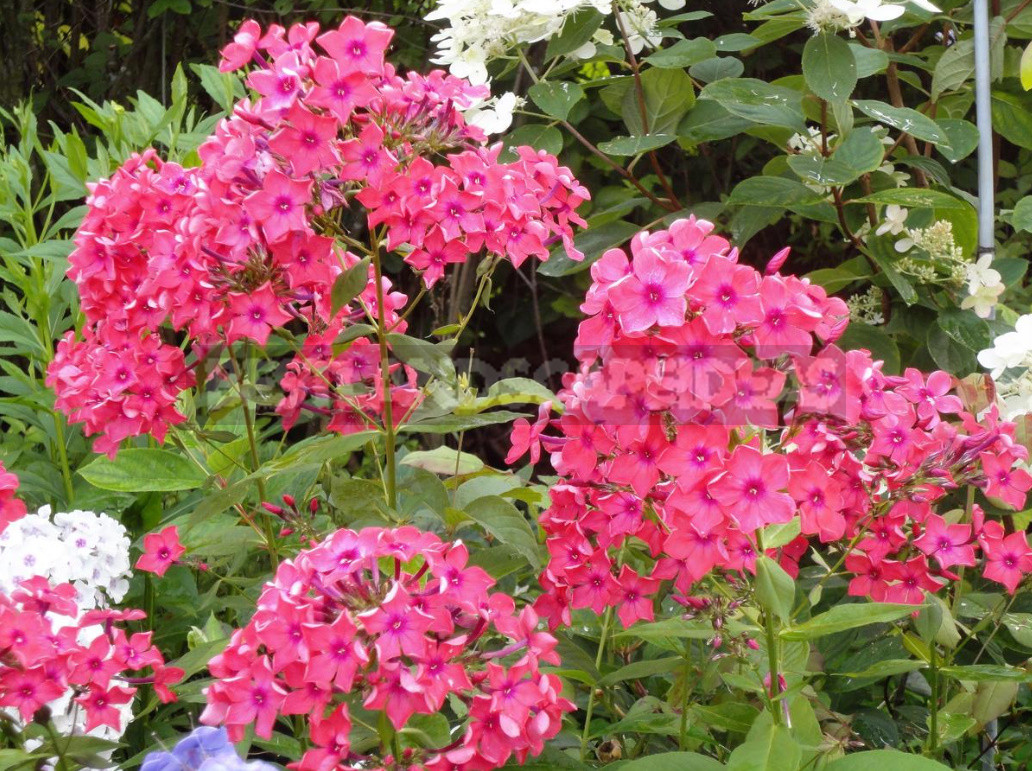 The place where you plan to plant Phlox, despite the fact that it is a moisture-loving culture, should not be flooded with meltwater and rainwater. That is, it is necessary to provide for the removal of moisture, making shallow drainage grooves along the landings. As the Phlox will develop, and their roots grow up, you will naturally form a raised bed, which will not be afraid of any flooding – neither in the spring nor during showers.

Phlox – lovers of fertile soils with a neutral reaction. They require a well-cultivated garden soil, on the virgin soil among the weeds they grow, and even more so will not bloom. It follows that under planting Phlox soil must be specially prepared: to add acid loam deoxidizer (dolomite flour, slaked lime), and to the sand – clay.

In this and in the other case requires the introduction of considerable amounts of organic matter — at least 2 buckets of rotted manure or compost per 1 m² of the garden, you can use sapropel or 0.5 bucket of dry chicken manure. You will need to add sand to improve soil permeability, a half-liter jar of ash, a couple of buckets of peat to increase the moisture content of the soil. Then all shed water and give 2 weeks to the earth to settle. 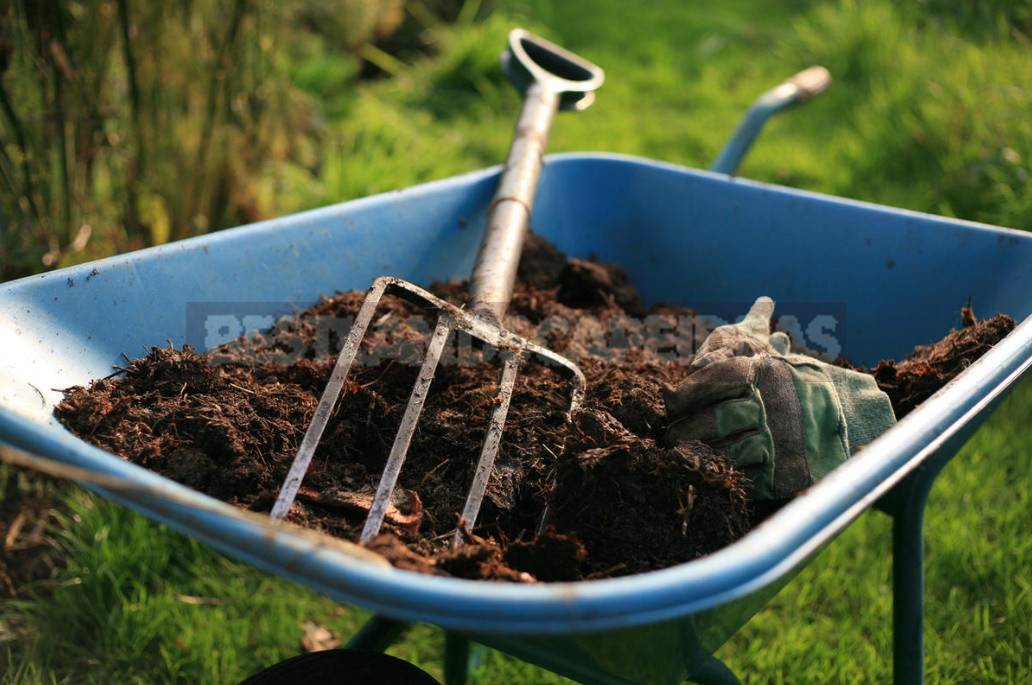 The fact is that the depth of planting in Phlox is relatively small – the buds of renewal should be 3-5 cm below the surface of the earth. They should not be buried: with a deeper planting, the Bush will long gain strength, since it is forced to form the upper tier of the roots. If you plant smaller, there is a threat of freezing, especially in the snowy winter.

We plant the newly acquired varieties obtained from their own Phlox. It should be noted that they should be larger than those that are planted in the spring. Each should have at least 3-5 stems and a well-developed root ball. Caps of inflorescences when planting cut to Phlox increased root system and did not spend power on flowering and seed tying. The leaves are left. 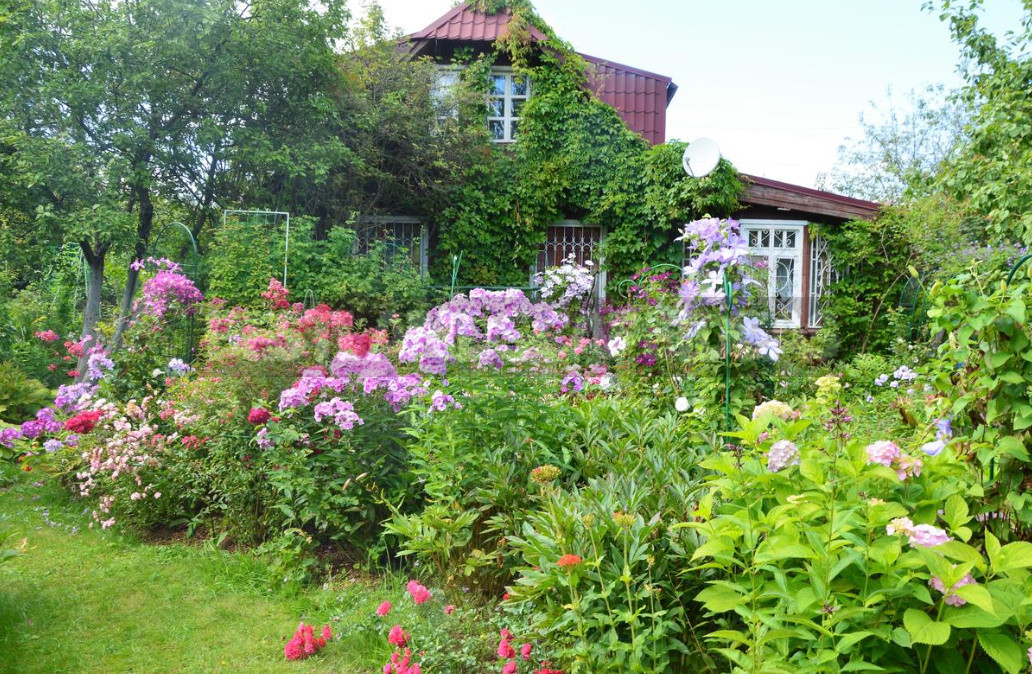 A place for planting should be prepared carefully, to dig the ground to a depth of bayonet spade. Select all rhizome weeds. They love to settle between the roots of the Phlox, on the nutrients and fertile soil grow fat and feel in clover, poisoning the life of the gardener. Get rid of them will not work, as they successfully mimic and every time move to a new place with Phlox, spreading across the site and filling all new areas. Keep in mind that with the purchased bushes you can bring into the garden and other people’s weeds, which will not be easy to get rid of!

With proper planting caring for Phlox is simple. And rules are determined by, above all, origin Phlox, their pedigree. To provide these plants with comfortable living conditions in the garden, it is necessary to remember where they come from. 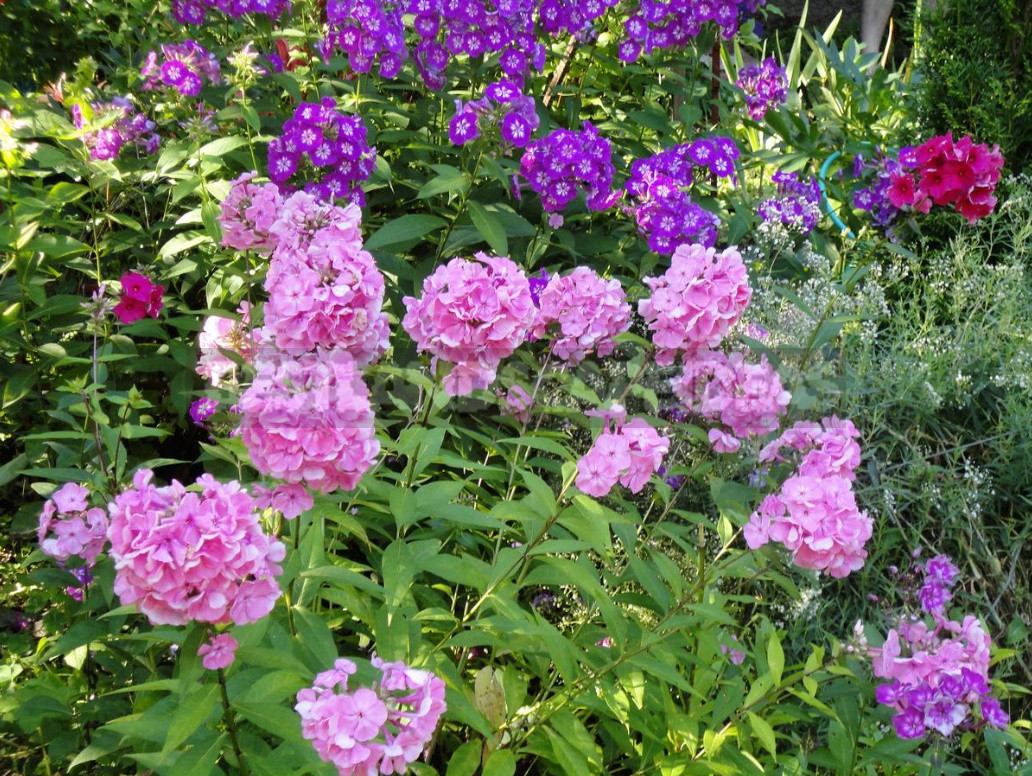 Phlox paniculata from North America, where in the wild this flower grows in light penumbra on the edges of deciduous forests, in floodplains, on wet and fertile lands. For the successful cultivation of these plants in the garden, it is necessary to create conditions similar to their natural habitat to the maximum extent.

READ  What is the Secret of the Popularity of American Peonies? (Part 1)

And here the main method – mulching. Mulch allows soil to retain moisture, the deficiency of which is so susceptible Phlox, and reduce the number of waterings. In addition, mulch prevents annual weeds from growing, ensuring clean planting and eliminating unnecessary weeding. Mulch also becomes a source of additional nutrition, in connection with which there is no need for fertilizing – Phlox themselves will take everything they need for development from a fertile substrate. Mulch can be composted or mowed grass from the lawn. 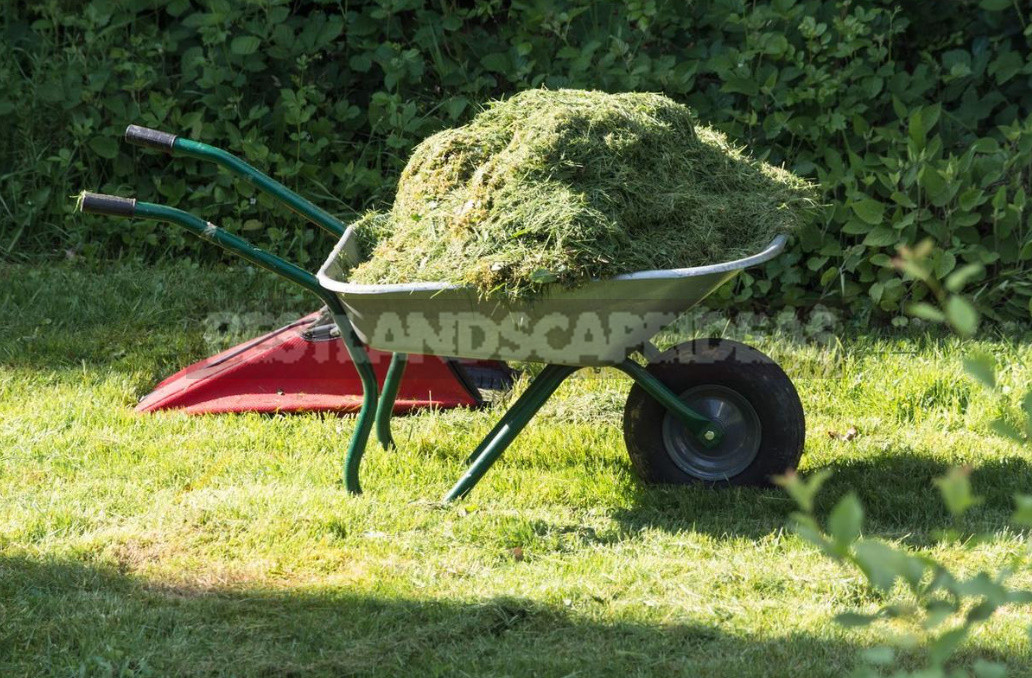 In the second half of August, we give the last season feeding with a predominance of potassium and phosphorus – a solution of potassium monophosphate or full autumn mineral fertilizer. This contributes to the preparation of plants for winter.

Protection against diseases and pests

Diseases that poison the lives of all lovers of Phlox, require us to certain and, most importantly, immediate action. As soon as the first signs were found — run to dilute healing solutions and spray, and regularly, at designated intervals (1-2 weeks). Otherwise, the disease can spread rapidly and destroy all the flowering in the current season. It is even better to resort to preventive measures. 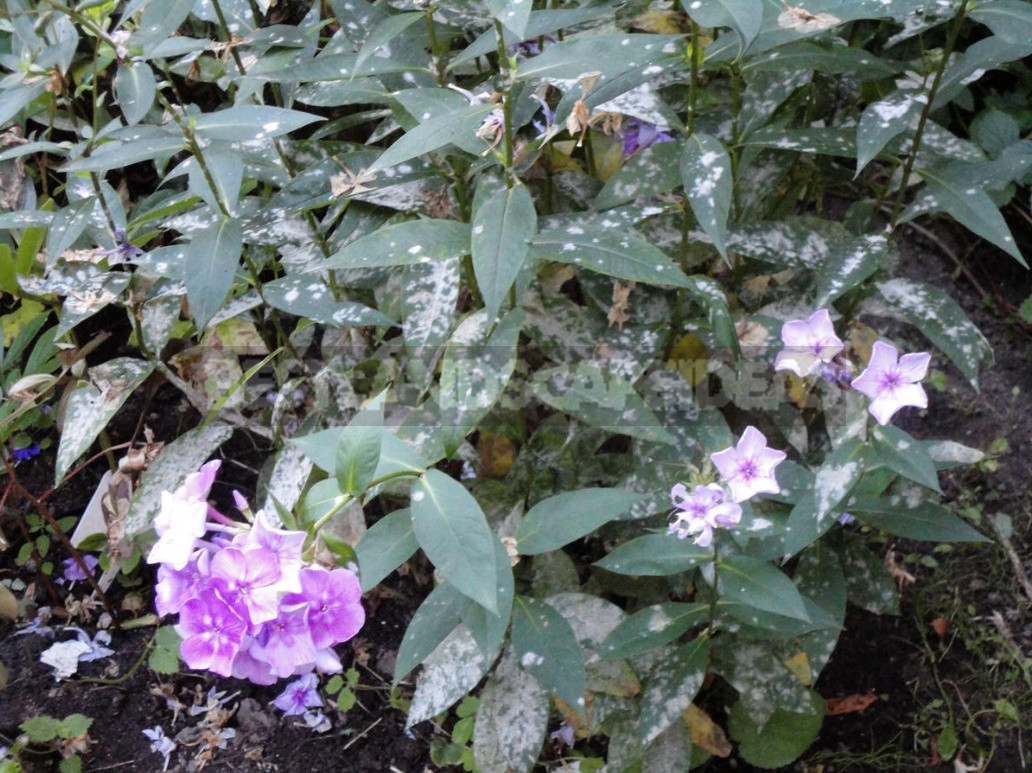 If it’s already happened, it is necessary at weekly intervals to treat the bushes. Well-established use of soda ash solution (1 tablespoon to 1 liter of water, adding 1 tbsp. of liquid dishwashing).

As for pests, the great damage to the collection of Phlox can cause thrips and nematodes. In this case, when the slightest suspicion, noticing some strange flaws in the stems (curvature, stunting, cracking, etc.) the Bush to dig up and burn, even if it is a novelty selection and hard-won variety. The place where he grew up, need some time to process the relevant drugs and should not plant Phlox in there for a few years. 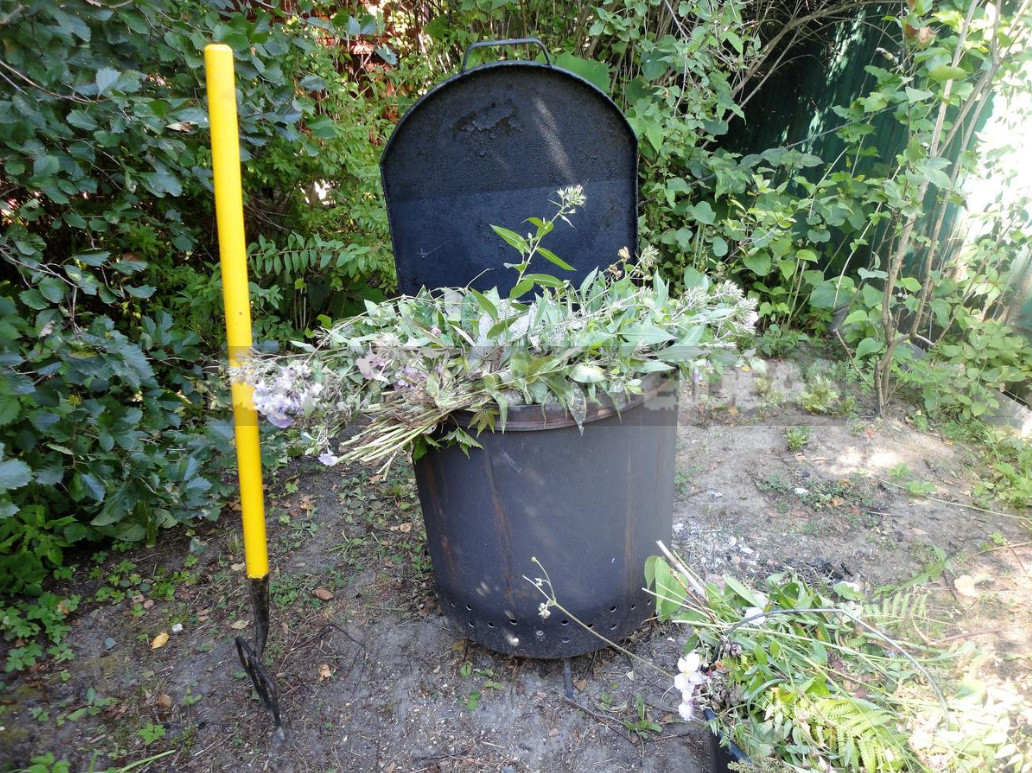 Our favorite Phlox will certainly respond to good care lush flowering. It is important to take care of them in time, and August is the best time for this.