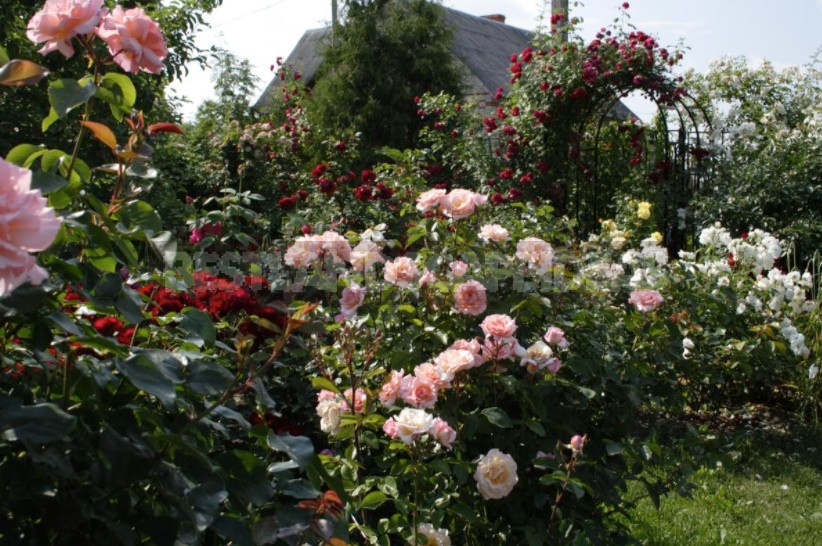 The use of climbing roses

When choosing a wattled rose for your garden, every lover hopes that the rose will create a floral panel on the wall of the house, wrap a column or decorate the fence. When choosing, you should remember that there are no roses that are universal in use, and you should not focus on illustrations from foreign publications. The climate imposes significant restrictions, primarily on the use of wattled roses. The rose will not necessarily die, but you will not get what you dreamed of. 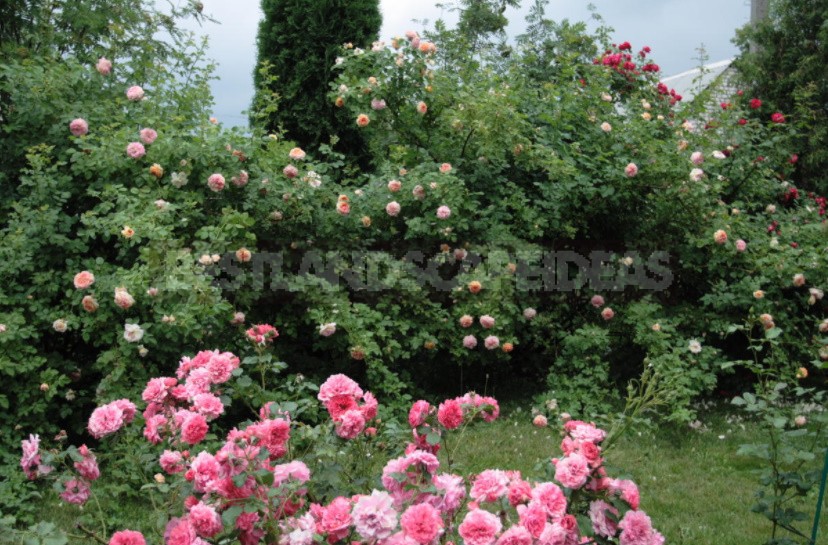 Almost universal in use, in our experience, ‘New Dawn‘(1930) and ’Flammentanz’ (1955). They are well-branched, has long and flexible shoots, which are easy to send. These roses bear an unfavorable location without noticeable health losses and retain most of the shoots for the entire length after wintering. But even these beautiful varieties are not without drawbacks: ‘Flammentanz’ blooms once a season, and ‘New Dawn’ has claims on the durability of the flower and the complexity of rooting during spring planting. Of course, one rose can’t do everything, but together they are out of competition. 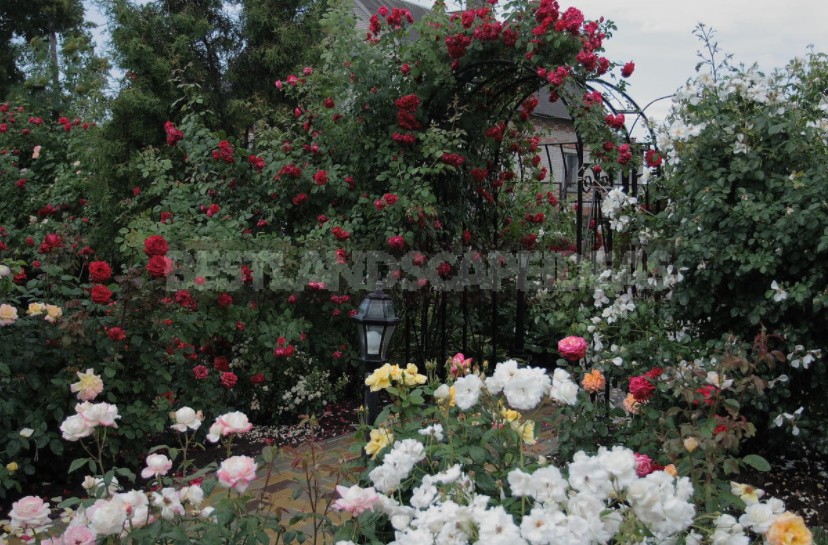 Our collection of wattled roses is small, it is only 70 varieties, of which I have chosen roses that are optimal for various uses in the garden.

This is one of the well-known techniques of garden art for a spectacular demonstration of the beauty of roses. They do not take up much space, and look fascinating. Arcs covered with roses ennoble the space even in a boring garden. When making a decision to create an arch, you should remember that it should not lead anywhere, but carry some functional load, such as connecting parts of the garden, simultaneously highlighting and enlivening them. The arch should be so wide that after the growth of roses there is a safe passage among the prickly plants. Roses are planted from the outside and better in autumn, they take root easier. In addition, short pruning is not necessary in the fall.

READ  Garden Vintage Is Back In Fashion: The Return Of The Beautiful Teucrium 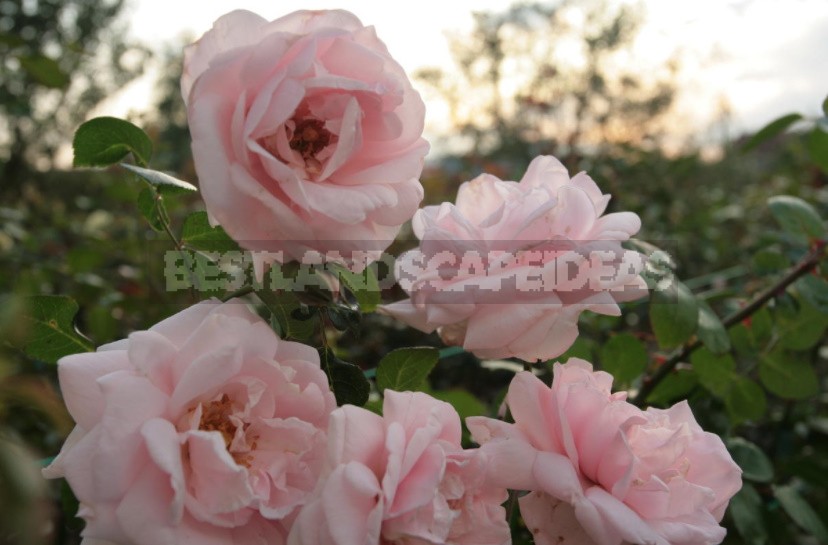 When choosing a variety for the design of arches, everyone has their own preferences, but in cold climates, unfortunately, not every variety is suitable for this. First of all, it is important that the shoots are relatively flexible and need minimal pruning after the winter. Choose varieties that have a shoot length of 3.0-3.5 m, because they need (at least some of them) to be directed in a spiral. Otherwise, the bloom will be concentrated in the upper part, and the base may be exposed. 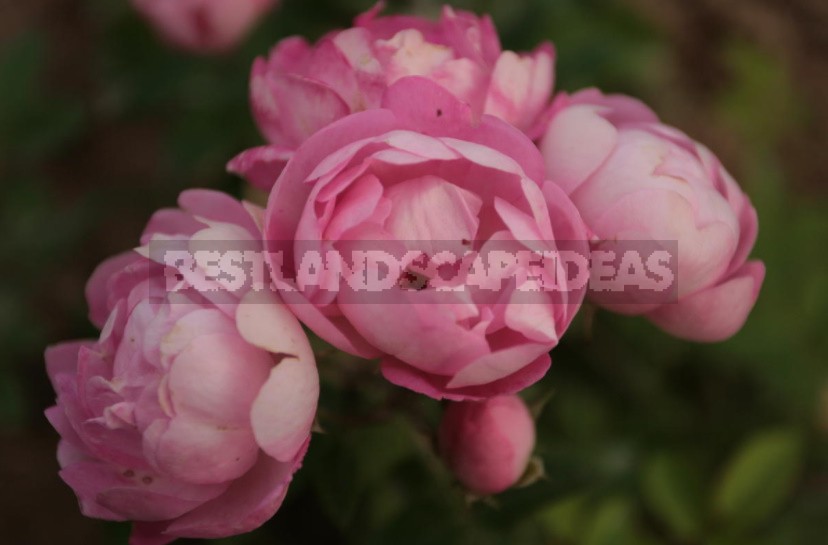 You are creating an object to delight in, so there should be no minor details. All minor defects are immediately noticeable. The base can be exposed when using varieties that suffer from black spotting in the second half of summer, and according to our observations, such cases are not uncommon. An attempt to level the defect of the bare base by planting other plants will not be successful. 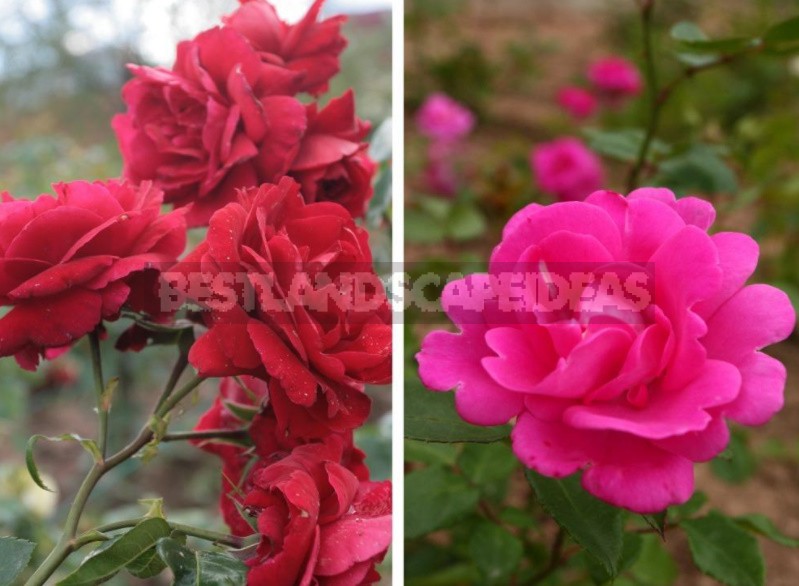 I recommend several varieties, and other options are possible, but I rely only on my own experience. In my opinion, the following varieties are suitable for creating arches in the middle lane:

When forming roses on pergolas, the quality of the flower and the stability of flowering becomes important. More often use varieties with Terry large flowers, the addition of tea-hybrid and vintage roses. Roses with large inflorescences of small flowers are spectacular, but they bring some “picturesque disorder” to the strictness of the design. 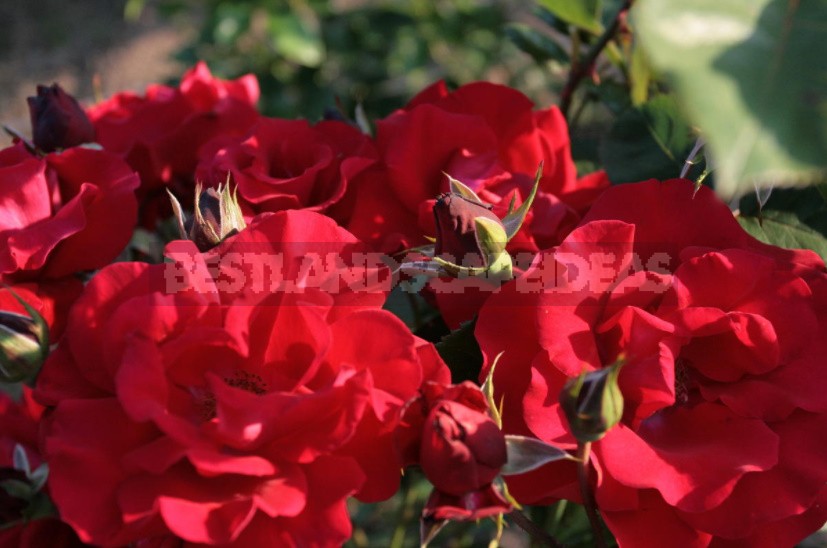 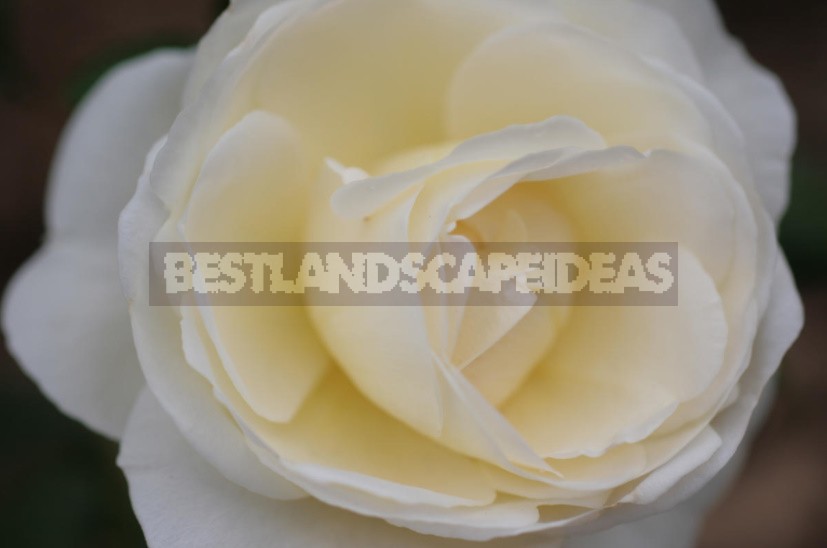 You can use wide-spreading Ramblers, they give a stunning effect, but in order not to lose important proportions (height and width), these structures should be higher. Given the tendency of Ramblers to powdery mildew, we recommend choosing a place where the roses will be well ventilated.

When covering fences, taking into account some features (the possibility of only one-way care, difficulties in organizing shelters), we recommend using the most hardy varieties: 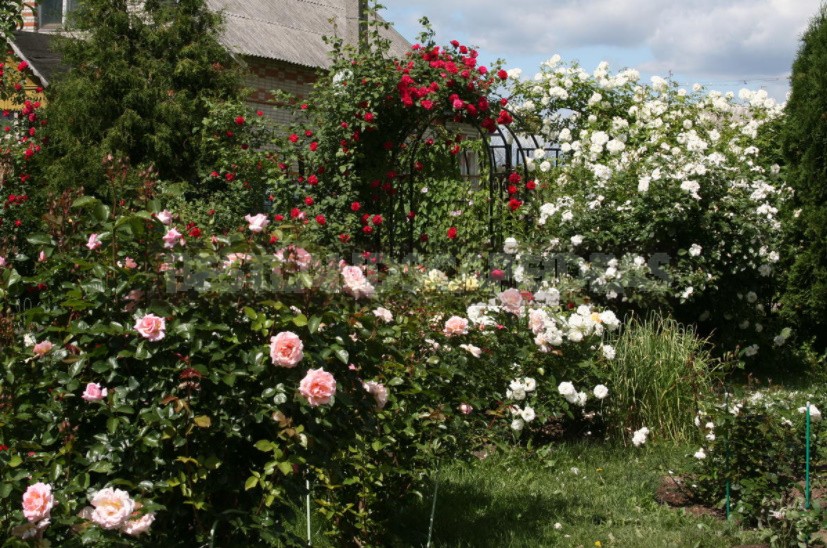 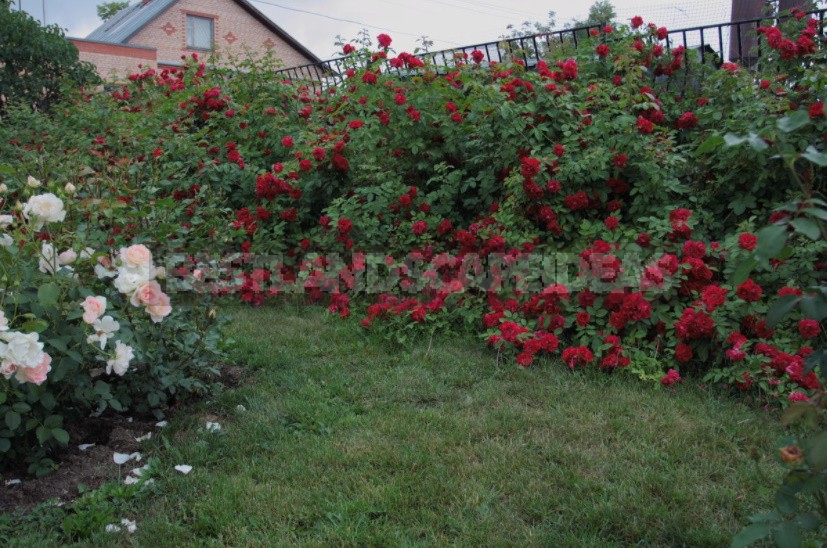 Some wattled roses, even the most beautiful ones that you would like to have in the garden, in our conditions, with any methods of decoration, look like tall scars. They may have other advantages: they grow in a dense Bush, have beautiful flowers and decorative foliage, are characterized by abundant flowering and a strong aroma, and some of them do without support. 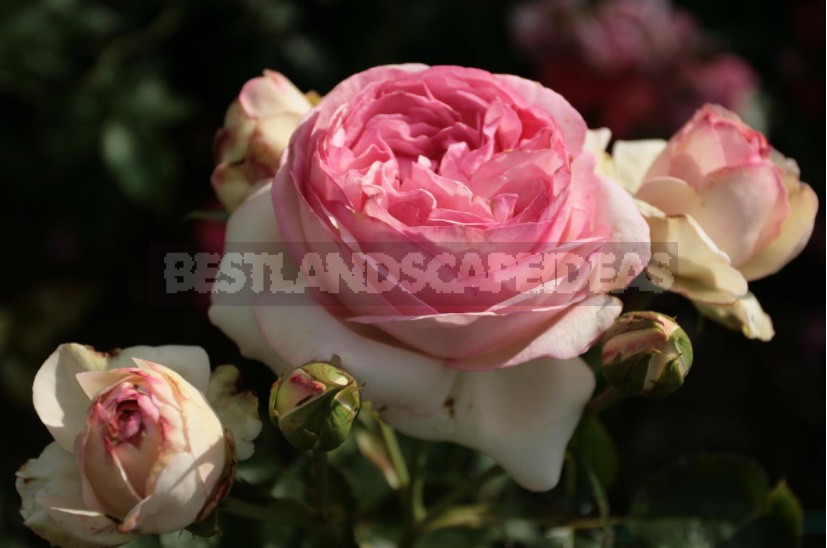 The following varieties can be grown as shrabs:

Groups with other roses

There may be a lot of good options, but if you design the background of a group of tea-hybrid and floribund roses, it is better to use roses of light or soft (background) tones with small flowers. 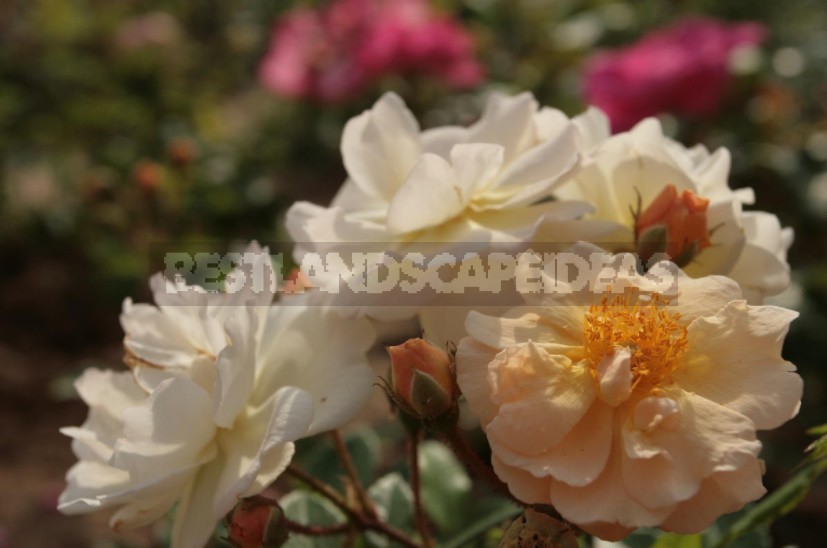 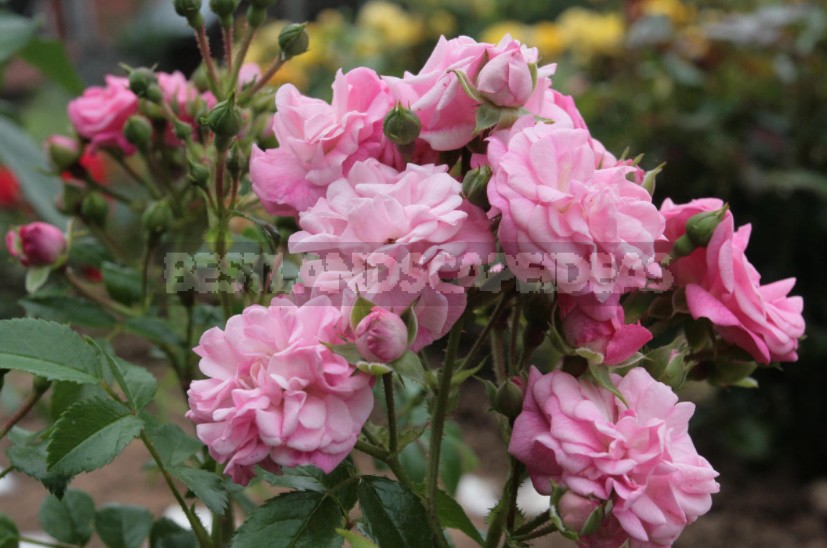 Close proximity to other shrubs roses rarely benefit, but the passion for such plantings is obvious. I advise you to choose hardy varieties that grow like scars and can do without support: 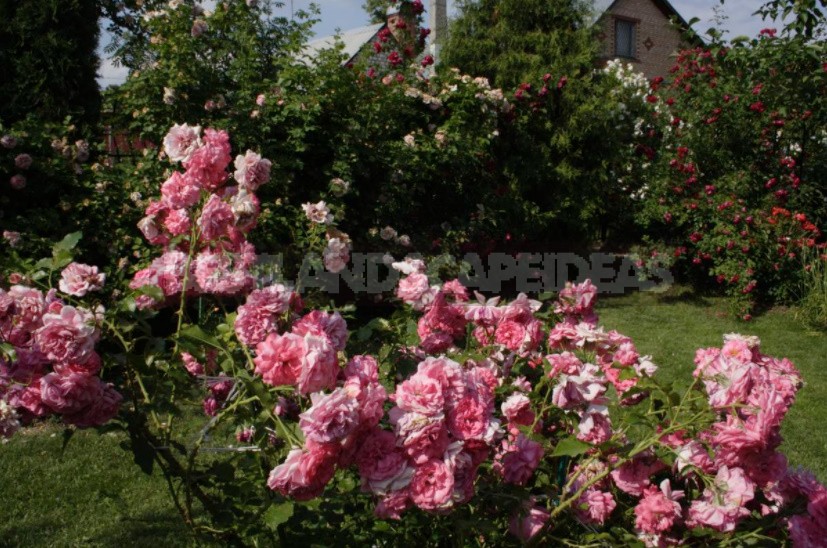 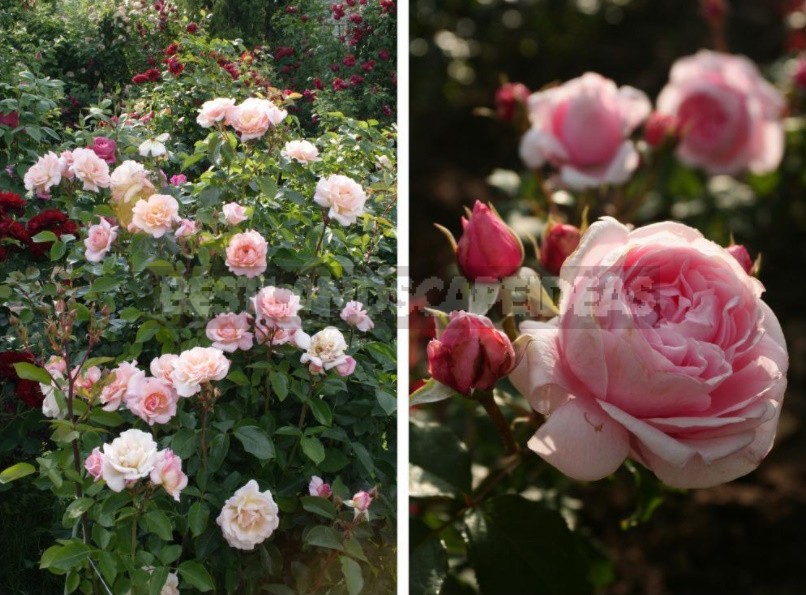 If you want to plant a wattled rose and enjoy the award-winning fragrance, I recommend choosing between ‘Nahema‘ (Delbard, 1998) and ’Compassion’ (Harkness, 1973).

READ  How To Plant And Care For Dimorphotheca 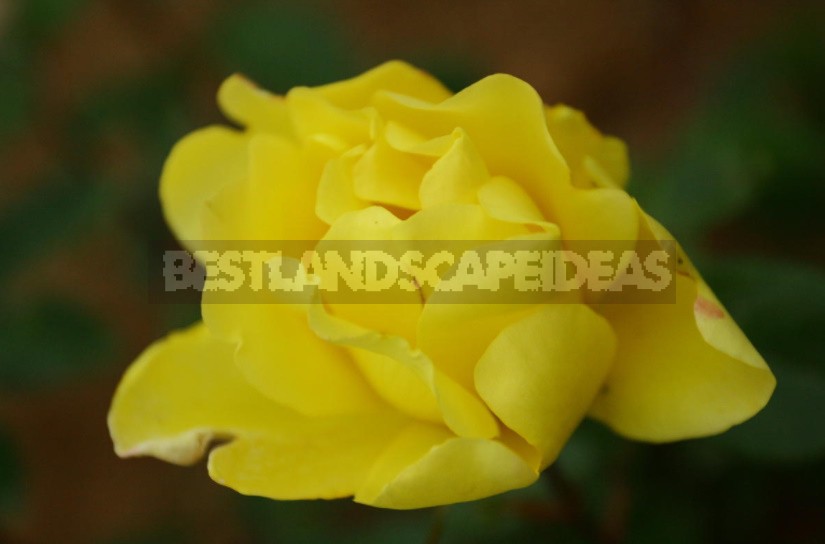 The following varieties have a strong aroma: 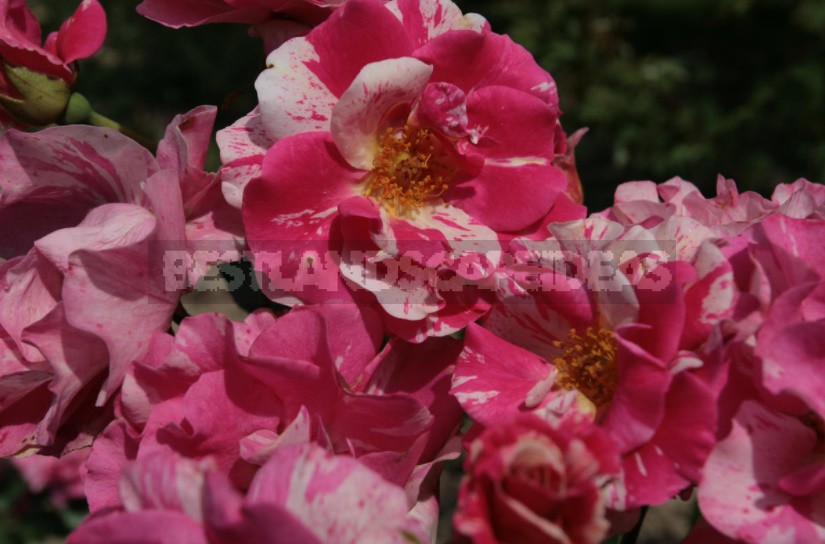 Early and persistent flowering, even in comparison with floribund roses, in our collection are two varieties: ‘Graciosa’ (Noack, 2002) and ‘Twist’ (Poulsen, 2000). 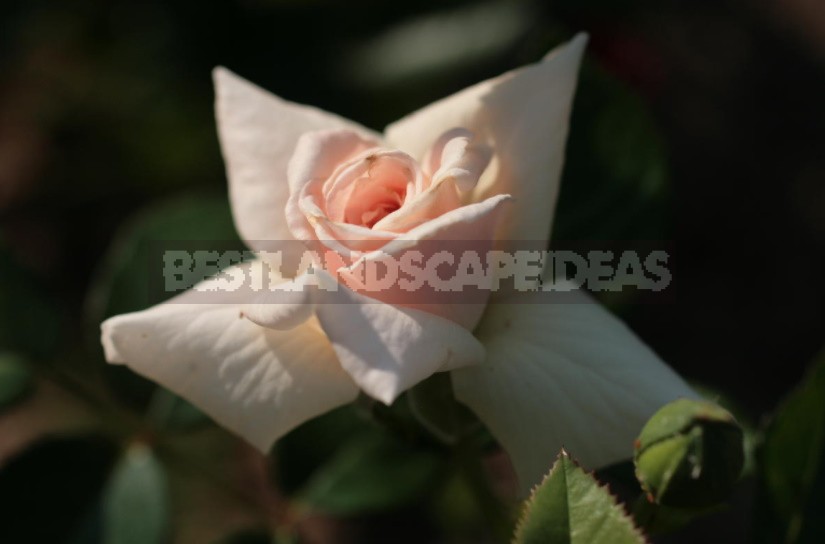 I will tell you a little more about my favorite rose. Thanks to the color, it easily fits into any garden. This modern descendant of musk roses has already conquered Europe (certificate of Honor, Le Rail, 1993. Prize for the best rose, Monza, 1993. Gold medal, Madrid, 1994. Silver medal, Kortrijk, 1994. Quality certificate, the Hague, 1996. ADR-2012).

The flowers are small, double (I counted up to 40 petals), snow-white with tiny bouquets of stamens. Inflorescences are large, suitable for cutting. The aroma is very strong, slightly spicy. From musk roses inherited the character of flowering-almost continuous, from the upper tiers to the lower. The height is up to 2.5 m, although it can be formed as a scar. The foliage is decorative and healthy. Undemanding to growing conditions, tolerates partial shade.

ADR — among the varieties of climbing roses 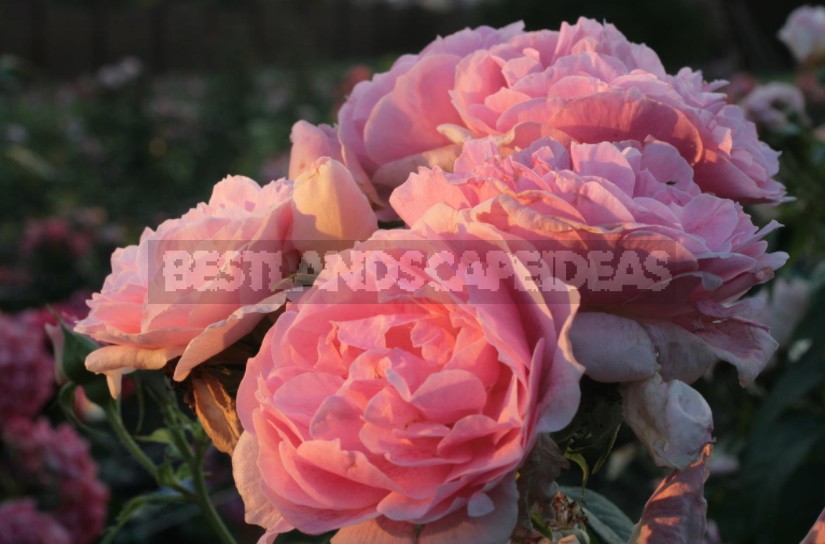 20 of The Best Pink, Crimson, Lilac Tea-Hybrid Roses for Your Garden
Ampel Nye Plants in Your Garden
These Unexpected Cereals: Beautiful And Also Edible
Geraniums Are Not Pelargoniums! Types And Varieties Of Geraniums (Part 2)