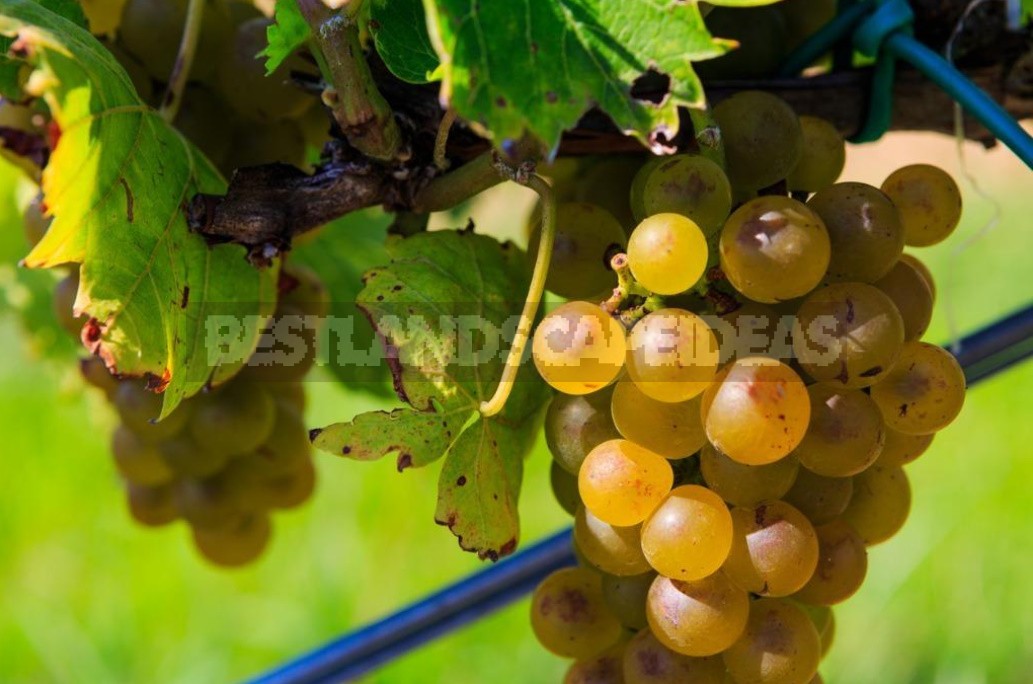 Grapes, gradually moving North, conquers more and more areas. But to grow it in areas that are not the most favorable for this purpose, to keep it from freezing in winter and as a result to collect decent harvests, it is not enough to have a suitable variety. A successful viticulturist is distinguished by knowledge and competent application of agricultural techniques that lead to good results.

There are no points in the agricultural technology of grapes that can be safely crossed out. Each of the rules or requirements consistently leads to the goal of getting the best quality ripe berries. Talk about proper watering and fertilizing, the side-shoot removing, clarification of the vines and the timely removal of Dewdrops. 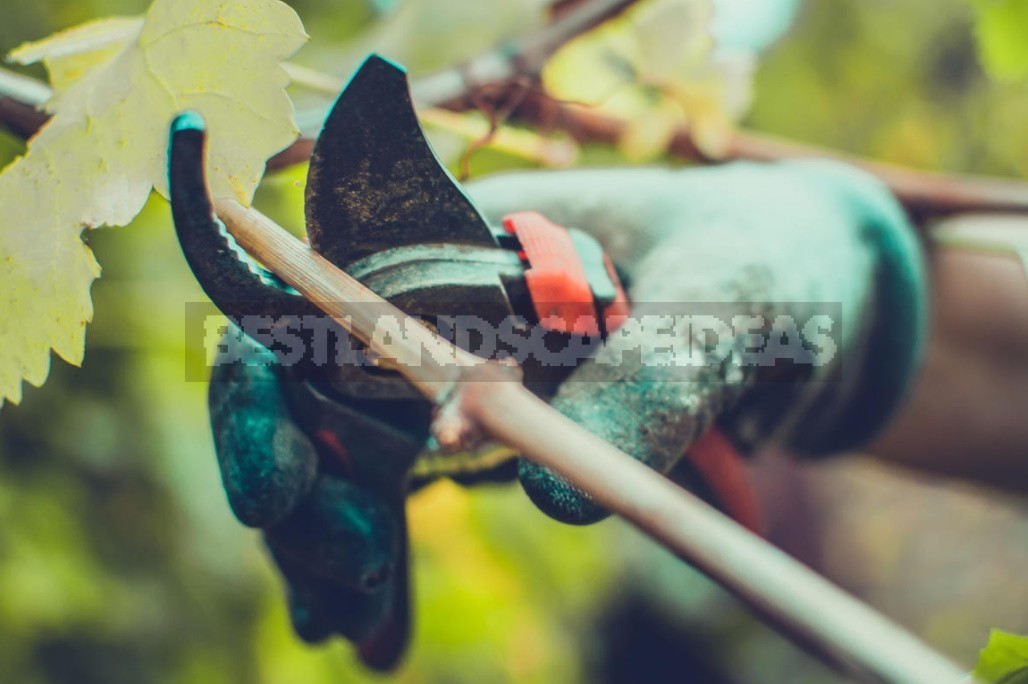 With high snow cover in the spring, there is quite a lot of moisture in the soil, and watering is not required at this time. But after the snow melts in dry weather, the soil quickly dries up, and even when the buds swell, the grapes lack moisture. Therefore, during this period, you should make the first watering at the same time as the first feeding.

Under the fruit-bearing Bush before watering, we add 20 kg (3 buckets) of rotted organic matter, 200-250 g of macronutrients (equally urea, superphosphate and potassium chloride or azophos), 300 g of ash on the soil surface. Then it is necessary to dig the soil slightly, only to a depth of 7 cm, and gradually pour out 30 liters of warm water. Immediately after watering, the soil is mulched with peat to a height of 7 cm. Another option is to loosen the next day so that a crust does not form that prevents air from entering the root zone. 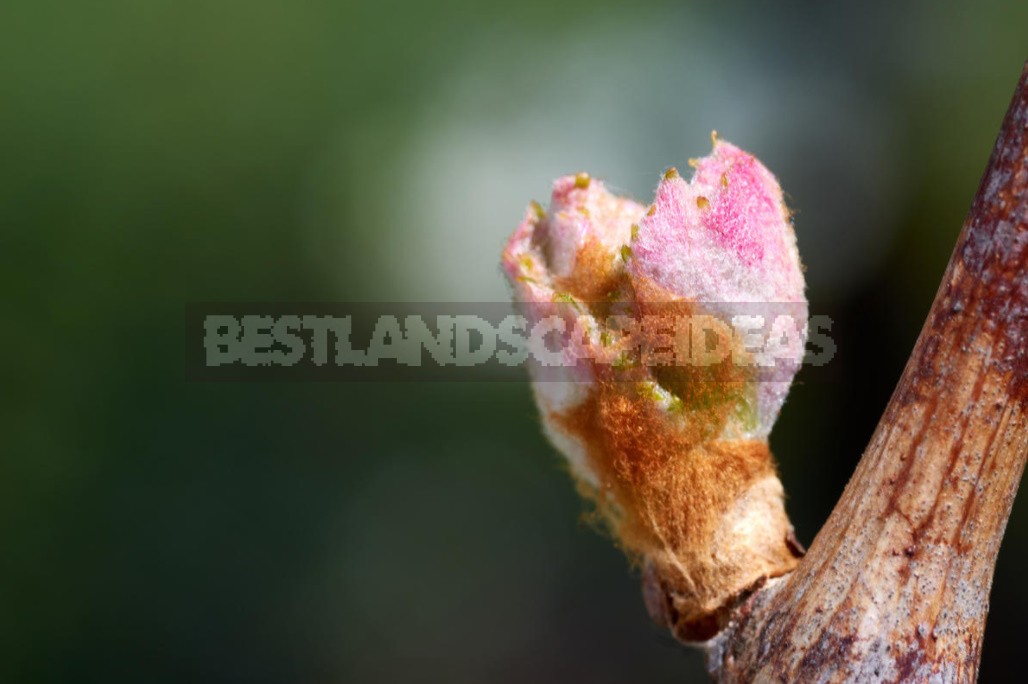 Watering with top dressing should be repeated after flowering: at the time of tying the berries (in mid — June) – and add an additional 2 buckets of organic fertilizers. By the end of July — repeat watering with top dressing, excluding nitrogen, and add only 1 bucket of organic matter. In dry summers, additional watering with warm water (from a barrel) is required at the beginning of July and at the end of August for 10 liters under the Bush. After harvesting (in mid-late September), you need to add 200 g of potassium and 200 g of ash to 20 liters of warm water. The vine for overwintering and laying the next year’s harvest should stock up on sugar, lignify well and acquire a bright brown color.

Removal of laterals and thinning

Stepchildren that appear from the sinus of a non-fruit-bearing vine that is not involved in creating the next year’s crop should be constantly removed from the very moment of their appearance (similar to what you do with tomatoes). You need to monitor them from the end of June to the end of August to reduce the “extra” green unproductive mass of the Bush. If you missed out, and the stepson has already grown up, then you need to leave the lowest leaf on it so that it does not start growing again. 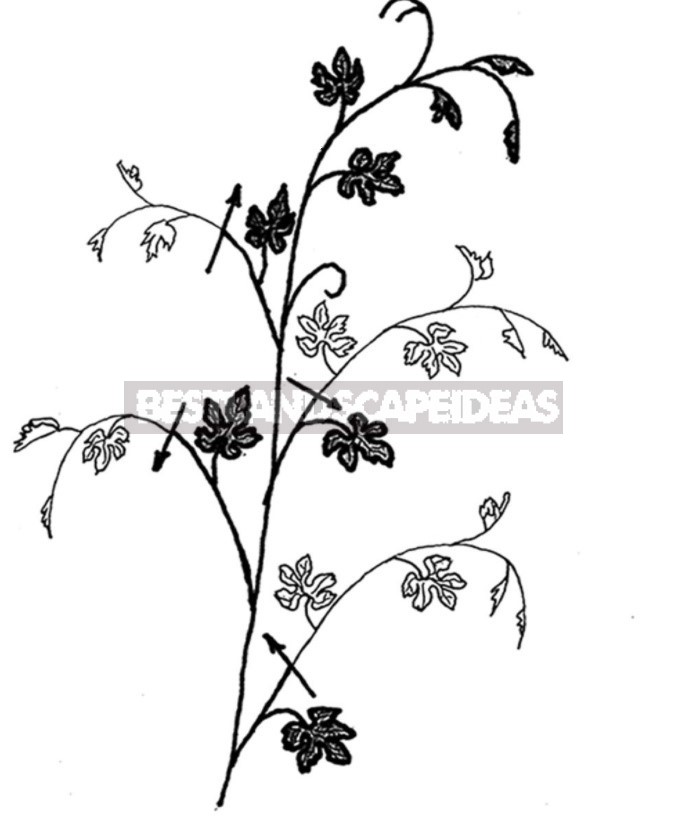 At the moment when the berries begin to acquire their varietal color, thinning the leaves should be done so that the sun shines as much as possible and warms the clusters.

Grapes — Liana, in natural conditions can reach 4-5 m in length, which makes it possible to use this culture for vertical gardening of the garden. In the South, this is usually done, combining business with pleasure. Grapes are given complete freedom of action, do not form, do not cut — and at the same time get a good harvest. 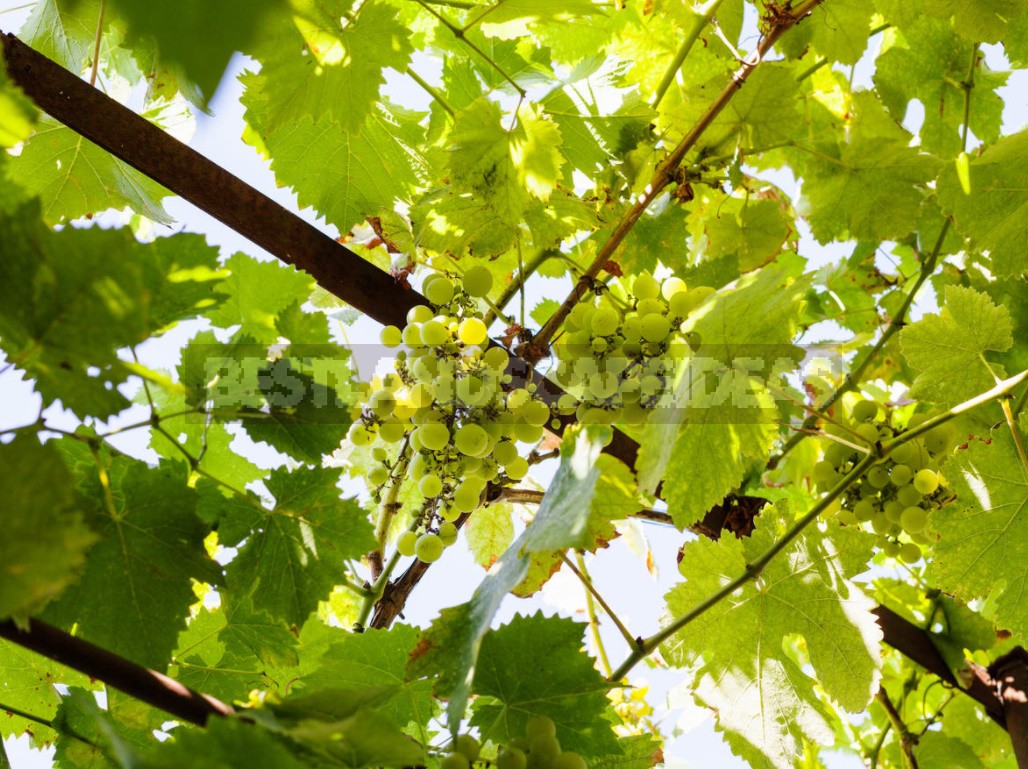 But when growing it for productive purposes, the growth of the Bush should be limited. As soon as the vine tied to the trellis reaches a length of 2-2. 5 m, it is necessary to pluck the apical growth Bud (conduct tweezing). This contributes to earlier ripening of the vine and ripening of berries. In the last decade of June, fruit sprouts located on a fruit-bearing vine should be shortened, immediately covering the cut, or cauterize the cut end with a lighter fire.

An indicator of the onset of this moment is the appearance of a tendril on the fruit sprout. After that, the next bunch will no longer appear on the shoot. As soon as you remove this, the flow of nutrients to the swollen bunches increases (similar to tomato tops). 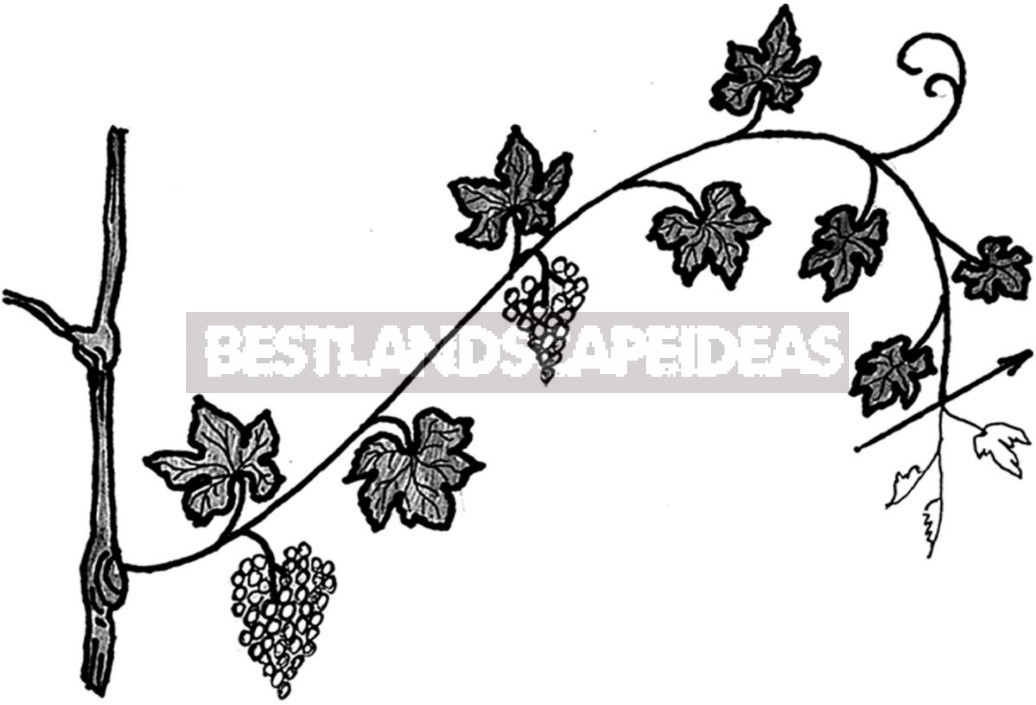 Grapes in the uppermost layer of the soil constantly form roots-dewdrops, from which it is necessary to regularly (twice in the summer) release the Bush. To do this, you need to scrape the soil from the base of the Bush to a depth of 2-3 cm and pluck or cut out juicy bright red roots-competitors. Dewdrops are easily formed on vines that touch the ground.

Preparing the hive for the winter

Naturally, a well-matured Bush will overwinter well. First of all, remove all weeds under and around the vine. Cut out the extra shoots on the sleeves, remove the weak and sick ones. After a constant cold weather (from -2°C to -4°C) is established, sprinkle the base of the Bush with dry earth or peat with a layer of 15 cm.

The next step is pruning the Bush. Now you need to lay the Bush sleeves on different sides and, if necessary, pin them to the ground with wooden slingshots. Then — immediately cover with 2-3 layers of spruce spruce branches.

If you have grapes growing in a wall culture, then you need to put slate or boards on top of the spruce branches to prevent water pouring from the roof during the thaw from entering the shelter. It is necessary to rake the fallen snow on the covered grapes, especially in low-snow winters.

Opening of bushes in the spring,

the Grapes are opened as soon as the snow comes down. You need to remove the spruce branches, carefully lift and tie the vines to the first trellis and immediately cover with double lutrasil, but not on the “head”, but above about 40-50 cm, to give the fragile shoots freedom to grow. 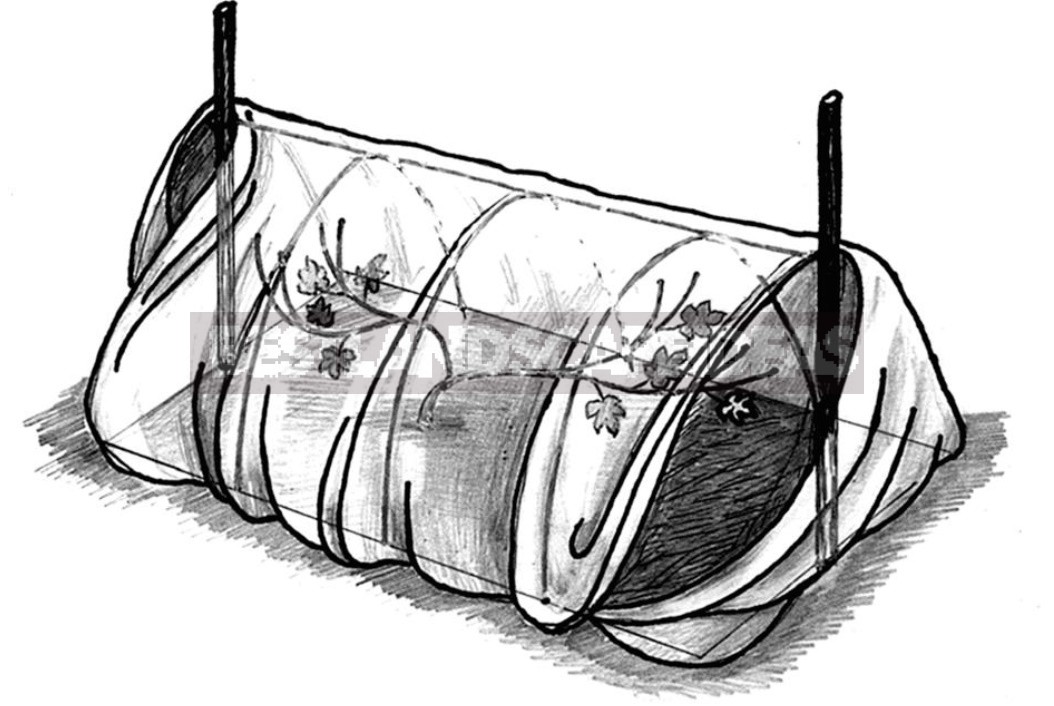 If severe frosts are expected at night, the grapes must be covered and put buckets of water under cover. After June 5, spring frosts come to an end, and the insulation can be finally removed. Remove carefully so as not to break the fragile sprouts.

In growing grapes, the most important thing is to be consistent and not hope that everything will grow by itself. With proper agricultural techniques, the result will not disappoint you — at the end of the season you will get a generous return in the form of full-fledged bunches of delicious, healthy berries. 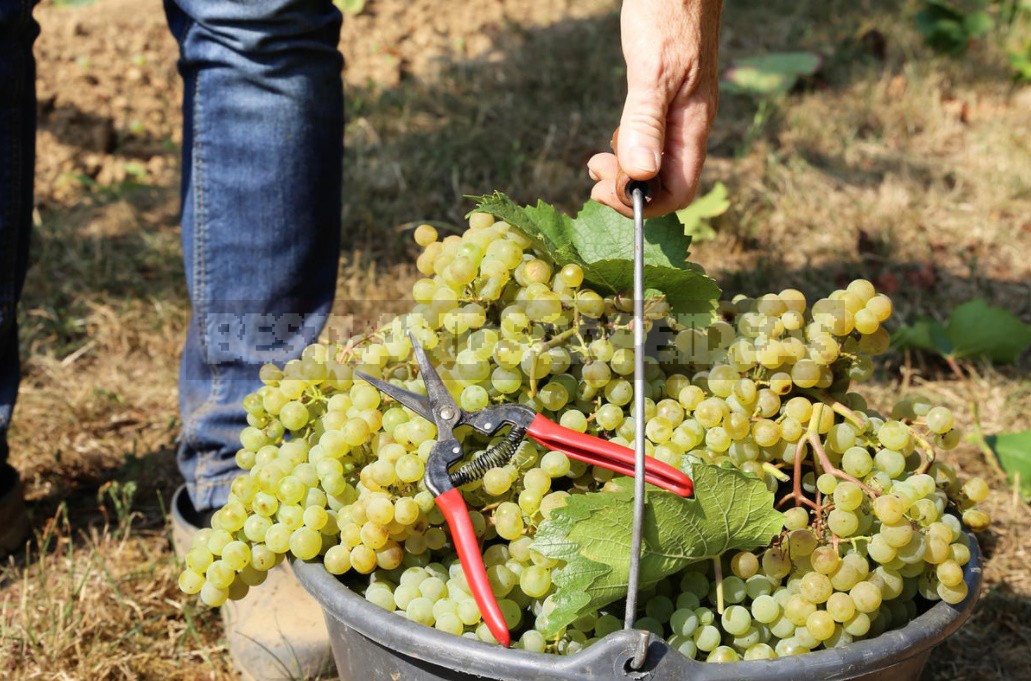 How to Lay Garden: Reflections of a Green Thumb 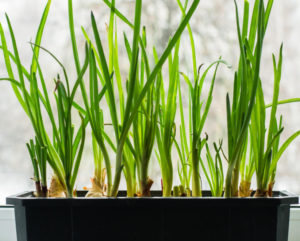 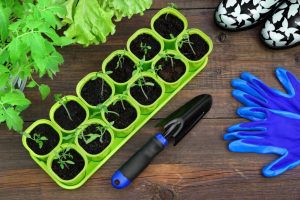 When And How To Sow Early Tomatoes: Sharing Our Secrets 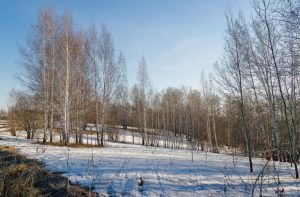