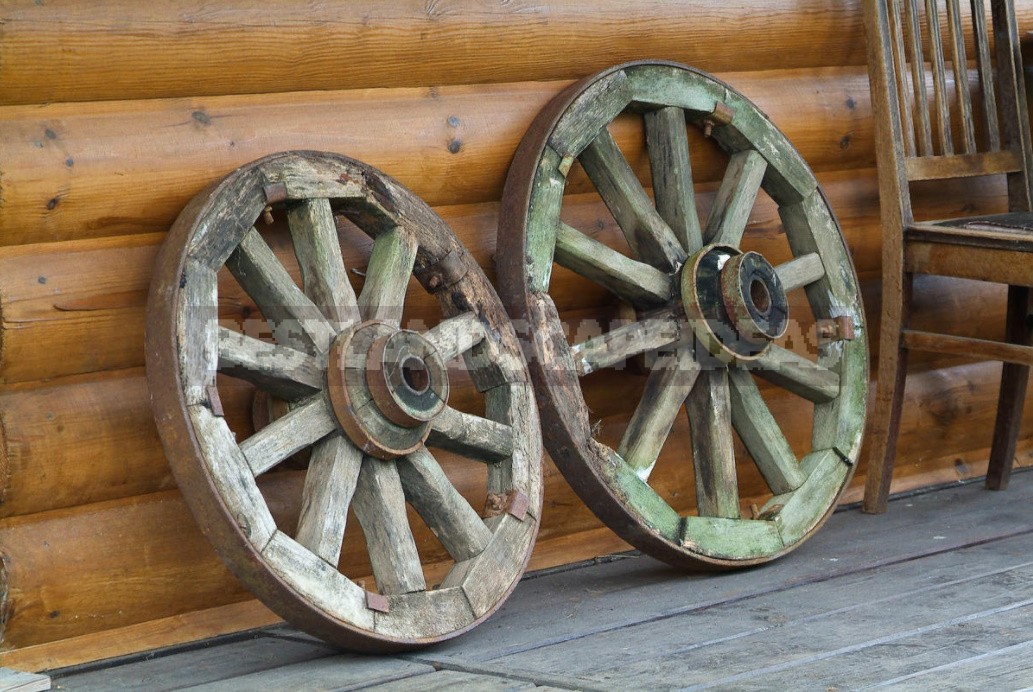 Antiques brought from the village are an extraordinary decoration of the modern garden. From each long-distance mushroom trip, we try to bring something interesting, so that later we can decorate our country plot with finds. In the fall, we go out for mushrooms. For two or three days. To the village where all the summer months were spent before, in childhood, my children.

Childhood memories after all, like a sponge, everything was absorbed, to the smallest detail — where the fire was burned by the river, where the white mushroom grew under what Christmas tree… So we are drawn to our native places.

We stop, curiosity bursts-really in such a forest and without mushrooms? No, no — half an hour and we return with full bags of whites. At one such parking lot, we went into the forest, and there is an old plantation, where once, apparently, resin was collected. The pines are decorated with notches in the corner, like Indians with a tattoo. Right piercing on the trunks. Yes, so neatly cut — it is clear that the pros worked. And under the trees there are rusty craters lying around, such unsightly caps. I couldn’t resist grabbing a few. At home, I cleaned, washed, added a little bronze, hung it on an old apple tree — beauty! Like bells. About mushroom trips memory and garden decoration. 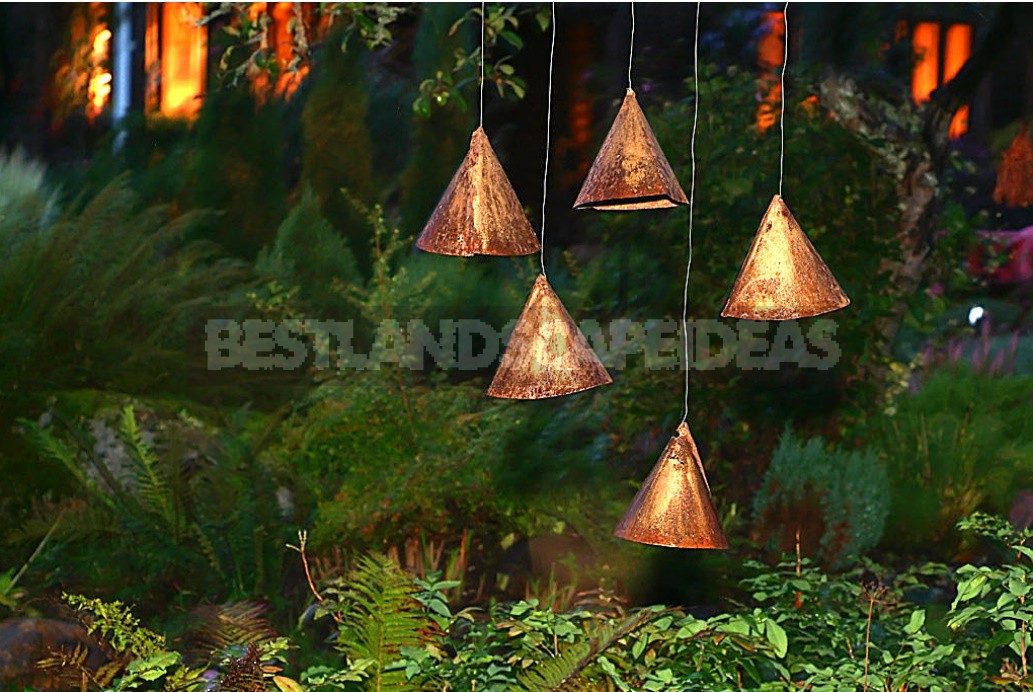 The rest of the funnels were ennobled brighter, the tongues were adjusted inside. The bells are so funny, elegant, festive. Swaying in the wind and about to ring… 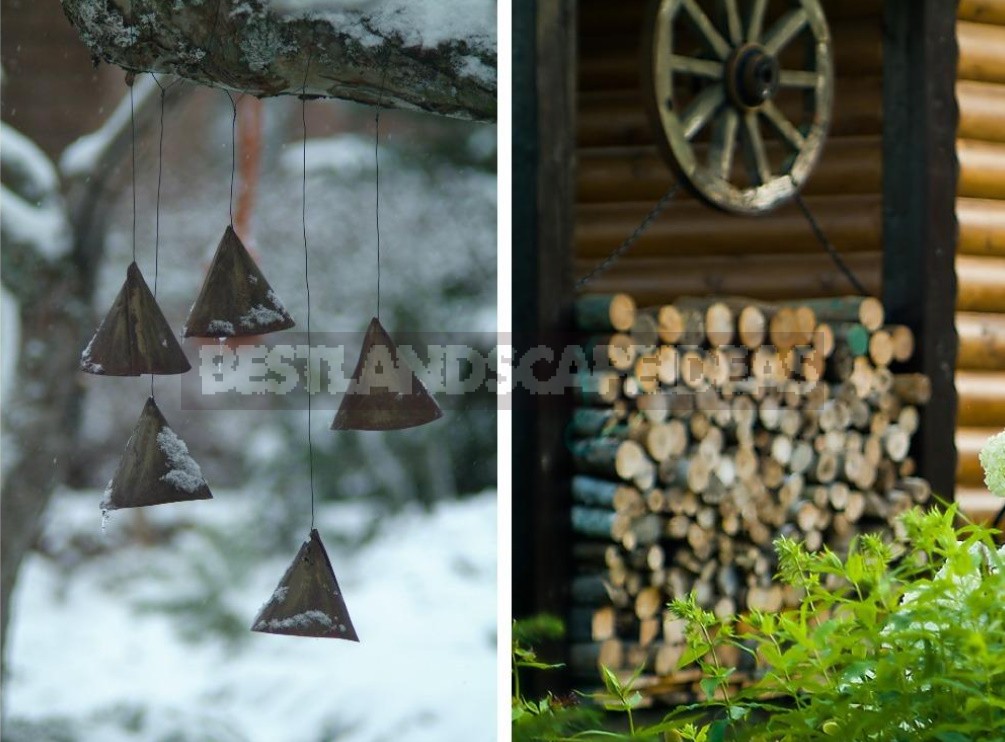 Then in the village was lucky and the wheels of the cart to buy. I’ve wanted to get them for a long time, but now you won’t find horses in the village, and wheels are quite scarce. As long as I remember those places-before on the outskirts of the village were always lying huge two-meter wheels. And now-nothing, like a cow tongue licked… Everything was taken to the gardens, it has become fashionable now.

But this year I was lucky. Two wooden ones appeared at once — a large one and a small one, from the same cart. I didn’t know that the cart had different wheels, that the front one was small. While they were being carried on the trunk, I saw how enviously people stared at them. 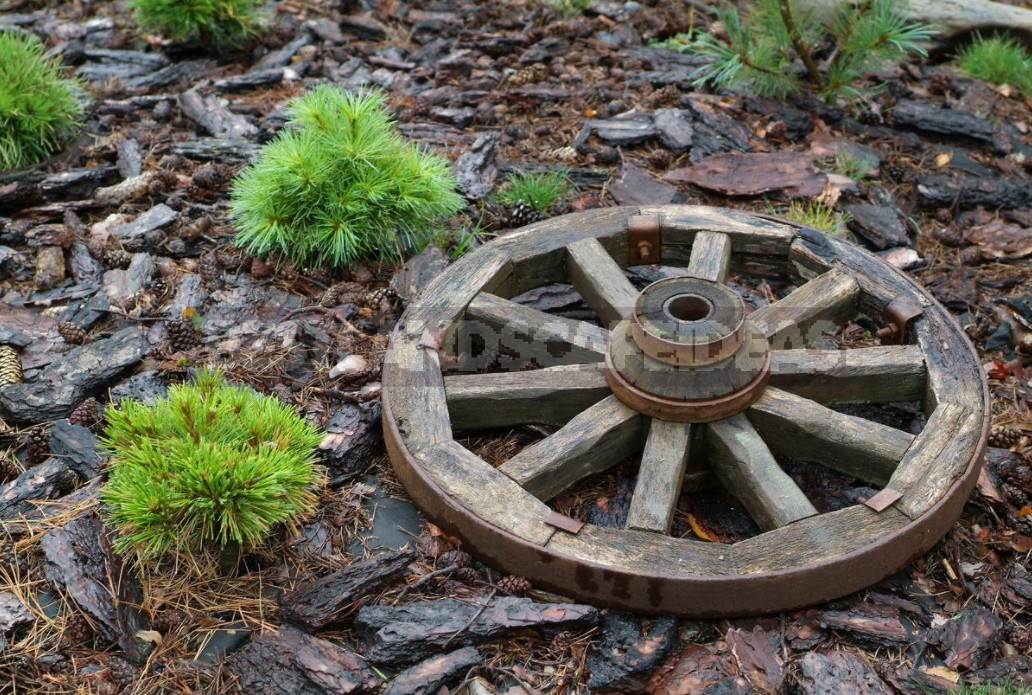 We ran around the garden with these wheels, did not know where to attach. But then they found it: a large one near the bathhouse was hung on chains, where neatly laid round logs protect the plants from strong winds. And the small one was just thrown on the bark, as if the man had lost it on the way. Naturally so lying around, I like it.

And in our garden there is an old heavy wheelbarrow with a fallen off handle. Heavy, like coal, with thick iron wheels. 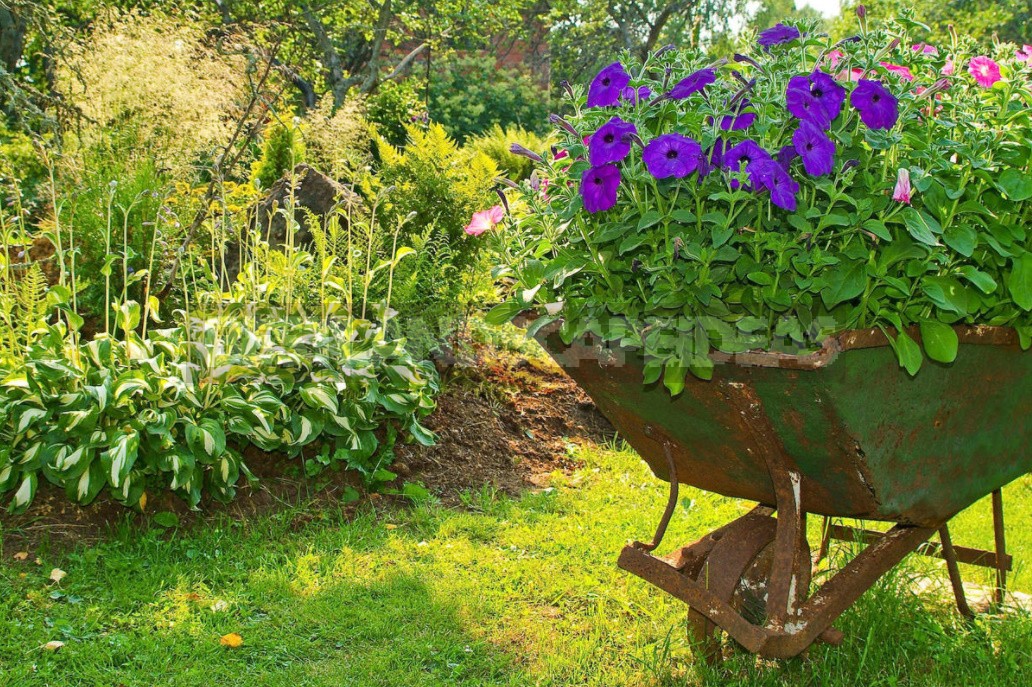 I admit honestly-I found it in the trash. Well, I liked it, although they scold the house for its unsightly appearance. And I think it is unusual, it looks beautiful flowering plants-a bright spot among the coniferous garden. Well, let it stand for now. 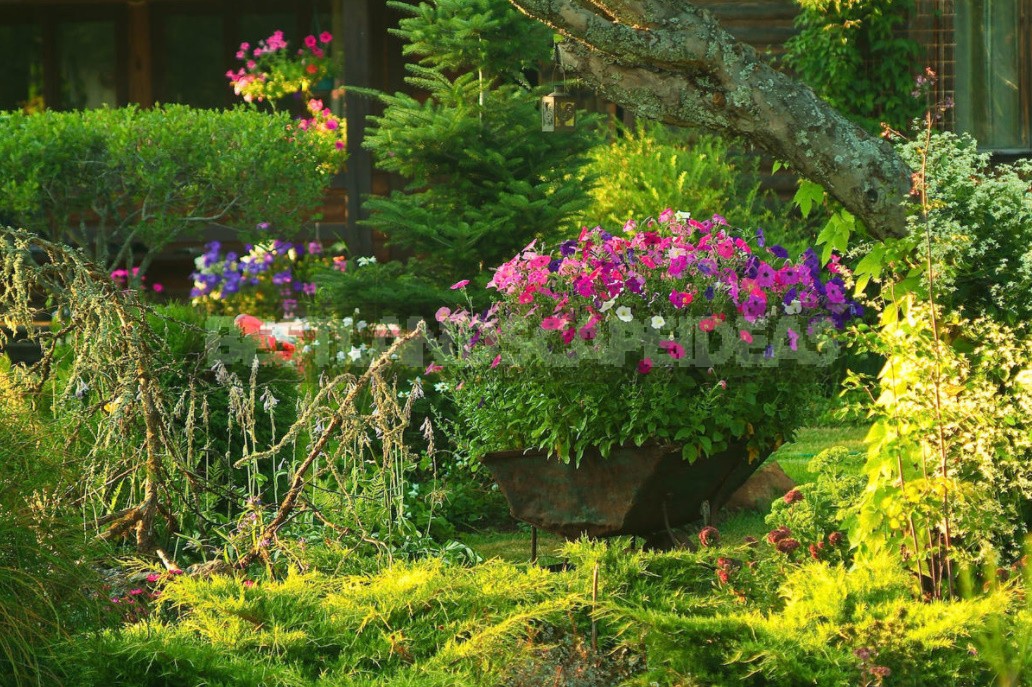 We’ll go back for mushrooms — I’ll look after something else. Here I dream to bring a bottle of some strange, old, with a huge cork… 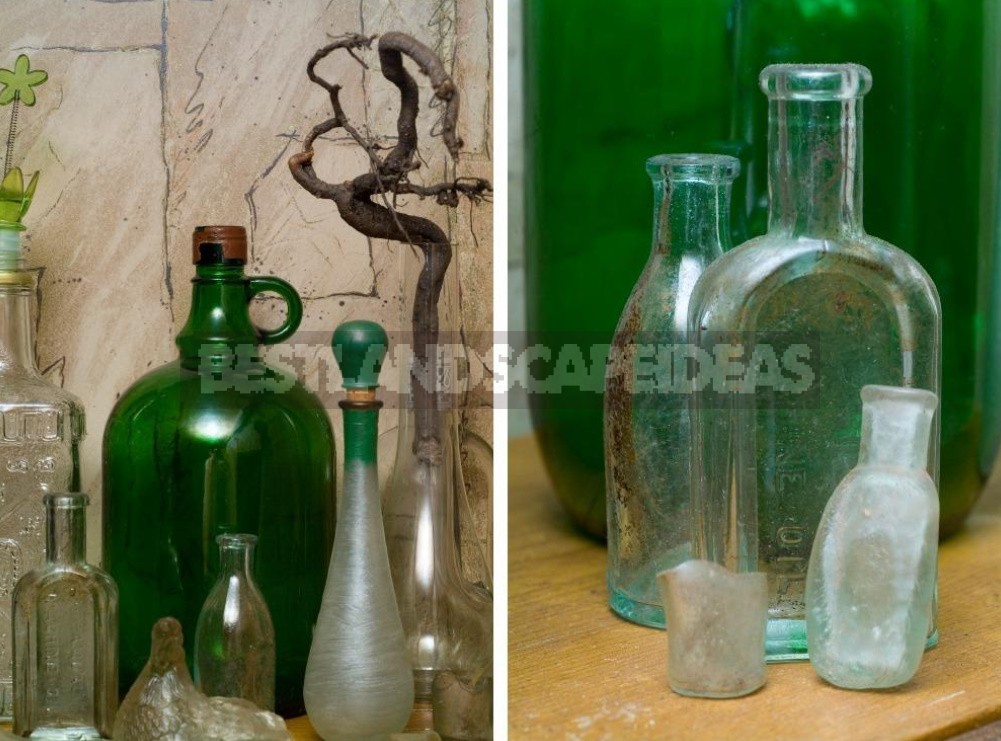 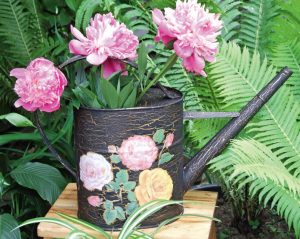 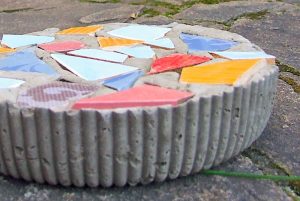 Multi-Colored “Steps”: a Master Class On Creating a Walking Track 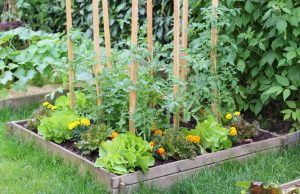 Sunny Shades In The Garden: Plants In Yellow And Orange (Part 2)