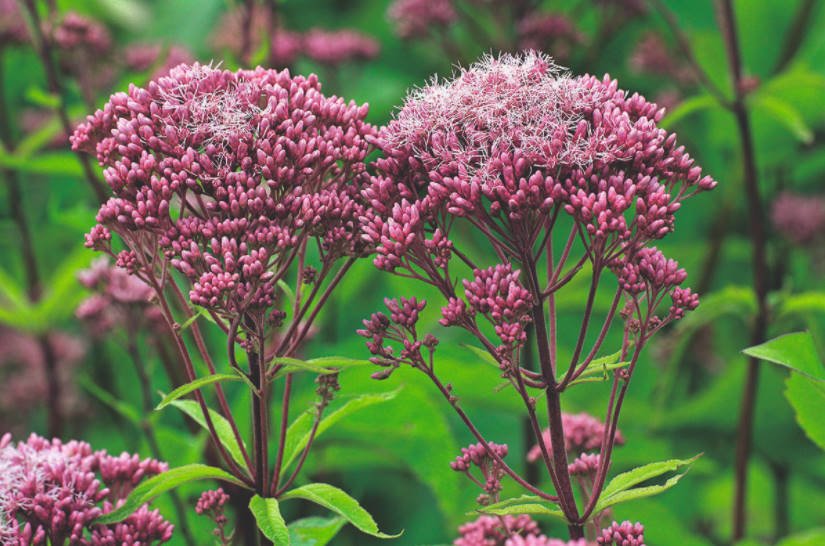 Lush hats, proudly towering on slender stems … you Want a luxurious handsome man settled in your garden? Let me introduce-Euphatorium.

Ironically, this wonderful, very decorative plant was named in the language — Eupatorium. He has some similarities with hemp, which once produced a rough and tough canvas — Eupatorium. The hemp itself, which served as a raw material, was also called Eupatorium. The greatest similarity with her is in the Botanical name of which hemp is mentioned twice, — Eupatorium hemp. And when you hear about “water hemp”, you can easily guess how to find it in the wild — on wet and wetlands, along the banks of ponds and streams: that’s where it grows almost all over Europe. 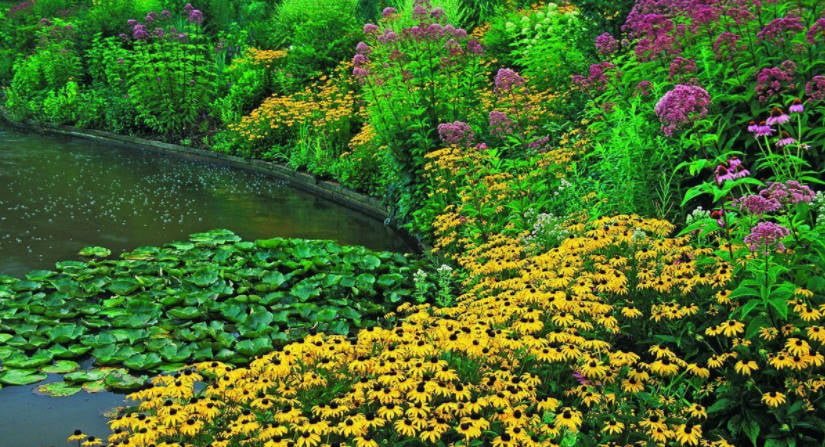 The Types Of Eupatorium

Eupatorium hemp — rhizomatous perennial with straight, sturdy stems over 1.5 m. Small, light smoky-pink flowers are collected in corymbose inflorescences. Stems from the bottom to the top are covered with seemingly the same simple narrow leaves. However, if you look closely, you can see that the bottom leaves are complex. They really resemble hemp: consist of several separate lanceolate leaves on one common petiole. On this basis Eupatorium hemp can be distinguished from its other two counterparts, popular in decorative floriculture — Eupatorium spotted and purple, originating from North America. Those leaves are all simple, lanceolate. Another difference of North American species — rich purple-pink color of inflorescences.

Eupatorium spotted its name was for the purple spots on the stems, although it is common and plants with fully colored stems in this color. Have Eupatorium purple green stems slightly touched up in knots. In garden cultivars one of the decorative features-the color of the stems: they can be wine-red, purple-pink and spotted. Eupatorium spotted reaches 2 m in height, and purple — 1.5–2.5 m, and the leaves of his rather big — up to 30 cm in length. 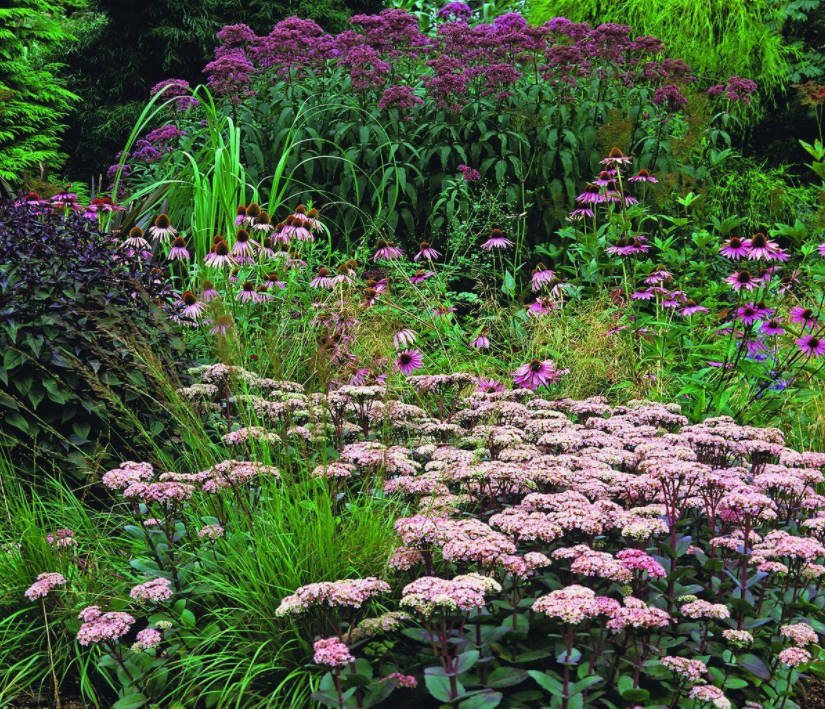 In the gardens of the beauties in full force declare themselves in the second half of summer and autumn. Tolerate the weather pretty well. Nevertheless, the stems weighted by the mass of inflorescences often tend to the ground after rain. 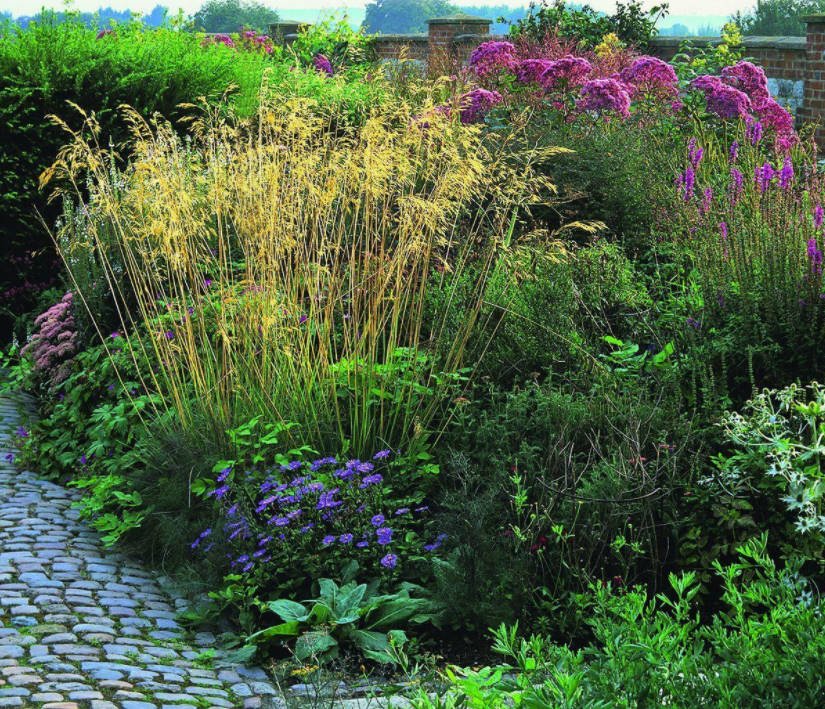 Tip: install supports or plant Eupatorium in a composition with other tall perennials to keep the stems of plants friendly to each other. Good Eupatorium and in some groups of the complex flower gardens, where the dignity of the giants are in the background. Particularly popular plants acquired in flower beds, simulating the Prairie. 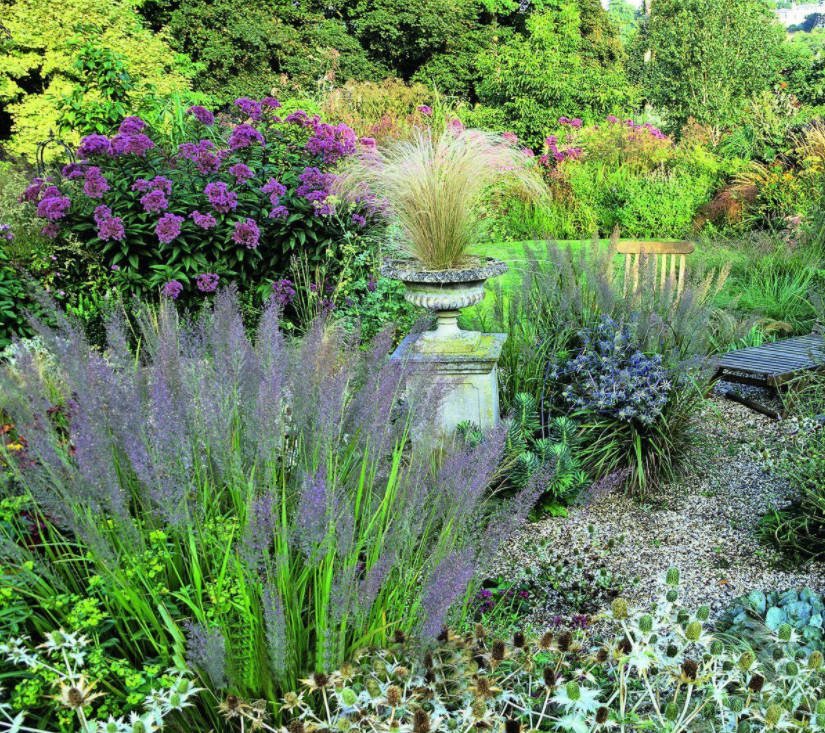 By autumn, the grasses become Golden in color and create a spectacular contrast background for purple-pink clouds Eupatorium.

Eupatorium flowers rich in nectar in natural gardens with its help attract bees, Bumble bees, and beautiful butterflies. Especially popular is the plant in light-winged nectar lovers by the end of the season, when there are few flowers in the wild. Therefore, in gardens for wildlife observation Eupatorium doubly appreciated. 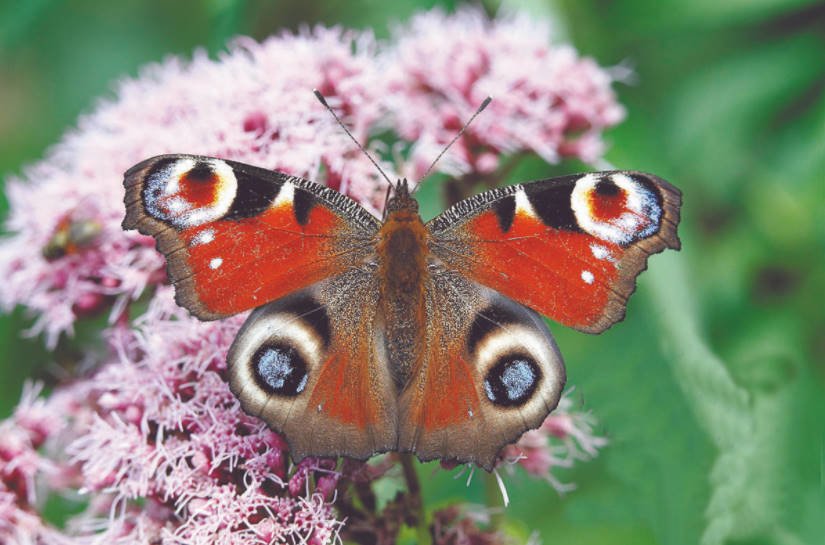 Flowers Eupatorium rich in nectar, which on all sides fly insects-sweet tooth

By the way, among the plants Eupatorium purple there are instances of fragrant leaves, the flavor of which is reminiscent of vanilla.

READ  Chicory is an Amazing Plant with Many Useful Properties

Tip: in the spring of Eupatorium grow later. To place is not empty, put under the bushes finely bulbs.

Enough decorative Eupatorium after flowering? Adherents of the garden aesthetics of the new wave, allowing the presence in the garden of signs of withering nature with shades from straw to rusty brown, on the contrary, in the swollen inflorescences find a special charm. With the arrival of winter left untouched bushes again in the spotlight: they are beautifully covered with frost and snow caps.

Tip: cut the stems at the end of the season or in the spring — depending on the aesthetic preferences. 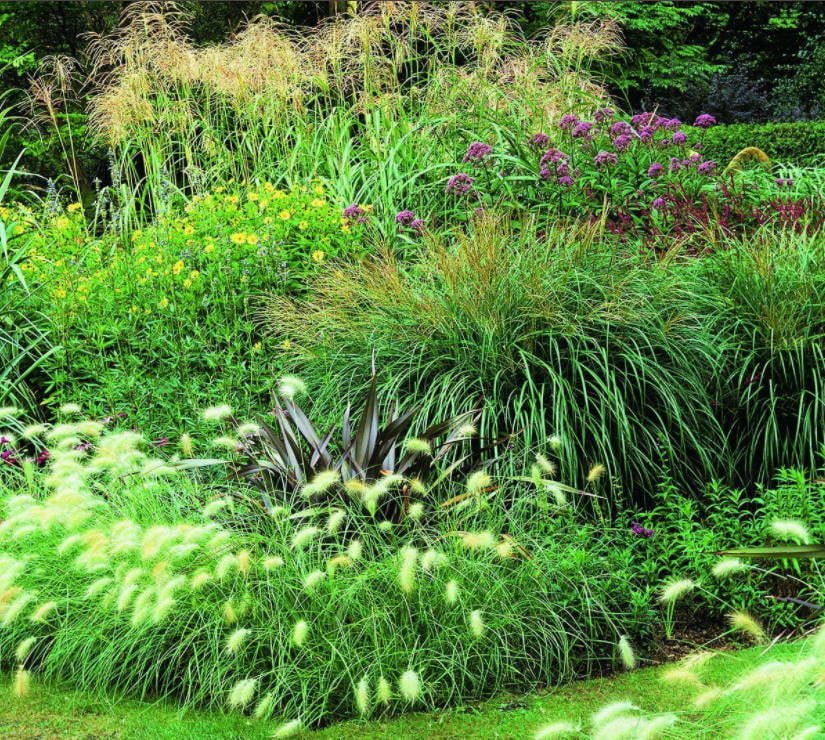 If you want to admire the giants-provide food and moisture in abundance. For planting, choose areas well lit by the sun.

And finally-a curious fact from the world of science. Recently, scientists have revised and the new “rearranged” the whole genus Eupatorium. In the end, Eupatorium Cannabis still belongs to the genus Eupatorium and the spotted and purple moved to a separate, not too easy to pronounce, genus Eutrochium. So the American varieties should now be called “eutrochium”, and it is unlikely that it will please gardeners. 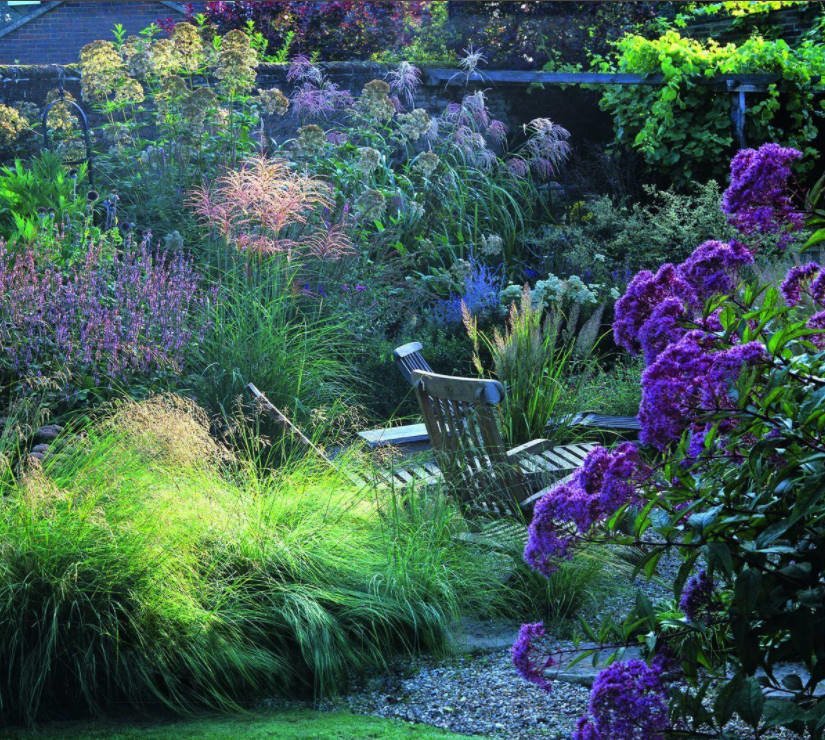