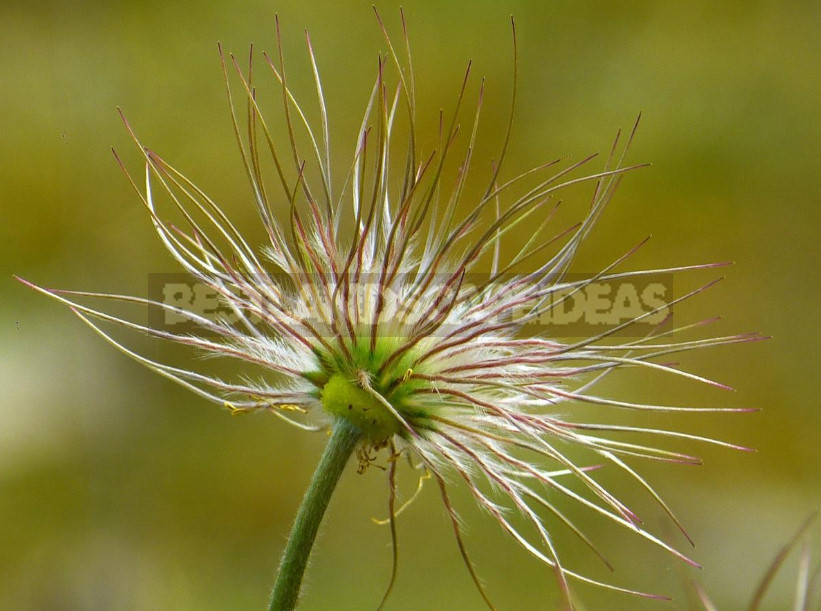 We have already got a sufficient idea about the species, varieties, habitats of a wonderful plant — the charming Pulsatilla. A special attraction gives this plant a thick, soft silvery pubescence, which is covered with stems, leaves and the outer side of the petals.

In France and England it is called “Easter flower“, and in Germany – “cow bell“. 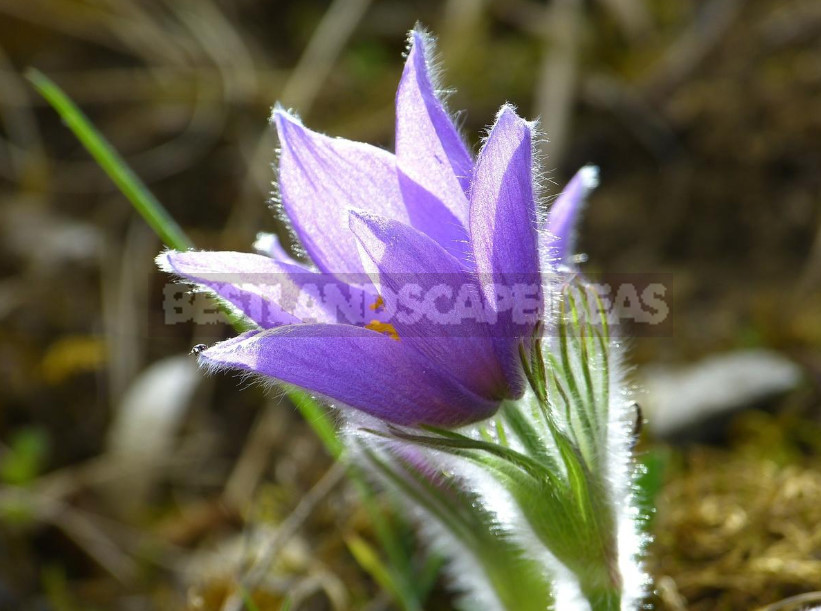 The beauty of these poetic flowers attracts everyone’s attention, and in places of natural growth they are intensively collected for bouquets. Pulsatilla disappears, especially around big cities. 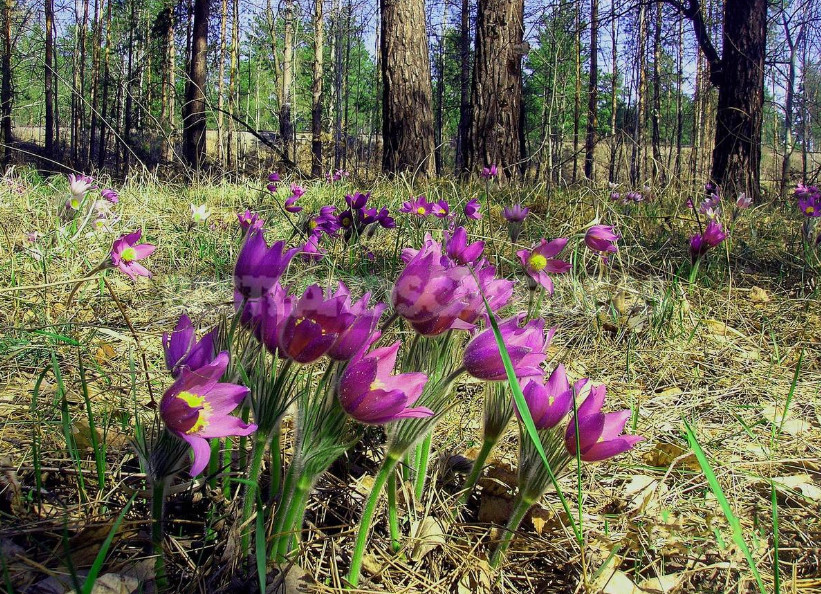 Currently, all kinds of Pulsatilla are prohibited to collect. It is the duty of every person to keep these wonderful plants in nature.

How to propagate Pulsatilla seeds

If you meet Pulsatilla in natural habitats, in any case, do not take the shovel and do not transplant it to your dacha, it will still die after transplantation. These plants are in adulthood does not like being transplanted and does not reproduce vegetatively.

All kinds of Pulsatilla well propagated by seeds. Remember the place where you met Pulsatilla in the spring, and come there in two months when the seeds are ripe. Due to the long pubescent awns on the fruit, the plants in the fruiting state are well conspicuous and easily recognizable, so it is not difficult to collect seeds. 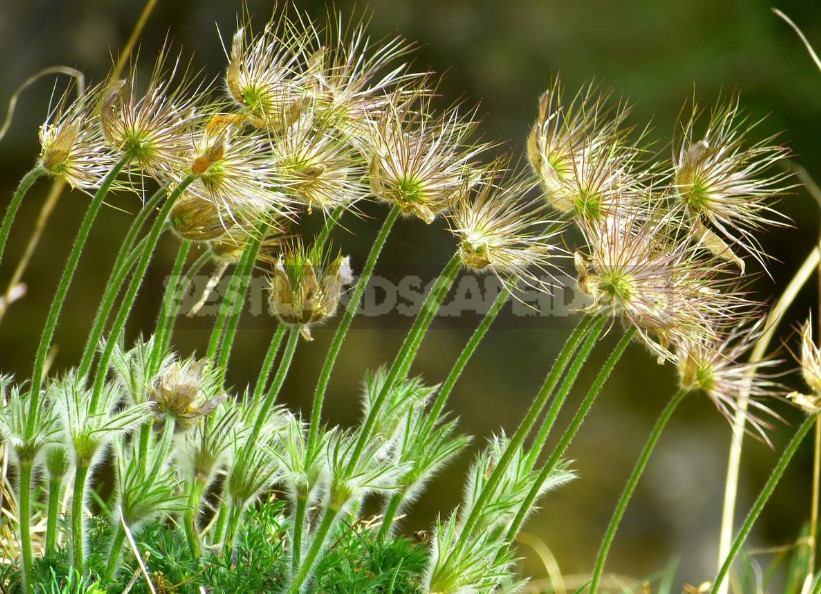 The collected seeds should be sown immediately. In this case, after a month or even earlier there will be abundant shoots. You can sow seeds in the winter or spring of next year, but the germination of seeds in such cases is lower. There is evidence that when sowing for winter seeds germinate worse than when sowing in the spring.

The depth of seeding – 1 cm, it is permissible even slightly sprinkle them with earth. Seedlings are recommended to be protected from direct sunlight and watered regularly. They do not want to dive. It is best to sow the seeds of Pulsatilla immediately to a permanent place, and then thin out the thick shoots.

When summer sowing to fall plants form a rosette of 2-3 leaves that winter green. If the plants were sown in the garden, then they should be planted in a permanent place for the next year, not later. Before planting, you should dig deep into the soil, as the roots of Pulsatilla penetrate to a depth of 50 cm.

Pulsatilla patents blooms in the culture, usually in the third year after sowing. Some species bloom in the second year, and there are those whose flowering will have to wait 5-7 years. Blossom Pulsatilla in late April – early may, some species a little earlier, others later, and others – in late may and early June. Pulsatilla patens flowers in April over two weeks. Its seeds ripen at the end of June. 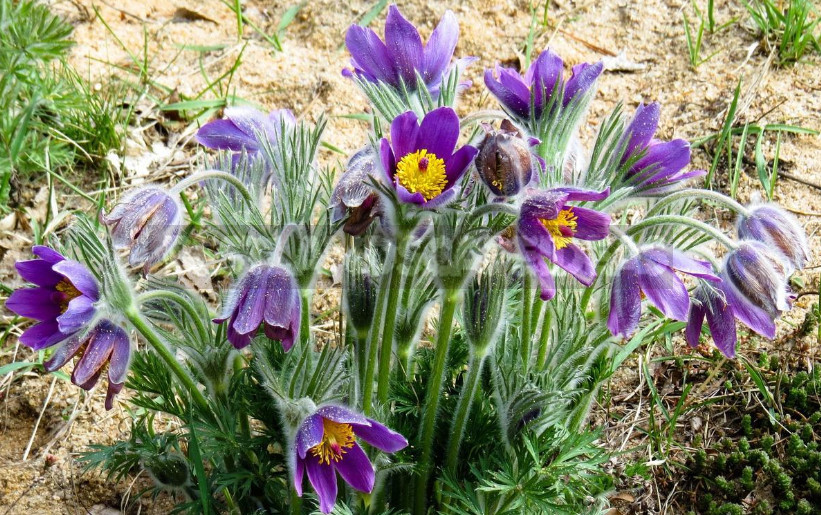 Decorativeness of these plants is preserved after flowering, thanks to the beautiful basal leaves and bunches of fruits with long pubescent awns. Sometimes in mid-summer Pulsatilla patents in nature and in culture can re-bloom. In the culture of Pulsatilla, unfortunately, short-lived — a few years fall.

Pulsatilla grows well in the garden. Pulsatilla vulgaris in the West is grown since the middle ages, he and his varieties are generally the most common. With good proper care at the age of 8-9 years, it can give in culture up to 200 flowers per copy. Pulsatilla patents has 40-50 flowers and buds at the same time. Pulsatilla is grown not only in the open ground, but also in greenhouses as a pasture crop. 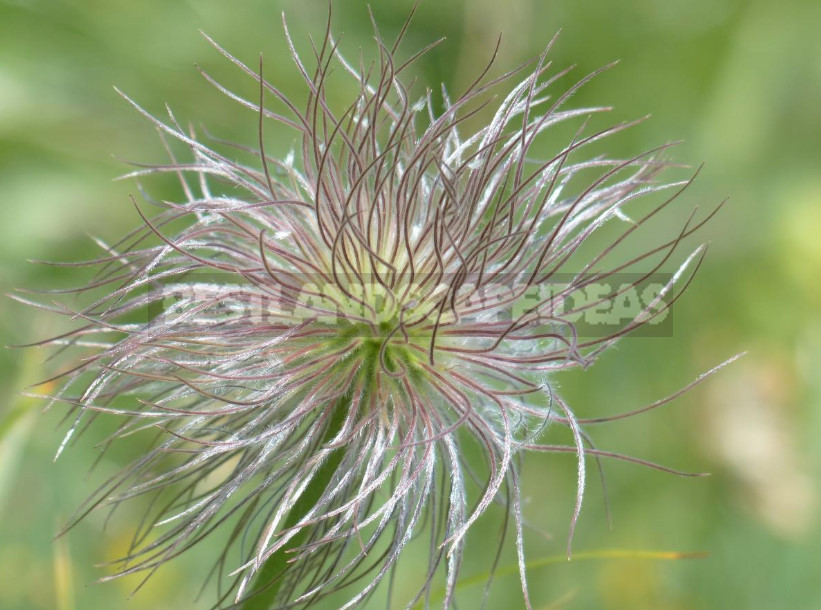 Many gardeners successfully cultivate these plants, but they have not yet received wide distribution. For Pulsatilla choose a site with well-drained loose rich soil, although they will grow on poor sandy, but in all cases it is necessary to make lime. Low damp places for Pulsatilla are unsuitable. In dry summer watering is required. Pulsatilla can grow in the open and in light partial shade, but especially important is good light in the spring at the time of flowering.

Use of Pulsatilla in medicine

Hippocrates also used Pulsatílla hálleri to calm patients with hysteria. Pulsatilla used to be widely used in folk medicine for the treatment of many diseases. Currently their recognizes only homeopathy. 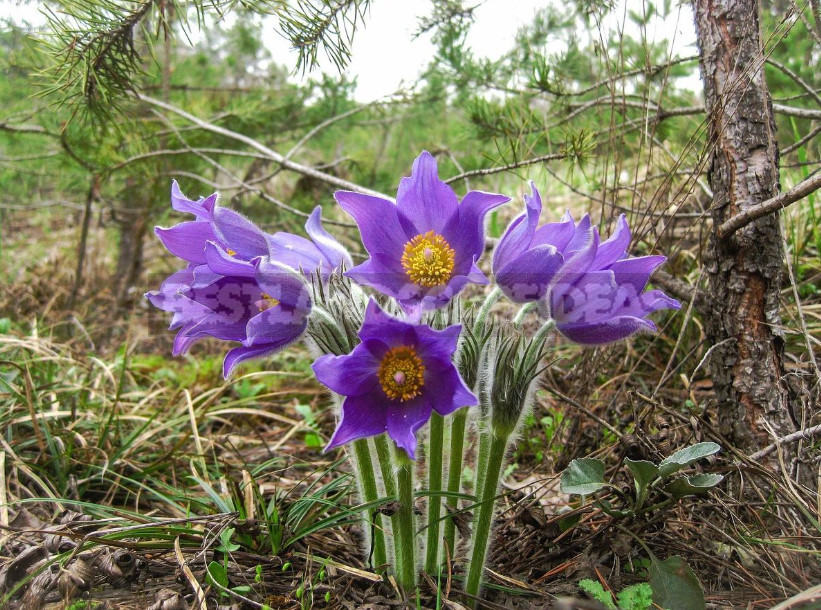 Like many other plants of The ranunculáceae family, they are poisonous. The grass of almost all kinds contains among other biologically active substances poisonous lactone anemonin, which has a strong irritating effect on the skin and suppresses the respiratory and cardiovascular centers of the brain.

When using the infusion of fresh grass inside can come acute inflammation of the gastrointestinal tract, kidney irritation, sometimes paralysis and even death. External use of Pulsatilla is permissible. Leaf extract has a strong bactericidal effect.

Ipomoea Batatas, Stachys Sieboldii and Polymnia Sonchifolia in Diabetes: Physicians From the Garden
Heuchera: Species, Varieties, Features (Part 1)
How to Plant And Place Peonies in the Garden
Compositions Of Bulbs For Flower Beds And Flower Beds: Planting Techniques (Part 2)