Where and how to plant peonies

Peonies are light-loving plants. They can tolerate partial shade, but it is believed that the landing site should be illuminated by the sun for at least 6 hours a day. But wild (species) peonies are much better tolerate shading, because in natural conditions grow under the canopy of the forest. These peonies – P. wittmanniana, P. mlokosewitschii, P. anomala and others-are exceptionally suitable for” natural corners ” of the garden and landscape compositions.

It is worth noting that many species of peonies look attractive in landscape compositions not only during flowering, but also at the time of fruiting, when the unfolded leaflets are painted in bright red, and the seeds-in black. From a distance they are very similar to unusual flowers and decorate the Bush before frost. There can also be successfully used and varietal peonies with a double flower shape. 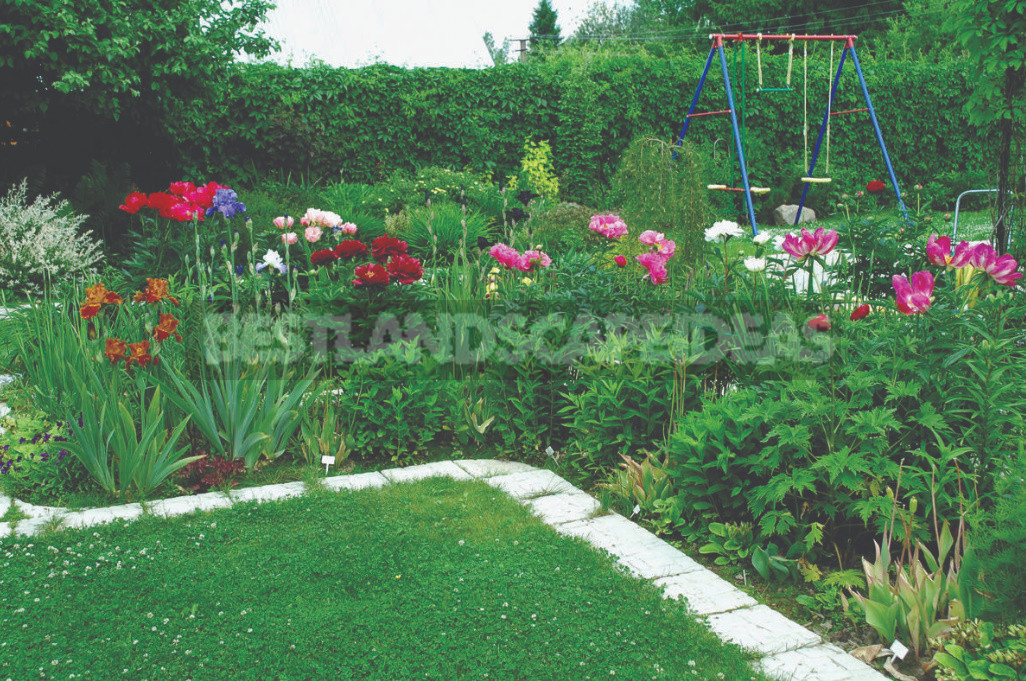 To show all the splendor of peonies, they are usually given the most prominent places. These plants need space, and the best background for them – emerald lawn. One of the known schemes of planting peonies – the establishment of a clear rhythm on the perimeter. Advantageous look curtain of 3-5 varieties of contrasting color, selected taking into account the height of the Bush and, preferably, one flowering period. Good peonies in a circular landing on the background lawn, and decorative compositions separately from double and single varieties. Beautiful and peony bushes on a background of silver fir trees.

Peony-one of the best plants for mixborders. Between the peony bushes you can plant bulbs (e.g. tulips). And after flowering, when the ends of the stems are cut to the first leaf, a large Bush with decorative foliage becomes a good background for other flowers, and in open areas on the background of the lawn – and an independent decorative element. 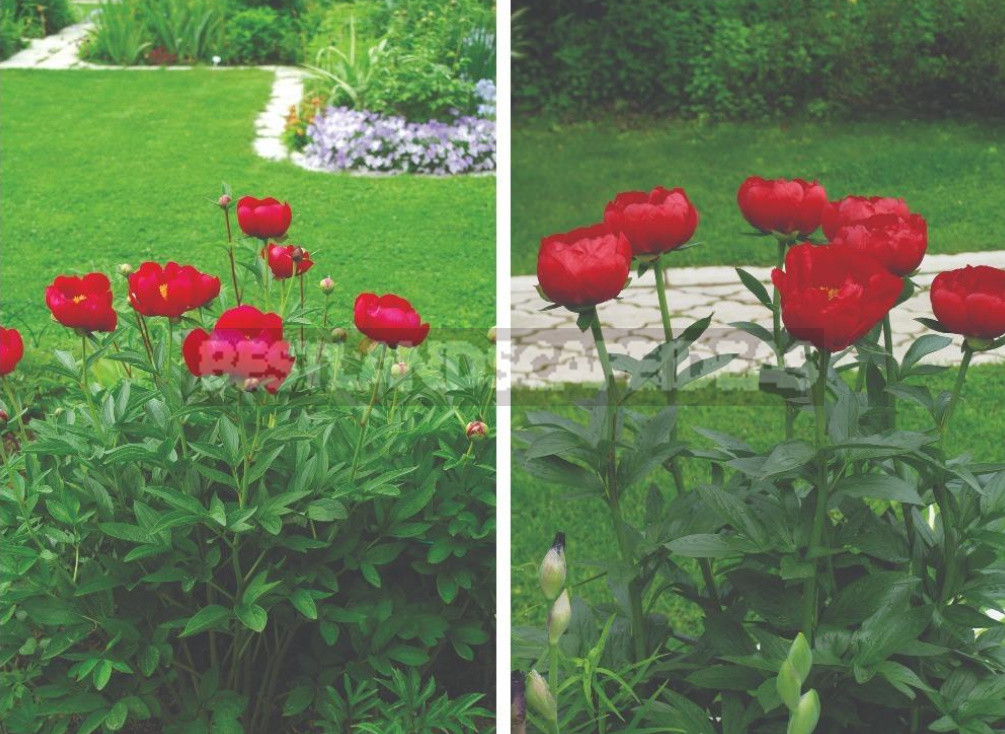 In conclusion, I want to share the experience of placing peonies on your site. In its center, peonies are planted in mixborders of perennials (by the way, in mixborders, you can use varieties of peonies that require support – it will be invisible among neighboring plants).

A large mixborder is located South of the center track. Between them-a strip of lawn width 1-1. 5 m. the Width of the mixborders about 1.3 m. in the center of it, with a step of about 1 m planted peonies in large pits with nutrient soil. Between the peonies – lilies, nests of 3-5 pieces of the same sort. From the center (i.e. from peonies) towards the path (to the North) are staggered daylilies, and at the edge of the lawn – primroses and hosts. The other side of pions (South) planted “spots” irises, tulips (10-15 PCs in plastic baskets for bulbous), Phlox and chrysanthemums. 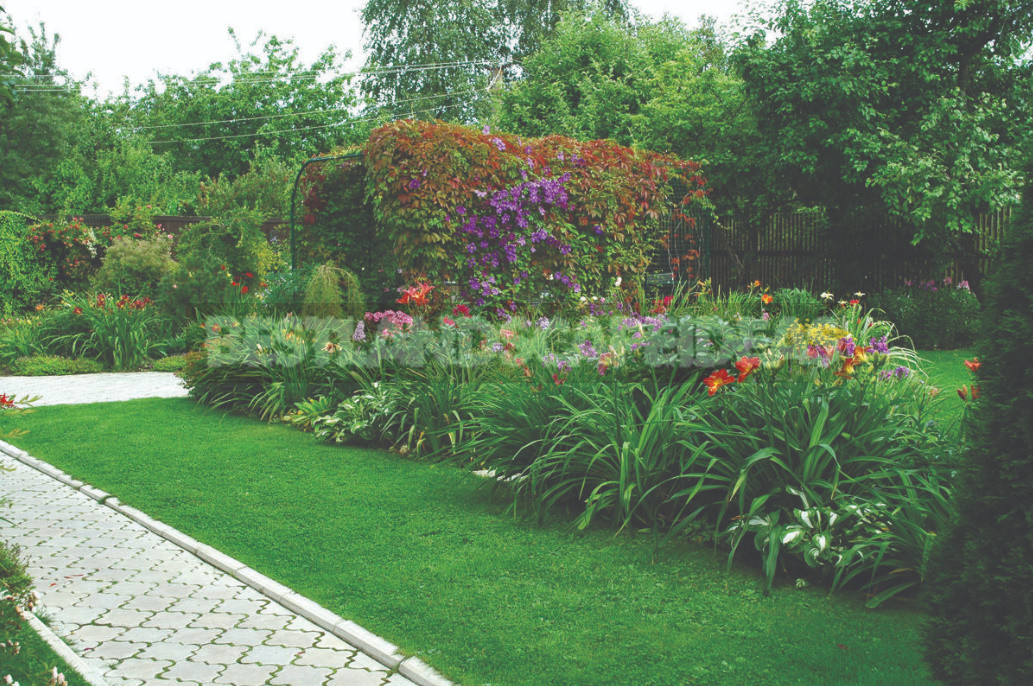 So I got a long, blooming from spring to autumn bed: may-tulips and primroses, combined with the opening red leaves of peonies; June – peonies and irises; July – late peonies, lilies and daylilies; August – daylilies and Phlox; September – late Phlox and chrysanthemums. When bloom tulips, irises and lilies, often having then unsightly appearance, their side paths decorate the leaves of peonies.

I recall that when planting in mixed borders, it is necessary to consider not only the timing of their flowering, the Bush height, the combination of colors, but also the location in the space, as different types – different requirements for light. For example, irises are planted at me from the southern edge of a mixborder because their roots need warming up by the sun, and low hosts are located on the Northern party and behind large bushes of peonies appeared in partial shading that is favorable for their growth.

I also made two long wide beds around the perimeter of the site along the fences, where I planted peonies in 2 rows. When they all bloom-a magnificent sight! And in the rest of the season – thick greenery. For myself, I consider it a good option in a chronic shortage of space to accommodate my large collection. 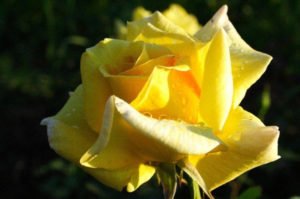 The Best Varieties of Yellow Roses, or Why You Don’t Need a Yellow Garden 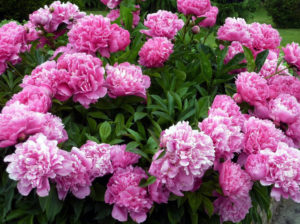 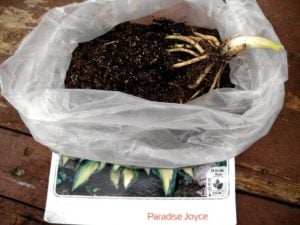