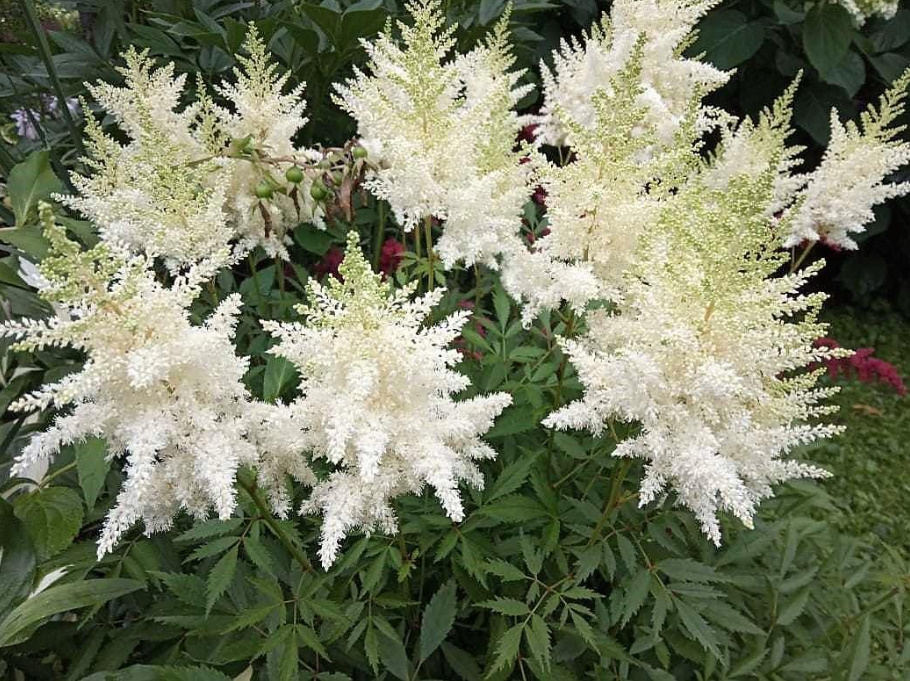 Old-timers probably remember that thirty years ago astilbe occupied a rather modest position in our gardens. She grew up somewhere far from the front place, modestly huddled at the back of the garden, stoically experienced neglect on the part of the owners, did not require any fertilizing or transplanting. Usually they were bushes of unknown origin with rather featureless panicles of an indeterminate flesh-pink color.

In recent years, the situation has begun to change. In the second half of the XX century, without exaggeration, the era of the revival of interest in astilbe came. Landscape architects finally paid attention to this plant, its excellent qualities — unpretentiousness, all—season decorativeness, variety of varieties, versatility in use – bribed ordinary gardeners. 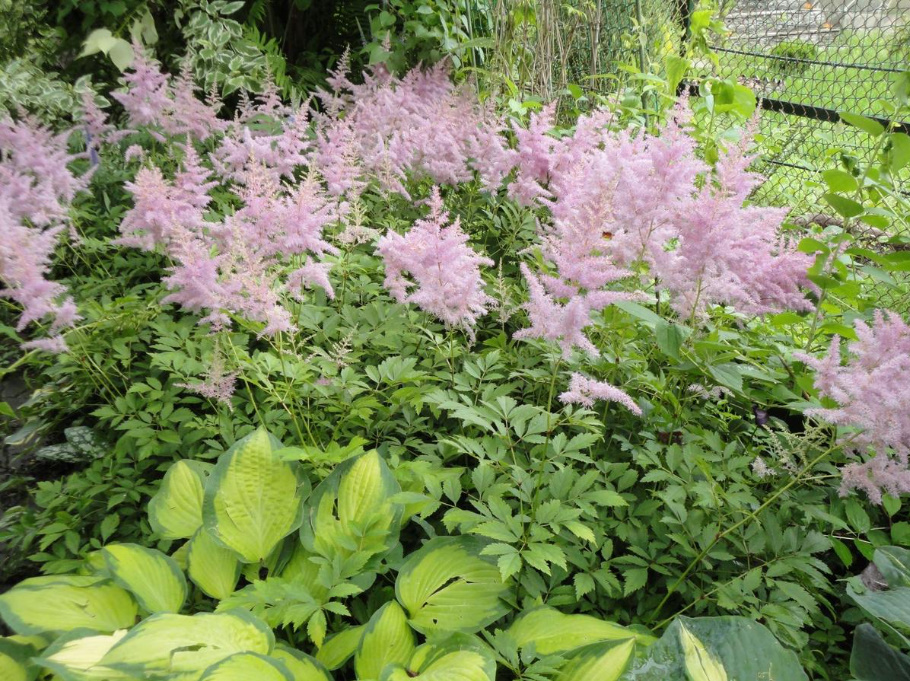 In the wake of increasing demand, more and more new varieties began to appear, and nurseries began to supply them to the market. Fortunately, almost all gardeners have access to most varieties of world selection — and here we literally opened up the world of beauty!

It turns out that today there are 40 types of astilbe, in culture — 10. The most famous are Astilbe japonica, Astilbe chinensis, Astilbe koreana, Astilbe thunbergii, Astilbe davidii, Astilbe simplicifolia and Astilbe simplicifolia. On their basis, about 350 varieties were obtained, the hybrids are conditionally divided into 12 groups, among them the most numerous is the group of Arends hybrids.

It turned out that the inflorescences of astilbe can be of different colors from snow-white, cream, ivory, pearl-white to the entire spectrum of pink-purple tones of different intensity (powdery pink, peach-pink, shades of flowering almonds, coral, salmon, raspberry, cherry, strawberry, carmine, wine-purple). There are fiery scarlet varieties, as well as a wide range of lilac-purple colors.

And the shape of the inflorescences can also be very diverse — not only in the form of traditional plumes and “feathers”, but also rhombic (as in the first photo of this article), pyramidal, paniculate (spread out in all directions), as well as drooping in the form of cascades of fountain jets. The types of inflorescences are also different. Openwork — or dense, somewhat similar to dishwashers. 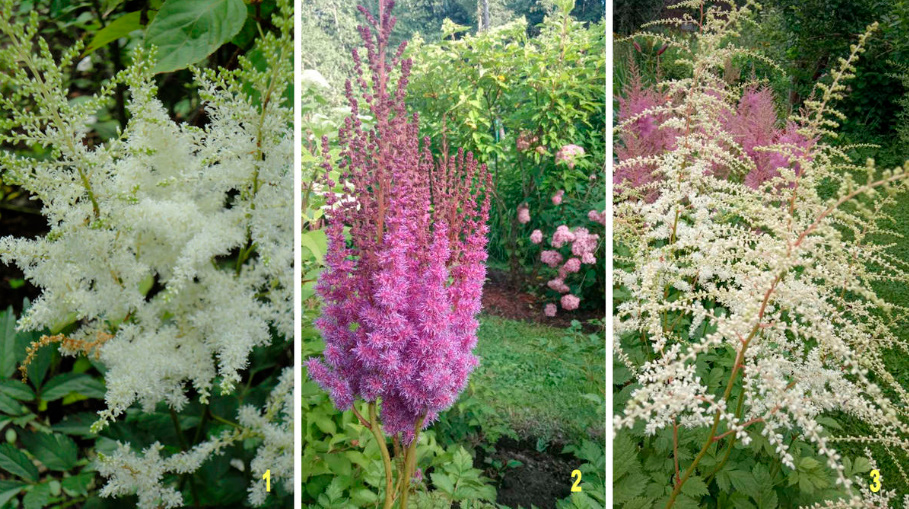 There are different types of inflorescences. For example, paniculate — in the variety ‘Deutschland’ (1), in the form of feathers — in the high Astilbe chinensis ‘Superba’ (2), openwork drooping — in the variety ‘Professor van der Wielen’ (3)

The timing of flowering varies: some bloom early, most bloom in the middle term, and there are late-flowering varieties. Astilbes are also differentiated in height from babies less than 30 cm, low varieties 30-60 cm high to average parameters of 60-90 cm and giants growing up to 1 m. 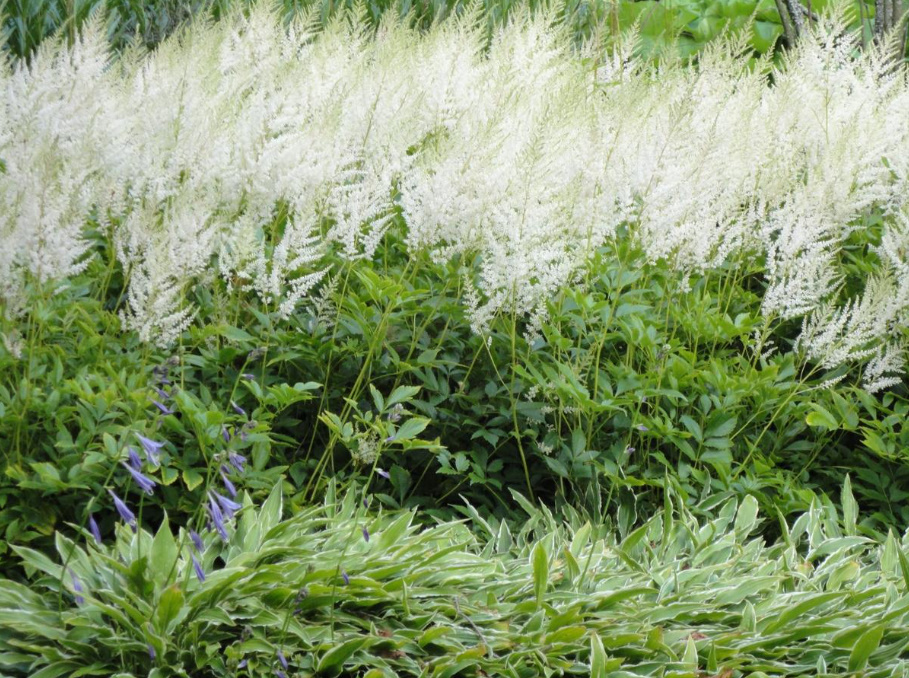 One of the undoubted advantages of astilbe (this obviously underestimated plant) is the amazing honey aroma of the inflorescences, which spreads throughout the garden and attracts bees and bumblebees. In addition, panicles look great in bouquets, and they have become widely used in floral compositions. 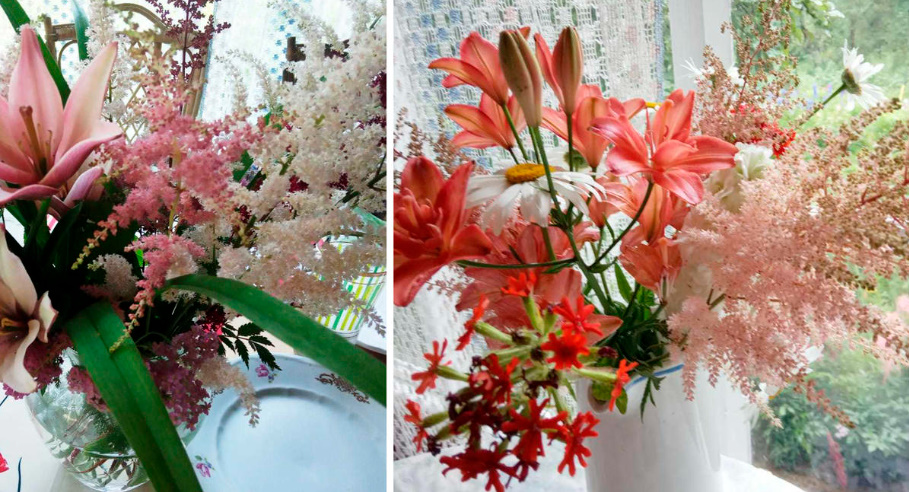 In other words, astilbe is coming into fashion! After many years of relative oblivion, we can finally appreciate this wonderful plant. For gardeners, it is completely trouble—free – diverse, shade-tolerant, unpretentious, able to live for years practically without care, does not get sick and is not affected by pests. The only condition is to plant correctly, providing a nutritious soil, an abundance of moisture and the right lighting. Actually, it can be stated that before our eyes there is a gradual transformation of the garden Cinderella into a real princess! 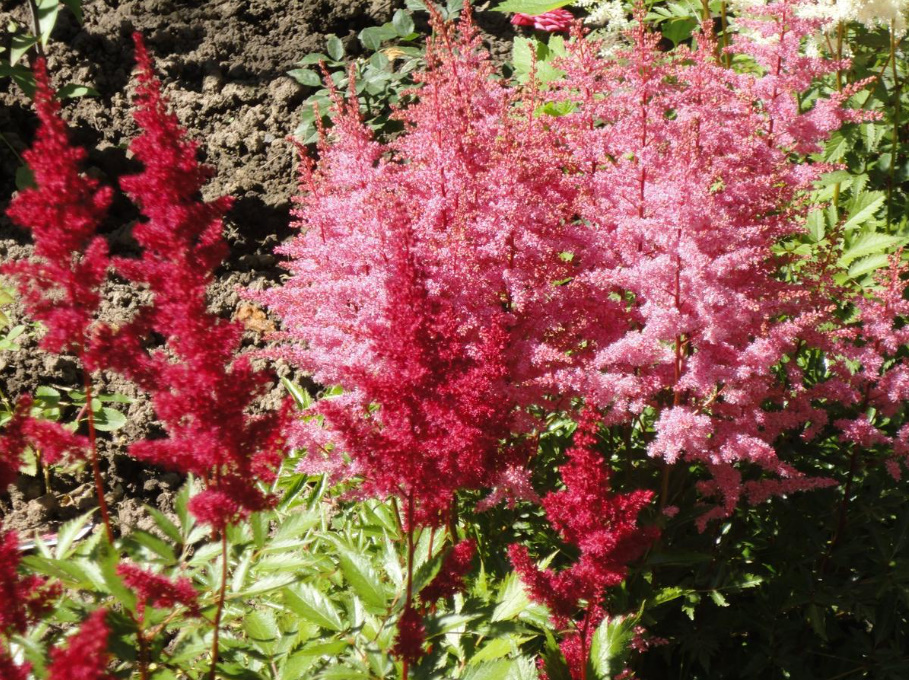 The abundance of varieties that have appeared in the access involuntarily pushes us to collecting. You begin to understand the history of the issue, and then (attention!) you discover a lot of hitherto unknown facts. It turns out that 84 of the currently existing astilbe varieties were obtained more than 100 years ago (!) and registered back in 1908 by the German breeder Georg Arends.
Arends devoted almost half a century of his life to the hybridization of astilbes. Many varieties have become classics and unsurpassed masterpieces in the selection of this plant. Actually, then the foundation of this whole culture was laid. 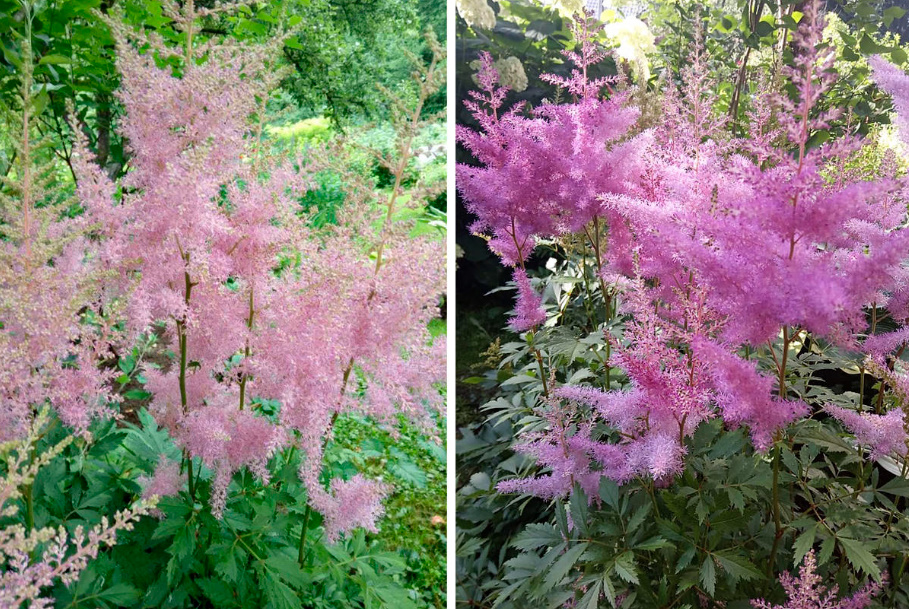 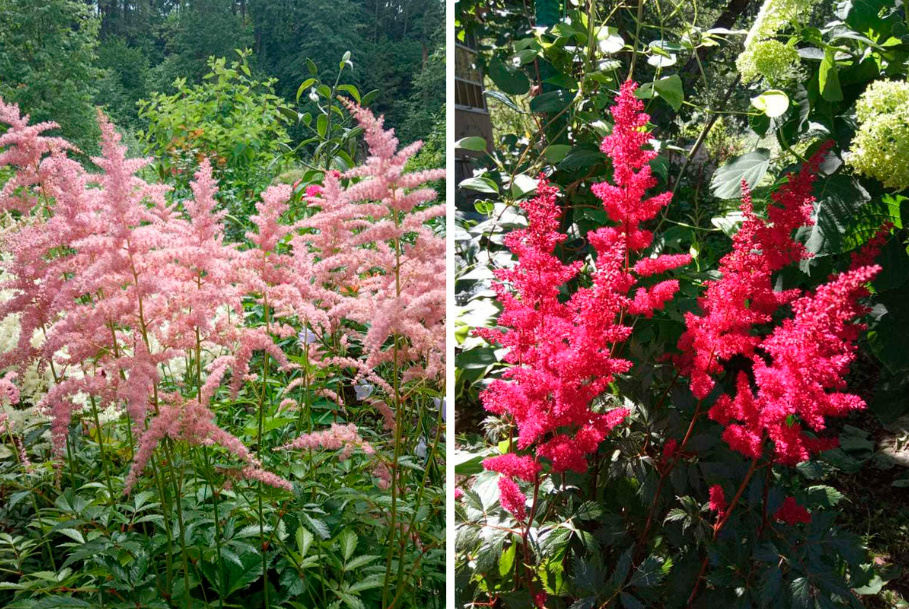 In this row — and ‘Burgundy Red’ the color of Burgundy wine, as well as greenish-white ‘Weisse Gloria’ — one of the best white varieties of the world selection, from the same series also purple-pink ‘Gloria Purpurea’. 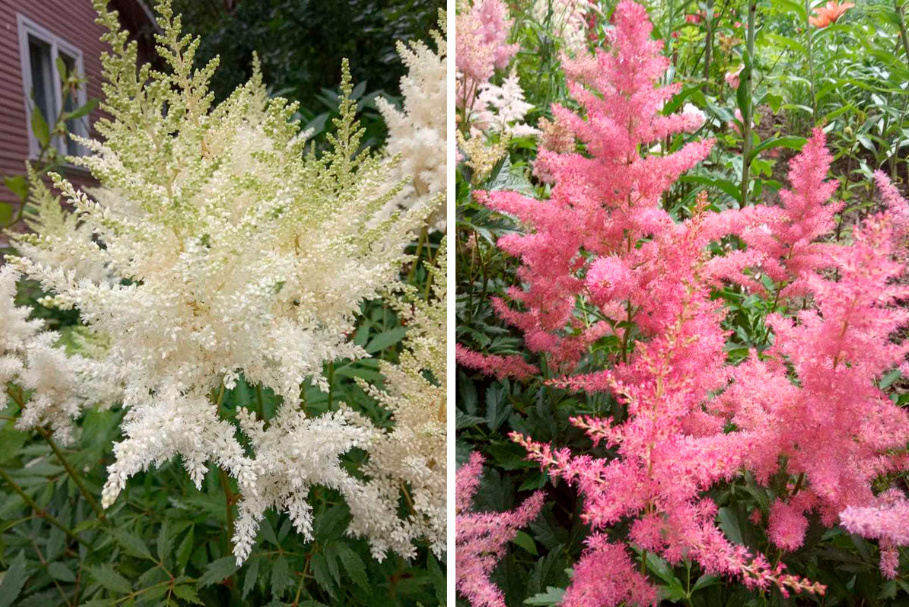 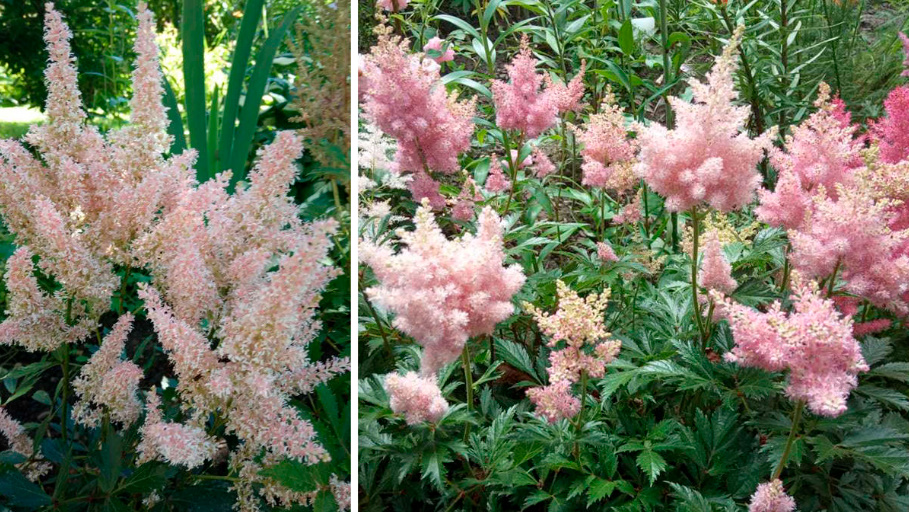 Astilbe ‘Vesuvius’ looks like flashes of fire during a volcanic eruption. The new hybrid ‘Radius’ looks like it, the red-crimson inflorescences of which are flaming like a bonfire. The variety is also appreciated for its dazzling glossy leaves – red—maroon in spring and green in summer. 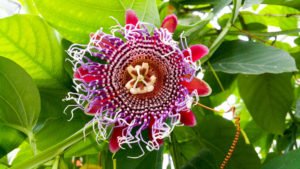 How To Plant And Care For Passiflora 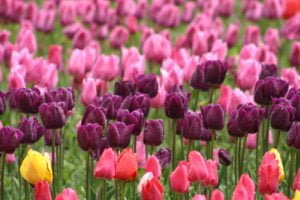 How to Plant and Care for Tulips – 15 Best Options 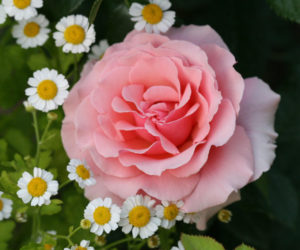 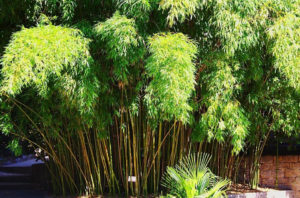