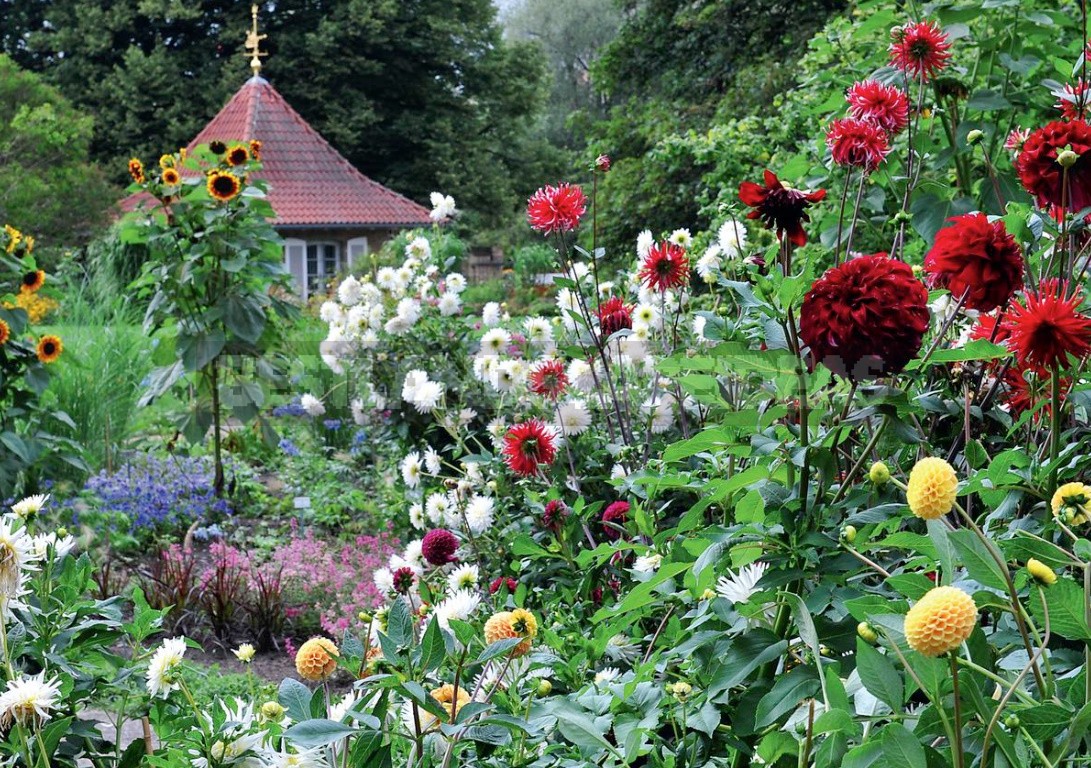 When the garden centers appear “roots” of favorite plants, the largest selection, as always, among the dahlias. Eyes run away from this wealth of varieties! My hand goes out to them. And what to plant them with, so that the picture looks as effective as possible?

The international classification divides all varieties of dahlias in the shape of inflorescences into 13 classes (their numbers are indicated in brackets).

Some of the classes of dahlias, for example, simple (1) and collared (3) produce a similar effect in flower beds — they will fit the same partners. And mixed dahlias (10), which include everything that is not included in other classes, can be so different that the recommendations, for example, for peony and chrysanthemum varieties will differ.

The appearance of simple (1), collared (3) and mixed peony, or duplex (10), dahlias is modest and natural. They will be well combined with many flowers, including the most luxurious. And surrounded by perennials of natural appearance, these dahlias will even more be at ease. They will look very graphic in a composition with Crocosmia, Verbena bonariensis, gladioli, Antirrhinum, Gaura lindheimeri and decorative cereals. 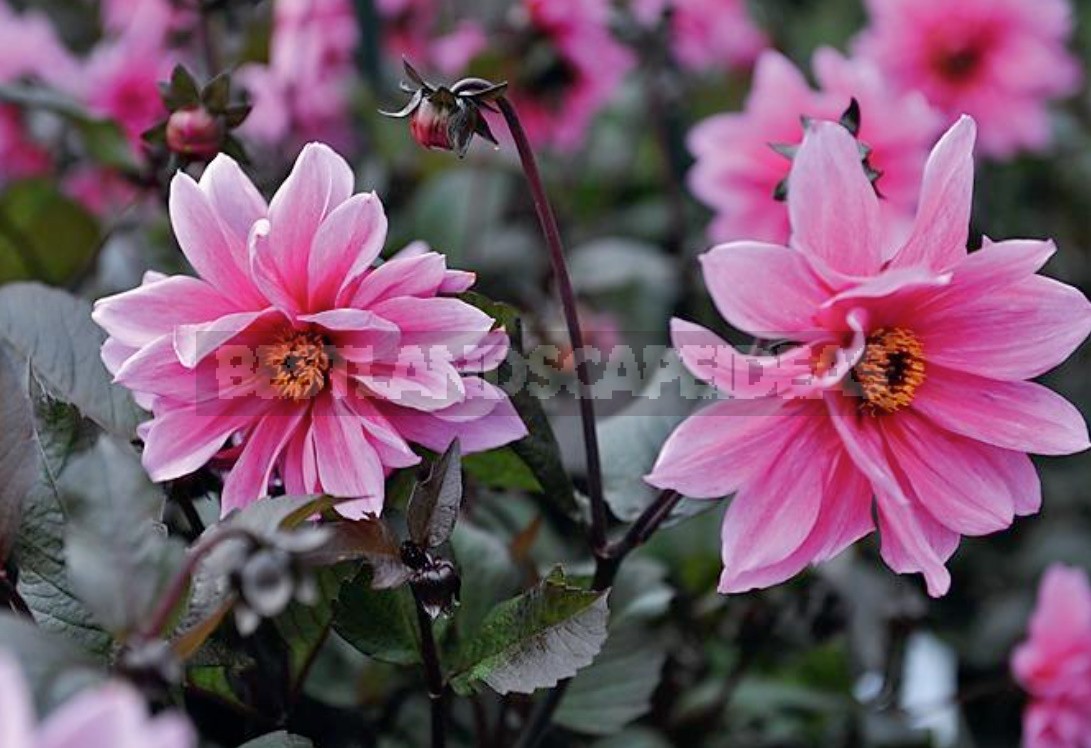 Elegant anemone-shaped dahlias (2) immerse you in nostalgia. They are well combined with flowers of unusual and even bizarre shapes: Monarda, Phlomis, Phlox series Feelings. 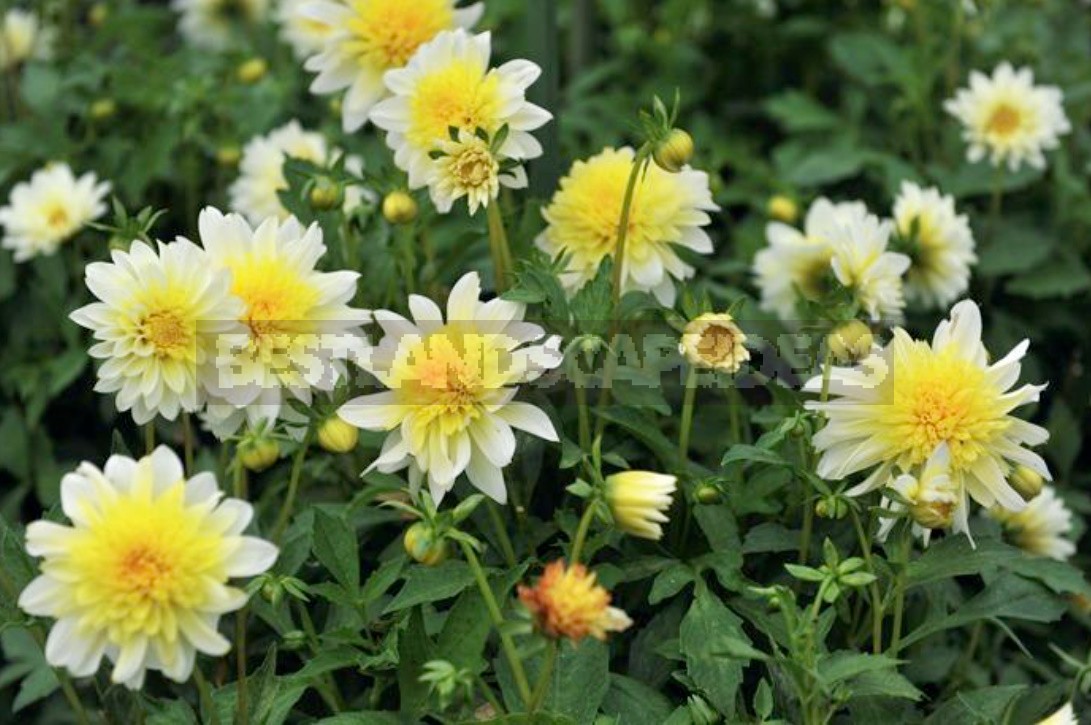 READ  Varieties of Canna for Growing in Containers

Elegant, but without excessive luxury, the flowers of Nymphaea dahlias (4) allow them to choose their partners in the rank of “high society”. They can be lilies, daylilies, delphiniums.

Elegant decorative (5) and mixed chrysanthemum — shaped (10) dahlias are the symbol of a bright and exuberant village flower garden. Their powerful effect will be supported and enhanced by profusely blooming annuals and biennials with a different flower form, such as Malva, Tropaeolum, Antirrhinum. 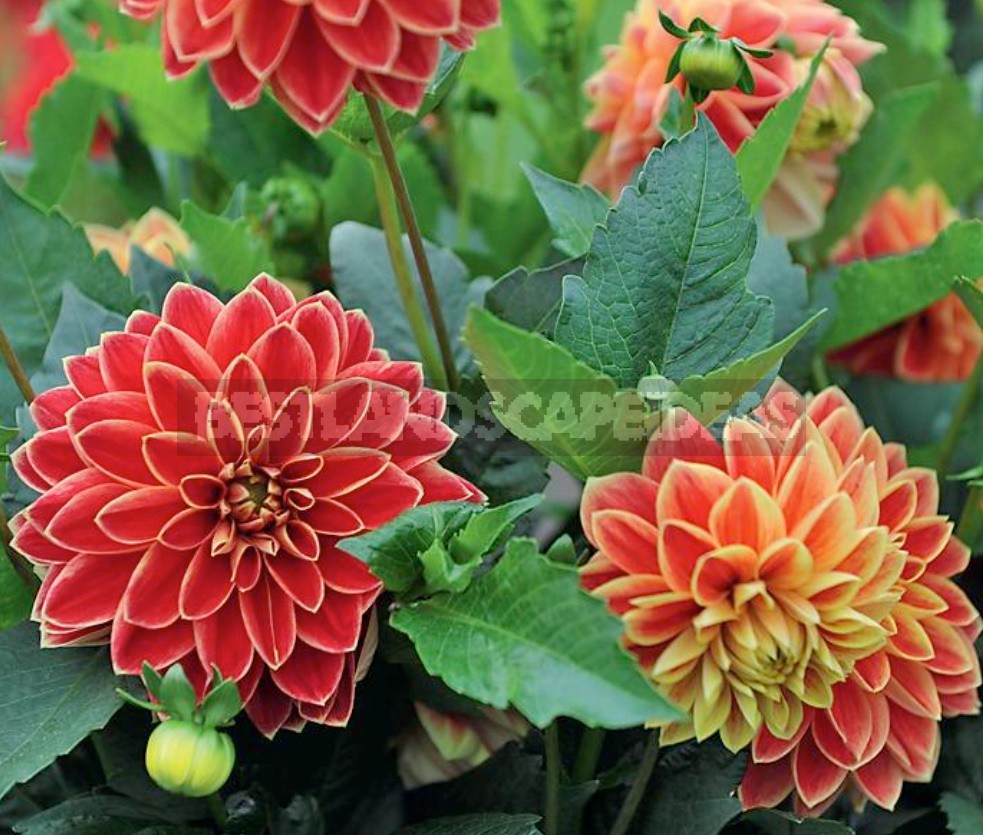 Pelargoniums will also be in the theme. It is because of these two classes that dahlias are called “garden” flowers, because they look organically among vegetables, green and spicy plants.

Each stem with a ball-inflorescence of spherical dahlias (6) is like a small sculpture. And the entire Bush can make an impression in the range from strict to pretentious. 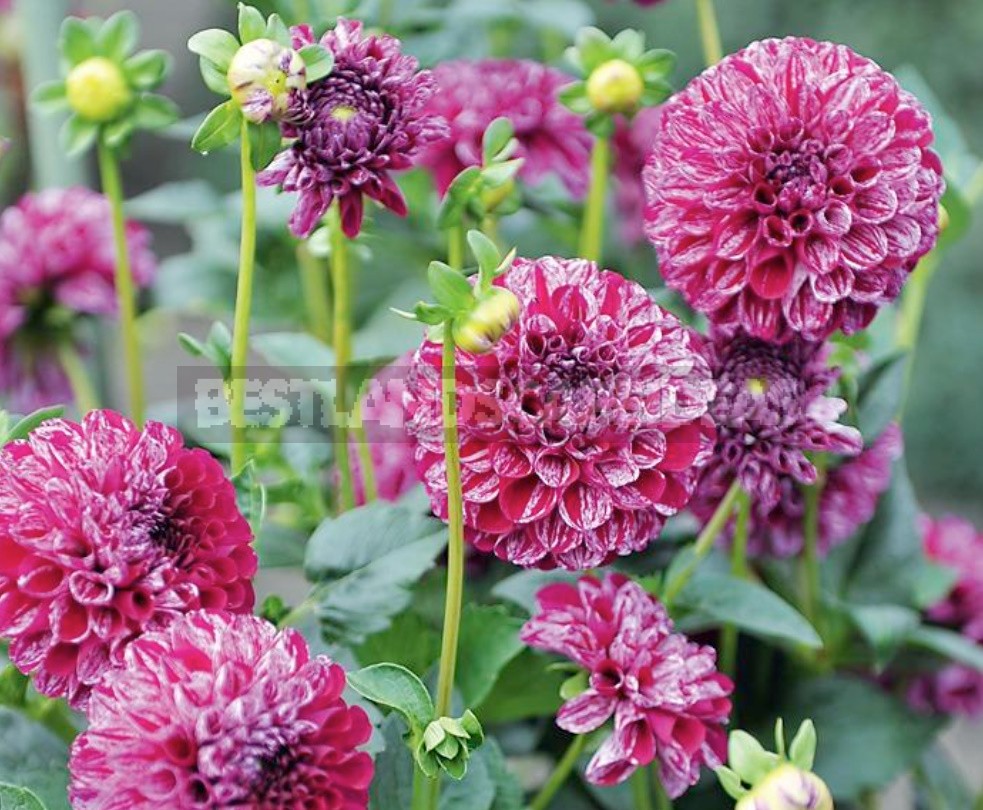 They are very effective in formal flower beds, especially where there is not enough color. In contrast with ornamental grasses with delicate flowers, dill or fennel, baby’s breath, the effect is amplified many times.

Exactly the same recommendations apply to pompom dahlias (7). They all resemble spherical, but they have smaller inflorescences-the size of a tennis ball. Therefore, they look less pretentious, but always happy. 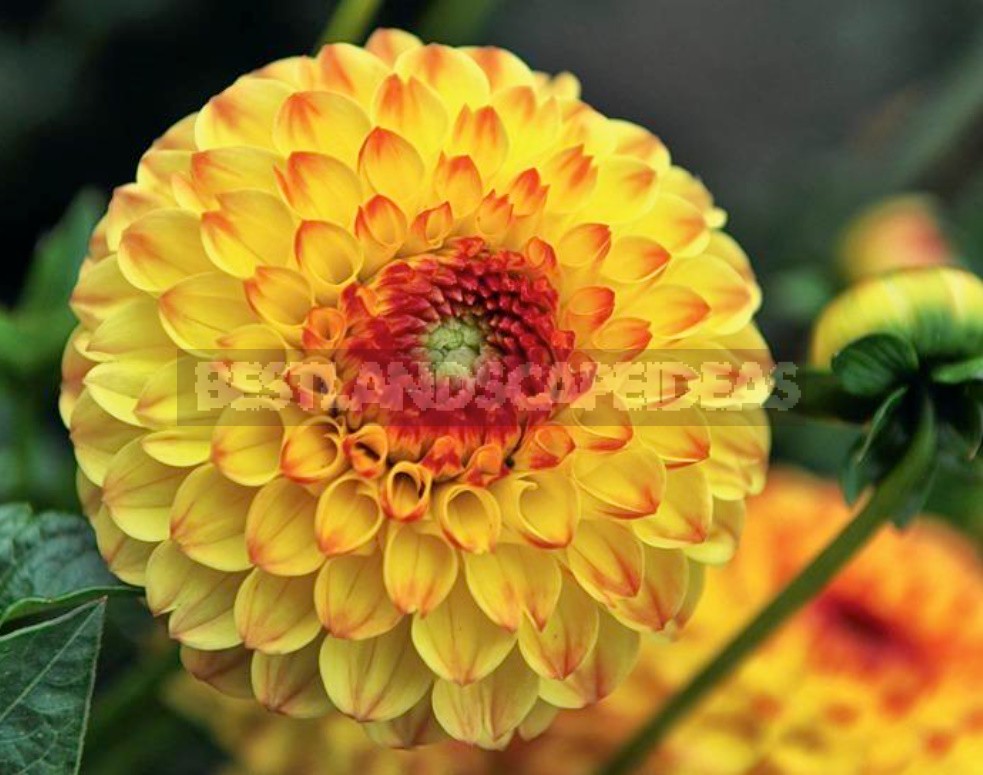 Cactus (8), semi-cactus (9) and fringed (11) dahlias look luxurious and elegant in the garden. They can radiate optimism or seem fanciful, in any case, these dahlias will dominate the flower garden. 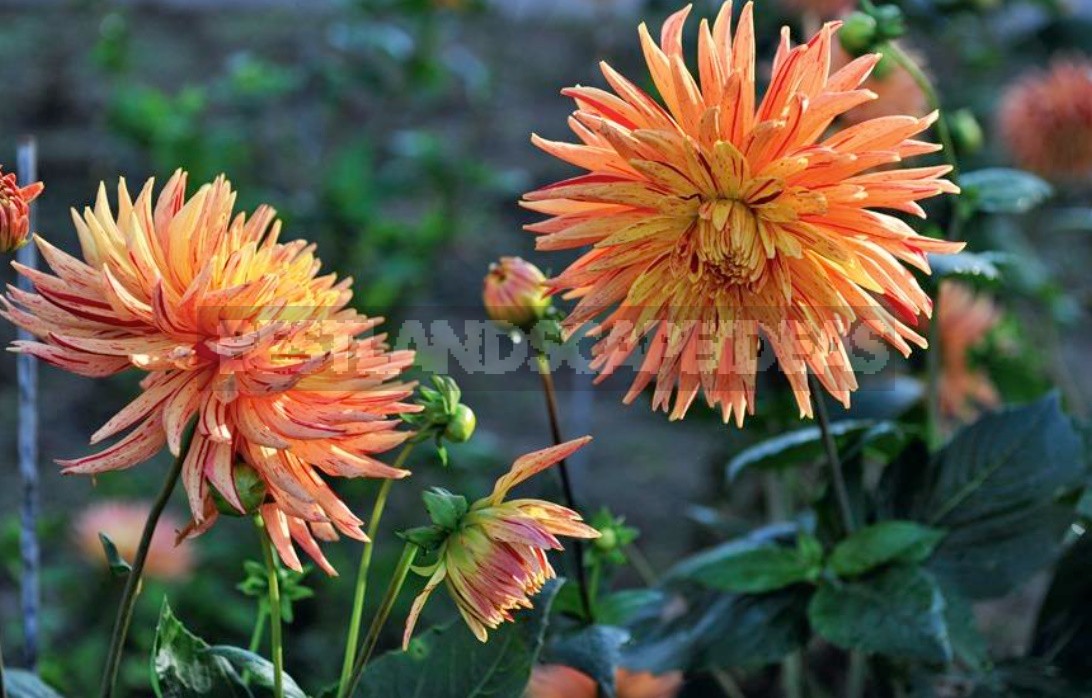 The smaller the flowers of their companions, the more interesting the picture will be. Of course, number one in the list of partners — decorative cereals.

READ  Varieties Of Roses With An Open Middle (Part 1)

Light, soaring, slightly exotic flowers of simple Orchid-like dahlias (12) look like stars. The same recommendations apply to them as for simple dahlias (1), but the choice of neighbors can be even more exotic. For example, it can be potted houseplants that have left for a “summer vacation” at the dacha or transplanted into the ground for a while. 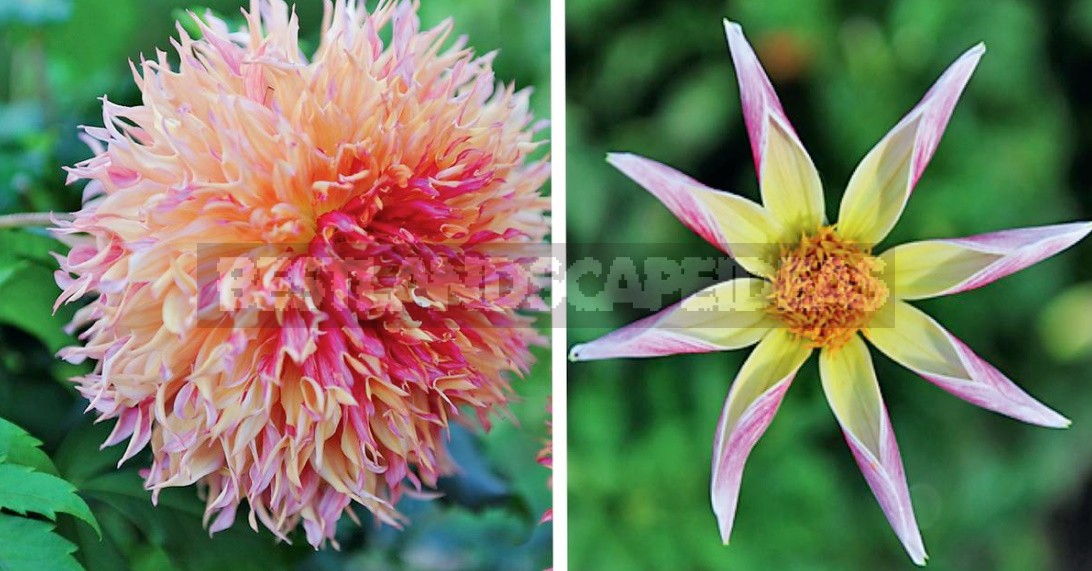 Double Orchid dahlias (13), elegant and slightly eccentric, produce in flower beds an effect similar to cactus (8) varieties. They also need an entourage, not equal partners. This role is suitable for decorative cereals and plants with beautiful foliage: Alchemilla, Heuchera, geraniums. 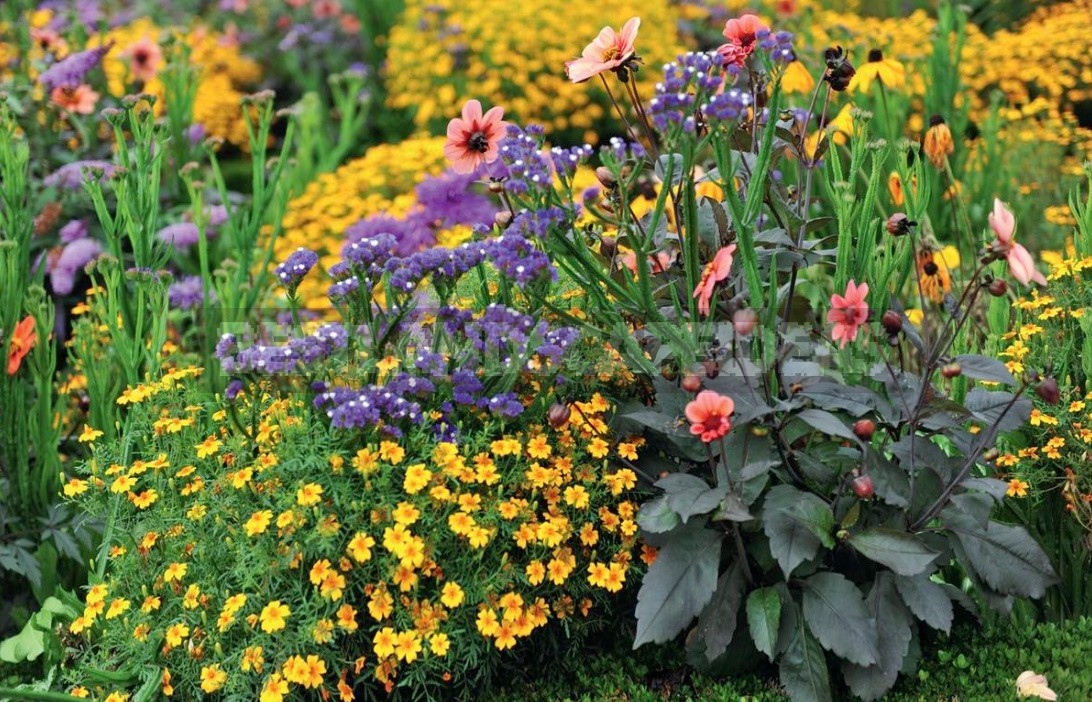 20 Best Two-Tone and Variegated Tea-Hybrid Rose for Your Garden
Appearance Can Be Deceptive: Charming Plants With an Unpleasant Smell
Sedum: Species And Varieties
How to Plant And Place Peonies in the Garden