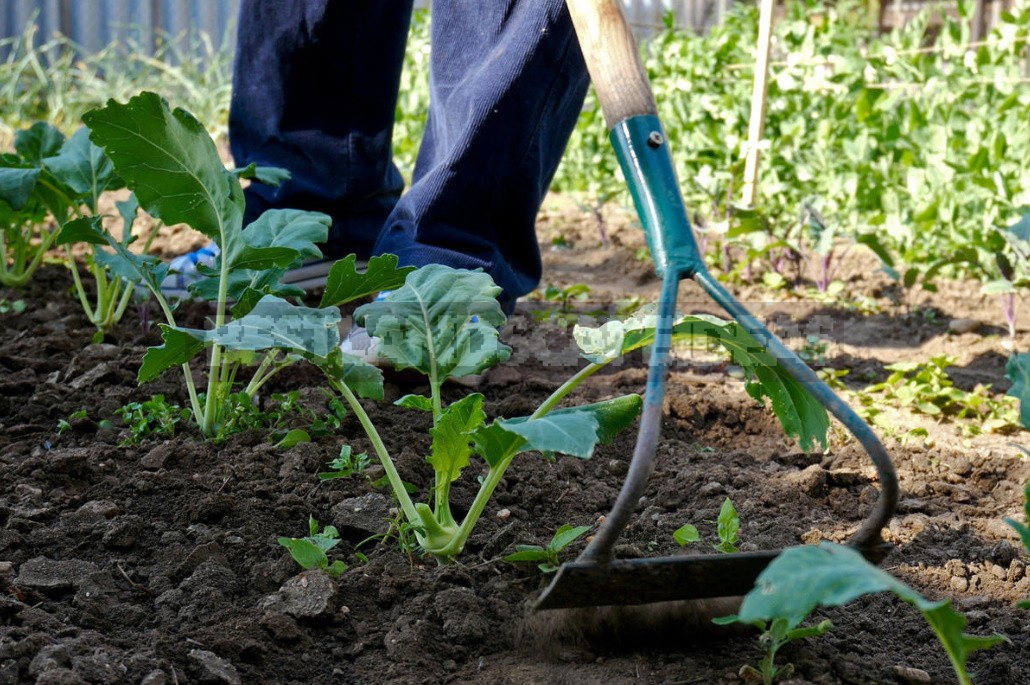 In any occupation tools or adaptations are necessary. And in the garden business as well. At any summer resident in a shed or a pantry there will be at least a minimum set of gardening equipment.

Since man has been engaged in agricultural labor for a very long time — almost 12 millennia, then tools also have a great history. Propose a conduct a kind of inventory, invoking agricultural implements from stick-diggers until modern cultivator.

The first agricultural tool was the so-called stick-digger — a pointed branch, a piece of bone, an oblong stone, a shell, and the like. With a digging stick, you can loosen the soil so that it is easier to remove the earth with your hands in search of edible roots or insect larvae.

When ancient man moved to a productive economy, that is, he began not only to look for edible roots, but also to plant plants specifically, the stick-digger was also convenient. In the ground loosened by the tool, you can sow seeds and dig ripened root crops with them. Stick-digger and to this day takes its place in a number of agricultural tools, its analogues and varieties continue to be used by some tribes even in our time. 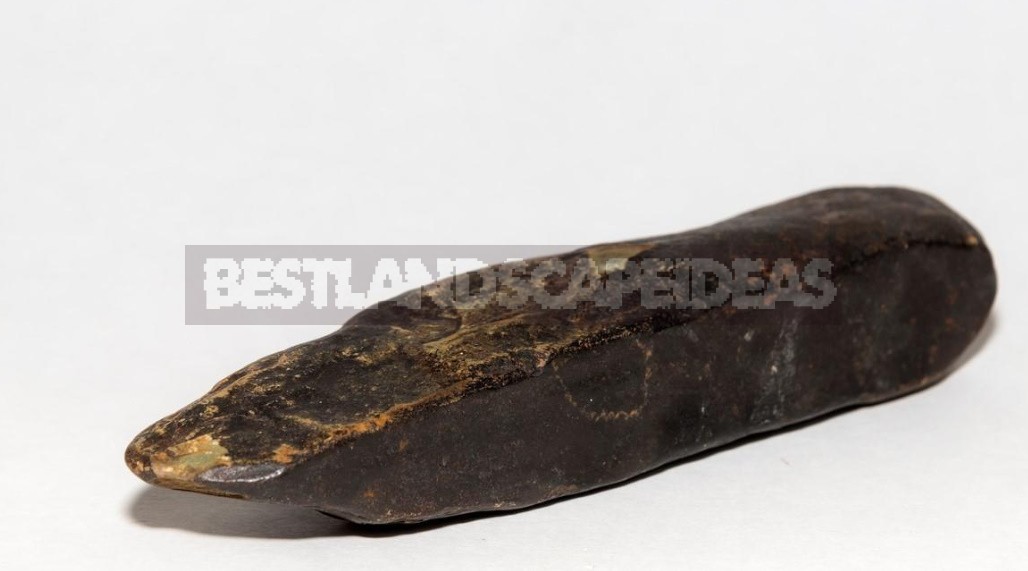 And, probably, every gardener at least once, but used a simple stick for some planting operations. And this prehistoric instrument-what is not a modern landing cone?

The logical continuation of the stick-digger can be considered kunai-a Japanese tool similar to the tip of a spear or dagger. Beginning its history as a peaceful agricultural device, kunai turned into a weapon and today those who are interested in the culture of Japan are associated with ninjas. However, this fate — from the peaceful tool of the peasant to become a weapon for murder-befell many tools.

READ  A Playground With His Own Hands 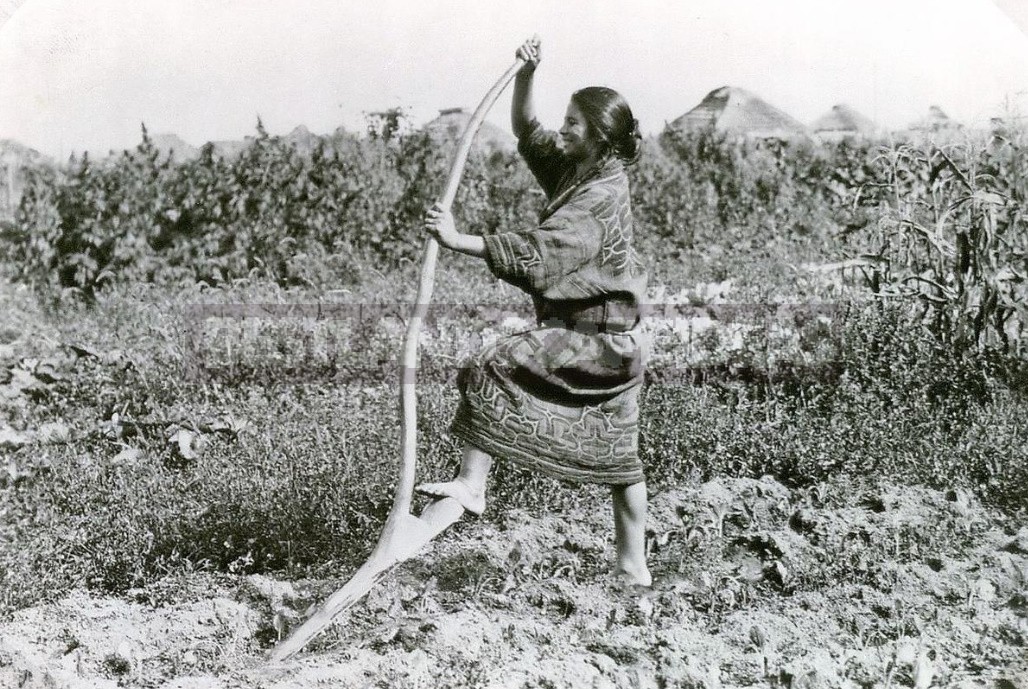 Stick-digger-a universal tool. It can loosen the ground, dig planting holes or extract roots and tubers. Over time, a simple pointed stick began to be modernized, there were several varieties of digging and ripping tools, they began to specialize. When ancient agriculture reached a new level-animals were domesticated and there was a draft force, agricultural tools were divided into hand tools and more productive harness agricultural machinery.

By attaching a handle to a sharpened stick, the person received a more convenient and effective tool-a hoe. Its long handle-lever increases the force exerted by man. 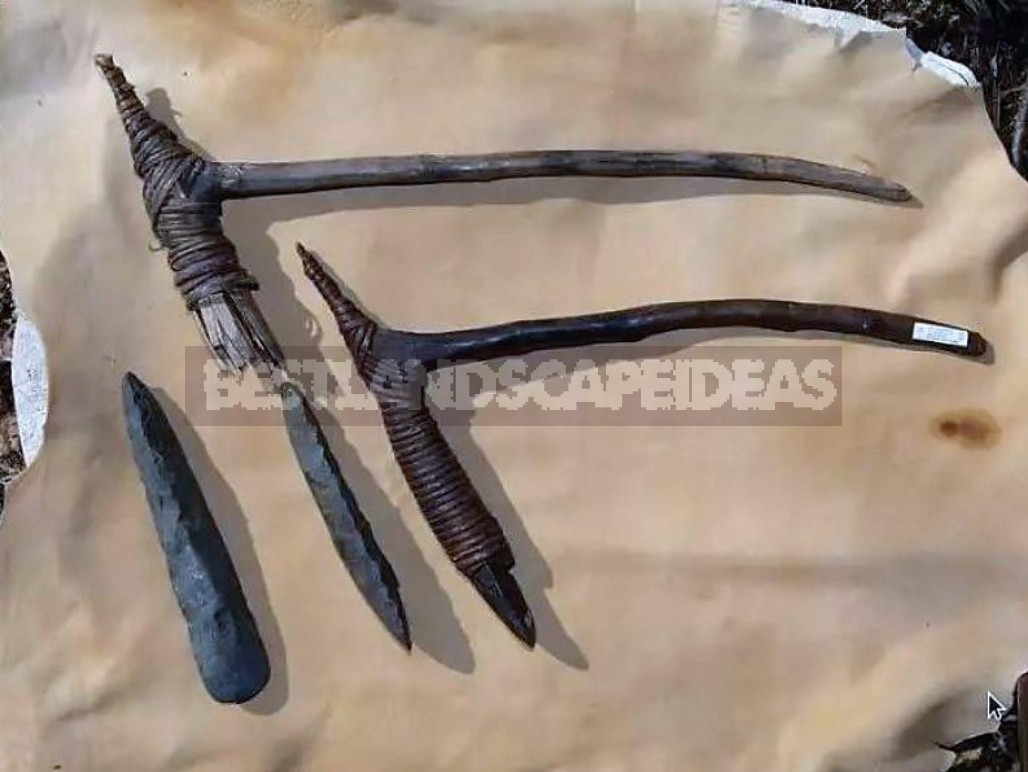 There were several varieties with a similar appearance. The pickaxe had a beak-sharp one or two-sided working part. The hoe-a shovel of various form and width on the handle and the tool uniting these 2 options-a pickaxe (a shovel on the one hand and shock “beak” with another).

The pickaxe is, rather, a tool of builders and miners: they are adapted for rocky and very dense soil. Peasants prefer to use a hoe, it is Ketmen and so on.

The hoe is the most common and international agricultural tool. Scenes depicting peasants with tools resembling the usual hoe are in the Egyptian pyramids and ancient frescoes, Japanese engravings and medieval manuscripts. The ancient Sumerians believed that the laurels of the inventor of the hoe belonged to the Supreme deity Enlil. 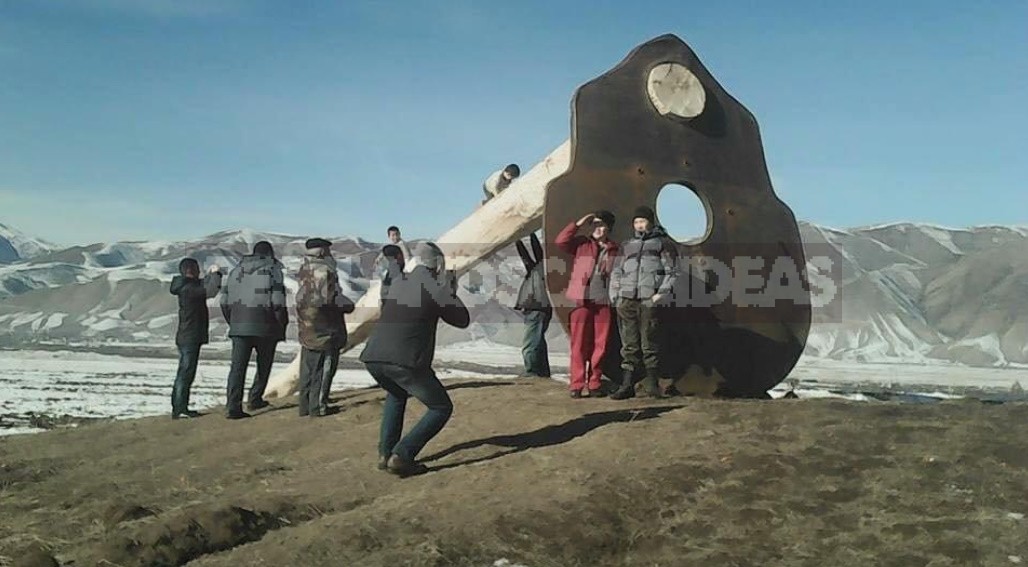 The hoe is depicted on coats of arms (Angola, Mozambique, Tanzania, Zimbabwe), and in Kyrgyzstan, in Chon-Kemin, a monument to Ketmen was erected. This invention was so successful that, appearing in the Mesolithic era, almost without much change, not only survived to the present day, but also continues to be actively used.

READ  How to Choose Solar Panel for Cottage 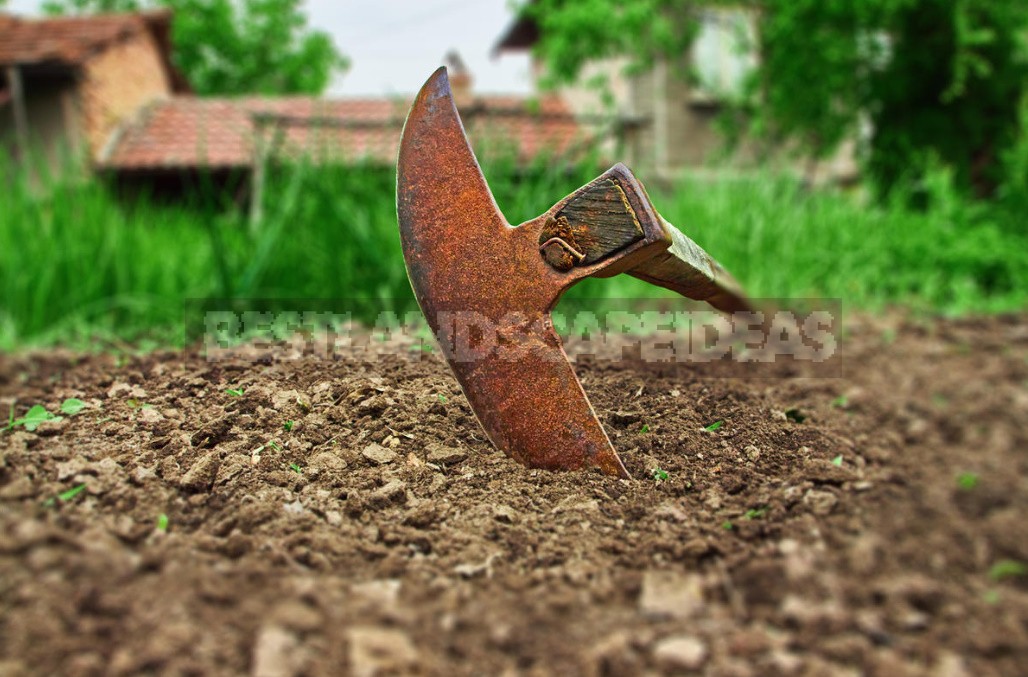 How to choose a hoe

With the help of a hoe, you can do a lot of operations: loosening the earth, breaking lumps, weeding, forming ridges, the device of grooves for watering and planting pits. There are various options for the shape and size of the blade and the angle of its attachment to the handle. These features pay attention depending on the cultivated soil and the type of work.

On light soils, it is advisable to use hoes with a wider and shorter blade. If you need to cut the sod shallow, the angle between the working part and the handle should be sharp (about 60°). If the blade of the hoe is located at a right angle, the loosening occurs more deeply. 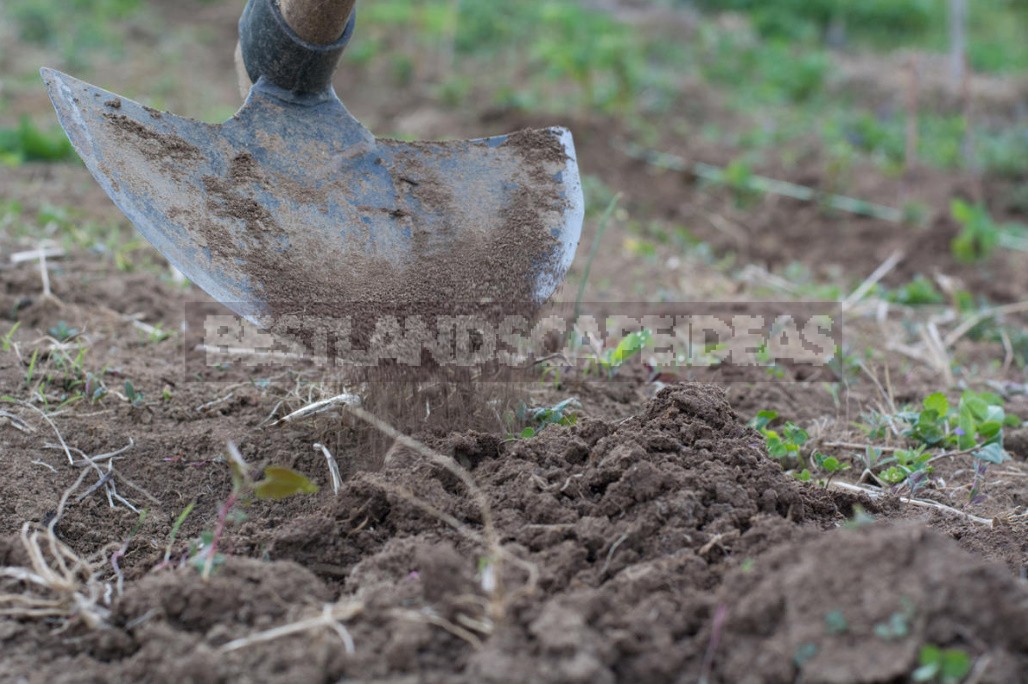 Hoes are different, but all have an external similarity in their appearance and functionality. The hoe can be combined with a small rake (2 tools have a common butt and handle) — the so-called Stockhausen rake. Especially often such a tool is found in the form of a small hoe for work on a bed or flower bed. There are also two-pronged hoes and tools with several (up to 5) blades, more like already hypertrophied rake. 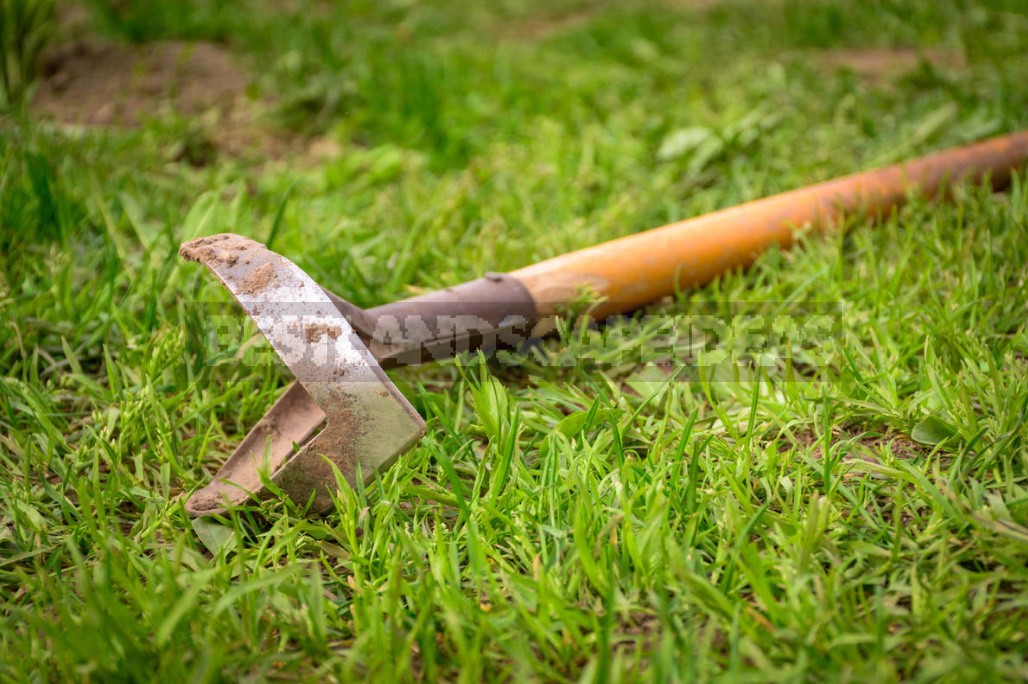 What to choose a hoe-a matter of taste and habits, as well as soil conditions and method of gardening. It is better not to limit yourself to one tool and have a few-different shapes, devices and purposes to be fully armed in any garden situation.

Kale: the Beauty and Use in the Garden (Part 2)
Trichoderma against plant diseases
Choosing Good Grape Seedlings
How To Fill The Foundation Under The House In Winter At Subzero Temperatures