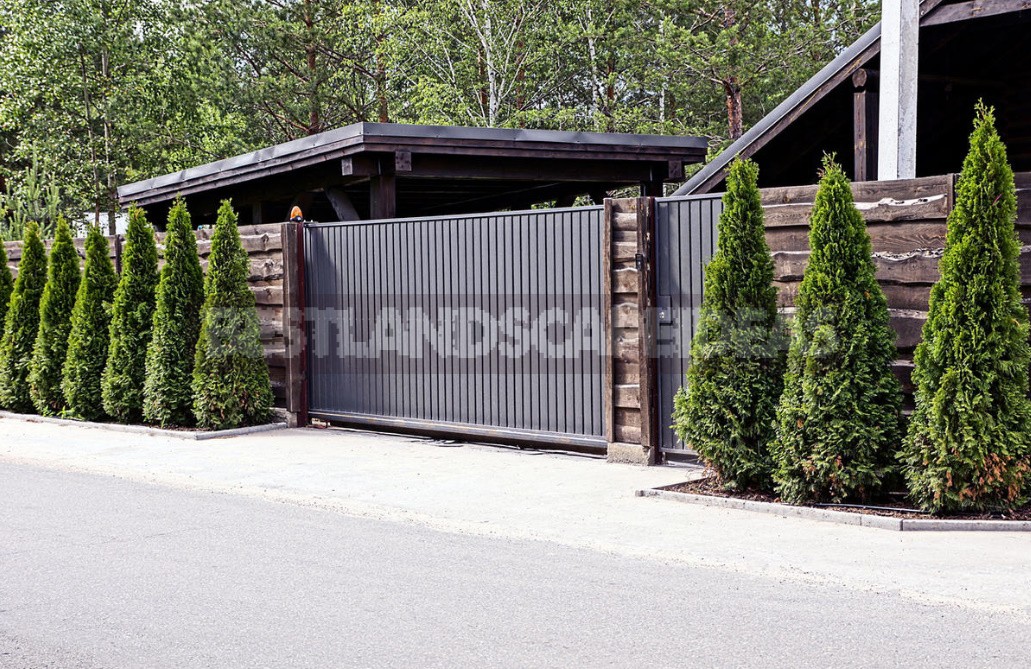 Often, the fence is the first construction that the owners undertake on the purchased new site. Fences can be wooden, latticed, brick, or metal. Having overcome the problem of choosing the type of fence, the newly minted landowner approaches the next stage — the selection of entrance gates.

All entrance gates can be divided into 3 types:

How the swing gate is arranged, most likely, is known to everyone — as well as ordinary doors on hinges. In their principle of operation, they are similar to the doors of popular wardrobes and have the same advantages: they require much less “dead” space to move the sash compared to the swing options. Well, lifting gates (sectional, roll, etc.), in which the cloth covering the opening rises to the top, are most often used not for entering the site, but in garages. 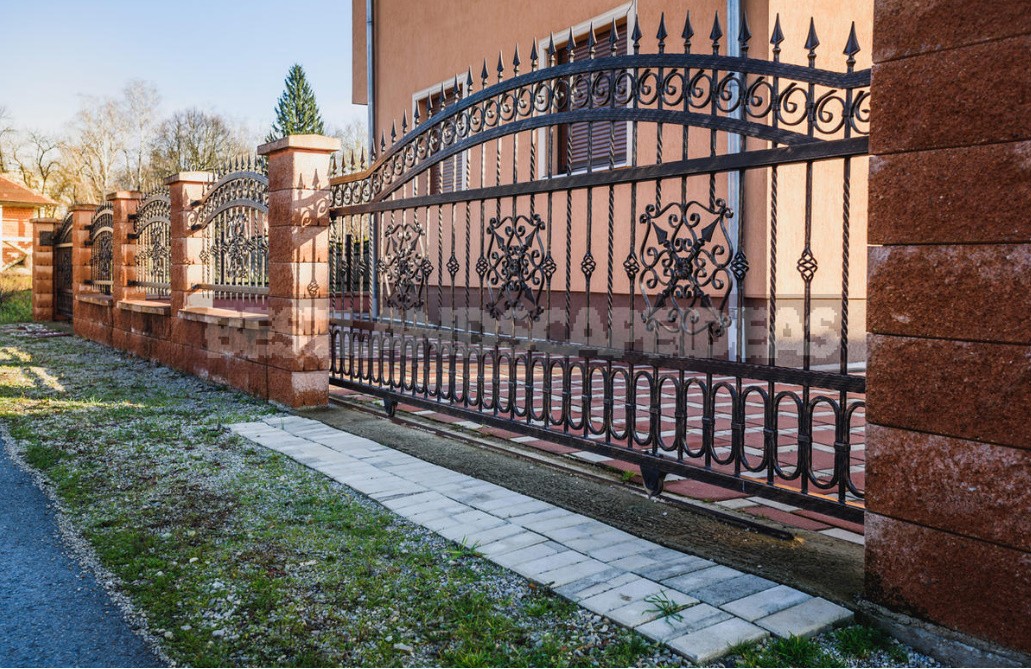 Each type has its own technical characteristics, positive and negative performance qualities; each has something to say. In this material, we will talk about sliding gates, as well as the possibility of making them with your own hands.

According to the device, the sliding gate can be cantilevered or moving along the upper or lower guide. Those that move along the rails are more reliable in operation, easier to perform, and therefore cheaper. But they have a number of not too practical nuances. 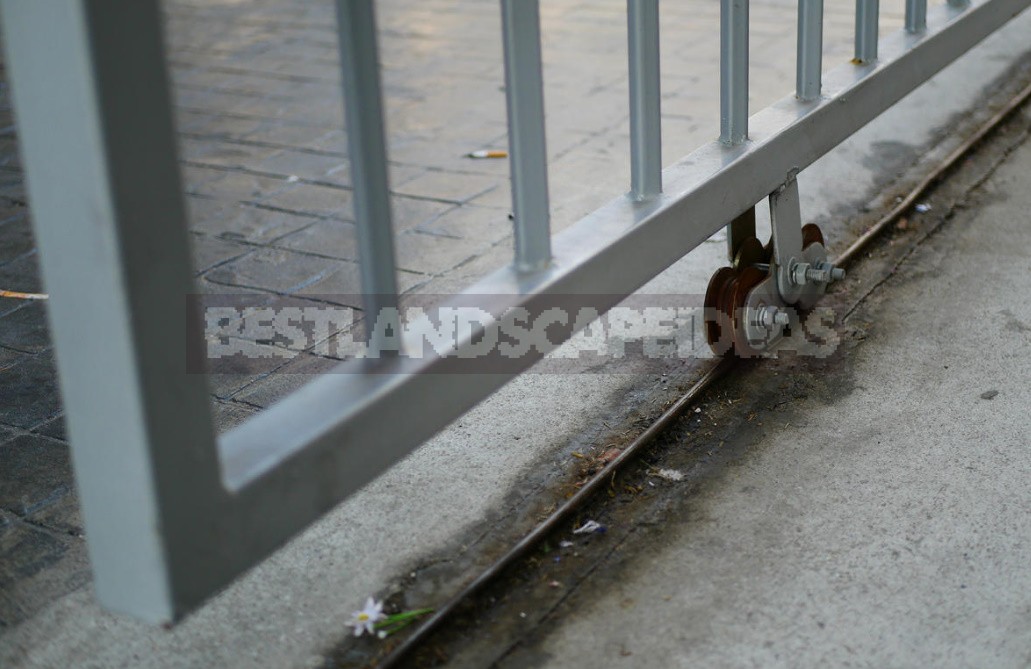 Rollback on the rail

The simplest option, when the leaf moves along the lower guide, is a gate that is rolled back along the rail. On the ground, a rail is laid across the opening; the gate leaf has roller carriages at the bottom, resting on this rail and moving along it. The upper part of the sash is held by a bracket with a roller attached to the gate post.

The design is simple, there is almost nothing to break. Such gates require a small space to roll back the sash — only the size of the sash itself. Solid advantages! 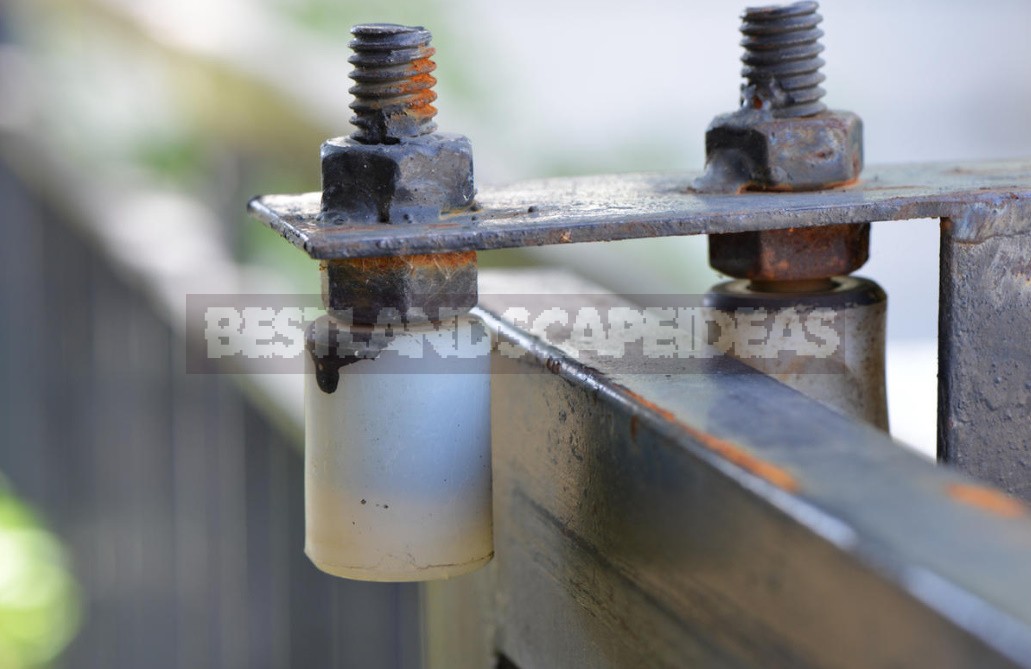 However there are some restrictions when using: 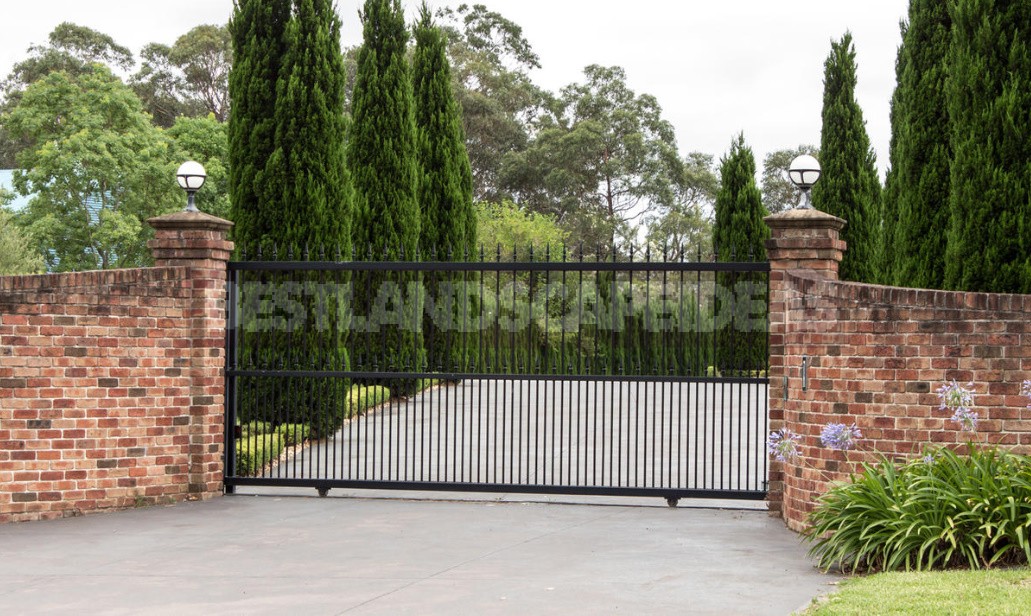 Hanging from the upper rail

For the movement of suspended gates over the passage, a rail is strengthened, along which a leaf slides on roller trolleys, like curtains on a cornice. Most often, these entrances can be found in industrial zones. Like the gate with the lower rail, this option is very reliable: in many enterprises, sliding structures with the upper rail regularly serve for decades. 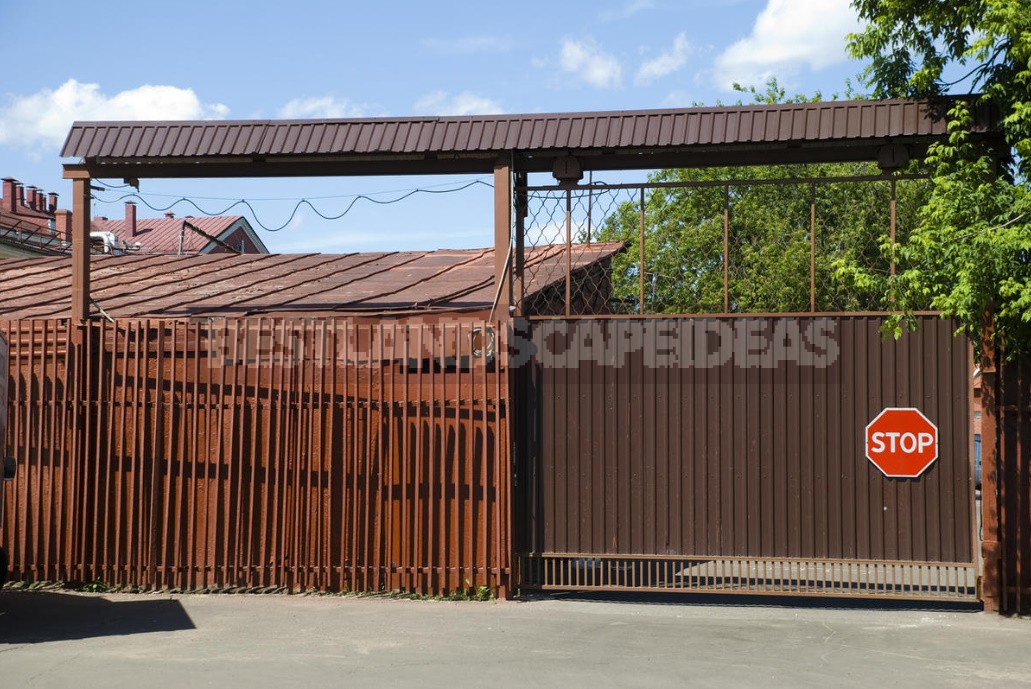 The disadvantage of this mechanism is the notorious upper rail — over the passage opening will be a bridge. And if this does not become an obstacle for a passenger car, then trucks will not be able to enter your yard. Industrial gates have a significant height — 4-5 m. The owner of a country plot often cannot afford such high structures. You can solve the problem by installing a removable jumper if trucks come to you, but not too often. However, the removable rail complicates and increases the cost of the gate.

READ  When And How To Sow Cucumbers In The Open Ground

In the types of sliding gates described above, the carriage with rollers is fixed to the sash, and the guide on which the whole structure slides is stationary — laid on the ground or fixed on two supports on the gate posts. In cantilever gates, the opposite is true: roller carriages are stationary, and the guide rail is part of the gate leaf, and it moves with it. 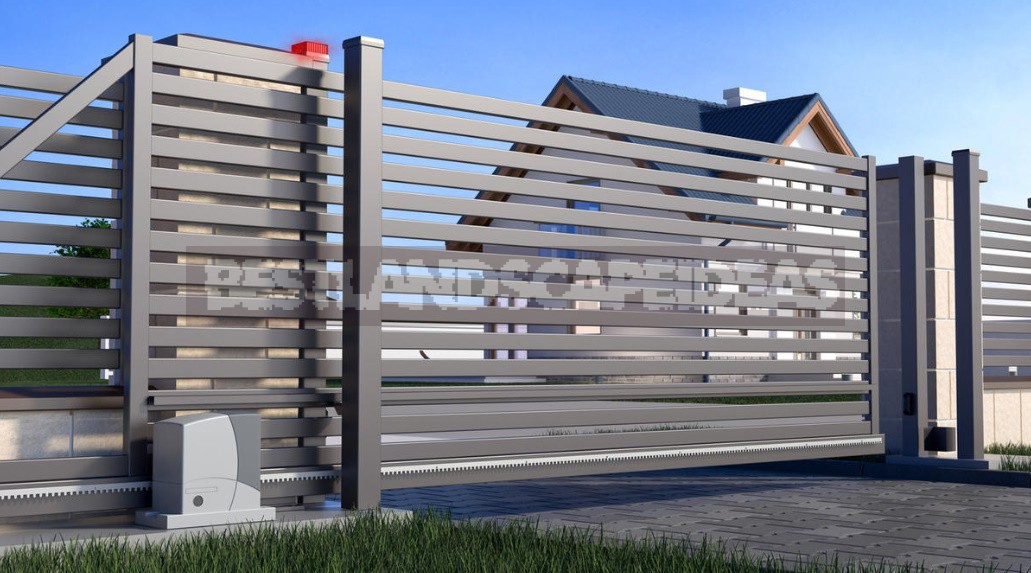 This type of gate is the most difficult to implement, especially for self-manufacturing, but it is best suited to the climate of most of our country. The sash can be placed very low (for example, so that dogs can not get under the gate). However, marked snow drifts of any height will not be a big obstacle to its movement, since it does not contact the ground.

In addition to the more complex design, the disadvantages of sliding cantilever gates include:

The cantilever beam can be placed in 3 positions: in the lower, middle or upper part of the sash.

READ  How I Sow Sucumbers This Season

Tasty And Healthy Preparations of October
Three Facts About Herbal Preparations. Many People Don't Know About This
Convenient Weeding: Chairs, Mats, Knee Pads, Benches
How To Prune Grapes From The First To The Fifth Year Of Cultivation