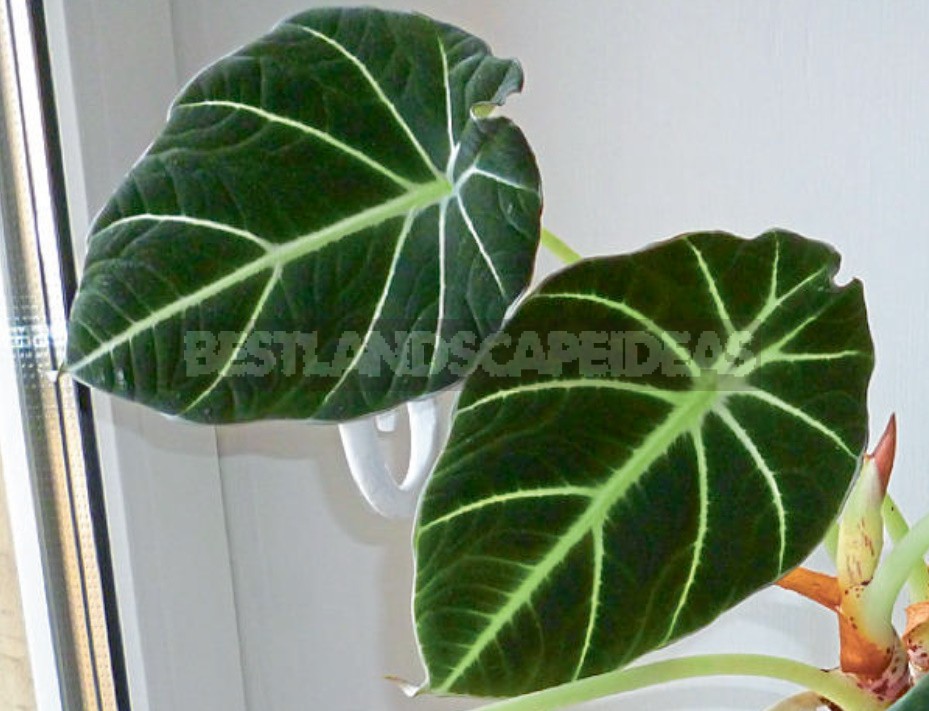 It is very interesting for me to observe and explore the world of magnificent tropical plants on my windowsill. I was particularly interested in a representative of the Araceae family-alocasia ‘Black Velvet’. Its luxurious leaves with a burgundy underside sparkle with black-green velvet, on which the veins-“spiders” in the middle are decorated with a white convex mother-of-pearl spot. Just a miracle!

How alocasia appeared in my house

Alocasia from the cuttings of a plant thrown away by someone.

Time passed. During the winter, three leaves grew on each stalk, one larger than the other. The plant was unrecognizable! 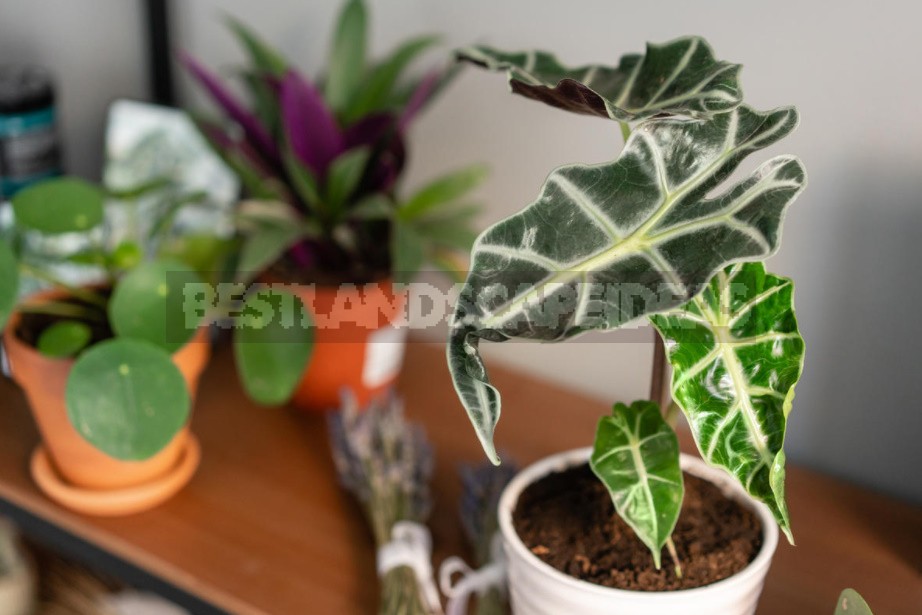 Later I noticed that the hot sun harms my alocasia, and the bottom heating is quite to her liking, so I moved the pot to the windowsill, where the sun appeared only in the evening.

Why is alocasia called a barometer

In the spring (and it was cold that year, it was constantly raining), the “living barometer” showed itself in full force. If large drops were collected on the young leaves-wait for the rain! The “barometer” predicted very accurately. 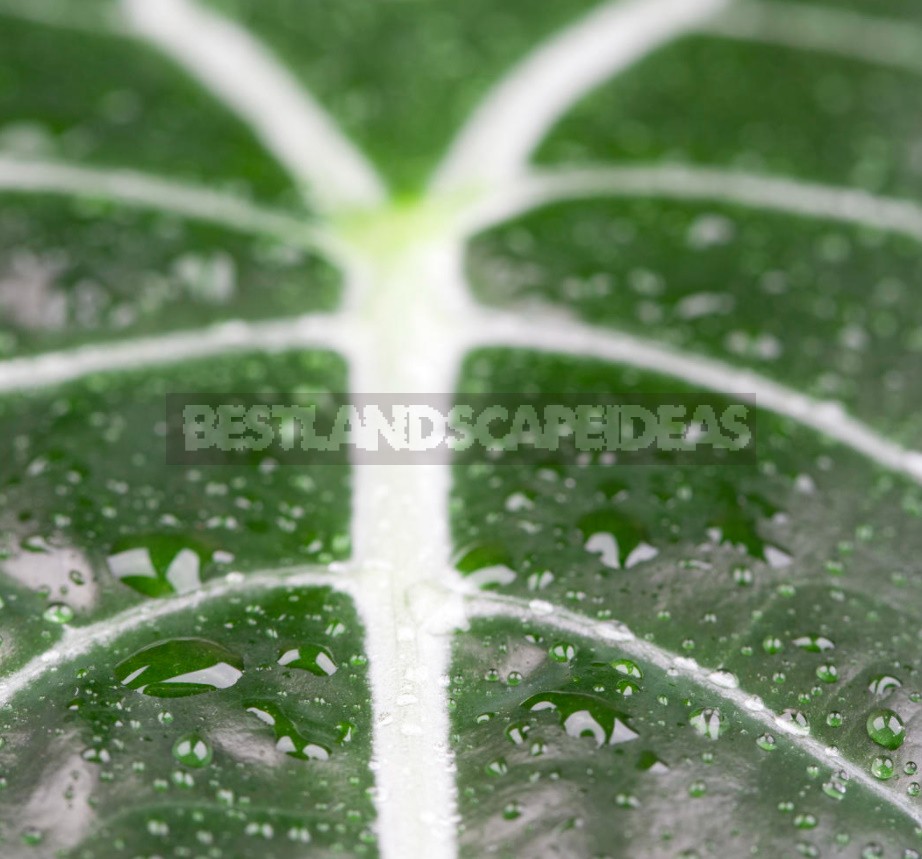 Then alocasia stopped growing. Only from the trunk began to grow side shoots-stolons, at the ends of which appeared children-nodules in the form of”bulbs”. So it reproduces — by nodules-bulbs, which then grow into daughter plants.

My pet grows in tenderness and love. I waited for the flowering. 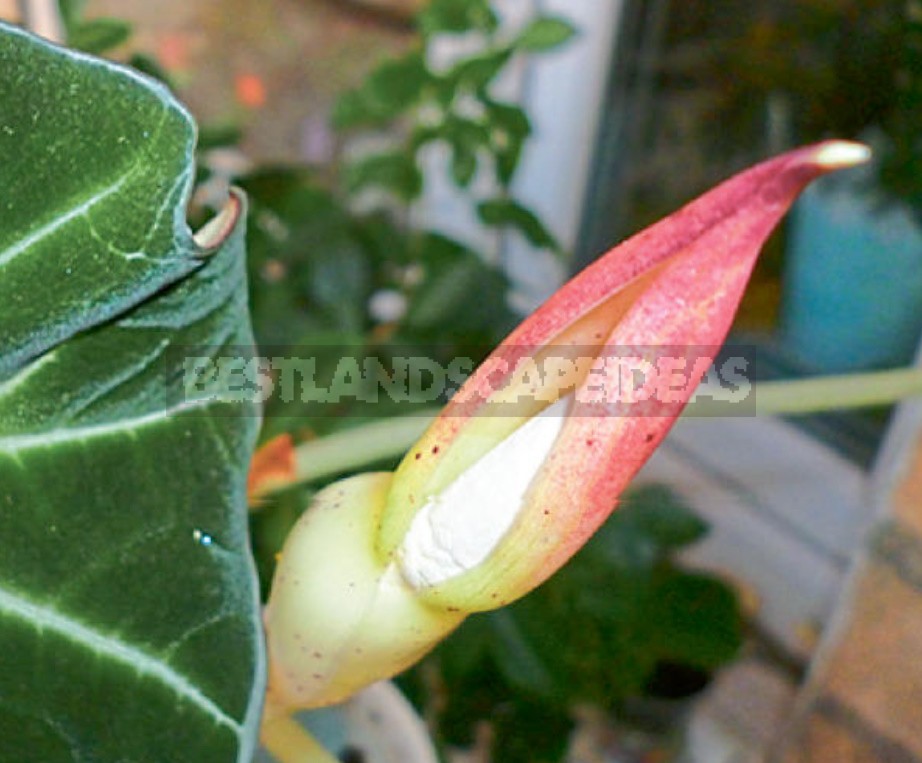 First, the cob appeared, and then, like all aroids, the veil opened.

Some growers remove the flowers so as not to weaken the plant. But if you still let your alocasia bloom, do not forget to provide it with decent care.

Houseplants For Happiness And Good Luck 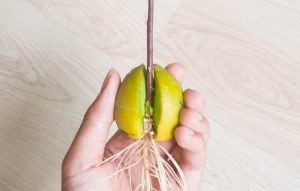 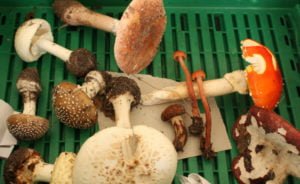 Top 10 Poisonous Mushrooms, Which are Just Not Worth it to Put in the Basket 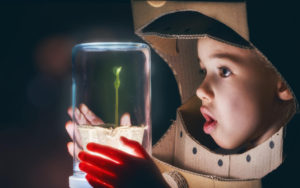 Plants in Space: the Possibilities of Space Agriculture