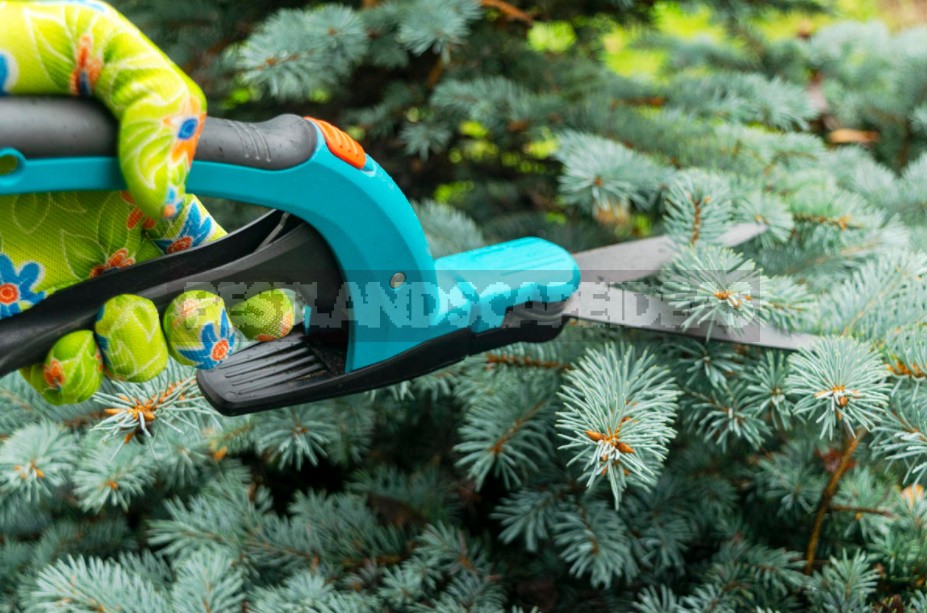 When to perform pruning

Now about the timing of pruning. Winter pruning begins when the danger of a drop in temperature to -15 degrees passes. This rule applies to all fruit plants, and it also applies to ornamental plants. Pruning large branches after swelling and budding leads to a noticeable weakening of the plant, as we remove its most important organ-the green leaf, to which the plant reacts very painfully. 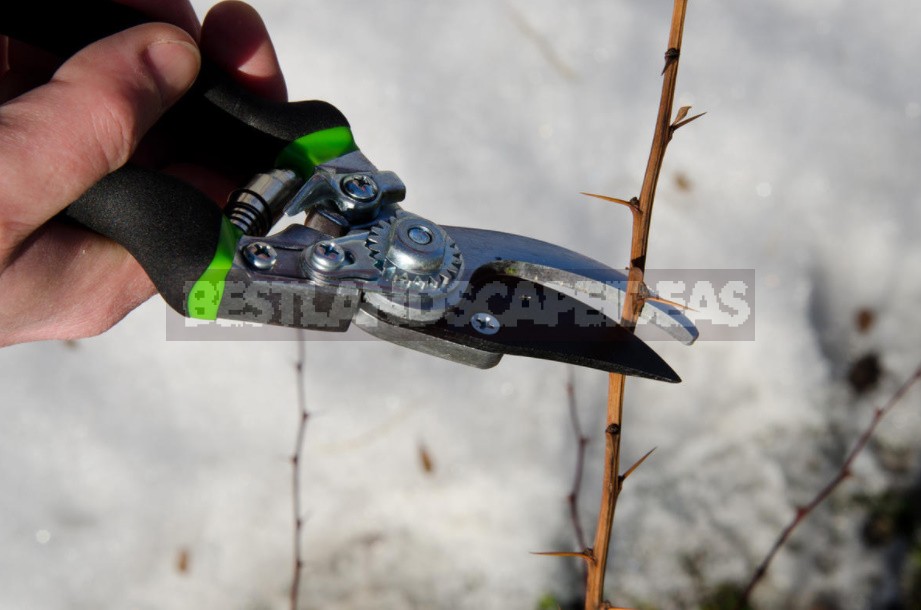 However, as with any rule, there is an exception in this one. It is known, for example, that birch, maple, hazel, horse chestnut are very early and abundant sap movement. Their pruning in traditional terms leads to the fact that the wounds are literally filled with juice, sour, attracting ants and aphids, then a black sooty fungus settles in this place, diseases develop.

This phenomenon is observed even if you cut off the branches in November: it is only necessary to warm the March sun, as the birches begin to cry bitter tears, and no garden var will help them. Hence the general opinion: birch trees, they say, react poorly to pruning. And you try to perform this operation in May, in the phase of the appearance and unfolding of the leaves, and once again make sure that only by approaching a living plant creatively, you can get the desired result.

A little bit about the summer terms of pruning. They should be linked to the operations that we want to carry out with the plant. If this is an adjustment of the consequences of winter pruning, then they are guided by phenological, and not calendar terms. It makes no sense to wait for the shoots to finish their linear growth and begin to lignify, then remove them completely or partially. The plant will suffer less if we do this in the phase of the beginning of active growth of shoots. 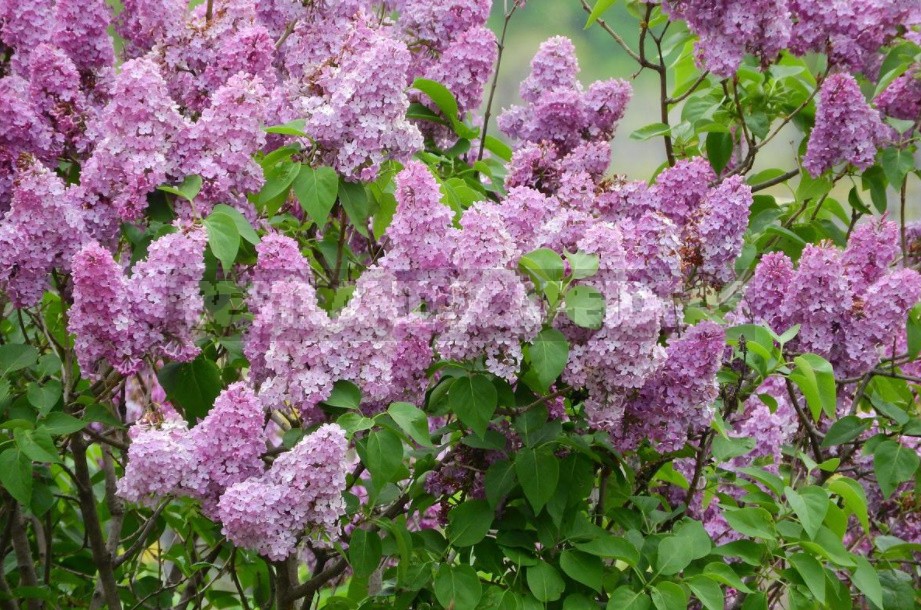 In addition, there are specific pruning dates for a number of crops. So, in lilac, it is recommended to remove faded inflorescences immediately after flowering to prevent the formation of seeds and improve the laying of flower buds; in some varieties of roses, when fading, the flower corolla remains on the plant, giving it a sloppy appearance, and a neat gardener in this case will also not leave his pets without attention.

Similarly, the faded inflorescences look in some spiraea: Spiraea japonica, Spiraea bumalda-brownish-gray, they are unattractive and also require significant expenditure of plastic substances of the plant for the formation of seeds. Removing wilted inflorescences, in addition, can cause a new wave of growth of shoots and flowering, prolonging the decorative effect of plants. 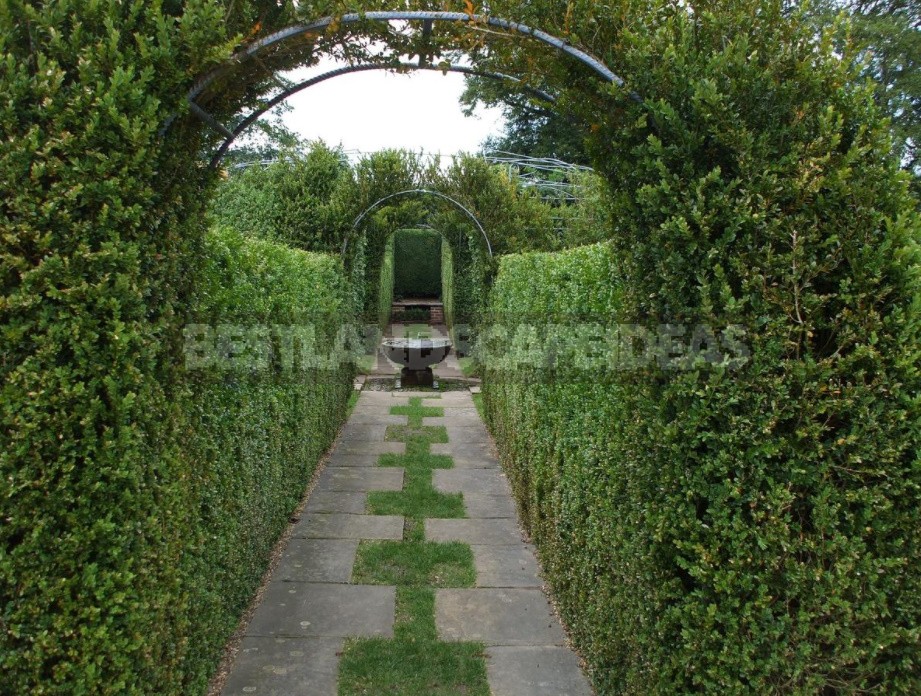 Hedges and molded plants are cut as the shoots grow back, and the last cut is recommended to be completed in the middle zone of gardening no later than mid-August.

To perform such a complex job, you need the right quality tools:

It is used for pruning branches up to 2.5 cm thick. There are several types of secateurs: with one-sided and two-sided cutting, with cutting and anti-cutting blades of different shapes and degrees of convexity.

For cutting branches of large diameters (up to 3-3. 5 cm), pruners with a ratchet mechanism or elongated handles are used. For pruning hedges, a bush pruner with long steel scissors or an electric cutter is used. In the upper sections of the crown, air pruners are used on long (up to 2.5 m) poles. 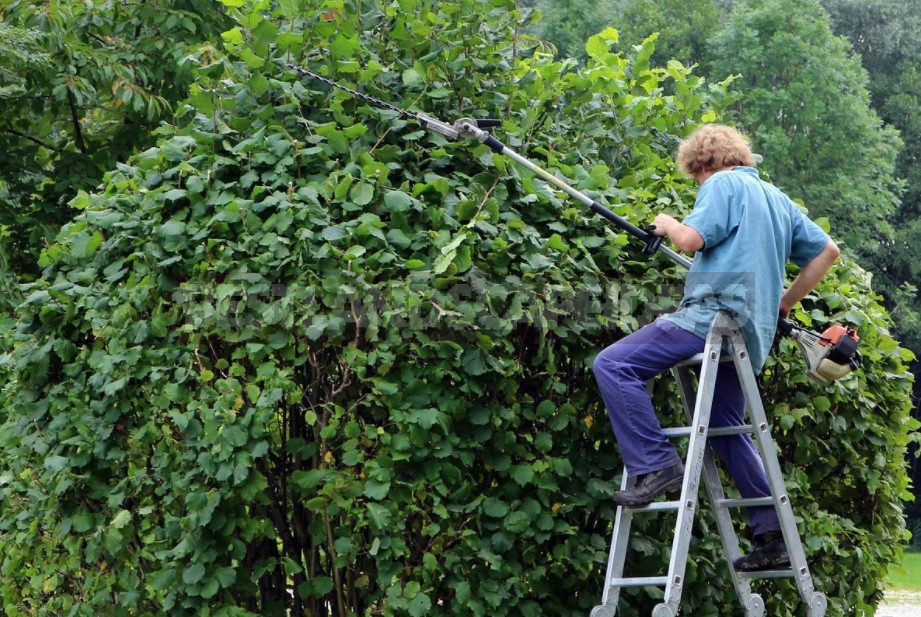 They cut out branches of large diameters. They come in two types: bow and hacksaw blades.

To form the plants, you will also need aluminum or copper wire and soft twine.

In conclusion, a few specific examples of pruning plants. However, to tell about it without a live object in front of your eyes is like learning to swim by correspondence.

Quite a convenient object to consider — Acer Platanoides. The appearance on the market of planting material of its varieties with decorative foliage color (‘Crimson King’, ‘Royal Red’, ‘Arthur King’, etc.) caused justified interest from gardeners. And now a couple of plants with dark purple and white-bordered (and there are also forms with golden!) foliage settled on our 15 acres. But Acer Platanoides can reach a height of 25-30 m and in just a few years it will win back most of the site. There is only one way out – to form plants of the desired habitus and keep their specified parameters by pruning.

First of all, it is necessary to determine the height of the stem: if you plan to form a relatively small plant, respectively, the stem (part of the trunk from the ground to the first skeletal branch) should not be very high-1.5-2.0 m; when forming a living arbor from a tree, in the shade of which you can arrange a place to rest, it is necessary to provide a higher stem — from 2.2 to 3 meters or more. 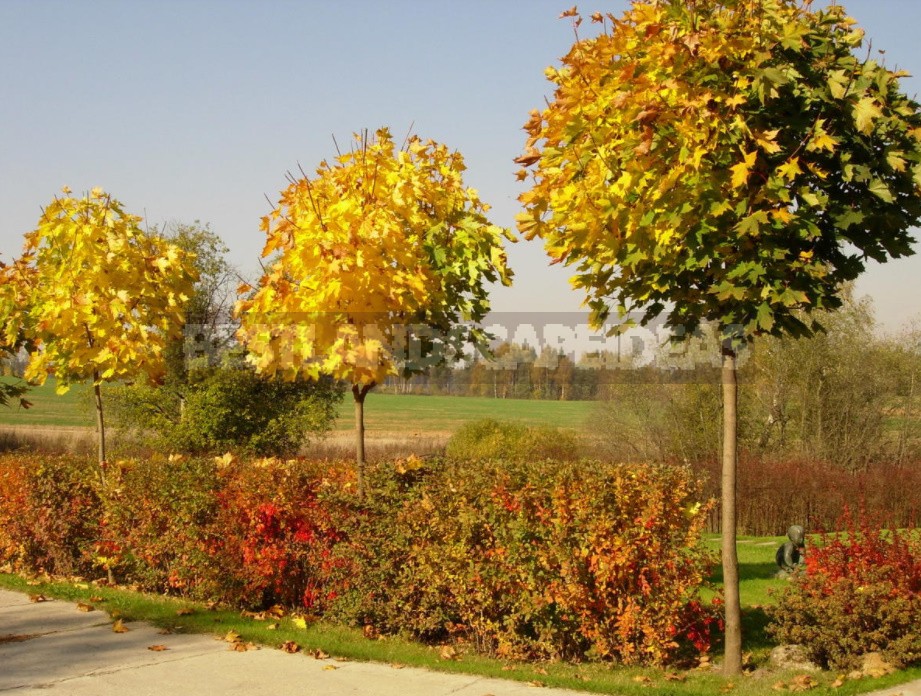 To do this, carefully cut out “on the ring” all the branches up to the planned first skeletal one (while remembering that the height of the stem remains unchanged throughout the life of the tree and is set during the forming pruning). Sometimes small overgrown branches (thickening shoots) are left on the stem, removing them at a later date.

If the height of the plant is insufficient, a central conductor is formed. To do this, one of the two strongest shoots is removed, and the second is given a vertical position by a garter to the support. When the desired height is reached, the central conductor is dropped, that is, it is subjected to shortening pruning in order to lay the skeletal branches of the future tree.

Acer Platanoides and its decorative forms have a large shoot-forming ability (the length of the annual growth can reach 1 meter or more), so the formed crown can be kept in the specified parameters only with the help of shortening pruning, carried out at least once every 2 years.

Now about the principles of pruning grafted stamp forms. Plants with a high shoot-forming ability (especially weeping forms) are cut quite short. Otherwise, the hanging branches will begin to obscure the stem of the plant, and in general it will not look like a green gazebo or umbrella, but rather will look like a green hummock. On the contrary, plants formed in the form of a ball are subjected annually to only light corrective pruning.

When pruning beautifully flowering shrubs (such as, for example, Philadelphia coronarius), first of all, carry out sanitary cutting of broken branches lying on the ground, interfering with the passage or view. 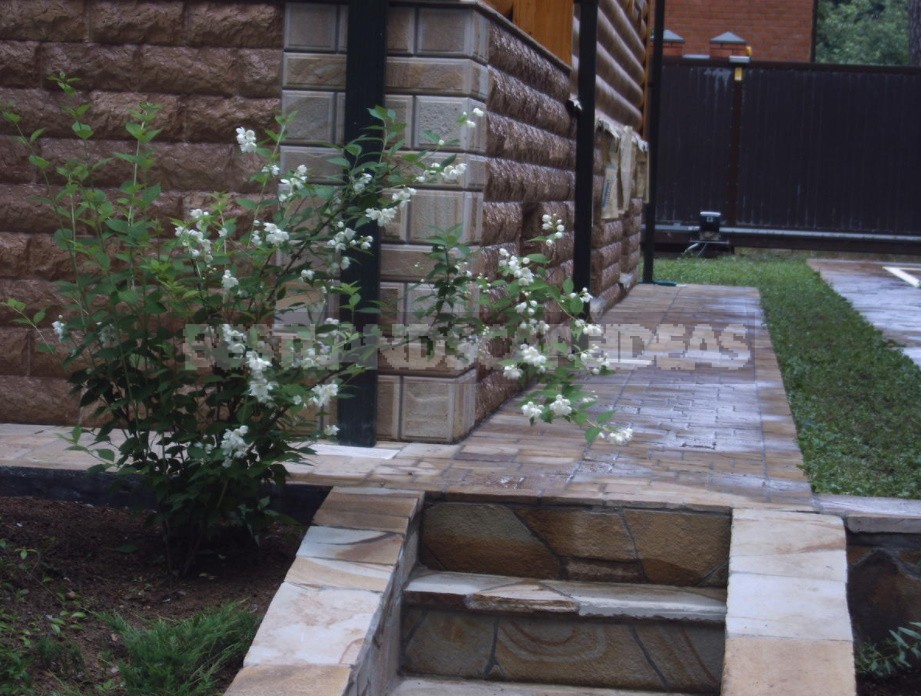 With age, Philadelphus tend to thicken the crown and expose the lower part of the bush, so the arched branches are transferred to vertically growing strong increments, and some of the weak branches of the zero order are cut out completely, thereby lightening the crown. Shortening pruning is almost not used, so as not to remove the flower buds that form at the ends of the branches, thereby weakening the flowering. 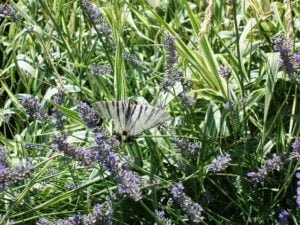 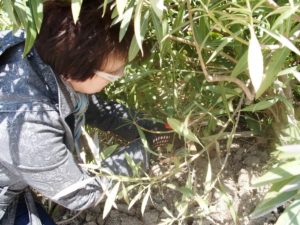 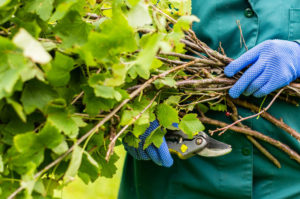 Plants That Need to Be Cut in the Fall