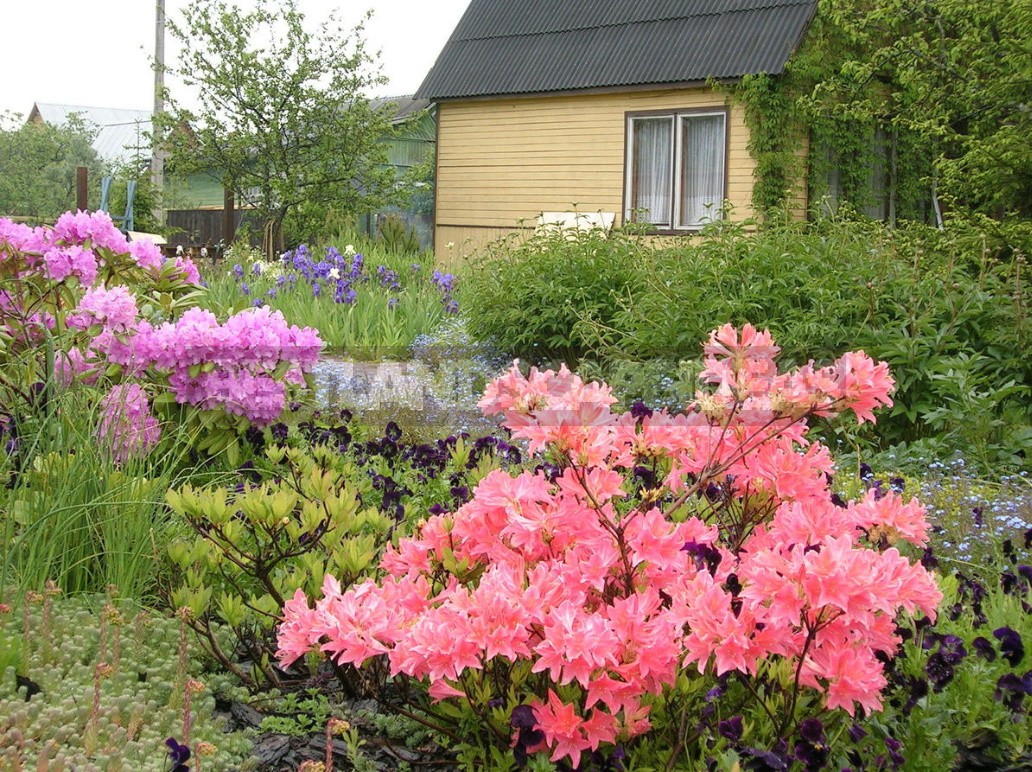 You can achieve good growth and abundant flowering of rhododendrons if you learn to follow the 7 main agrotechnical rules.

The best option – slightly half-shaded spot near the water. Avoid hollows where surface water stagnates and cold air accumulates. The landing site must be protected from the drying and cold wind. At the same time, deciduous rhododendrons do not require shading and are less demanding to soil conditions.

Well-aerated and water-permeable soils with a sufficiently high humus content are suitable for rhododendrons. Peat soil or a mixture of peat and sand is best for this purpose. The General requirement for all soils is an acidic reaction of the environment. Rhododendrons grow well and develop at a pH of 3-5. 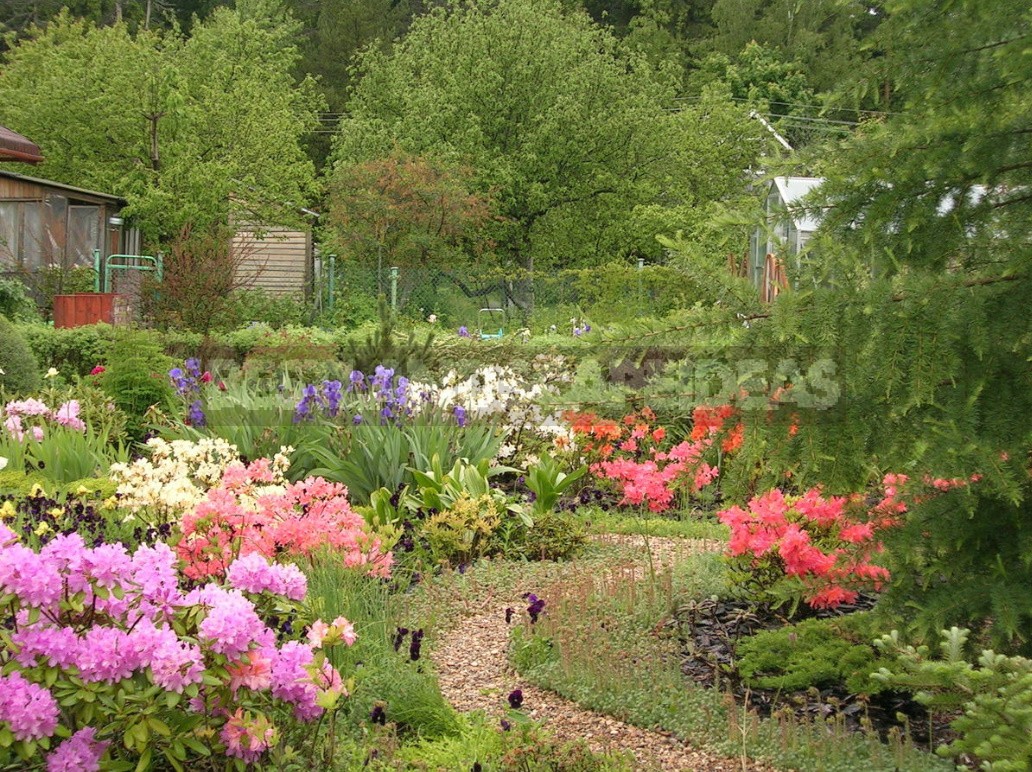 For one Bush and prepare the planting hole with a width of 60-70 cm, 30-40 cm depth On heavy clay soils, the pit should be less deep (15-20 cm), but much wider (1.0–1.2 m). It is filled with top peat or previously prepared soil mixture. Below you can see the scheme of planting rhododendrons: on the left-on light soil, on the right — on heavy; the dotted line shows the filling of the planting pit with a soil mixture.

As such a mixture can be recommended compositions:

It is best to use 3-year-old plants with a closed root system. If desired, you can use 1-2-year-old seedlings or plants aged 4 years or older. Planting young plants is best done in the spring, before the beginning of vegetation or at the very beginning of the growth of shoots. But autumn planting is also possible — in September, provided that the seedlings were grown in the open ground. Seedlings with a closed root system can be planted throughout the season.

The plant in a container or with a lump of earth is placed in a container with water and kept until the entire lump is saturated with moisture. Then remove the plant from the container and place it in the prepared planting pit. They are sunk into the soil so that the upper part of the root ball from the container is at the level of the soil surface at the landing site. You can not bury the root neck of the rhododendron! If this rule is violated, the plants stop blooming, and eventually die. 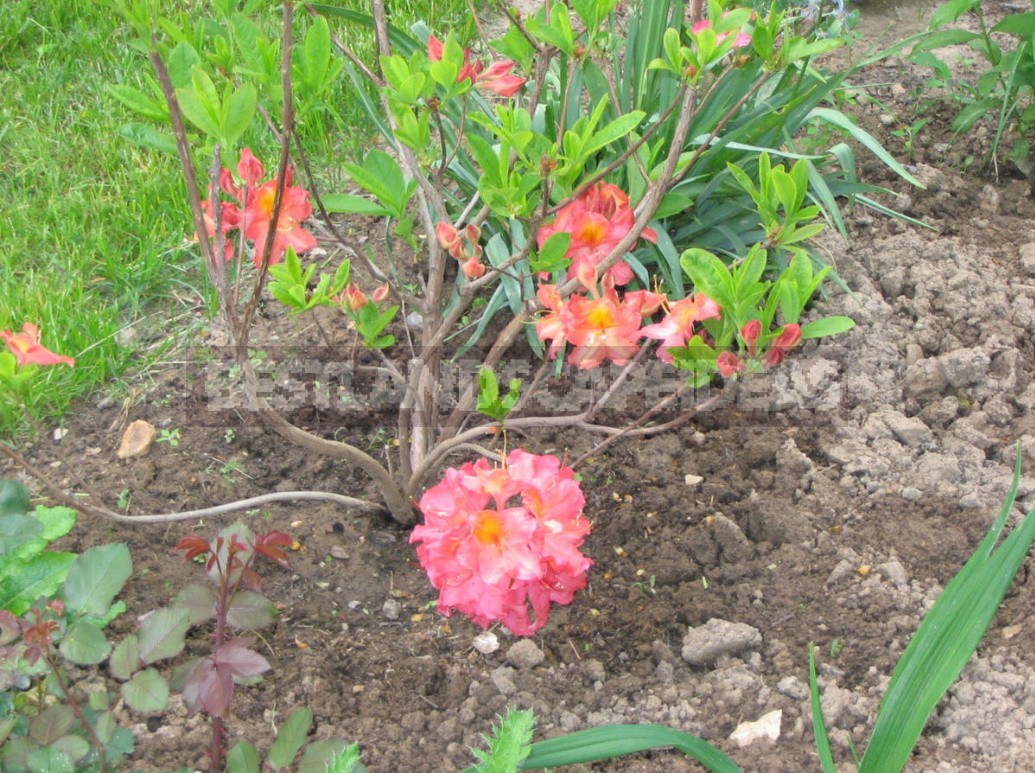 Around the landing site, a small roller is formed from the ground and water is gradually poured until the ground is completely saturated with moisture. After 1-2 weeks, the soil is leveled, leaving a small depression in order to retain water when watering. When planting a group of plants, the distance between the bushes should be at least 1 m. Medium–sized bushes are planted at a distance of 0.7-1.5 m, tall-2-2. 5 m.

Twice a year: at the end of flowering and in early July — it is necessary to feed the rhododendrons with mixtures of mineral fertilizers. For liquid top dressing, 20 g of fertilizer is dissolved in 10 liters of water. You can just scatter it in a dry form around the bushes at the rate of 100 g per 1 m².

Very good results are obtained by using mixtures of acidic fertilizers: ammonium sulphate, superphosphate, potassium sulfate and magnesium sulfate in the ratio 9:10:4:2. It is best to make this mixture in three stages: 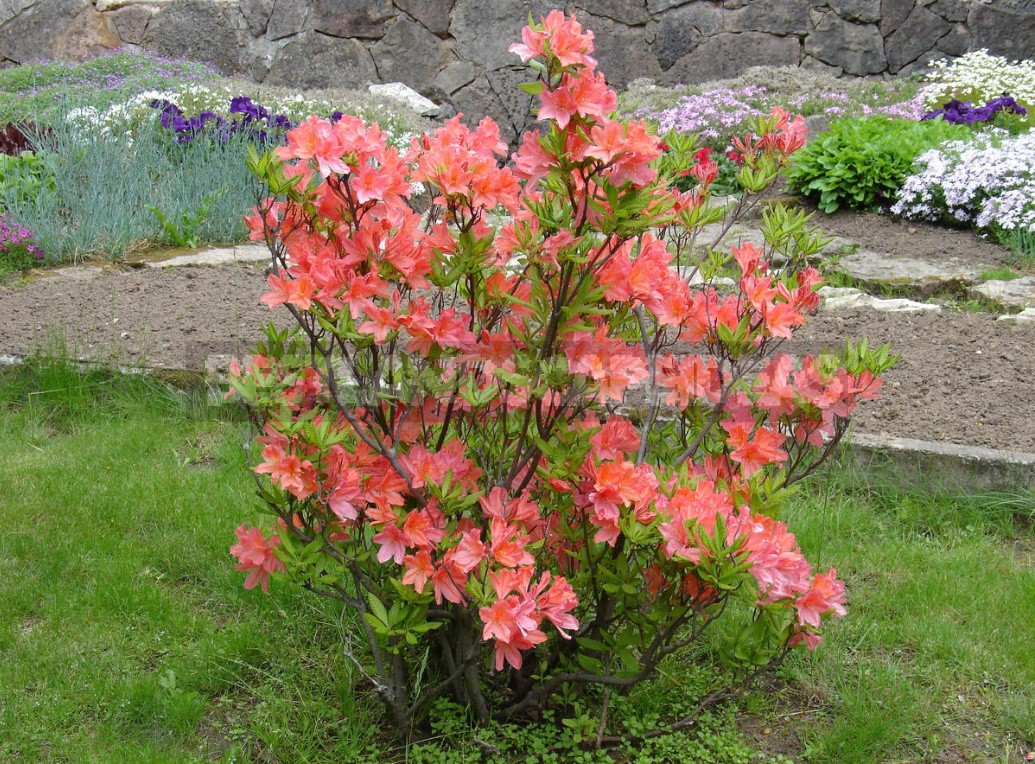 The rhododendrons are required, and organic fertilizer. It is best to use sour riding peat. If it is not present, you can apply rotted manure, but use it very carefully, in small quantities and only in spring or early summer. In no case should fresh manure be used! 0.5 liters of fermented slurry is diluted in a bucket of water and used for watering 4 m².

Trace elements are needed in very small amounts. If the substrate includes leafy earth and needles, they contain a sufficient amount of trace elements.

Usually the watering rate is 1-1. 5 buckets 2-3 times a week for an adult plant. Young seedlings are watered more often, but no more than 0.5 buckets per 1 Bush. During flowering, the plants are watered more often. If the autumn period is dry weather, the plants should also be watered abundantly, this contributes to a better overwintering. In dry and hot weather, the bushes are sprayed with water.

READ  Seven Times Measure, or the ABCs of Pruning 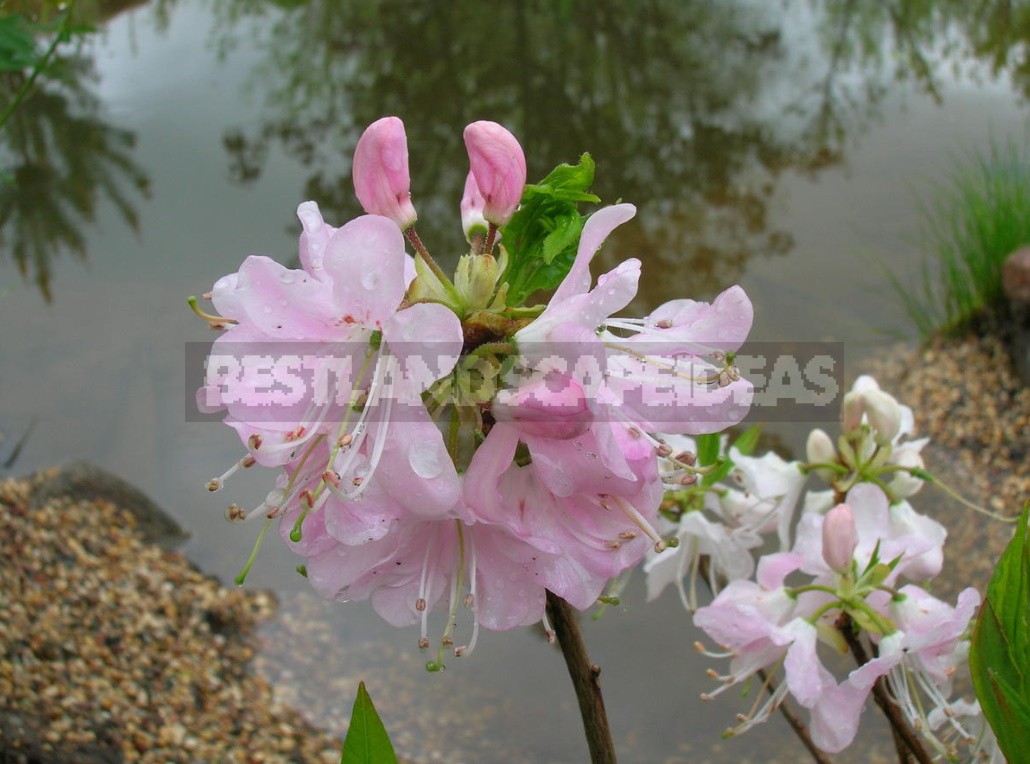 The pH of the water used for irrigation is of great importance. It should be no more than 4-5 units, otherwise the rhododendrons begin to hurt, which is manifested in the form of yellowing of the leaves. Then the leaves begin to dry up, and then the entire plant dies. To avoid this, the water before watering is acidified with either concentrated sulfuric acid (1 ml per bucket of water), or oxalic, citric, acetic or other organic acids (3-4 g per bucket of water).

It is best to use sawdust or bark of woody plants, you can-fallen needles or foliage, straw or a mixture of several of the above components will do. Mulch is scattered around the Bush with a layer of 5-7 cm thick (you can add more than 10-12 cm). The radius of the mulch circle is 0.5-0.7 m or corresponds to the diameter of the crown. 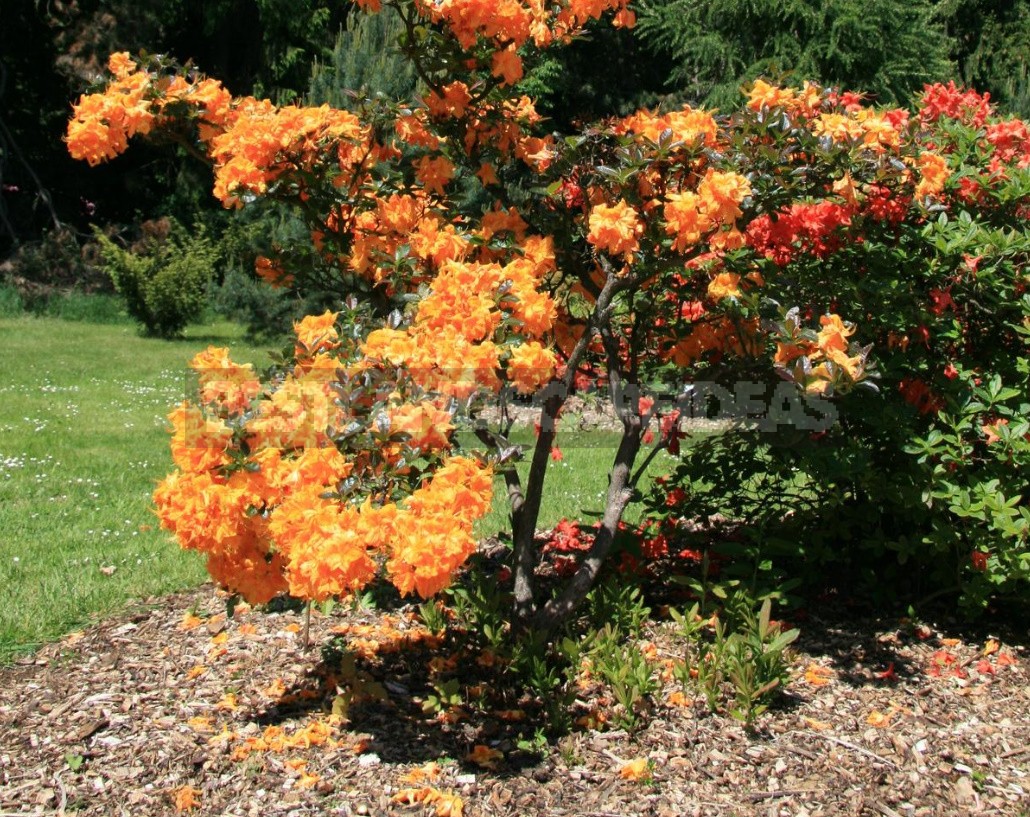 And finally: do not loosen the soil around the rhododendrons! Their root system lies very close to the surface, so weeds under bushes should be removed manually.

How To Plant And Care For Common Purslane
Rockery: the Choice of Location
Meilland Roses: French Charm
Many-Faced Erigeron - There Are Many Spectacular Species