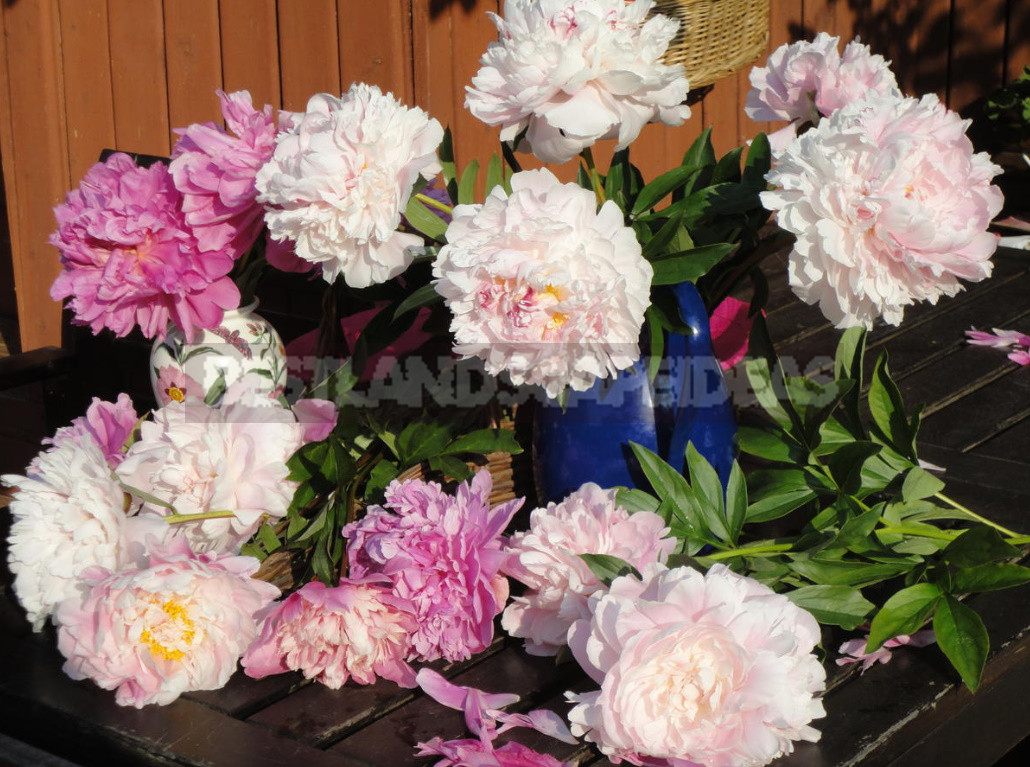 I do not know a single person, even far from floriculture, which would not have frozen in silent amazement, seeing in my garden American hybrid ‘Henry Bockstoce’. How could you not marvel at the sight of the huge with the baby’s head, double flowers with brilliant garnet-red petals, sitting on strong stalks? In the center of the flower is a characteristic round Bud, resembling a sheared pompom on the head of a poodle. This is a miracle of nature – a constant favorite of exhibitions and the winner in the category “Audience award”. 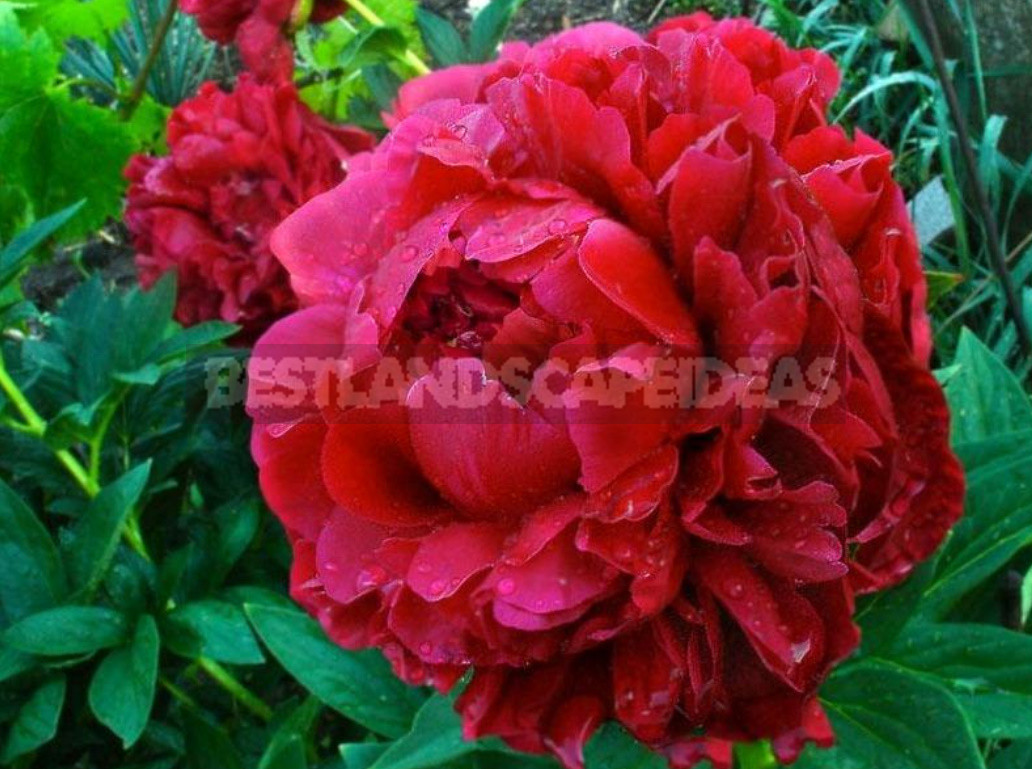 Also attract the attention of ‘Red Charm’ and ‘Grace Red’: both are dark red, early time of flowering, globose, pinkish, multiple winners exhibitions. They are distinguished by high economic qualities: bushes of harmonious shape, bloom profusely, hold a flower for a long time, are good both in cutting and in the garden. 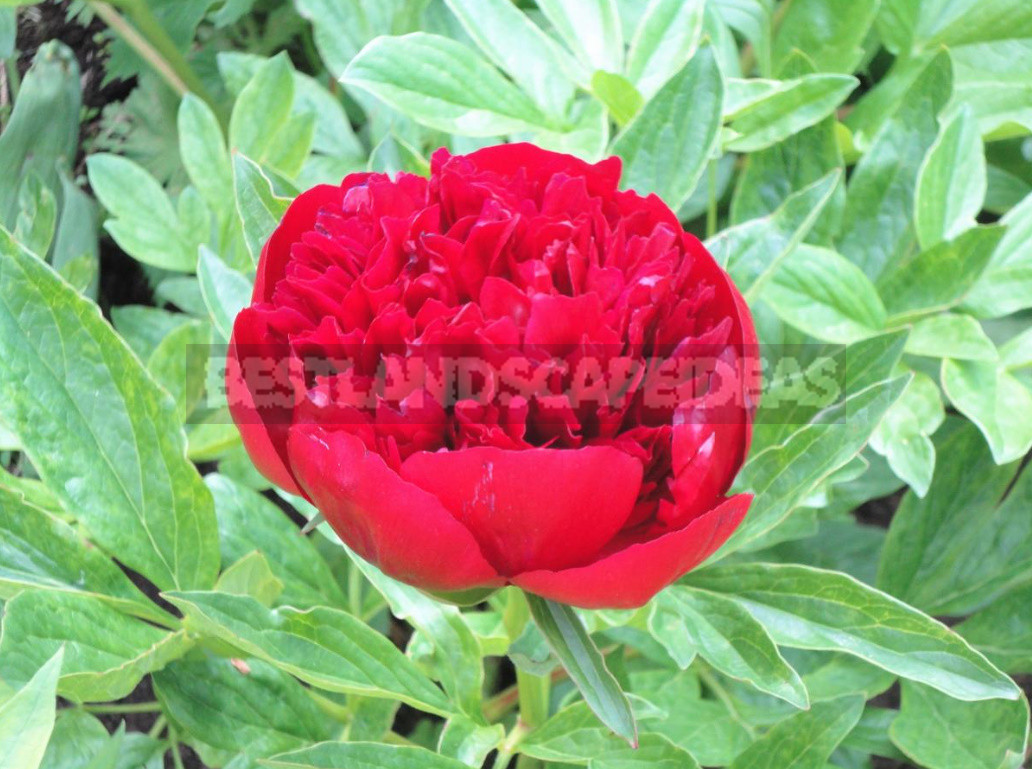 From pink varieties for mandatory use can be recommended outstanding peony American selection ‘Kansas’ with delightful large (up to 20 cm in diameter) flowers unprecedented glowing bright red color with a lilac tint.

And white peonies enormous success enjoyed ‘Miss America’. This is a semi-double variety, the white flowers of which with the middle of the yellow staminodes look like a large Daisy with a diameter of up to 25 cm! However, the peony is capricious and grows very slowly! 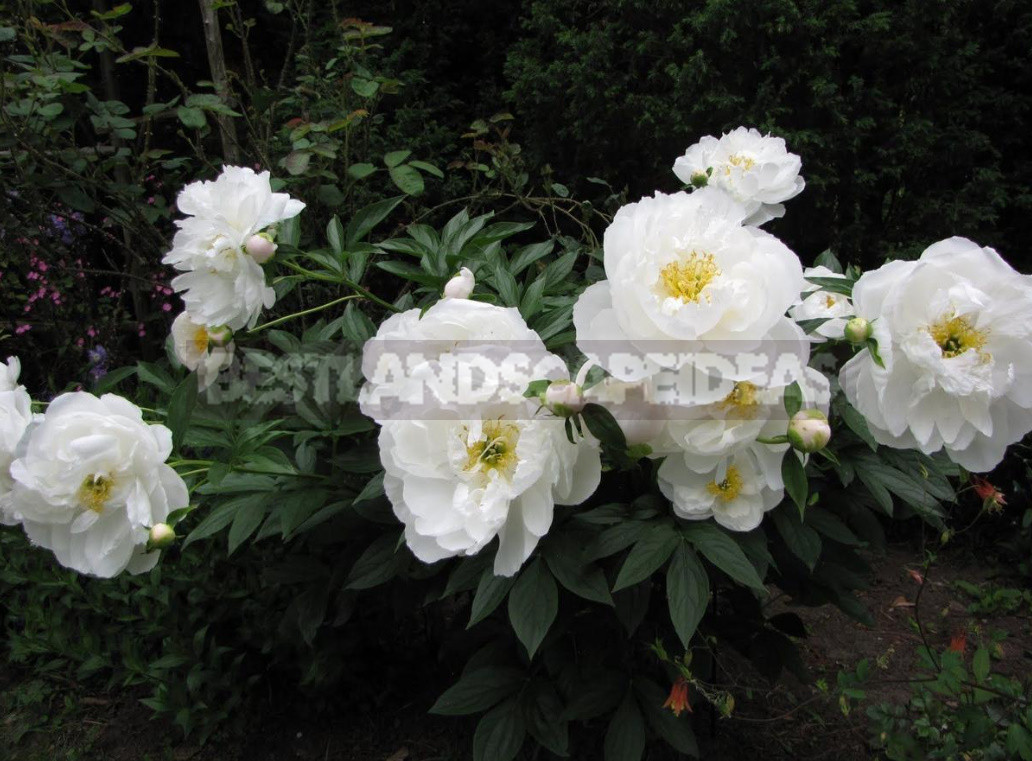 Alternatively, you can plant a very similar ‘Bu Te’ with a Japanese flower shape, large petals in a row and a core of staminode yolk color, which makes it look like scrambled eggs. The variety is fragrant, it is very effective in the landscape of the garden. 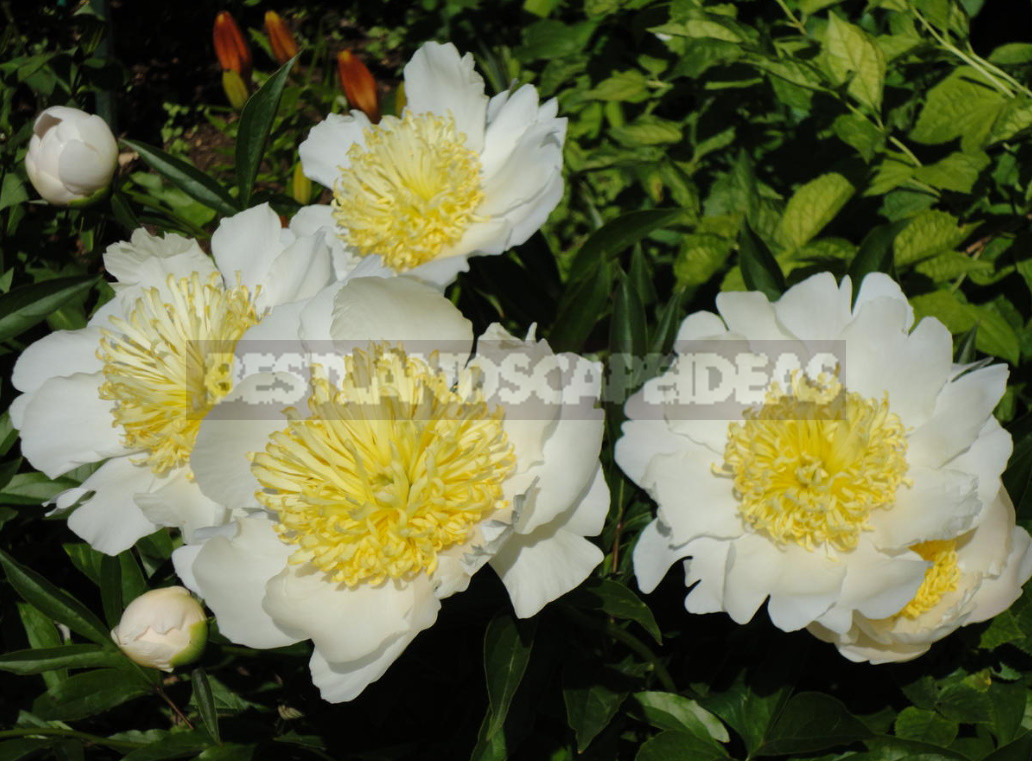 Work on interspecies hybridization led to the emergence of the so-called coral series, which included ‘Coral Charm’, ‘Coral Supreme’, ‘Coral Sunset’, ‘Coral Pink’, ‘Coral Queen’, ‘Pink Hawaiian Coral’ and a number of others. 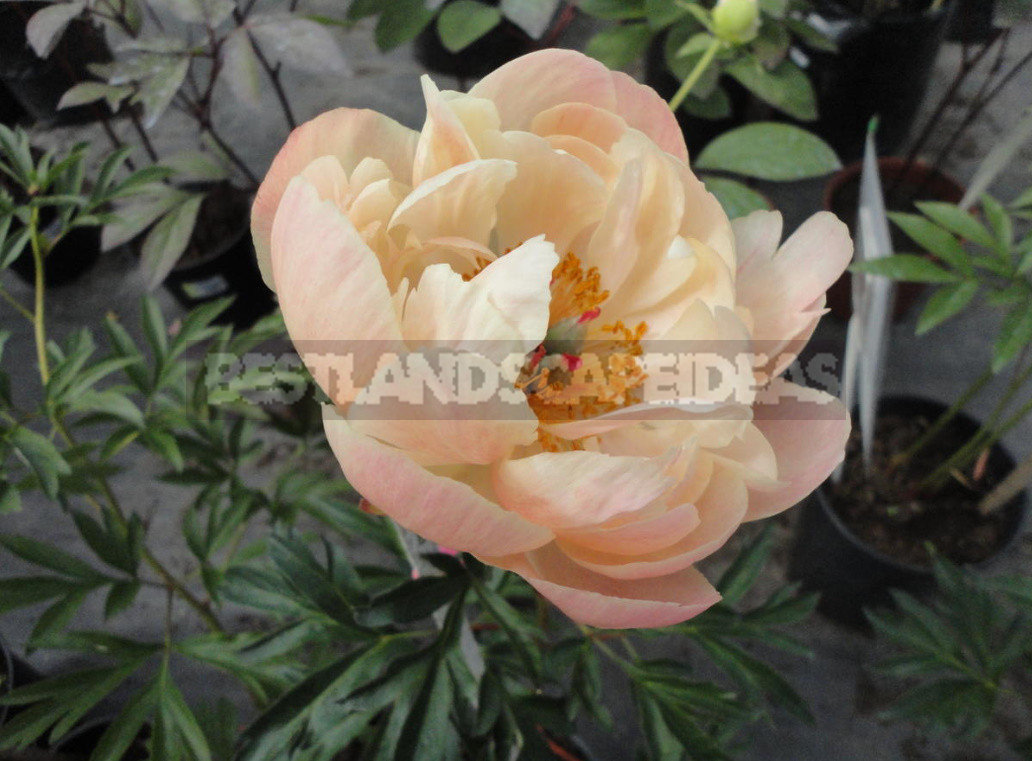 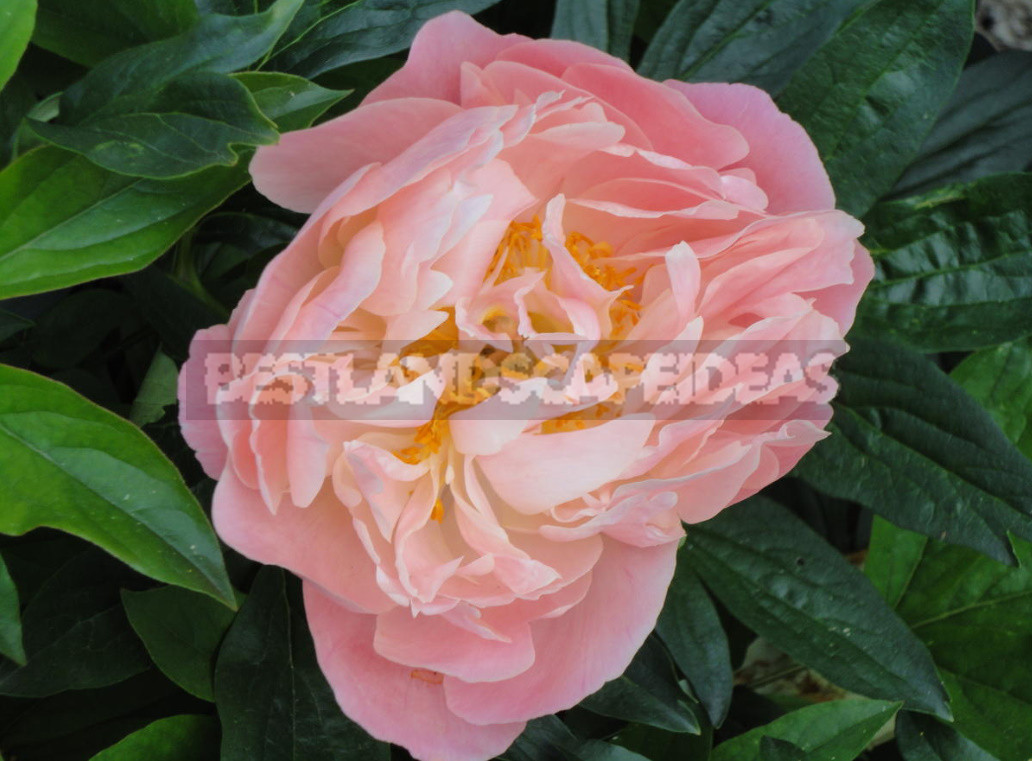 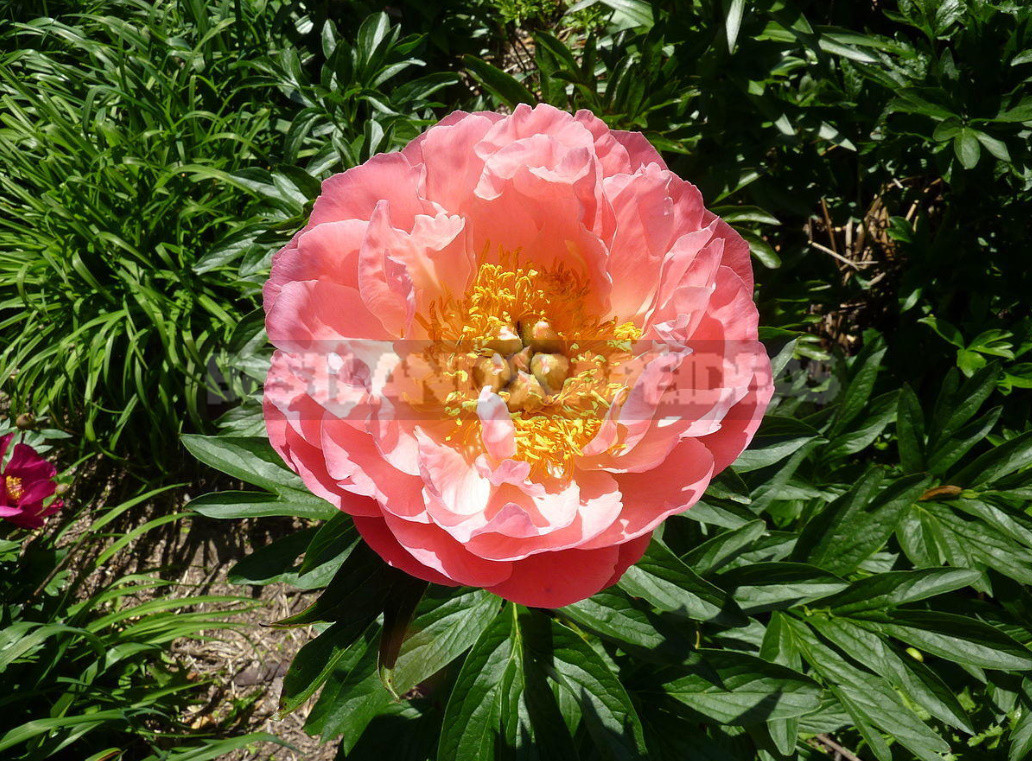 Here I must say that long before the advent of fashion innovations, which are not the first year maddening all fans of peonies, in 1953 was received absolutely unique hybrid ‘Cytherea’. It blooms in a relatively early period, the flowers are in the form of large flowers bathhouse glowing bright pink. 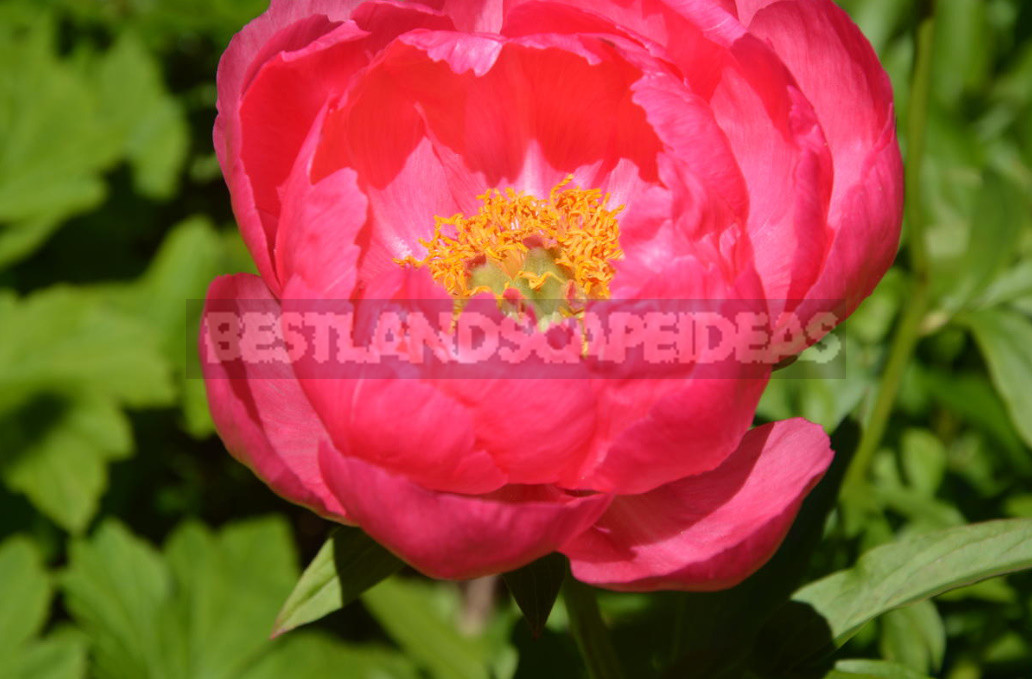 Later begin the magical transformation of a flower gradually acquires salmon hue, and at the end of flowering becomes pale pink. And interestingly, the flowers of all colors are on the Bush at the same time – a stunning sight! In inclement weather and in the evening flowers close their doors. 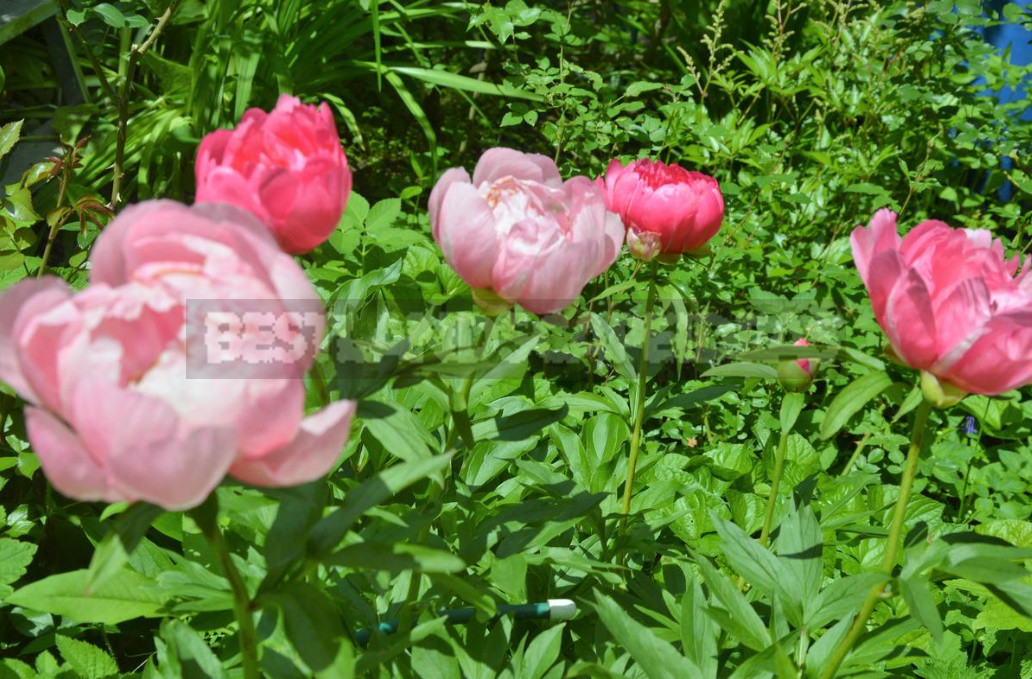 This hybrid remains an absolute favorite among coral and has numerous awards of the American society of peonies. But for him we should race and do not skimp on purchasing it. We must admit that almost all coral specimens there are 2 drawbacks: high price and extremely unpleasant smell. Let the latter circumstance serve, though weak, but a consolation for those who have long dreamed, but can not settle fashionable varieties in his garden.

READ  Planting Bulbs in Autumn: if All the Deadlines Have Passed 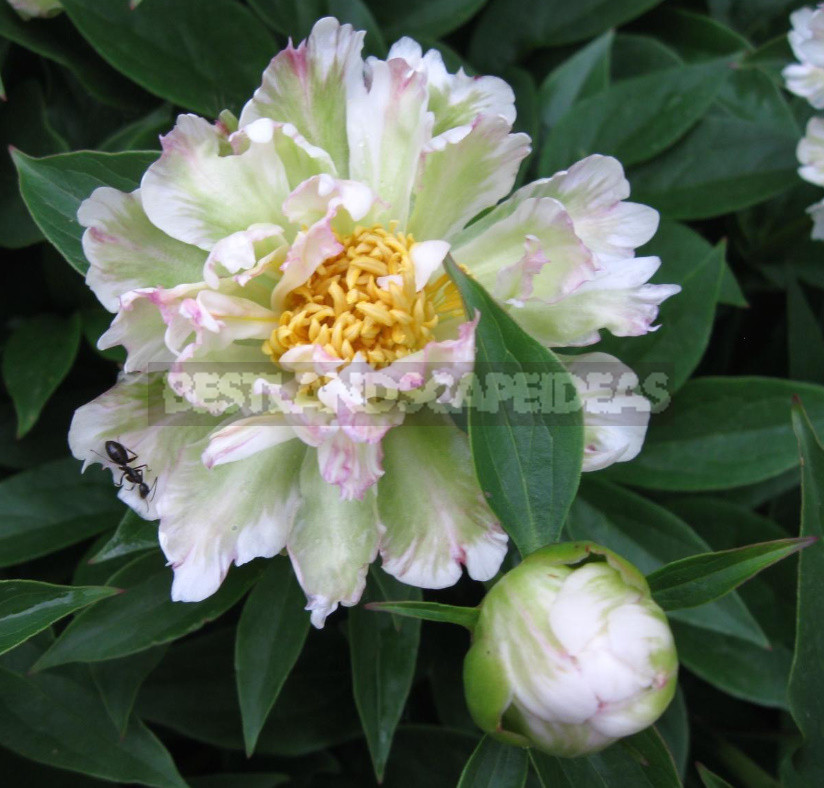 The demand vector is gradually shifting towards hybrids with anemone and Japanese flower shape. Among the most popular: 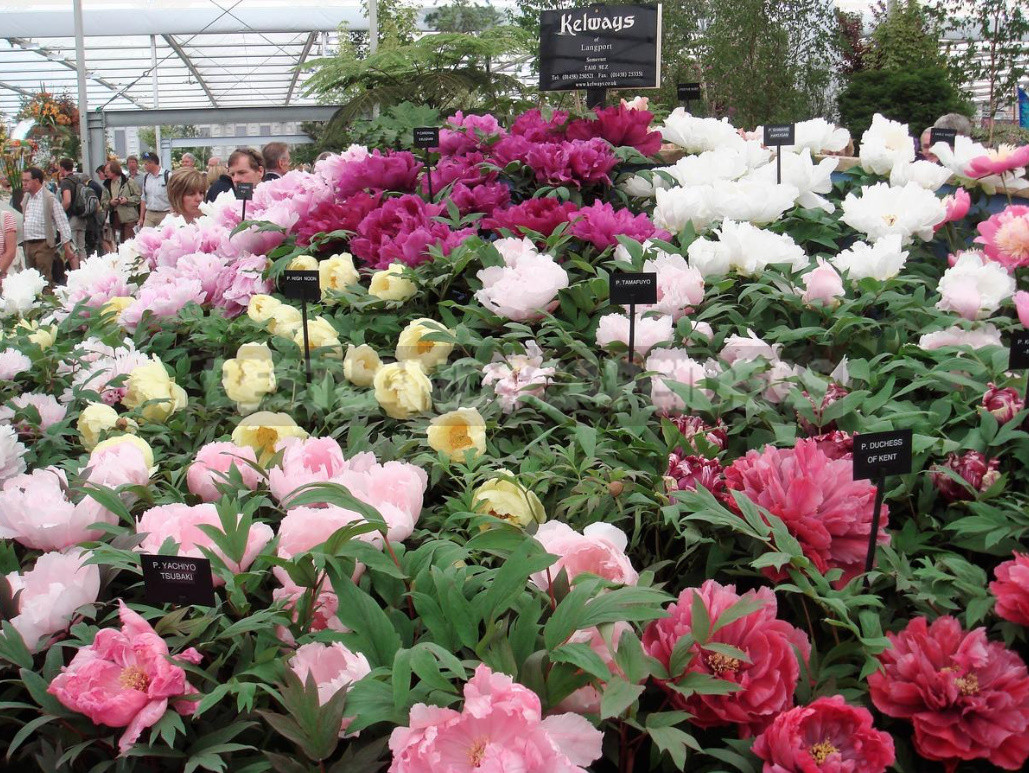 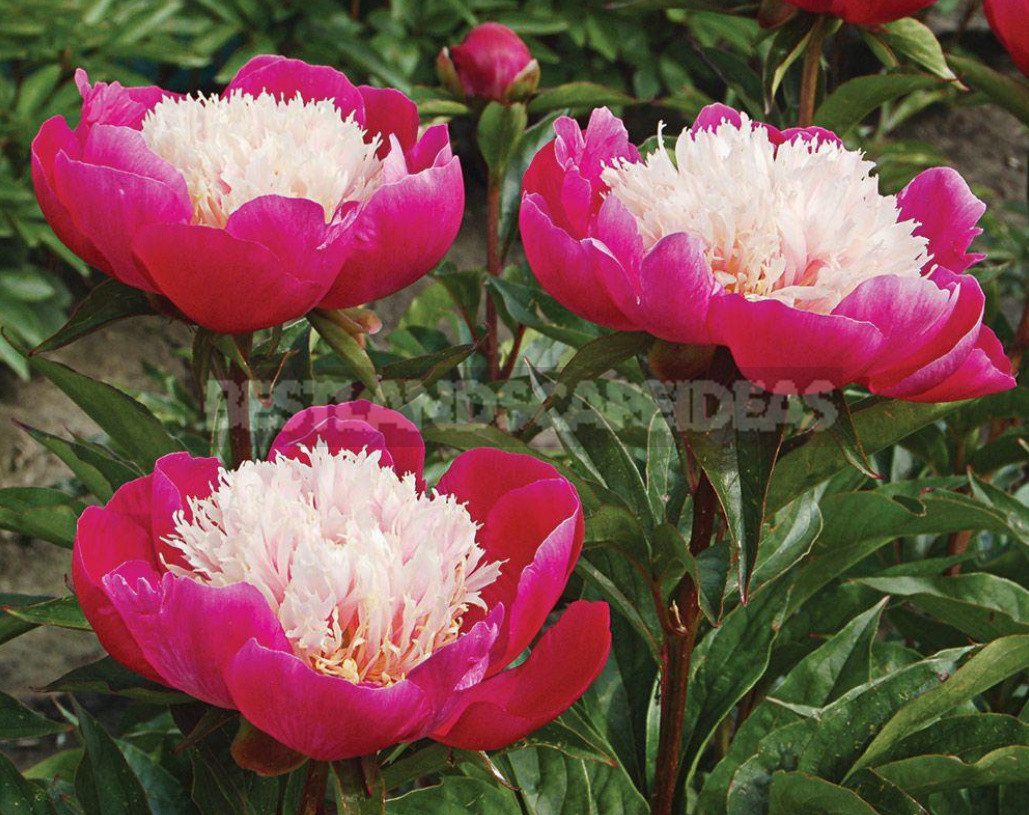 While still the mass consciousness of domestic fans of peonies hardly perceives varieties with anemone and Japanese flower shape, although the most advanced gardeners have already managed to make a collection of such varieties, which every year becomes more and more. We have yet to appreciate the elegance and beauty of such peonies. The future is probably with them.

How To Plant And Care For Decorative Sunflower
Purple Fantasy: Plants for Flower Garden in Fashionable Colors
Red Clover is an Excellent Female Doctor
Echinacea: Cultivation, Use (Part 2) 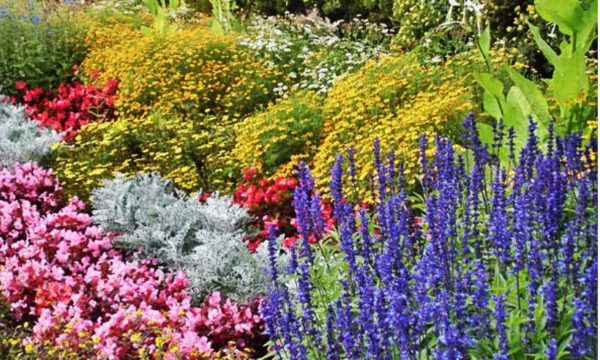